Brad Moore is one of those people/photographers that you can tell upon first glance that there is something going on beneath the surface of his calm, elegant demeanor. He’s a smart photographer, and better yet, a photographer with a quiet sense of humor. And that gets my vote. A Hot Shot winner, and now represented by Jen Bekman, this California native has his observation chops down pat.

“These photographs were shot in modest, well-worn, suburban cities in central and inland Southern California. Built in the 50s and 60s, these cities provided a new home and future to a post-war population. While Southern California’s coastal cities flourish, cities in these inland counties struggle. Future prosperity and civic health seem to come primarily from growing ethnic populations, which are reviving and recreating these cities for their communities.

I grew up in North Orange County and attended school in inland Riverside County. After 25 years I returned, and was fascinated by their simultaneous decline and growth. I see these areas differently from places I have never been. Knowing what was, and now what is influences my approach. I’ve avoided traditional, documentary-style photography; instead I have photographed select buildings and shrubbery in primarily static, symmetrical compositions, reflecting change, irony and evolution.” 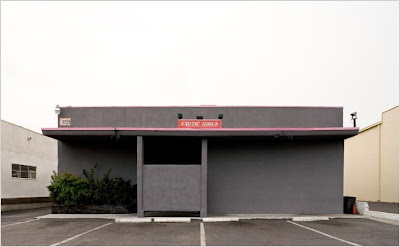 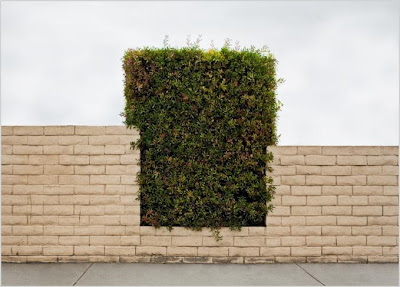 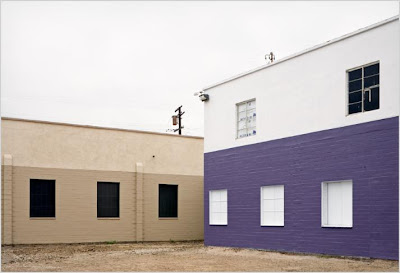 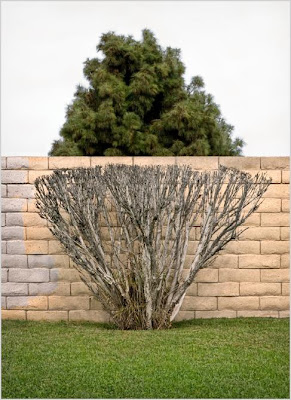 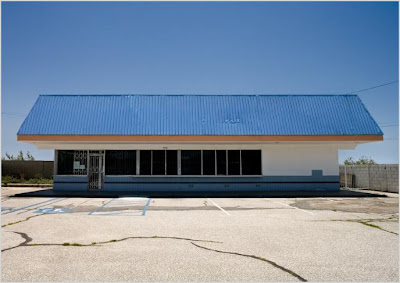 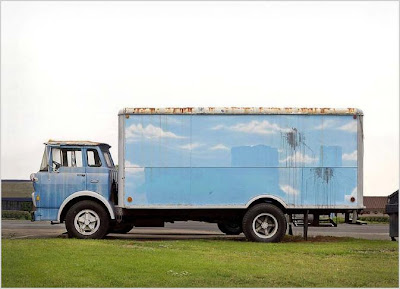 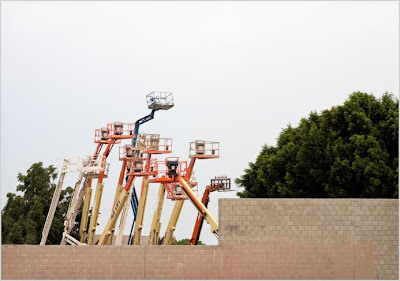 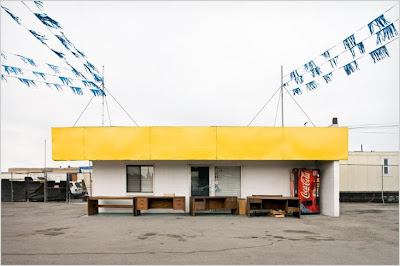 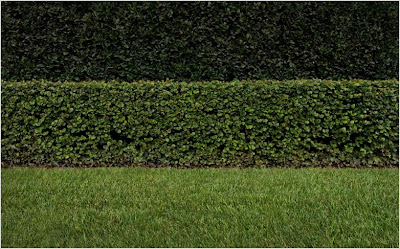 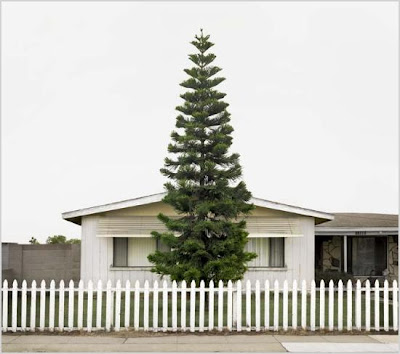 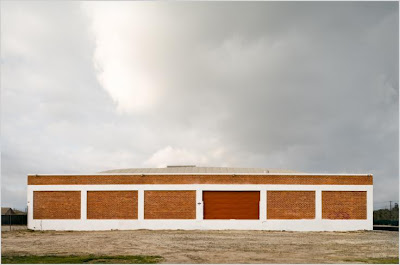