I came across G.M.B. Akash’s work in the new issue of Lunatic Magazine. The featured series, Take Me Home, are thrilling photographs of everyday train travel in Bangladesh–the blur, the speed, the fear, the chaos, all captured with the eyes of someone who has seen many things. Mr. Akash’s roster of awards, publications, and exhibitions is lengthy, but more importantly his site is rich with his insights into the world. He’s not afraid to keep his lens turned onto the incredible difficulties of sustaining a life in third world countries. His is a much appreciated and much needed photographic voice.

Take me Home
Due to Bangladesh’s large population, inadequate seats on the trains and poverty, it is quite common to see a thick layer of people occupying the roof of a train. Frequent accidents, which occur when a free rider slips, are not enough to deter these stowaways of the railway. 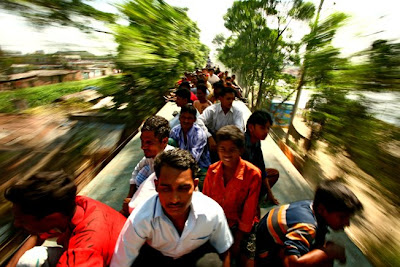 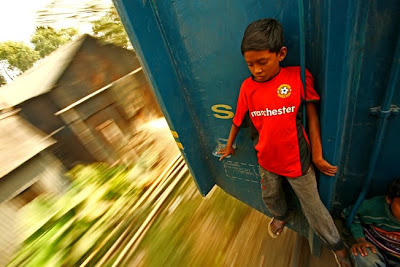 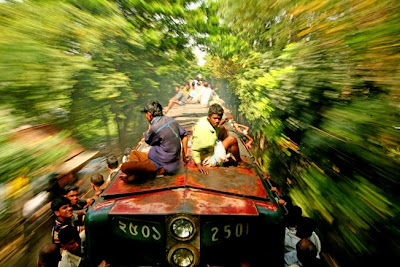 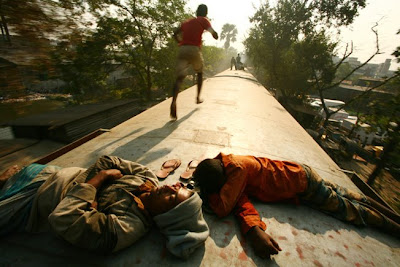 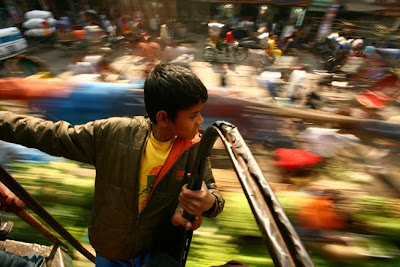 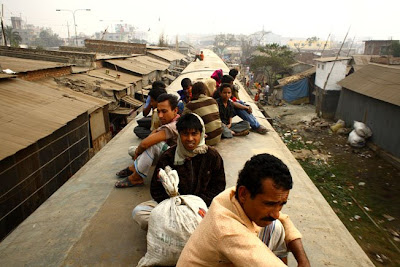 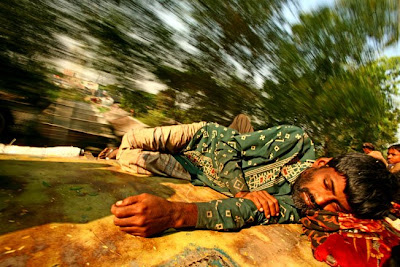 Life at the dump yard
It is a place that in guaranteed to play havoc with the olfactory glands of the passers-by. The unsightly land with nothing but garbage spread across a vast area, will induce dizziness and a throbbing headache in an average person with in a few minutes. Although the normal instincts of the citizens dictate them to avoid passing the toxic dump yard at all costs, there is a huge group of people who eke out a living from collecting ands selling ‘Bhangari’ (broken pieces of junk). 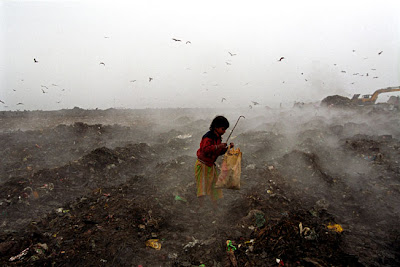 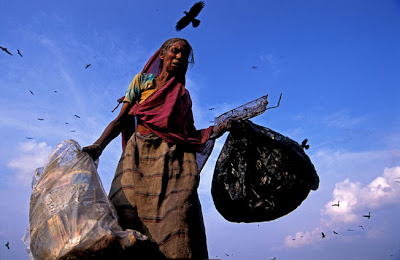 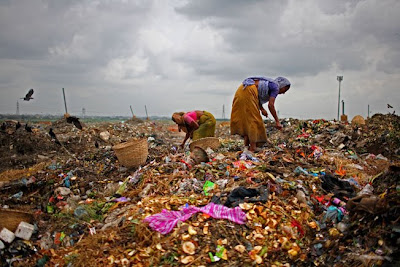 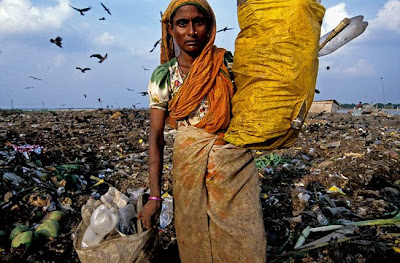 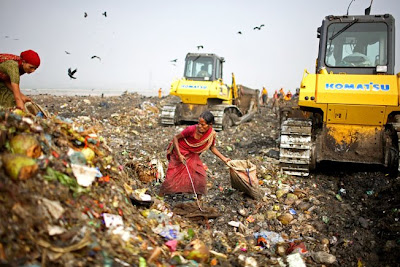 Stone Scavengers of Jaflong
At least 10,000 people including over 2500 women and 1000 child laborers are engaged in stone and sand collection from the ‘Bollar Ghat’ on the bank of the Piyain river in Jafflong. The Mari river is coming from the great Himalayas of India, which bringing million tons of stone boulders with its tide. The group of people whose average income is less then 150 taka per day (about 2 USD) Stone extraction goes on in the area for about eight months a year, except the rainy season. Every day, about 200 trucks carry stones to Sylhet and other places. .Jafflong, Sylhet, Bangladesh. 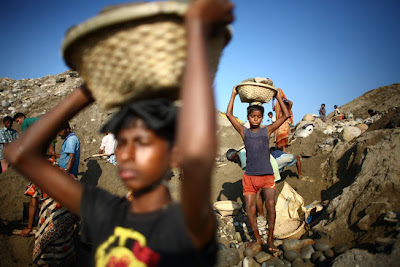 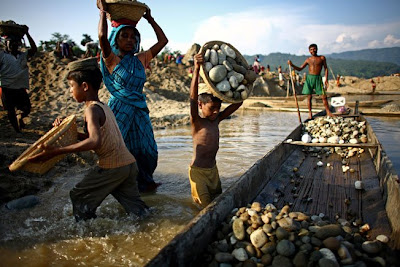 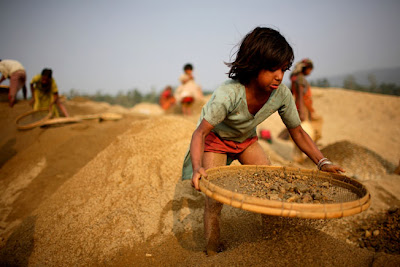 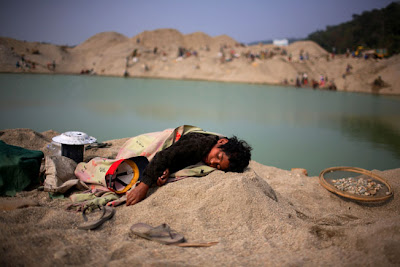