Gallery Beaugeste is considered by the Shanghai photographers and gallerists I met on my trip to be perhaps the most “pure” and traditional of the venues exhibiting photography in Shanghai. Curator Jean Loh tends to show work by the quiet masters who have been pursuing their craft and story-telling for years with little regard to what is fashionable. I had several enjoyable conversations with Jean about photography, and wanted to share the work of three of his artists with a wider audience.

Lu Yuanmin – “Lomo Yuanmin”
Recognized as one of Shanghai’s most important documentary and humanistic photographers, Lu Yuanmin decided several years ago to embark upon a new way of shooting. Using a 35mm lomo camera (similar to a Diana), he bought a stock of outdated and no longer manufactured Chinese-made film and began shooting his familiar neighborhood with this toy-like camera. 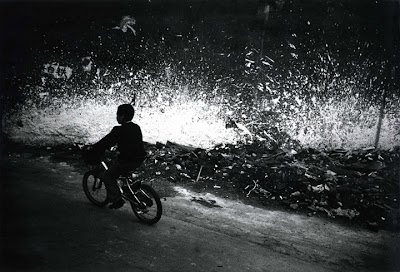 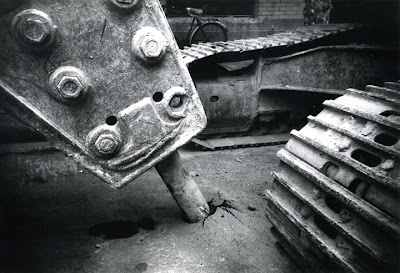 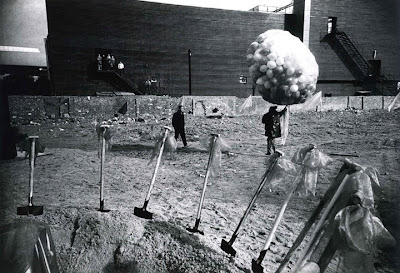 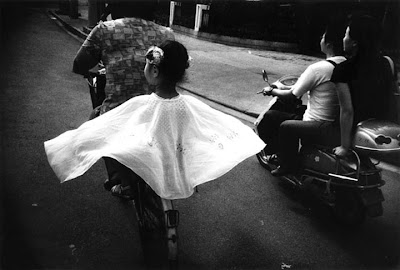 Yan Changjiang – “Paper Men”
When I first saw the book of this work, I wasn’t sure what to make of it. Then Jen pulled out a stack of prints and proceeded to tell me the story of their making. Yan Changjiang began as a writer, and was sent on a journalistic assignment to the region where these ceremonial paper men are traditionally made. He was so taken with them that he began having dreams, and went back with a borrowed camera to make further enquiries. Over the years, he developed his skills as a photographer and actually wrote a short novel about the Paper Men. It’s a fascinating story- I don’t know if the book is available in the U.S.

The meaning of friendship 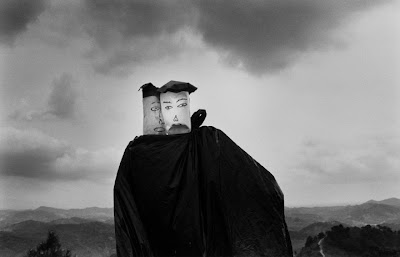 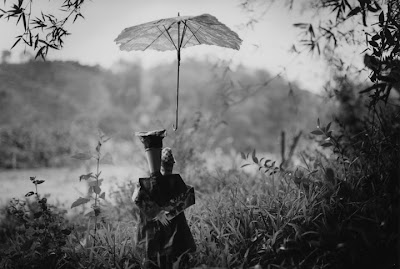 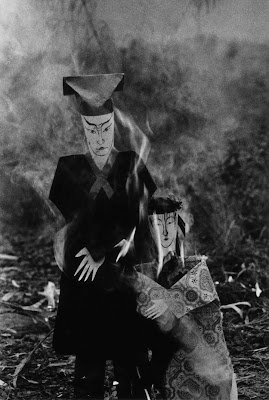 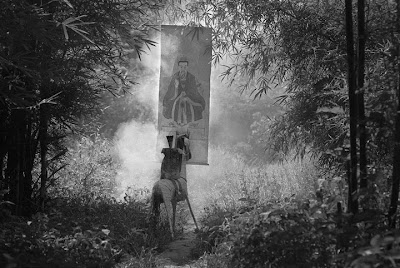 Lu Guang’s “Requium for Mountains and Waters” is powerful environmental work and was recognized this year with the W. Eugene Smith Award. These are painful and moving images. They remind us that generation after generation, mankind apparently has to learn the same horrible lessons over and over again as a nation or region transforms into an industrialized society. It falls to bold and courageous individuals such as Lu Guang to force awareness and action. While Lu Guang has been allowed to continue working, his circumstances are not without considerable risk. 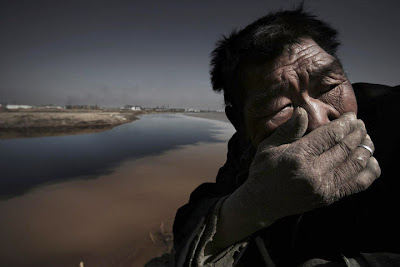 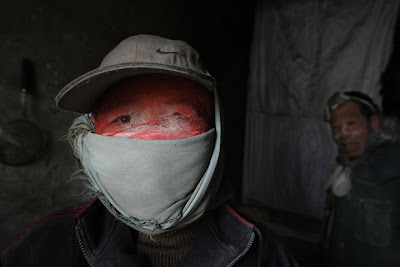 After daily ingesting pollutants into their lungs, workers may become sick in as little as a year. Wuhai City, Inner Mongolia 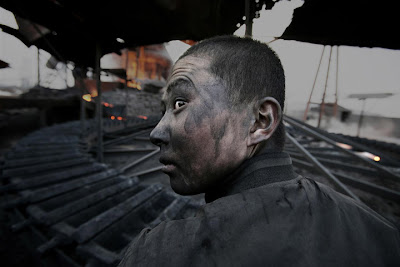 15 year-old Yang Xinrun quit school after second grade to work with his parents. He earns 16 yuan (less than 3 USD) per day 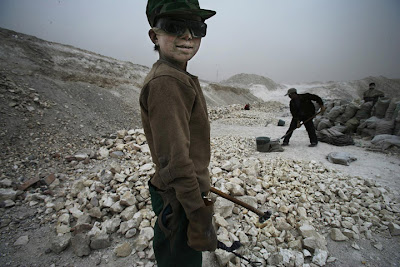 Many Chinese photographers do not have websites, and galleries in general seem to be slow in adopting this technology as well. And so I have created a mini-site where you can see more work by each of these artists and read extensive curator’s notes on each by Jean Loh.

More photos by Lu Guang are also here,
And an interview with Lu Guang is here.

Thanks again, Doug, for all your efforts!

NEXT | My Personal Favorites of 2009 >
< Focus on China: The Lishui International Photo Festival | PREV