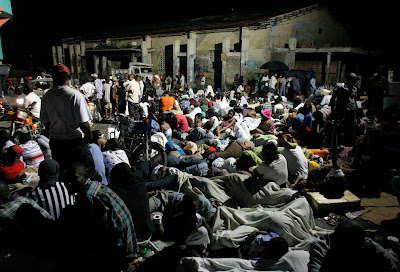 After some brief calculations, I figure I personally have donated close to $1,000 for Haitian relief….a figure that I find somewhat astounding. By selling my work on several auctions, and purchasing work on more auctions, I am able to donate monies that I could never have otherwise, and also have the good fortune to now own some terrific prints. I have come out of the experience with a profound admiration for our community, plus a new friend in the Netherlands who purchased one of my prints in the Flickr auction. I’ve watched as galleries and individuals have established their own auctions, how a photographer friend in LA is organizing a big fundraiser at her home next weekend, and how another photographer friend, Robby Larson, jumped on a plane to see how he could help. If you’d like to follow his blog of his time in Haiti, it’s here. 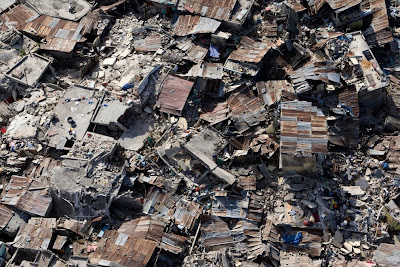 I’d like to applaud Rafael Soldi, one of the first people to respond to this catastrophe, for creating the Haiti Relief Benefit Print sale. He ( and a group of photographers) has raised over $7,000 in 48 hours. Andrew Newson helped organize a worldwide Charity Print Auction on Flickr that will continue on until February 14th. Crista Dix, from Wallspace Gallery in Seattle, created the Life Support Auction, which has already raised thousands of dollars and will continue into March. New images are added daily including recent additions from David Bram, Liz Kuball, and Joanne Koltnow. Other responses are One Respe on Magcloud featuring the work of photographers such as Mary Ellen Mark and Chet Gordon, Track 16 Gallery in Los Angeles is having an Artists for Haiti Auction that will include work by Helen Garber, Ed Ruscha, and Chuck Arnoldi and as of last night, Eric Keller from Soulcatcher Studio has organized pictureHope, with a roster of wonderful women photographers that include Joni Sternbach, Natalie Young, Lauire Lambrecht, Brigitte Carnochan, Cat Gwynn, and Angela Bacon Kidwell. It’s not too late to donate!