Photographer, Joelle Jensen, has curated an interesting show that will open on March 4th at the Camera Club of New York, in New York City. The exhibition showcases work by Jowhara AlSaud, Cynthia Greig, Ashley Reid and Athena Waligore, all who employ drawing to push the boundaries of both media. While ultimately photographic, the artist’s hand permeates each image. The explicit surfaces in each print prevent entry into the picture plane and prohibit escape into photographic illusion. Simultaneously, the mechanical process of photography suppresses the act of hand rendering. Drawing Pictures is the third in a recently founded series of guest curated exhibitions at CCNY.

The artists in Drawing Pictures manipulate photographs by hand, adding physical and metaphorical layers through a hybrid process. Their images convey a physical engagement with complex subject matter. None of these artists are content to use the camera as a straightforward observational tool. They utilize Jasper Johns’ methodology “Take an object. Do something to it. Do something else to it.” expanding the boundaries of the medium.

Cynthia Greig and Jowhara AlSaud both play with the codification of a photographic language. Through processes of elimination, both artists reveal the vast amount of information contained in minimal imagery. Communication decelerates as these artists work back into instantaneous moments captured by the camera. Greig draws directly onto whitewashed objects before photographing them, creating images that look like phantom product photography. The dimensionality is unstable, fluctuating between sculptural and flat. The eye cannot help but fill in the blanks as questions arise about the camera’s limited point of view. AlSaud applies the language of censorship to her own imagery. She flips tools of suppression—which hide, corrupt or block information—by using them to utter quiet, meditative narratives. AlSaud, like the censor, manipulates imagery, communicating new meanings through omission. 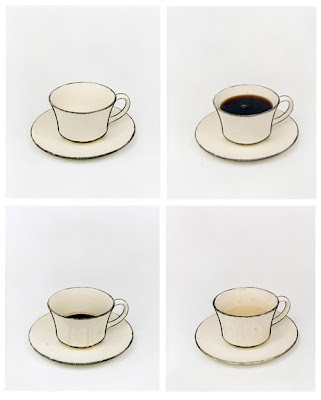 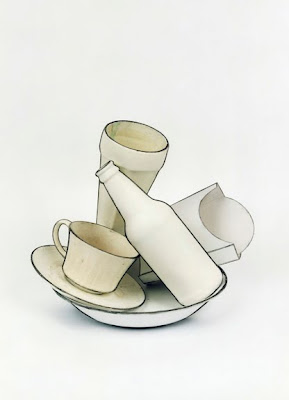 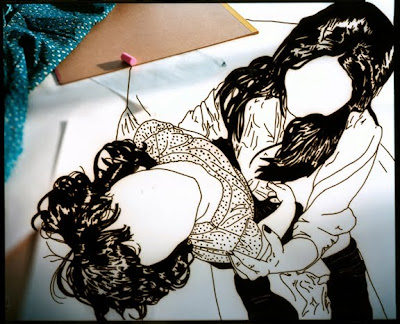 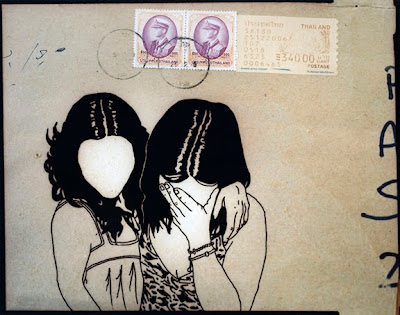 Both Ashley Reid and Athena Waligore use the immediacy of drawing and photography as they delve into early experiences. Reinvigorating elements of childhood from an adult perspective, each artist relies on drawing to make her memories photographic. Reid reexamines her past through drawing, painting and collage to reconstruct experiences into which she inserts her adult body and viewpoint. Tangible sets are made from allusive memories that are energetic, immediate and expressive. Waligore collects snippets from popular fables, which she pins and displays like butterflies for further examination. The enlarged images reveal loose, exaggerated crayon marks coloring familiar characters. While the surrounding details and storyboards have been removed from these morals, the lessons are still recognizable. 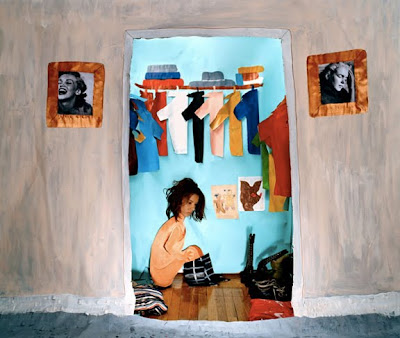 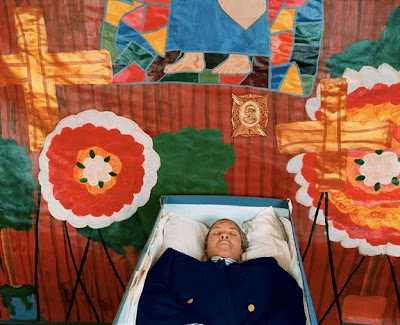 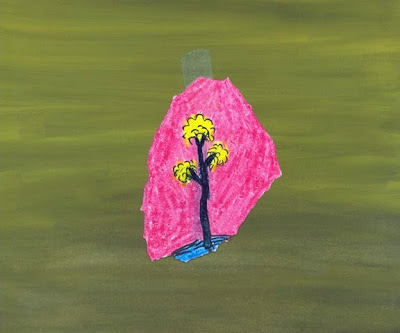 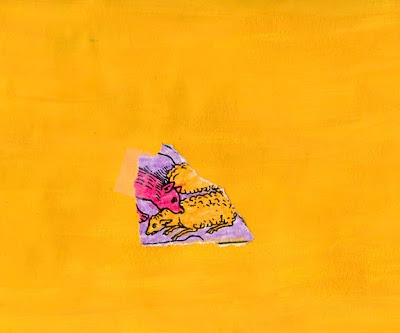