Jeffrey Aaronson ‘s work appeared on Lenscratch this past January, after meeting him at Review LA and discovering his terrific work. His series, Borderline recently won the Joy of Giving Something first quarter photography contest, through the Forward Thinking Museum.

Jeffrey has another series, Driving Desire, that opens in Los Angeles tonight at Fabrik Projects, as part of the Month of Photography in Los Angeles. The show runs through May, 11th, 2010.

Joan Didion wrote: The Los Angeles freeway system is the only secular communion Los Angeles has. Mere driving on the freeway is in no way the same as participating in it. Anyone can drive on the freeway, and many people with no vocation for it do, hesitating here and resisting there, losing the rhythm of the lane change, thinking about where they came from and where they are going. Actual participation requires a total surrender, a concentration so intense as to seem a kind of narcosis, a rapture-of-the-freeway. The rhythm takes over. 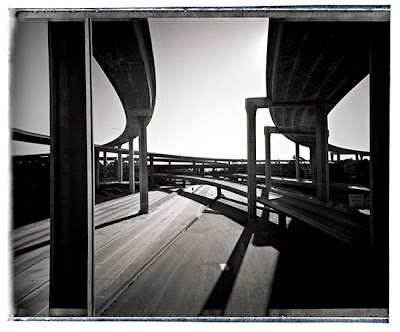 Jeffrey writes: In Los Angeles, driving is a daily prayer, a morning renewal. Twice a day it is the space between home and work. For some, driving can be Zen, a time of control, solitude and power, a meditative state that can only be achieved behind the wheel. For others, driving is a time filled with anger, anxiety, fear and loathing to be avoided at all costs. The freeways, structures designed and built like rivers of concrete, have become Los Angeles’ grand monuments. 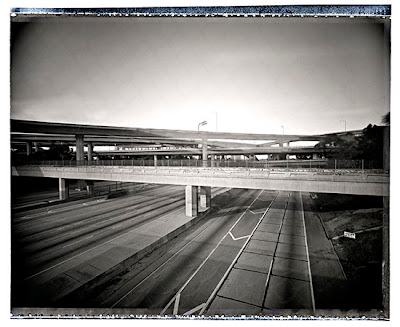 This series deconstructs the omnipresent Los Angeles freeway system into its component parts, the built environment and the drivers that inhabit it. This work finds solitary drivers in unguarded moments as they speed toward an unknown destination. The color photographs are meant to feel similar to images of surveillance, voyeuristic moments with information that leads in many directions. Are these drivers experiencing transcendent moments or does the drive simply numb the senses, their blankness representing boredom. The idea of car as a second home, a place of privacy and comfort breaks down as we enter the occupant’s space. 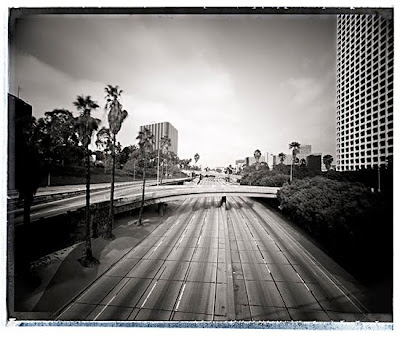 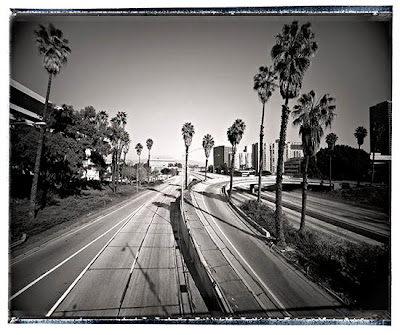 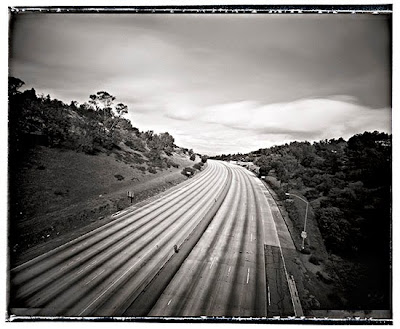 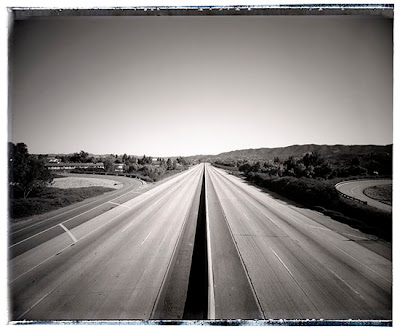 These images examine the freeway through the structure of formal black and white landscape photography. I intentionally used an extended shutter speed (up to 4 minutes) in order to allow the cars to move through the frame and disappear from the scene. For the images of drivers, I used a digital camera to capture people as they sped along, some with no destination, unaware they are being photographed in their private worlds. The color is meant to render the drivers in a cinematic style and transform them into an anonymous ‘everyman’ of the road. 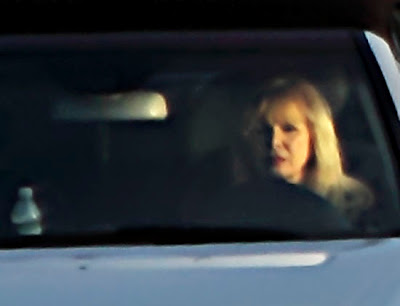 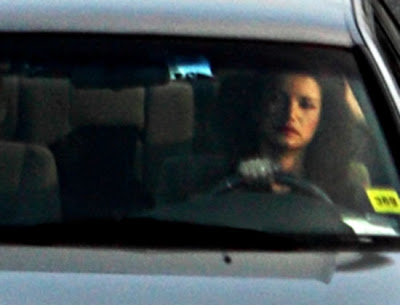 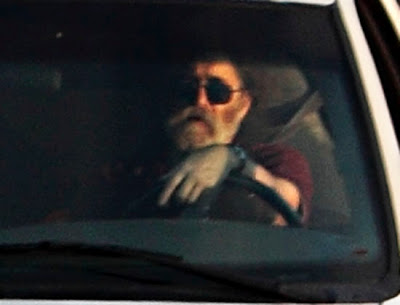 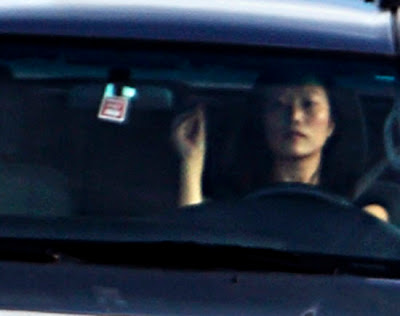 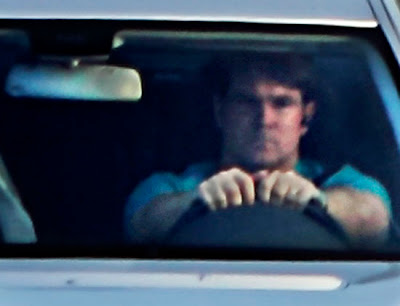