I was very excited to discover that Brad Moore is about to open a solo show in Los Angeles, at the Fahey Klein Gallery on July 15th running through September 4th, 2010. Brad’s been building a incredible resume that reflects his intelligence and ability to showcase the mundane with humor and spot-on insight. His work was selected as a top 50 finalist for Critical Mass in 2009, has recently had several pieces purchased by the San Francisco Museum of Modern Art, has participated in numerous exhibits this year including State of Mind at the Museum of Photographic Arts in San Diego. I wrote about his work last year on Lenscratch. As I stated in that post, “Brad Moore is one of those people/photographers that you can tell upon first glance that there is something going on beneath the surface of his calm, elegant demeanor. He’s a smart photographer, and better yet, a photographer with a quiet sense of humor. And that gets my vote.”

Brad was born in La Jolla, California. He graduated from Loma Linda University and later attended the Art Center College of Design in Pasadena, California. Brad went on to work as an Art Director and head of advertising at Noritsu, later starting his own photographic company, Aperion, Inc. Since the sale of his company in 2005, Brad has devoted his full attention to his fine art photography. 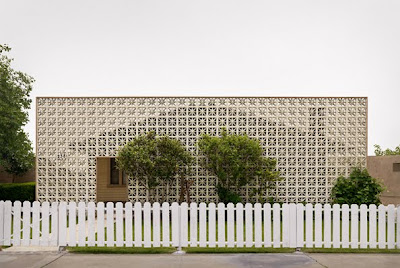 From Fahey Klein: Breaking from the traditional form of documentary photography, Moore is not only photographing a moment in time, but also recording a time from the past that is not entirely identifiable. His placid facades illustrate a plain and utilitarian sensibility; however Moore finds contrast and beauty in these urban everyday environments. He uses his sophisticated sense of color to highlight and accentuate the effects of time on the suburban structures and foliage he photographs. 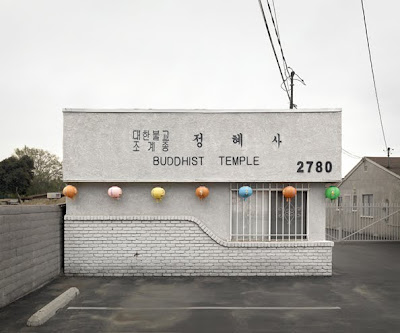 Moore states, These photographs were shot in modest, well-worn, suburban cities in central and inland Southern California. Built in the ’50s and ’60s, these cities provided a new home and future to a post-war population. While Southern California’s coastal cities flourish, cities in these inland counties struggle. Future prosperity and civic health seem to come primarily from growing ethnic populations, which are reviving and recreating these cities for their communities. 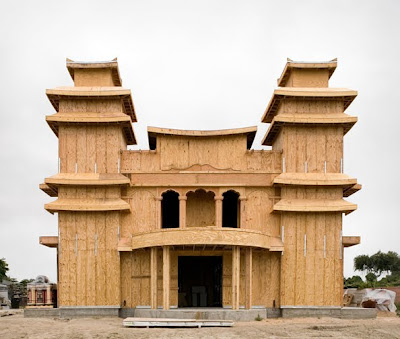 I grew up in North Orange County and attended school in inland Riverside County. After 25 years I returned, and was fascinated by the simultaneous decline and growth. My familiarity with these places makes me see them differently. I’ve avoided traditional, documentary-style photography; instead I have photographed select buildings and shrubbery in primarily static, symmetrical compositions, reflecting change, irony and evolution. 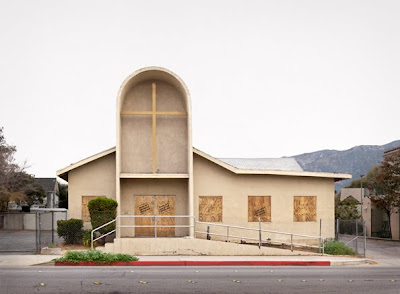 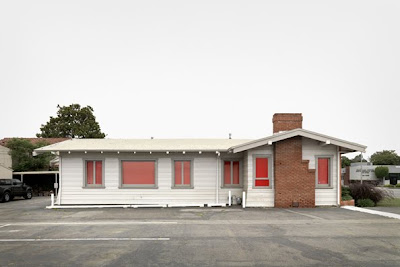 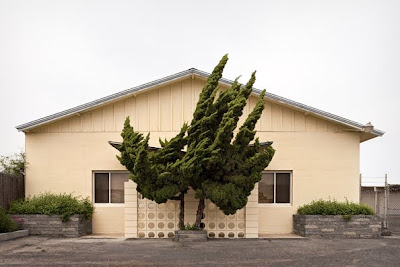 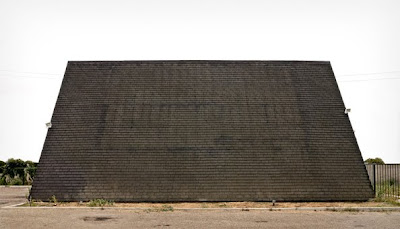 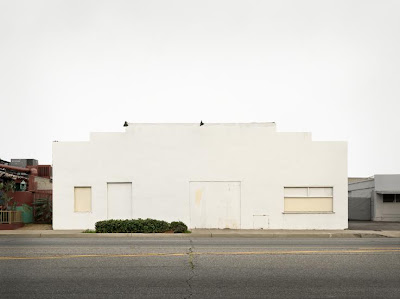 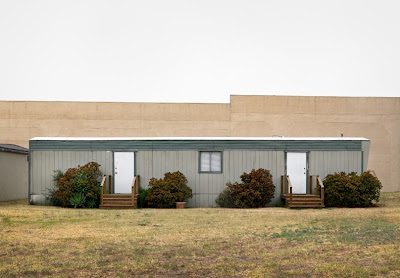 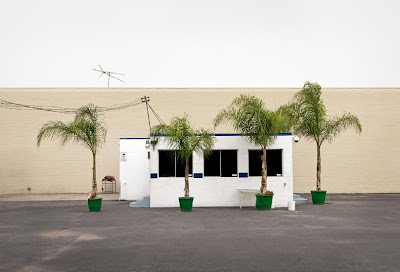 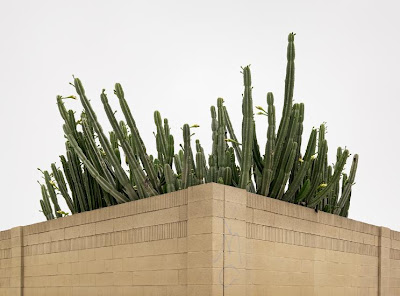 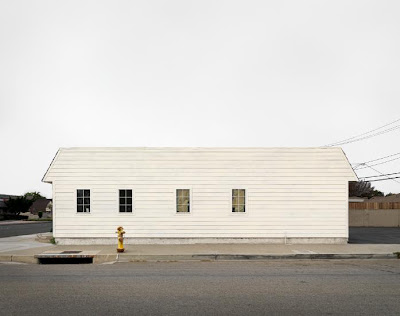 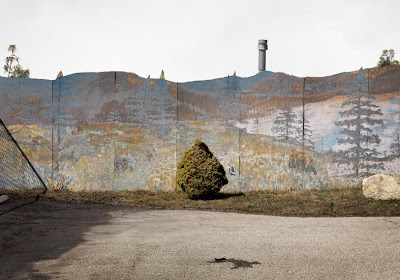