Los Angeles photographer, Mei Xian Qiu, mixes her identities and influences in her new exhibition, Let a Thousand Flowers Bloom, opening at Gallery 825 in Los Angeles on October 16 and running through November 12th.,

“Let a Thousand Flowers Bloom,” is a series of photographs exploring anxieties of power and globalism, national and intercultural identity, and the notion of non self-constructed and deconstructed individualism. The photographs present a sweet conceit of romance and violence. The subjects’ posture and expression remain sentimental, vulnerable and unformed, yet there is a hidden danger signaled by their military uniforms and the environment. 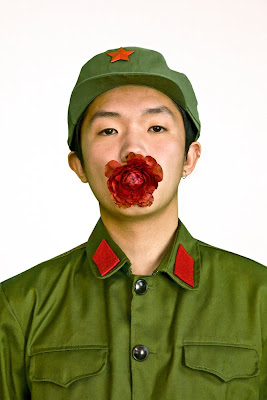 The models for the imagery are Pan Asian Americans who could be perceived as Chinese, artists, and academics specializing in Chinese studies. The costumes are taken from a Beijing photography studio that specializes in “get ups” for foreign tourists to re-enact Cultural Revolution Propaganda imagery. 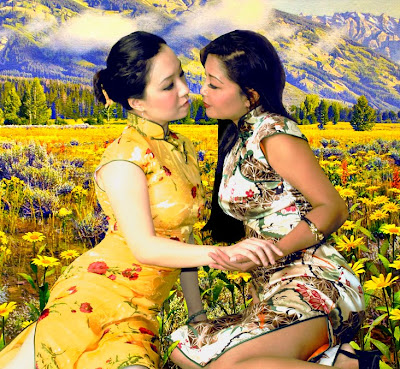 A Kafkaesque tongue and cheek frolic of the takeover of the United States of America, “Let a Thousand Flowers Bloom,” takes its cues and title directly and indirectly from classic Chinese poetry, the Cultural Revolution Maoist movement, and Anselm Keifer’s series of paintings of the same name. It refers to the popular Western mistranslation of the Chinese poem “Let a Hundred Flowers Bloom, Let a Hundred Schools of Thought Contend (百花齊放, 百家爭鳴).” Echoing Kiefer’s earlier portrayals of himself in sieg Heil salute to come to terms with his country’s brutal Nazi past, Kiefer’s “Let a Thousand Flowers Bloom” showed Mao Zedong in the Chinese salute. 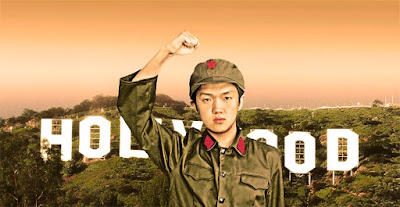 Mao used this poem to encourage a variety of views in the “arts and sciences,” and begin the Hundred Flowers Movement. He proclaimed that in a great society the arts, academia, and “a hundred schools of thought contend.” As a result, artists and academics came out of hiding and there was a brief flowering of culture before they were hunted down and destroyed. 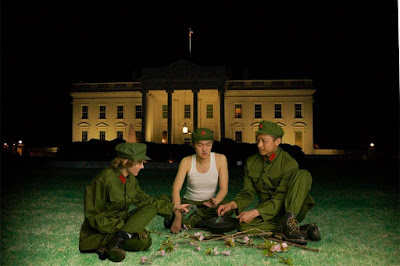 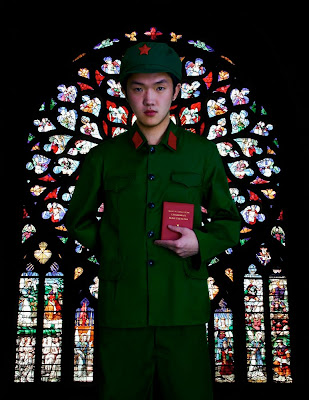 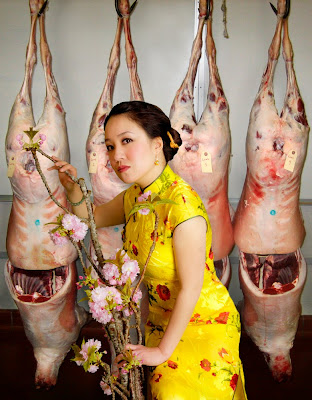 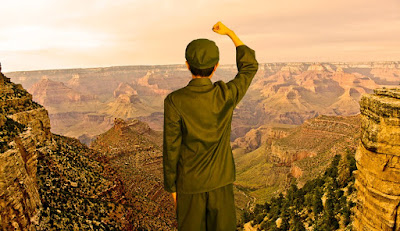 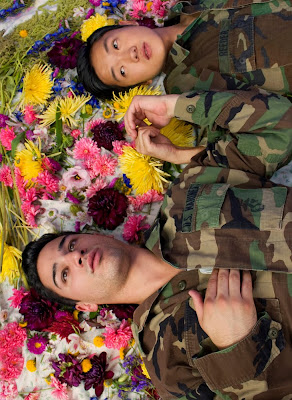 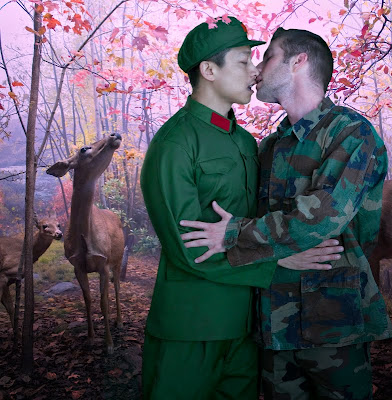