Imagine being an immigrant and stumbling upon a place that feels like home. That’s what happened to Dutch photographer, René Clement, who had been living in New York City and happened upon a small town in Iowa. When I first passed through Orange City, Iowa, in 2004 I had the strangest experience. I had unexpectedly found myself in a small town peppered with windmills, houses with Dutch stair-step gable fronts and an abundance of tulips. And since it was a Sunday, there was not a living soul to be seen on the streets of this small community guided by an unshakable Dutch Reformed tradition. My curiosity was peaked. What’s going on here?

René returned to Orange City, Iowa for 5 years, creating an amazing body of work, Promising Land. I am compelled to share way too many images because they are, quite simply, wonderful. Rene is also hoping to bring this body of work into book form, and is using Kickstarter to raise funds for publishing. Personally, I think this work is a very good investment and you can receive a signed book for a 50$ donation.

When I returned to New York, I did my research and learned that Dutch immigrants had founded this Iowa town in 1870. They had come from the Dutch settlement of Pella, Iowa, in search of promising land whose fertile soil would enable them to grow crops and make a viable living. By 1936, the people of Orange City began to fear they were losing their Dutch cultural identity, and in response started an annual Tulip Festival to celebrate their national roots. Today this festival has grown into a three-day fair, replete with parades, a thousand volunteers decked out in traditional costume, and a mix of Dutch culinary treats that mingle with the smell of hamburgers on the grill. Online, I was transfixed by fascinating pictures of people in traditional costume walking the streets; it felt as if a classic Dutch-master painting had been brought to life on the great plains of the United States.

As a Dutch immigrant myself, I am used to the assimilation that takes place when people born and raised in the Netherlands live outside the country of their birth. In metropolitan New York, there is no Dutch parade along Fifth Avenue, nor is there a Dutch neighborhood in one of the boroughs. We tend to take our cultural heritage largely for granted. I am fascinated by the fact that there is a Dutch cultural stronghold in the northwest corner of Iowa where people not only cherish and celebrate their heritage, but have embraced their roots to the point of creating a Dutch pilgrimage experience for the 150,000 annual visitors to the Orange City Festival. Naturally my discovery of Orange City led me to think more about my own identity as an immigrant, and to pose broader questions such as: How important are your roots? How do cultural influences shape individual identity? What happens when people share a common cultural legacy? 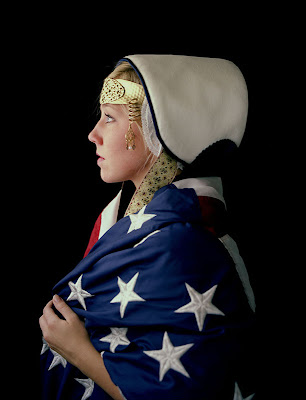 I began this project by making a series of portraits in the tradition of the Dutch master painters, drawing upon their use of soft light and stark, black backgrounds. In a makeshift studio I set up along the parade route, I invited people in costume to have their portraits taken. Because I wanted to honor my subjects’ desire to connect with their Dutch ancestry, I emphasized traits many of them held in common – blond hair and blue eyes, similar facial structure, and a timeless confidence reflected in their collective gaze. With one foot firmly planted in the past, I began to search out contemporary elements to also ground my subjects outside the Netherlands and in the here-and-now. 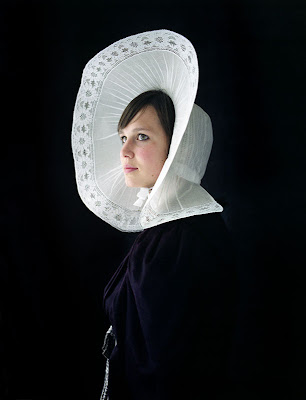 As I pondered this series of portraits, I began thinking that these photographs possibly depicted a troupe of actors ready to assume their position on stage. In reaction to the period-piece elements of the portraits I had already created, I began a series of landscapes in which I took my subjects out of the studio environment and put them, still in costume, straight into modern life, smack in the middle of American culture. I wondered: what would Orange City look like if its inhabitants had clung fiercely to the past, much like the Amish or the Hutterites? I borrowed my inspiration heavily from American popular culture, drawing especially on the American movies and music I had known as a child in Holland. The result has two distinct threads – Dutch and American cultures fused together AND these same cultures in direct conflict with one another. Although I staged all the landscapes, my aim was to create an alternate reality in an almost-documentary style. I hoped the viewer would be curious enough to further investigate my fictitious reality, and be encouraged to see the real world in a slightly different way. 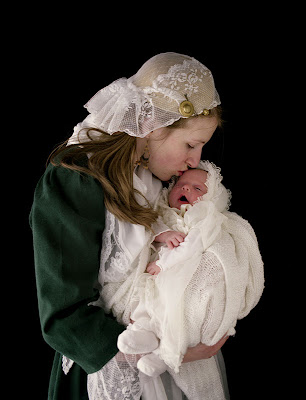 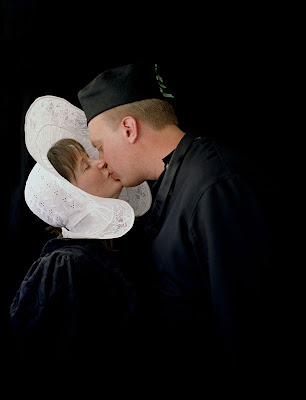 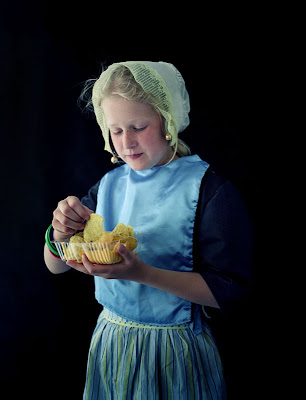 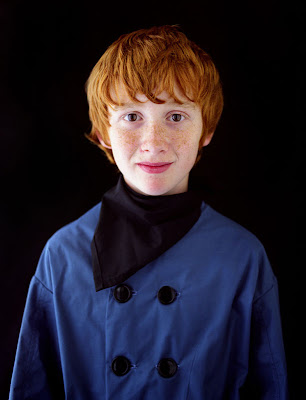 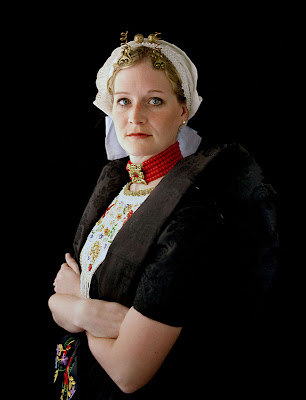 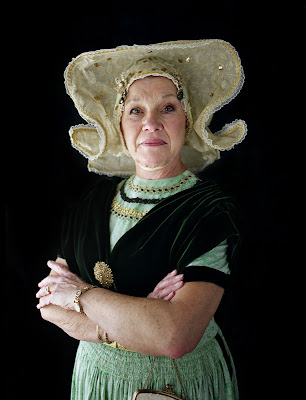 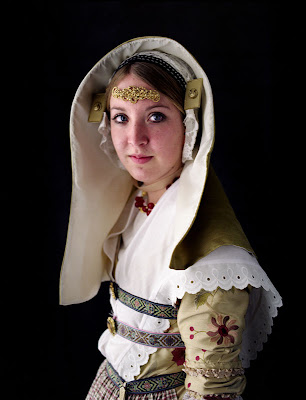 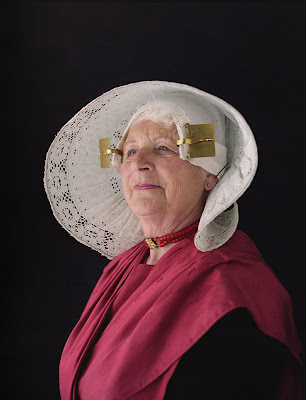 I have been working on this project for almost 5 years, returning to Orange City approximately ten times since first stumbling upon it in 2004. What began as an accidental meander through an unknown town has grown into a love relationship – a love not only for my photography project, but equally important is the love I have developed for this town and its citizenry. In the process of meeting people and hearing their stories, I have been adopted by an Orange City family who keep me real, honest and feed my imagination with questions and possibilities.

The result? A series of photographs that allows me to tell a story and express my experiences, obsessions and fantasies. I like to think that this project contains two qualities I hold dear – humor and mutual respect. Many of my photographs poke fun at the subjects and the setting I have intentionally placed them in. But my fun is always good-spirited, and my subjects are inevitably in on the joke. 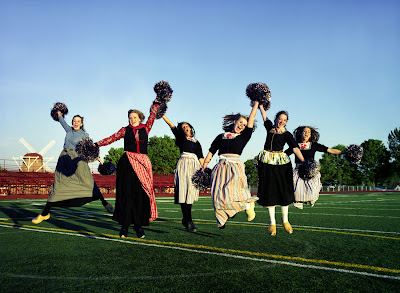 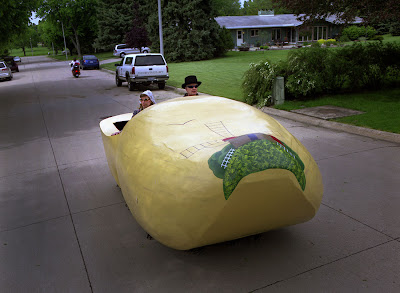 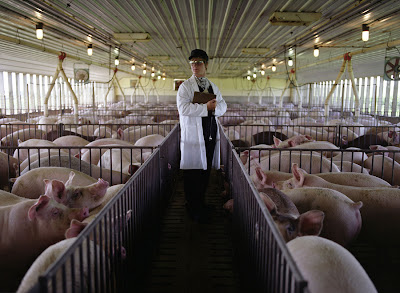 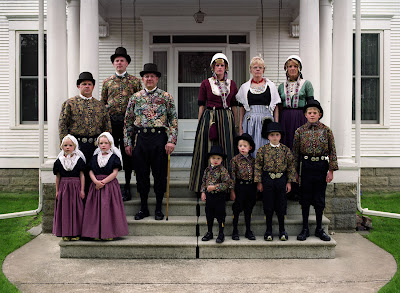 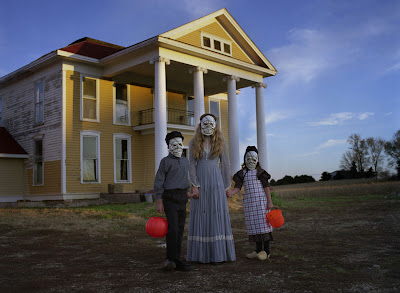 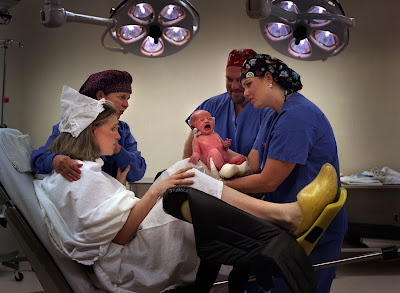 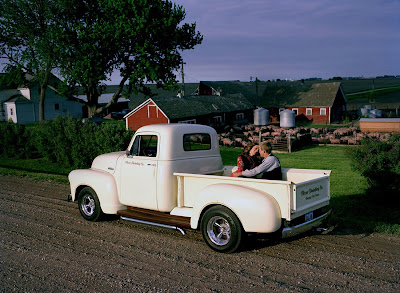 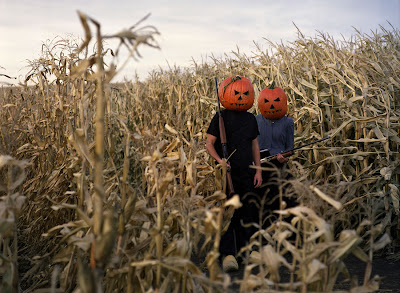