As with Tim Hyde’s work that showcases nature reclaiming itself, James Griffioen’s series, Feral Houses, speaks to a lost neighborhood that is also being reclaimed by nature. James lives in Detroit and much of his work explores the city, it’s people and it’s architecture, through his documentary and fine art projects.

In 2006, James walked away from a career as a successful securities lawyer at a large San Francisco law firm and moved his family to downtown Detroit, where he no longer practices law but instead spends his days taking care of his two children and taking photographs. He publishes a blog about his life in Detroit called Sweet Juniper.

His photos have appeared in Harper’s, Vice, Time, New York, Re:public (Sweden), Landscape Architecture and many other publications. He has been featured on America Public Media’s The Story, CBC’s Arts Program Q, NPR’s On the Media and CNN as well as The Chicago Tribune, The Wall Street Journal and The Washington Post.

Feral Houses:
Feral means reversion to a wild state, as from domestication. It comes from the Latin root fera, for wild beast, but it also has a connection to another Latin word, feralis, literally belonging to the dead. Though it is usually used to describe animals, I have wondered if feral couldn’t also be used to describe certain houses here in Detroit. For a few beautiful months every summer, some of the tens of thousands of abandoned houses become feral in every sense: they disappear behind ivy or the untended shrubs and trees planted generations ago to decorate their yards. 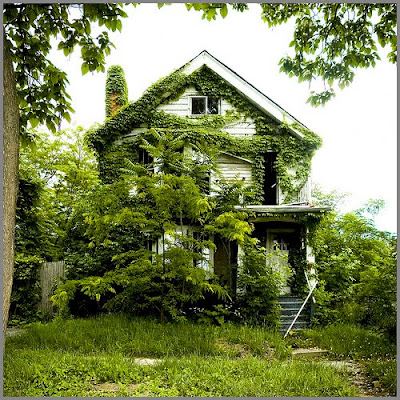 As the city of Detroit disappears, nature is flourishing. I am interested in the duplicity of plant life in Detroit as both blindly innocent and somehow deeply sinister. The two feral houses selected here stood within three blocks of the border between Detroit and the old-money suburbs of Grosse Pointe: more than a municipal border it is one of race, class and social order. In Grosse Pointe, meticulously groomed and maintained ivy walls of homes and institutions are a symbol of social elitism. In Detroit, ivy also flourishes as a symbol of the indomitable spirit of nature. 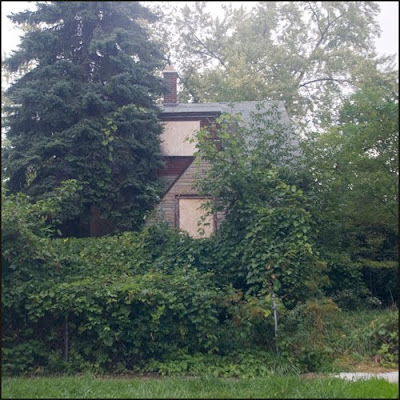 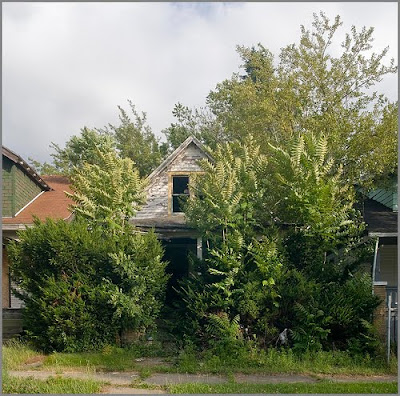 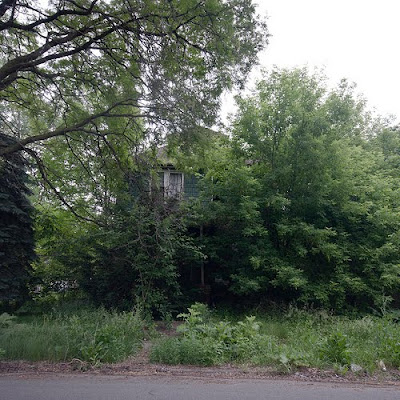 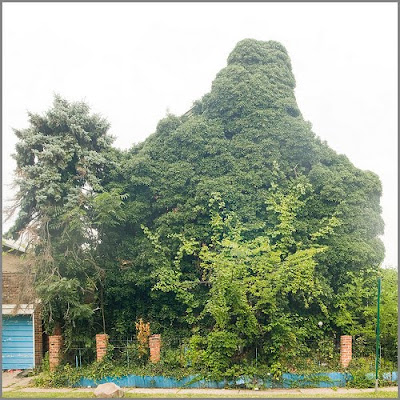 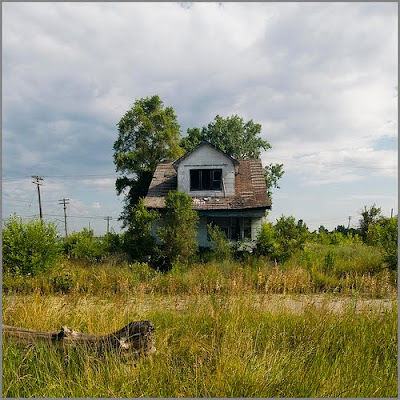 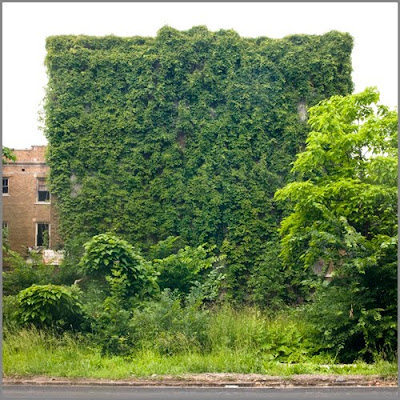 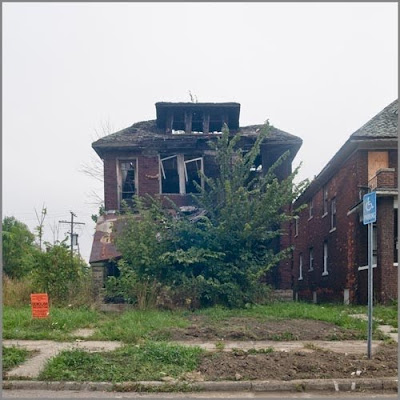 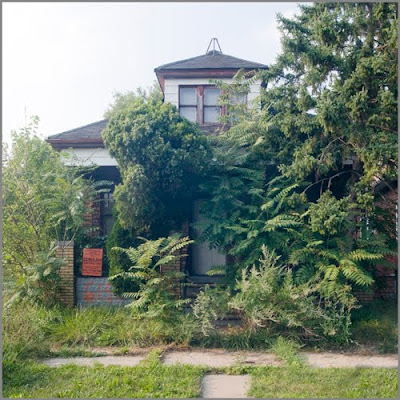 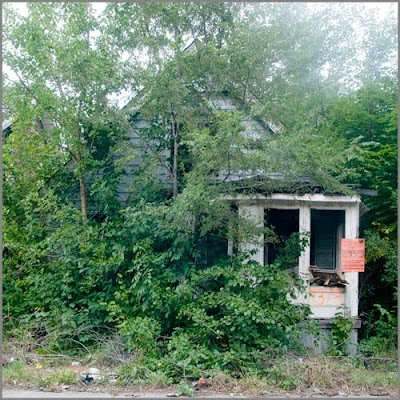 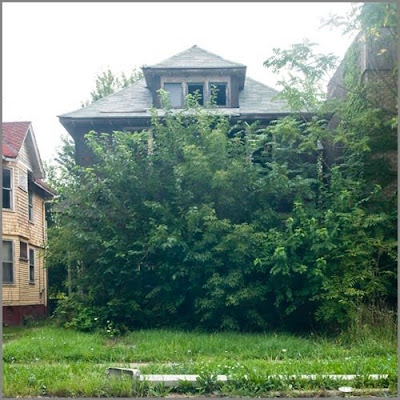 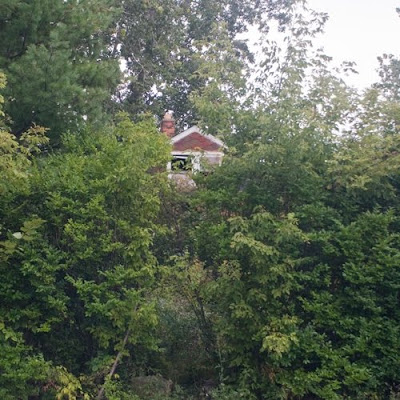