I’ve always felt that Los Angeles is the most evocative after dark, when noir meets night and the orange blossoms spread their sent into the evening air. J. Wesley Brown has put together a terrific exhibition on night photography captured in the city of dreams after dark. Six Los Angeles photographers will present their work at the Edgar Varela Fine Arts Gallery in Los Angeles on April 16- 24th, 2011, with the opening reception on the 16th from 6-9pm. Participants include J. Wesley Brown, Amanda Friedman, Zack Herrera, Ryan Schude, RJ Shaughnessy, and Tim Simmons.

J. Wesley Brown inhabits night landscapes with a distant, solitary figure to heighten the sense of loneliness that night brings. 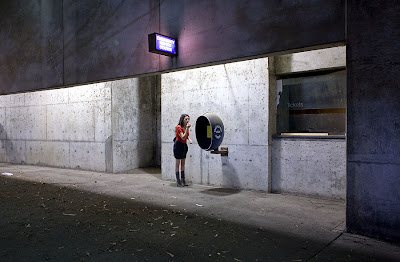 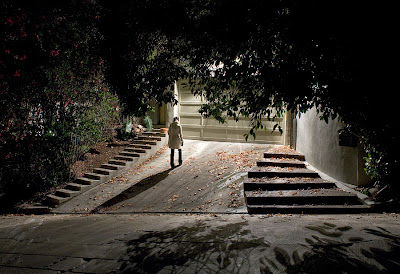 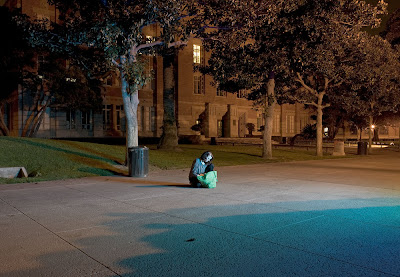 Amanda Friedman captures a specific side of LA nights when the marine layer rolls in and envelops the city in fog, giving it an otherworldly feel. 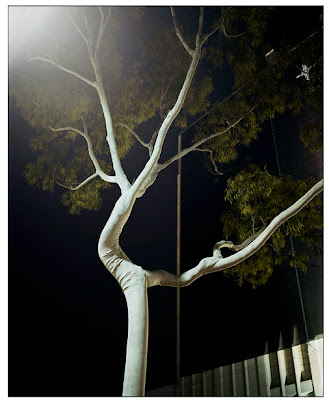 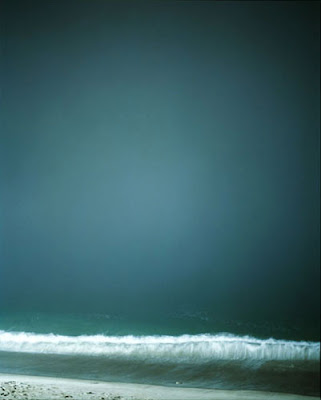 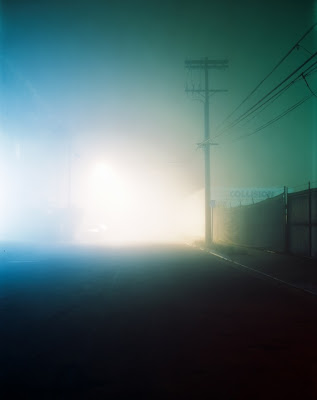 Zack Herrera’s landscapes of strip malls step away from straight documentation to highlight another life taken on by these banal locations that are so prevalent in Los Angeles. 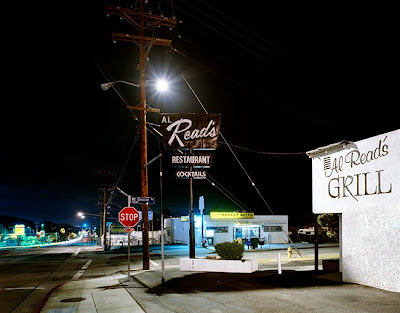 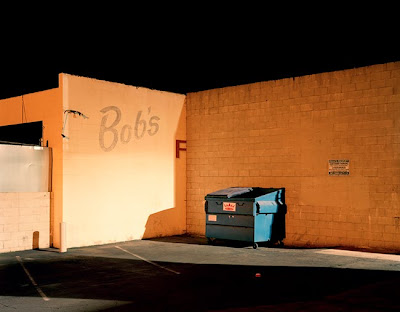 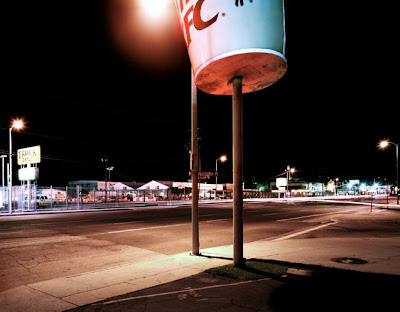 Ryan Schude’s tableau’s introduce a Hollywood feel to nighttime with the addition of movie-style lighting and a large cast. 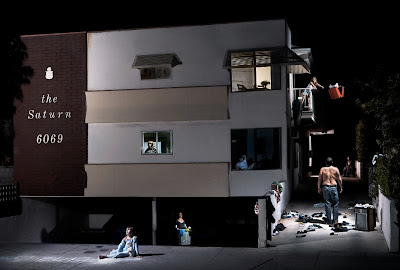 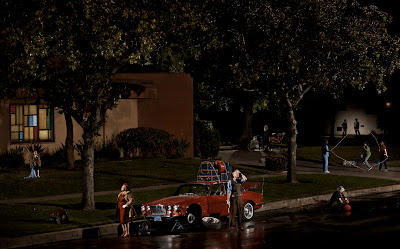 RJ Shaughnessy documents LA car culture gone awry, showing the effects on the landscape of careless driving, most of which surely also occurred at night, making us feel we are at the scene of the crime. 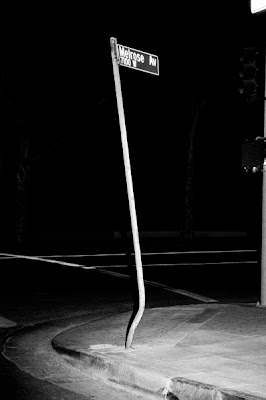 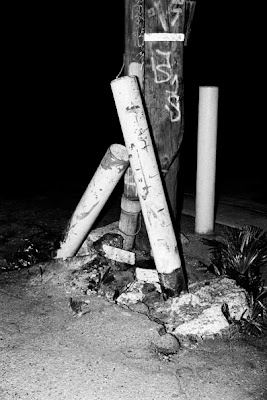 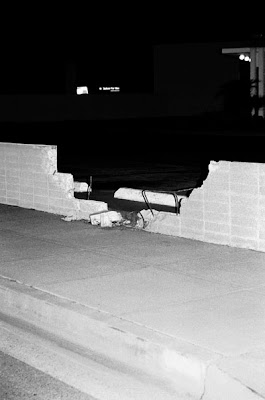 Tim Simmons came to work in Los Angeles as an outsider, incorporating his unique light painting style to a city already bathed in light. 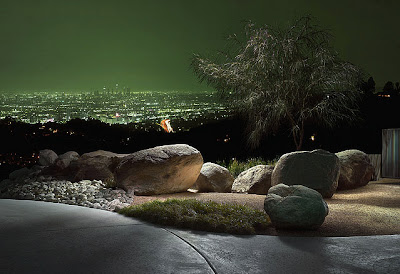