I have been a friend and fan of Aaron Hobson and his work for a number of years and was lucky to attend his solo show in New York some years back. Aaron recently gave me the bad news that his New York Gallery had closed it doors, just weeks before his new upcoming solo show was about to open. He had just finished having the work printed, spent hours on post processing, marketing, emailing and general promotion for the exhibit. It was a devastating occurrence not only for the gallery owner, but for Aaron who was looking forward to seeing his work on the walls in New York City.

So I am presenting a virtual exhibition Aaron’s photographs on Lenscratch today, plus a wonderful essay by John Wood about the work. Aaron’s images are cinematic in size and can be better seen if clicked on to make larger. They are also for sale; contact Aaron directly if something needs to be on your walls.

Aaron was raised in the city of Pittsburgh, Pennsylvania “in one of the poorest city neighborhoods. It has been described as “Appalachia in the city”. I’ve had my back fractured by baseball bats, been picked on, and did too many drugs before I was 14 and then dropped out of High School in the 10th grade. It wasn’t until 3+ years ago that I picked up a camera after a decade of living in a small town in the remote Adirondack Mountains and decided to mix my memories with imagination.

The cinematic style of my work intentionally mimics a society full of oversaturation to TV, cinema, youtube, video games, and more. The images pull inspiration from the most basic elements of human emotion; fear, sex, abandonment, and curiosity to name a few. The moments of each image are fleeting and never exact, but hold an untold story of what happened before and what will happen after. It is up to the viewer to decide how far or how comfortable they feel delving into them or even sympathizing with them.

As long as there is human emotion for to experience, there will be cinemascapes to create. The series is constantly evolving each and every day.” 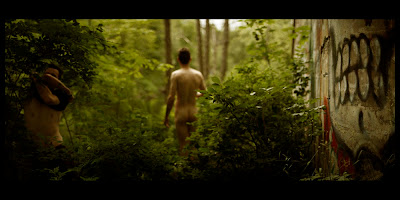 I first saw Aaron Hobson’s work in 2010 when I judged the Clarence John Laughlin Prize, for which Hobson was one of the top finalists. I admired his work so deeply that I offered to write about it should he ever want me to. His was work I kept going back to again and again because it had the authentic pull of art. Hobson’s work won’t let you alone. It haunts you. It makes you keep coming back—to look at it and to think about it. His work is visually intense: intense with color, intense in its composition, intense in its drama, and intense in its strange beauty. No one would call it pretty, but I don’t think anyone could deny its beauty. 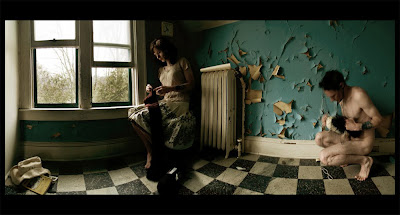 Much of what is so compelling, so haunting, about it is that his imagery exudes sexuality and danger, those two narcotics we never seem to be able to get out of our systems. It is as if they are the drugs we fear but need in order to keep at it, to keep going, to do the work of our days. Aaron Hobson’s photographs are not scary. They might make you shudder, but they don’t put you off—because his work has at its heart a dangerous thrill about it. It invites you into it: into the brink where a man waits to plunge, perhaps to his death; on to the snowy, forest road where a naked, hooded, and bound man stands; into a rough love scene in what could be a crumbling basement or ruin of some sort; onto the bed of a naked hunk who might be languid and easy or just might also beat the hell out of you; up the path of steps at dusk with a cowboy in “Steeltown”; or in a blue room with beautifully pealing paint and a young woman who appears to be sewing something, perhaps for the owner of the man’s hat that’s on the floor—who might be the cowboy walking up the steps, or the hunk or the rough lover or the tied and hooded man—or even all of them!

And that’s one of the most exciting things about Hobson’s work: there is no single correct way to read it, no one proper narrative that leads to its understanding. With sex and danger as his guiding themes, Hobson’s work rides on the waves of our own desire and fear. They invite our personal scenarios of nightmare and pleasure. His work might bring to mind Cindy Sherman’s film stills, but Hobson’s “cinemascapes,” as he calls them, are less static, far more laden with the potential for plot, and to my eye far more interesting than Sherman’s highly touted clichés. What Aaron Hobson shows me I have never before seen—but in my most disquieting dreams. 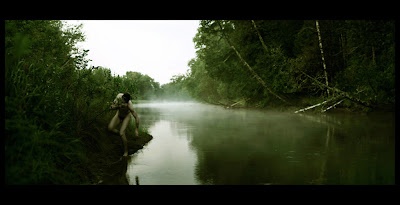 Should the disquieting things we see in his work trouble us? Not at all, if we are comfortable with who we are. We look at his work and recognize bits of ourselves moving from cinemascape to cinemascape, and our reflections upon that movement, that progress, validate the I that we have come to be. And there is comfort, even if it might be disquieting, in that validation—in the recognition that Aaron Hobson has caught something of our own deep unique. But what if we are uncomfortable with Hobson’s insight, his revelation of our secrets? What if we are bothered by what he makes us see? 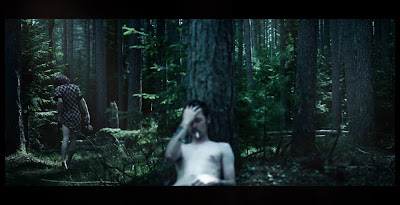 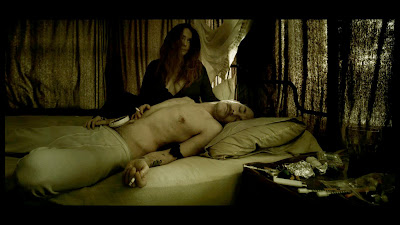 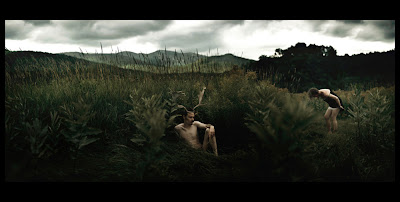 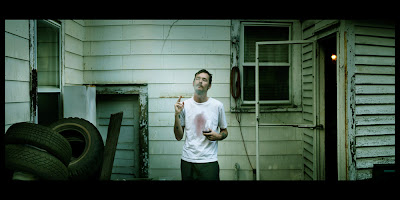 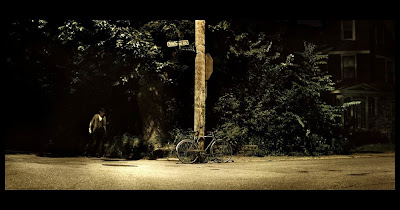 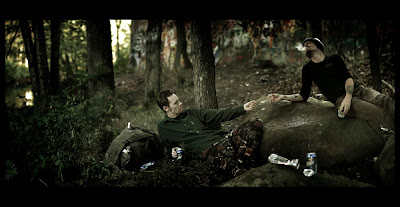 John Wood, Editor of 21st Editions, is not only a well-known photographic historian and critic whose books have won major awards, but he is also a distinguished, prize-winning poet. Allen Ginsberg wrote the introduction to his first book of poems and Richard Wilbur compared his second to the work of Samuel Beckett. Wood has lectured on photography at many museums in the U.S. and in Europe, and he co-curated the exhibition Secrets of the Dark Chamber at the Smithsonian Institution’s National Museum of American Art. He has also read his poetry at many universities, and both the Los Angeles Times and The Chronicle of Higher Education carried full-page articles on him in the past during National Poetry Month.

John Wood is the only individual to have twice won the prestigious Poetry Prize of the University of Iowa Press, and among the more than 20 books he has written and/or edited on photographic history and contemporary photographers, five have won major awards, including a 2005 Lucie for Sally Mann; the New York Times Book Review Best Photo Books of 1995 for Secrets of the Dark Chamber, published by the Smithsonian Institution Press; and the American Library Association’s Choice “Outstanding Academic Books of the Year” 1992 for America and the Daguerreotype.