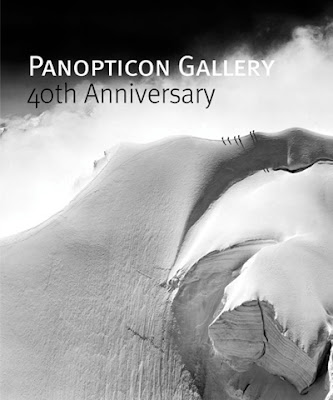 Not many galleries can claim a 40 year history. Panopticon Gallery in Boston is celebrating its 40th Anniversary, and with it, their biggest group exhibition to date! From September 8th through October 31st, the gallery will be displaying close to seventy-five individual artists who have been asociated with Panopticon Gallery during its forty-year run.

In the mid 1970’s, Panopticon Gallery moved to Newbury St, then back to Bay State Road before moving its gallery and imaging business to Moody Street in Waltham, MA in 2000. In 2004, the gallery opened its second location inside the Hotel Commonwealth in Kenmore Square, where it currently resides.

In early 2010, Mr. Decaneas sold the gallery to Jason Landry who continues to host outstanding exhibitions by internationally recognized photographs as well as local and national emerging artists.

Today, the gallery is noted as being the oldest fine art photography gallery in New England specializing in contemporary, modern and vintage photography.

In addition to all this celebrating, Jason Landry has launced a very successful Kickstarter campaign to produce a monograph of Harold Feinstein’s amazing work. There one day left in this campaign, and you can still get in on the project.

We plan to raise the funds to design, edit and publish 1,000 copies of a 200+ page large square hardcover retrospective of Harold Feinstein’s classic and historically important black & white photographs.

Why are we making this book.

Harold Feinstein is a living legend in the world of photography. At 80 years old, with 60+ years in photography, he has yet to have a monograph printed of his classic black & white photographs. We want Harold’s photographic legacy to be documented and available for everyone to appreciate his contribution to American 20th century photographic history.

Harold Feinstein’s photographic career began in 1946. Before the age of 20, Edward Steichen had purchased his work for the permanent collection of the Museum of Modern Art in New York and exhibited it frequently. In the early 1950’s Steichen approached Feinstein and asked if he would like to be included in The Family of Man exhibition. Feinstein, feeling very puritanical said, “Look, a museum is a place where they should just show work because it is art, not because it fits I to a theme.” And with that, withheld this work from the exhibition, changing the course of his photographic history forever.

Harold was an integral member of the New York Photo League. He exhibited at Helen Gee’s Limelight Gallery in NYC, hung out with photographers including Helen Levitt, Weegee, Garry Winogrand and W. Eugene Smith.

Harold is renowned for his 40-year photographic love affair with Coney Island. Harold’s photos capture America playing, relaxing, and falling in love on the boardwalk and the beach at Coney Island.

As a soldier in Korea, Harold was able to experience and document firsthand, the integration of the American armed services. His images are a unique and irreplaceable historical document of this pivotal time in America’s military history.

Harold’s photographs have been exhibited and are represented in the permanent collections of major museums including the Museum of Modern Art, International Center of Photography, George Eastman House, The Museum of Photographic Arts, Musee d’Art Moderne and the Museum for the City of New York.