Brooklyn photographer, Jade Doskow, brings a sense of contemporary nostalgia to her work. She revisits, reinterprets, and restates the idea of place. For her series, Red Hook 2003-2011, Jade photographs the American landscape in a way that at once feels cinematic and timeless. She leaves room for air and majestic skies, and her work looks to the past, but is rooted in the present and the now. Jade’s series, I Lost Utopias/ The World’s Fair Project, captures two centuries of architecture: World’s Fair Project: 19th Century Projects, and World’s Fair Project: 20th Century Projects. In their time, all sites represented a world of hope, possibility, and the future, and now, many are left dormant, fading, or destroyed.

Jade is an engaged educator, on the faculty of the School of Visual Arts, International Center of Photography, and Kingsborough Community College, where she instructs on architectural and digital photography. Her work has been exhibited internationally and featured in publications such as Photo District News, New York Arts, the Washington Post, and the Morning News. Most recently Jade has joined the Huffington Post as a photography blogger.

Red Hook / Repurpose
Red Hook is a small, waterfront neighborhood in Brooklyn that I have lived in and photographed for the last ten years. I have spent these years studying the subtle changes in buildings, vacant lots, and warehouses brought about by weather, time, and light. These images have come to represent my search for a specific feeling of spiritual expansiveness through my photography, more than a document of a specific place. Seemingly disparate elements—vines, a fence, the silhouette of a building—are brought together to create a dialogue of form, color, and emotional charge. Light and time transform seemingly mundane places, creating a feeling of peace and visual infinity. 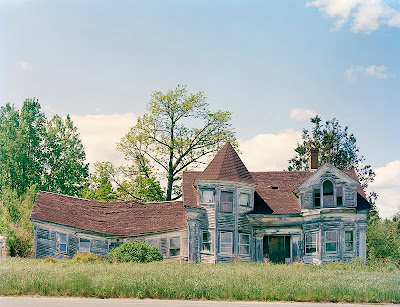 These are the ideas I have subconsciously been bringing into this body of work, in addition to the more obvious aspects of architectural transformation and repurposing and the fallen aspirations that some buildings come to represent. My work is an ongoing examination of the practical and spiritual life of architecture as well as a quest for a feeling of sublime tranquility within the busyness of the built environment. 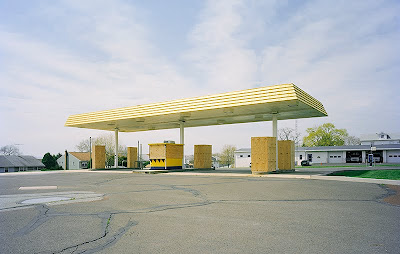 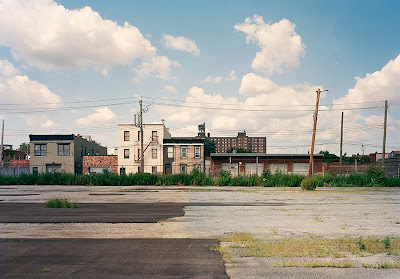 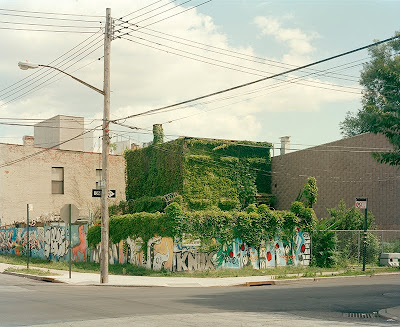 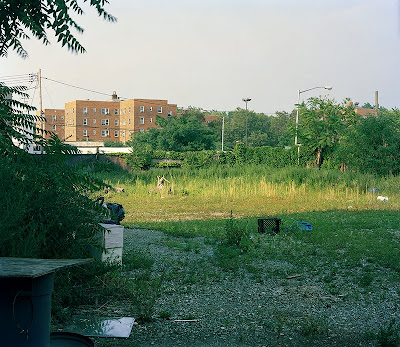 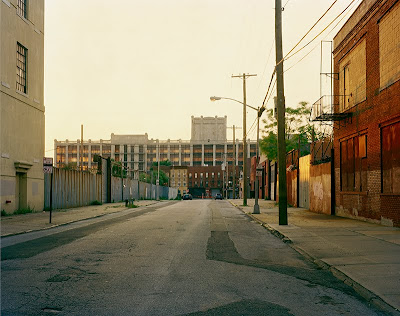 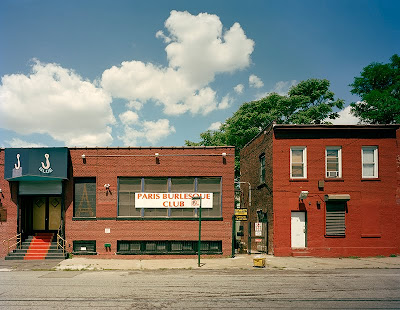 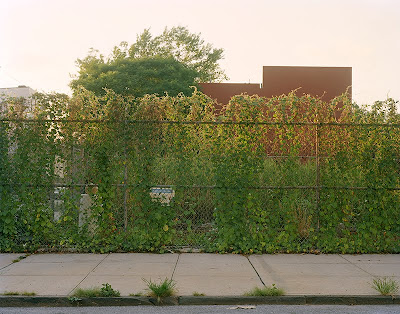 In Lost Utopias/ The World’s Fair Project, I have been photographing the remaining sites and structures of world’s fair sites internationally. What captured my imagination was how these magnificent, temporary events could permanently affect the city in which they were held. These fairs cost millions of dollars to prepare for and construct; however, many hosting cities often lacked foresight into how to maintain or demolish the fair pavilions after it closed, and these pavilions were often bizarre, unwieldy structures utilizing cutting-edge materials for the time and an unpredictable life span. 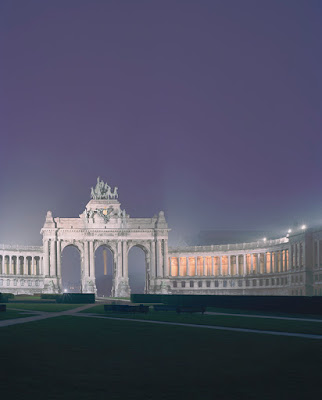 What I have found is a huge variety as to how different countries have preserved or not preserved these sites and structures. For example In Paris I photographed the Eiffel Tower; in Philadelphia Victorian toilet buildings; and in Chicago the empty space by the shore of Lake Michigan where the largest fair structure once stood. I approach each site with an original fair map and retrace where the different attractions once existed, and then make photographs indicative of the zeitgeist of that long-gone event, often utilizing very long exposures and specific times of dusk and dawn to create an otherworldly, dreamy effect. 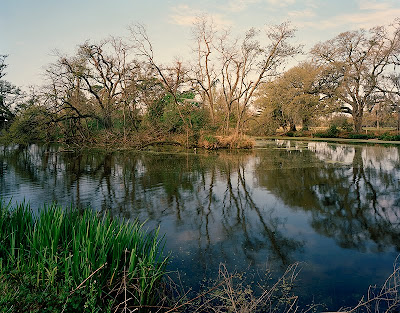 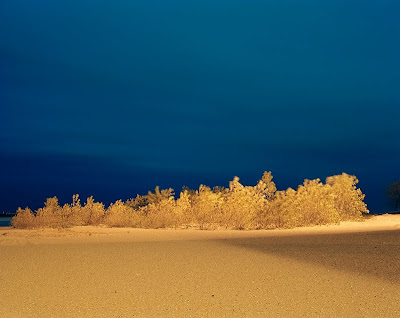 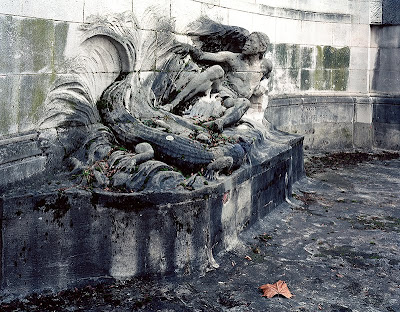 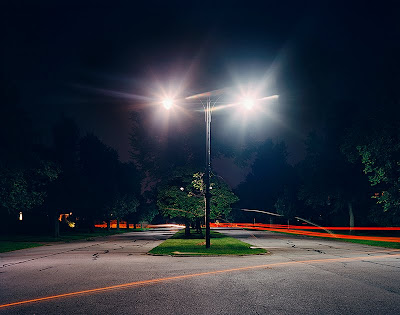 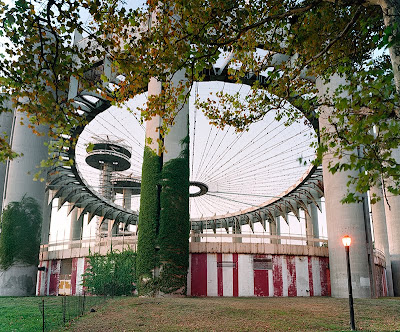 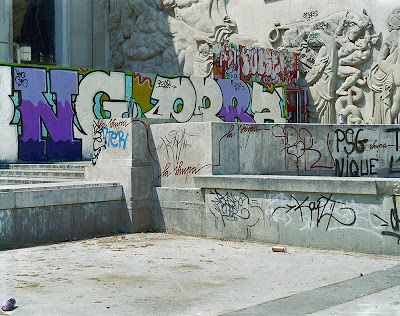 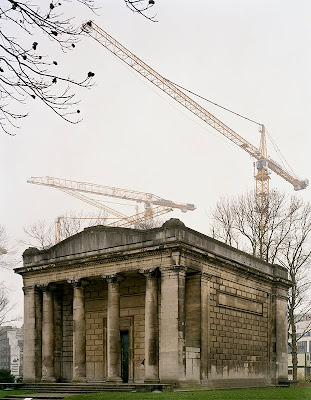 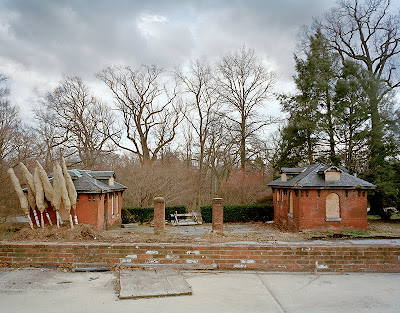 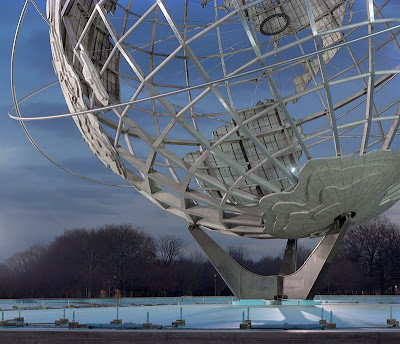