Eric Tabuchi has just released a new book, FAT, A French American Road Trip, published by Matmos Press in Montreal. It’s a wonderful collection of images that bring humor to the idea of our globalized world, where the homoginization of cultural landmarks make no sense in their new contexts. But the most amazing element of this series, is that these images are all Google screen captures. 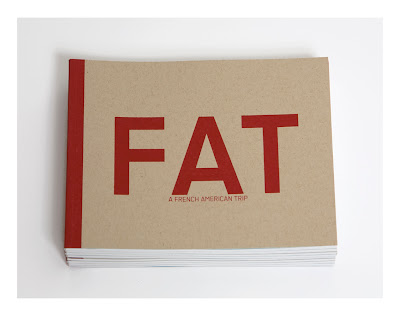 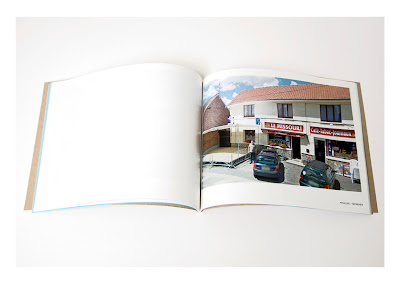 Eric is a modern day typologist, with an amazing range of projects. His website is an incredible reflection of the potential of looking at our world. Eric works and lives in Paris and has a long roster of international exhibitions. Eric states:
“Photography is first and foremost a technique for recording images. That is PRECISELY The Reason Why it is so captivating – literally, it Consists in Capturing stuff. Purpose, to answer your question, I think photography is Above All That projection was of the past into the future, an anticipation of what has-been and Will no longer exist. That is why I wait for Several years Often Before publishing my gold Exhibiting photographs.” 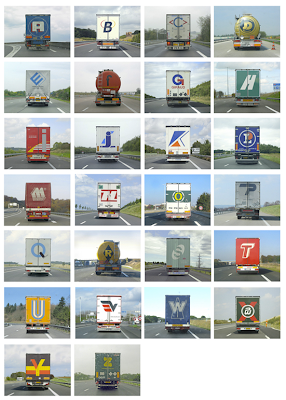 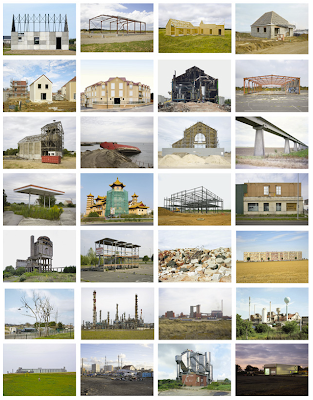 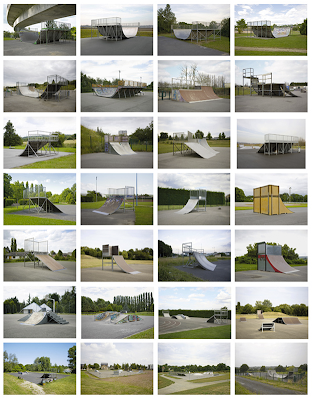 FAT – A French American Trip: Pursuing his pop and serial studies of the French landscape, Eric Tabuchi questions the validity of his photographic method in contrast to the considerable power wielded by the likes of Google, which, via his global digitization company, is at last carrying out a project that is genuinely objective. Thus, contrary to his habitual method of scanning the field, Eric Tabuchi has undertaken the exploration of familiar places, but through this parallel world, the carbon copy of reality that is Street View.Consequently, FAT creates a strain between these two levels of perception, which are henceforth known to all as the virtual and the real, the space of projection and the concrete territory. 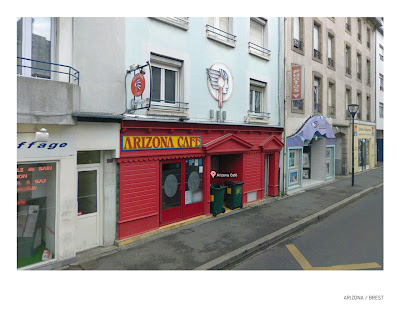 FAT is America, projected through the realm of the French imagination, digitized by Google and at last, compiled by Eric Tabuchi, as a sort of staggeringly condensed outlook of what globalization could be, in the era of internet. In this respect, FAT is a doubly motionless voyage as it entails visiting America through its emblematic landmarks without leaving France, and what’s more, in front of a computer screen. Residing in Paris during the summer of 2011, Eric Tabuchi, after envisioning this voyage into reality, set out on this virtual “road trip”, making an inventory of businesses – bars for the most part – bearing the name of a city, place or state visible on Street View. In 32 screen captures, two geographies are layered, which, from New York to El Paso, from Villeurbanne to Draguignan, testifies to the gap that divides the “elsewhere” from “here”. 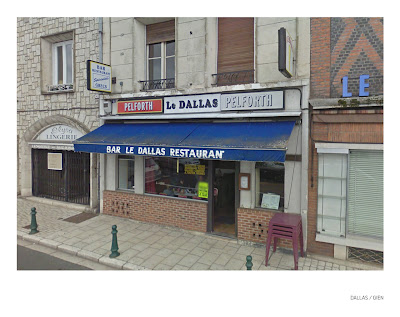 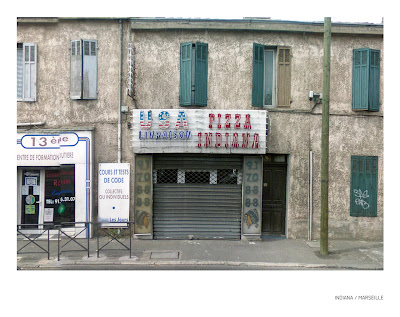 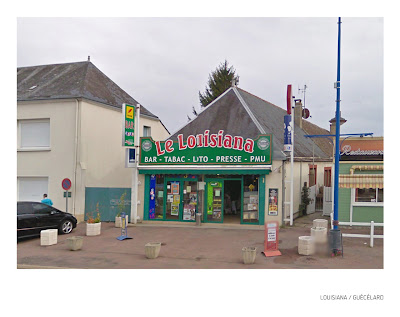 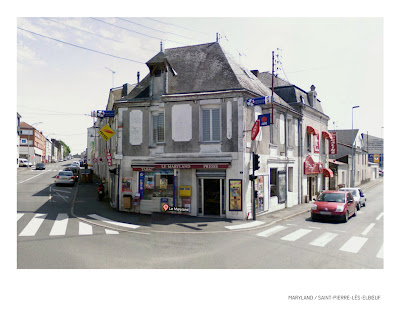 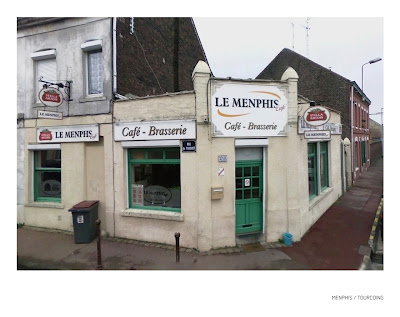 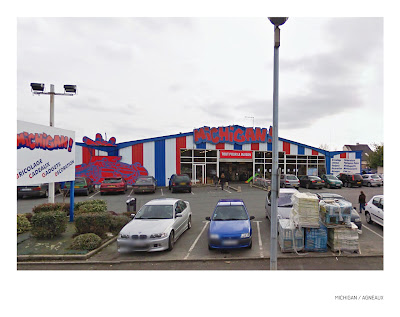 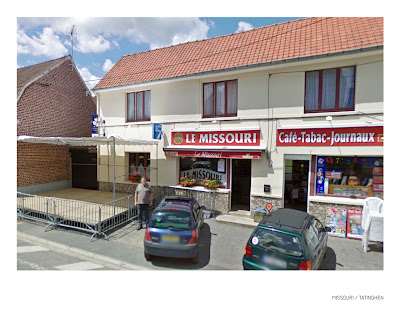 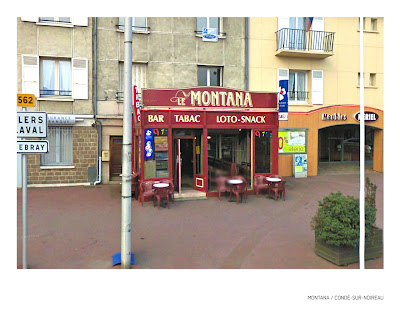 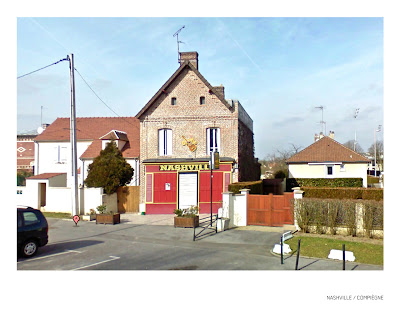 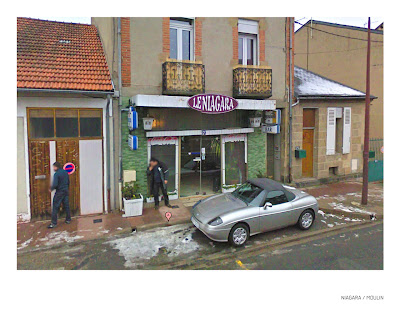 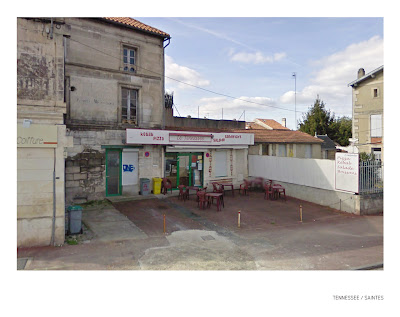 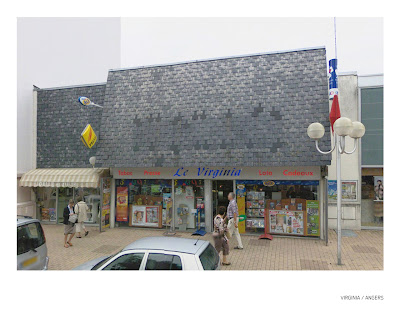