Congratulations to Jessica Eve Rattner for her 1st Runner Up win in Canteen Magazine’s Naked Judging contest. To be honest, I thought this body of work should have won.  This does not take away from Walker Pickering’s terrific images, but when I saw this project I had an immediate response to it–the project was well crafted and explored a subject that required heart, finesse, and the photographer’s ability to integrate herself into unknown territory. And she had only one subject to photograph in a variety of ways to keep us interested. She gave us insight into a world of hoarding, but also allowed the subject to retain her dignity.  I thought Jessica created a stellar body of work.

Jessica has always been interested in the cultural constructs of mental health. Before turning to photography, she worked as a clinical social worker, a writer and an editor. She is deeply interested in people and their stories—particularly in the stories and lives of those who haven’t the voice or means to be heard on their own. She lives in Berkeley, California with her husband and two daughters.

Here is her response to the judging:
I was very much looking forward to the live judging event, expecting it would be a chance to hear a panel of judges discuss my work and that of the other finalists. I hate to say it, but the experience was disappointing.

I was frustrated that the judges didn’t have anything concrete to say about my photos. They agreed that they liked them, and moved on. When, at the very end, two judges had selected Walter Pickering’s work for first and one clearly wanted mine in first place, I hoped there would be some discussion explaining why they were voting as they did. I honestly did not care about being first or even second. I just thought that there were multiple moments, such as this one, when a discussion would have been illuminating and they were missed again and again. And I didn’t think that what little the judges did say about the other work was especially meaningful or insightful. I did appreciate the references they sometimes made to other work (in my case they mentioned a photographer named Rich Billingham whose work I had not seen), but I cannot recall any other tidbits that really stuck with me. It seemed to me that they were judging each series based on what they personally responded to and not balancing their subjective opinions with more objective criteria. Maybe that is the nature of an open call such as this one? I don’t know.

is the ongoing portrait of Lee, a woman whose eccentricities conceal a beauty and intelligence that most people might not easily see. I met Lee in 2003 when I moved in around the corner from her. At first, like others, I knew her as a shopping-cart pushing raider of recycling bins, a tatterdemalion with a foot-tall dreadlock of grey hair. Rain poured through the roof of her dilapidated house, a possum moved in to share the cat food. Hoarding was her lifestyle, and the floors were piled high with rotting relics of decades of her life. Lee has no heat, no running water, and uses the bathroom at a nearby Safeway store. Neighbors complain that her house is an eyesore and should be condemned before it lowers their sky-high property values. A social worker by training, I am fascinated by the cultural constructs of mental health. 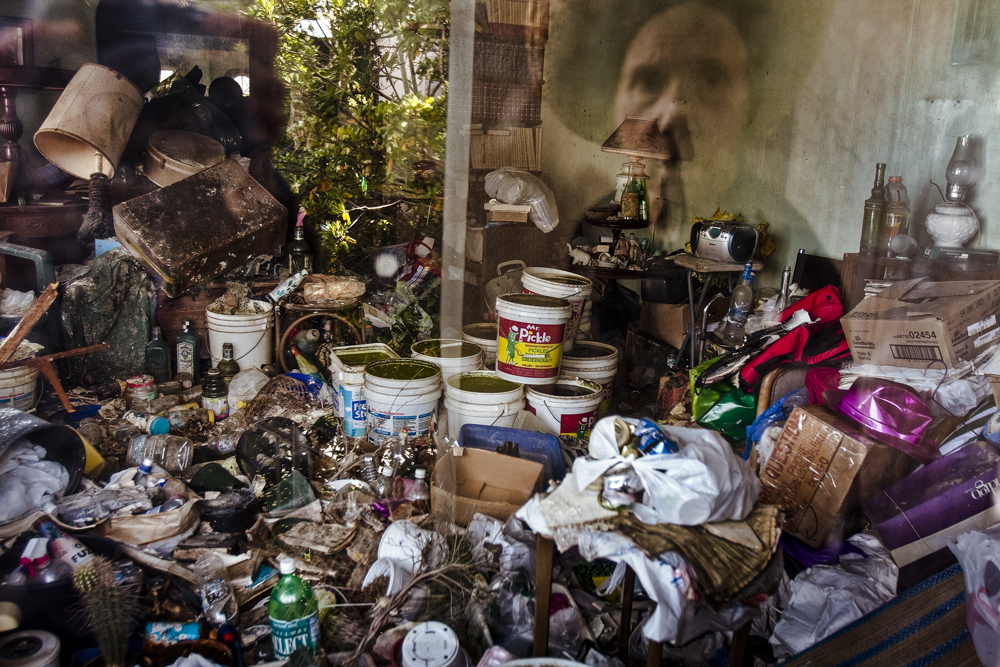 Who decides whether Lee is crazy? And if she is, should she be forced from her home? Should someone diagnose her, put her on drugs? Over the years that I have gotten to know her, what strikes me most about Lee is her happiness. She speaks of being content, both with herself and with her life—an enviable state that eludes so many of us. Without romanticizing Lee’s situation, I can’t help but wonder if her contentment in the midst of astonishing squalor points to some secret the rest of us are missing. 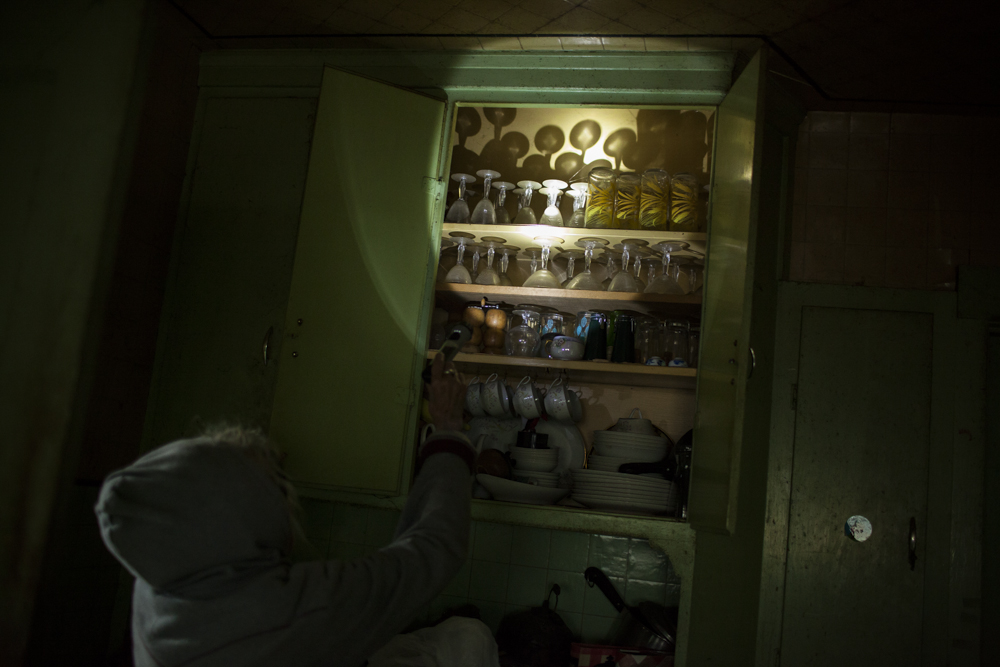 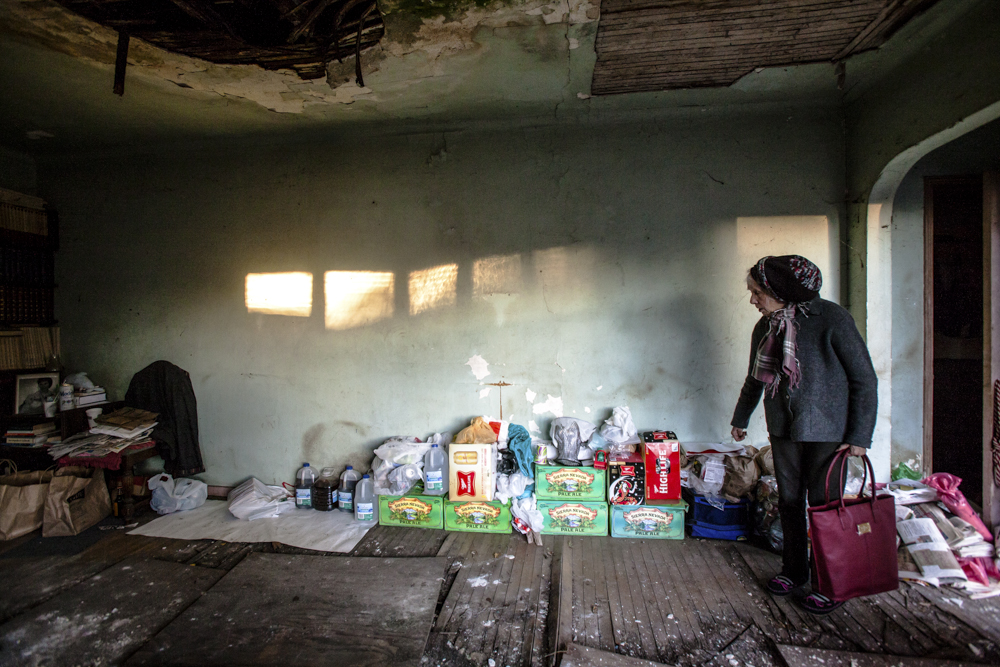 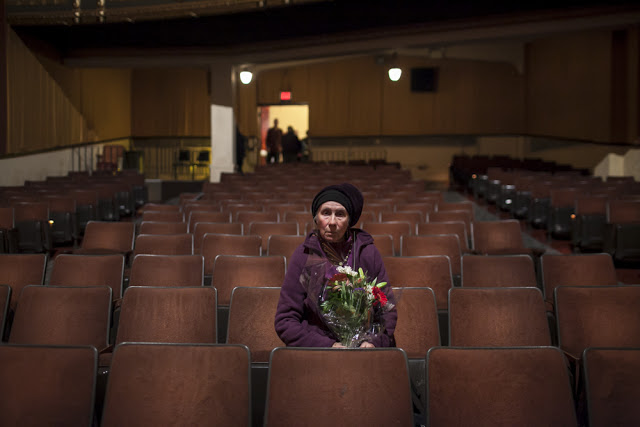 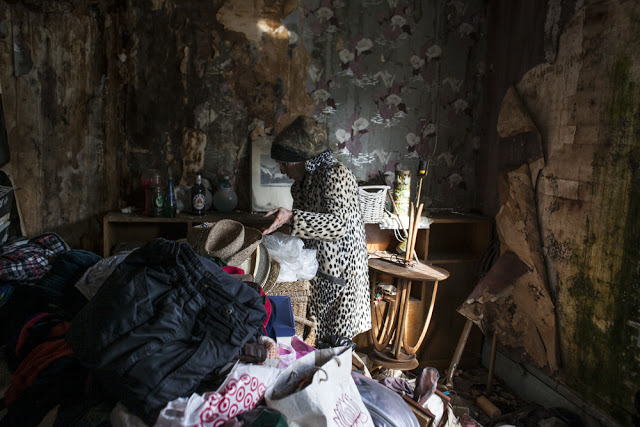 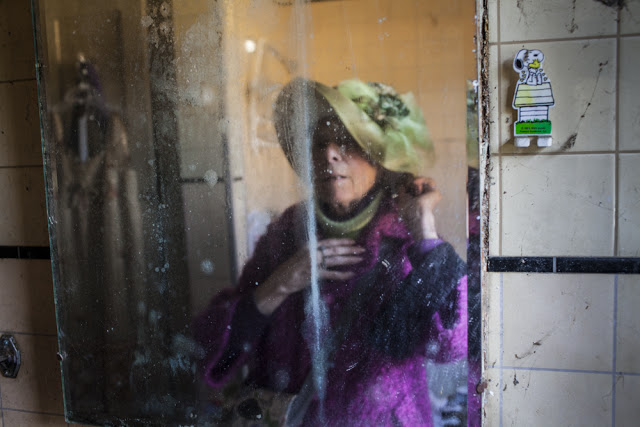 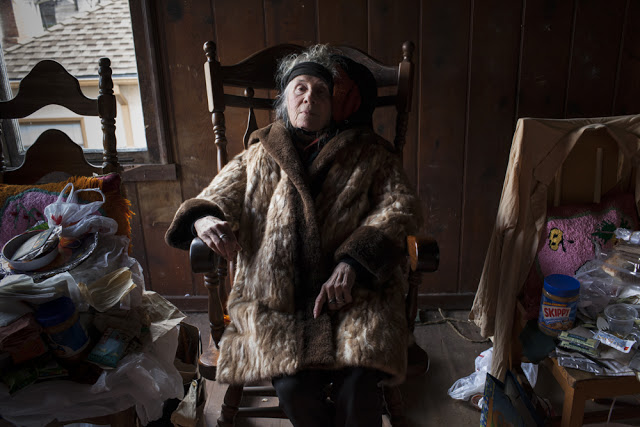 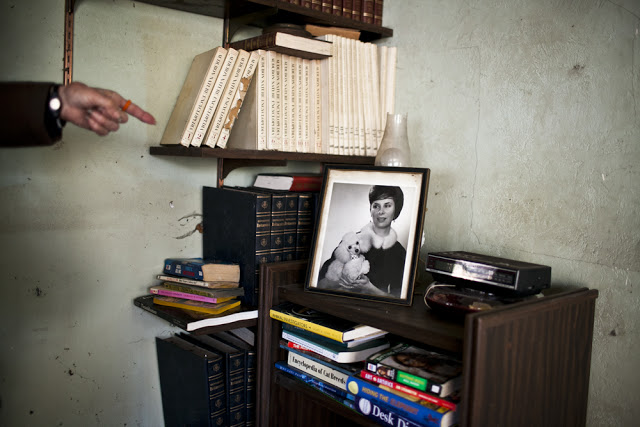 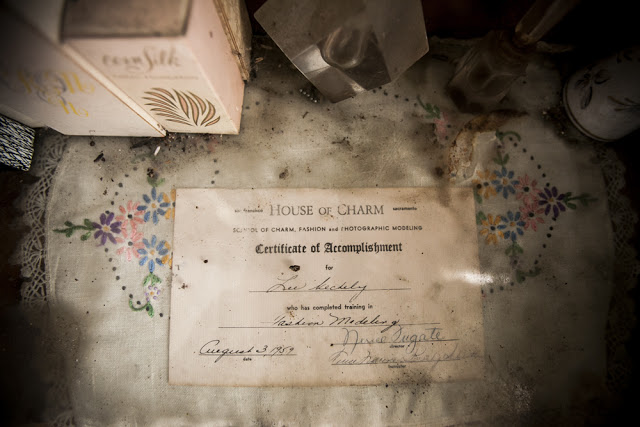 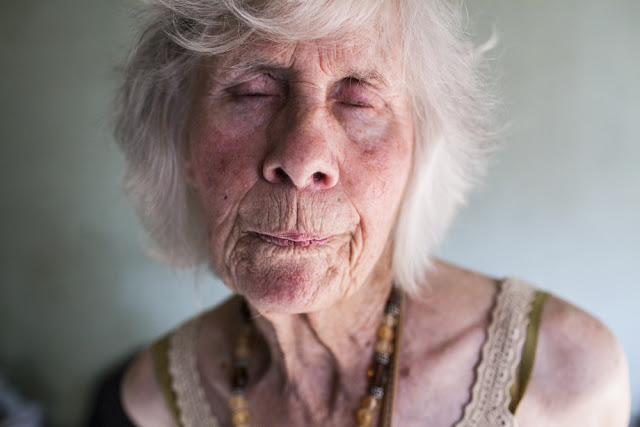 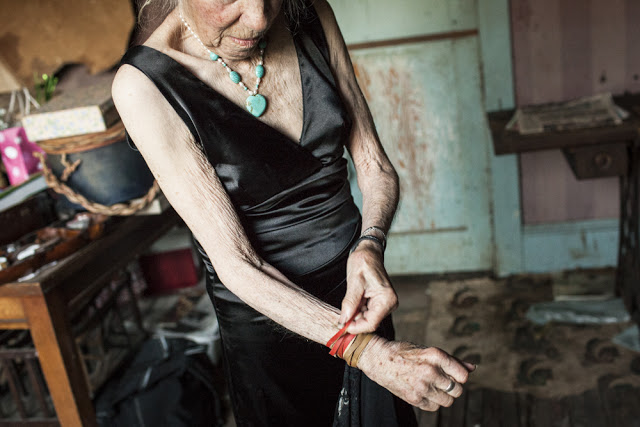 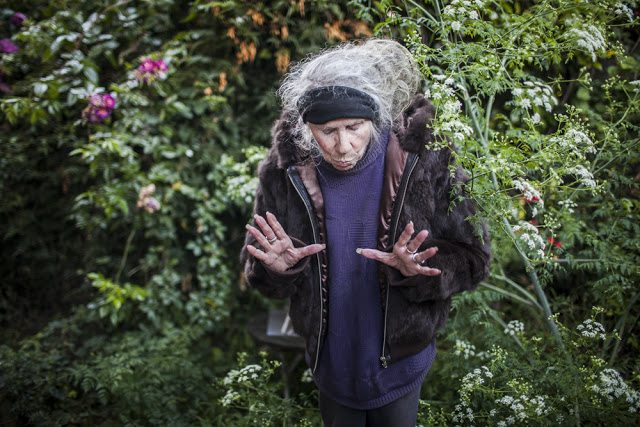 Response from Round One Jurors:
I like the weird, Polish Grey Gardens feel to this series. It makes me feel very discombobulated, in a good way. It’s clear that the photographer made great use of the access that she had, and presents a very interesting story. The colors are great, but the portraits need some work. Forwarded to the next round.