The Alexia Foundation promotes the power of photojournalism to give voice to social injustice, to respect history lest we forget it and to understand cultural difference as our strength – not our weakness. Through grants, scholarships and special projects, The Alexia Foundation supports photographers as agents for change. Each year the foundation awards grands to professional and student documentary photographers so that they can continue their work.

Congratulations toAbir Abdullah, recipient of the 2013 Alexia Foundation Professional Grant and to Sara Naomi Lewkowicz as winner of the 1st prize Student Grant. Abdullah’s project looks at the continuous threat fire presents to the working class communities of Dhaka. Lewkowicz examines how a pattern of domestic abuse develops and eventually crests, as well as show its short- and long-term effects on victims, their families, and their abusers.

Abir Abdullah is the 2013 winner of the $15,000 Alexia Foundation 2013 Professional Grant.Abdullah’s work will document the continuous threat fire presents for the working class communities of Dhaka, Bangladesh in basti (slums), garment factories and shopping malls. In the rapidly growing city, lack of fire safety precautions is omnipresent, and is particularly visible in the garment industry, Bangladesh’s most successful industry. The danger is compounded by corrupt officials who ignore building codes and greedy businessmen who bypass fire protection, making homes and workspaces death traps.
Abdullah is a part time teacher at Pathshala South Asian Media Institute and a stringer photographer for the European Pressphoto Agency in Bangladesh.
Winning images by Abir Abdullah 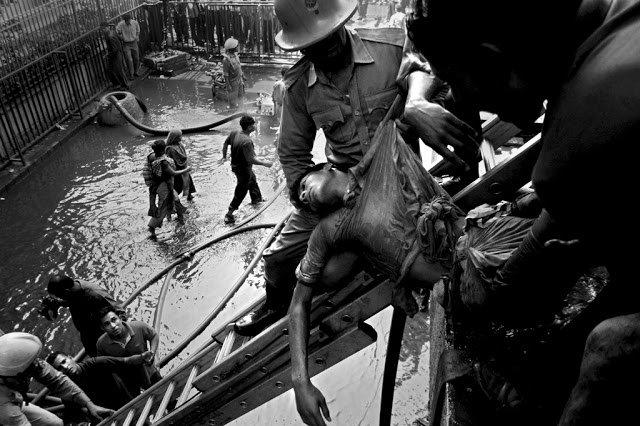 Fire fighters carry an injured person during a rescue operation. Four people died and got injured according to a fire service report at Kawran Bazaar, Dhaka – 25 February 2007. Abir Abdullah 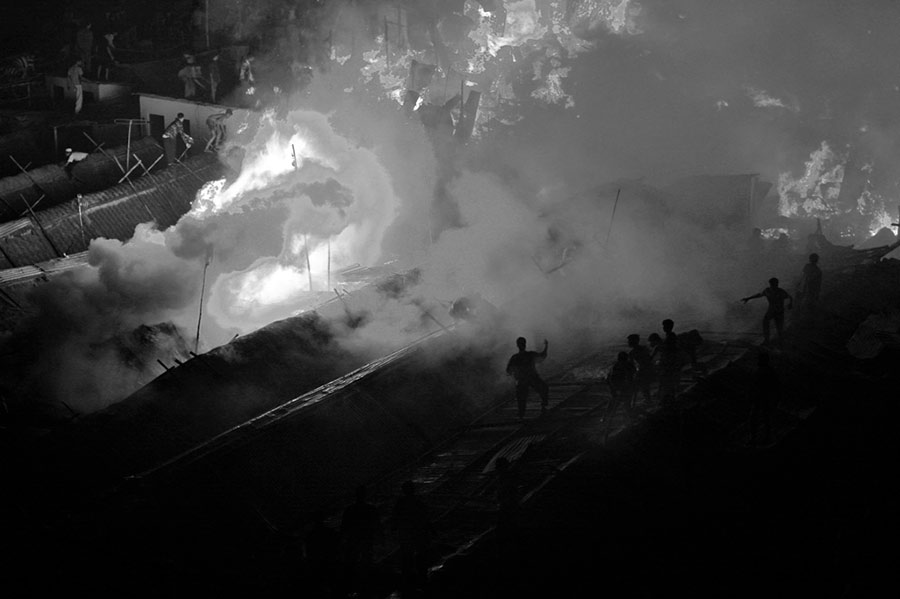 Civilians often take part in the fire rescue operation as volunteers, risking their lives before the arrival of any official rescue groups. 1 February 2006. Abir Abdullah 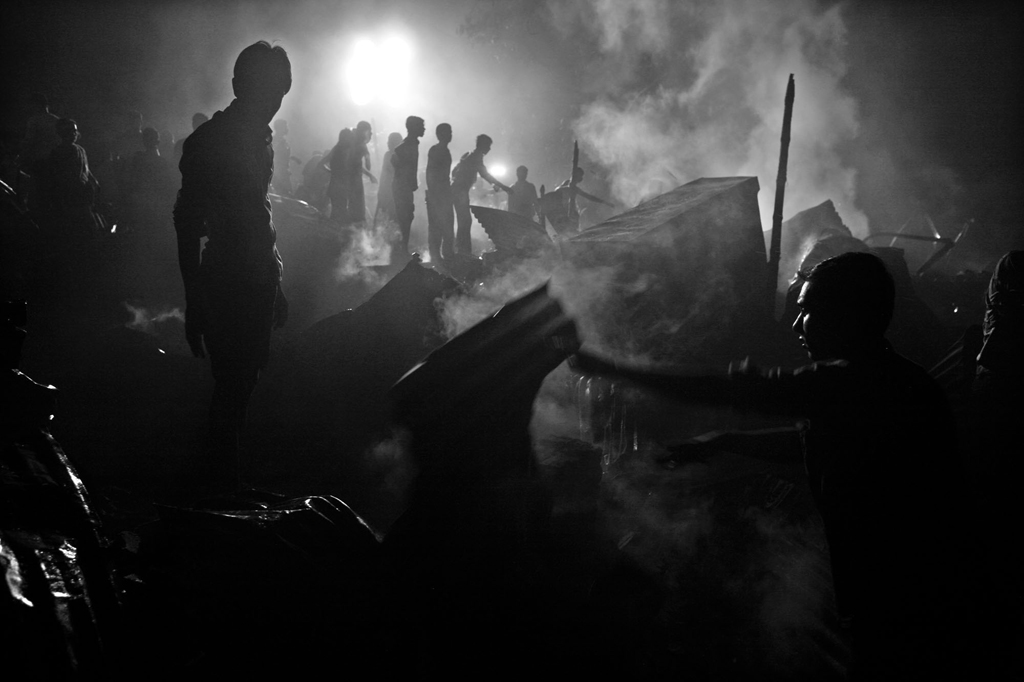 Slum dwellers collect the burnt remains of their houses after a fire. When fire occur, slum dwellers are not able to save or remove their belongings and they become homeless for many days. Dhaka – 27 February 2010. Abir Abdullah 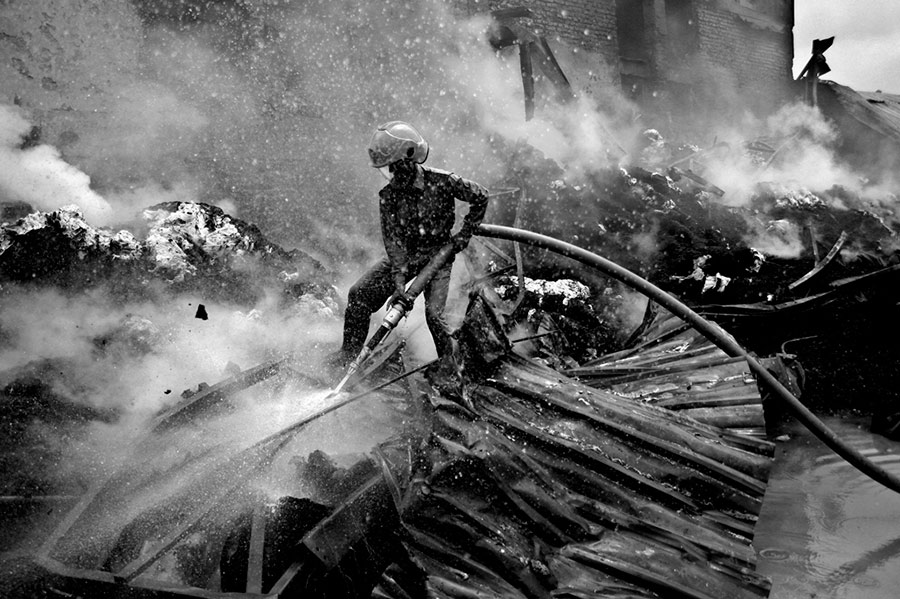 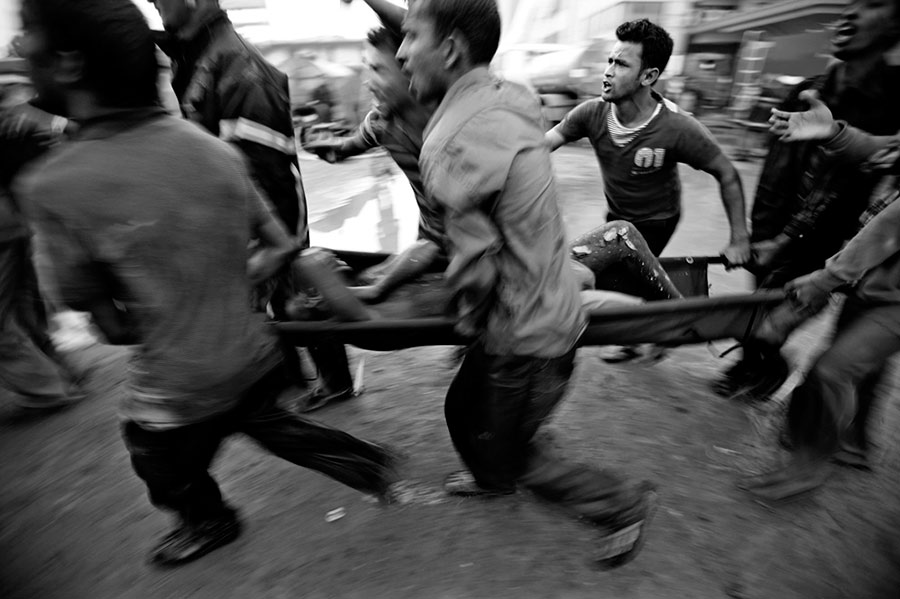 A Bangladeshi injured worker is carried on a stretcher by fellow workers during a fire at a garment unit of Ha-Mim Group in Savar, Bangladesh, 14 December 2010. At least 24 people died and hundreds were injured when the fire broke out on the 9th and 10th floors of the building. Abir Abdul 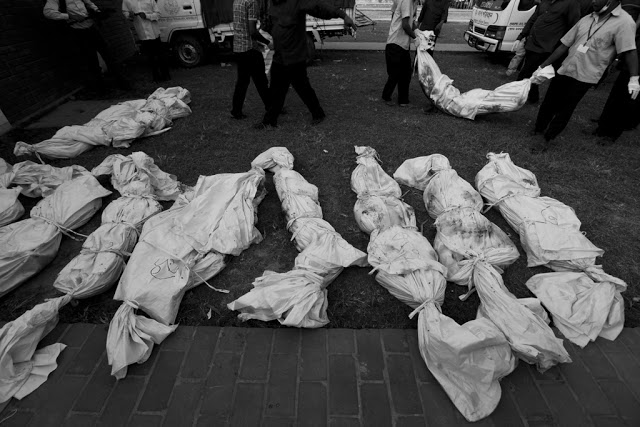 Workers put the bodies in line as they bury unclaimed bodies of on accidental fire in a mass funeral at a grave at Jurain in Dhaka, Bangladesh. The government has handed over the bodies of 52 unidentified workers to Anjuman Mofidul Islam (a social organization) for burial, after taking samples for DNA testing. More than 100 people were killed after a devastating fire took place at the Tazreen Fashions Limited garment factory at Nischintapur, in Savar on the outskirts of Dhaka, Bangladesh, late on 24 November 2012. Abir Abdullah

Sara Naomi Lewkowicz is the winner of the Alexia Foundation 2013 Student Grant. Her project, “Shane and Maggie,” seeks to portray domestic abuse as a process, as opposed to a single incident, examining how a pattern of abuse develops and eventually crests, as well as show its short- and long-term effects on victims, their families, and their abusers. 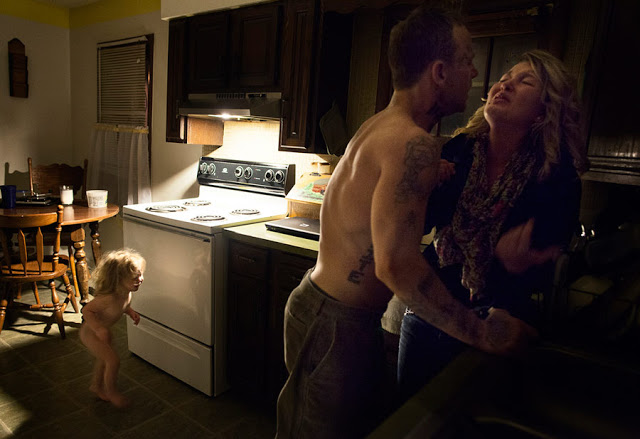 She is a graduate photojournalism student at Ohio University. Lewkowicz wins a full-tuition scholarship to study photojournalism at the Syracuse University London Program in Fall, 2013, plus a $1,000 grant to produce her picture story and a $300 gift card from Dury’s Photo for equipment and supplies.

She has a B.A. in Journalism from the University of North Carolina at Chapel Hill. She has been an intern at Patuxent Publishing, is a 3 time alumna of the WKU Mountain Workshops and was a student at the Eddie Adams Barnstorm Workshop XXV.


For more on these projects and other stories, go here.