Aimée Beaubien: Only Part and Found and Found by Aline SmithsonOctober 20, 2013

Looking at work seen at the Filter Photo Festival 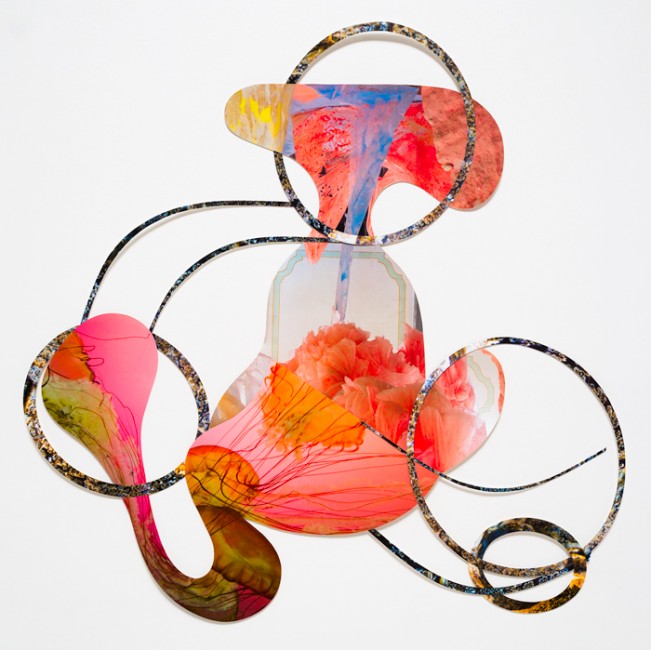 photo collage from Lost and Found

Aimée is an artist and an Adjunct Associate Professor at the School of the Art Institute of Chicago, where she received her MFA in 1993 and BFA in 1989. Her photo based collage work has been exhibited in the US, Spain, Germany, Italy, at Marvelli Gallery, NY; Rhona Hoffman Gallery and Carl Hammer Gallery, Chicago; with reviews in publications such as Art In America, Art on Paper, and Art Papers. Aimée has been a guest lecturer presenting her artwork at the Society of Photographic Education and several diverse academic institutions across the country such as: Maryland Institute College of Art, University of Colorado, The University of The South, Oberlin College, University of Illinois, DePaul University, and Columbia College.

Image quality, color palette, tonal range, texture and the intrinsic materiality of the c-prints and silver gelatin snapshots from different eras initially captured my curiosity. My response with painted gestures in Only Part led to examining photos I have taken to generate systems that extend and expand the gestures by cutting forms into my pigment prints in Found and Found.

I combine vintage photographic elements from as early as 1904 with marks made using color pencil and gouache on paper in the series titled Only Part. Photographs from personal archives reflect recognizable collections of memories. I cut into original snapshots and reorganize fractured scenes to connect forms representing experience and feeling. The primary subject conventionally located in the center of the frame has been cut out and replaced with a painted and drawn impression shaped by the semblance of remembrance. Attention is drawn to the contrast between the fixed frame of the photographic borders and lively mark making contained within and embellishing the experience of recognition. 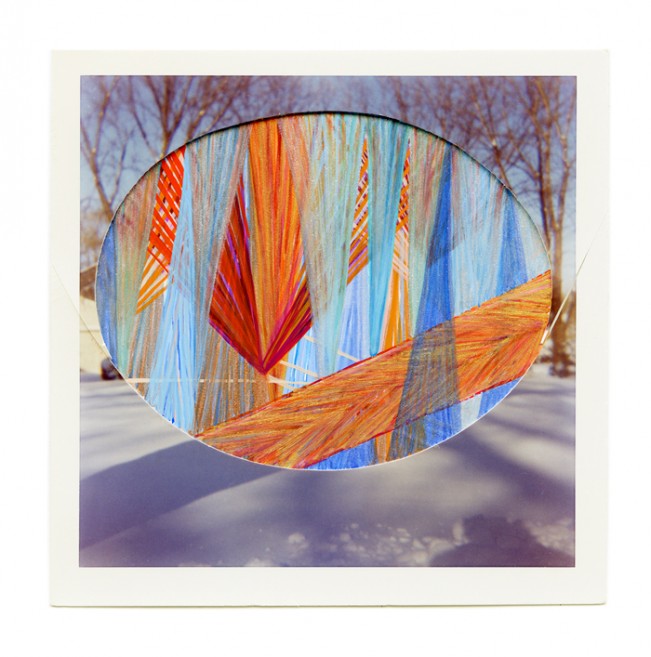 My earliest recollection of a collaged form was taped to my great-grandmother’s refrigerator door. Her eighty year old face had been cut out of a snapshot and taped to the body of a plus size model dressed only in control top panty hose. In my work I have mined my great-grandmother’s photographs and her detailed captions. This charged self-image effectively designed to control her appetite lingers as my engagement with restructuring relationships between photographic materials continues. 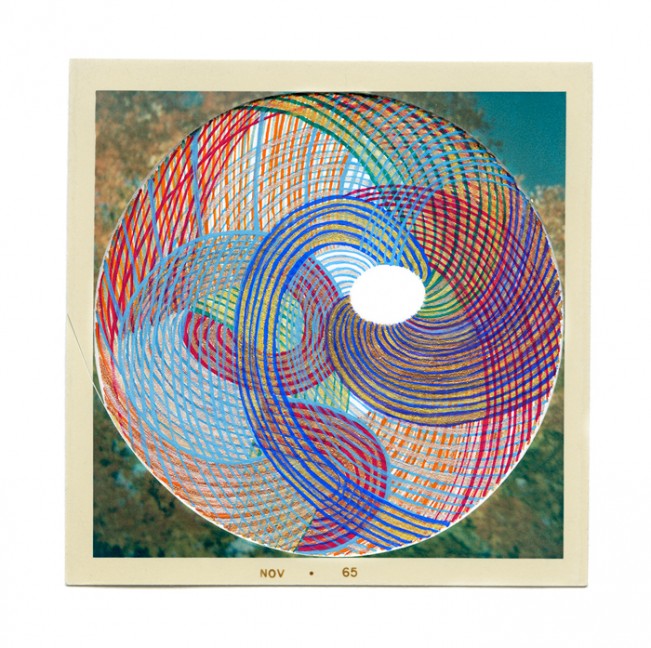 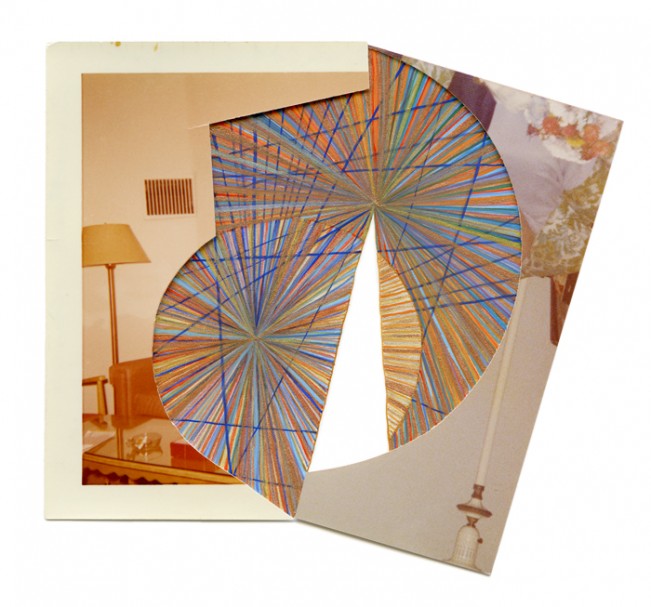 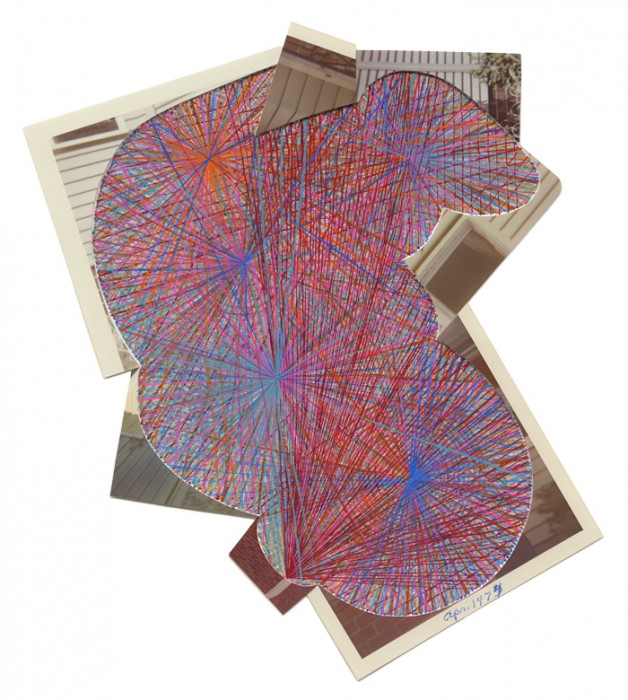 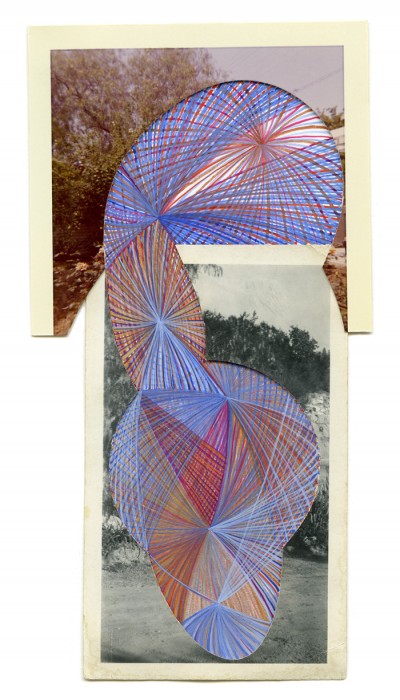 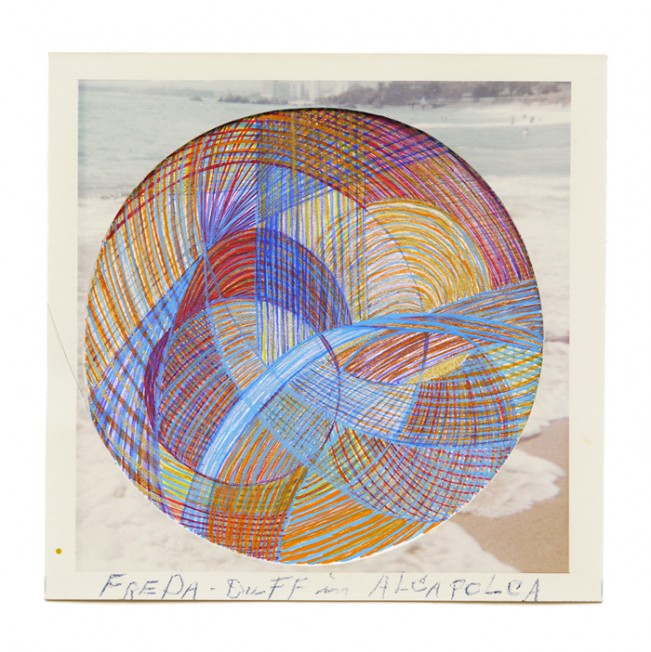 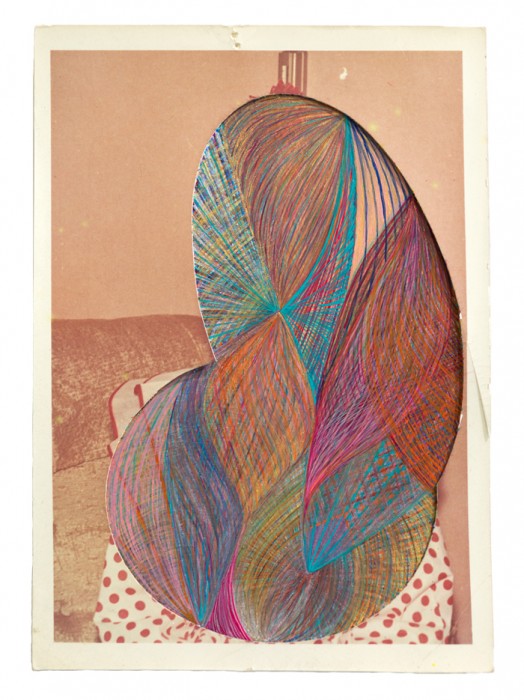 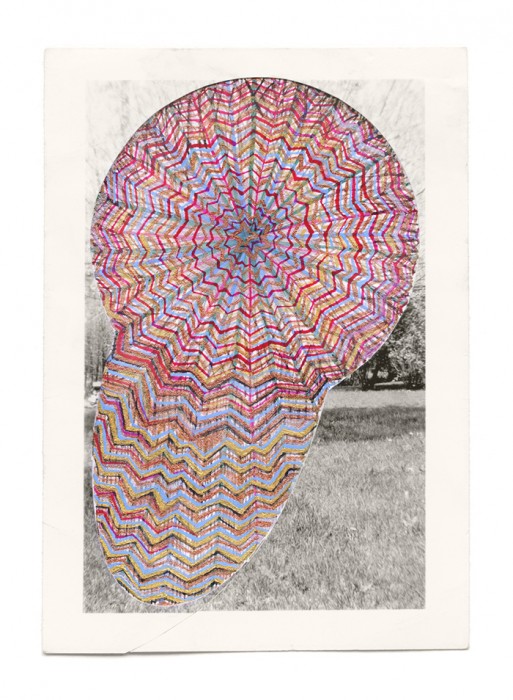 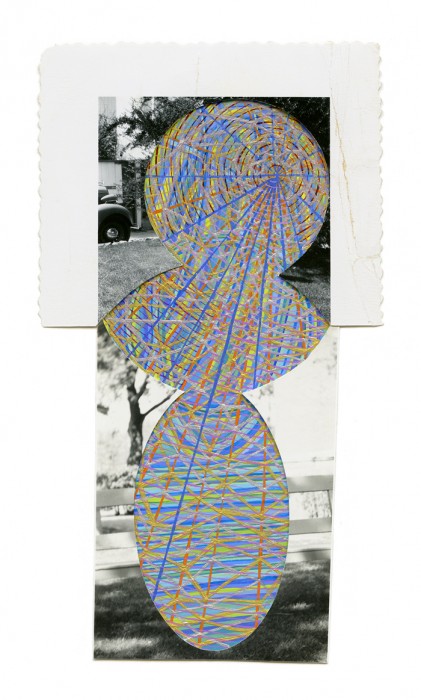 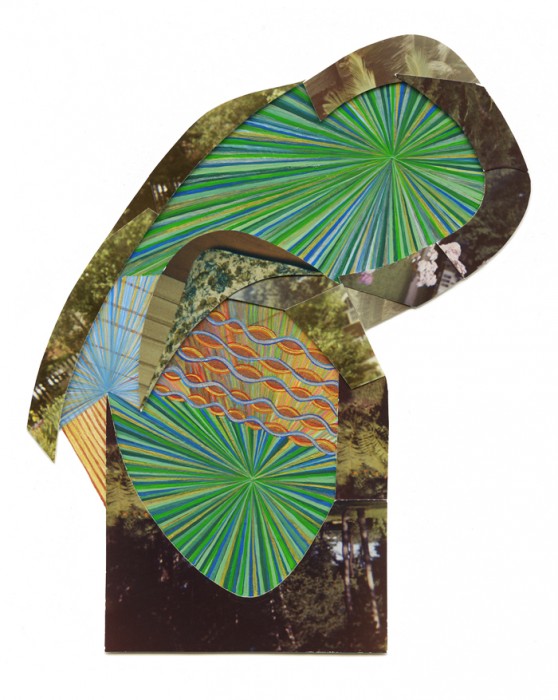 The way that I interact with photography begins with making pictures and then I make things from my prints. Responding to the complexities of perception, I employ a camera to capture raw material and what I initially see through the lens continues to transform. In the series titled Found and Found, I create collages by drawing with scissors, cutting photographs apart and taping invented forms together. Collage is destruction and construction, a simultaneous collapsing of time, space and place. 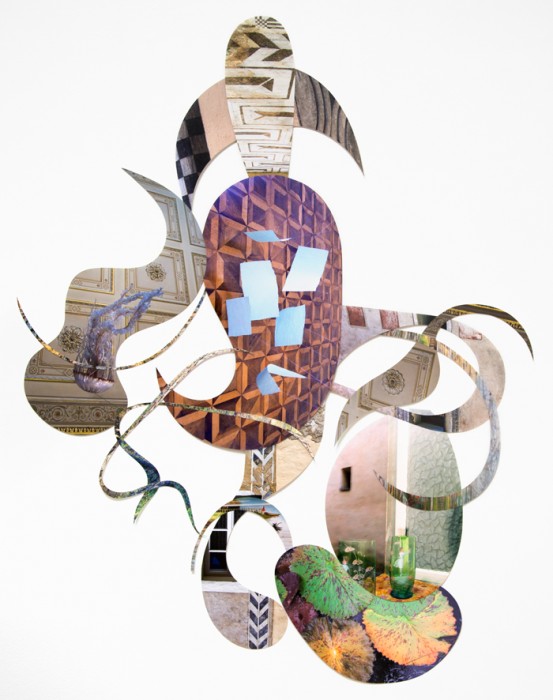 These tangled inventions overlap and intersect, upending expectations of foreground, background, object, subject and motion. The fragments generated are joined into a matrix of shifting planes and disorienting scale relationships, which move between recognition and abstraction. The physicality of these layered works activates opportunities for compelling paths of visual explorations through the fabric of my collages and taps into our intuitive abilities to entertain multiple narratives. 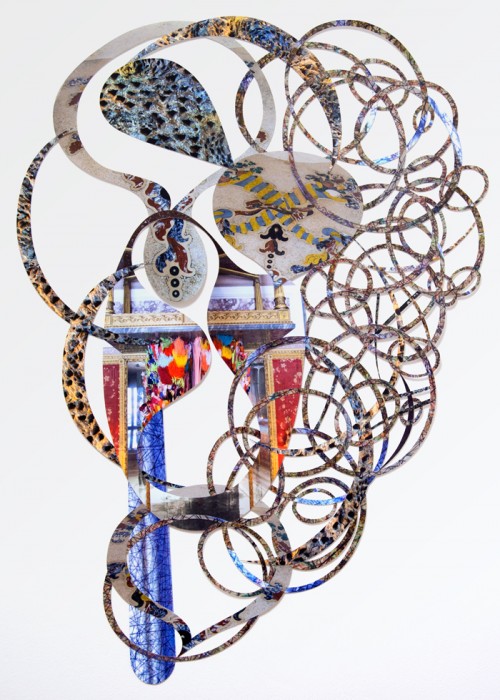 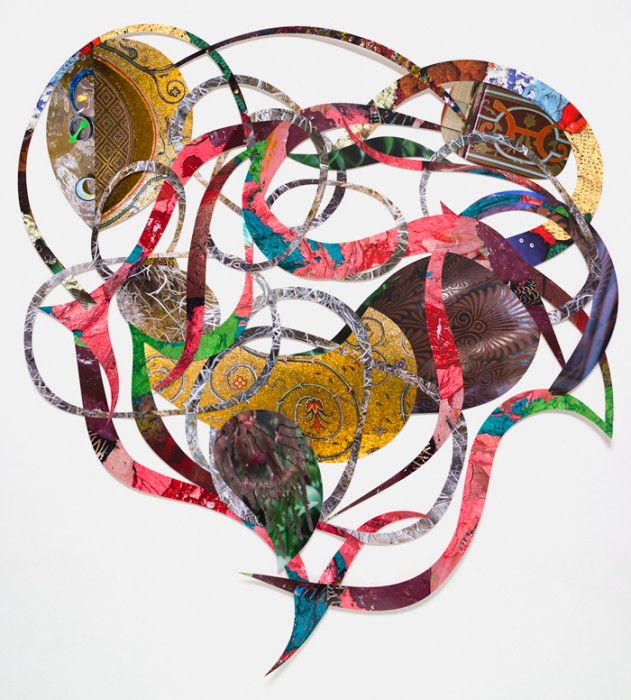 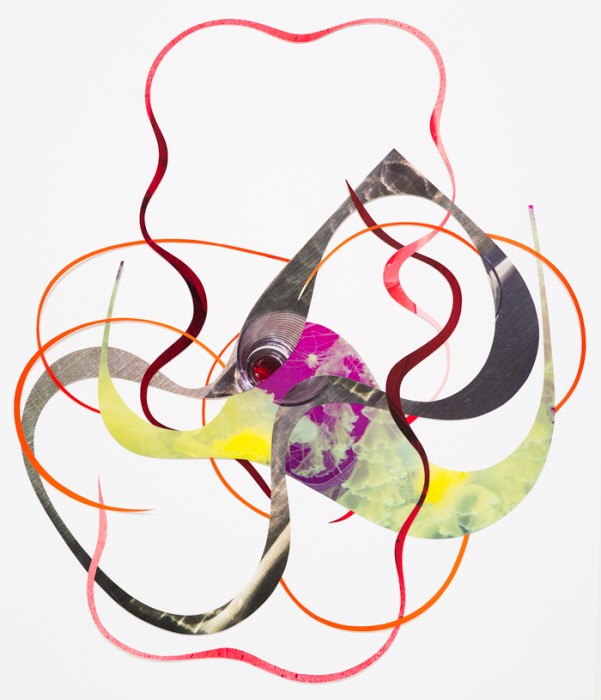 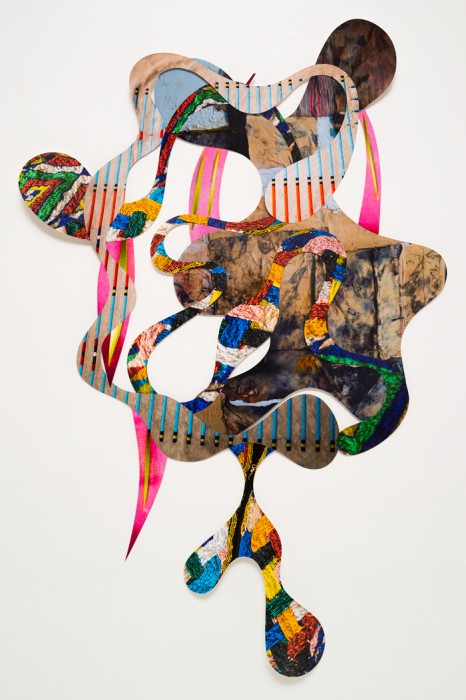 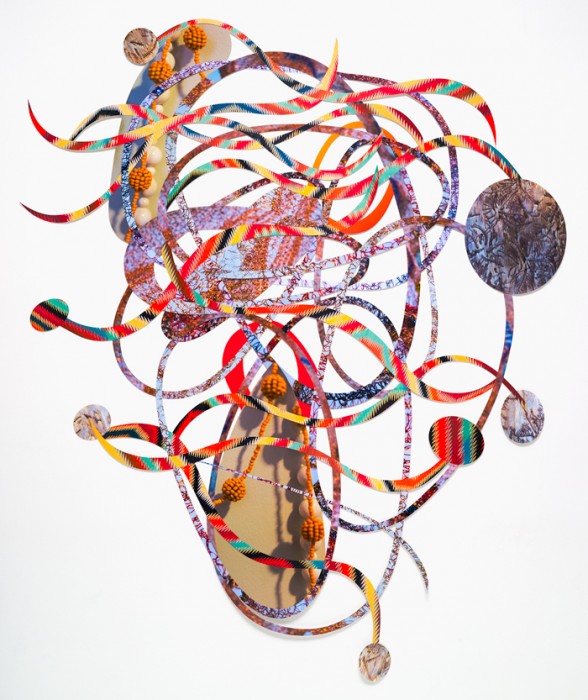 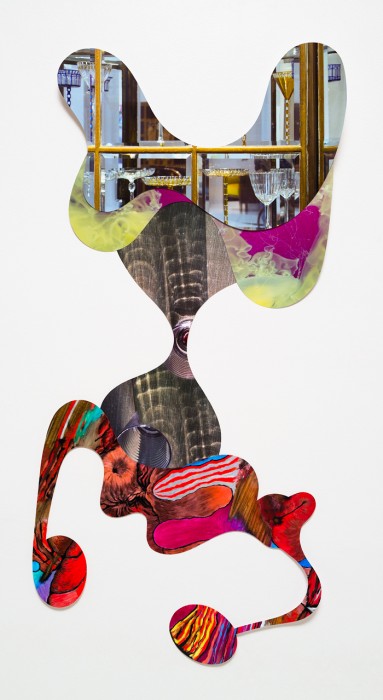 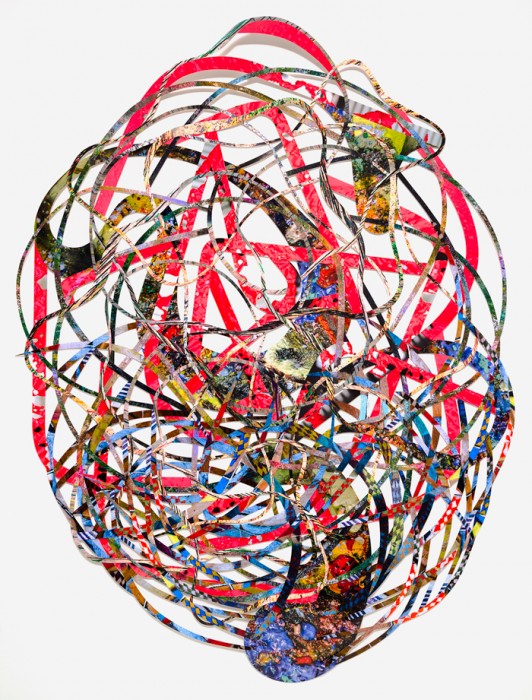 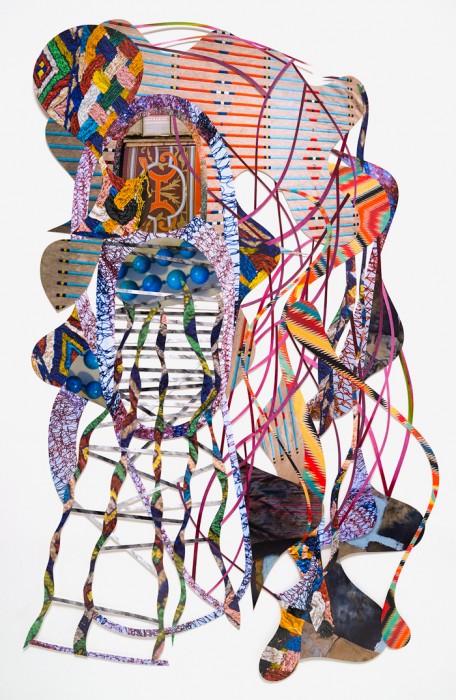 NEXT | The Beth Moon Interview: Between Earth and Sky >
< Allison Barnes: Neither For Me Honey Nor The Honey Bee & Autobiogeography | PREV