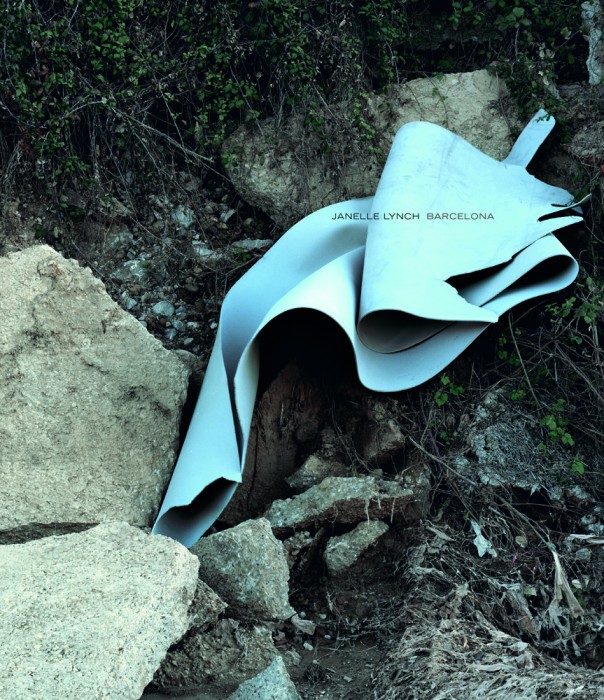 Janelle Lynch has a new book, Barcelona, published by Radius Books that has managed to appear on a multitude of Top 10 book lists. The project explores her relationships with her grandmother and with the natural environment that surrounds the city of Barcelona.  Janelle’s photographs are metaphors for life and death, for change and transformation, drawing influences from  Roland Barthes, Charles Burchfield and Wendell Berry. Her observations of things left behind, their changing forms and transitory meanings, speaks to the cycle of life and remembrance. Photographed along the Rubí stream outside of Barcelona, Spain, she investigates a landscape ravaged by civil war for more than forty years. “While the images are related to Catalonia and its history, they also reveal the ongoing loss of respect for the life of the natural world.”

Janelle  is a large-format (8×10) photographic artist and writer based in New York City whose work has been widely exhibited and published. She teaches at the International Center of Photography and is the 2013 Artist-in-Residence at the Burchfield Penney Art Center in Buffalo, New York.

She received her MFA in Photography from the School of Visual Arts and among her many honors are three grants from Kodak. Janelle writes about photography for photo-eye, The Photo Review, Loupe, and Afterimage and was a 2012-2013 Fellow at The Writers’ Institute, CUNY Graduate Center.

Barcelona is a photographic inquiry that considers what remains after absence; what lingers; what intangible presence continues despite a loss?

From 2007 to 2011, while living in Spain, I explored the fallow landscape outside of Barcelona. With my 8 x 10-inch camera and a portrait lens, I photographed traces of existence—pylons, puddles, leaves, and litter—as metaphors for absence, presence, and remembrance. Barcelona, the resulting project and my second monograph, includes five series of images—four color and my first in black and white. They show the terrain around the Llobregat River and Rubí stream: unpeopled yet layered with palpable suggestions of life, past and present. Barcelona follows Los Jardines de México (Radius Books, 2011), my first monograph, and expands upon my long-term interest in representations of the life cycle in the landscape. 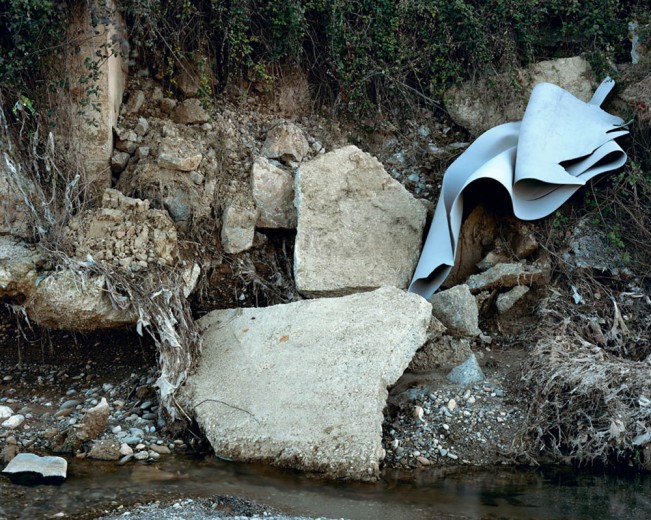 Interwoven throughout the book are my writings in English and Spanish. Barcelona begins with The Window, a short memoir about how, as a child, I learned from my grandmother to observe and appreciate nature. Other text precedes each series of photographs and offers insight into my subject matter and influences: Roland Barthes’ notes about mourning informed my new conceptual investigation; Charles Burchfield’s tendency to animate the landscape in his paintings inspired my vision; The Unforeseen Wilderness, an essay by Wendell Berry about approaching the natural world with respect and humility, transformed my process.

Barcelona is a visual elegy to my grandmother, who raised me, and who died after a long illness in January 2008. 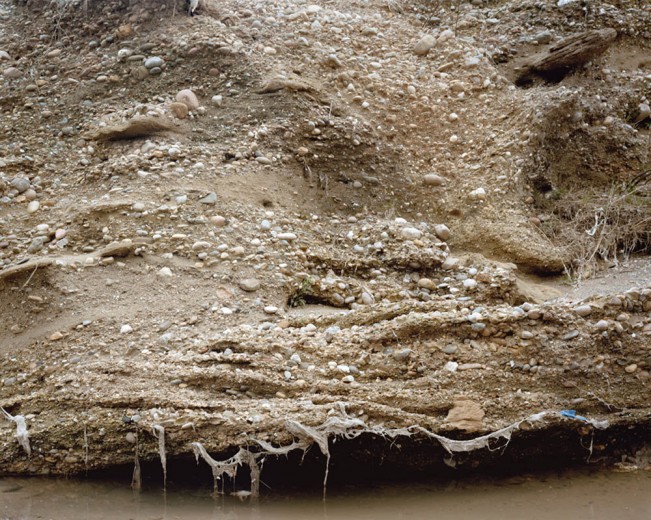 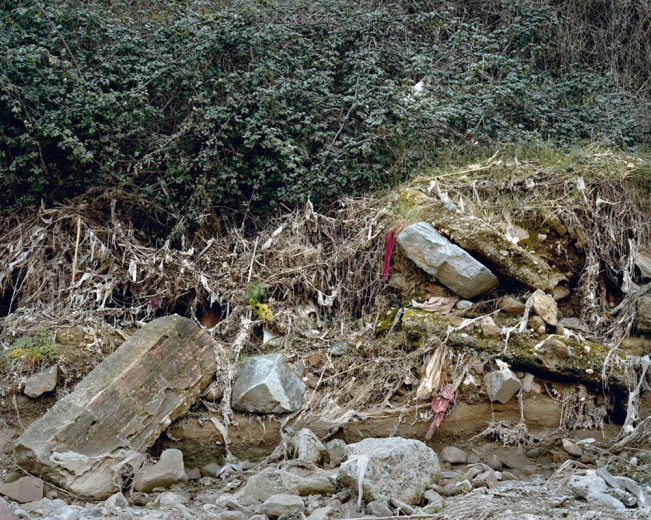 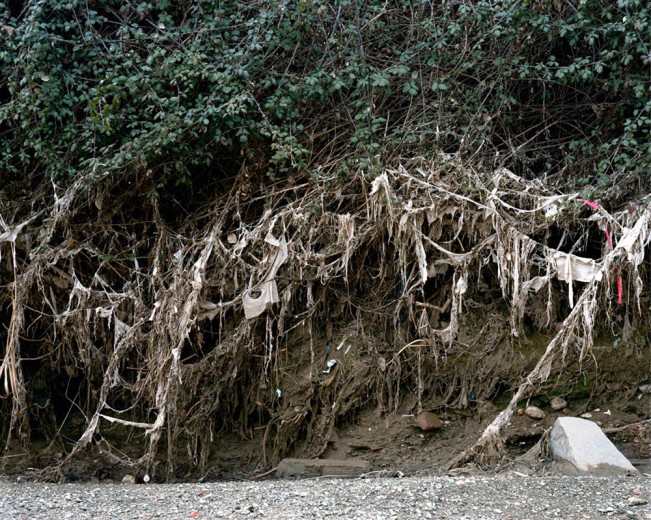 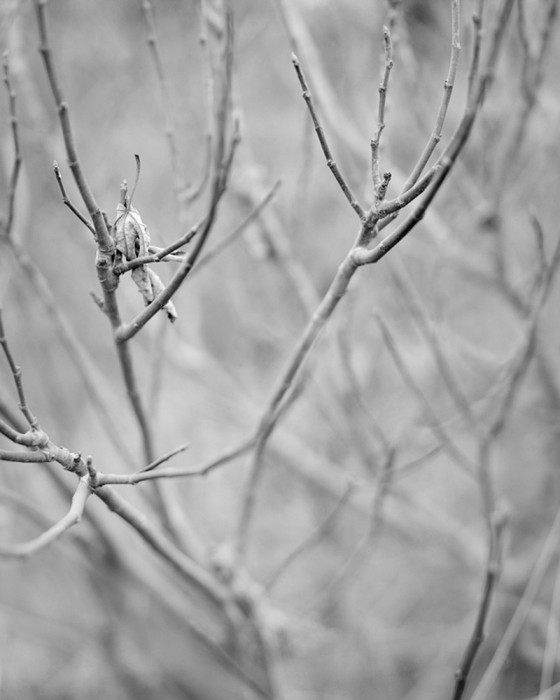 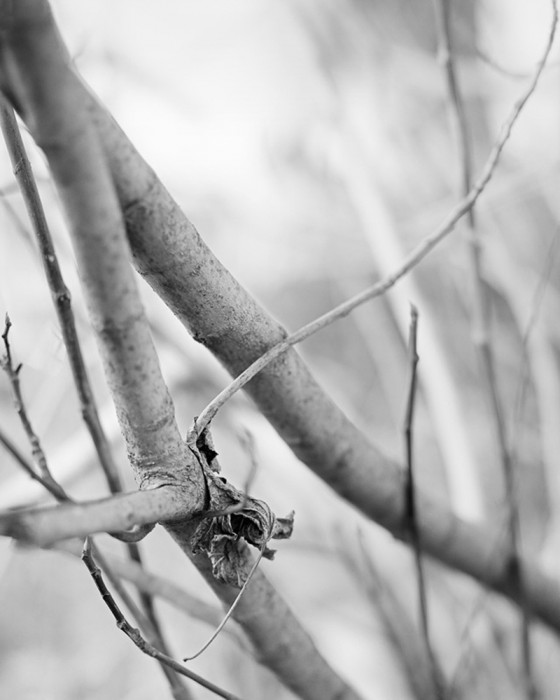 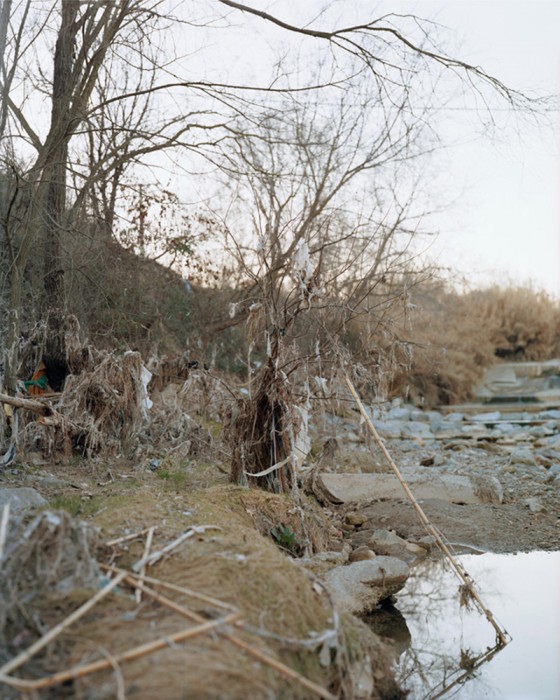 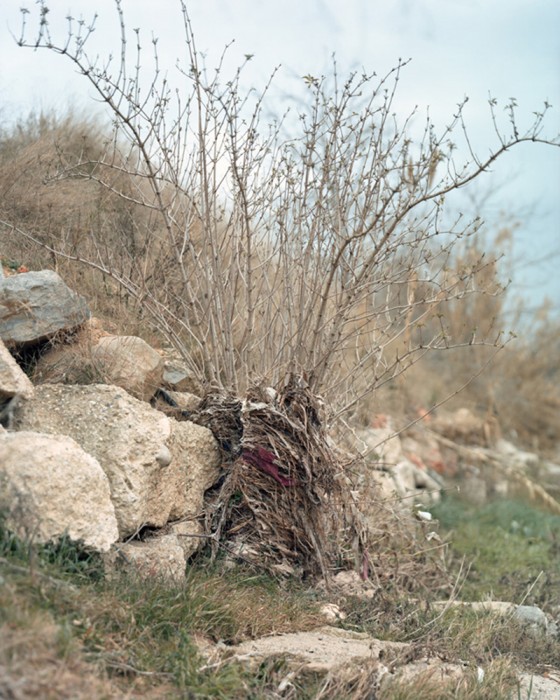 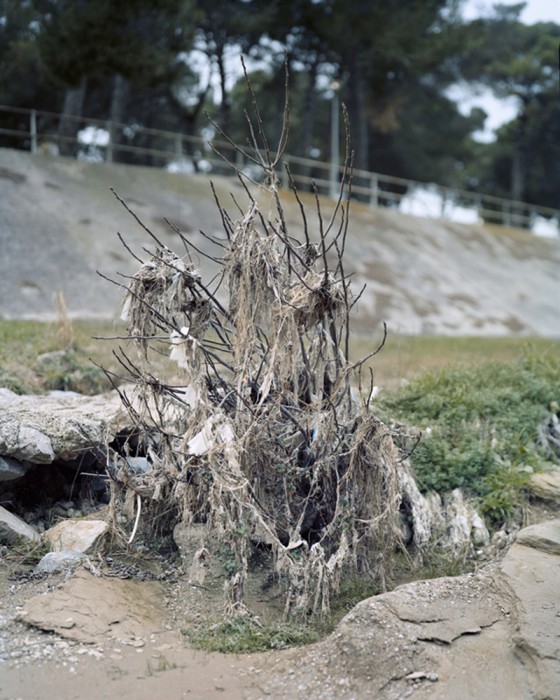 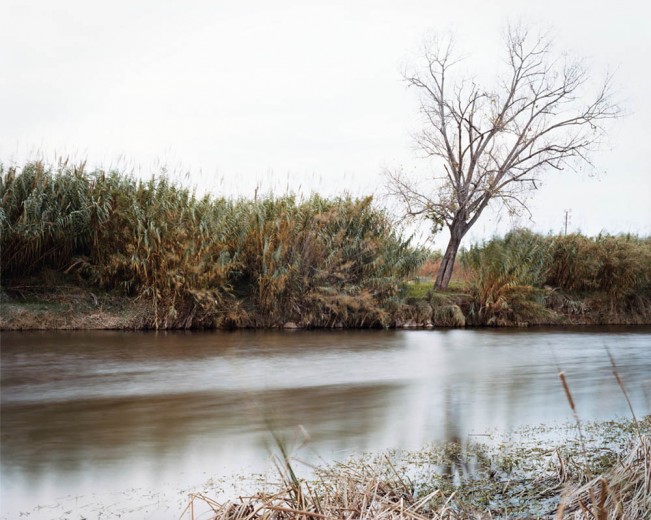 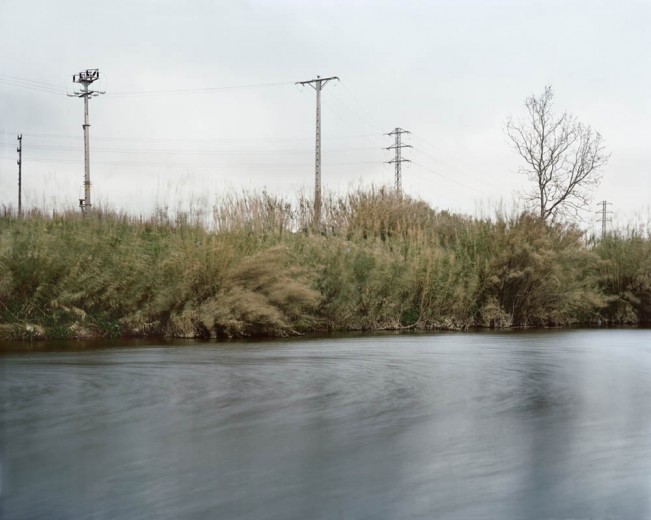 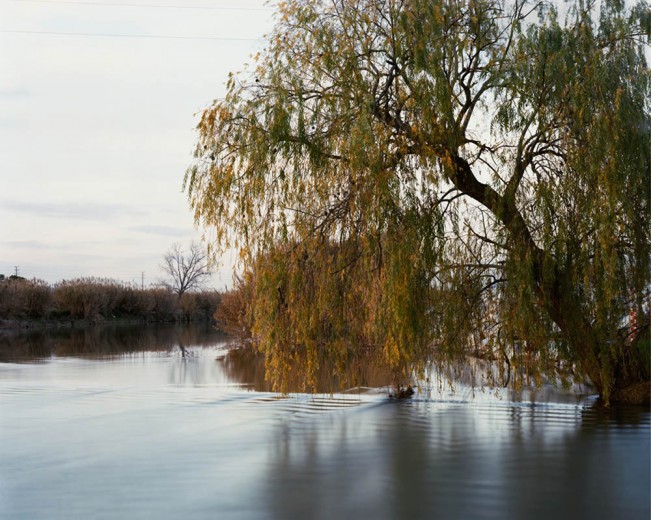 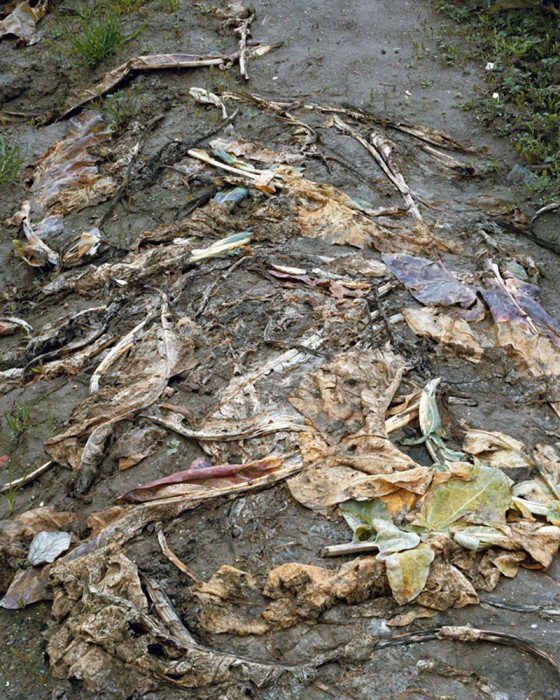 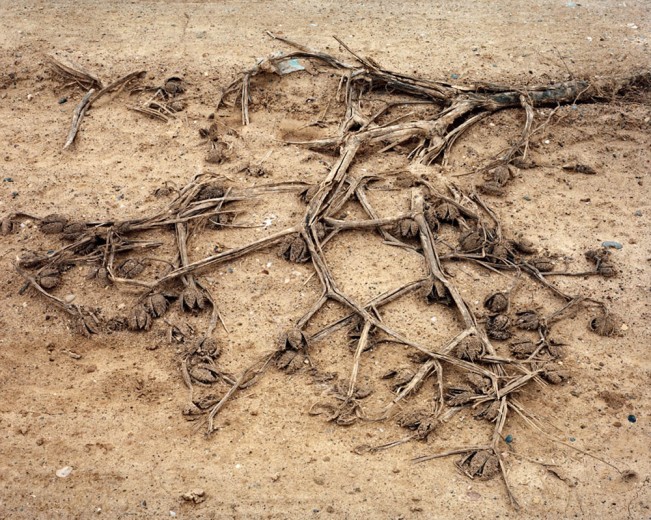 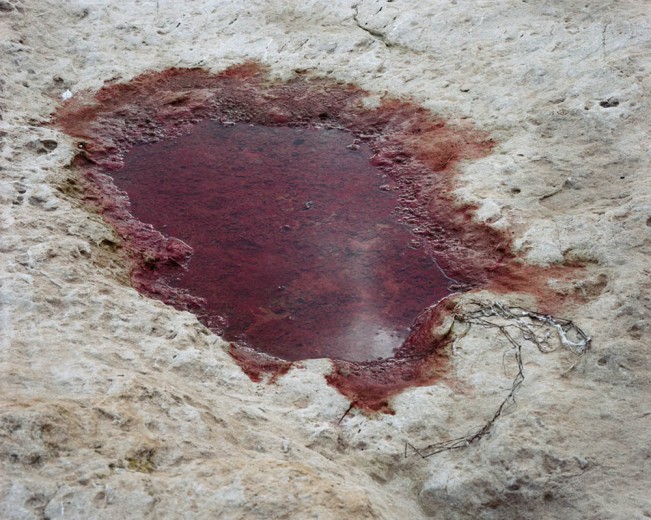