Lenscratch will be featuring submissions this week.

Scenes from a Hotel [Int.]

Rebecca Webb uses diptychs along with single images to tell a personal, intimate narrative. I get a sort of dry humor from the use of titles in Rebecca’s work. And often, after finding them a bit funny, I then ponder at the quiet somberness in the imagery and how humor is often used as a crutch in emotional or difficult situations in many people’s lives. This is where I find the depth in her work and how that feeling I have when viewing the work can be universal for many.

Rebecca Webb has worn many hats in the world of film production and new media, such as editor, producer, location scout, and post-production supervisor. Webb has worked on documentaries and feature films with directors William Klein, Darren Arronofsky and Hal Hartley, to name a few. Webb is especially interested in digital technology and how it’s shaping next-gen filmmaking and film-going experiences.  In her role as film curator for ArtPower!, she is inaugurating the Filmatic Festival (April 2014), a digitally-diverse festival that aims to blur the line between audience and artist.  Webb also lectures in film production media and photography at UC San Diego. Her fine art photography work is exhibited in galleries in Boston, New York City, San Diego and various museums nation-wide. She holds a BFA from the School of Museum of Fine Arts and Tufts University and is currently in graduate school at New York University’s Studio Arts Program.

Sutures is an intimate and autobiographical photographic portrayal of family relationships juxtaposed to images of forlorn structures that serve as universal symbolic motifs.

“Trust me, I’m telling you stories. … I can change the story. I am the story.” – Novelist Jeanette Winters [Written on the Body]

Influenced by my background in film editing and painting, I join imagery together to create a connection between reality and fabrication in the form of vignettes that star friends, family, and myself — in single or double frames. The “characters” become the subject of one still; the complementary image is a forsaken place, symbolizing our collective history and the relationship we have to the physical spaces we inhabit.

Though the work is extremely intimate, it is meant to function on many levels, as the specific becomes the general.  In this body of work, I attempt to capture the elusive nature of the personal narrative: feelings of fear and joy; disappointment and hope; longing, desire, and attainment. 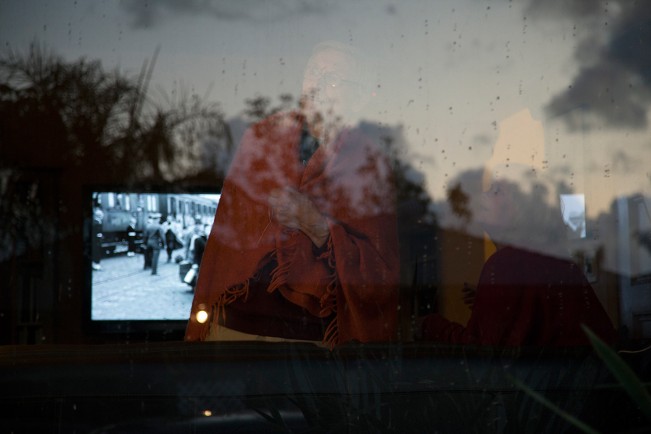 They came for the Fires [Int.] 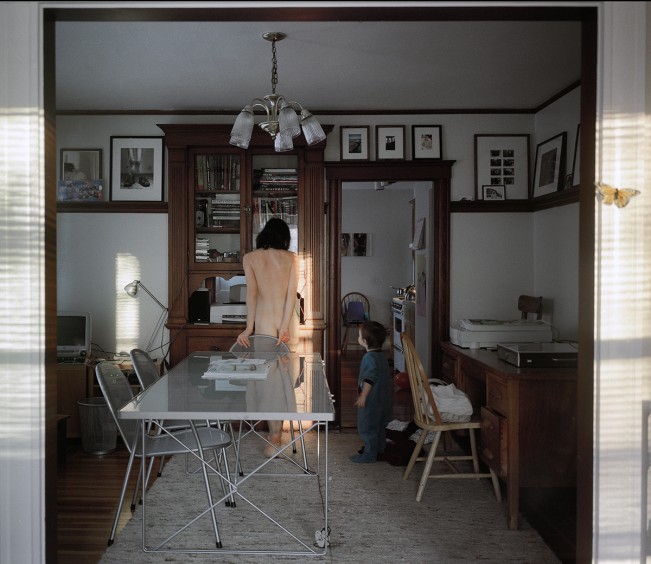 She was Almost Young [Int.]

A Conversation in Connecticut [Ext.] Image on right permission from artist J. Fitts 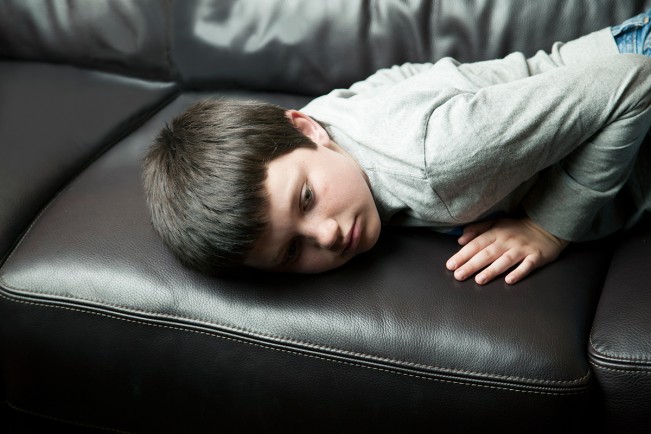 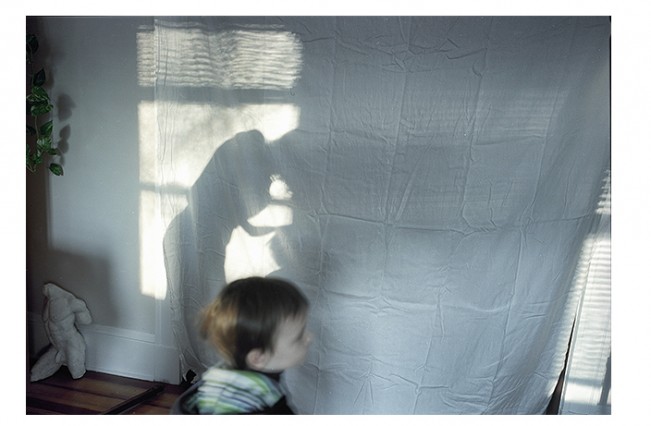 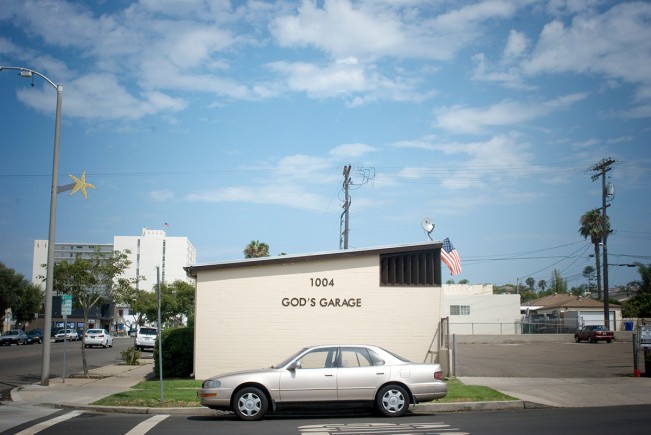 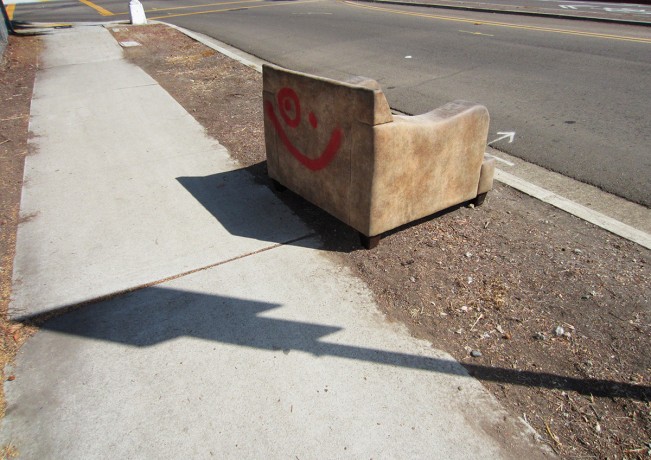 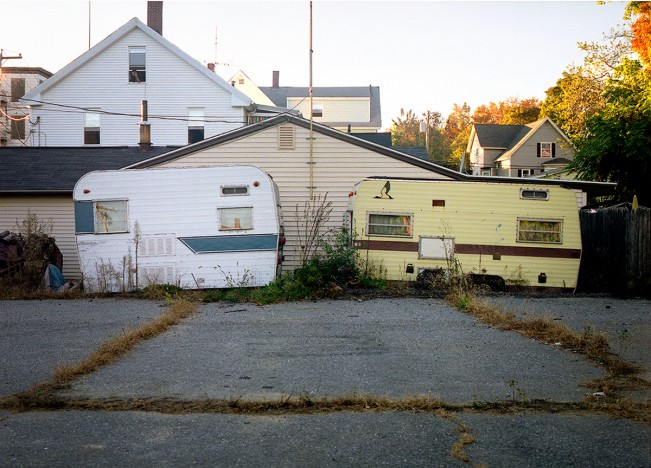 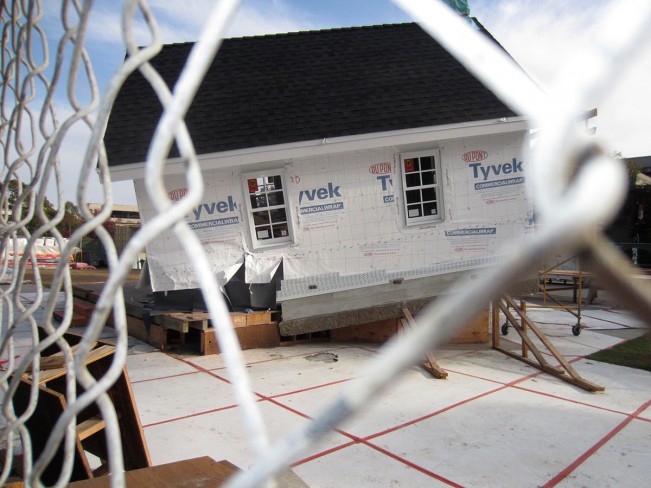 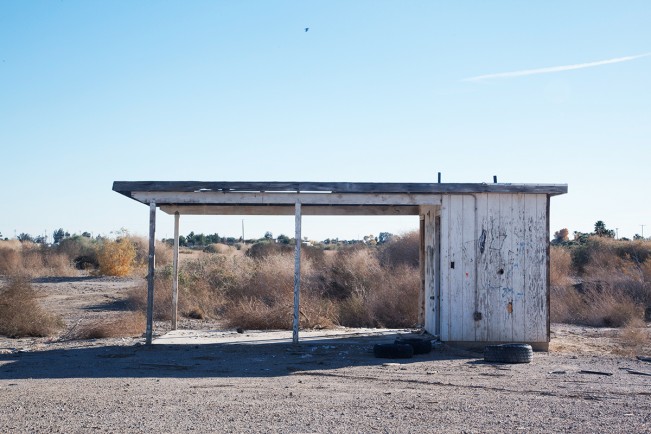 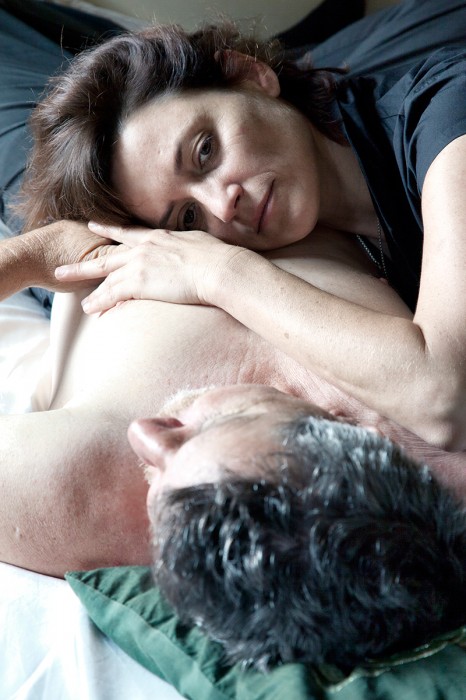 We are Here for the First time [Int.]