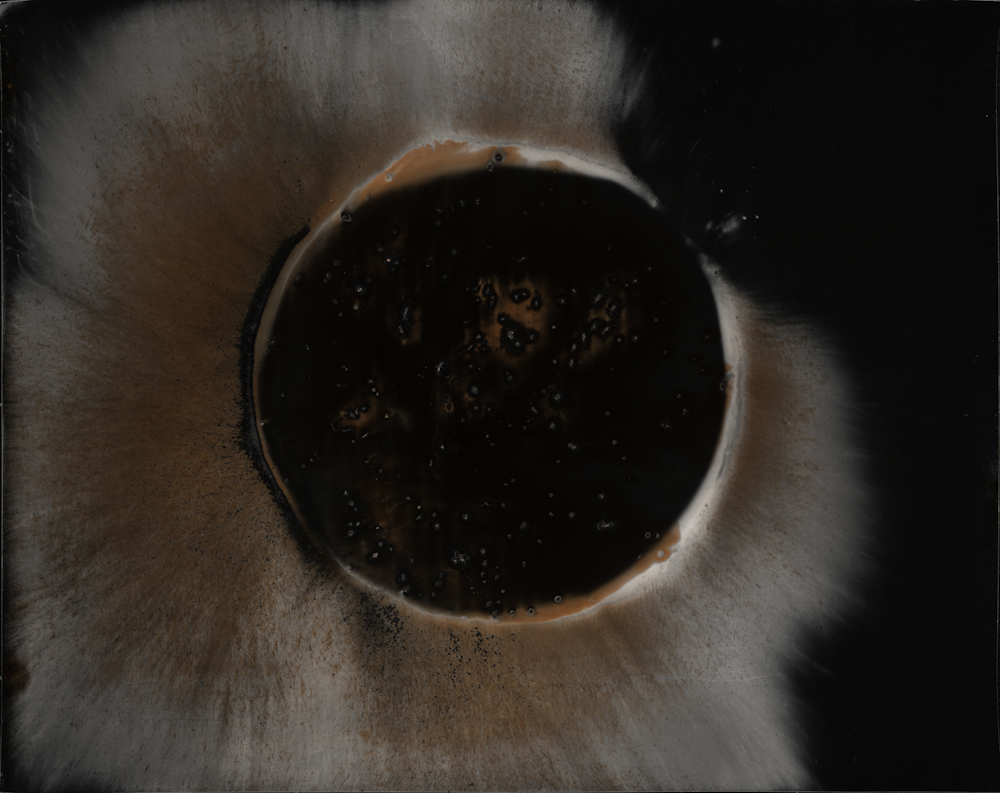 Christopher Colville, an artist based in Phoenix, Arizona pushes the boundaries of art and science. His boyhood captivation with sparks, smoke, and explosions, left him with a rampant desire for experimentation. As an adult, his artistic practice led him to return to trial and error using gunpowder, but this time, his goal wasn’t to make rockets propel action figures and bugs across the yard; rather, his controlled explosions were meant to alter the surface and expose the light sensitive photographic paper on which the gunpowder was ignited. The resulting abstracted images within Colville’s series Works of Fire live somewhere within a primordial world reminiscent of microscopic imagery or an astronomical event.

Christopher Colville is an artist working to push the boundaries of the photographic medium in both experimental and traditional forms. Born in 1974 in Tucson Arizona, Christopher received his BFA in Anthropology and Photography from Washington University in St. Louis, Missouri and his MFA in Photography from the University of New Mexico. After leaving New Mexico, he returned home to the Sonoran Desert and is currently living in Phoenix. Chris has spent his time in Phoenix exploring the desert where he has taught at multiple institutions including as a visiting Assistant Professor at Arizona State University.

Christopher’s work has been included in both national and international publications and exhibitions including SCOPE Basel 2015. Recent awards include the Ernst Cabat Award through the Tucson Museum of Art, Critical Mass top 50, the Humble Art Foundations New Photography Grant, an Arizona Commission on the Arts Artist Project Grant, a Public Art Commission from the Phoenix Commission on the Arts and an artist fellowship from the American Scandinavian Foundation. Christopher’s work has been reviewed in national and international publications including the L.A. Times, the Boston Globe, GUP Magazine and Vice.

When I look into the night sky I am awestruck by the darkness that is the universe. As the sparse light of the stars descends, I am entangled in a state of wonder, searching for a better understanding of who I am and where I fit in to this world. Carl Sagan wrote, “…the universe is mainly made of nothing, something is the exception. Nothing is the rule. That darkness is commonplace; it is light that is the rarity.” This sense of wonder cast by light in the otherwise impenetrable darkness is a driving force behind this current work.

The images in this series meditate on the dual nature of creation and destruction. They are created outdoors at night by igniting a small portion of gunpowder on the surface of silver gelatin paper. In the resulting explosion, light and energy abrade and burn the surface while simultaneously exposing the light-sensitive silver emulsion. I loosely control the explosion by placing objects I have gathered in the field on the paper’s surface, but the results are often surprising and unpredictable as the explosive energy of gunpowder is the true generative force creating the image. I believe that by working in these ways, the images push the material and symbolic limitations of the medium. They turn the photograph inside out while creating something that is both serendipitous and elemental. The images are the residue of both creation and obliteration, generated from a single spark. 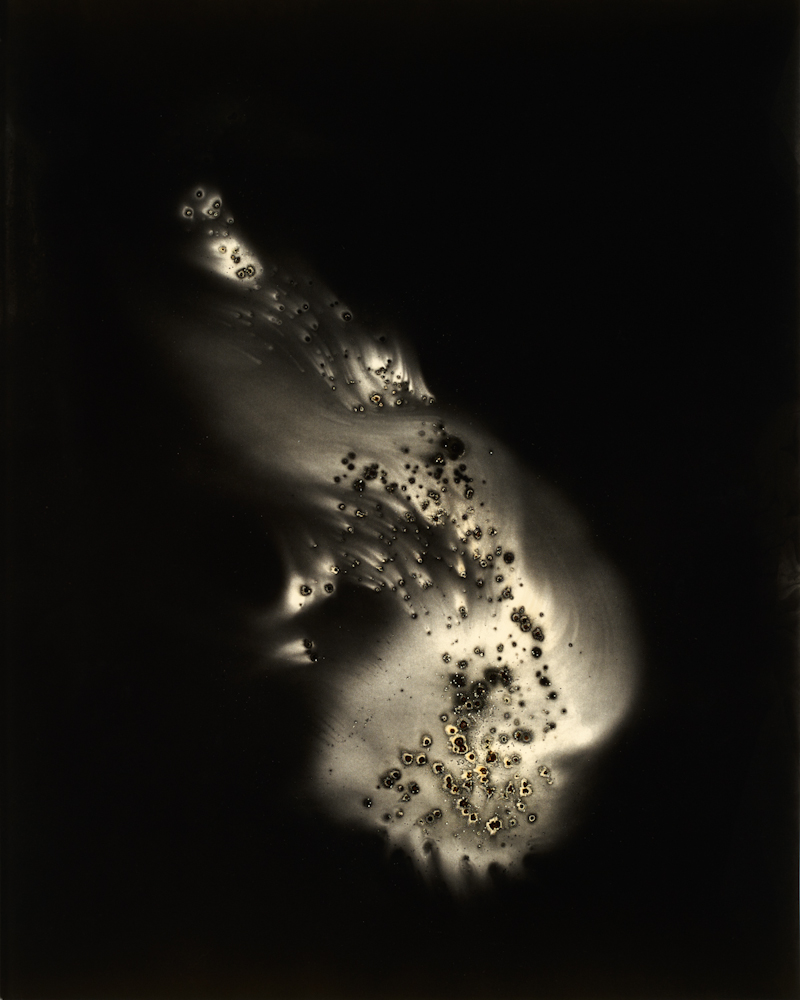 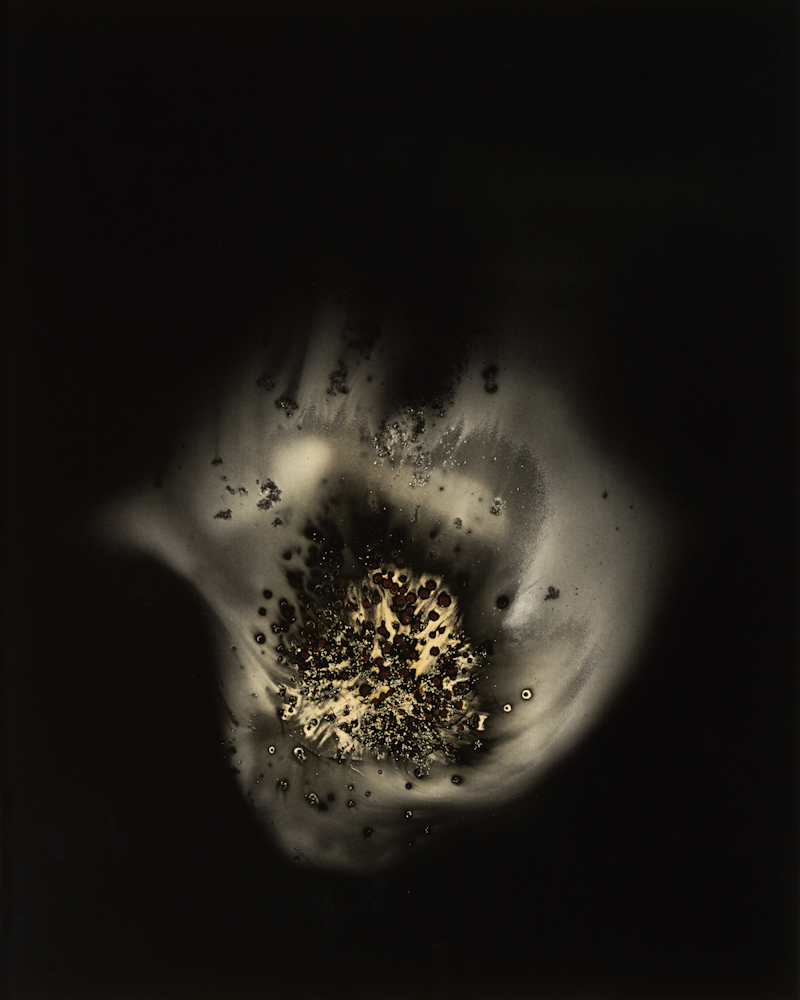 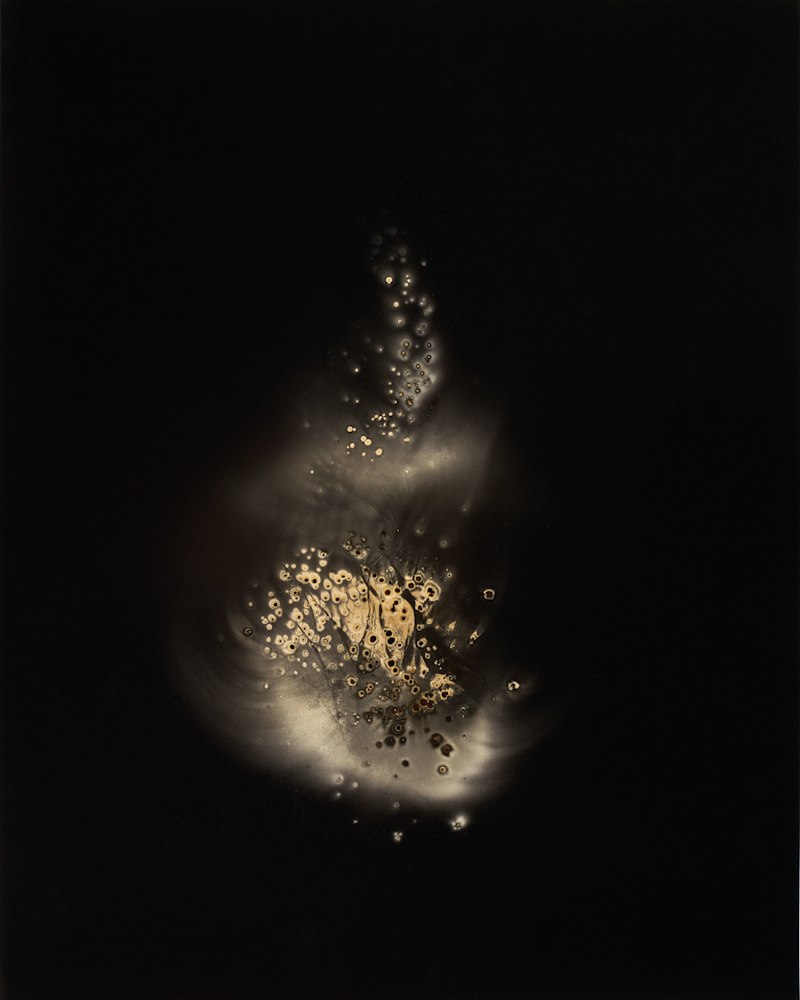 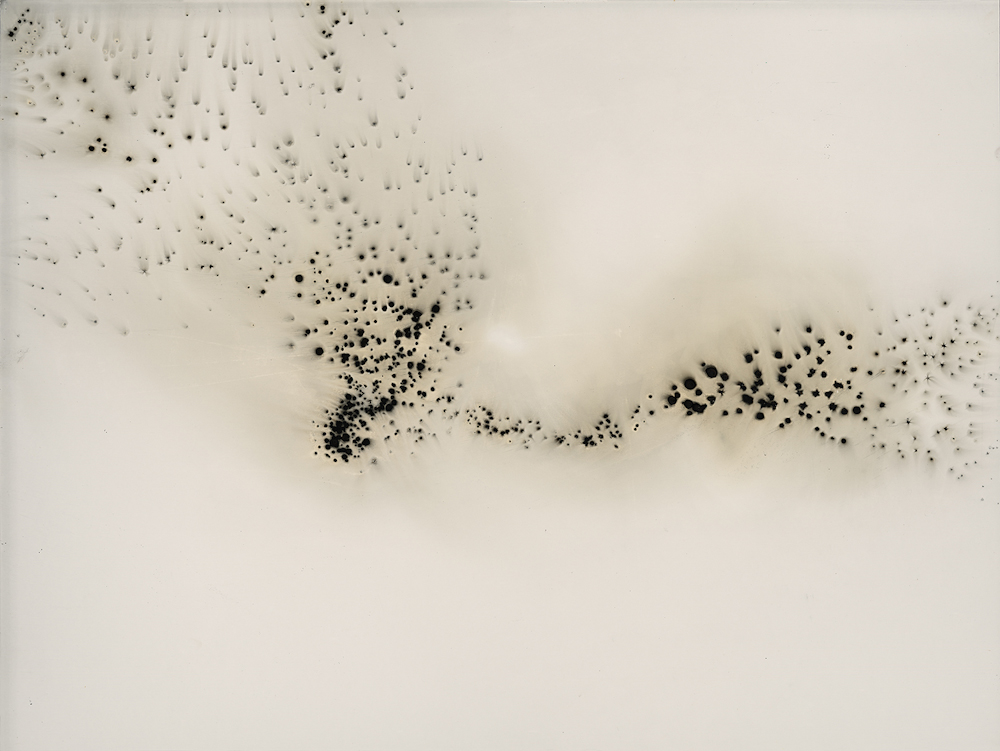 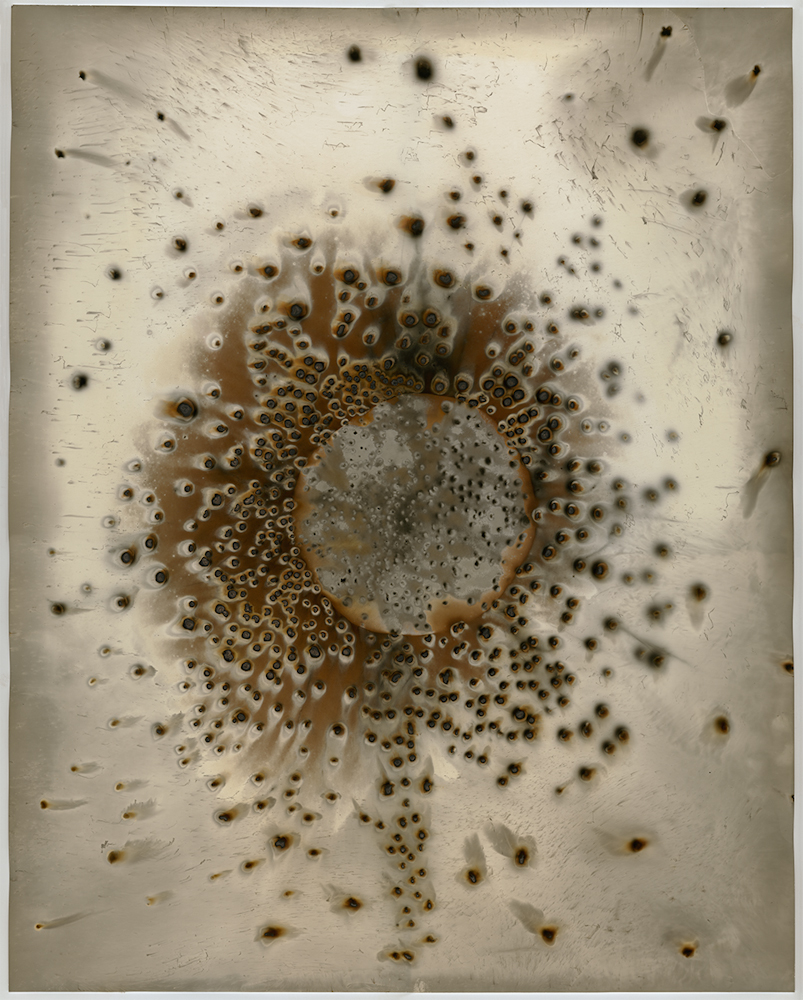 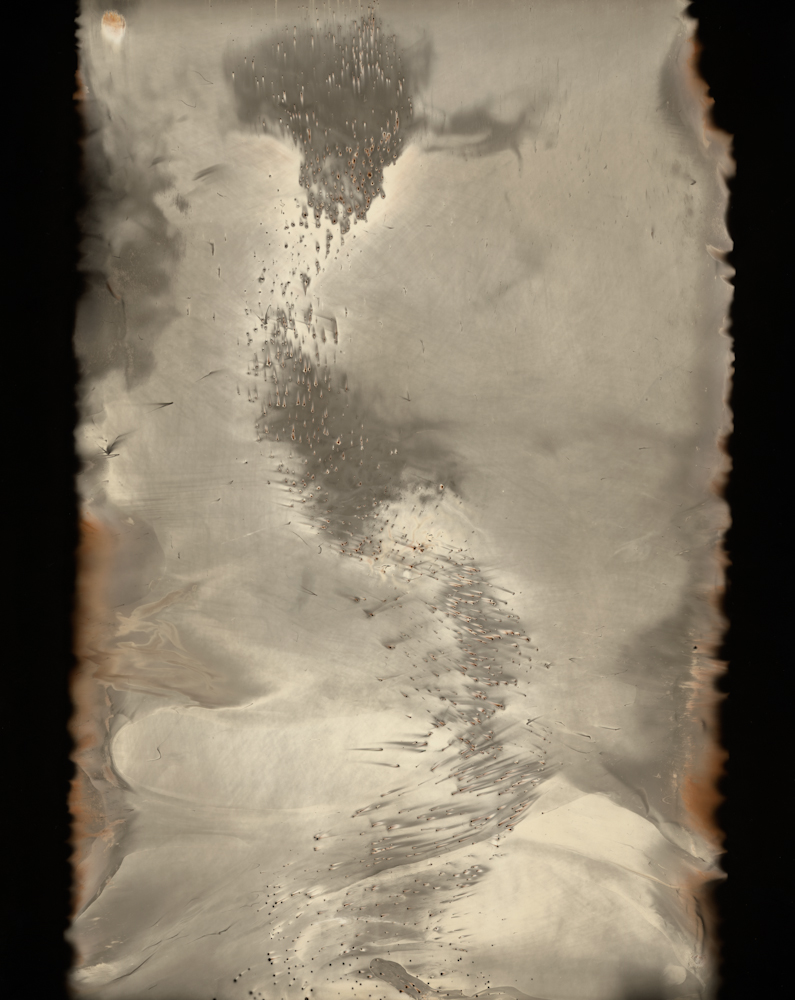 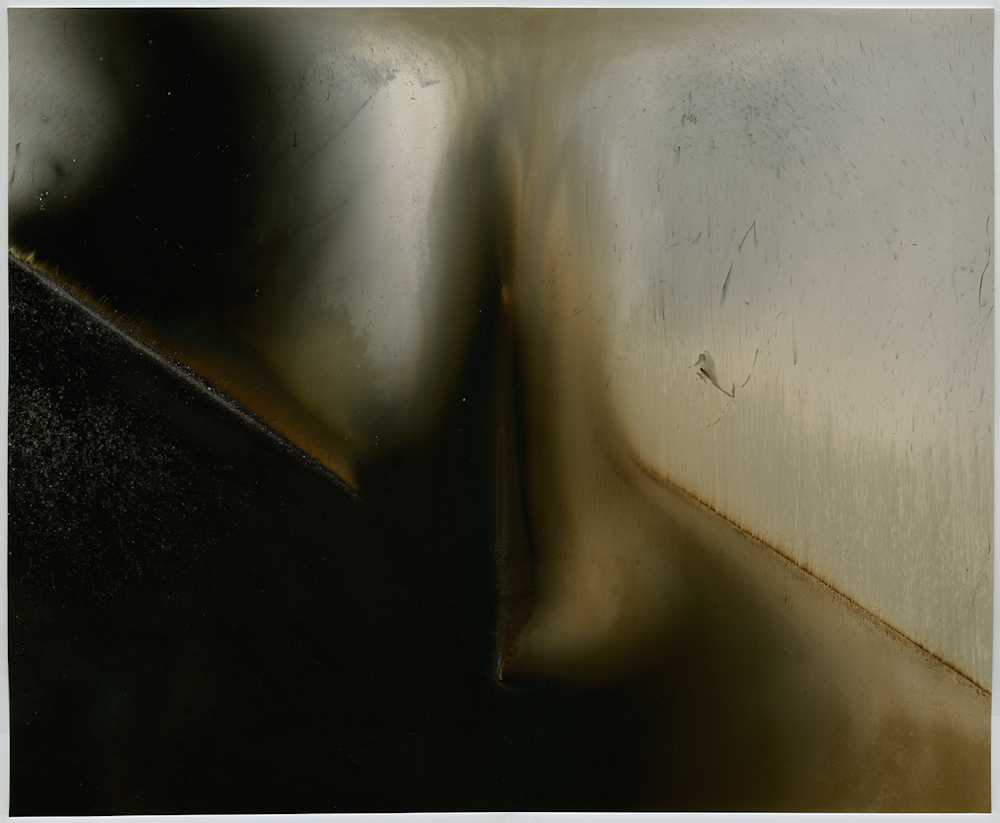 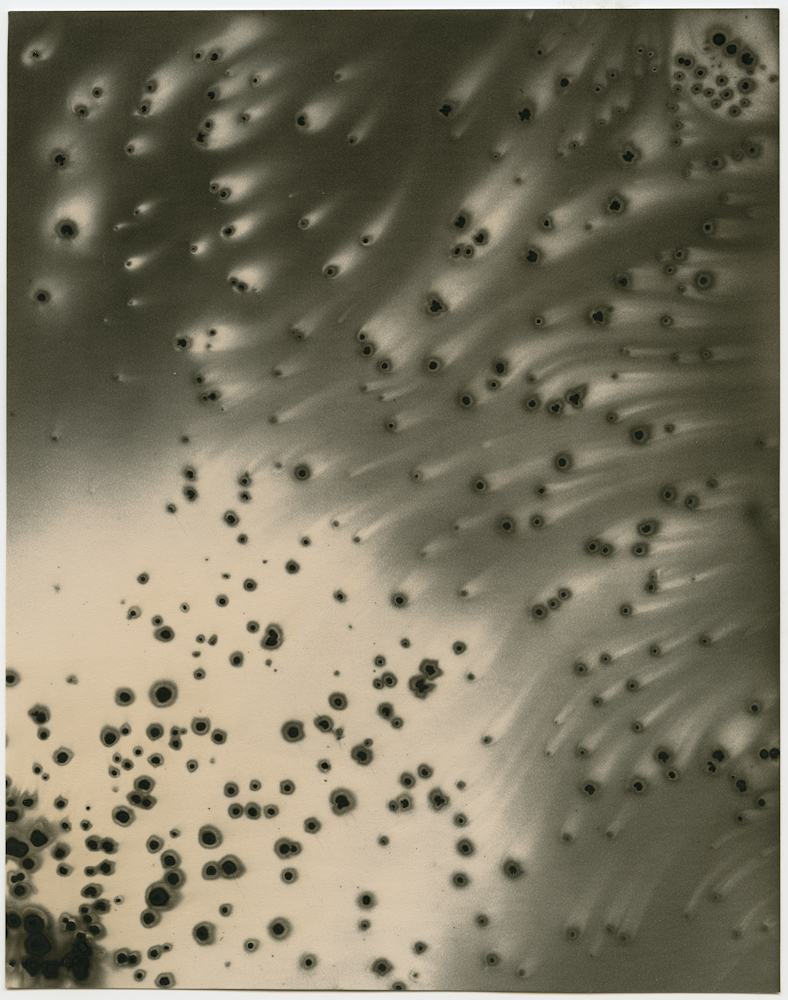 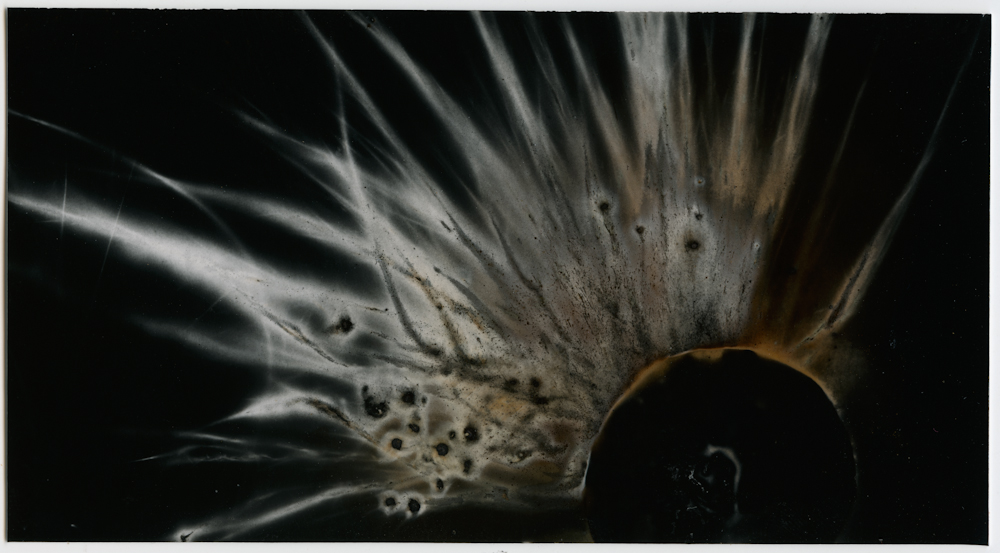 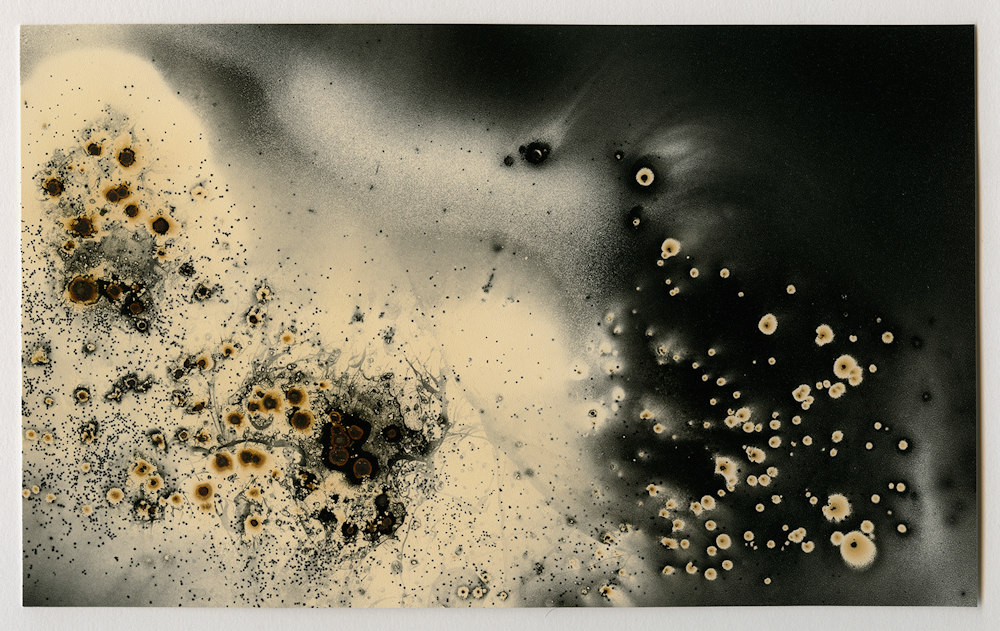 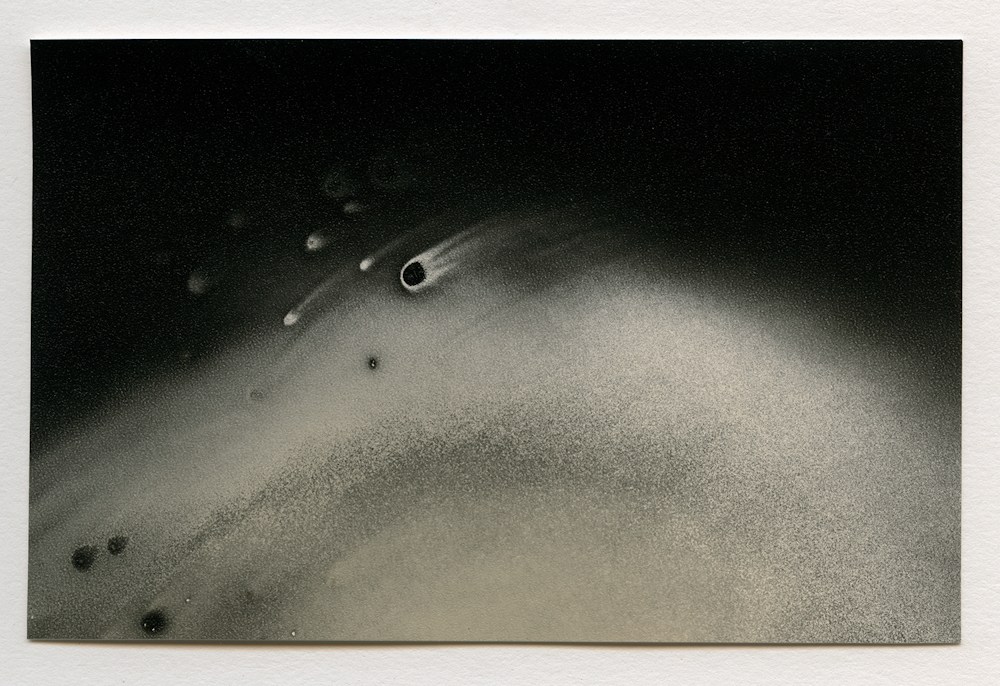 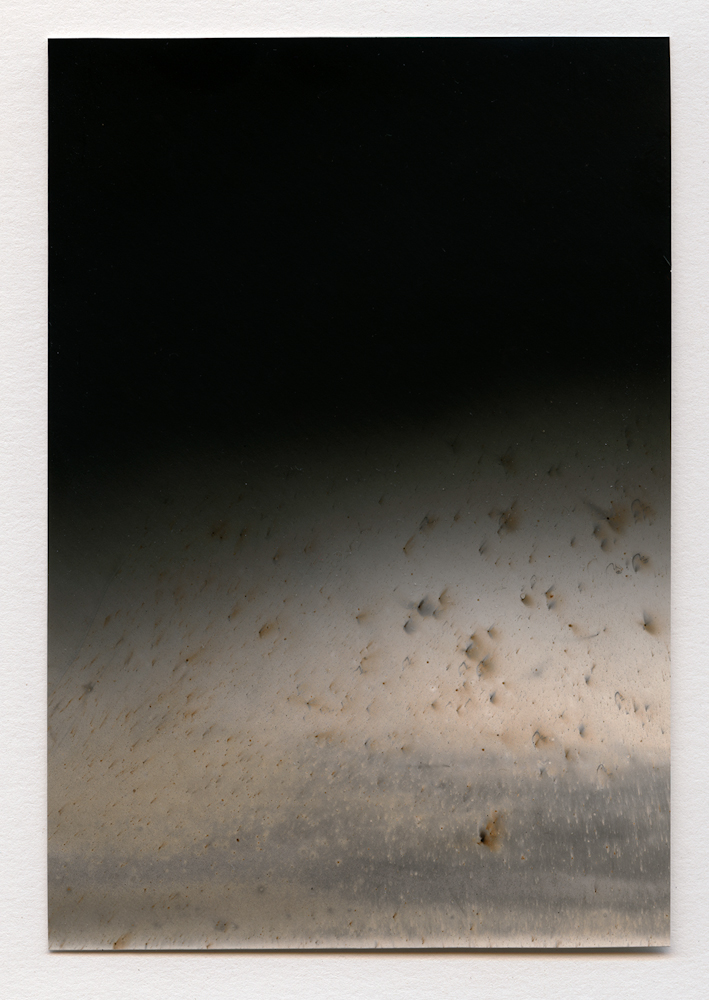