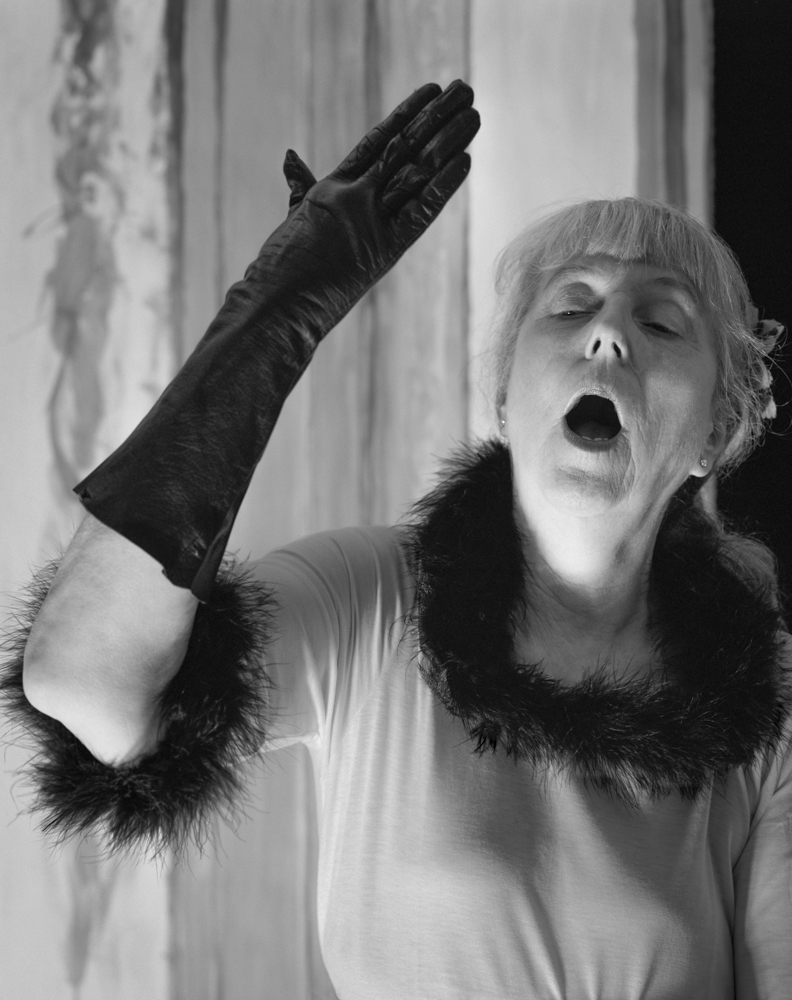 As someone who has created humorous photographs based on paintings, I was intrigued by Laura Hofstadter’s self-portrait series, Stages, inspired by iconic Masterworks. The images are at once humorous and poignant, speaking to aging and to the invisibility that comes with growing older (as her persona disappears into the creation of someone else), but also recognizing the levity in taking on different personas. What I found particularly interesting is the idea of the artist’s model: how seamlessly Laura inserts herself into iconic imagery, how convincing her portrayals are, and how we are given a new entry point into the paintings through Laura, as model.

Laura discovered the world of the photographic darkroom in 1970 in the basement of the Stanford University art gallery, where she took an introductory photo class taught by Leo Holub. After graduating with a biology degree, she worked for more than a decade as a science writer with Stanford Medical Center’s News Service, often taking photographs to accompany her articles.

Much of her mid-life period was devoted to raising a family and attending to some serious personal and family health matters, during which she tried to make time for artistic expression through classes in video, pastel, and botanical drawing.

But recognizing an enduring affinity for photography, she took up the medium again at Foothill College and in Stanford University’s Continuing Studies Program after her children were grown. She has studied with a number of distinguished photographers including Kate Jordahl, Elizabeth Opalenik, Keith Lee, Ron Herman, Margaretta Mitchell, Joel Simon, Adam Katseff, the late Richard Gordon, and others.

She has exhibited work at PHOTO Gallery, Rayko Gallery, Stanford University, and Foothill College, as well as in the online gallery of the Center for Photographic Art. In 2015, she won first place in Foothill College’s annual Mike Ivanitsky Award for Excellence in Photography competition. 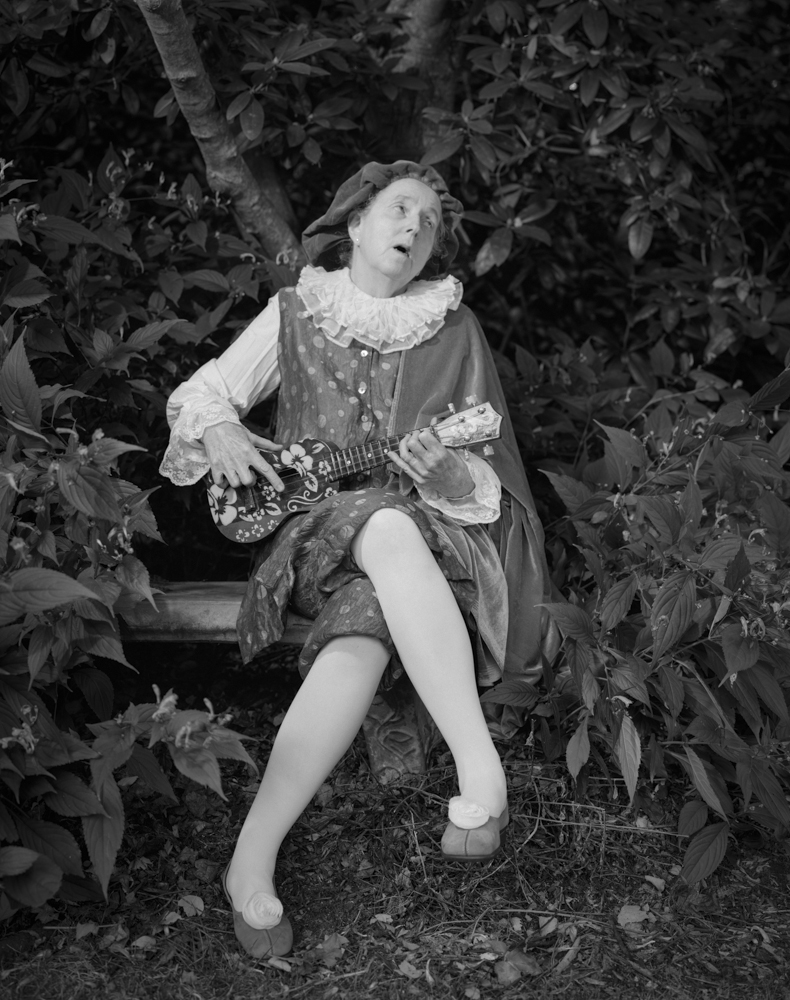 These photographs are from an ongoing portfolio of self portraits, in which I photographically emulate classical paintings from Western art. In this series of photographs, I have tried to express my feelings as a woman growing older in a youth-obsessed society. The portfolio is also a loose narrative reflecting my experience of facing breast cancer, whose treatment disfigured my body. My hope is that viewers will confront preconceptions about youth, age, beauty, and body image when looking at these pictures.

The project began as I was experimenting with a new 4×5 view camera. Some of my first self portraits were reminiscent of beloved paintings. I became intrigued with how little it took to evoke a classical painting, and decided to place myself front-and-center into various icons of Western art. By respectfully personalizing these paintings, I have connected with the artworks in an intimate way, and hope to bring some of the less well-known works before new viewers. For those already familiar with the original paintings, I hope my interpretations cast the traditional works in a new light 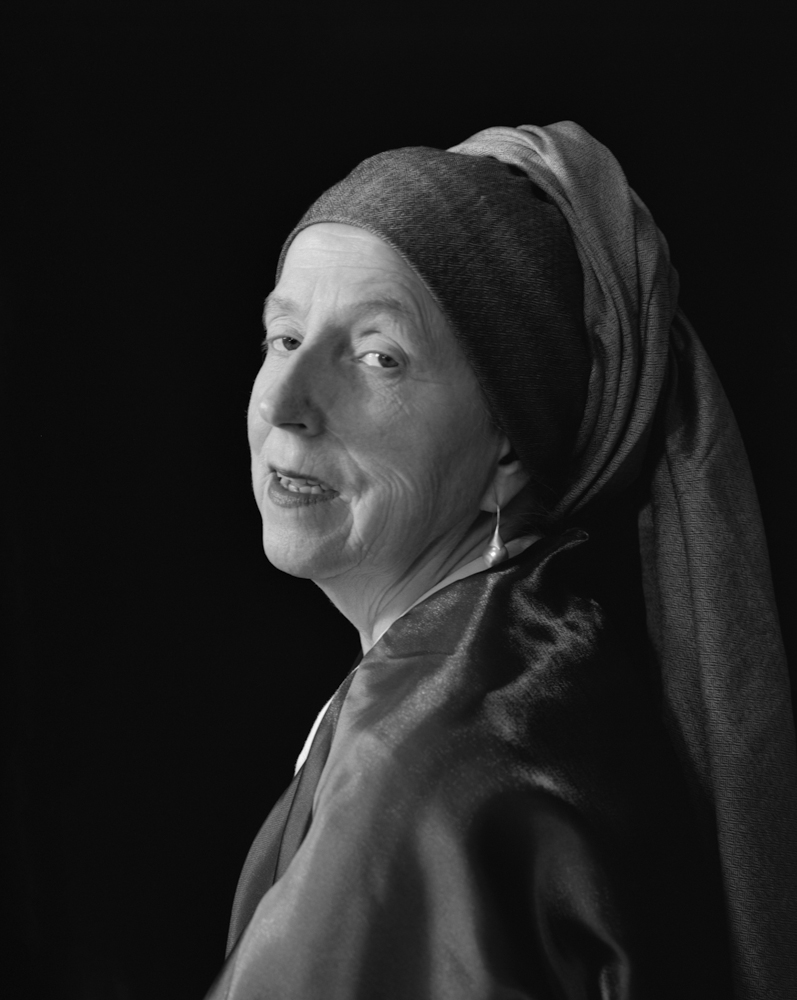 Although this series is about coming to terms with different stages of life, loss, and aging, the images are also conceived with humor and playfulness, strongly inspired by Nina Katchadourian’s “Lavatory self portraits in the Flemish style.” I am also aware of precedents in this genre by other photographers including Cindy Sherman’s “History portraits,” as well as work by Yasumasa Morimura, David Seidner, Bill Gekas and Sandro Miller.

Instead of slavishly re-creating each source artwork I prefer to sacrifice features of the original while adding new touches to make an image that is both recognizably the painting and also purely me. I have eschewed make-up, and rather than constructing elaborate decor, costumes or props, I create simple sets using my own house or backyard, everyday objects, and my own, borrowed, or home-sewn garments whenever possible. My husband, Leonard Shar, is an invaluable collaborator. 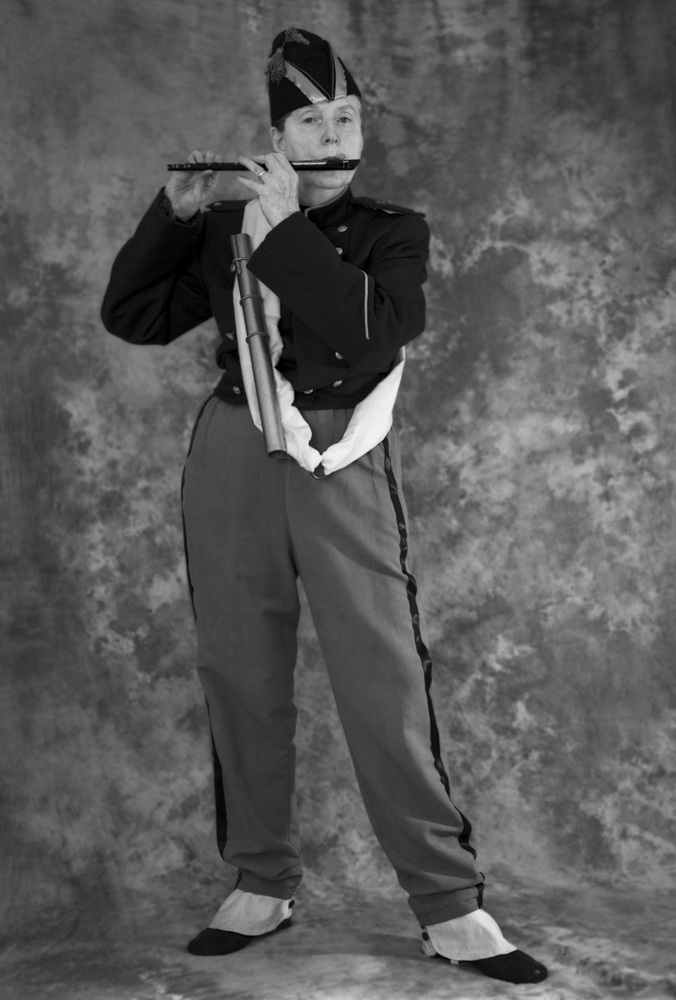 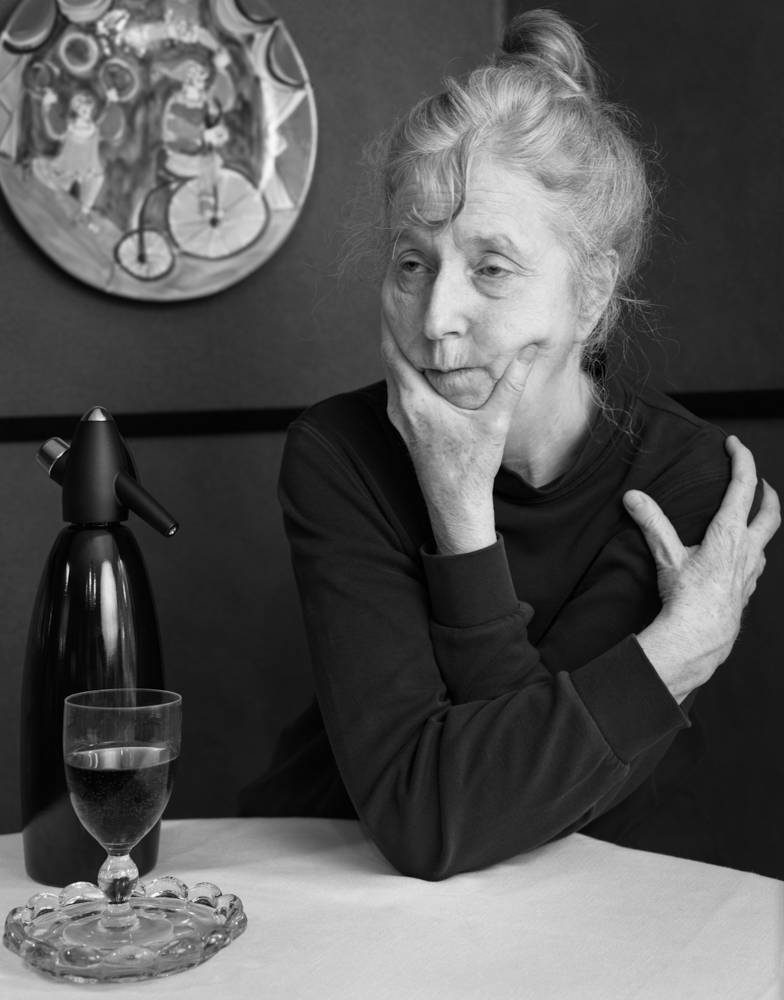 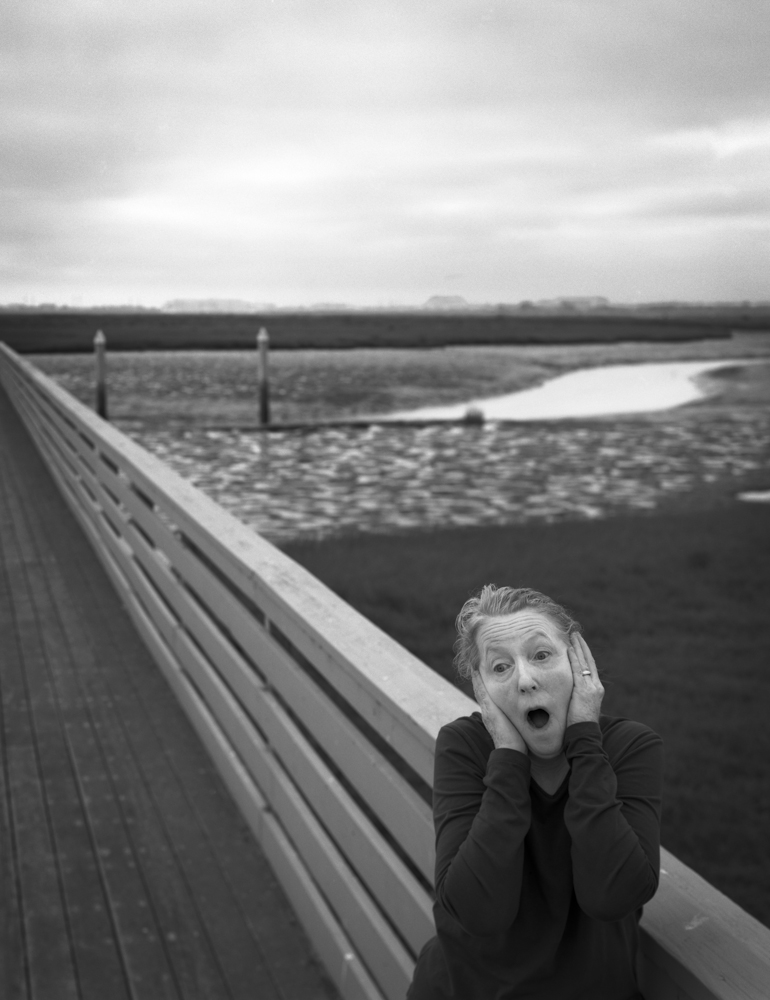 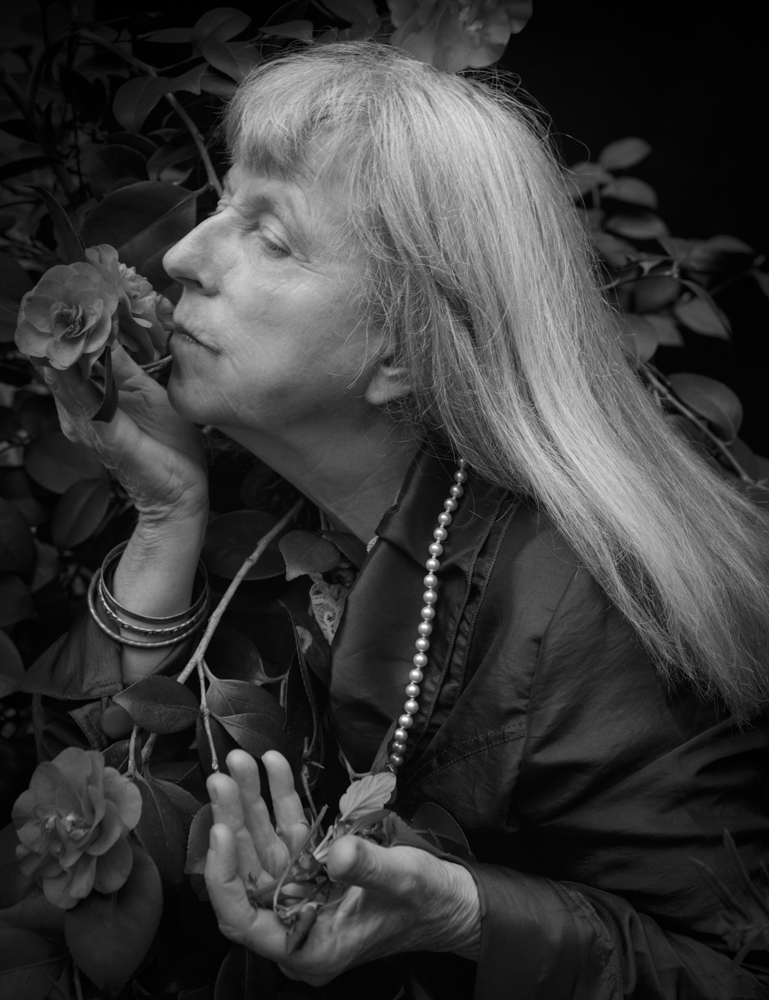 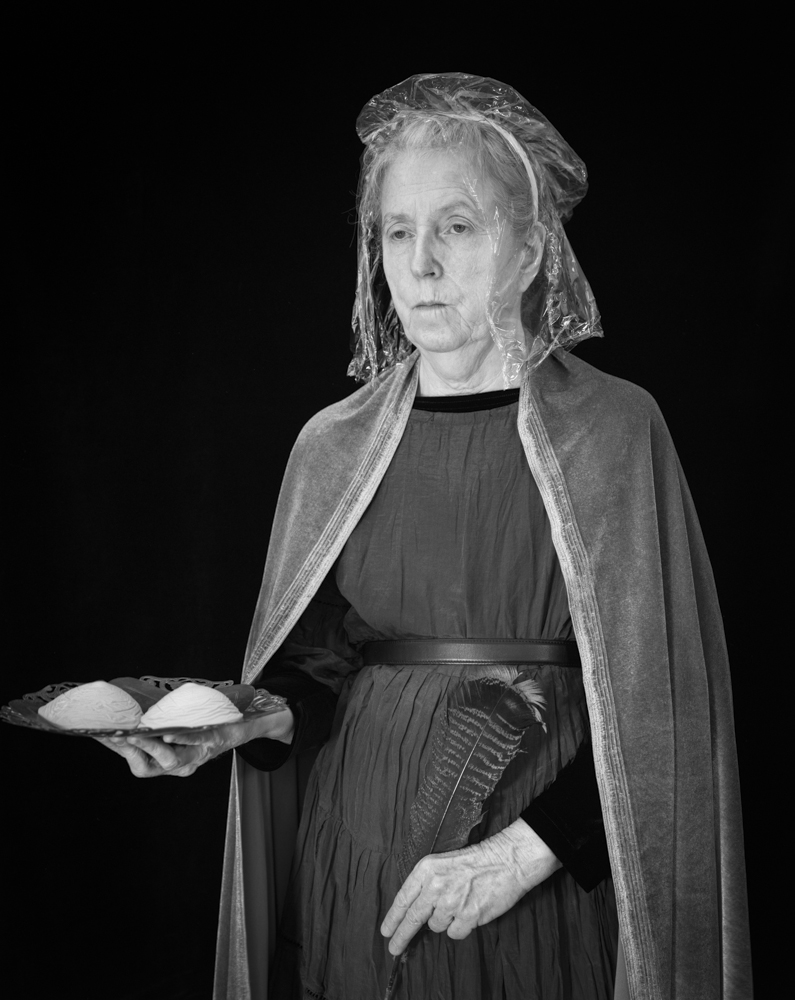 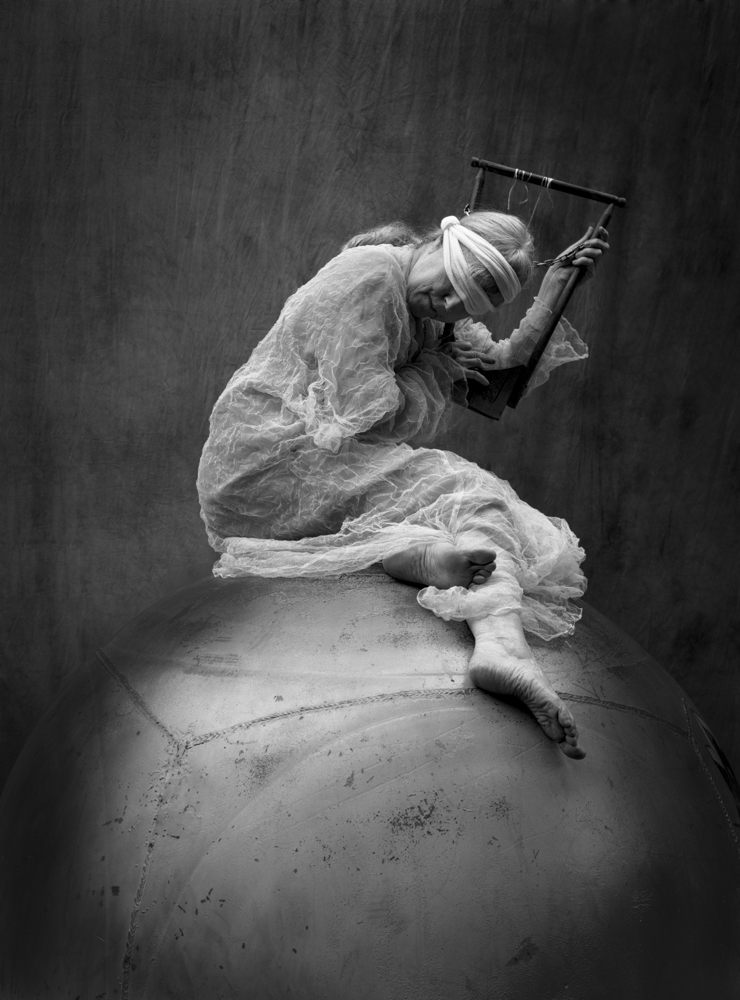 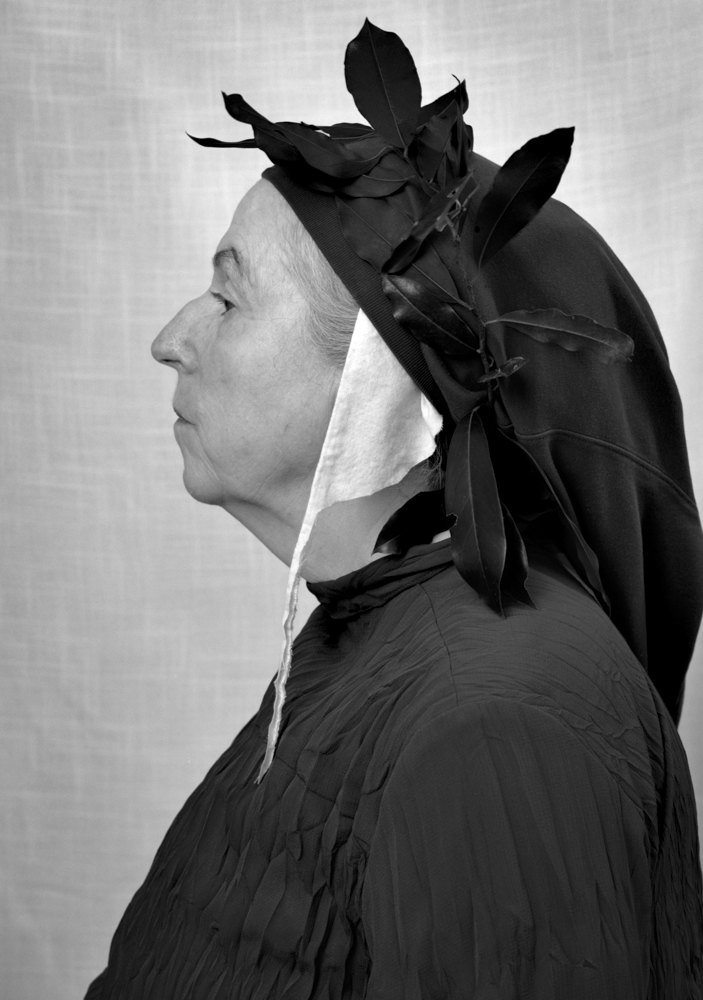 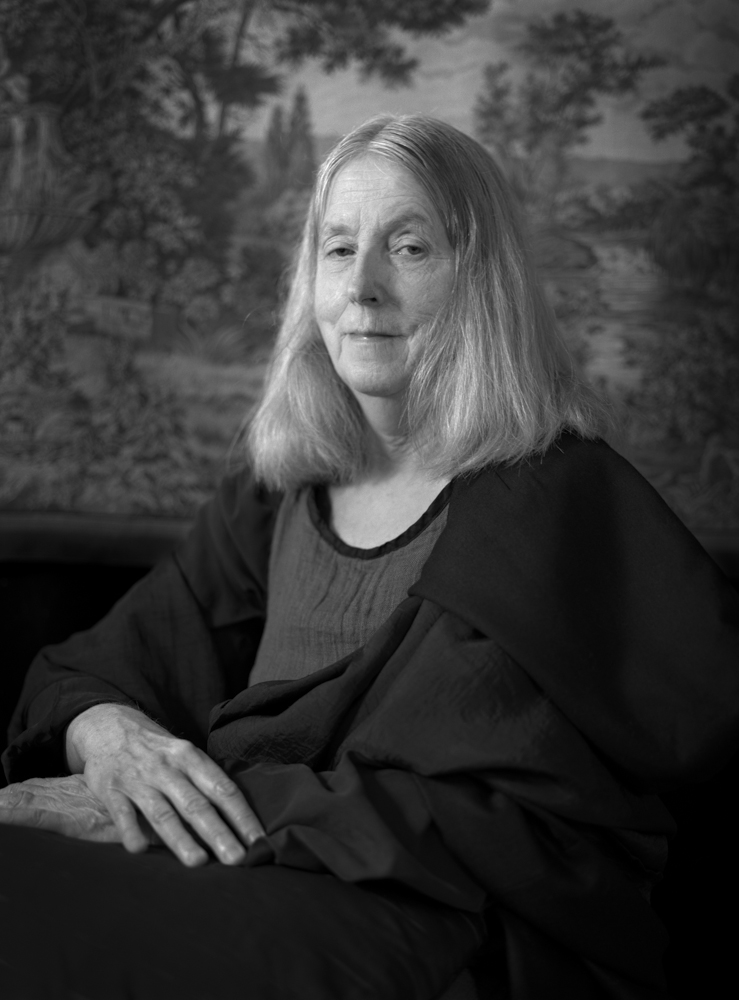 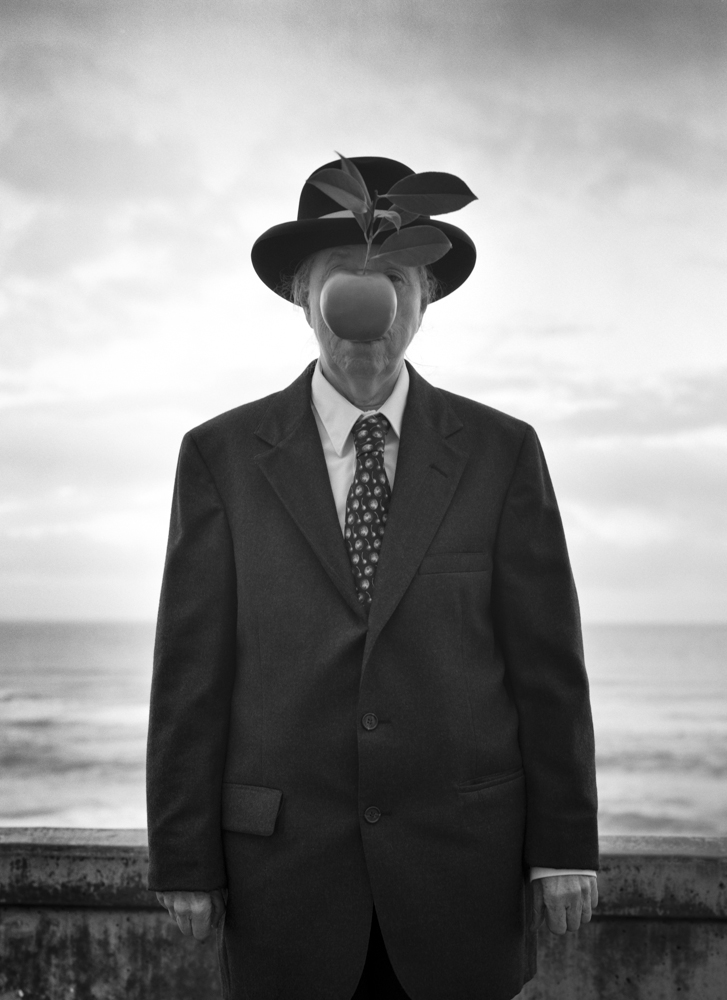 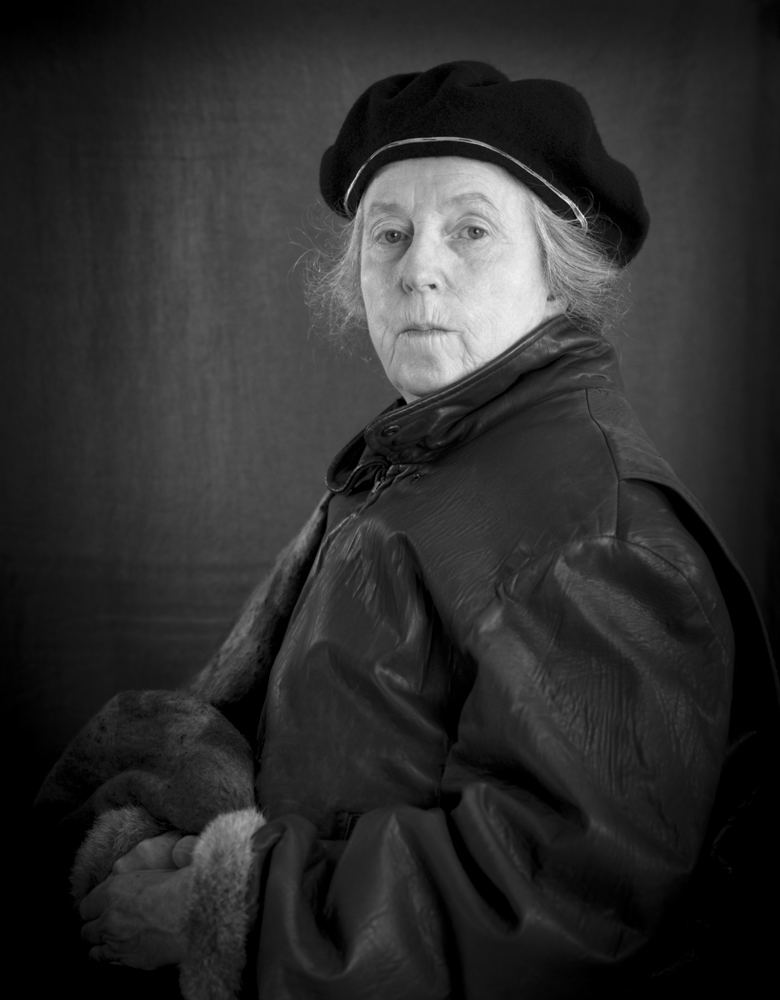 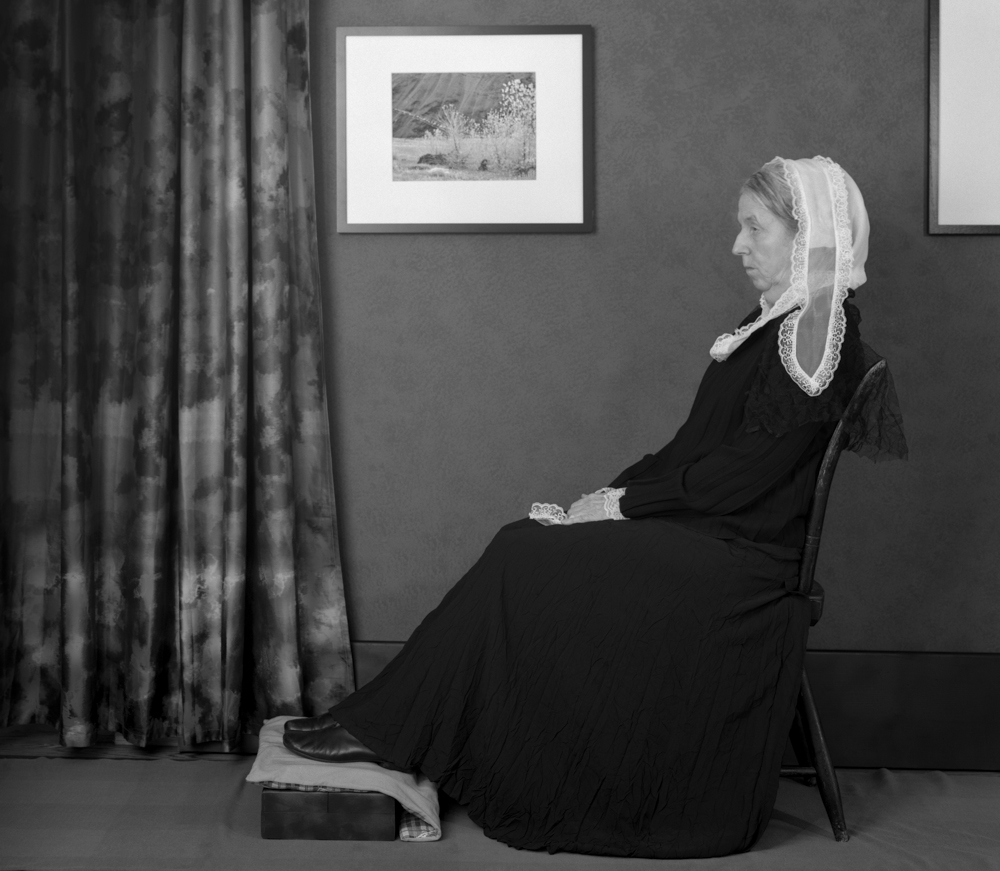 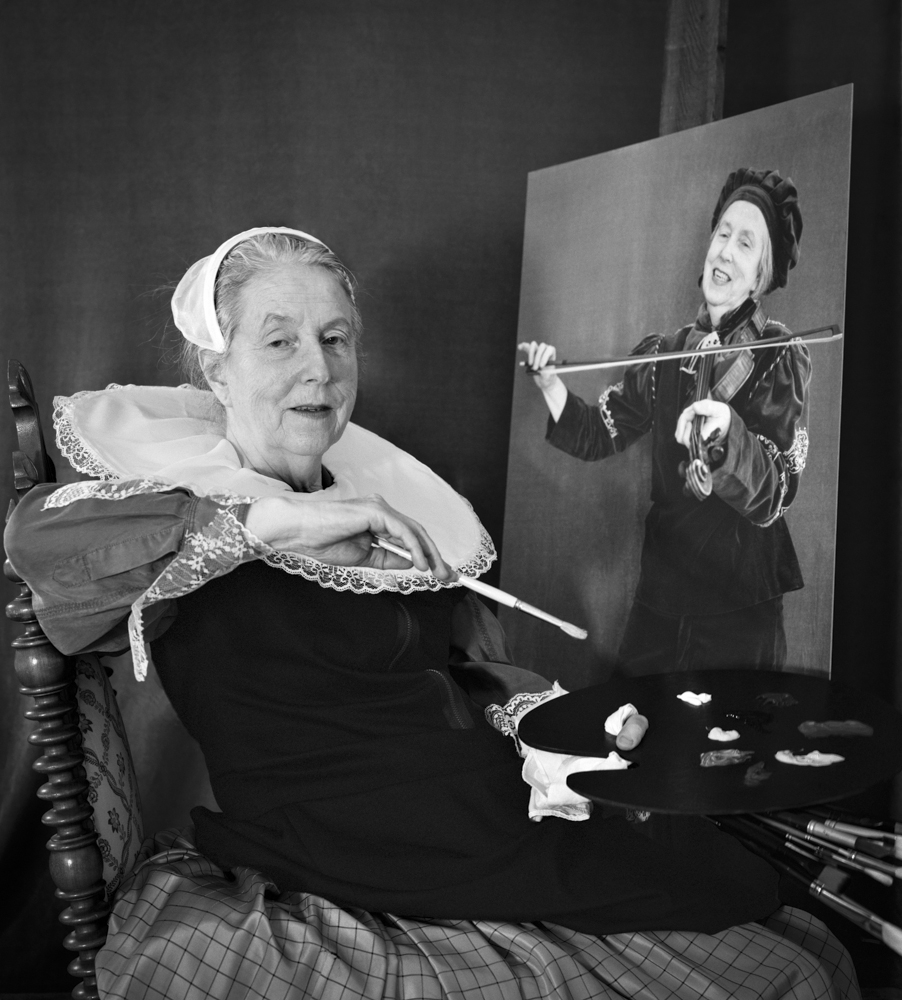