Marisa Chafetz: We are Ugly but We Have the Music by Grant GillJuly 25, 2017 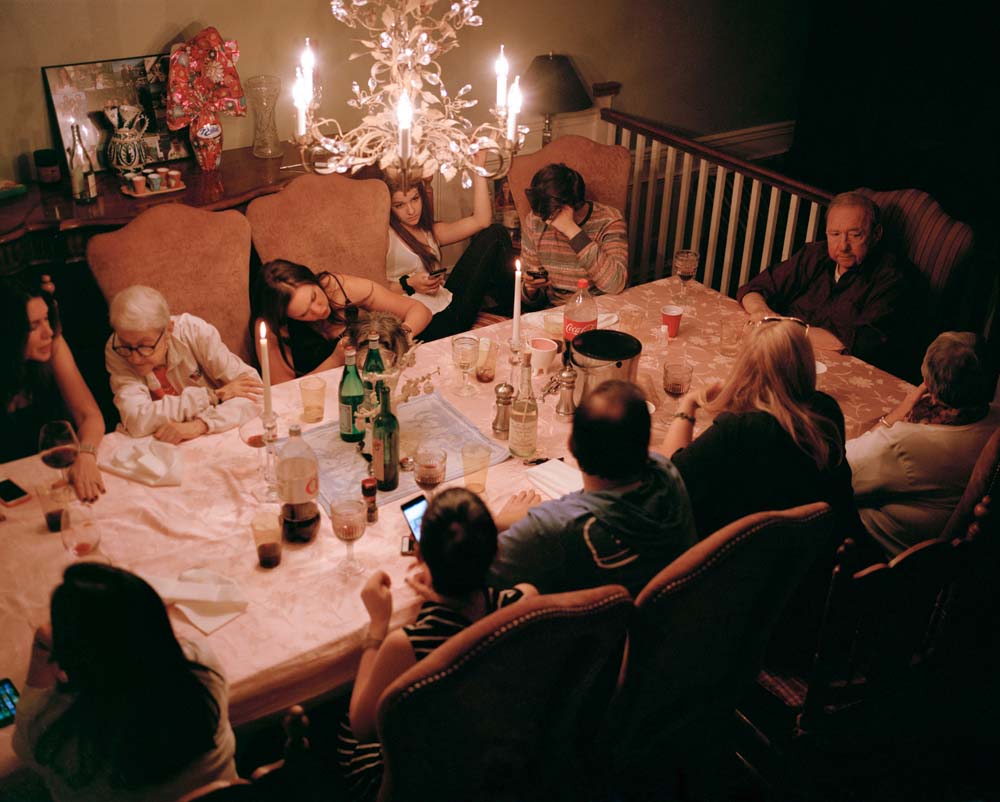 The narrative implications of photographing one’s family can result in some truly telling work. Take for instance Marisa Chafetz’s story, an upbringing that was surely uncommon and deeply defining in her own right.  As she photographs these intimate moments it is hard to see that this may be a family on the verge of falling apart, but it is exactly this premise that has brought Chafetz to reflect on how they can continue moving forward.  We are Ugly but We Have the Music is filled with characterization and touching vignettes that develop a new standard for understanding family dynamics, love, and growth through times that are not as they once were.

Marisa Chafetz is a New Orleans/New York based artist who works primarily in photography. She received her BFA in photography from Tulane University in 2017. Her work explores the blurred lines between fictional tableaus and traditional documentary photography. She often deals with topics such as family life, American suburbia, and coming of age. Her most recent bodies of work are intensely personal explorations of her own family and upbringing. 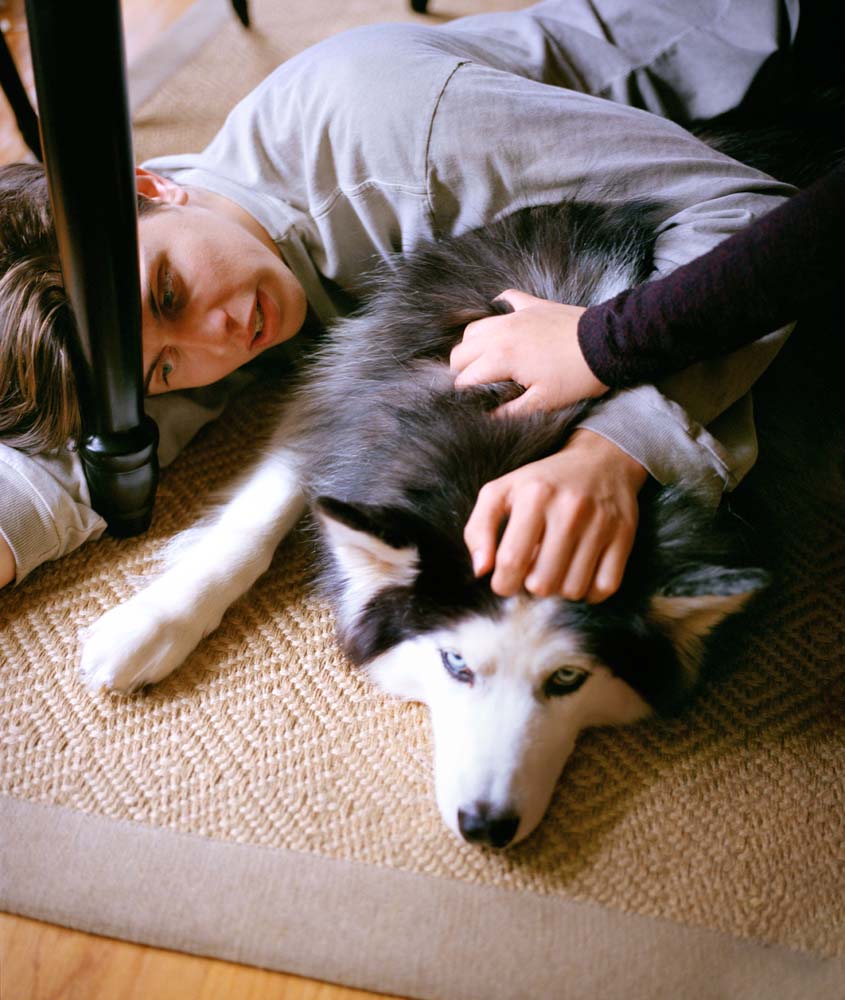 We are Ugly but We Have the Music

I had an idyllic upbringing, I grew up in a commune of sorts, with three moms and three dads, and seven brothers and sisters. Our story is serendipitous, unlikely, and beautiful. I relive my memories like reading a novel, as if our past might still be taking place in the present in some alternate universe. In recent years, our family has fallen apart in monumental ways. We mourned losses one after another, as if the tragic momentum was unstoppable. I grew up knowing that falling backwards would mean two dozen hands, outstretched to catch me, and suddenly falling means descending into cold, empty air.

This work is my attempt to understand what is left. My childhood meant knowing, it meant being sure. Now, right in the thick of it, I’m still staring out at what feels like a sea of uncertainty and change. If my childhood was easy to know, a series of stories so magnificent, they sound like fiction- how can I understand my family’s present: often full of heartache, loneliness, and banality? What is the reality of what we are now, after our fall from grace? 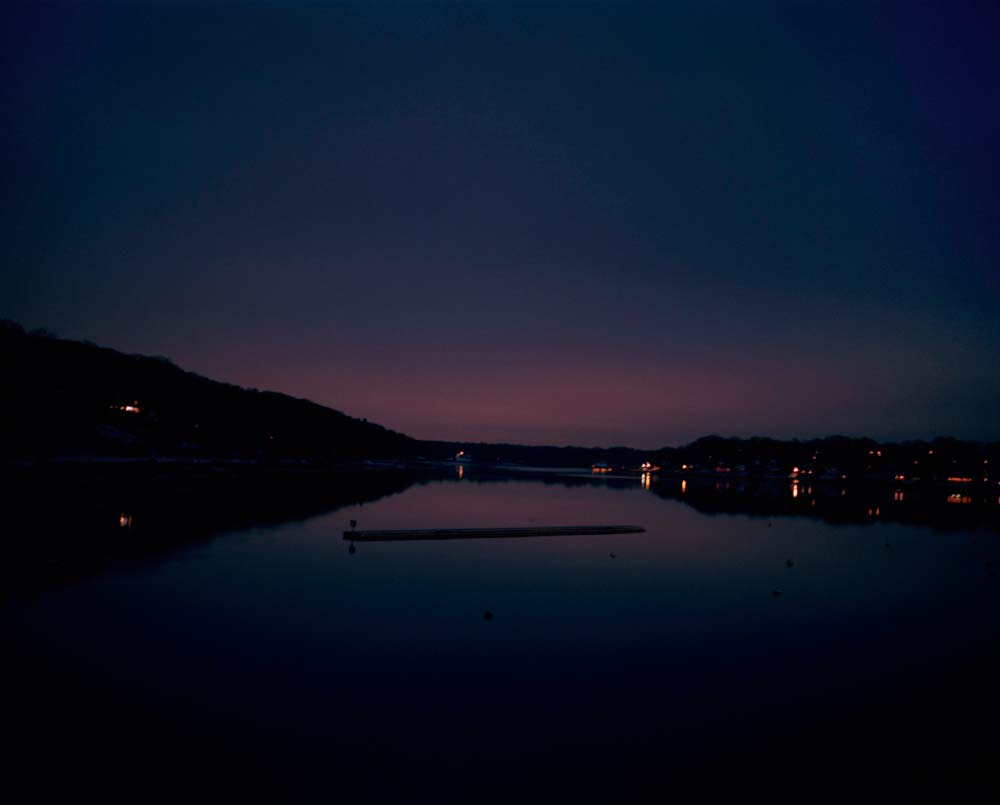 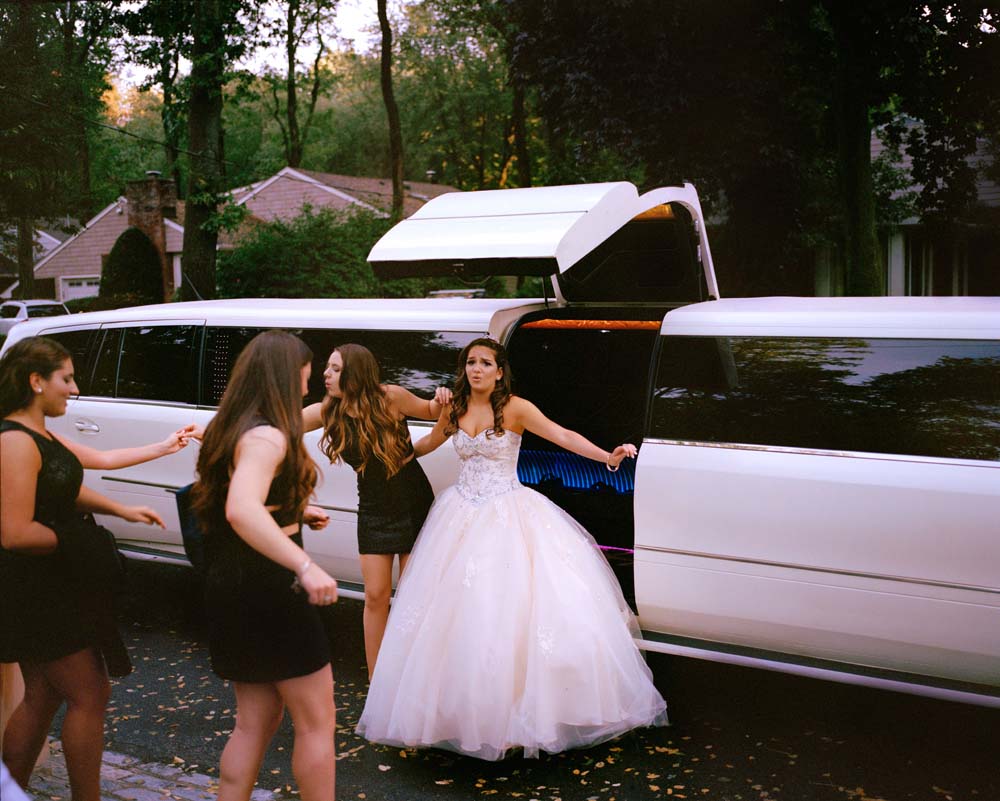 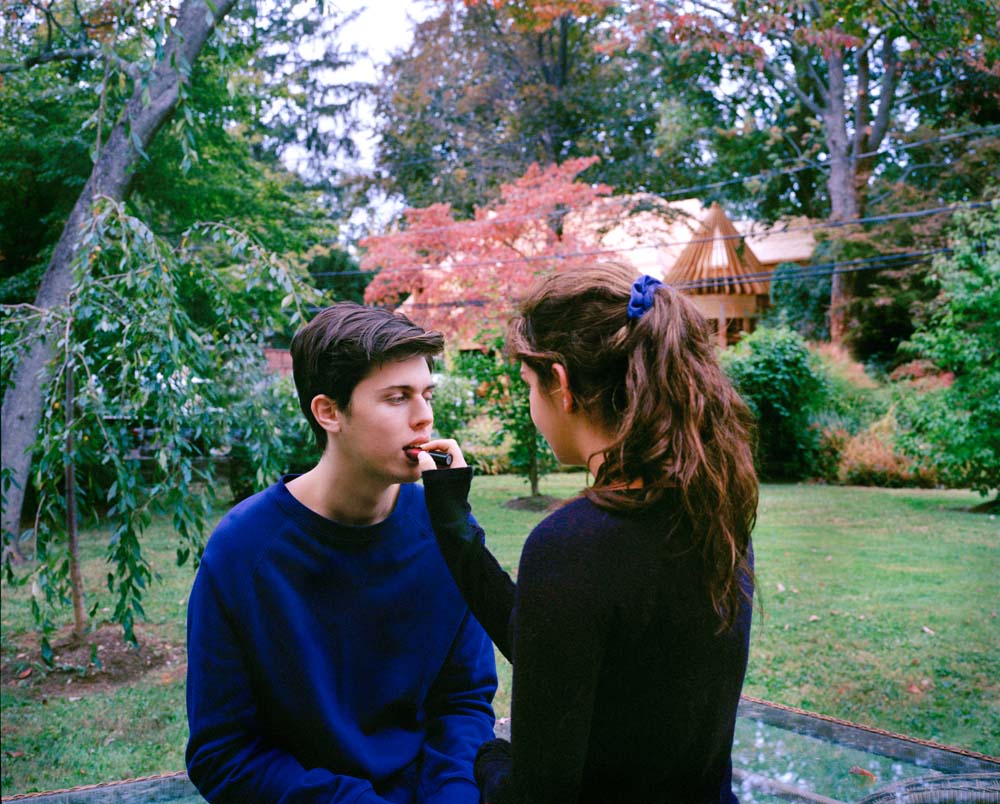 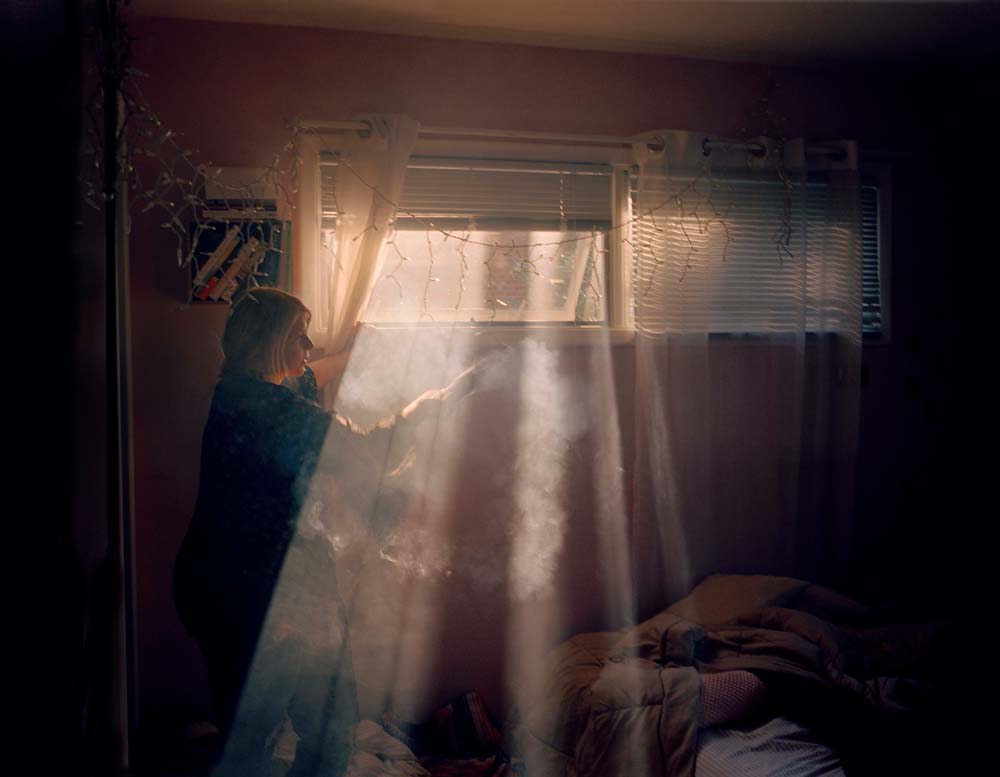 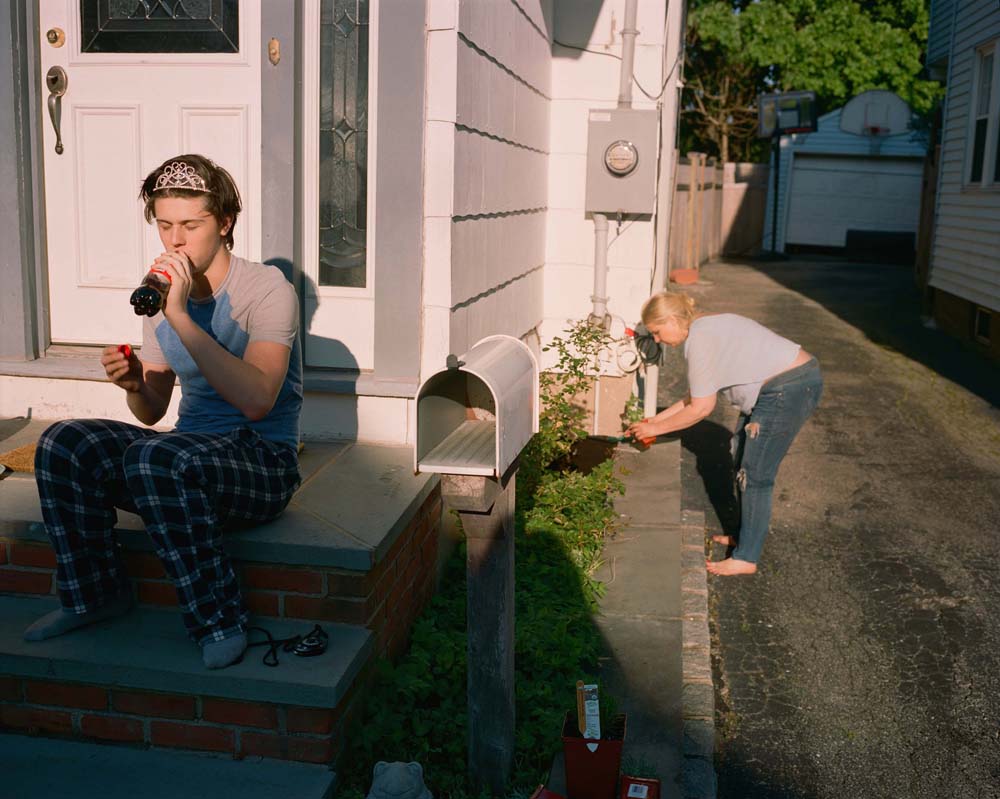 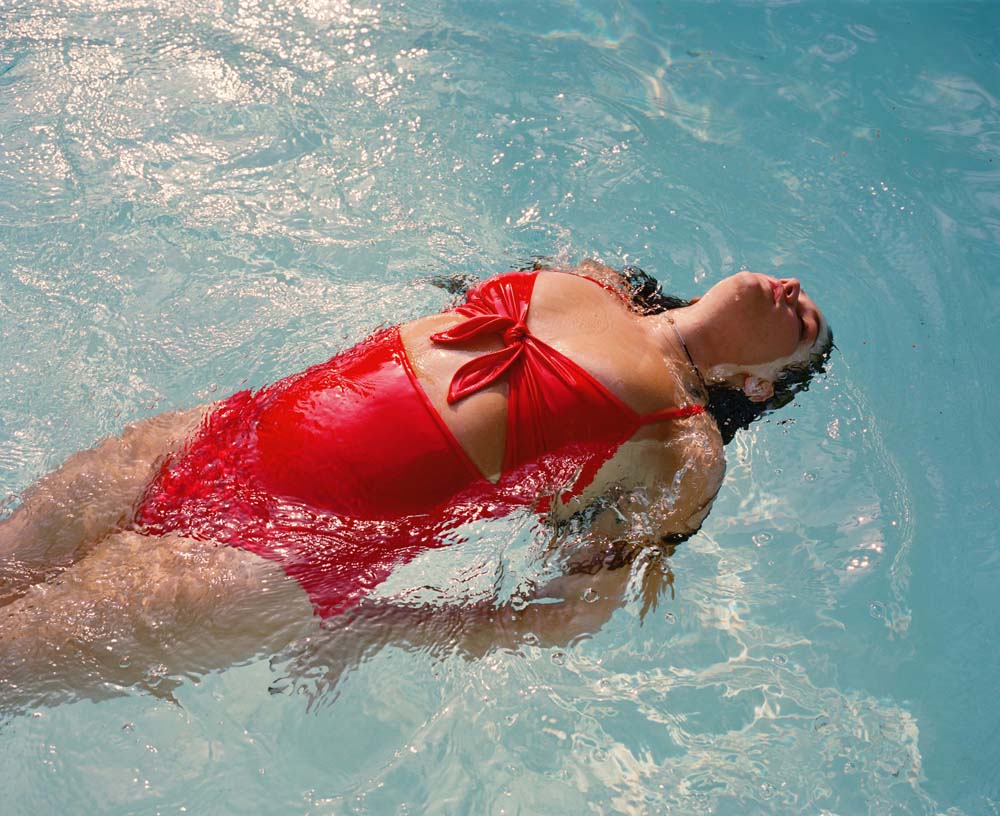 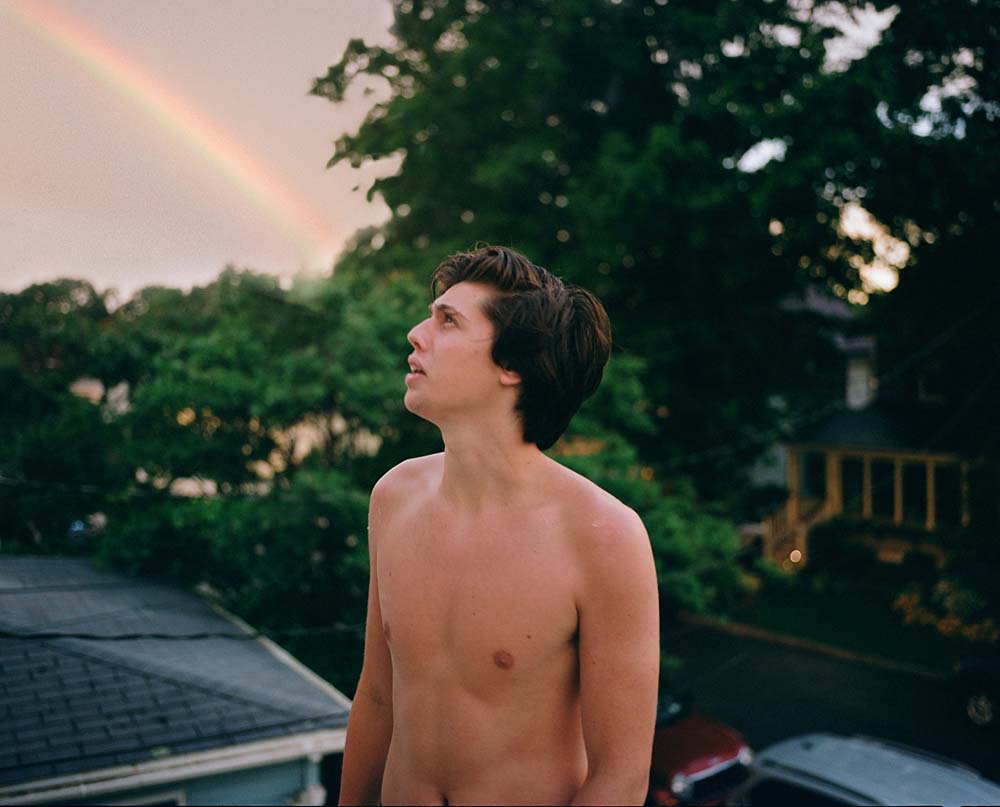 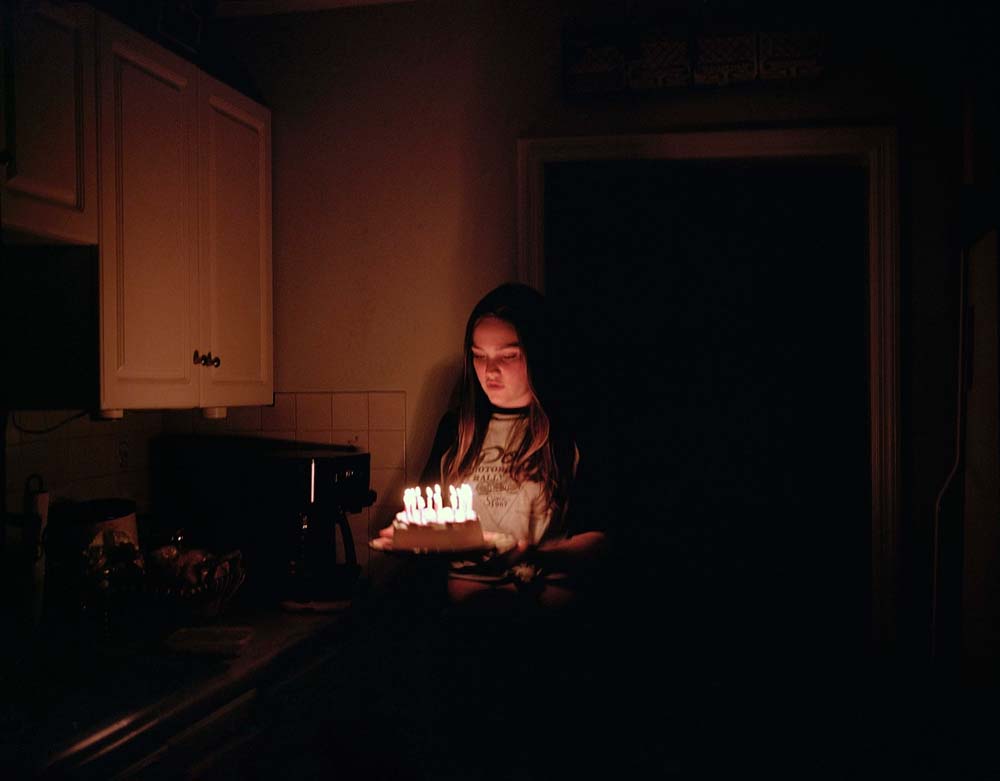 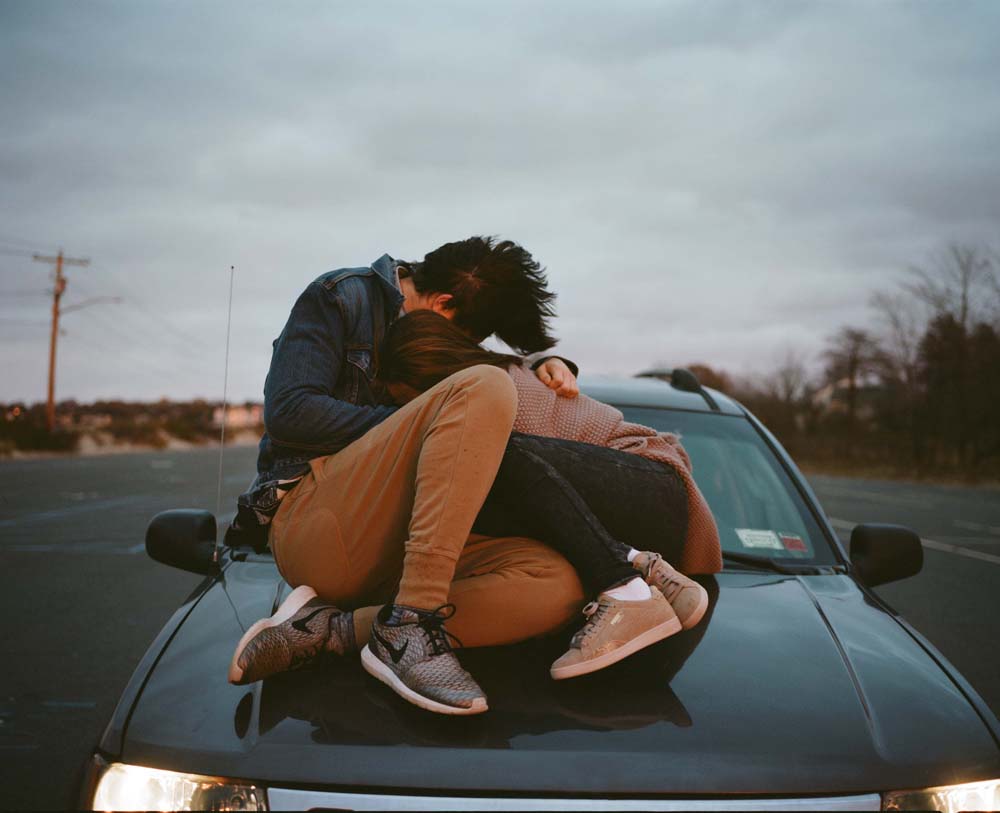 Parker and Nina Embrace on the Car (Bayville Beach), 2016 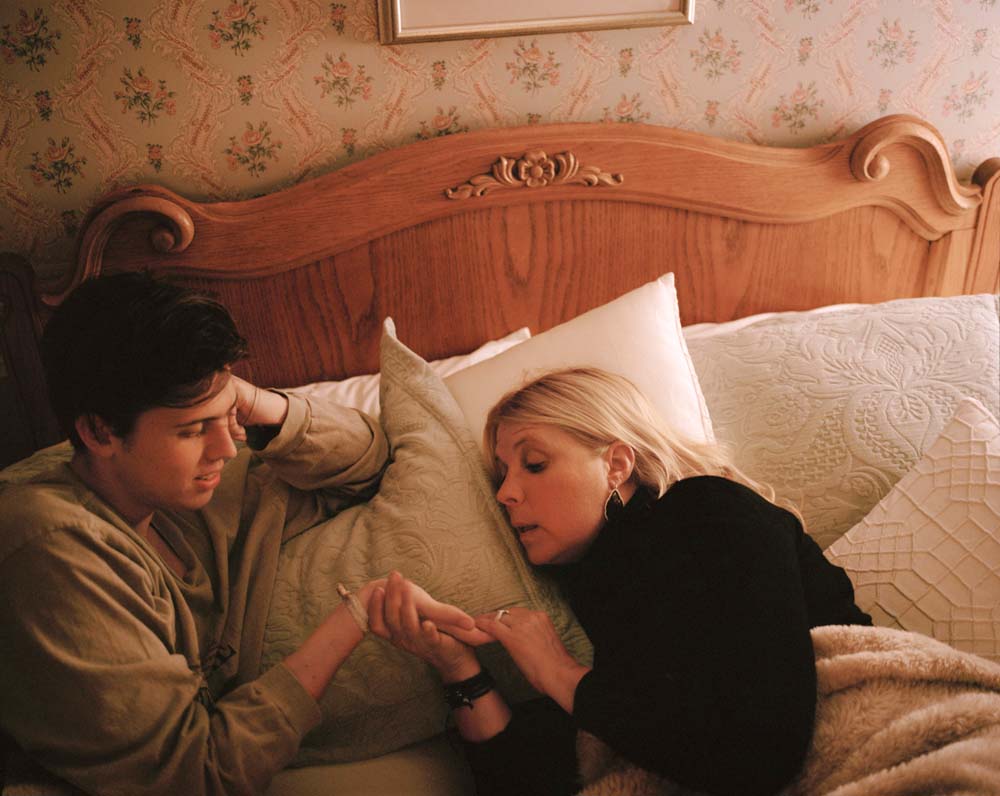 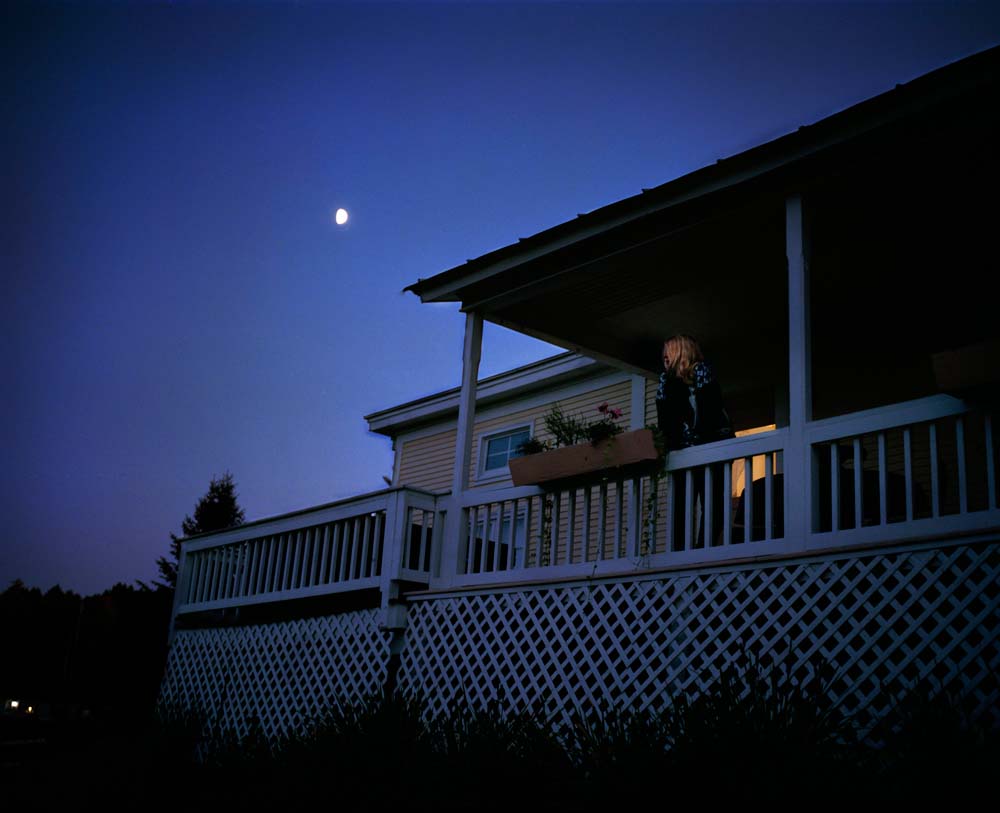 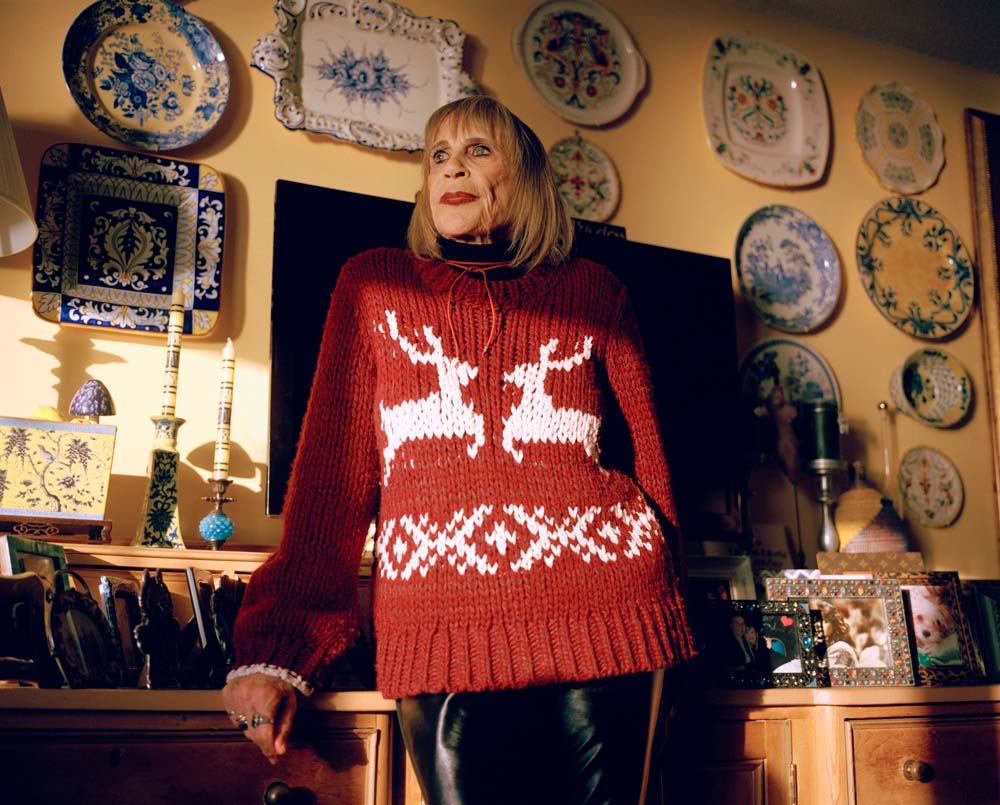 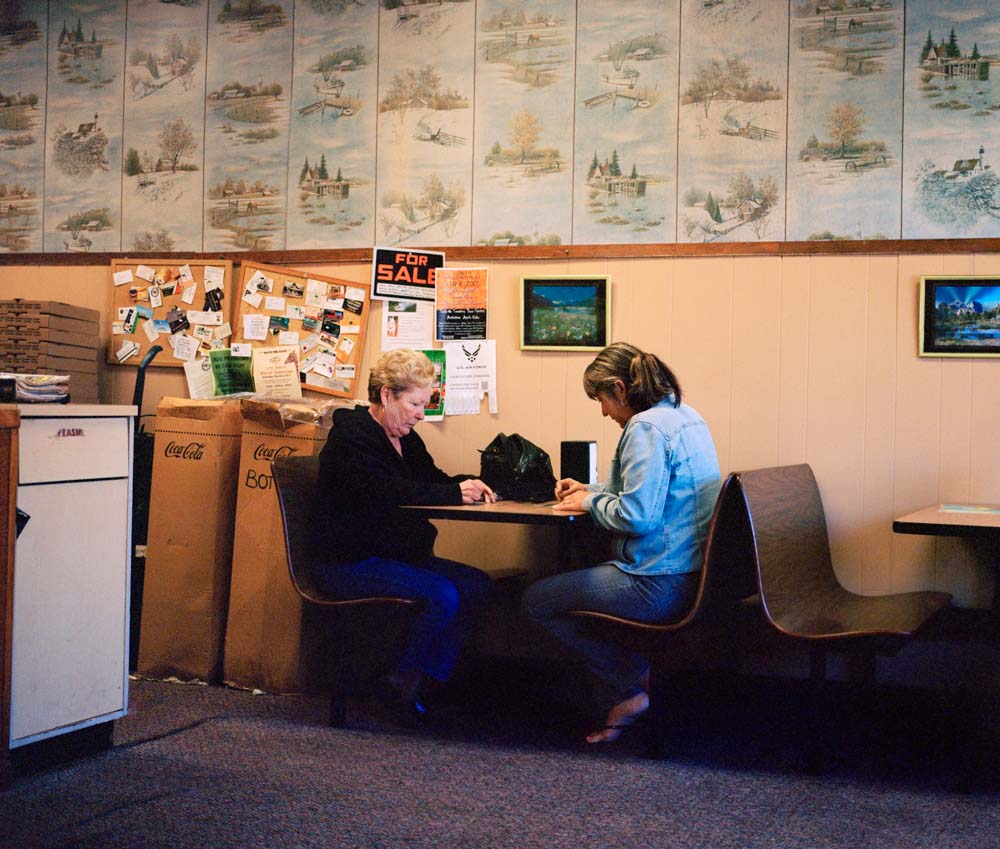 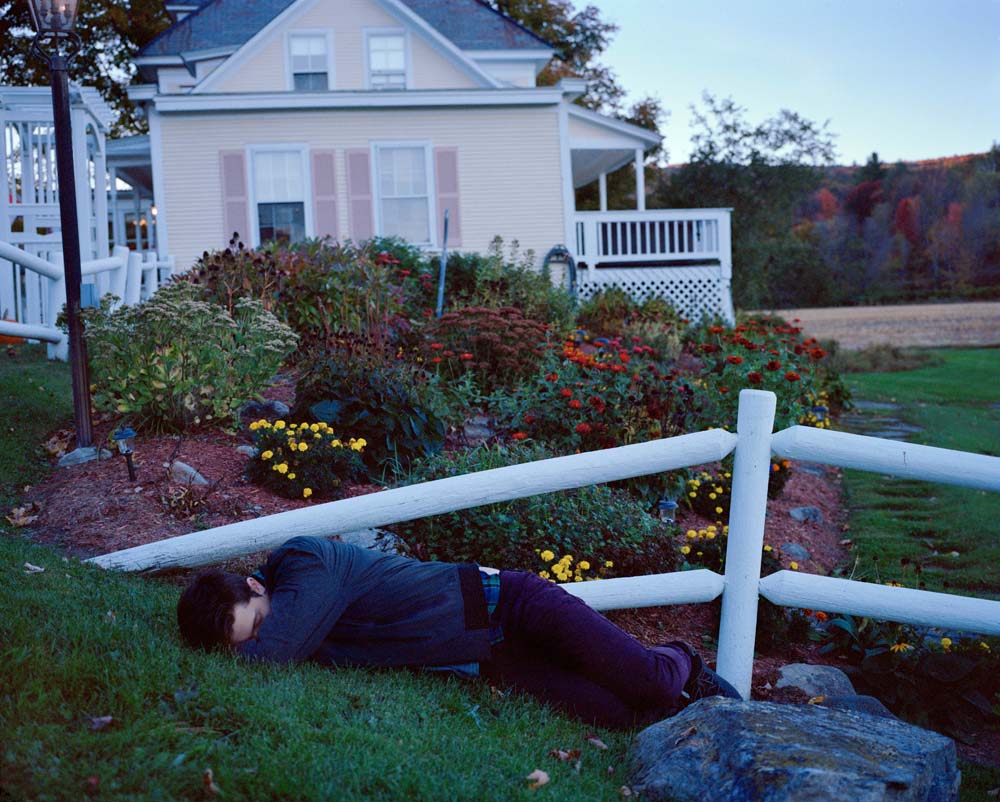 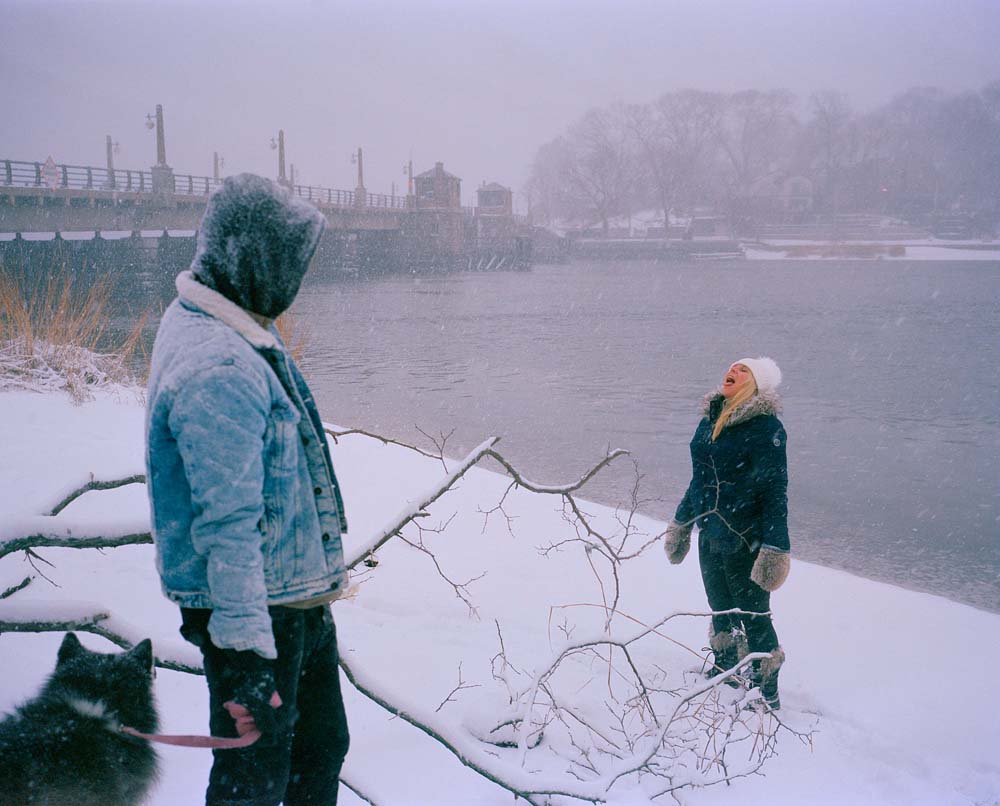 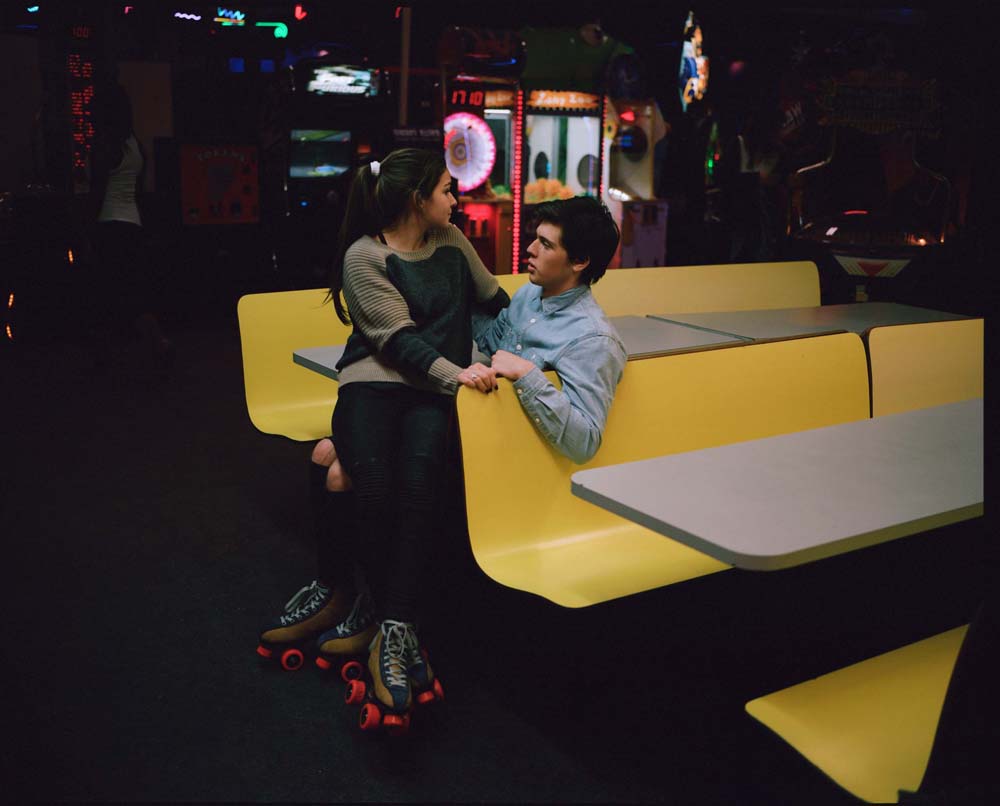 Parker and Nina at the Roller Rink, 2016 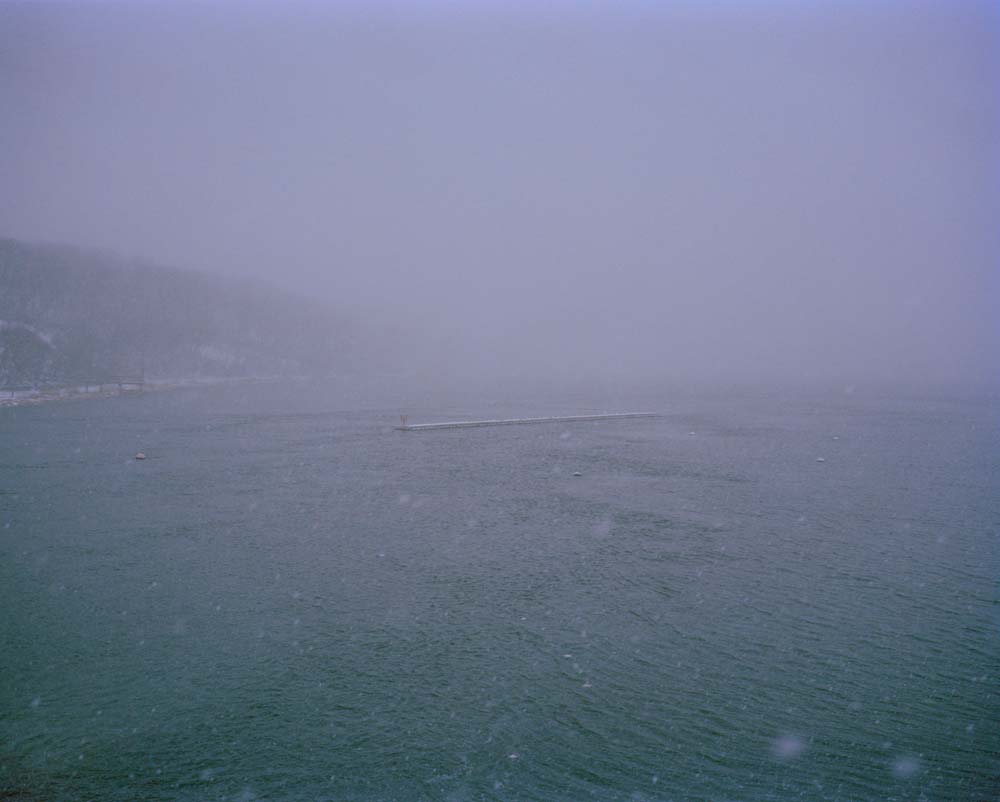