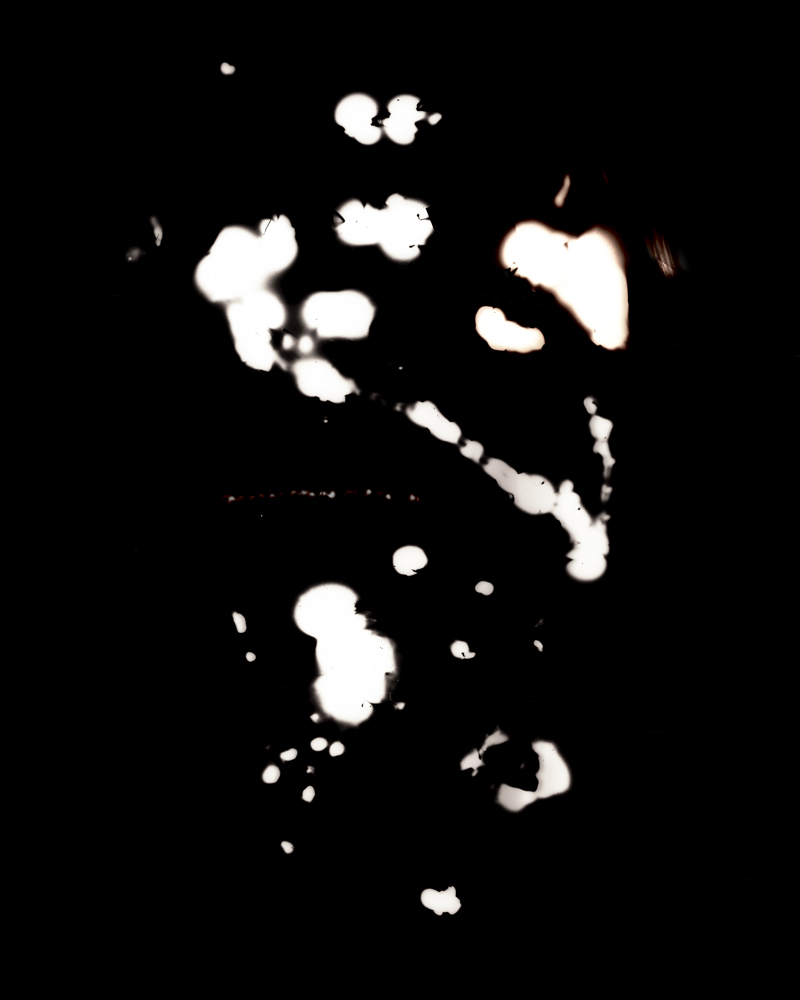 Elijah Gowin is a photographer and educator based in Kansas City, Missouri. In his series, THE  LAST FIREFLY, he photographically exposes the bioluminescence of fireflies on light sensitive photographic film to create multiple marks and patterns of their tracks. Gowin combines art and science in a masterful way. Through his writing he offers the viewer an objective awareness of these disappearing bio-indicators. Through fine art he discovers a unique visual language of fireflies. The Last Firefly directs the viewer toward the light, revealing both a mythical and authentic place of true magic.

Photographs from this series will be on exhibit this fall in conjunction with the Photo+Sphere photo festival in Ashville, NC, a festival focusing on photography and science.

Elijah Gowin was born in Dayton, Ohio, USA 1967. He received a BA in Art History from Davidson College in 1990 and a MFA from the University of New Mexico in 1996. He has taught photography and digital imaging since 1995 and is presently a Professor in the Department of Art and Art History at the University of Missouri-Kansas City where he directs photographic studies. In 2008 he was awarded the John Simon Guggenheim Memorial Foundation fellowship and is represented by the Robert Mann Gallery, New York; Page Bond Gallery, Richmond, Virginia and Photo Gallery International, Tokyo, Japan. 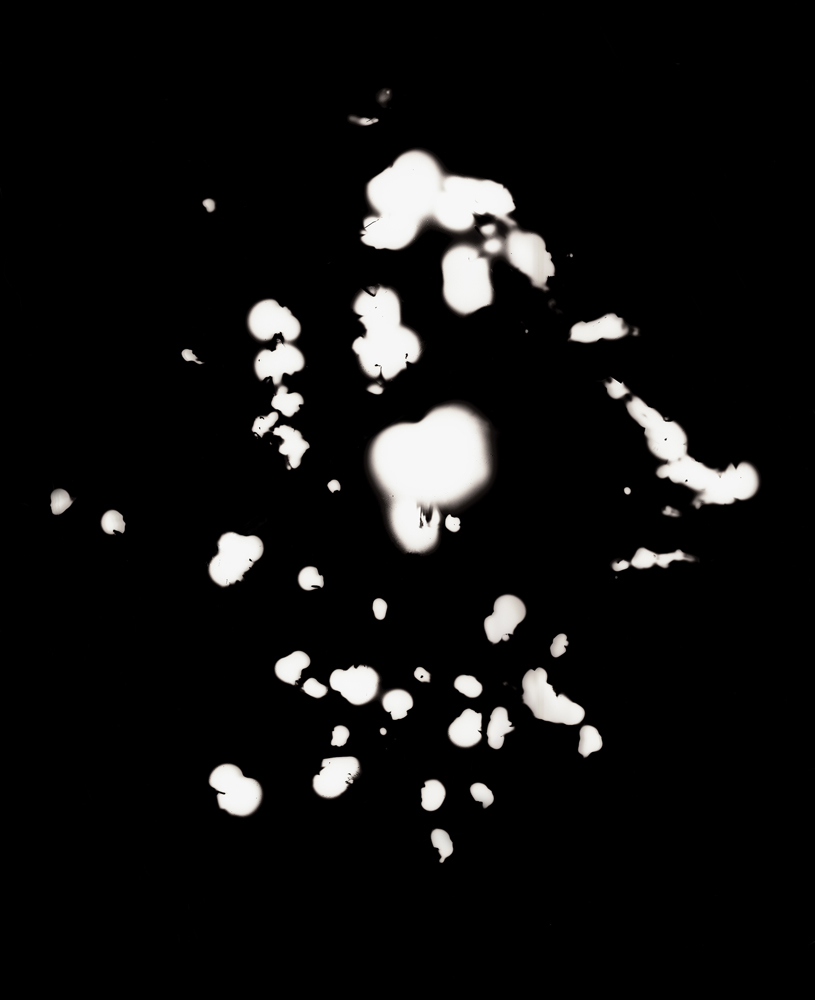 In 2008, the New York Times described how insects colloquially known as fireflies were globally suffering population decline due to loss of habitat as well as air and light pollution brought on by rapid human development. Since this publication, scientists have been scrambling to map this decline and raise awareness of the 200 or so species found not only in tropical wet climates, but everyday suburban yards in North America. Why all the fuss? One reason is that fireflies are bio-indicators, a species that indicate the health of an ecosystem. The other reason is perhaps symbolic. For those that grew up catching fireflies in the backyard as children, this summertime ritual is symbolic of youth itself, a Romantic attempt to stop time and hold childhood in a state of suspended animation. Around the globe, other cultures have found the firefly to be evocative in different ways. In Japan, where the firefly Luciola is found, the insect is said to symbolize not only love, but also the souls of those killed in war. It is this combination of ecological danger and neo-Romantic ideas of love, death and impermanence that provides the conceptual background for “The Last Firefly” project.
As a photographer, fireflies are ripe subjects due to their dazzling light shows and ephemeral nature. At dusk, their light creates elaborate zig-zag traces in the darkening sky. With the aid of long exposures documenting minutes and hours of firefly activity, a photographic map can be made to reveal the activities of an entire colony on a given night. 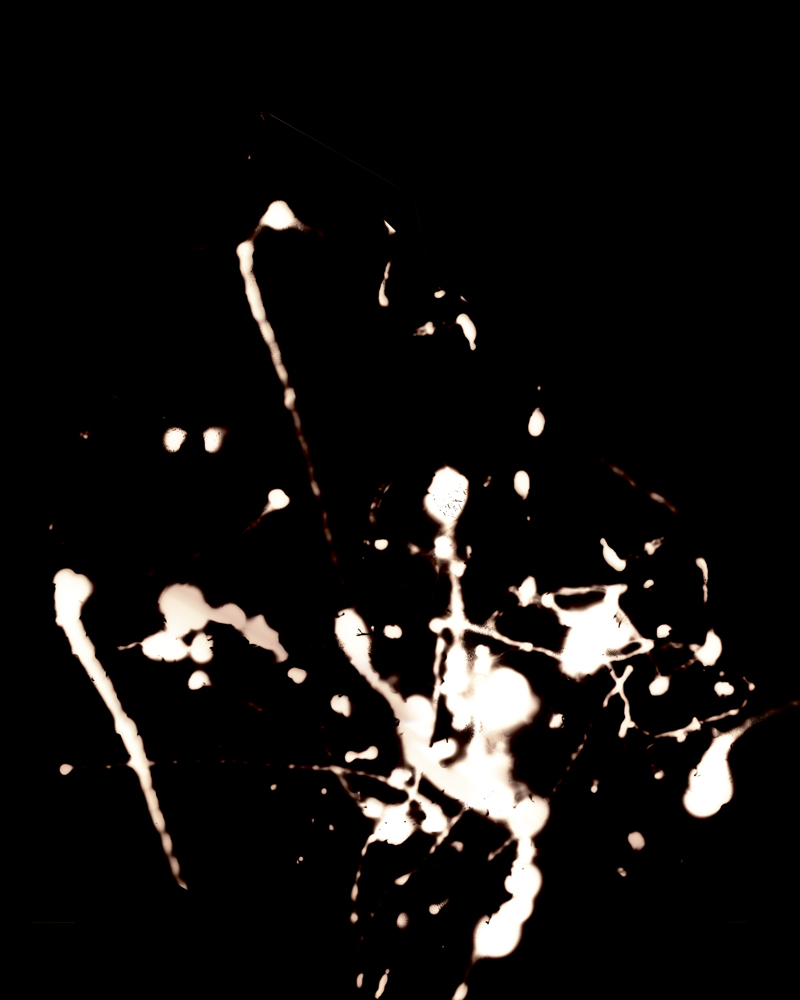 In 2012, I began to experiment with using the light of fireflies (beetles of Lampyridae family) to create an even more unique type of photograph. This method uses a camera-less technique where the fireflies themselves are gathered in jars and then allowed to walk on light sensitive film. Their bioluminescent flashes expose the film directly as dots and dashes, a document and dance of light created as the fireflies march around. This film is then processed and scanned into Photoshop before digitally layering many nights of activity into a new, montaged composition.

Although this technique borrows from 19th Century photographic strategies like photograms to produce camera-less shadows of objects themselves, this process as a whole is unique in that it combines primitive hand-crafted methods with up to date digital imaging technologies. The process is also unique in that it brings together science and art, objective and subjective processes, to coexist in one image. These photographs act as documents in that they map factual presences of fireflies in a certain time and place. They are also subjective creations that are constructed and built like paintings, with the artist’s hand directly involved with the final composition. Finally, the images are conceptually successful and deserve continued work, because they begin to convey rich themes of impermanence, death and attempts at communication. The white marks of the firefly often appear like the dashes and dots of Morse code or appear to form shapes like in Rorschach tests. In this way, the images suggest how the fireflies might be trying to tell us something. The spontaneous marks, which take only a moment to occur, also remind us of the fleeting nature of life. Fireflies usually live no more than three days before dying and appear at dusk for only a few hours. – Elijah Gowin 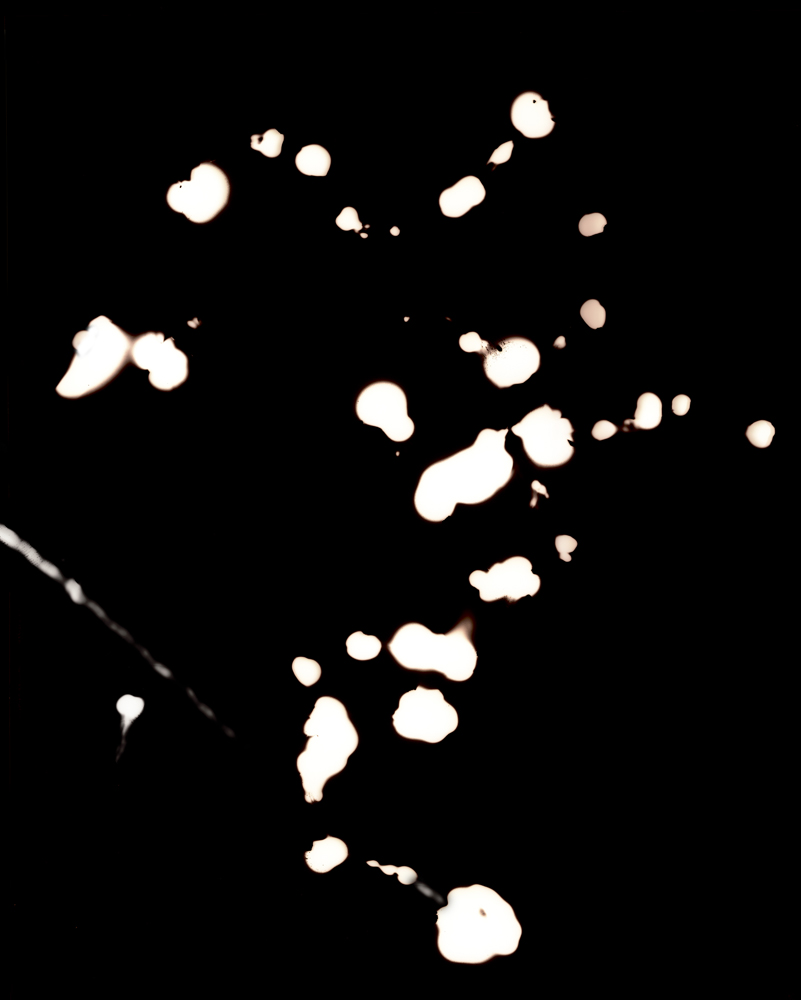 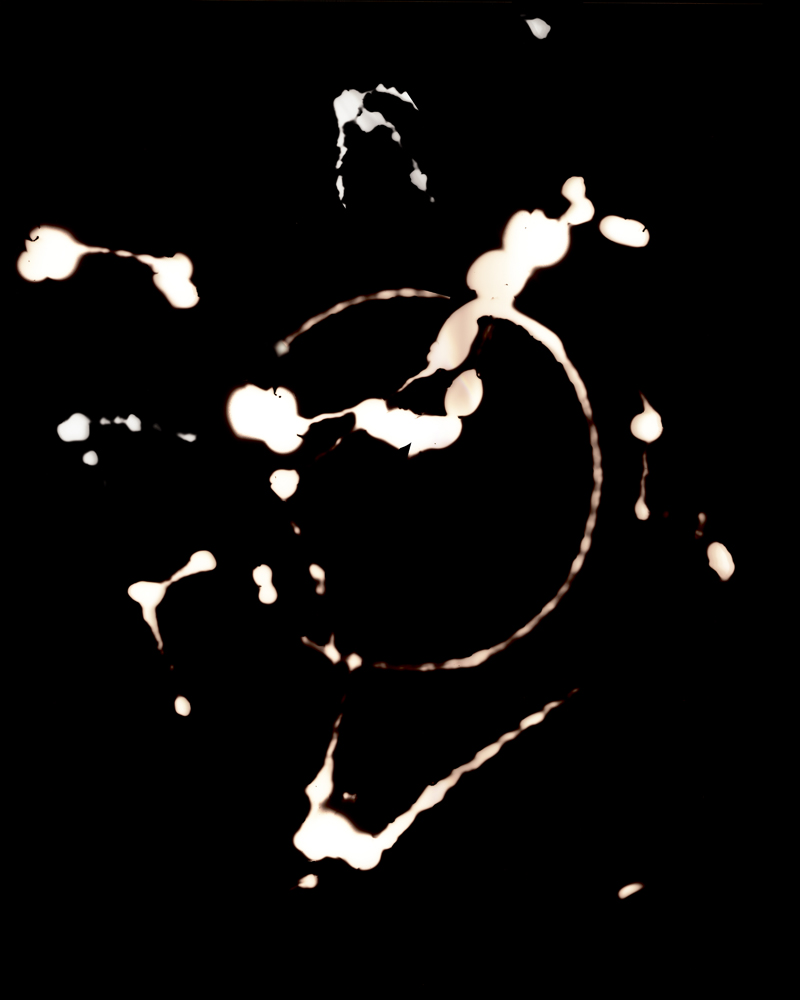 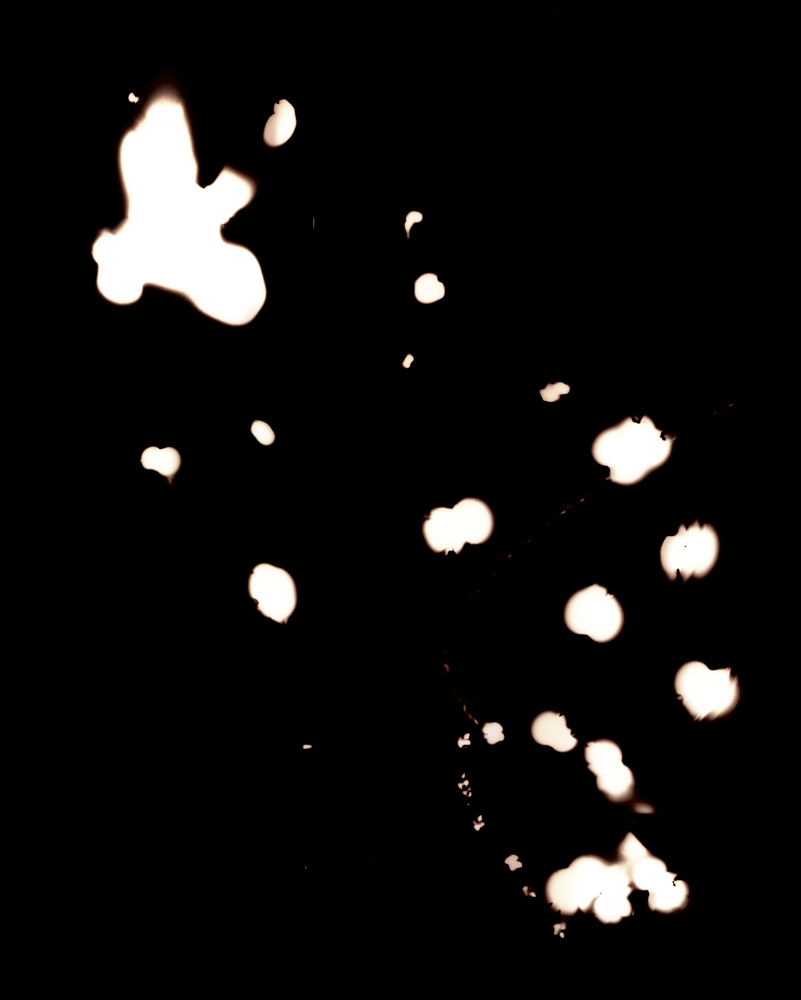 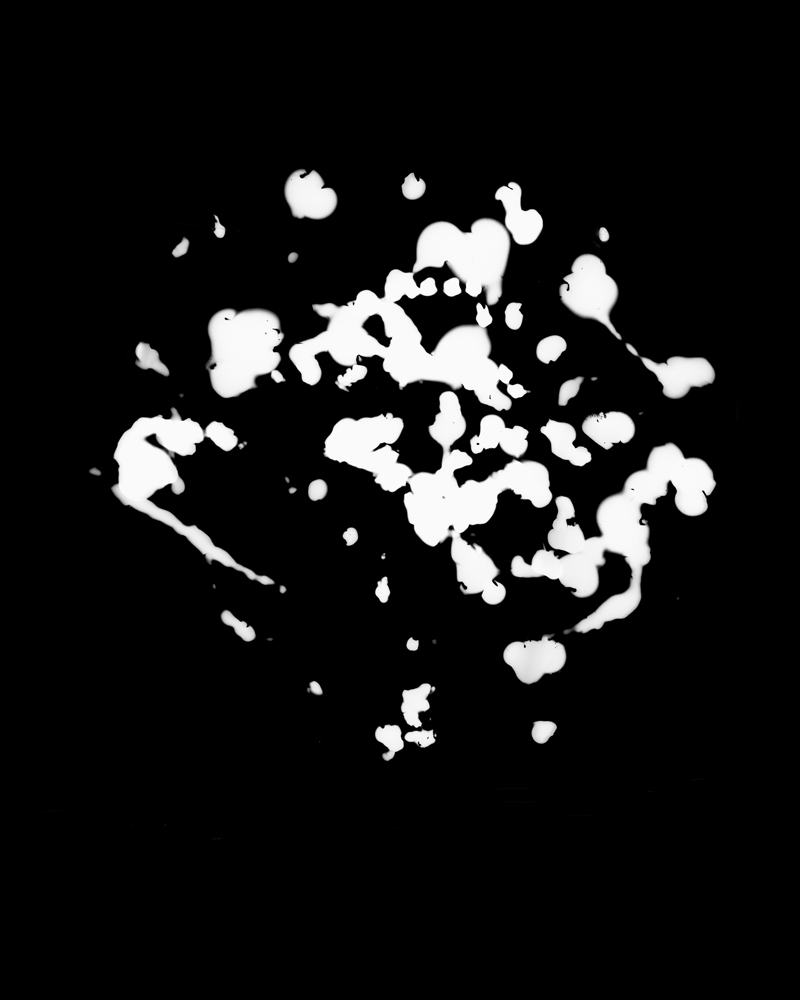