Fatemeh Behboudi: Finalist in the 2019 Aftermath Grant by Ibarionex PerelloJanuary 15, 2019 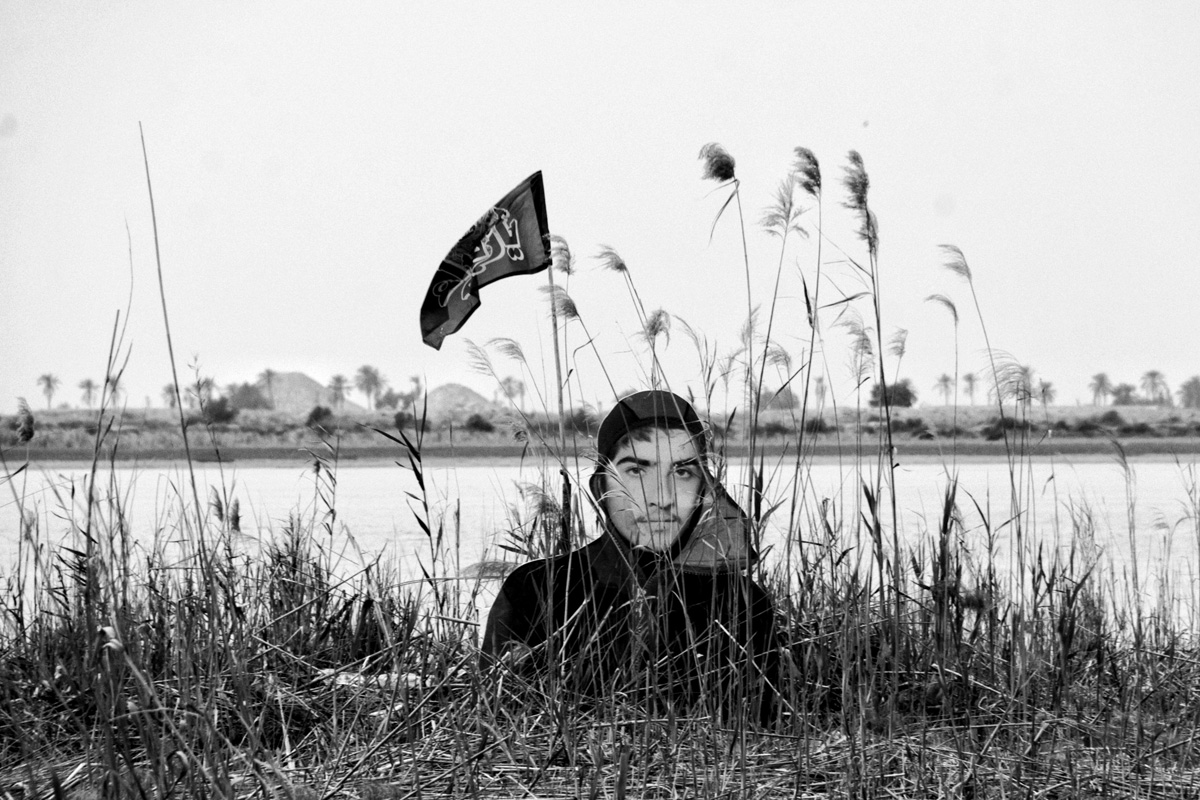 ©Fatemeh Behoudi, The image of Iranian martyr who were killed in the iran and Iraq war beside the arvand river . every year near to 2 million people visiting the war torn lands that Iranian soldiers were killed at there .

The Aftermath Project is a non-profit organization committed to telling the other half of the story of conflict — the story of what it takes for individuals to learn to live again, to rebuild destroyed lives and homes, to restore civil societies, to address the lingering wounds of war while struggling to create new avenues for peace. The Aftermath Project holds a yearly grant competition open to working photographers worldwide covering the aftermath of conflict. A 2019 finalist is photographer Fatemeh Behboudi. The jurors for this year’s grant were Aftermath founder Sara Terry; photographer and founder of The Candid Frame, Ibarionex Perello; Aline Smithson, photographer and editor of Lenscratch; and Todd J. Tubutis, Director at the Art Museum of West Virginia University.

For those of us in the west, war is something that happens elsewhere. We are witness to the loss of life, property and community in snippets. A few news images here or a few second of video footage there. The closest we get to conflict are the debates of talking heads on Sunday morning news shows where pundits argue policy and strategy. The real-life consequences of war and conflict are easily ignored with a press of a button or a swipe of a finger.

Photographer Fatemeh Behboudi has witnessed the lasting impact of war long before she picked up a camera. As a young girl, the war between Iraq and Iran served as the backdrop for her young life. Violence and the threat of violence was ever-present, a looming cloud that made it difficult if not impossible to ignore. And despite the official end of hostilities, she has seen and experienced the legacy of a conflict that left hundreds of thousands dead and wounded.

Her stories of communities along the Iraq/Iran border reveal the lingering and lasting effects of war, long after bullets have stopped been fired and bombs dropped. The endless search for lost loved ones, the slow restoration of infrastructure and persistent threat of future wars has left several generations of people wounded. They may not bare scars or missing limbs, but their pain and suffering are just as palpable.

Behboudi’s work is bold testament on the price of war. Her images capture with jarring intimacy what it is like to never fully recover from conflict. With her photographs she moves beyond expressing her own personal experiences and thoughts about the aftermath of conflict and violence and provides a declarative voice to the tens of thousands of men, women and children for whom the war has never really ended. – Juror Ibarionex Perello 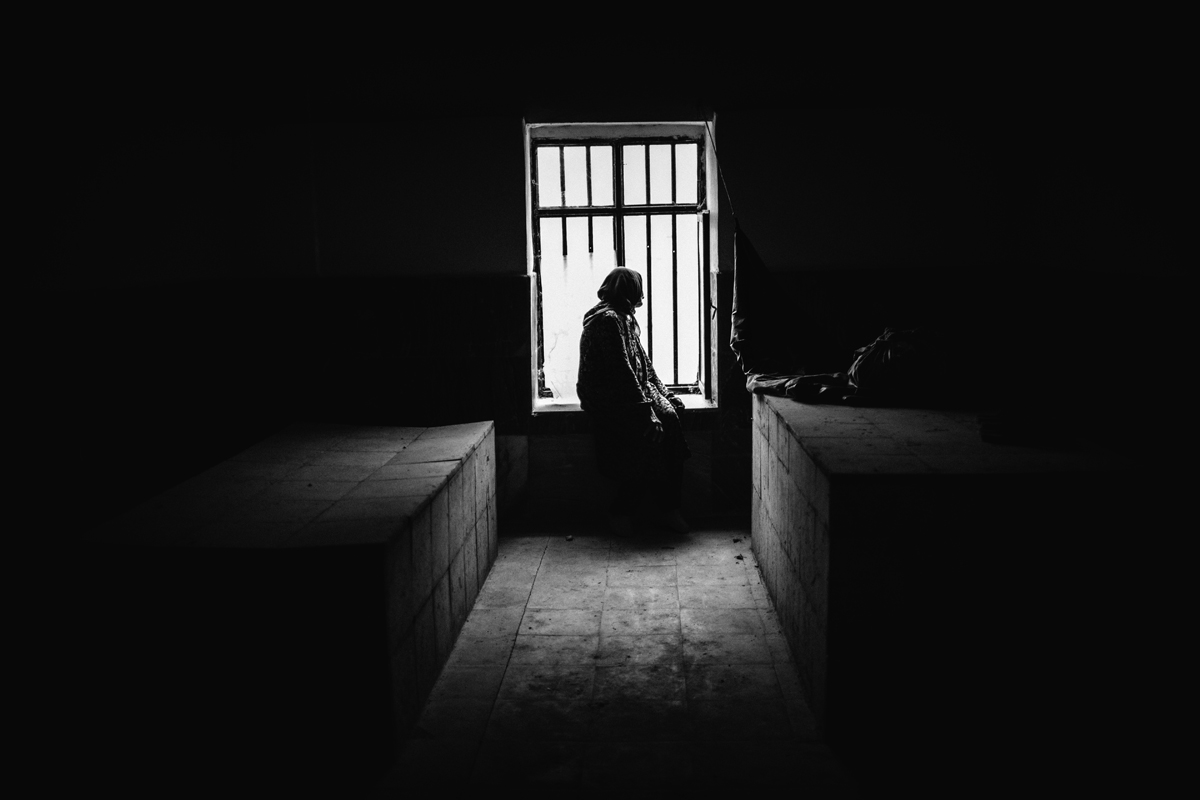 ©Fatemeh Behoudi, After the body of martyr Mustafa Salari were lost in the Iran-Iraq War, the martyr’s father made a little place for his martyred son. so that people could use and pray at this place . The martyr’s mom always going to this place whenever she is so sad for her son , she is crying alone in this place for many hours .

She studied photography and, after graduating in 2007, has worked for several Iranian news services including the Iranian Quran News Agency (IQNA), student news agency Pana, Bornanews and Mehr (MNA).

Exhibitions she has participated in include the Ashura Picture Exhibition 2012 and the Photo Festival Revolution and War 2012 Tehran. In the 2010 Doorbin.net symposium she won second prize in the documentary competition. She was a participant in the 2013 Joop Swart Masterclass. In 2015, she placed first in the Feature Picture Story – Freelance/Agency category of Pictures of the Year International and was one of five exhibited during Obscura’s Asian Women Photographers’ Showcase. 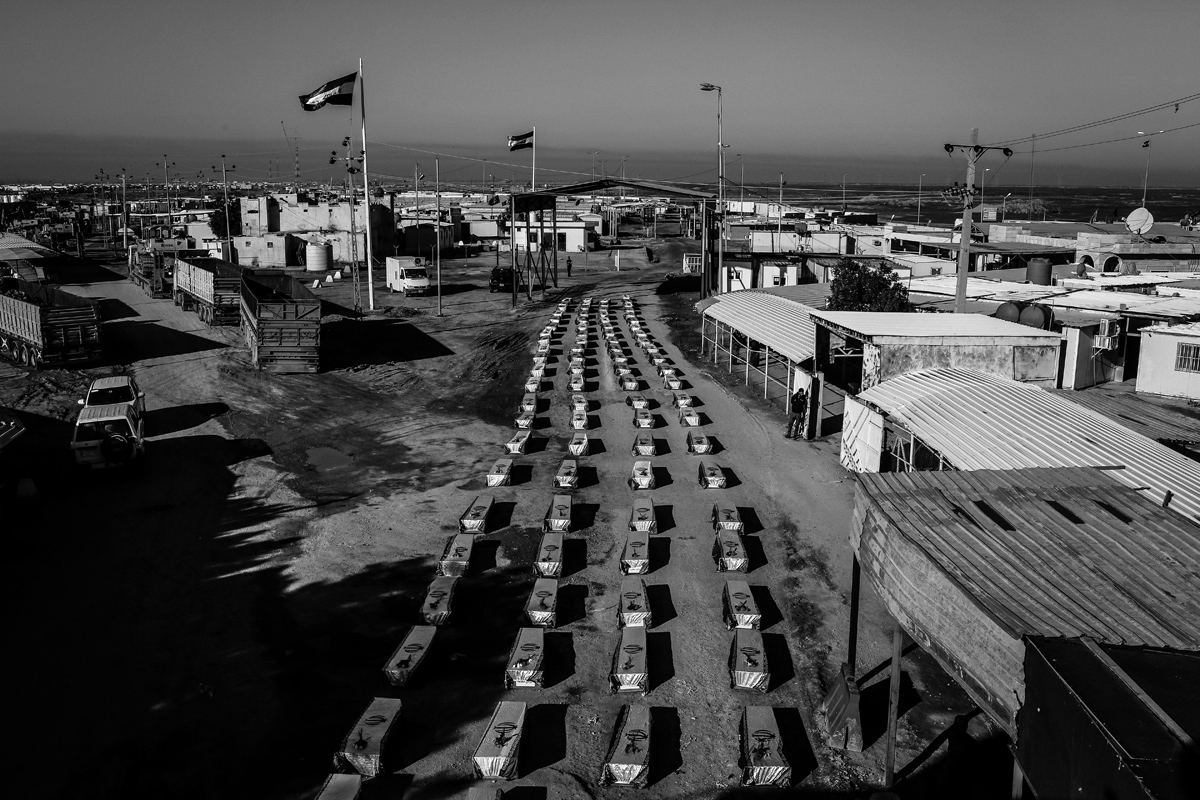 ©Fatemeh Behoudi, In recent years, the bodies of about 7,000 Iranian martyrs have been found and they have been buried under the name of ‘Unknown Martyrs’ due to the lack of their identity. At present, over 5,000 other martyrs are still in the Iraqi territories whose corpses are found and brought to Iran every few months. 80 Iranian bodies were found in Iraq . the bodies are in Iraq land for license to go to iran . FB

Three decades have passed since the end of the Iran-Iraq war, but many mothers are still waiting for the return of the remains of lost sons who perished during the war.

Many veterans who managed to survive spend their days with the psychosomatic pains caused by chemical and biological warfare. Every day their every breath has been accompanied by tears, screams and dreams of death.

Thirty years have passed since the end of the war, but children and many people in the border towns of Iran are still the victims of buried land mines in the soil, and their dreams have died with them.

Thirty years and counting since the end of the war, but war-torn cities remain torn and have not revived, have not been restored to their former glory. And the inhabitants of these sad cities have not seen a return to vitality and life. 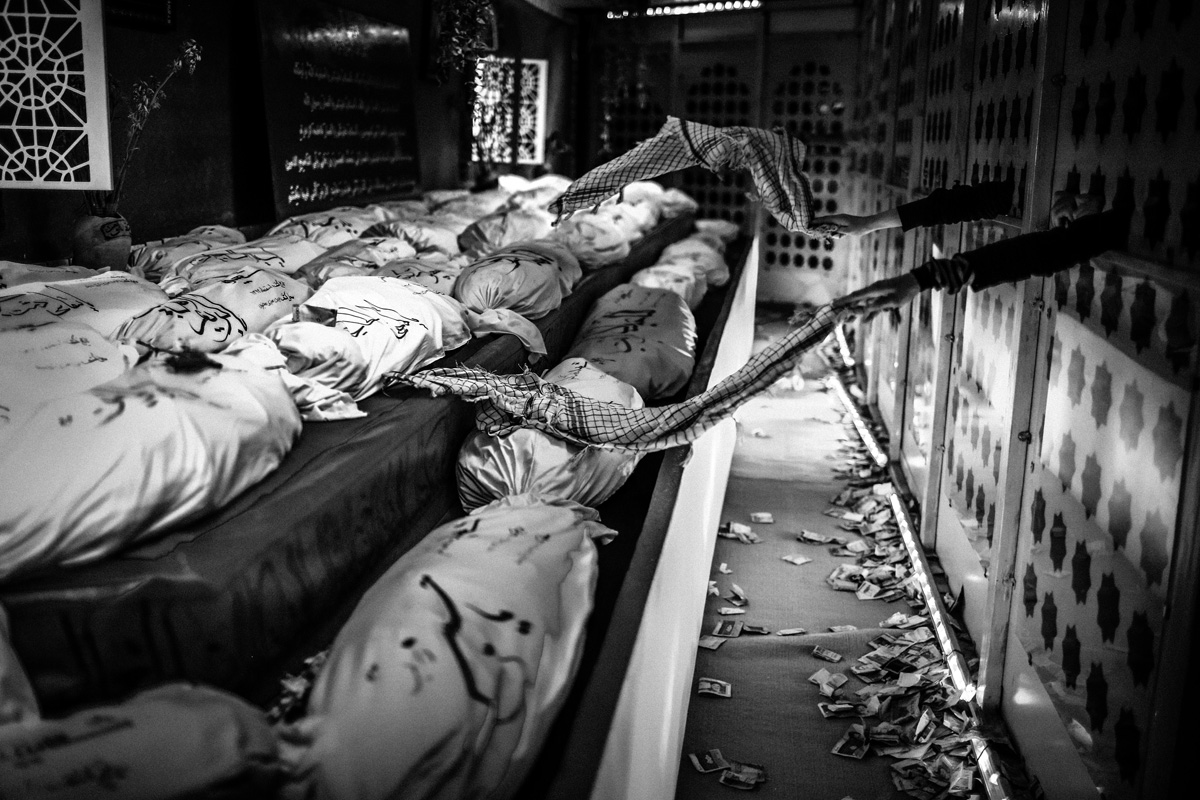 ©Fatemeh Behoudi, After exchanging the bodies of over 80 Iranian martyrs whose corpses have been found recently, they are being carried from the border towards Me’raj Shohada, a place that the bodies of the killed soldiers are being kept and the families and mothers of the martyrs welcome them

Thirty years gone but the children and families of martyrs still travel to locations where their fathers and children were martyred. Still, martyr families are looking for even a small part of the bodies of their martyrs or whatever remains from that amid the devastation.

Who has said that the war is over? The war is alive. Even after 30 years.

I was an infant in the middle of the Iran-Iraq War. The war began in 1980 with the invasion of Iraq to the international border of Iran. More than 220,000 Iranian soldiers were killed and more than 800,000 injured. About three million people from both countries were killed and wounded in this bloody war, a war that is known as the greatest classic battle of the 20th century. It lasted eight years and eventually ended in 1988 with Iran adopting UN Resolution 598.

The war (for the government and media ) ended, but then the real war began for the people .. The hidden wounds of the war show up increasingly. 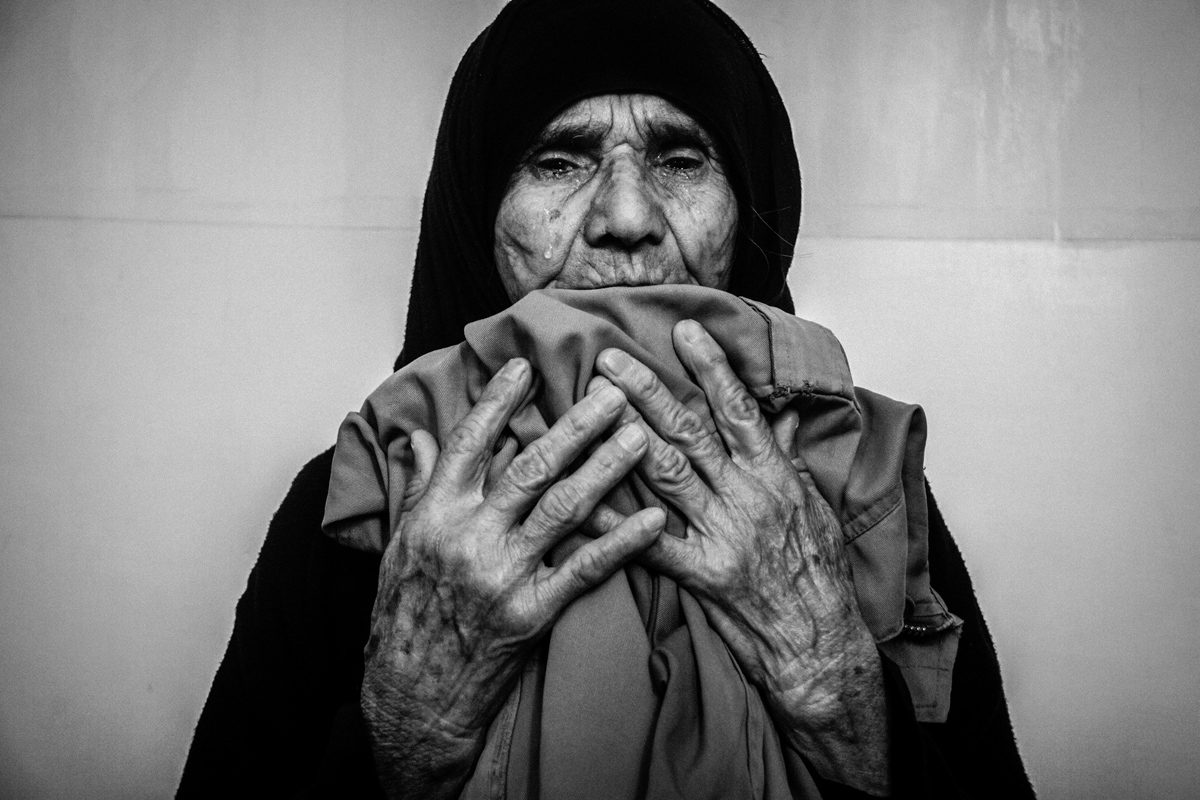 ©Fatemeh Behoudi, All mothers are crying for their sons … They do not know about their sons bodies . their sons are alive or dead ? Where is the boys’ bodies? Many mothers For crying Lost their sight . Anbar Jaberi (72), who has waited 28 years , she is crying with her sons clothes . this is the only way for her for be calm .

And as I opened my eyes and ears in childhood, I was surrounded by a sense of fear, the sounds of emergency sirens and of bombs and the news about martyrs…. they were all in front of me and all the memories of my childhood were full of these sorrowful scenes. From then till today, I always heard a common name in all Iranian homes: Saddam Hussein.

He was, of course, the Iraqi dictator ultimately responsible for all the carnage. People have always talked about him and how his crimes had destroyed the lives of hundreds of thousands of people. The talk that never stopped and can still be heard in many Iranian homes. And this turned into a question for me: why this war remains so fresh on the minds of millions and why Saddam is not yet forgotten?

The Iran-Iraq war and its traces, its consequences and victims, became my most important concern and subjects in photography. I was able to get much closer to the victims of the war with my camera. I saw the old wounds of war as alive as ever — the wounds that had not healed even after 30 years.

“War is Alive” is the title of a long documentary project that I have been working on for five years, and so far I have worked on parts of this project. My first story was “Mothers of Patience ” a story about the lives of mothers of Iranian martyrs who have been waiting for a son’s body to be found and returned for proper burial. This initial project was the first effort to look deeper into the war and its victims. –Fatemeh Behoudi 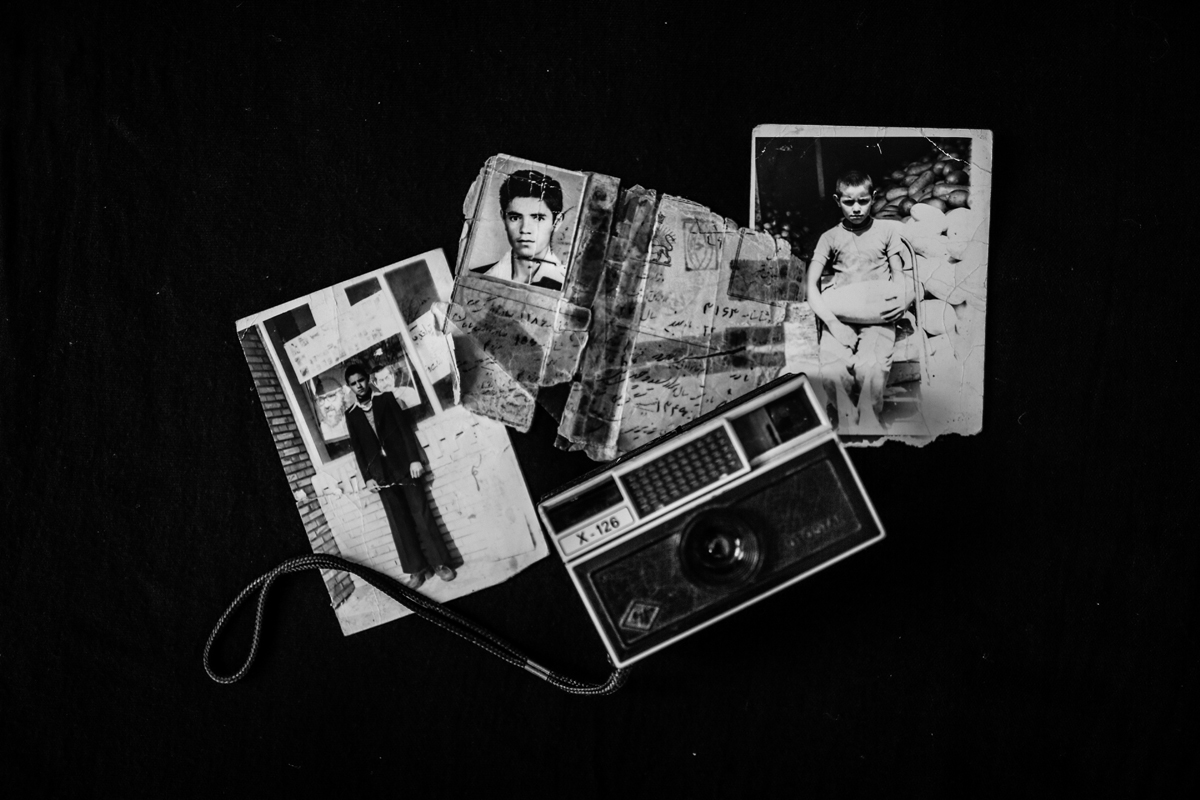 ©Fatemeh Behoudi, Iranian mothers are waiting for their lost sons bodies more than 30 years . All mothers have kept Photos , Clothes or Letters of their sons . all of them help mothers to be calm after watching them .

How did the victims of the war spend their best years of life with the deep pain of war? What bothered me the most was that they never returned to their normal lives after the war and most of the victims never could be the same person they were before.

The suffering of the victims of war has become a profound pain for me, and it has made me more resolute to carry out further post-war projects. 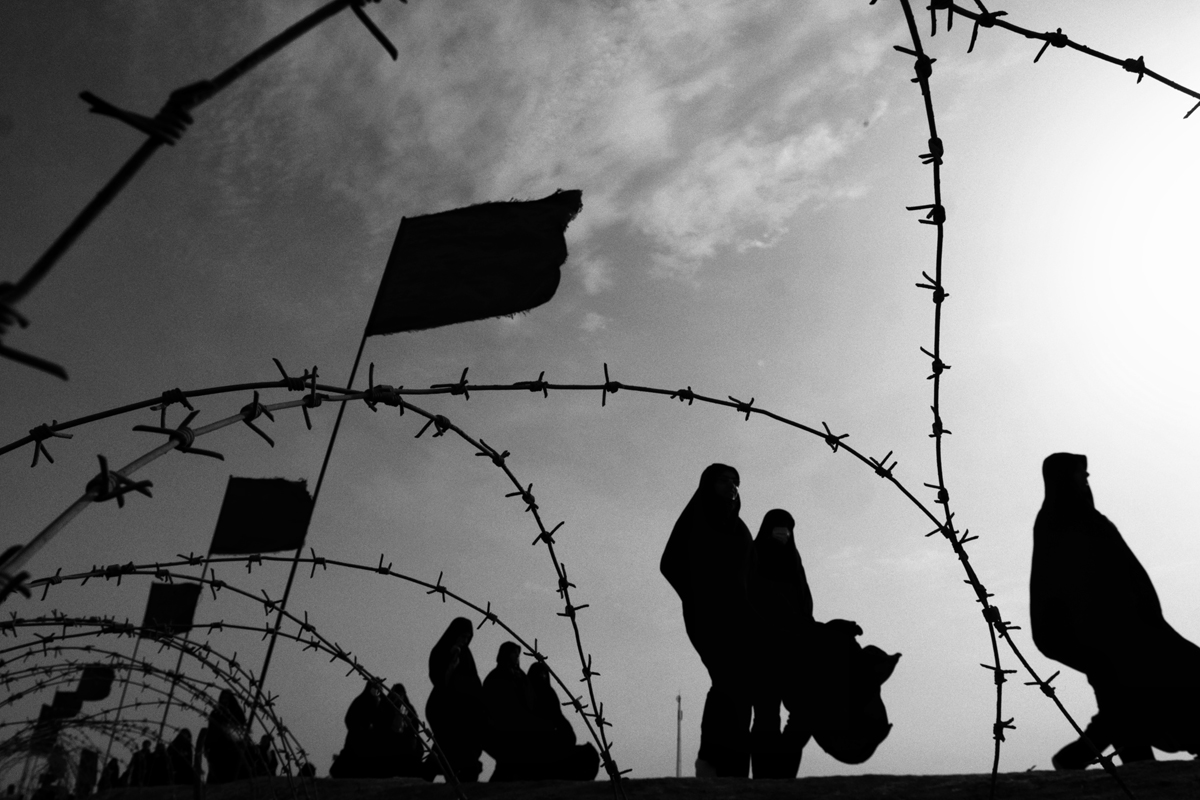 ©Fatemeh Behoudi, Shalamcheh is a border area between Iran and Iraq and one of the first regions that was attacked by Saddam Hussein, the Iraqi dictator, and was destroyed (during the Iraqi-imposed war against Iran 1980-1988). Thousands of soldiers were killed in this region and the bodies of many Iranians killed there have not been found yet. The Iranian people always traveling to Shalamcheh every year. They believe that the martyrs’ blood is holy . Every year, near 2 milion people visiting war torn land . 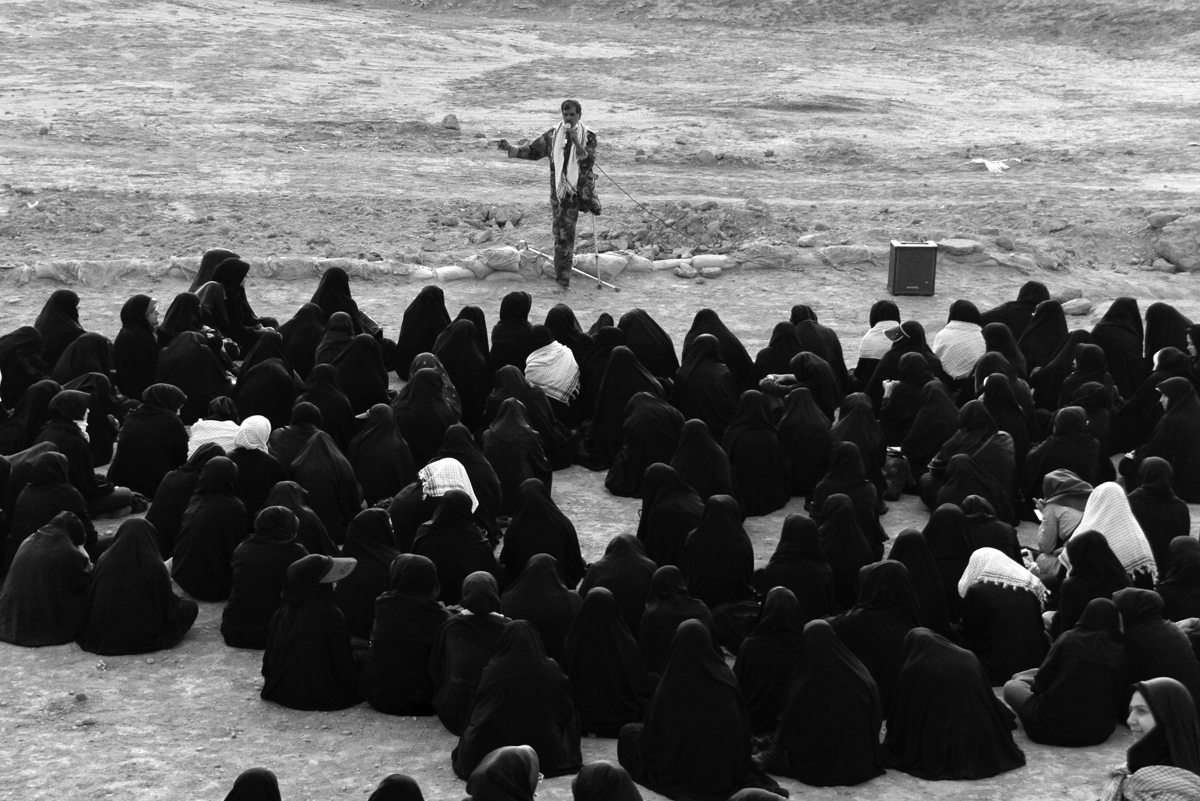 ©Fatemeh Behoudi, A war veteran is Telling stories of the iran and iraq war to people are visiting the war torn areas . 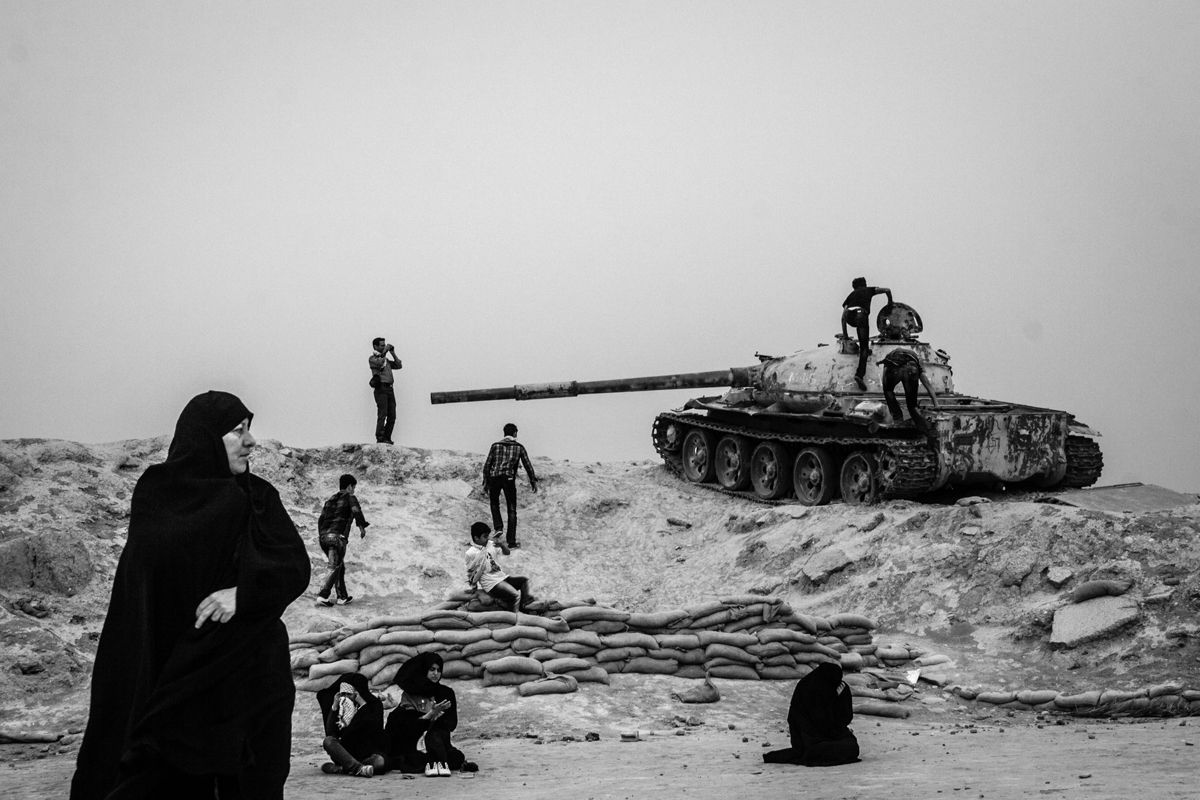 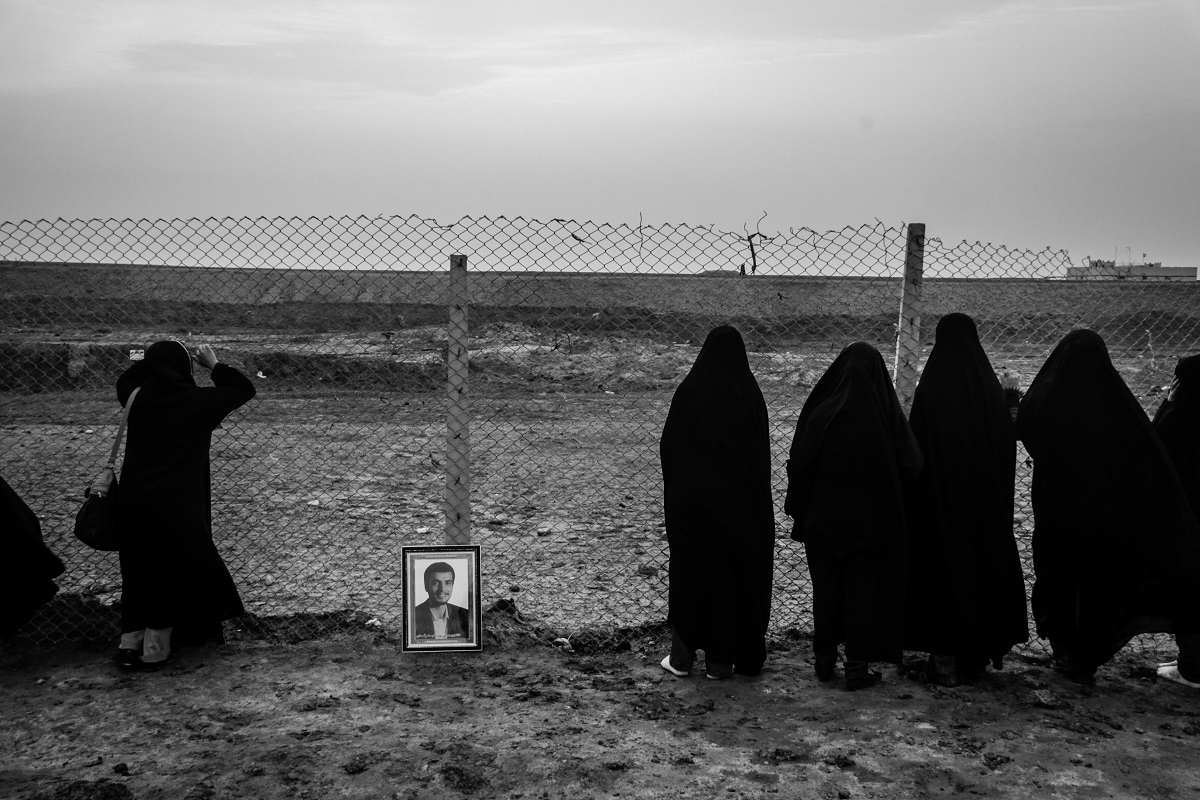 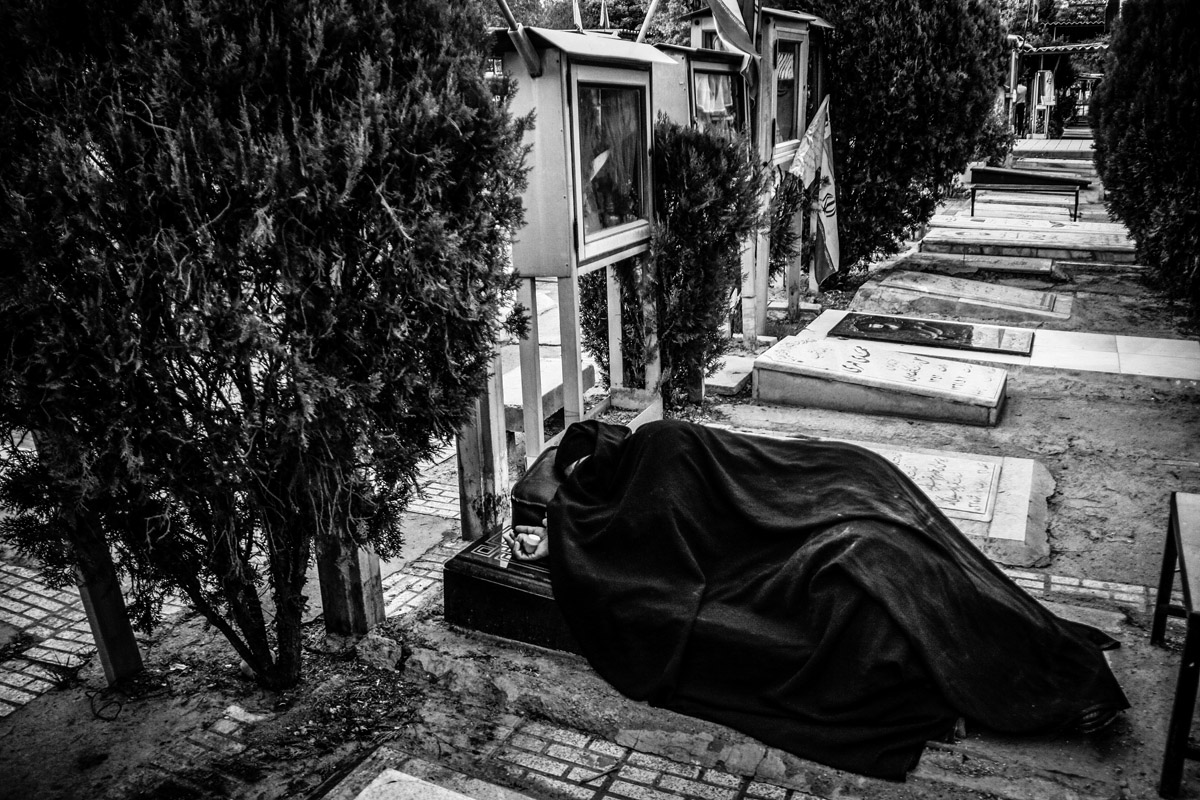 ©Fatemeh Behoudi, The people of Iran believe that the martyr is alive and holy and they Helps people lives . because of that , in the most important events or weekends , people always going to the cemetery of martyrs and praying and living with iranian martyrs . A member of martyrs family is slept on the grave of a martyr .” martyr is alive “ . 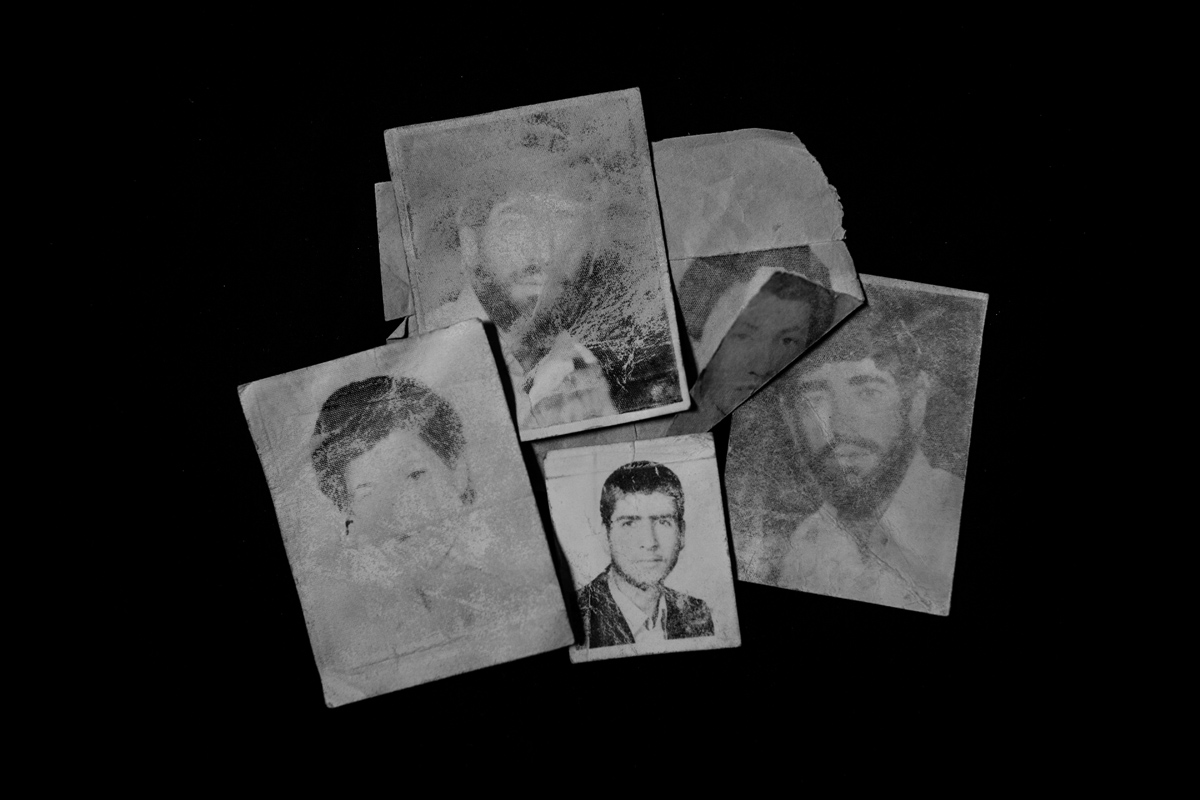 ©Fatemeh Behoudi, in the iran and iraq war more than 10000 bodies of Iranian soldiers were not found . All mothers are still waiting for their lost sons and all of them have kept Photos , Clothing , Letters and other belongings of the their sons that These help mothers not forgeting their sons and bring them solace. “ mothers of patience “ 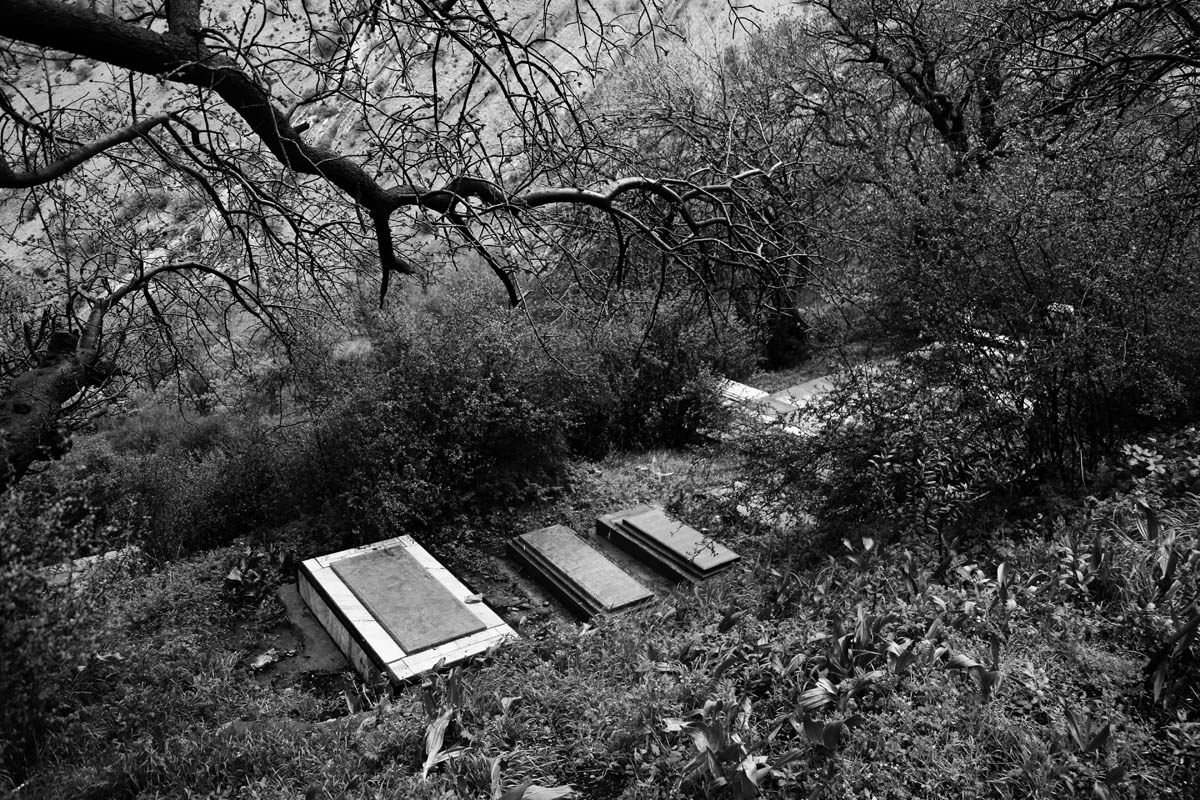 ©Fatemeh Behoudi, In 1988 , a few days after the adoption of Security Council resolution 598,The village of Zardeh was attacked by Iraqi chemical bombs , In the attack 275 people died and 1,146 were injured or suffered from toxic effects of inhalation. the graves of iranian people who were killed by Iraq’s chemical bombs . 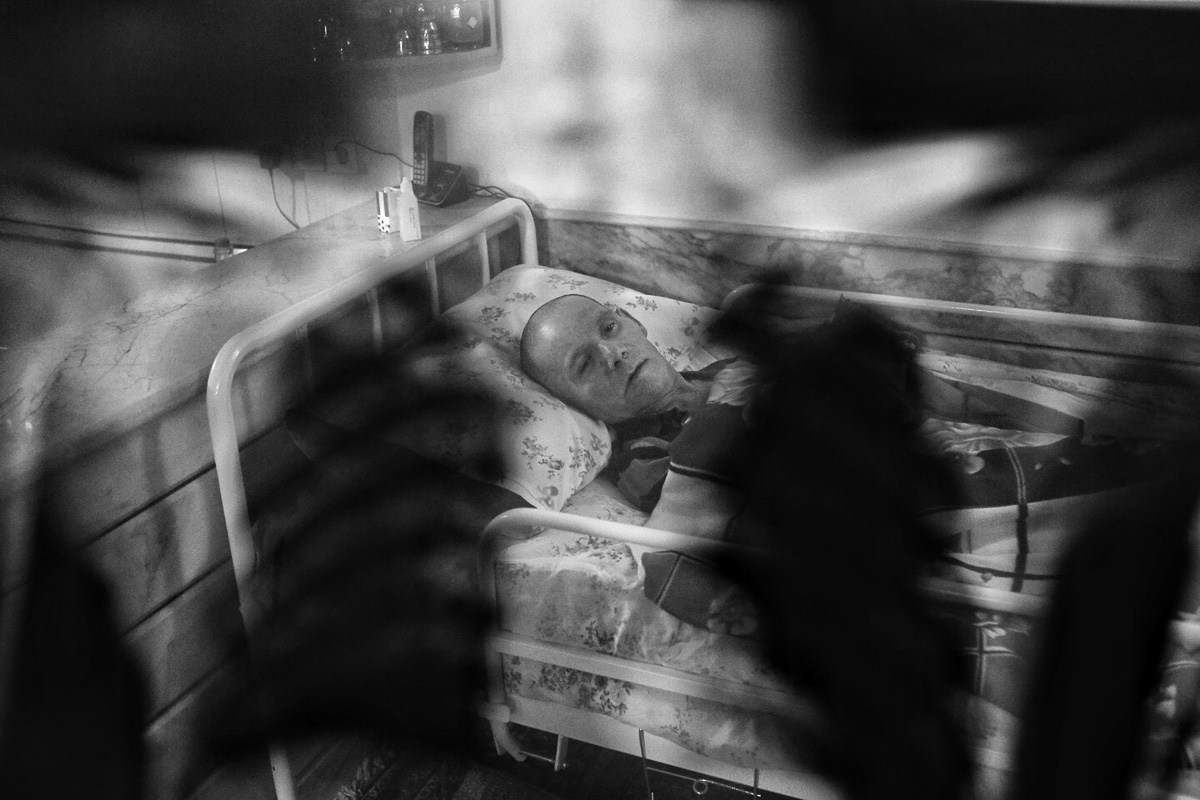 ©Fatema Behoudi, Reza Reyhani, 57 years old. He was active in the Iran-Iraq war for eight years. This veteran disrupted the minefields in iran lands . Reza is ill and can not speak or move today because of the chemical effects or nervous system who destroyed between the war . 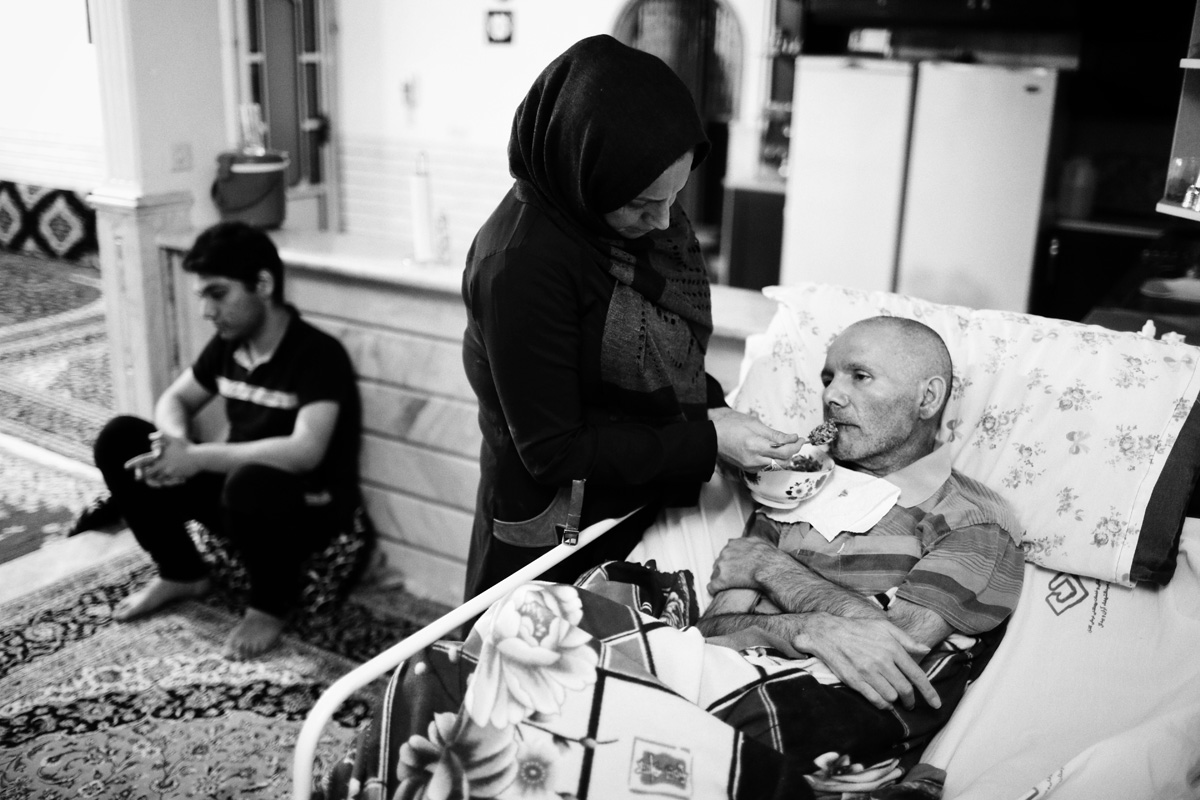 ©Fatema Behoudi, Reza Reyhani, 57 years old. He was active in the Iran-Iraq war for eight years. This veteran disrupted the minefields in iran lands .