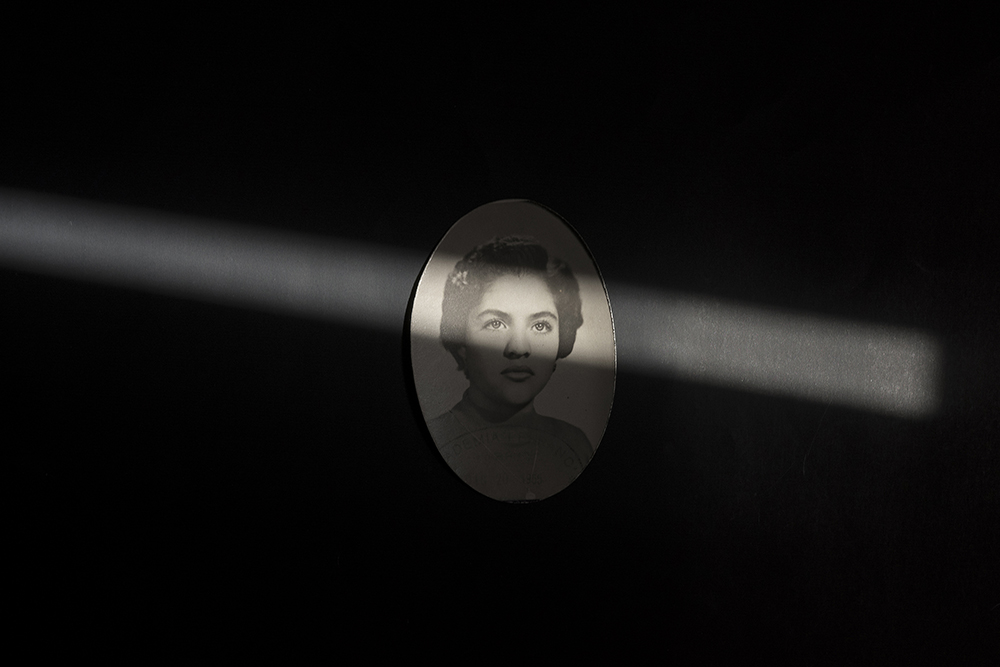 Projects featured over the next several days were selected from our most recent call-for-submissions. I was able to interview each of these individuals to gain further insight into the bodies of work they shared. Today, we are looking at the series Berta, by Karla Guerrero. 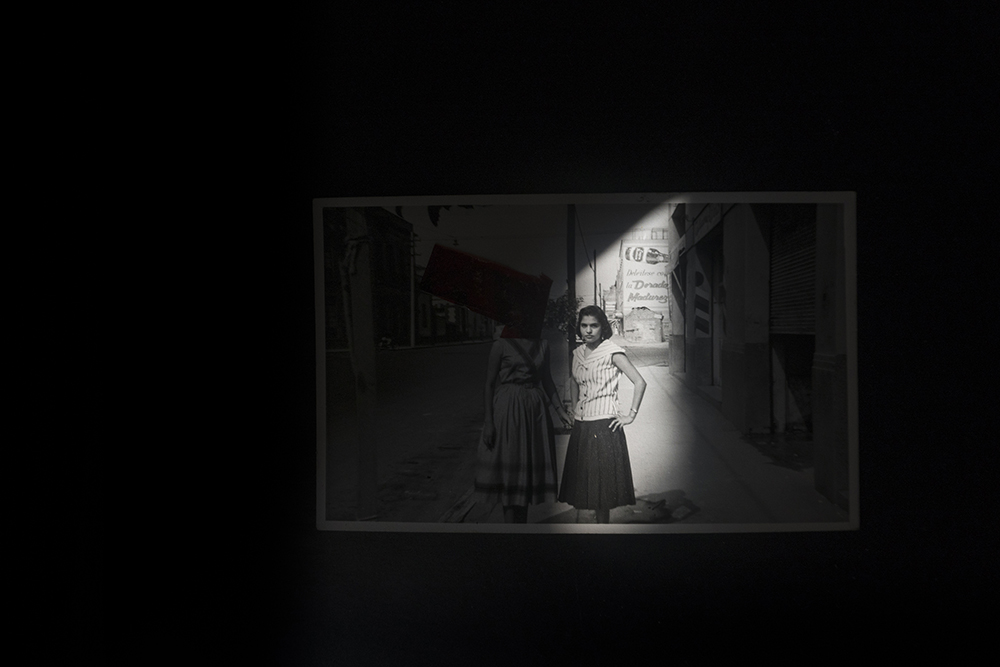 “Our memory is our coherence, our reason, our feeling, even our action. Without it, we are nothing… Our imagination and our dreams are forever invading our memories; and since we are all apt to believe in the reality of our fantasies, we end up transforming our lies into truths.” Luis Buñuel: My last sigh, 1985 p. 3

The procedure of how a memory is erased along with the visual language generated in response to diseases such as Alzheimer and dementia were the starting points to develop the project. My grandmother Berta suffers from dementia and her relation between imagememory has changed progressively, when she was younger she created a photo album with her most beloved memories, looking over I found some empty pages; suddenly it became a premonition of a forgotten past that can’t remain in the present, this is where I decided to step in.

Within the project, I made a short series about the daily life of my grandmother since dementia has come into our lives along with the reworked album. My intention with both wasn’t to revive her memories. Berta is the life of a woman as a wife, mother, and grandmother.

I dedicate this project to the more than 44 million people around the world affected by Alzheimer and dementia diseases and to their caregivers commonly known as family. #ENDALZ 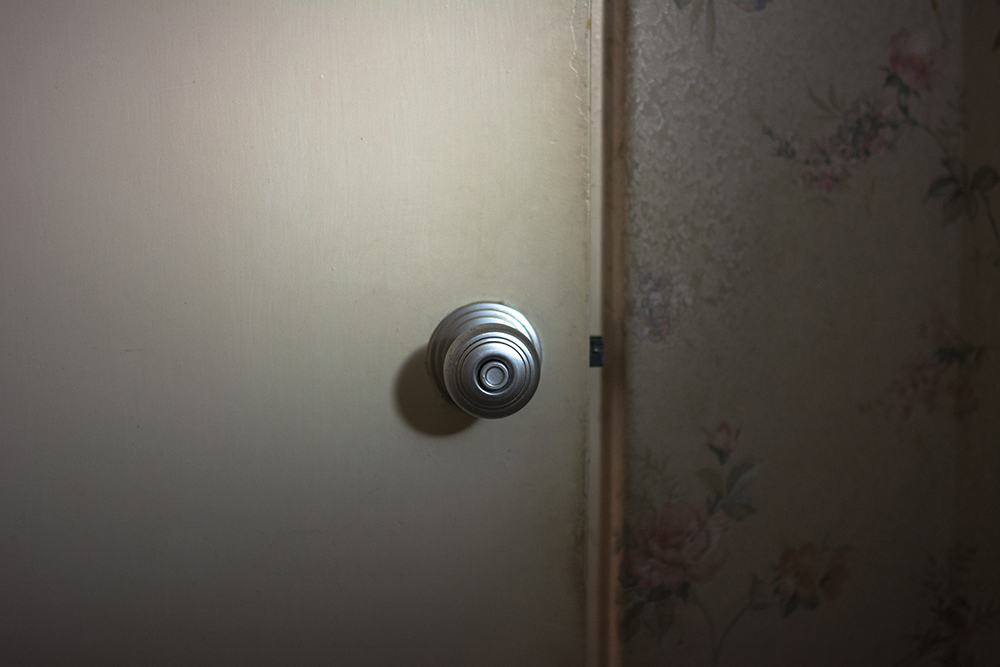 Daniel George: When did you discover your grandmother’s photo album, and did that have an effect on you at the time? Was this before or after her diagnosis with dementia?

Karla Guerrero: Since I was a child, one of my favorite hobbies was looking at my grandparents’ photos. When my grandmother was diagnosed with dementia, that moment forced me to look for the photos and never return them. At that time, the images appeared in a different way I noticed more empty pages than ever because the images were vanishing. 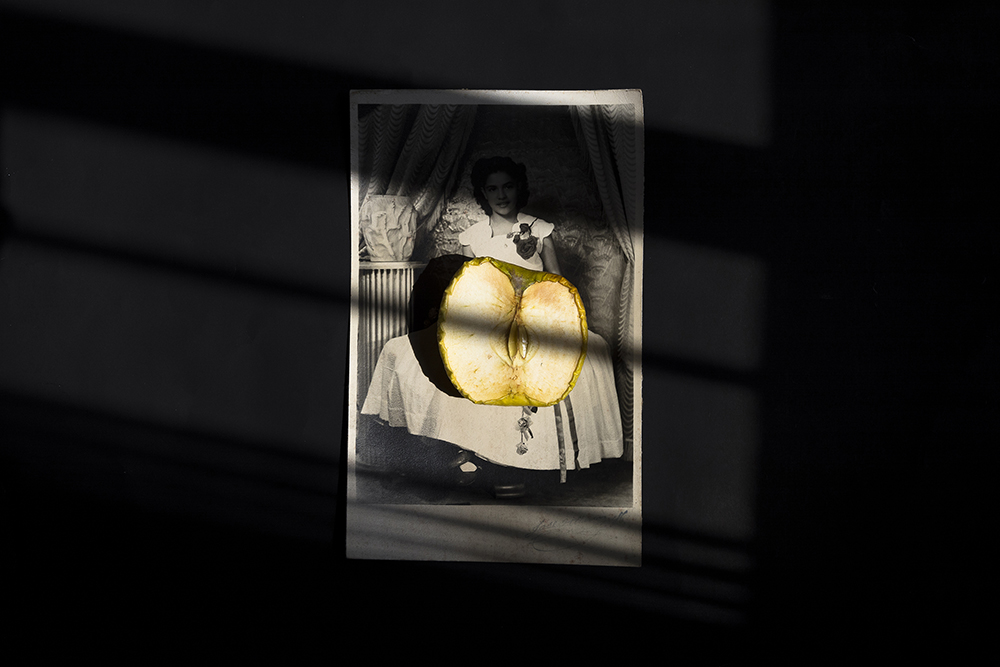 DG: When did you decide to make work based on the album, and what prompted you to share parts of it?

KG: The project took quite a time to released I began with some sketches because it was difficult for me to document how the disease was developing in a progressive way. I decided to create two series within the project the first is the reworked album that symbolizes the past of my grandmother and the second series depict a little more her daily life, that symbolizes the present. My intention with both wasn’t to revive a memory otherwise the procedure of how it started to be erased.

I made this project for myself, for my family and for the people affected by these diseases, there is a notion of 44 million people affected throughout the world, I want to create awareness that there is no cure or proper treatment but hope someday. 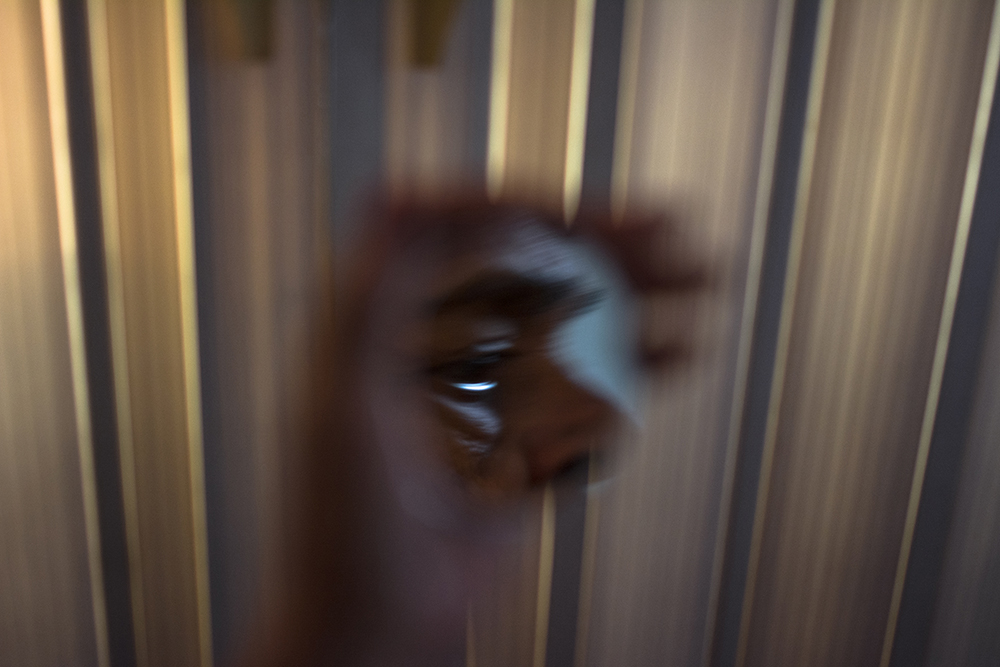 DG: Only two of these photographs contain hands—a physical human presence, the rest simply contain objects. What is the significance of focusing on mementos, rather than photographing your grandmother herself?

KG: I just could not portray her,  I couldn’t. I admire the work done by other photographers in relation to Alzheimer, they develop strong images that have become my reality.

What I depict document the progressive change within the house, my grandmother was always aware of keeping things in order I think the house now reflects her inner state; I think everything is related or connected, that one thing is the extension of another or at least a transition, much of what I do with my photographic work is to observe those behaviors between the object or space with the subject and with this photos the observation was double. 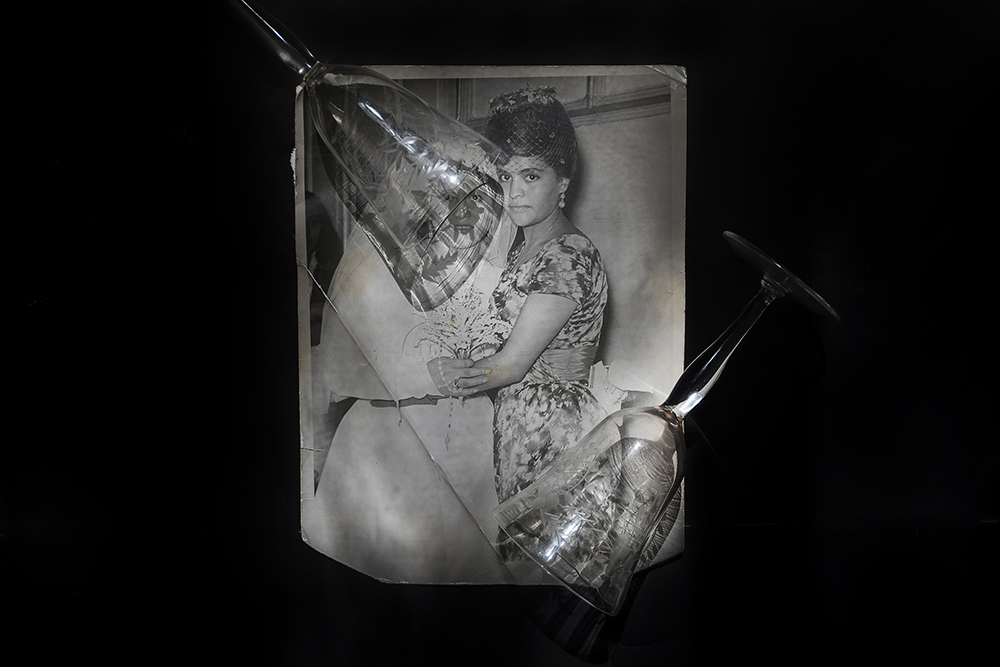 DG: How do you navigate the sensitivity of a topic such as this—as it relates to a close family member?

KG: It was difficult, the mix of all emotions and knowing more about the effects of dementia detonated the procedure of working with the originals photos, at the end her memories are lost and there’s no way to bring them back.

When my family sees the photos, they feel a sigh of letting go, the images are deep and they even understand my intention with them. I think that for us it is a way of not asking for more explanations, just being in the moment, letting go and moving forward. 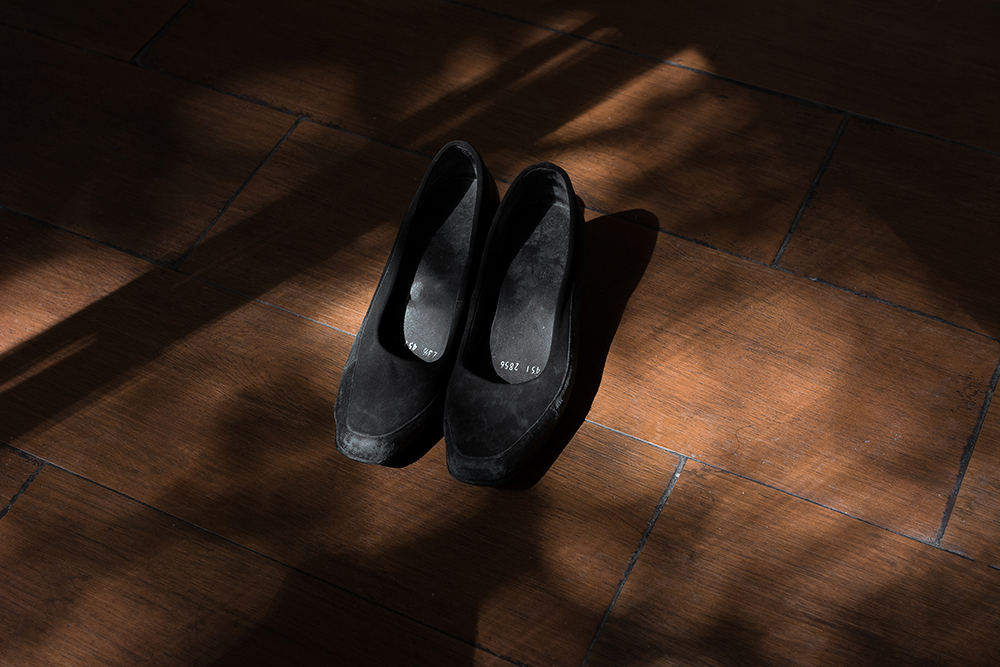 DG: Over the past year, you have exhibited this work in multiple places. Do you feel this exposure helps promote the #endalz cause? In what ways?

KG: Trying to get to exhibition places for me is like saying “Hi! I’m here and I’m with you” more than achievements in my career. I wanted to give a project with my photographic style, I have been told that it is different and, despite the meaning of my images, people have found a positive sense in them. Some people who have a relative with Alzheimer’s have been identified and connected, I do not know if I can provide a specific message about Alzheimer’s and dementia, but at least I have been able to generate a connection with the people who are in this fight.

Recently the series has been in the third place of POY Latam in the category “the strength of women.” To face Alzheimer’s and dementia, patience, strength, and love are needed. I think the places were my project can be exhibit can provide a message of support. 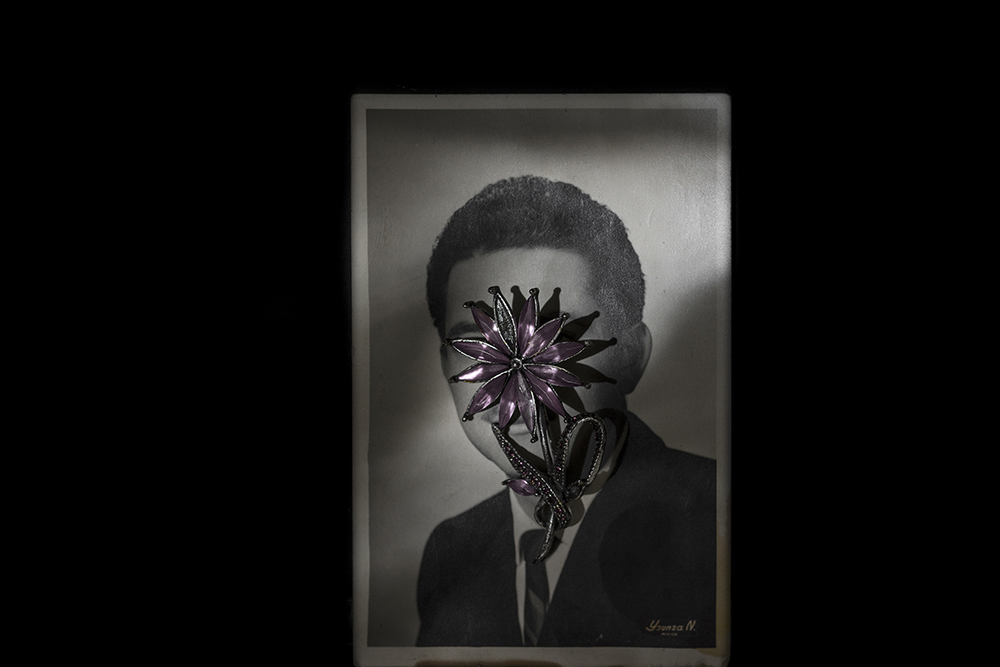 Karla Guerrero (Mexico City, 1993) is a photographer based in Mexico City. She received her Bachelor of Communication from Universidad de la Comunicación and her diplomas in Photography from Fundación Pedro Meyer and Academia de Artes Visuales. Her work is highly influenced by phenomenological states related to the poetic’s space and events between the object-subject. The limits within public and private stimulate her to create imaginary scenarios in which she preserves the natural essence of things such as natural light and still life, depicting the causality of an environment. Her work has been exhibited across Europe and Mexico. She was the winner of the National Award of Mexico at the 2018 Sony World Photography Awards, and was a finalist at the Lucie Foundation Scholarship Programs: Photo Made 2018. Her series “Berta” is part of the collective archive The family of no man by Cosmos Arles Books.

Karla is the founder and curator of Femgrafia, a space for promotion and research on the photographic work of Ibero-American women.  The platform aims to create new spaces that serve as meeting points, generate discussion and contribute to education about contemporary photography made by women. 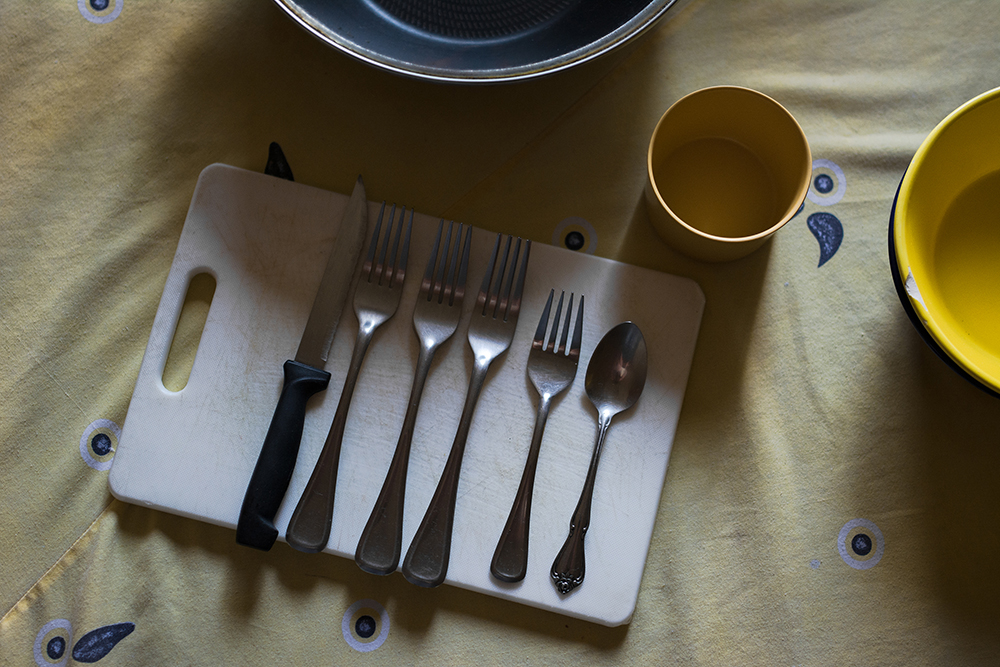 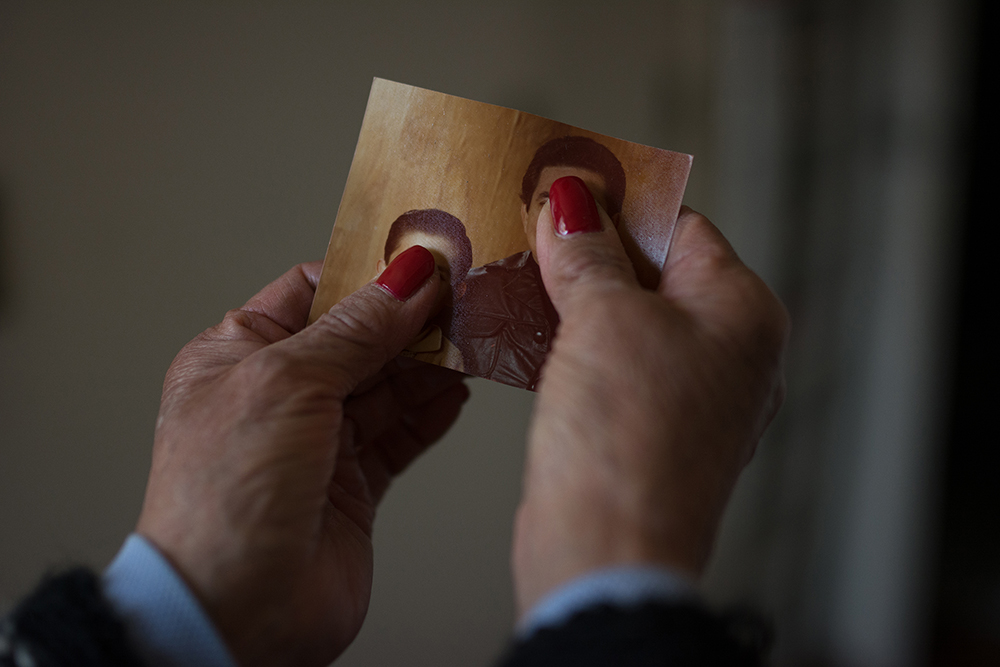 ©Karla Guerrero, Against Myself 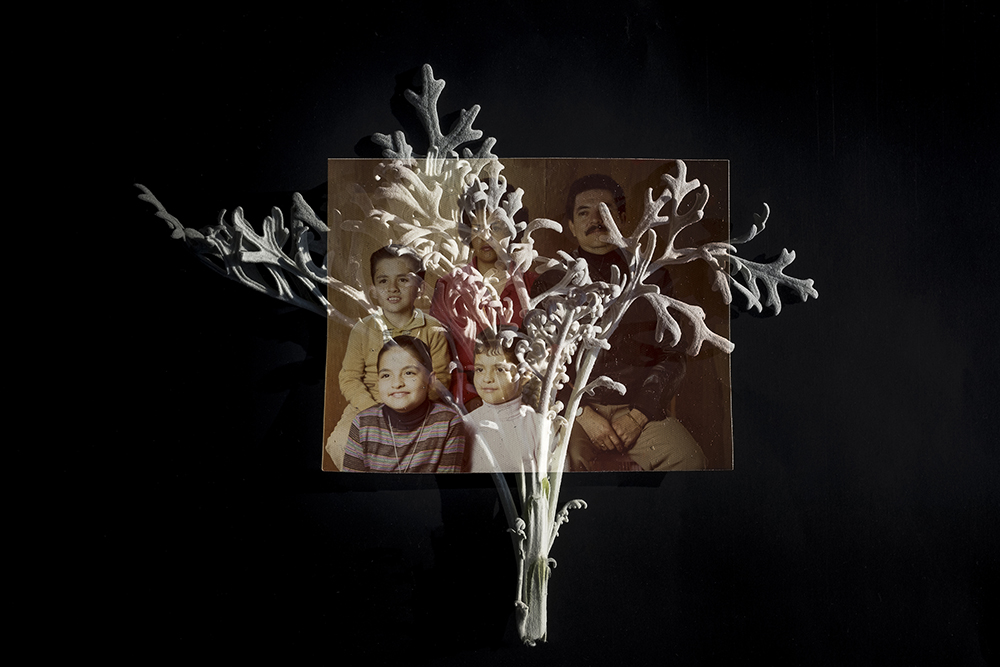 ©Karla Guerrero, My Husband and the Kids 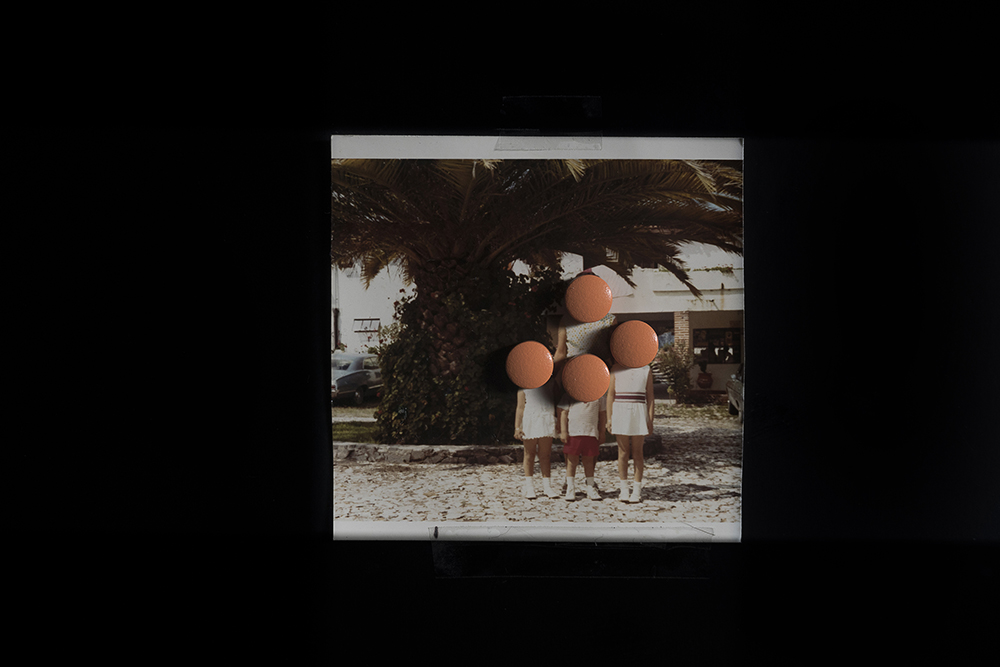 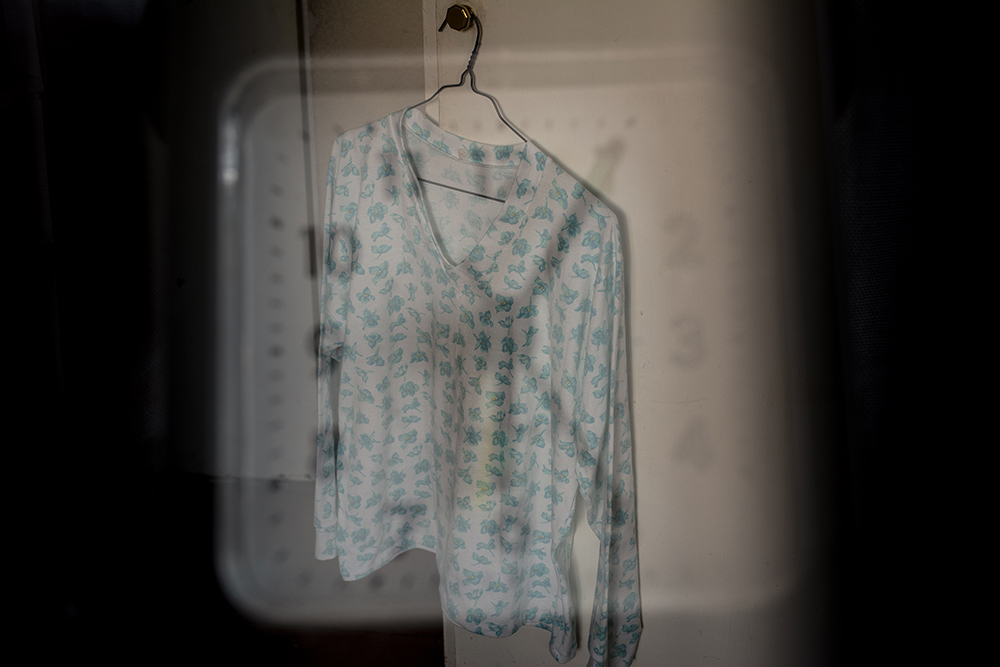 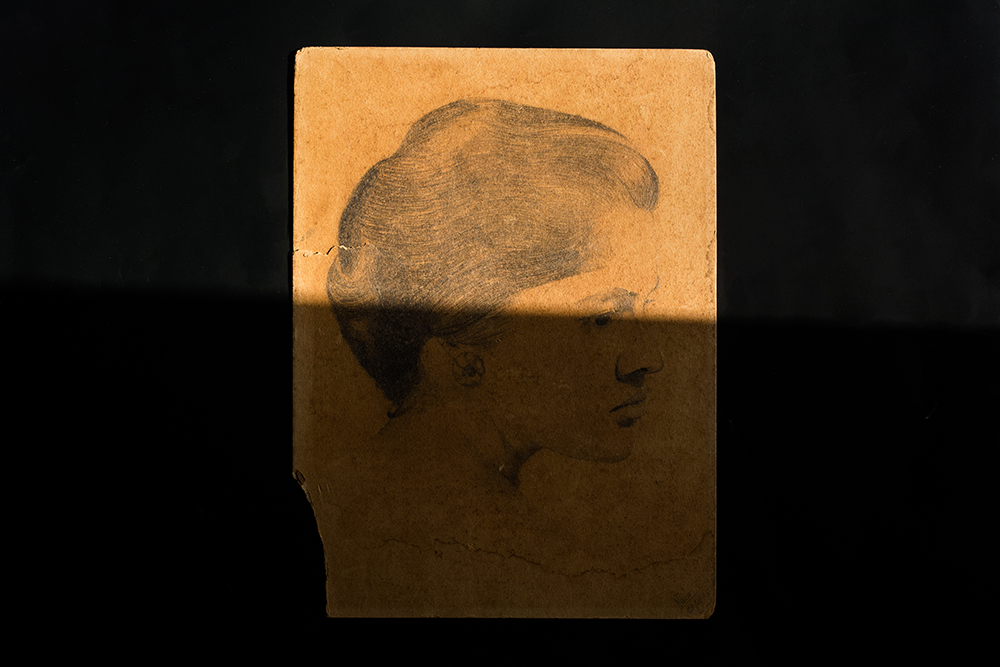 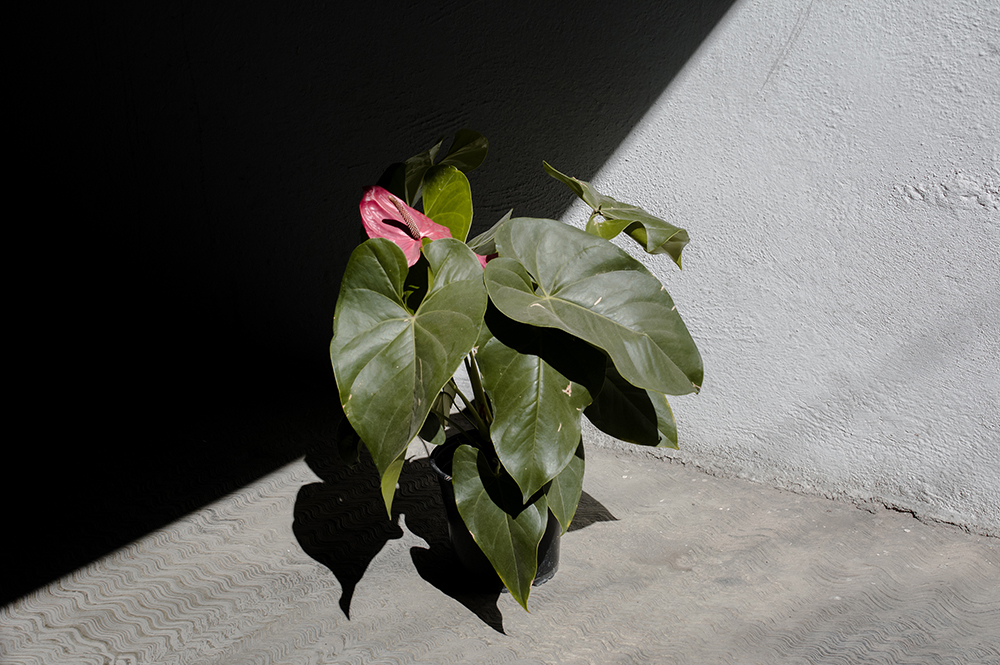