Shannon Davis: I Got Somethin’ To Show You by Aline SmithsonSeptember 4, 2019 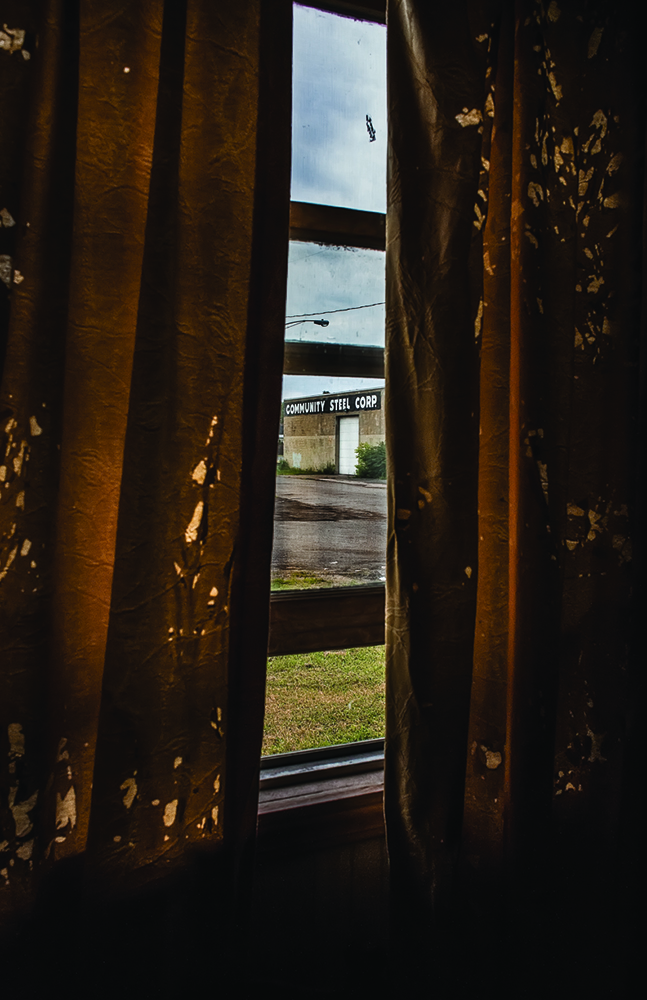 Shannon Davis is a photographer, design director and has been an adjunct professor at the Savannah College or Art and Design since 2008. She currently has an exhibition, I’ve Got Somethin’ to Show You, Images from The Old First Ward, at the Buffalo History Museum, in Buffalo, NY, running since June 19th and will close September 15th.

Part of the Rust Belt, the City of Buffalo has struggled to recover from the decline of the city’s most important industries, having lost over half of its population since 1950. “I Got Somethin’ To Show You captures, through Davis’s photography, the environment and people of Buffalo’s Old First Ward Community through vivid photography, emphasizing how the Old First Ward has maintained a level of pride and resilience despite economic hardships throughout the 20th Century.”

Shannon Davis began her career as a creative director, launching the channel Turner Classic Movies (TCM). Her immersion into these classic film libraries as well as her home town of Buffalo, N.Y. have shaped her aesthetic and approach to photography. With an instinctive pull toward the common man, the forgotten and overlooked, all of her photographic series take on a cinematic approach, exploring a sense of identity and place. 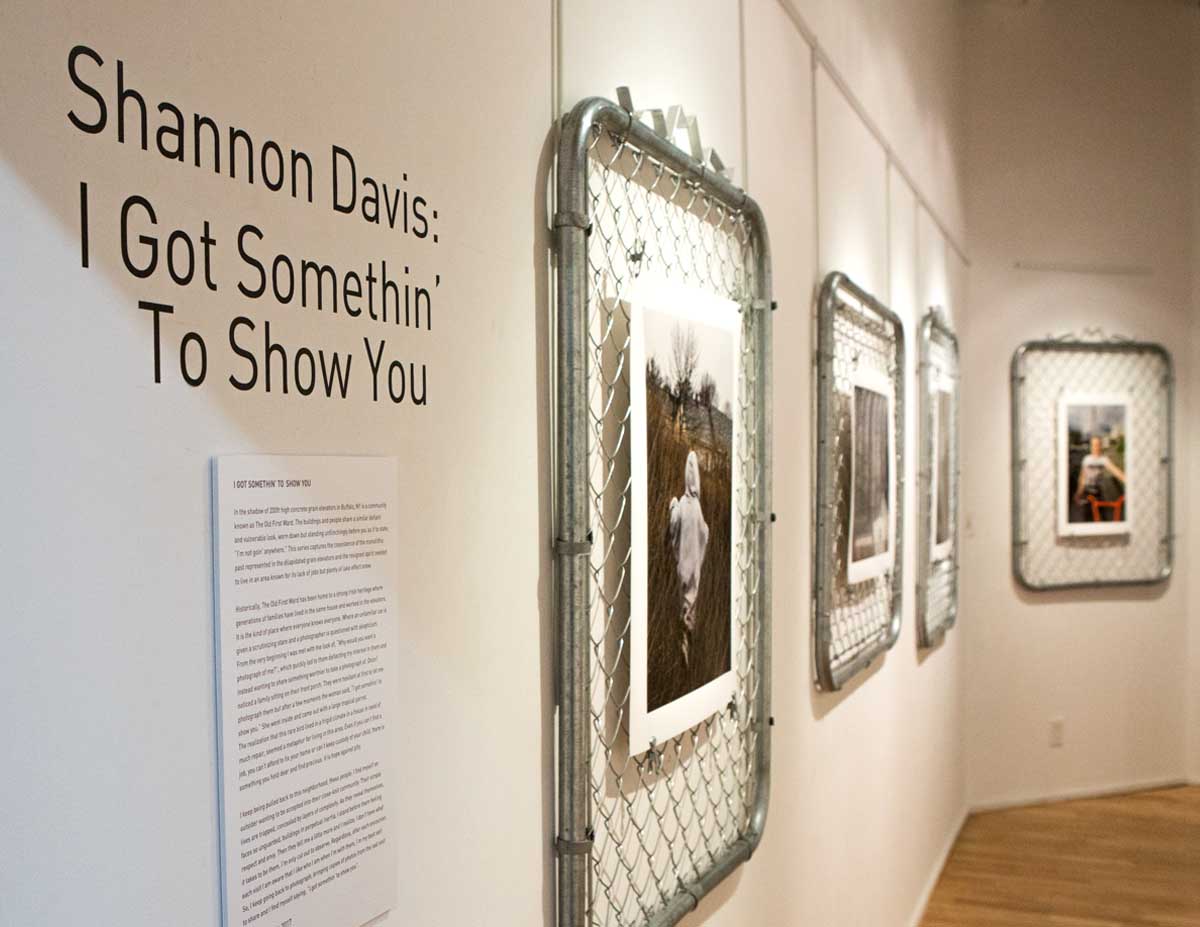 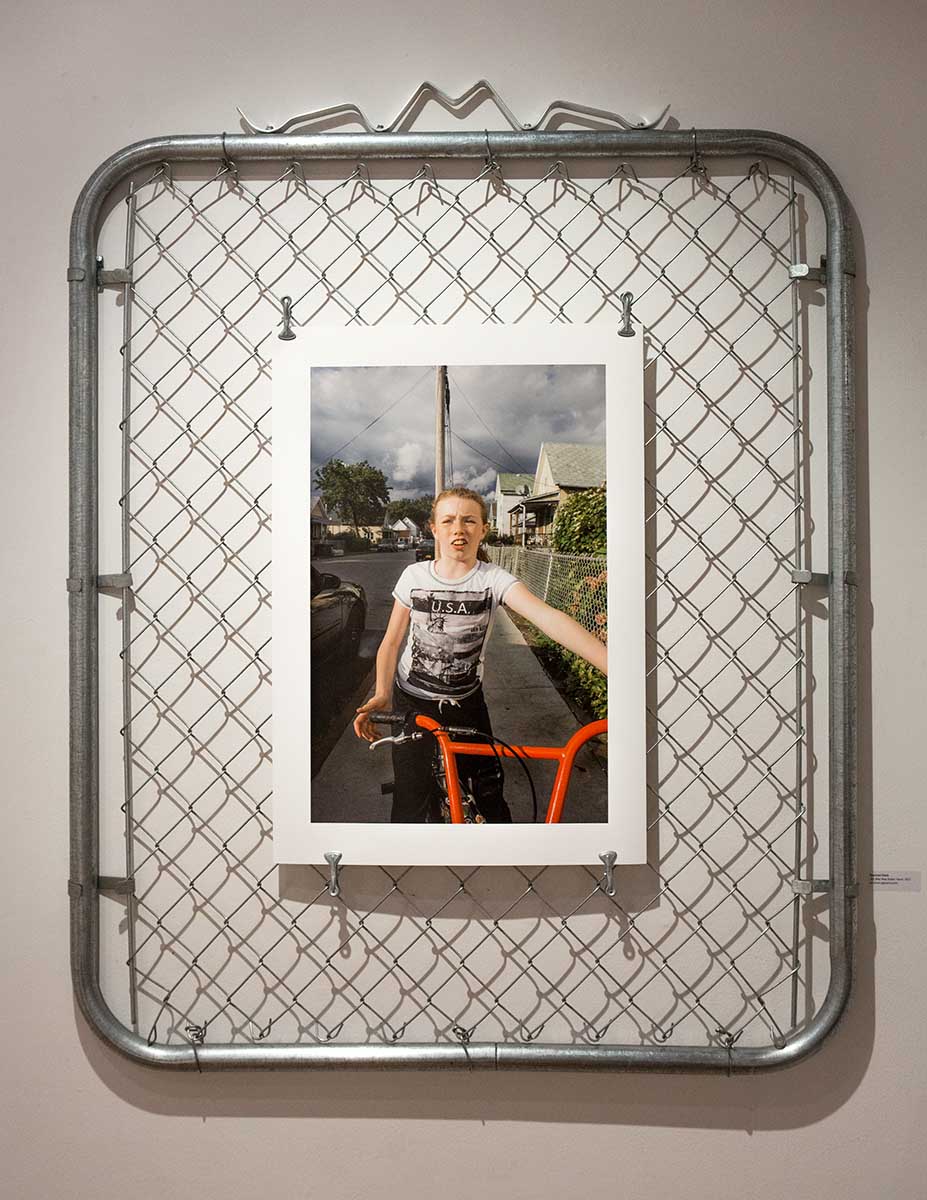 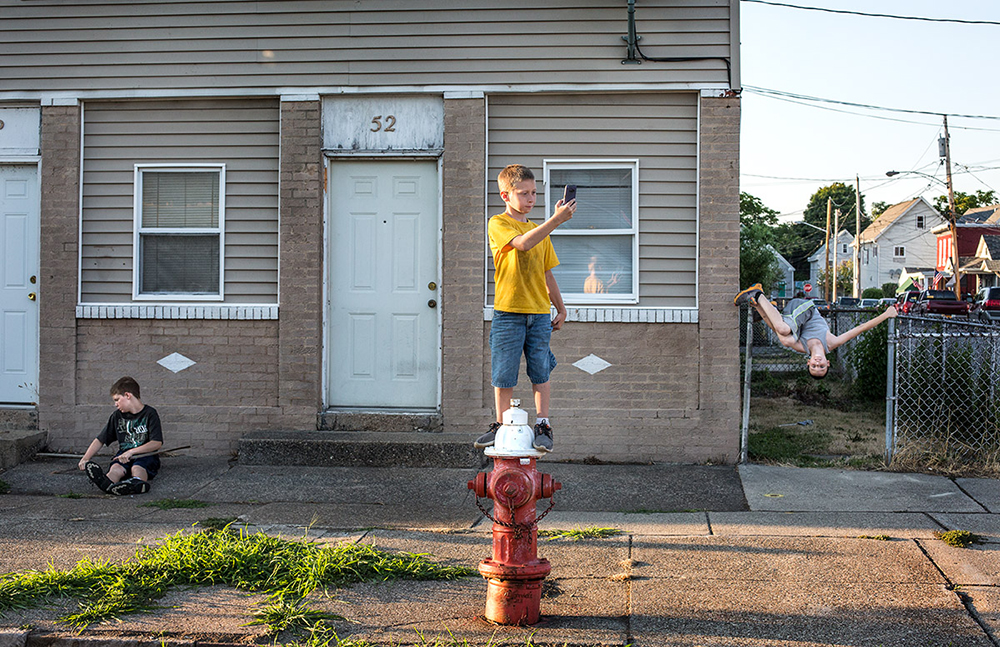 ©Shannon Davis, Do whatever we want

I Got Somethin’ to Show You

In the shadow of 200ft high concrete grain elevators in Buffalo, NY is a community known as The Old First Ward. The buildings and people share a similar defiant and vulnerable look, worn down but standing unflinchingly before you as if to state, “I’m not goin’ anywhere.” This series captures the coexistence of the monolithic past represented in the dilapidated grain elevators and the resigned spirit needed to live in an area known for its lack of jobs but plenty of lake effect snow. The neighborhoods wealth is more than architectural backdrop. Their acumen is the ability to find treasure in a crevice, luck in spite of misfortune. This project is the unexplored ethos of an often mischaracterized demographic. The portraits of faces unguarded, buildings in perpetual inertia express my veneration for this urban hamlet. 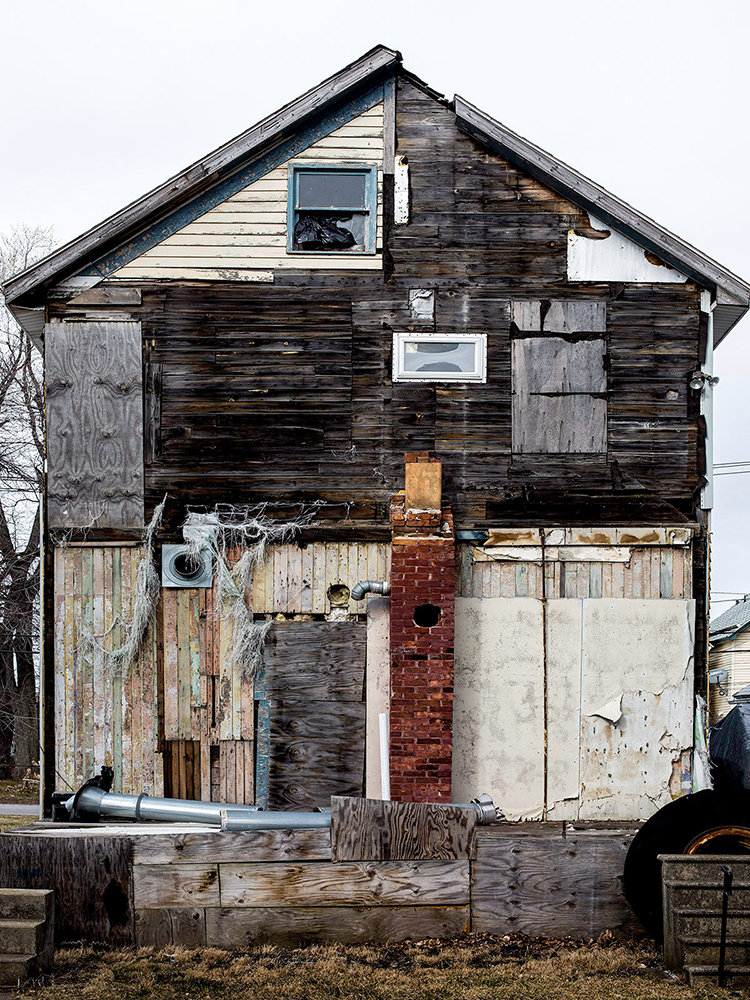 ©Shannon Davis, Gonna fix it up

Historically, The Old First Ward has been home to a strong Irish heritage where generations of families have lived in the same house and worked in the elevators. It is the kind of place where everyone knows everyone. Where an unfamiliar car is given a scrutinizing stare and a photographer is questioned with skepticism. From the very beginning I was met with the look of, “Why would you want a photograph of me?”, which quickly led to them deflecting my interest in them and instead wanting to share something more worthy to take a photograph of. Once I noticed a family sitting on their front porch. They were hesitant at first to let me photograph them but after a few moments the woman said, “I got somethin’ to show you.” She went inside and came out with a large tropical parrot. The realization that this rare bird lived in a frigid climate in a house in need of much repair, seemed a metaphor for living in this area. Even if you can’t find a job, you can’t afford to fix your home or can’t keep custody of your child, there is something you hold dear and find precious. It is hope against pity. 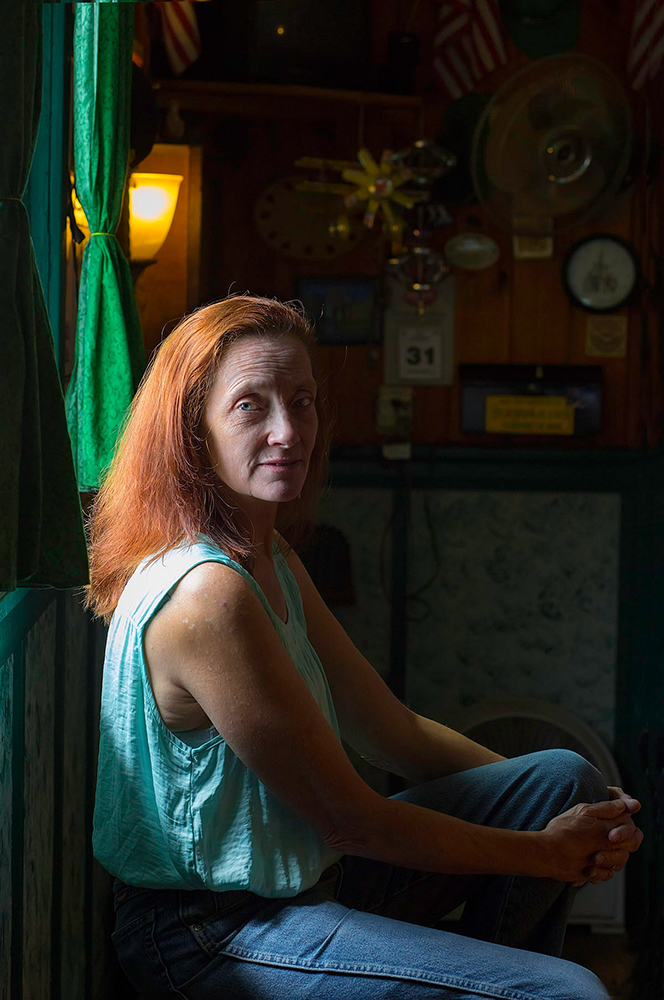 ©Shannon Davis, Home is in the Tavern

I keep being pulled back to this neighborhood, these people. I find myself an outsider wanting to be accepted into their close-knit community. Their simple lives are trapped, concealed by layers of complexity. As they reveal themselves I stand before them feeling respect. Regardless, after each encounter, each visit I am aware that I like who I am when I’m with them, I’m my best self. So, I keep going back to photograph, bringing copies of photos from the last visit to share and I find myself saying, “I got somethin’ to show you.” 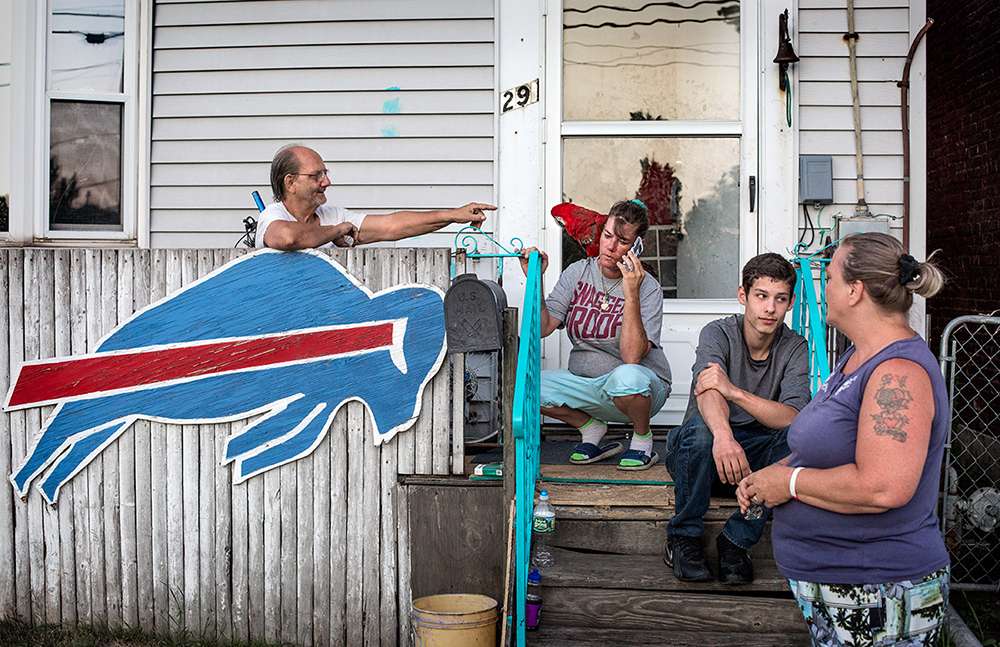 ©Shannon Davis, I got somethin’ 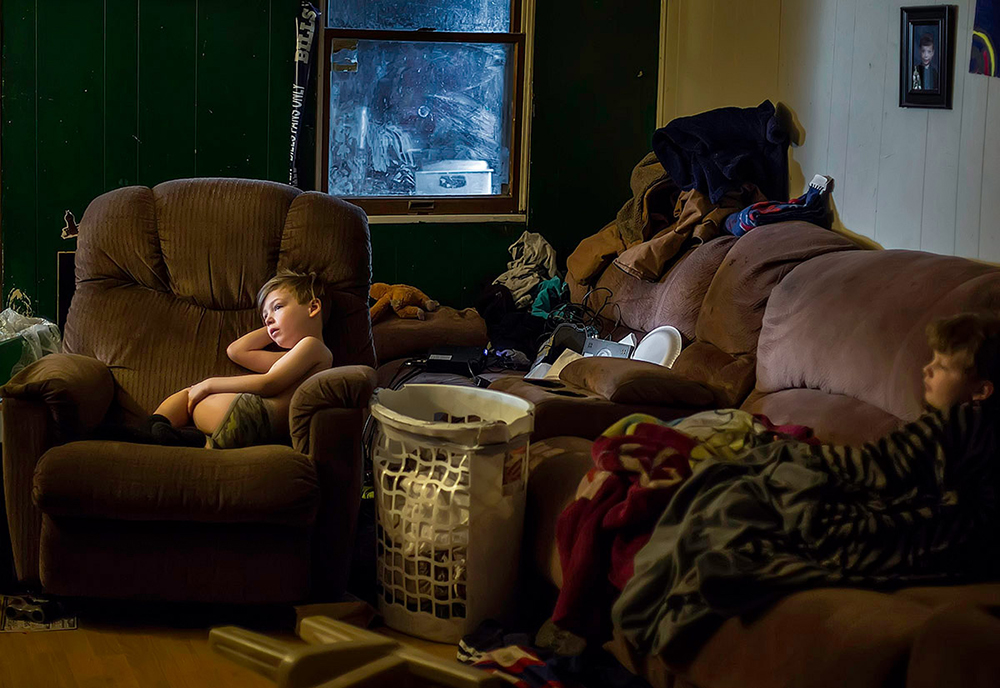 ©Shannon Davis, I used to be bad but now I’m good 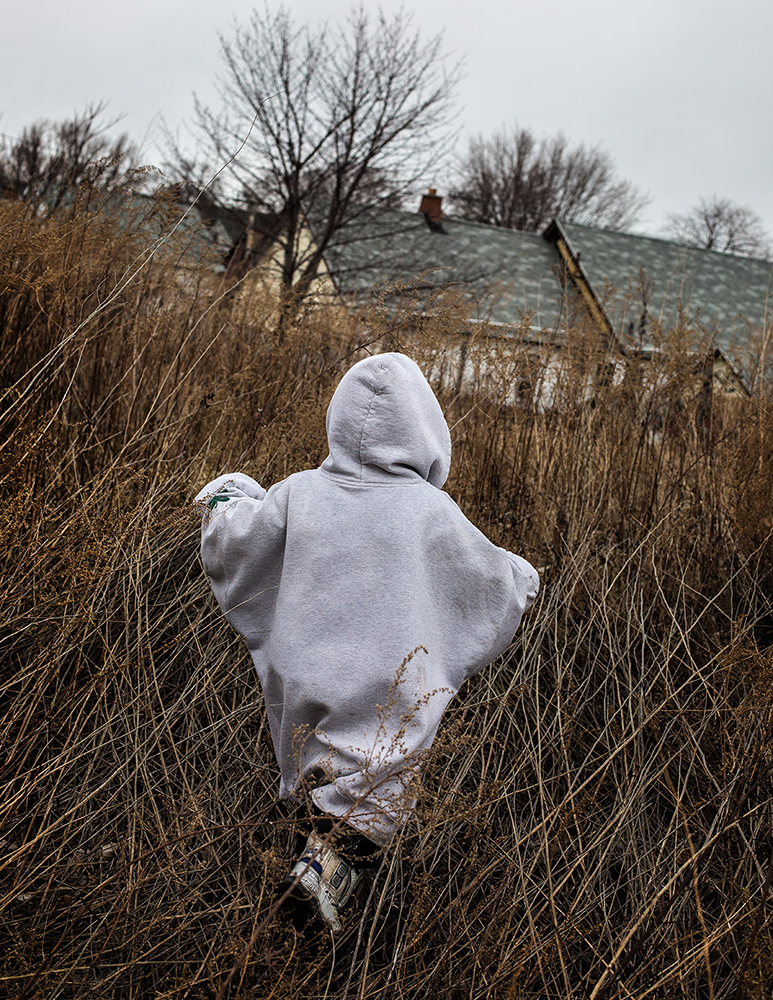 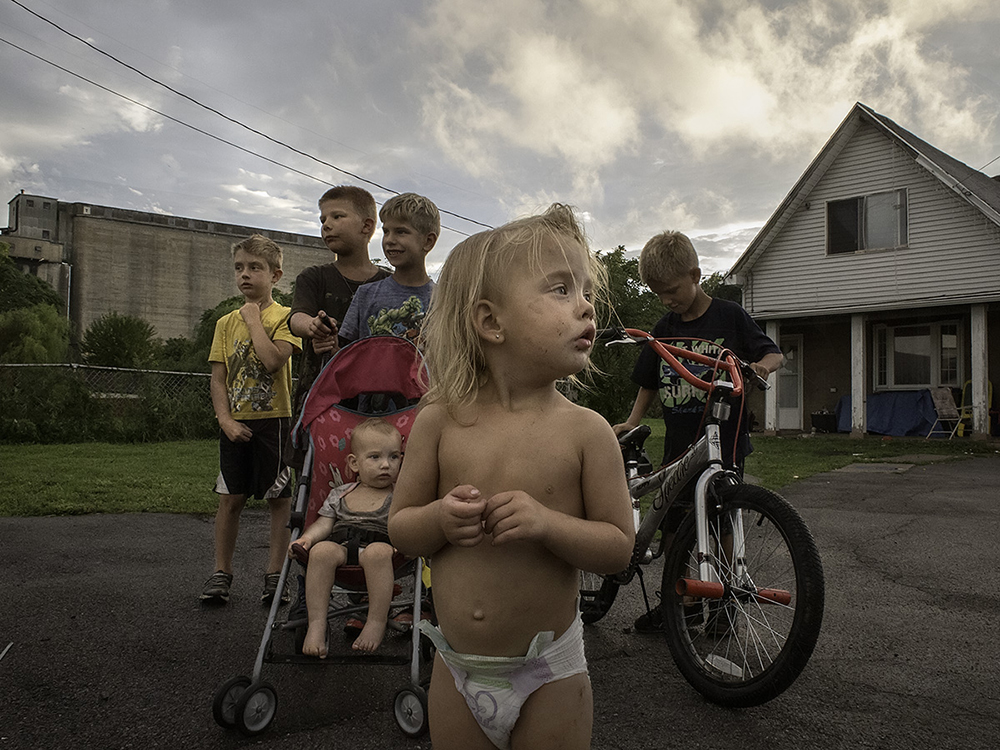 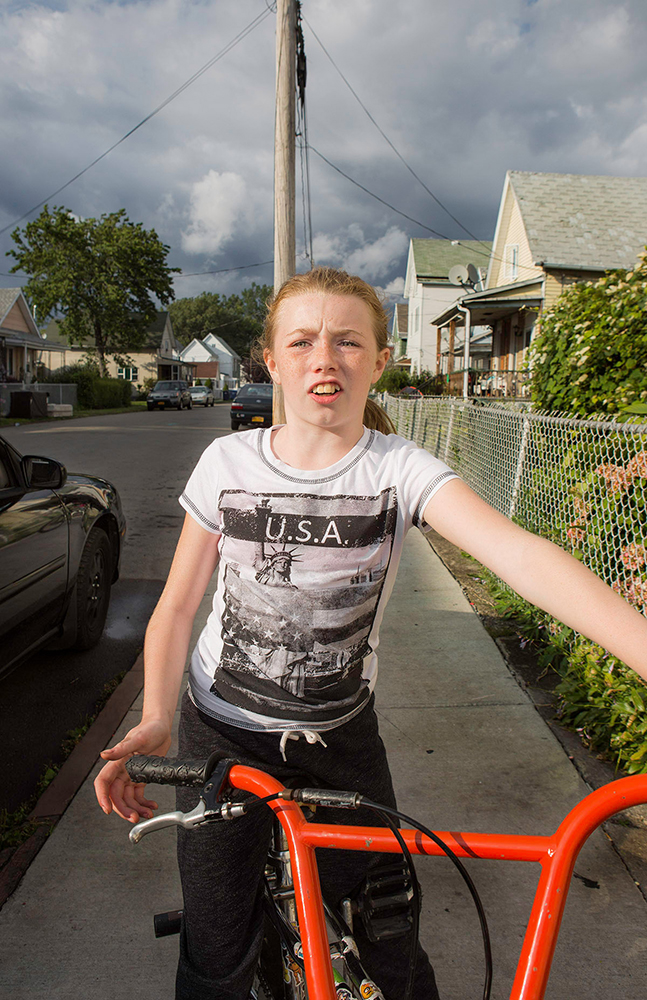 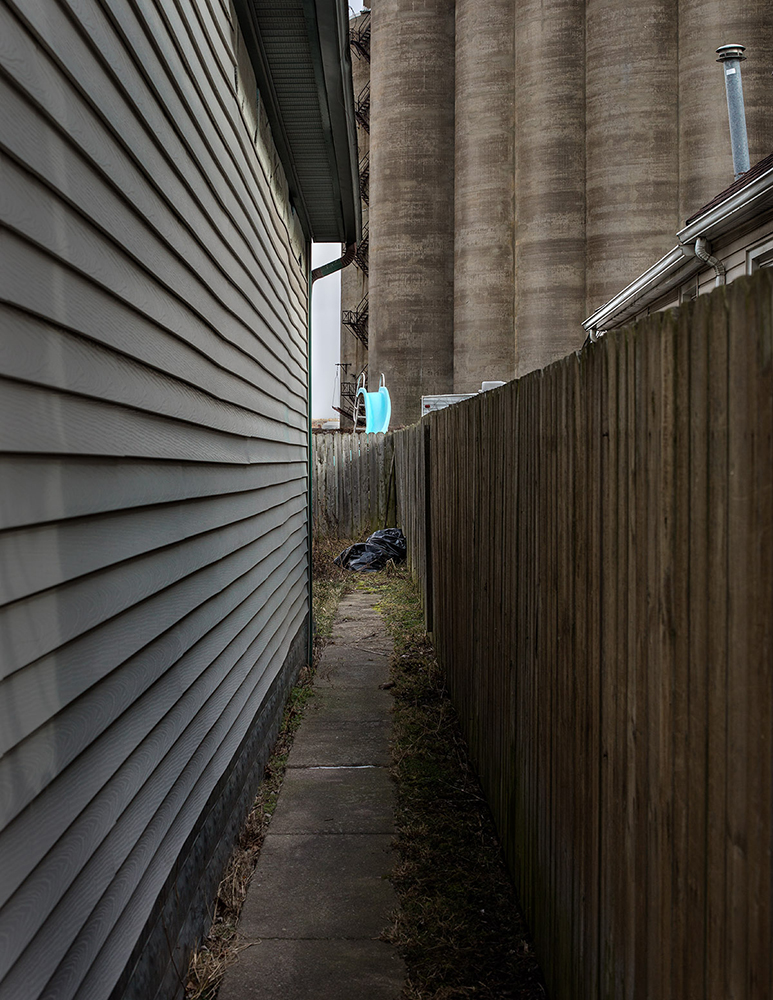 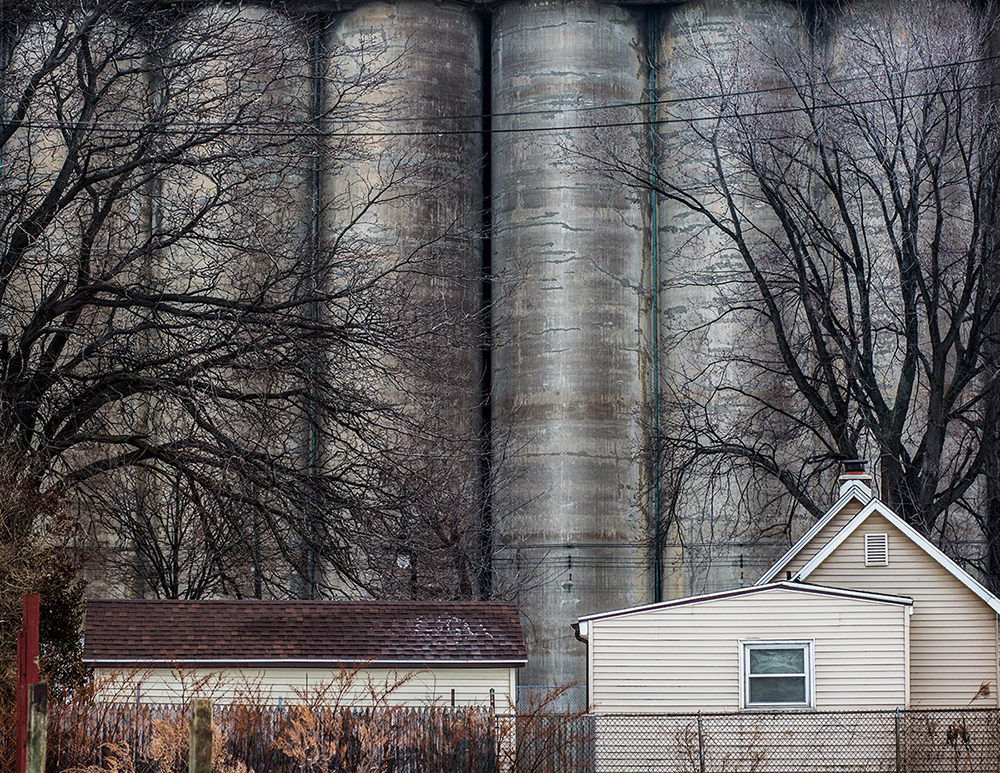 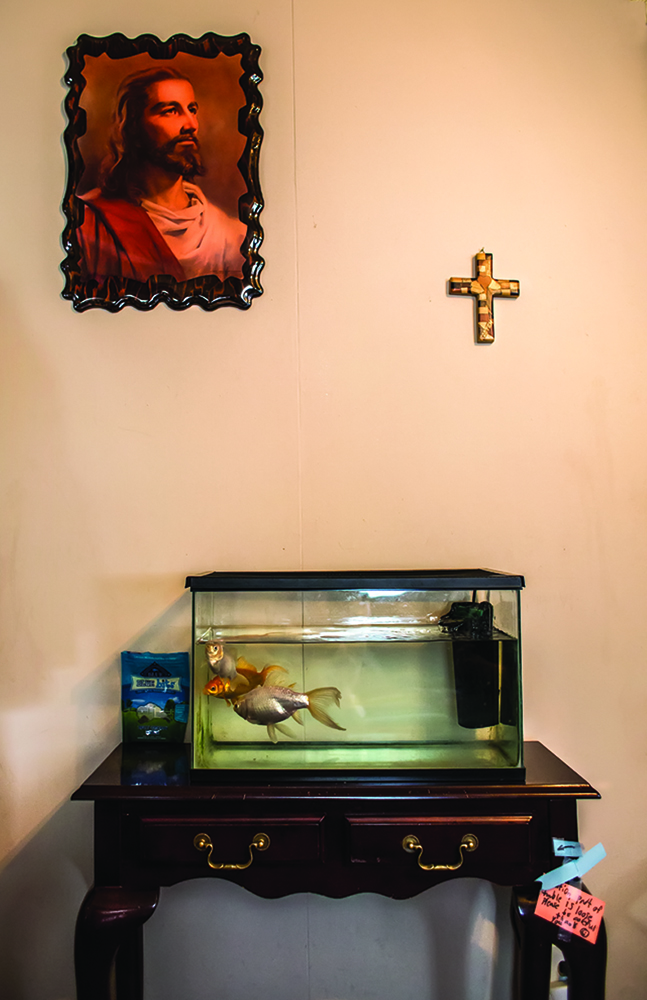 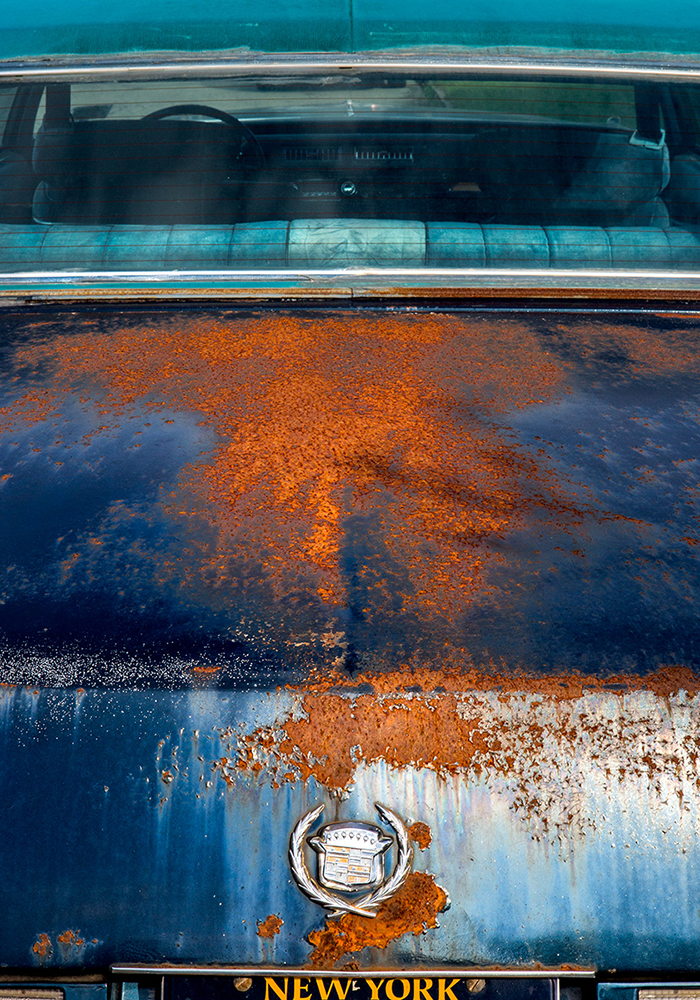 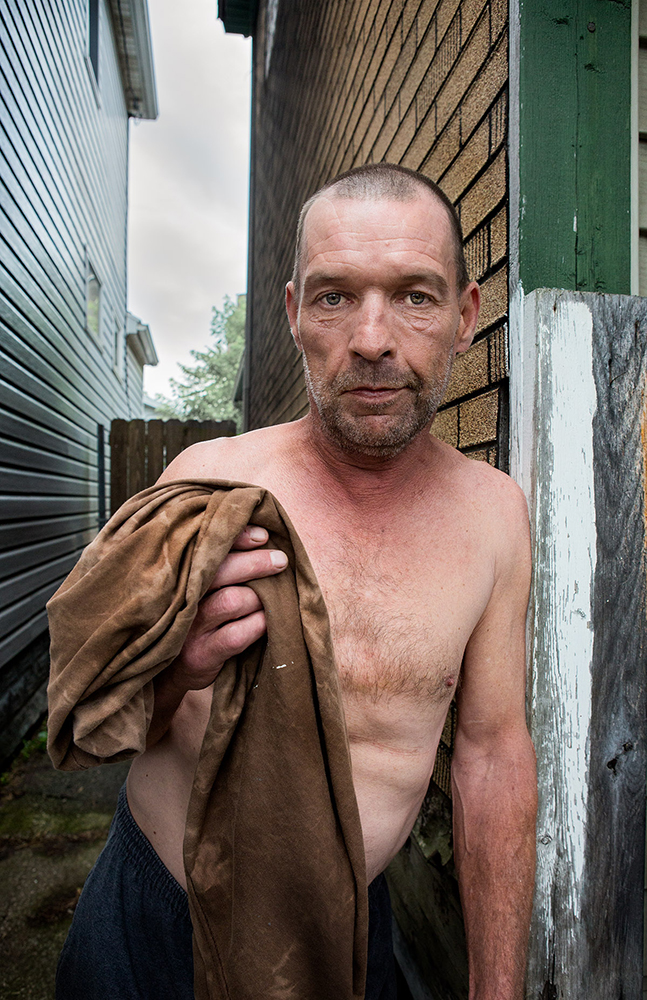 ©Shannon Davis, Shirt off my back 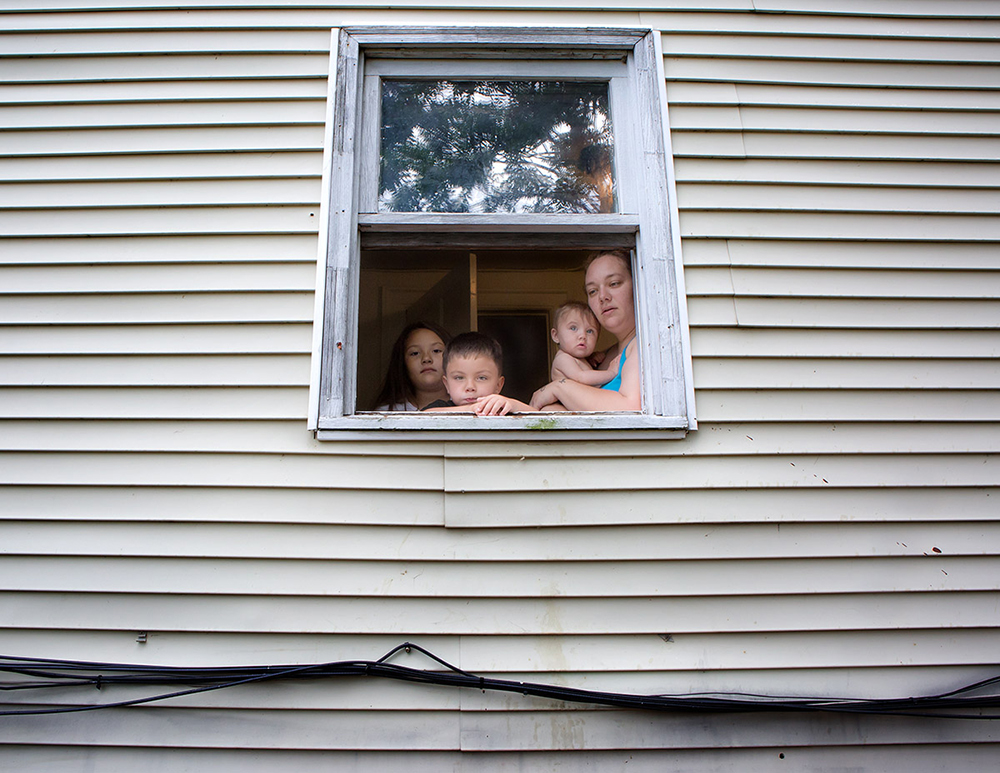