Jaulas // Cages: Alanna Styer: A Prairie, Not A Promise by Erick GuzmanSeptember 29, 2020 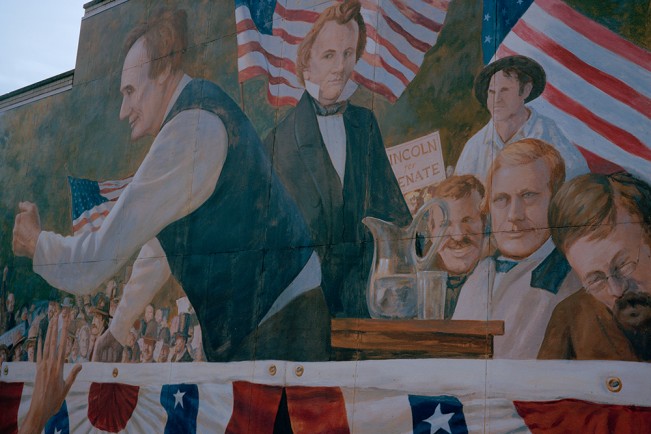 In a show of solidarity for those who are being held captive against their will, oppressed, and colonized by this authoritarian regime “Jaulas // Cages” is a week celebrating emerging Latinx Image-makers who I am interviewing to gain their insight and voice on the current danger it is to be outside the white patriarchal standard the current US government is striving for. This week is dedicated to all immigrants, and to those who do work or are currently in a jaula//cage. A cage being anything from physical, emotional, mental. These “Jaulas” are struggles we ALL have been within at points in our life: An enclosure of gender, a cage of identity, the pens of oppression, a box to be tokenized by.

Alanna Styer (b.1993 St. Louis, MO) is a documentary artist who uses photography, book-making, and moving images to engage with omitted histories and cultural change. She uses these mediums to tell personal stories and histories of trauma, myth, and tradition as they relate to land and geography.

Styer earned her BFA in photography from Watkins College of Art, Design and Film (2015) and her MFA in Experimental and Documentary arts from Duke University (2020). Her current project, A Prairie, Not a Promise is an examination of the history, culture and myth of the Midwestern United States. 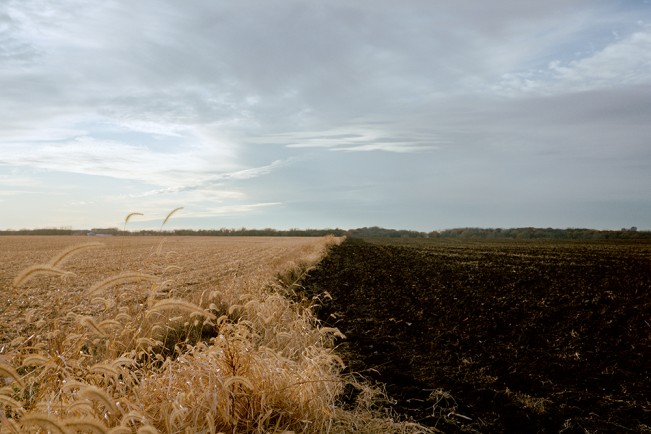 A Prairie, Not a Promise

A Prairie, Not a Promise is an examination of the history and myths of the Midwestern United States. This project challenges the assumed banality and purity of the region.

When using the term Heartland, one doesn’t necessarily think of the geographic boundaries of the  Midwest, rather it implies an idealized place where people are kind, and work hard. It denotes ideas of  whiteness, the middle class, and those striving for “the American dream”. This idealized place may not actually exist anywhere but in our minds but the strength of its imagined existence is what has  constructed a mass apathy towards the Midwest and stifled critical investigation of its lore and history.

So dominant is the Heartland myth, that our legends and history books support these ideas of hard work and kindness over the reality. The myth leaves out the genocide and forced removal of Native  people that predicated the wagon trains and prairie towns; that Sacagawea was not helping Lewis &  Clark out of pure kindness but that she was enslaved; that within the Midwest are some of the most  segregated cities in the United States, some of which were explicitly built to be white utopias. The  Heartland myth supports the idea that if you work hard and follow the rules you can achieve the “American Dream” but it does not acknowledge the mass abuse of workers or the corporate overreach  in farming and manufacturing that has plagued the region. The Midwest reflects the greater history of the United States, yet it is left out of many history books and photographic records; to ignore what has  happened here only supports the assumption that nothing has happened here.

In this sense the Heartland Myth and the history created by it, are a cage preventing us from knowing  the truth and learning from the past. It is a cage camouflaged by lush green fields, open skies, smiling  neighbors, and gentle histories. 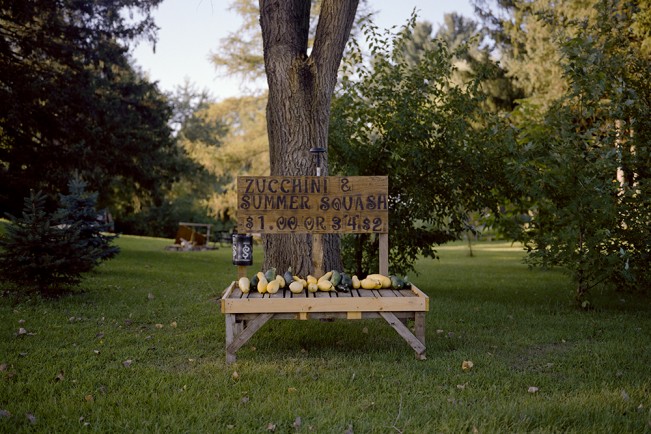 Cages make me think of metal bars and gates. Jaulas connects my mind to the United States practice of holding migrants in custody. It reminds me of the current caging of people as well as the long history of this practice. It reminds me of Japanese internment, of the missions, of incarceration and enslavement. All of this required metal shackles, cages, jaulas be placed around another human. 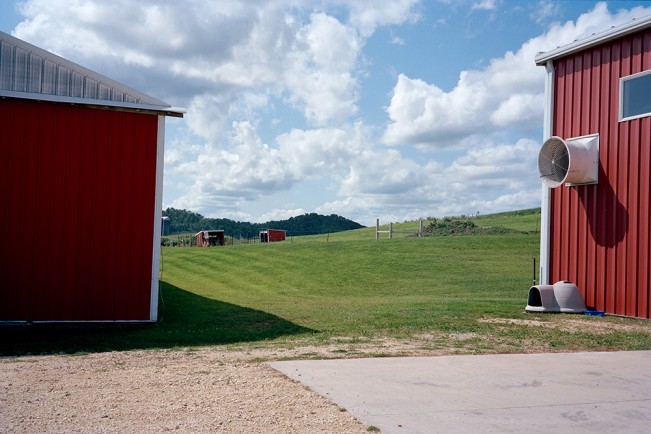 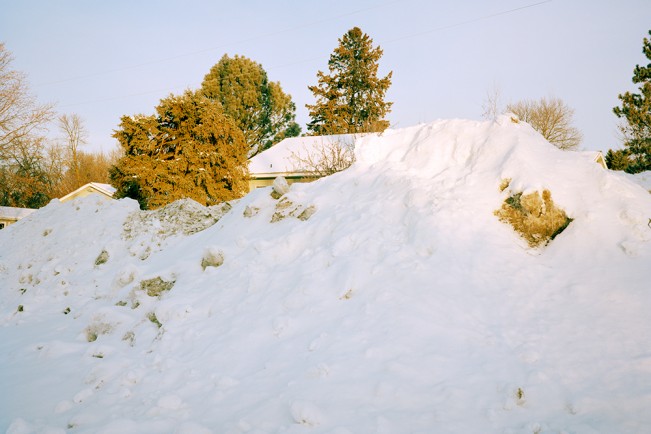 I was raised in St. Louis, MO going to public schools where  I was often the only latinx person in my classroom, but never the only minority. I went to schools that were not dominantly white, including the staff and faculty. This environment was when I first began to notice that I didn’t easily fit into the caste system that the United States created through race.

In highschool I leaned into my art and history classes as I struggled with science and math. From there I naturally progressed into art school to avoid standardized testing and having to continue with any more STEM. Once immersed in a community of artists I realized that art is a tool for communication, storytelling and connection. It was also a way for me to explore my identity and surroundings. 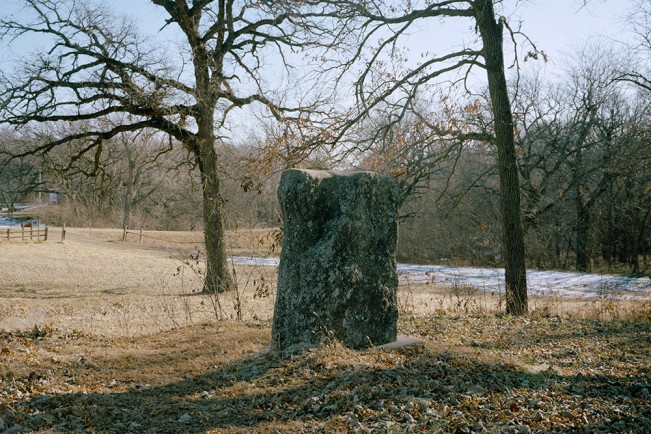 From your upbringing and work, what does Latinidad, mean to you? Does being Latinx inform for work?

Latinidad is not a word I was familiar with until recently. Similarly, Latinx was not a label I used until later in life as well. Growing up I would tell people I was Hispanic because this is what was told to me. When people asked “what are you?” I’d list the European countries I was told my family immigrated from. I eventually learned that my family immigrated from Mexico and through colonization and the desire to place themselves as closely to the white caste as possible they began to identify themselves as Hispanic, Spanish and white. When identifying myself, I now  use the term Chicana to honor my Mexican ancestry and those that were part of the Chicano movement. This is also a reminder to myself that to identify in this way I must be part of the community, work for the freedom of all peoples, and work to relearn my culture.

I still fear when I call myself Chicana or Latina that someone who was raised more steeped in the culture will reject me. But at what point can someone no longer claim a connection to something that has been systematically taken away? Is it when they no longer speak the language because English was the only language allowed to be spoken in the schools? Or when they no longer know their recipes because they were unable to know their grandparents? When they were not taught cultural practices as a child because they were isolated from their cultural community? When their features blend in with those of the colonizers and no longer are a visual representation of their ancestors? At what point does one lose their culture and can it ever be regained? These are the questions that run through my head in the moments before I answer their questions of  “what are you? Where are you from?”

In my journey of reclaiming my identity I really struggled with these terms because they are exclusionary. Not only of people disconnected from their culture but those who are multicultural. I would like Latinidad to have more meaning, to recognize the full diaspora, but it does not. And any label given to us through colonialism will remain unsatisfactory and divisive.

My identity is central to my work as it is being made by me and from my perspective. I have not done a project explicitly about myself but much of my work investigates omitted histories, a topic deeply personal due to the family history that was not taught to me as a child. 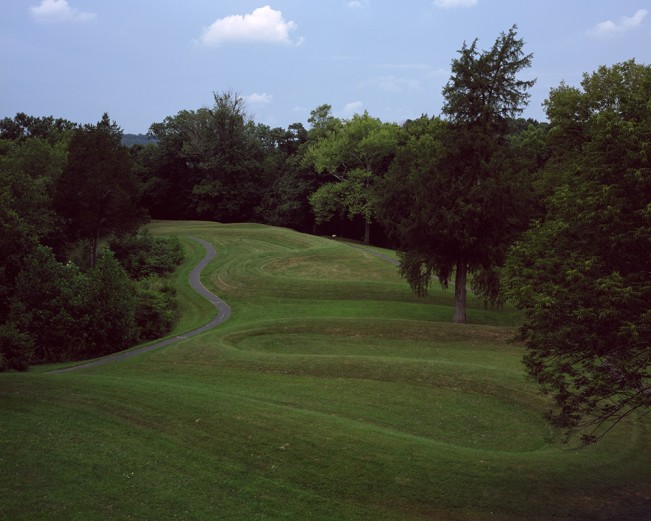 This is constantly changing. When I first took up photography it was because of the work of Diane Arbus and Gordon Parks. I then fell in love with the textual relationships in the work of Lorna Simpson. My project Where it Happened, was heavily influenced by Deborah Luster’s Tooth for an Eye and Tomiko Jones has been my latest inspiration to get my photographs off the walls and explore their presentation.

Going beyond how I make work and what it looks like, I’m inspired by the opportunity to have a good conversation. To help create a moment of realization for someone as they discover something new about themselves or the world. Hearing someone say “I’ve never thought of that” sends chills up my arm; especially if it’s me. 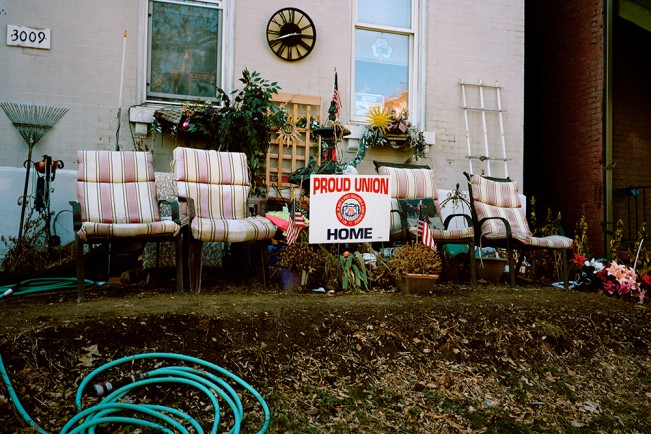 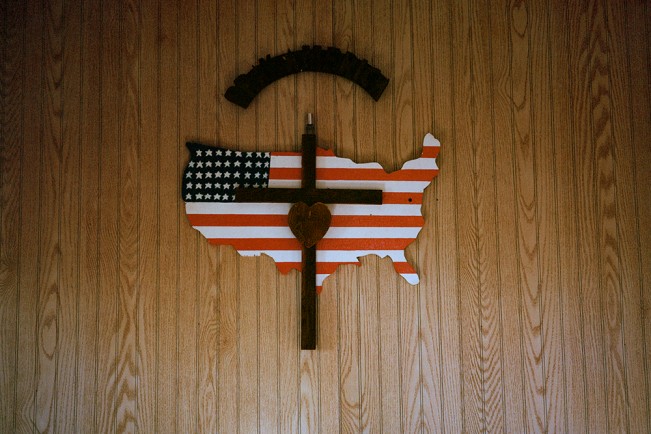 In your statement, you describe the false narrative of history, colonial genocide, and whiteness. Is the “American Dream” a fallacy for you? Do you think this forced history is repeating?

Of course it is! Any dream built upon the genocide and opression of another person is actually a nightmare. The other side of the American Dream is pure evil enacted in an attempt to achieve supremacy. 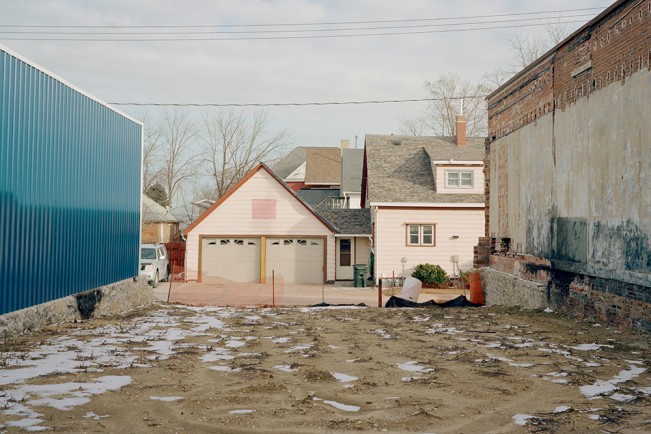 I want more transparency in the art world; especially in photography. People hold so tightly to their secrets on editing, to editors emails, to their “tricks of the trade” and ultimately it hurts us all. By not being open about our rates we make it easy to be undercut and in turn devalue our own labor. By not explaining to students the true cost of equipment and the freelance structure we set them up for failure and debt. We need to openly talk about the hiring process, juror selection, and the role of editors, so those systems can be diversified.

Bottom line: there is enough work for everyone but as long as we value ego and notoriety over community and the rigor of the stories we are telling young, Black, womxn, non binary, and poor artists will be pushed out. We need these stories and perspectives and there is room for them.

I think artists are definitely corralled by institutions. When it comes to speaking out about the harm being done by institutional policies, colonialist history, and ethical practices; adjunct and non-tenured professors are terrified to speak out against their institutions. Photographers are afraid to piss off an editor or juror that they may need to work with in the future. Navigating the current industry is like tiptoeing around tacs with cotton balls stuffed in your ears and blinders on. How limiting is that! 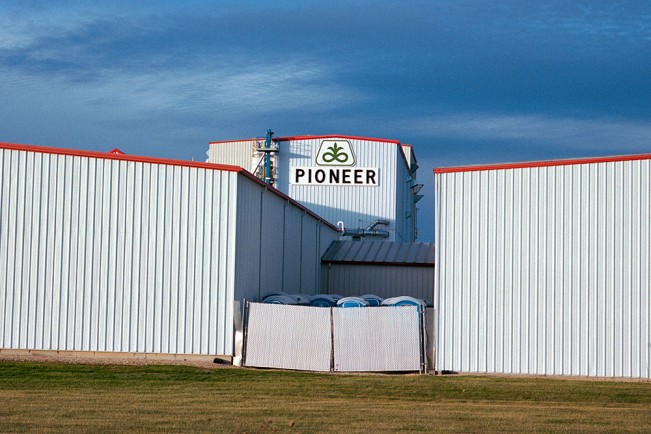 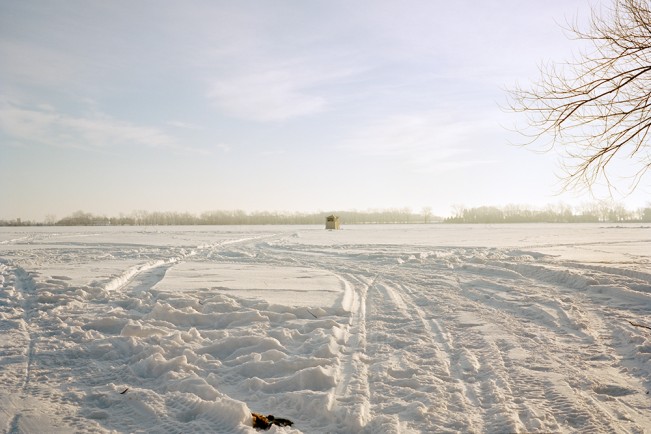 What advice would you have for up and coming latinx artists?

Claim your identity before someone else labels you. You live between two worlds and while it is a burden, it’s also a gift. Your voice, your experience is unique and valuable.

If you’re going into photography don’t let that become your identity. Use your camera as a tool, an extension of yourself; but remember it is not who you are. I’ve seen far too many people respond to human tragedy from the perspective of their camera. A camera can only do one thing; look. A photograph’s only power is to show and be seen. You hold the power to activate, to create change. 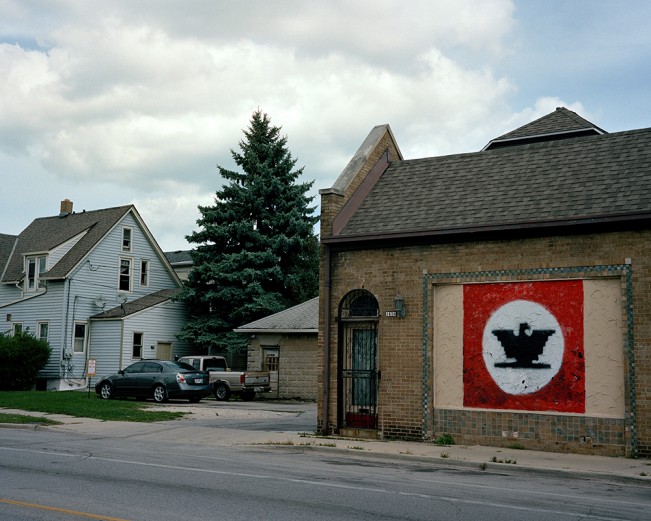 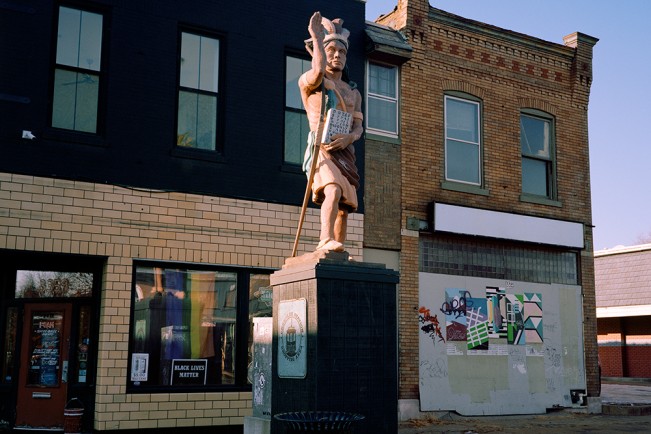 Continuing my work without concern for its publication value. I can’t stress enough how incomplete A Prairie, Not a Promise is currently. It is an unbalanced series of flat images against a wall or a computer screen because that’s what was easiest to get out to galleries and publications. But what I want to do is more physical, more disruptive and will take a while to complete. Stay tuned 😉 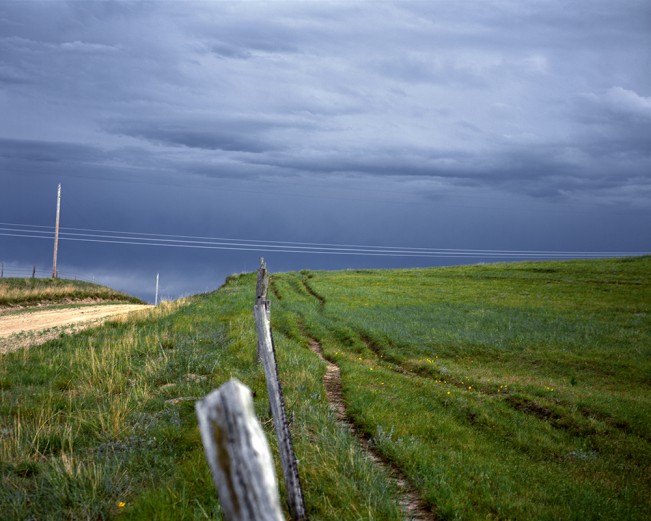