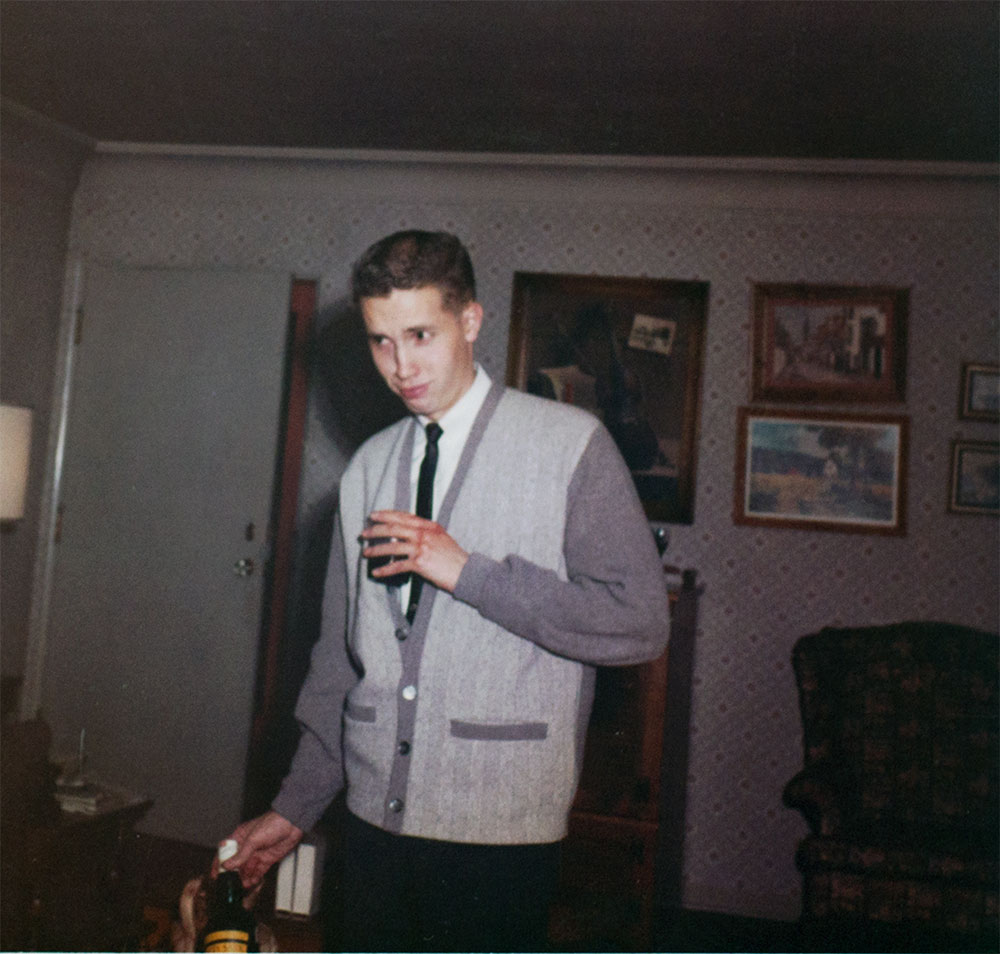 Laurie Blakeslee’s photography is a poignant look inside family, memory and loss, capturing moments of her aging parents and their consuming passions. Laurie was the first person I met when I moved to Idaho from Arkansas. Actually, we met before I moved, at a national Society for Photographic Education conference and I count myself very lucky to have her be my introduction to Boise. I thoroughly enjoy Laurie’s ability to capture the quiet complexities of family and the weight her images give to the simplest things.

Laurie Blakeslee’s photography deals with family, memory and loss. Recently she has directed her camera towards her aging parents and their consuming passions, including gardening, restoring classic cars, and collecting guns. Blakeslee was born in Renton, Washington, but has lived most of her life in Idaho where her family roots extend across four generations. Blakeslee received a BFA from Boise State University with an emphasis in painting and an MFA in photography from the University of Arizona in Tucson. She is an Associate Professor of Art at Boise State where she teaches photography and coordinates the art foundations program. Her artwork has been exhibited across the United States and most recently at Blue Sky Gallery in Portland, Oregon and at the Amundsen–Scott South Pole Station, South Pole.  IG @lblakesl 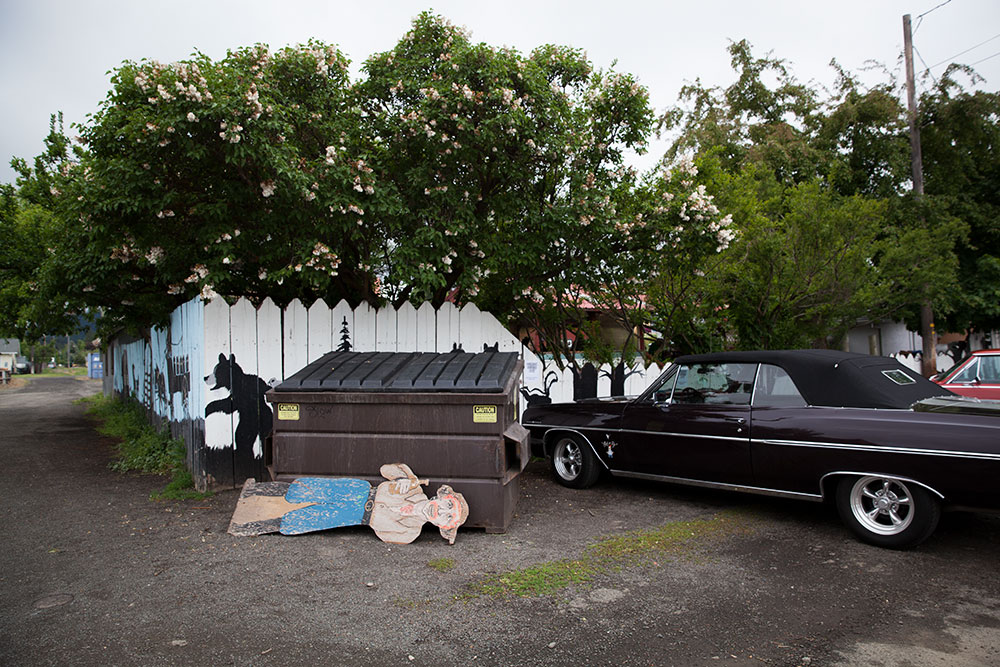 Carroll is my father’s given name. As a kid he received a lot of teasing about having a girl’s name and it didn’t help that he was a “skinny, pretty boy with dark, curly hair” (his words). His uncles and cousins gave him the nickname Butch as a joke. When he switched schools in 5th grade he filled out his own paperwork and changed his name to Guy, his dad’s name.  My dad has always been devoted to his appearance and likes to wear flashy clothing that shows off his charisma — elaborately patterned shirts and colorful suits, gold jewelry and fancy shoes along with a cocktail in hand. He refers to himself as a “bit of a dandy.” At the same time, he ascribes to the typical midcentury objects of masculinity — classic cars, guns, and good-looking women.  He prides himself on being cool, laid-back, with his own unique flair. He doesn’t seem to be concerned by the possibility of looking the least bit feminine – it doesn’t seem to disempower his sense of masculinity. The more I work on this photographic series, I see him as a rebel. In family photos, he is performer and director as he poses within the role of leading man. When I photograph him now it is difficult to capture him without his guise. As an artist and a lesbian, I have certainly experimented with defining my own (inner/outer) identity. My dad doesn’t realize how his style has inspired me. 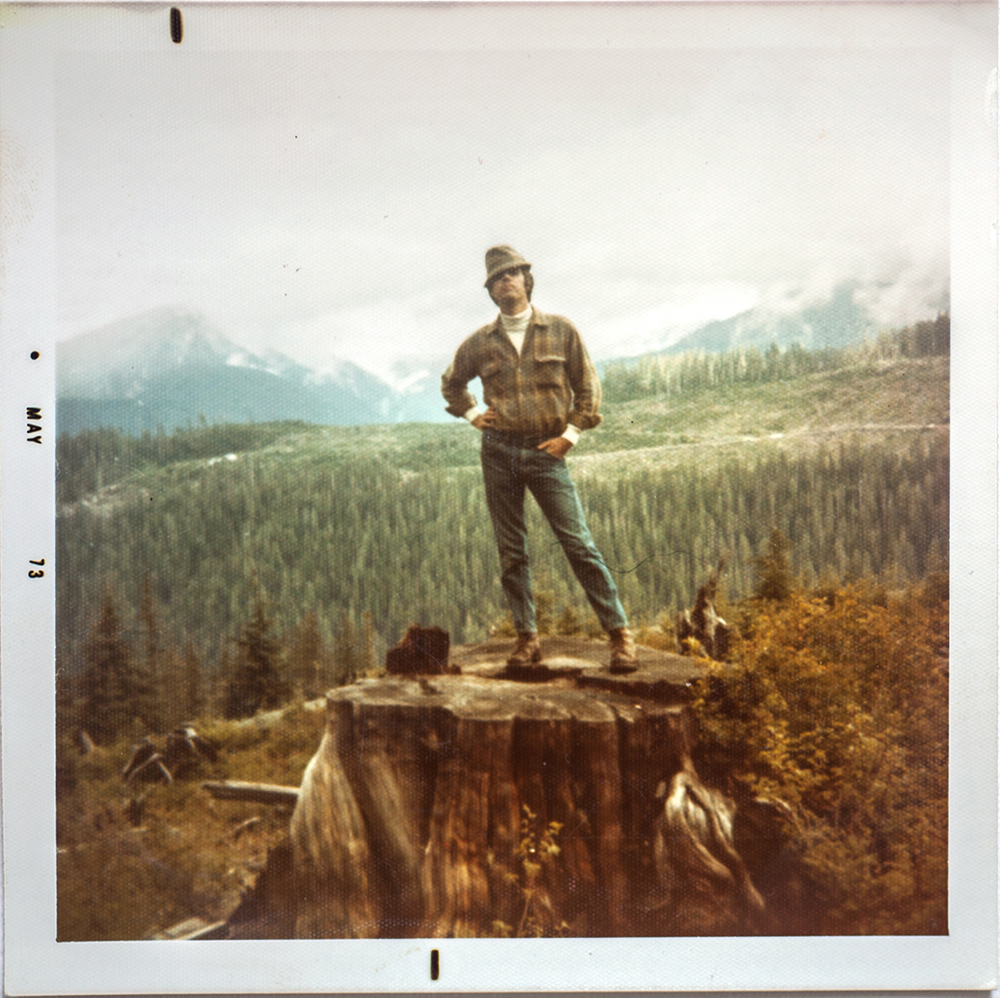 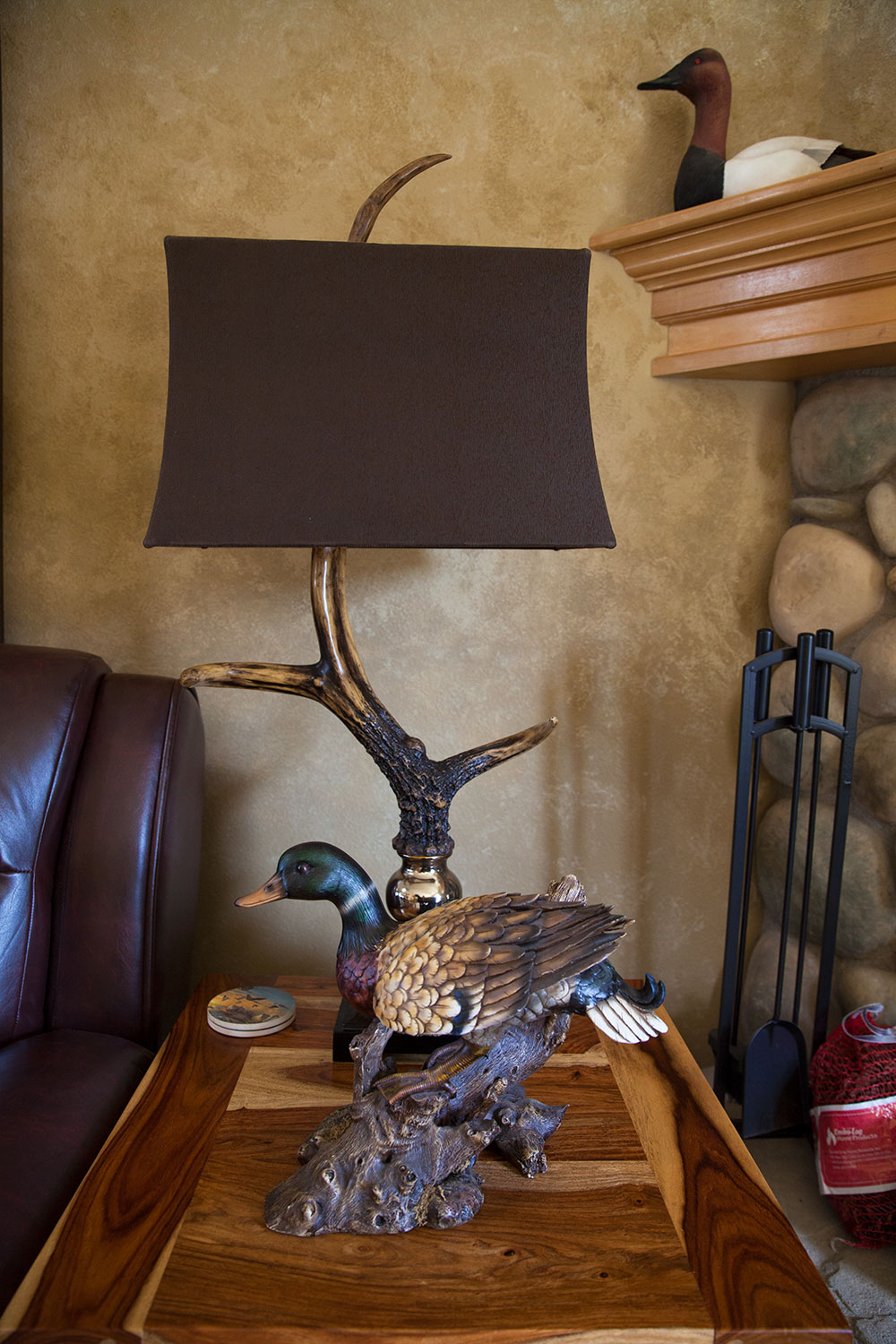 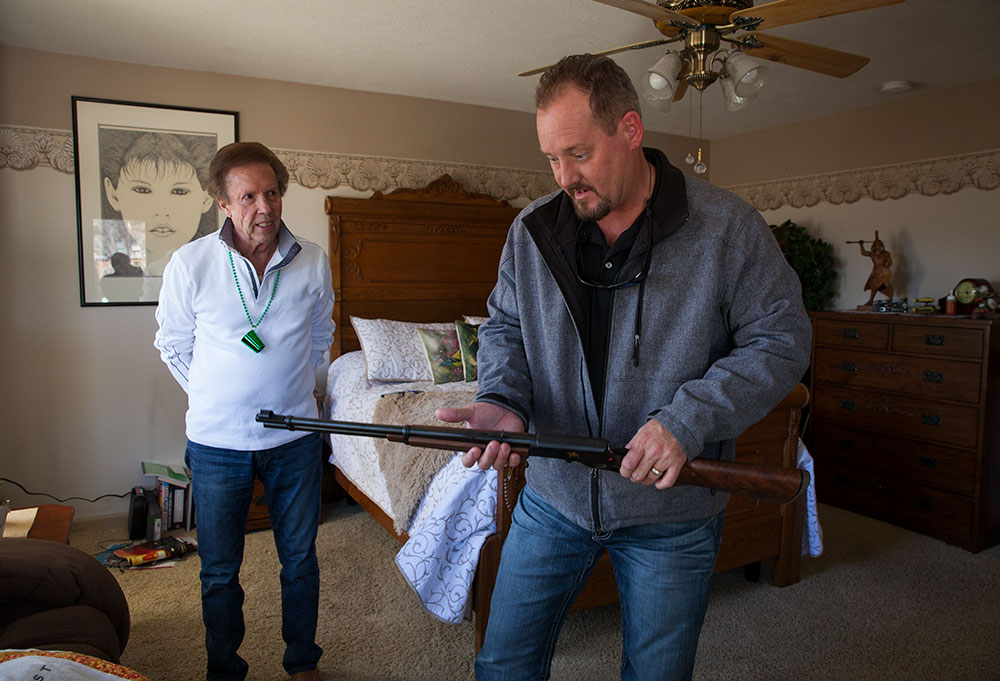 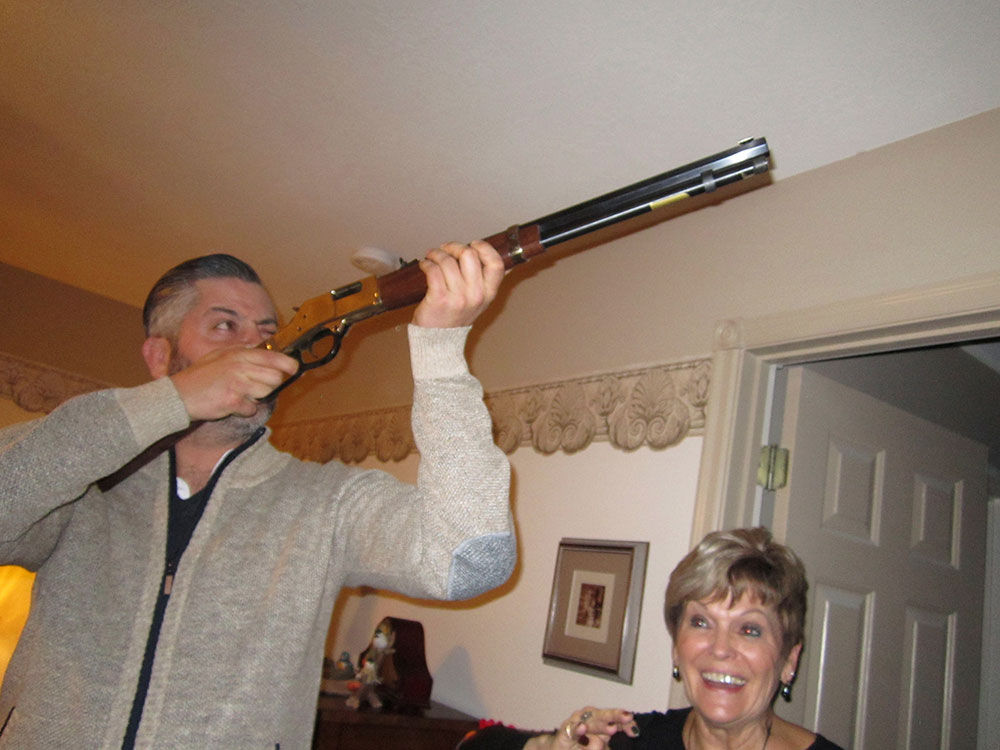 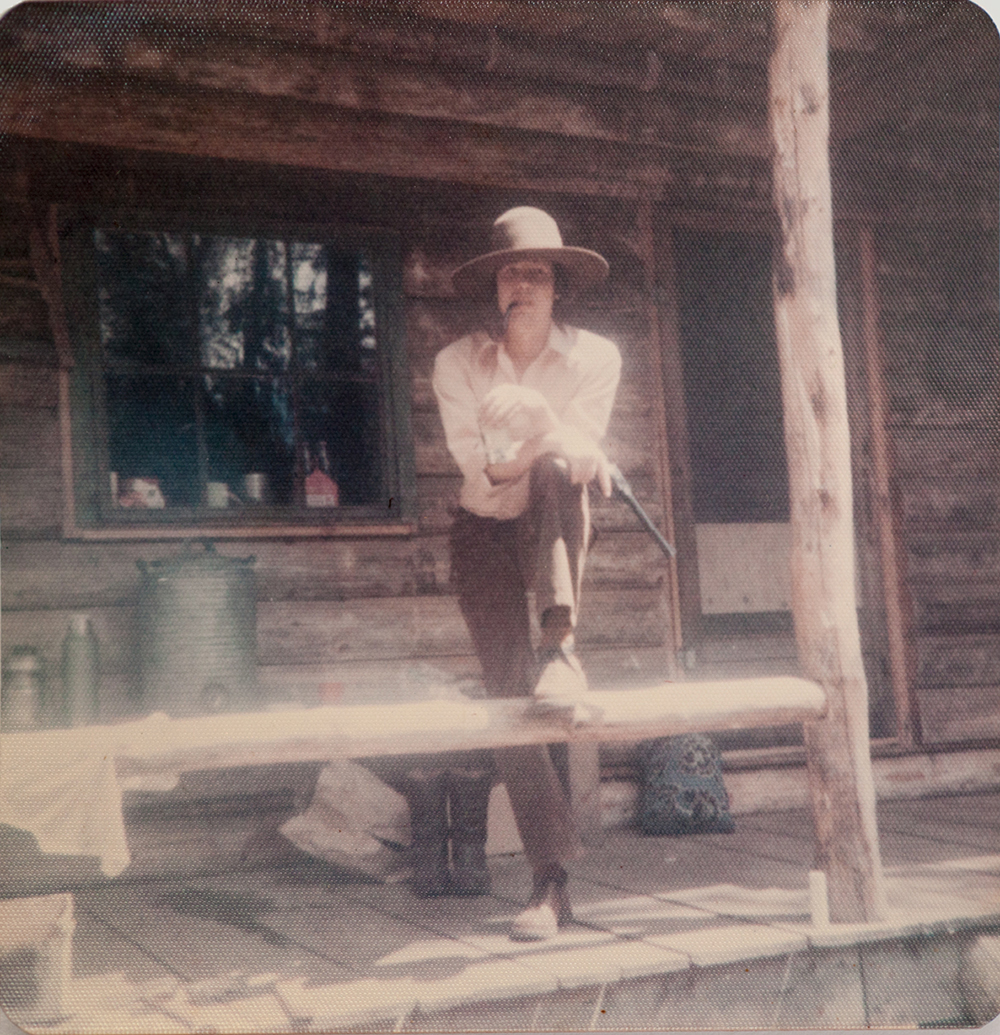 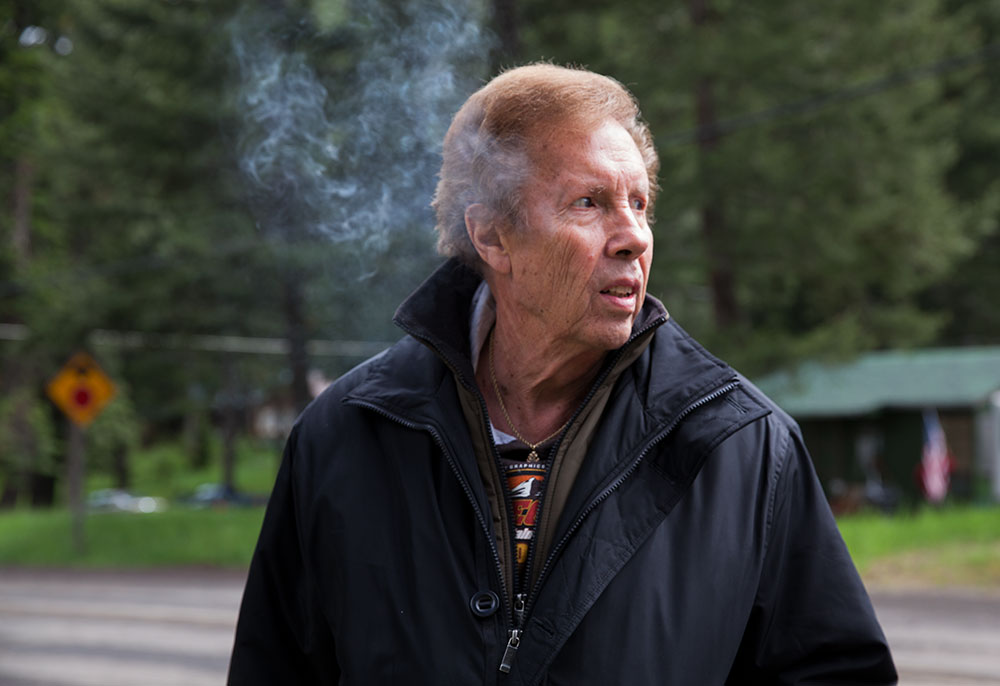 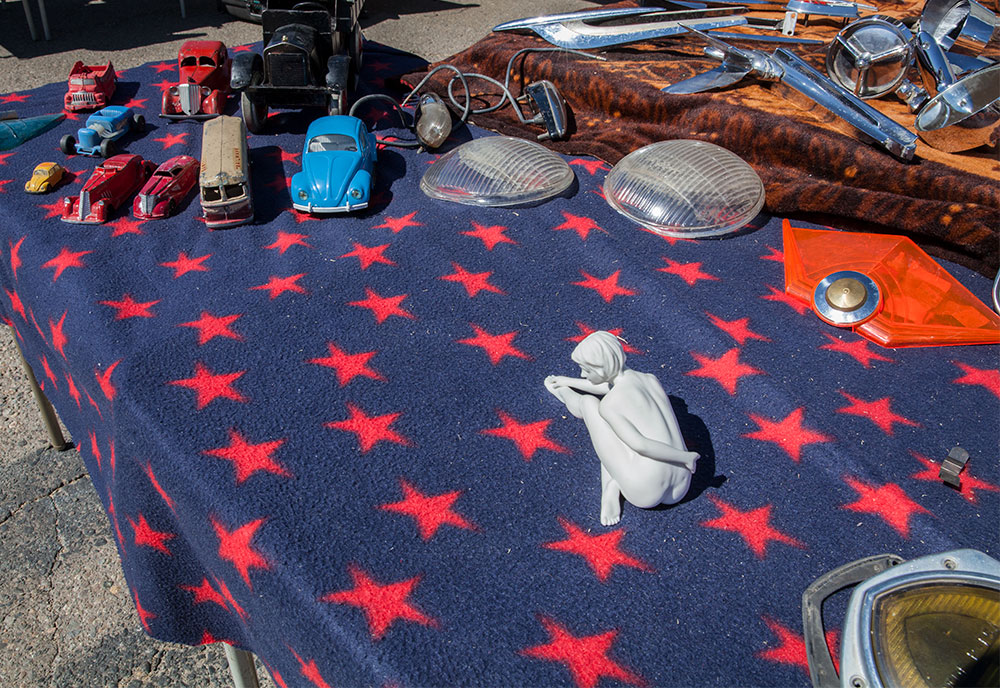 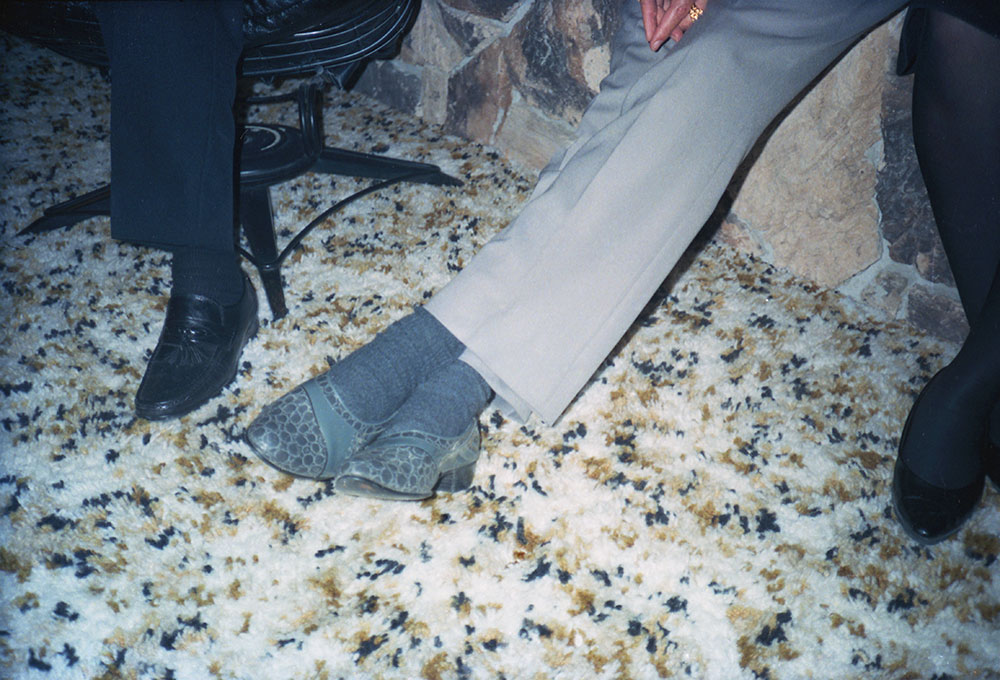 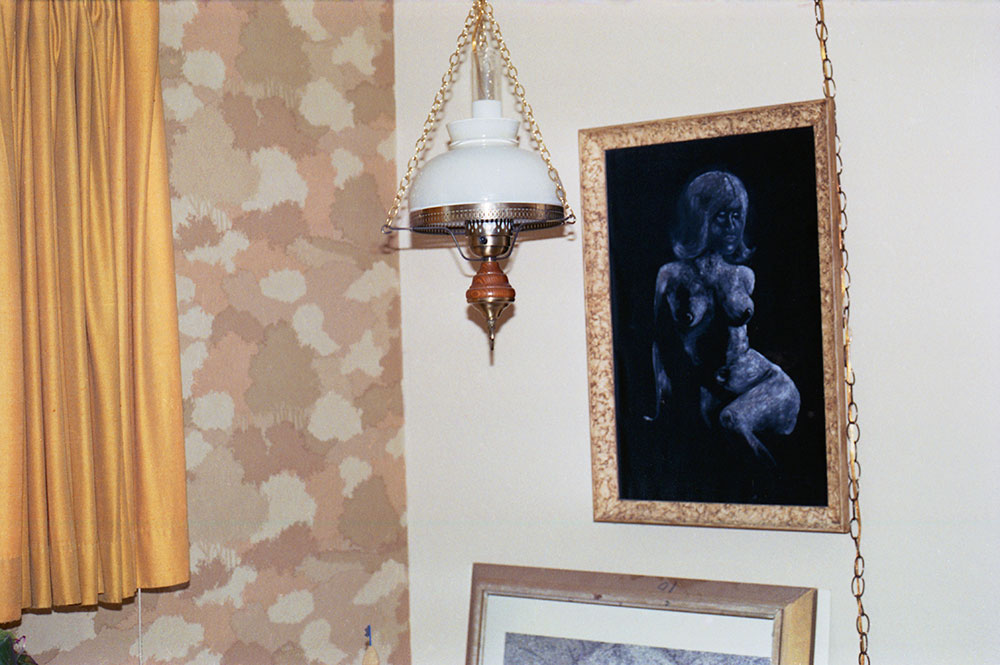 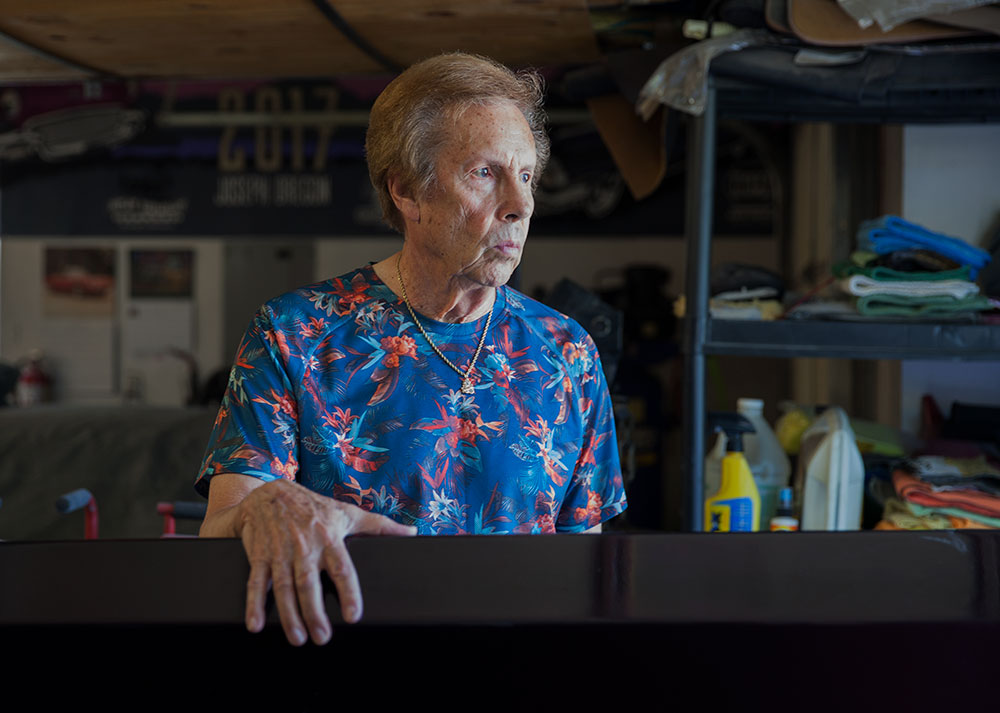 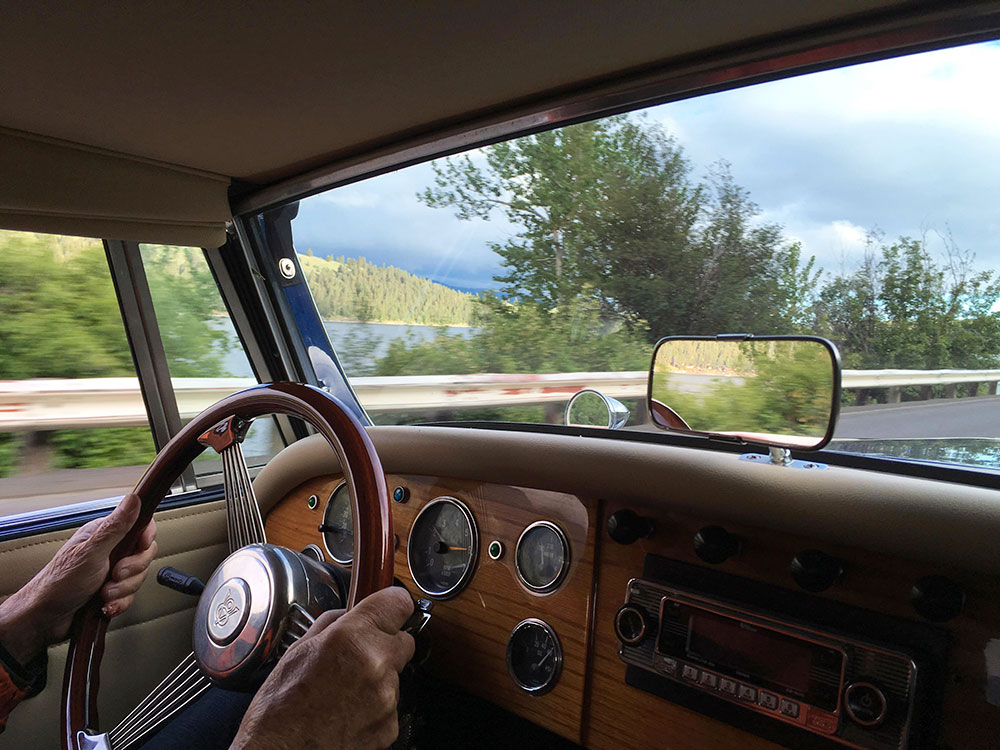 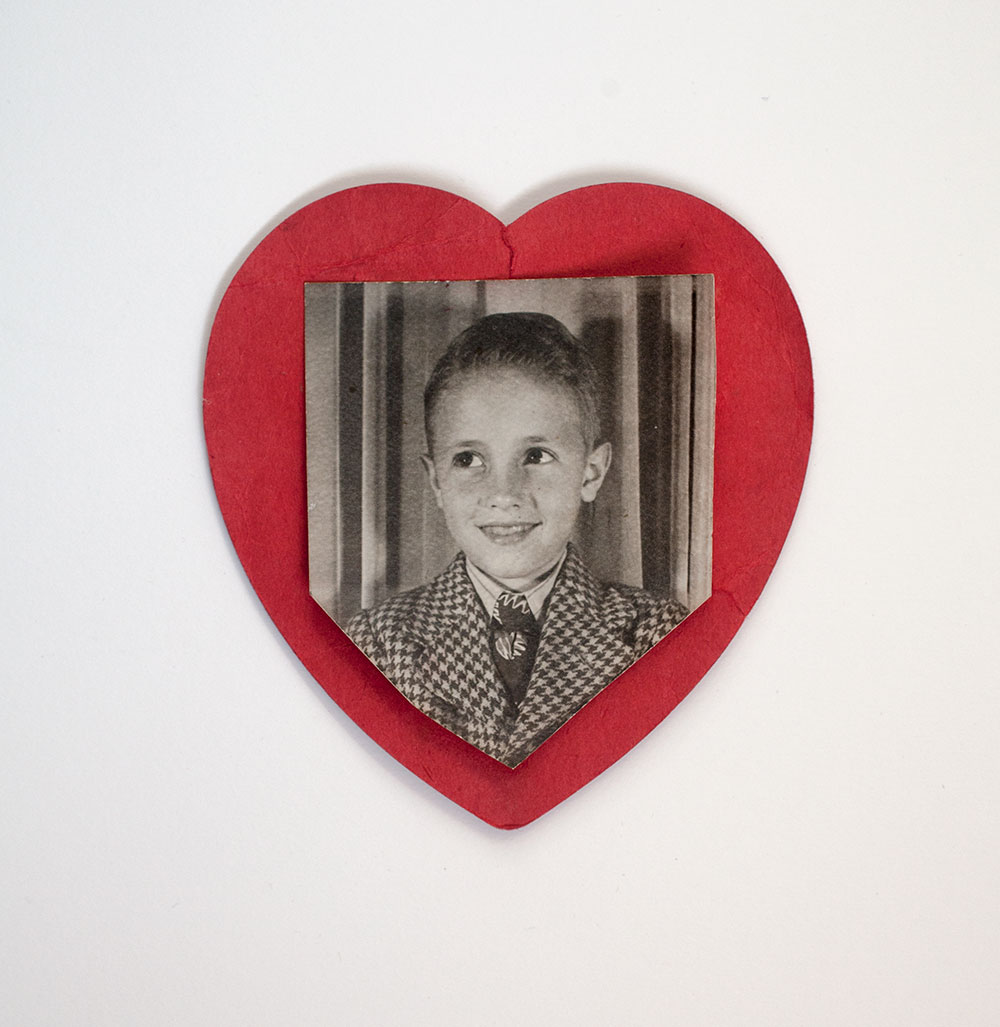