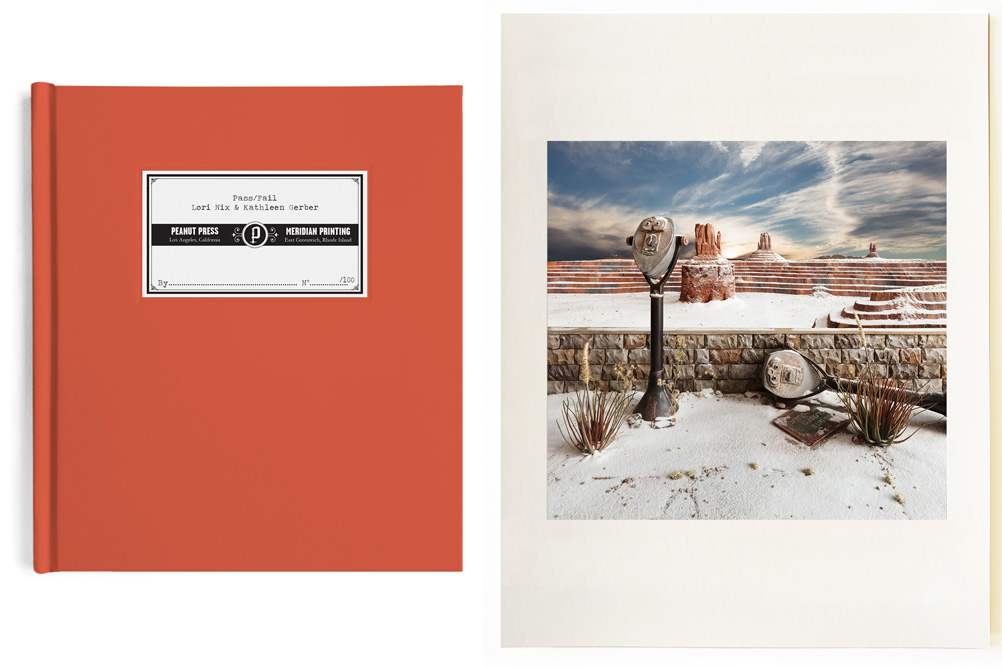 When Peanut Press was first created, in 2014, publishers (and photographers) Ashly Stohl and David Carol had a goal  to make beautiful photo books with photographers they love. Their premise was simple: they wanted to make the type of books that they wanted to buy. 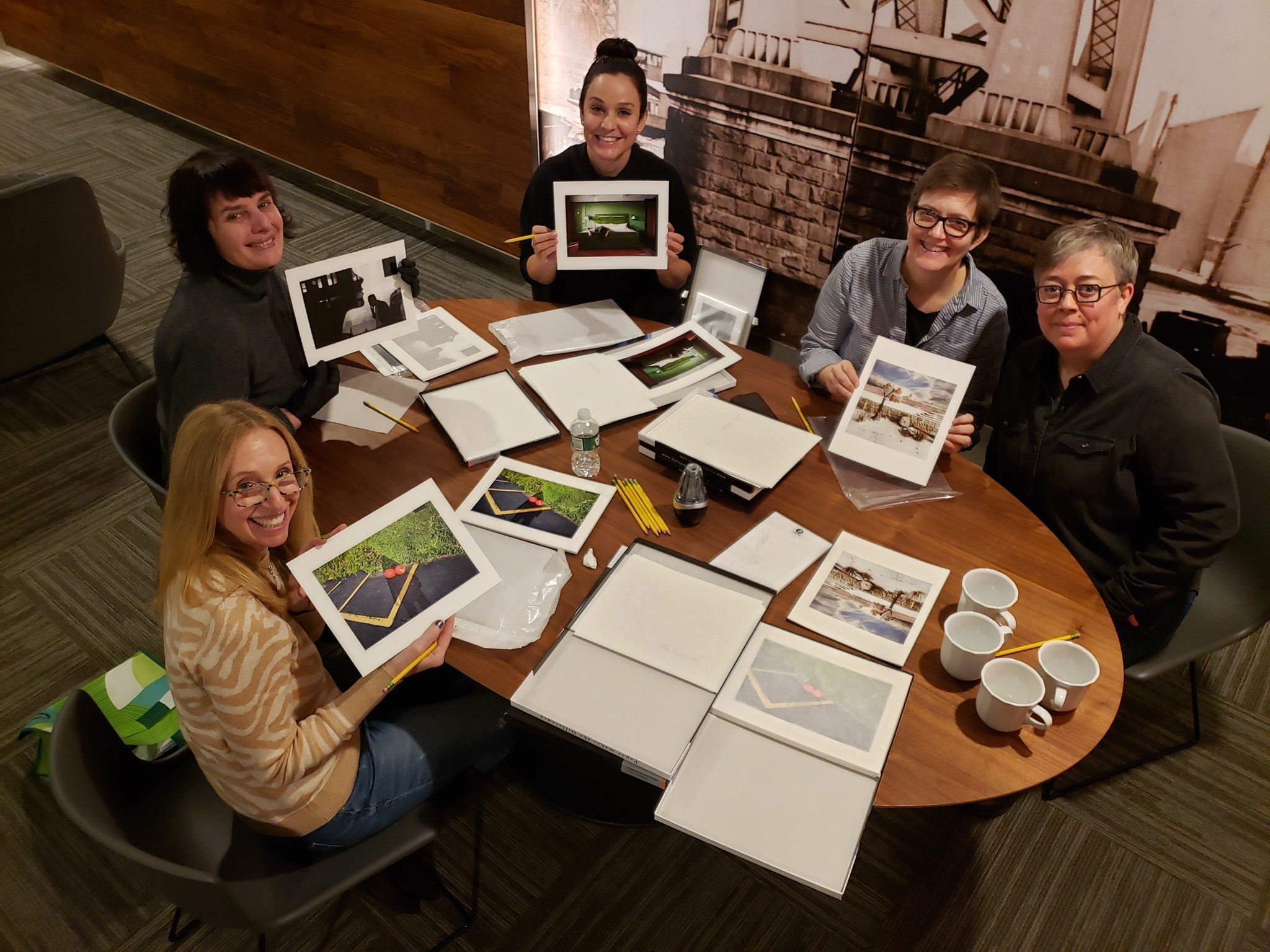 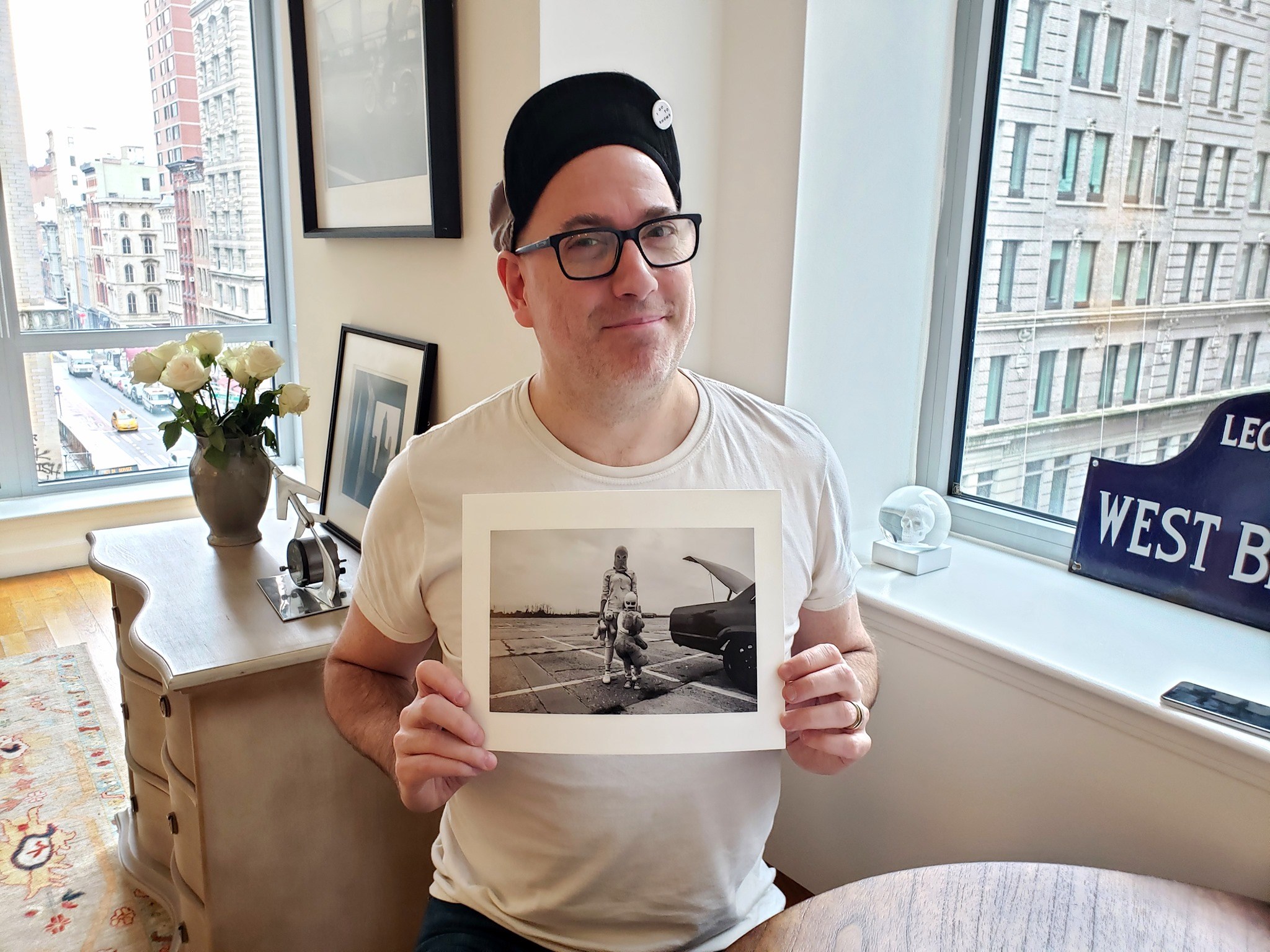 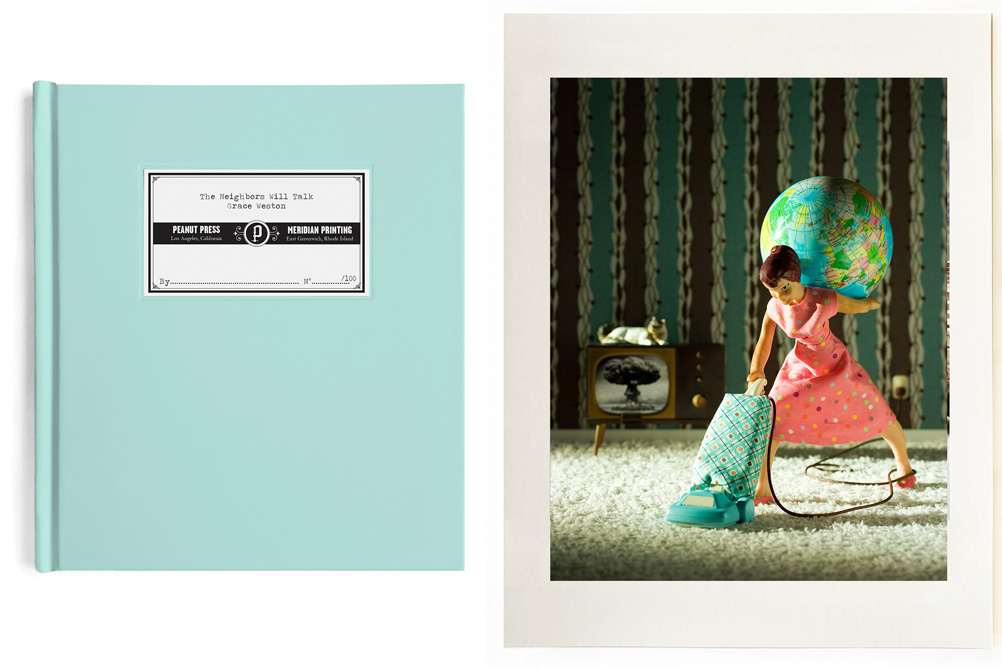 ©Grace Weston book and print from The Neighbors Will Talk

Based in Portland, Oregon, Grace Weston has gained international recognition for her unique style of staged narrative photography. Her award-winning artwork has been shown in numerous exhibitions and publications and is held in many public and private collections. Weston has also been commissioned to create work in the editorial world for magazines, book covers, CDs, and posters.

The Neighbors Will Talk tells of the dark stories lurking in the shadows of decidedly suburban environments: cul-de-sacs, dark and empty roads, the small town bar, private basements and bedrooms, all offering an impression of seclusion, ripe for clandestine schemes. 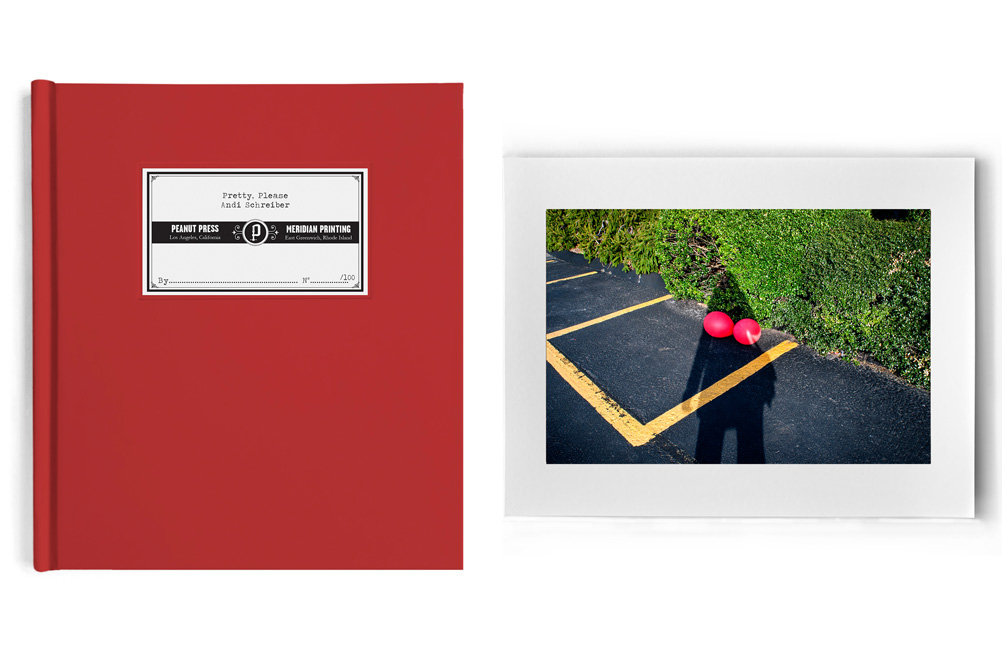 Andi Schreiber is a fine art and documentary photographer based in Westchester County, New York. Her photographs have appeared in numerous exhibitions and publications worldwide.

Schreiber’s Pretty, Please examines the insecurities of middle age with honesty, sensuality, and a sharp wit. Life changes, and how we feel in our bodies evolves too. Schreiber turns an unflinching camera on her own flesh to explore her changing role as a female and as a sexual being as she navigates her “Invisible Forties.” 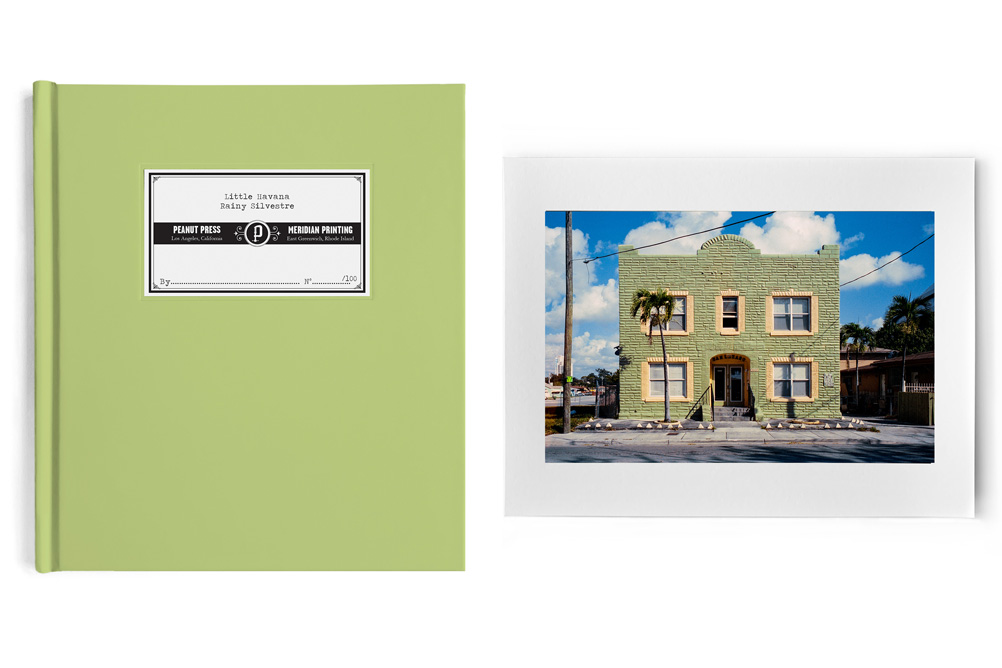 Rainy Silvestre was born in Matanzas, Cuba in 1975 and moved to Miami, Florida in 1998. Silvestre began his photographic journey as a self-taught photographer, but has since graduated from New York Institute of Photography. His photography is a compendium of life and a direct relationship to his environment.

Little Havana is Silvestre’s exploration of Miami’s vibrant Cuban heart. The neighborhood of Little Havana reflects the culture of its residents, largely Cuban exiles. The buildings’ colorful facades belie their residents’ ever-present longing for their homeland. 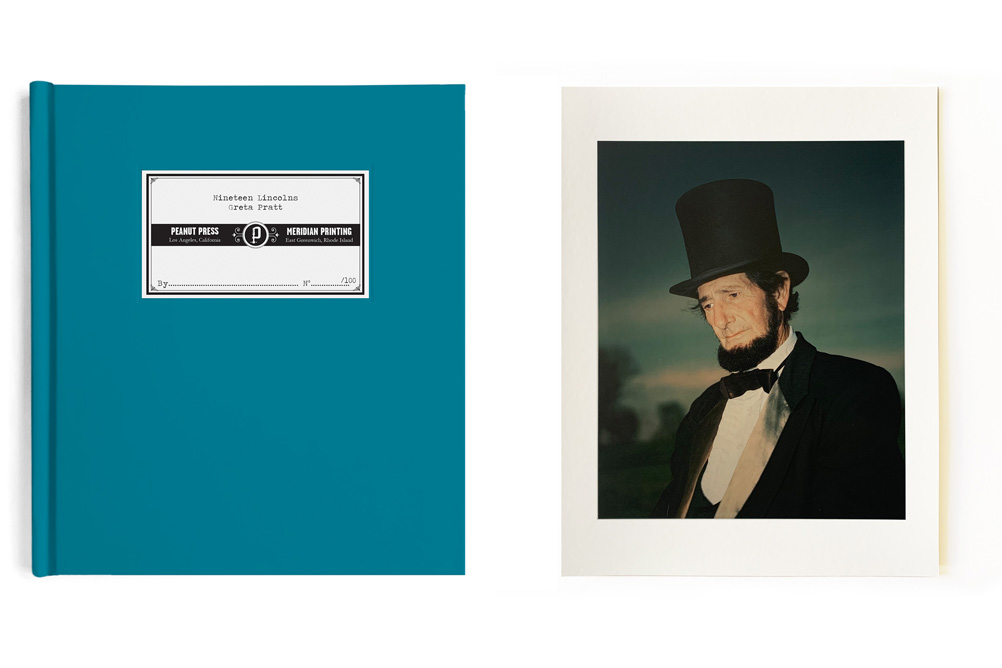 Greta Pratt is an American photographer concerned with issues of national identity and American myth. Pratt’s work is included in major public and private collections and has been shown in Art in America, New York Times Sunday Magazine, and The New Yorker, along with numerous books and catalogs nationally as well as internationally. She was nominated for a Pulitzer Prize and is a recipient of a New Jersey State Arts Council Grant.

Nineteen Lincolns features members of The Association of Lincoln Presenters, passionate Abraham Lincoln impersonators who spend time studying, reading, and performing for school groups, community celebrations, and senior citizen centers. Paired with their own words, these portraits show their reverence for Lincoln, who embodies one of America’s most cherished tenets, that the common man, through sheer hard work and determination, can elevate his status in society.

Lori Nix & Kathleen Gerber have collaborated on dioramas and miniatures for over twenty years, which have primarily been the subject matter for their fine art photography. Their images of faux landscapes and gritty urban interiors have gained wide acclaim in both the U.S. and Europe, and Nix is a 2014 Guggenheim Fellow in Photography. Their photographic work was showcased in National Geographic Magazine (April 2017) and American Craft (Dec 2017/Jan 2018).
Pass/Fail brings the viewer into their photographic process, showing us early attempts at a photograph, insights into what was changed and why, and the final result. 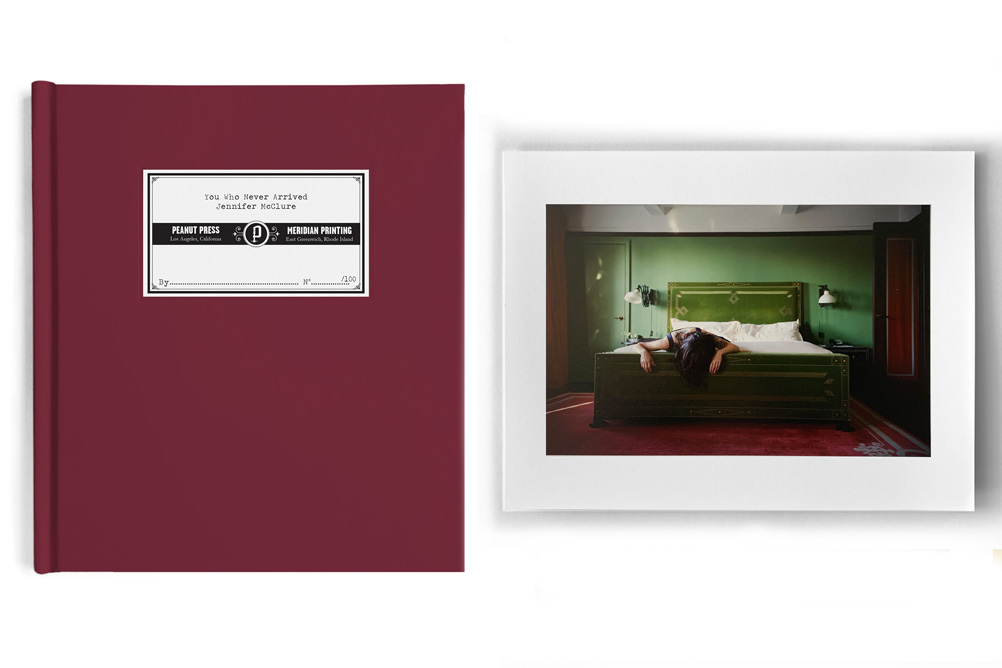 ©Jennifer McClure book and print from You Who Never Arrived

Jennifer McClure is a fine art photographer based in New York City. She uses the camera to ask and answer questions. Her work is about longing, solitude, and an ambivalent yearning for connection. She often uses herself and her experiences as subject matter to explore the creation of personal mythology and the agency of identity.

You Who Never Arrived was photographed as McClure examined the patterns and the breakdowns of her failed relationships. The memories were staged in hotel rooms with stand-ins playing the parts of old loves, blurring the line between the past and the present, allowing her to heal old wounds. 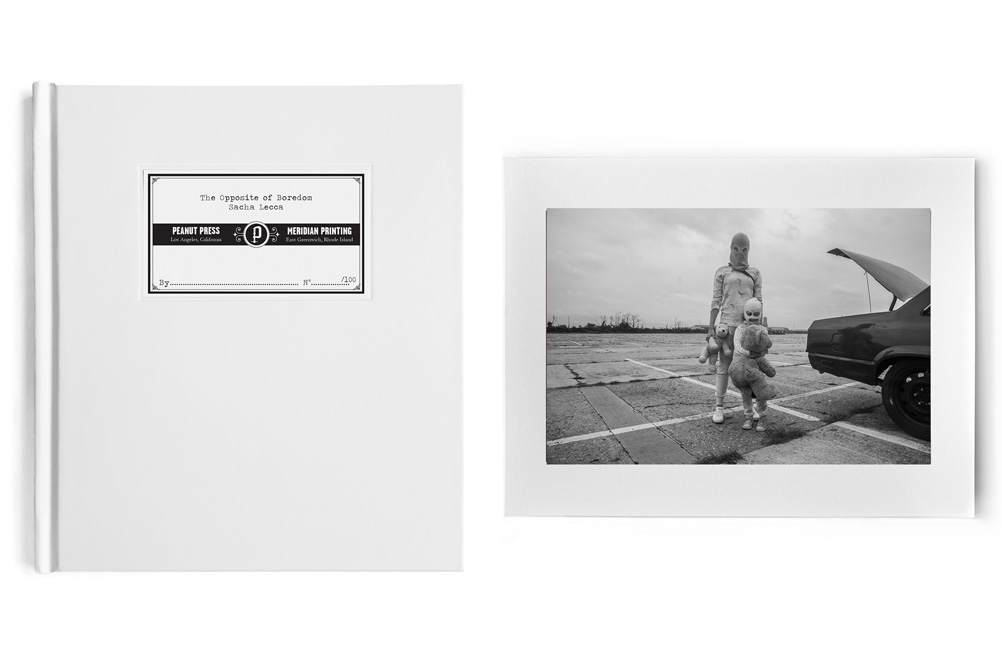 ©Sacha Lecca book and print from The Opposite of Boredom

Sacha Lecca is a photographer and a photo editor. He is currently the Deputy Photo Editor at Rolling Stone magazine, working with the storied magazine since 2007, preceded by stints at CMP Media, the Guggenheim Museum, and Newsweek.

From the artist: “The Opposite of Boredom was put together pre-COVID and has taken on new meaning for me in life during lockdown, reflecting the longing for live performance, sharing moments in small, dark spaces.” 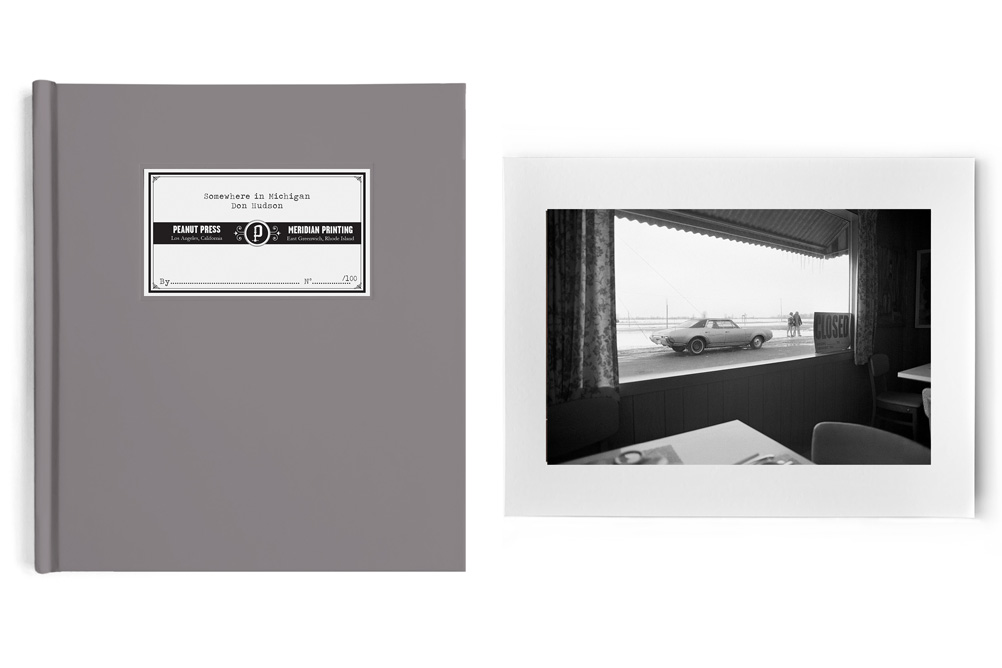 ©Don Hudson book and print from Somewhere in Michigan

Don Hudson was born in Detroit in 1950 and has lived his entire life in Michigan. Building his first darkroom in high school in the late ’60’s and refining his craft in art school in the early ’70’s, Don Hudson proceeded to document the cultural topography seeking to understand how his camera transformed the social energy he encountered.

Somewhere in Michigan is a distillation of these investigations from the 1970’s and ’80’s. Visual evidence of a game played with the appearance of truth. 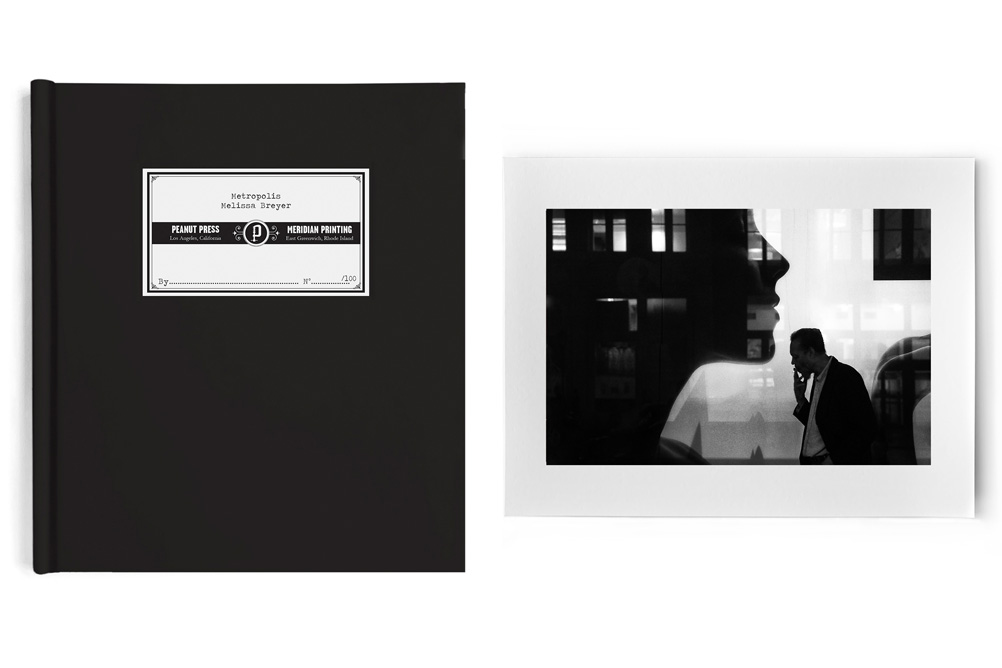 After a classical training in studio art and a masters degree in Museum Studies, Melissa Breyer tumbled into photography and has been spellbound by it ever since. Breyer’s work has been exhibited across the globe and has been featured in national and international publications, including National Geographic and The New York Times.

In Metropolis, Breyer turns her lens on the streets of New York, striving to document the city’s strange magic and the infinite stories of its inhabitants.