Politics of the Kitchen: Dan Bannino by Barbara Ciurej and Lindsay LochmanApril 16, 2021 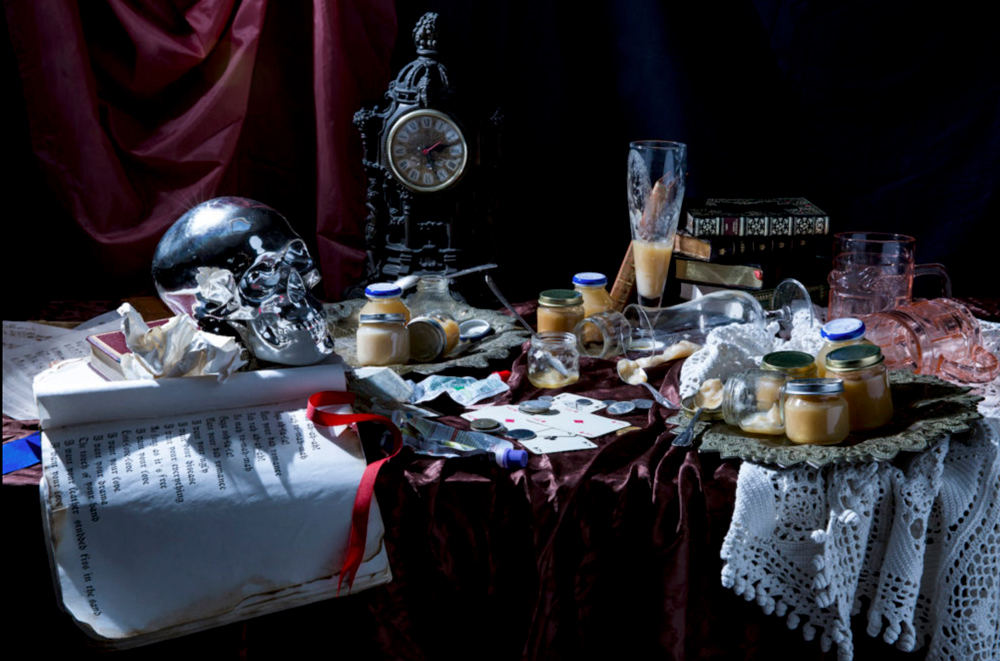 Lady Gaga “Baby Food Diet“, ©Dan Bannino. The singer has allegedly been dieting on baby food to stay slim during her world tour. The already tiny star has kept feasting with this low-calorie food to maintain her slight physique.

In our hyper-commodified consumer culture, food tops the list, and celebrity culture follows closely. Dan Bannino has blended both in his projects, Still Diets – Celebrity Diets as Classical Still Lifes and Neon Vanitas – Last meals of the Famous. Foods from the tables of the rich and famous are plated as art historical Baroque and Rococo still lifes. 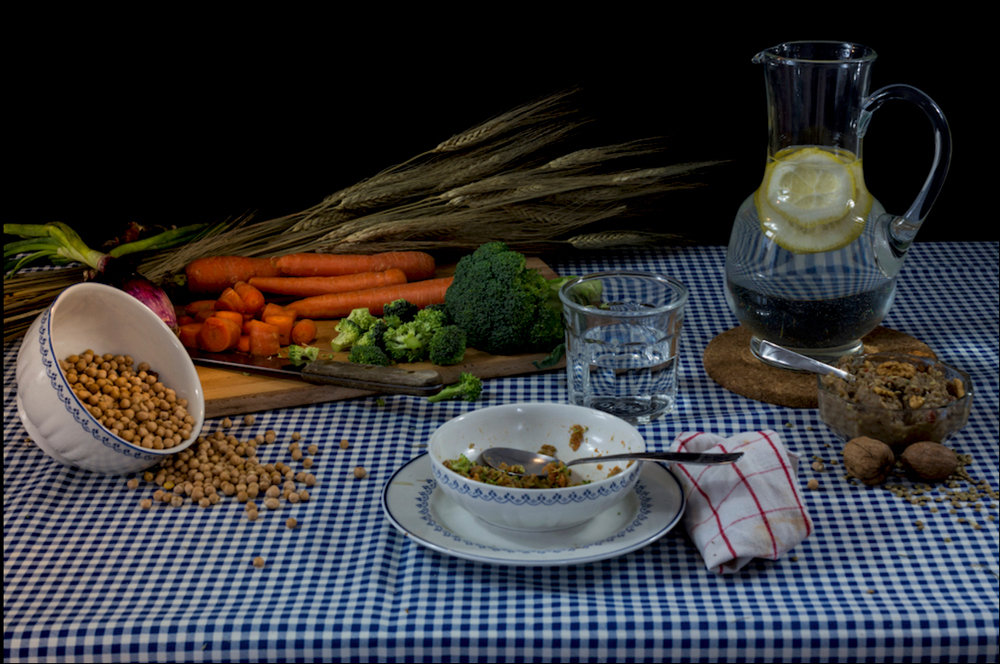 Bannino’s passion developed primarily from the world of advertising photography, not time spent in the kitchen.

“… I moved to London to pursue my intention of becoming a full-time photographer,” Bannino tells Creators. “After a few random gigs, I ended up working as a product photographer for a research company, shooting mainly food….During those months working with boxes and boxes of the most bizarrely edible things, I developed a fascination for the topic. I started seeing daily meals and food shopping through a different perspective.” 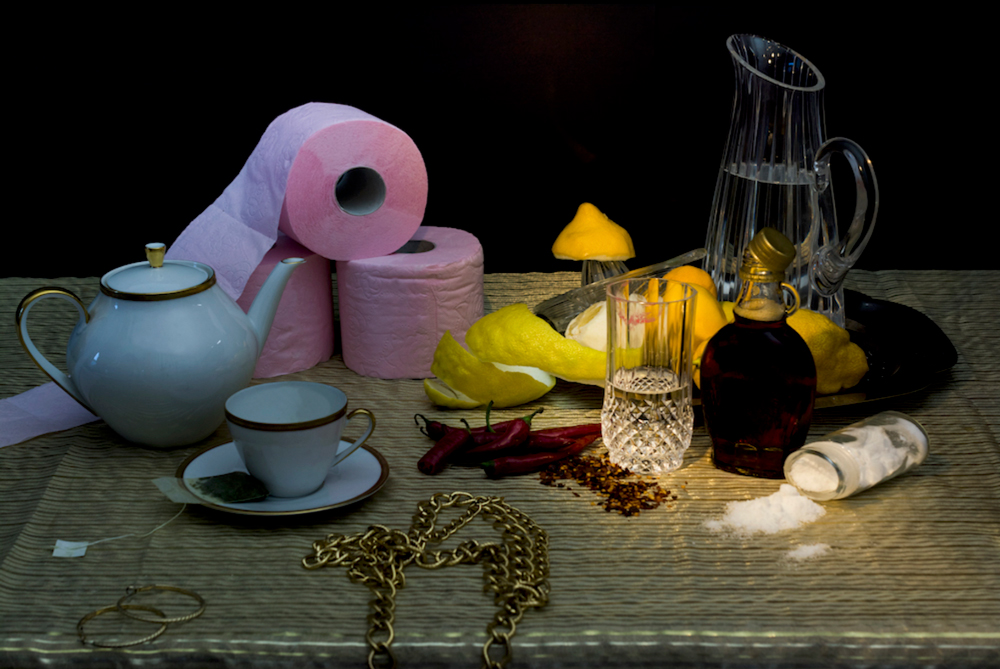 Beyoncè Knowles  “Master Cleanse Diet”, ©Dan Bannino. In April 2012 Beyoncé announced that she was going to stop all fad diets to ensure that she is a good example to her daughter, who was born in January. Beyoncé’s diet was really an unhealthy way to lose weight. It simply involved eating no solid food at all. The flush and laxative treatments add to the health risks associated with this method. 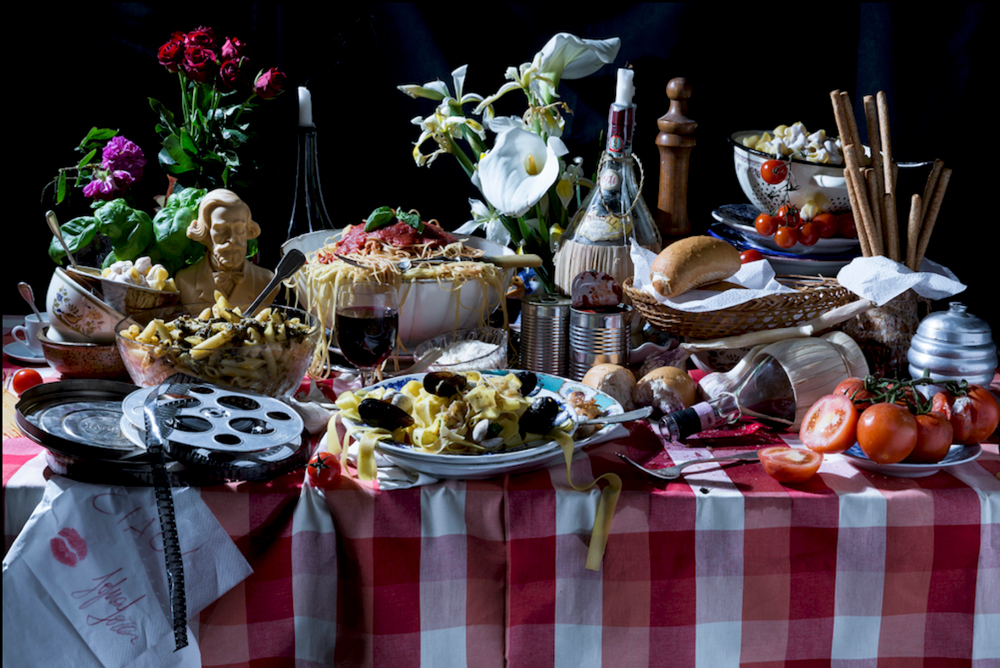 New meaning is given to the phase “portraits of interior lives”, as we gaze at what is in guts of famous diners who have just slipped away from the table.  While Bannino states in a Vice interview that “he is not working from a position of cynicism or criticism…that he is merely following a historical art tradition in his works,” the viewer comes away from the images with a definite opportunity for deeper consideration and judgment. 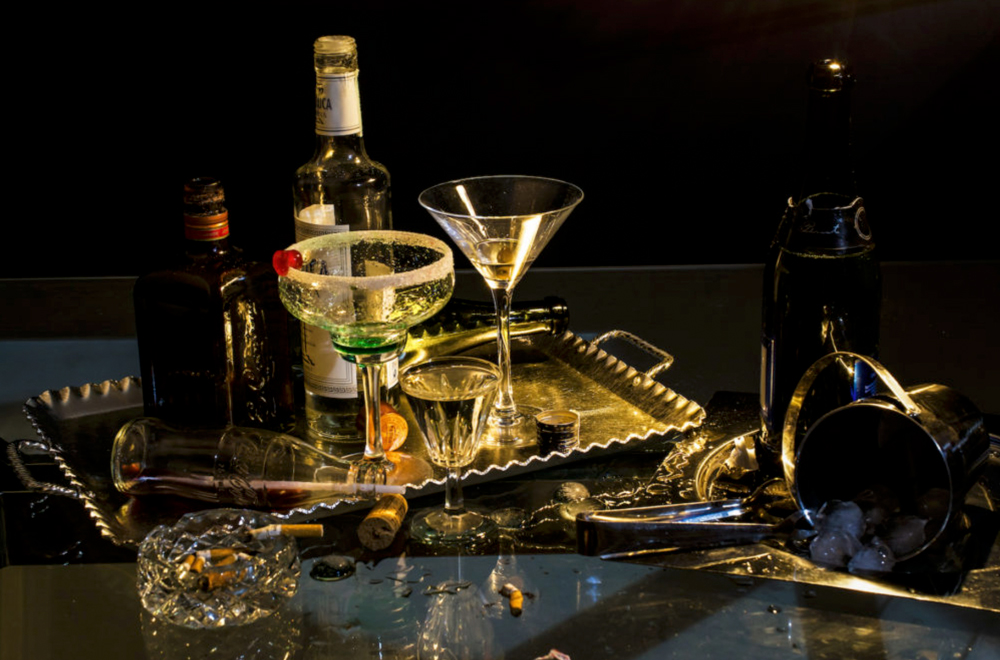 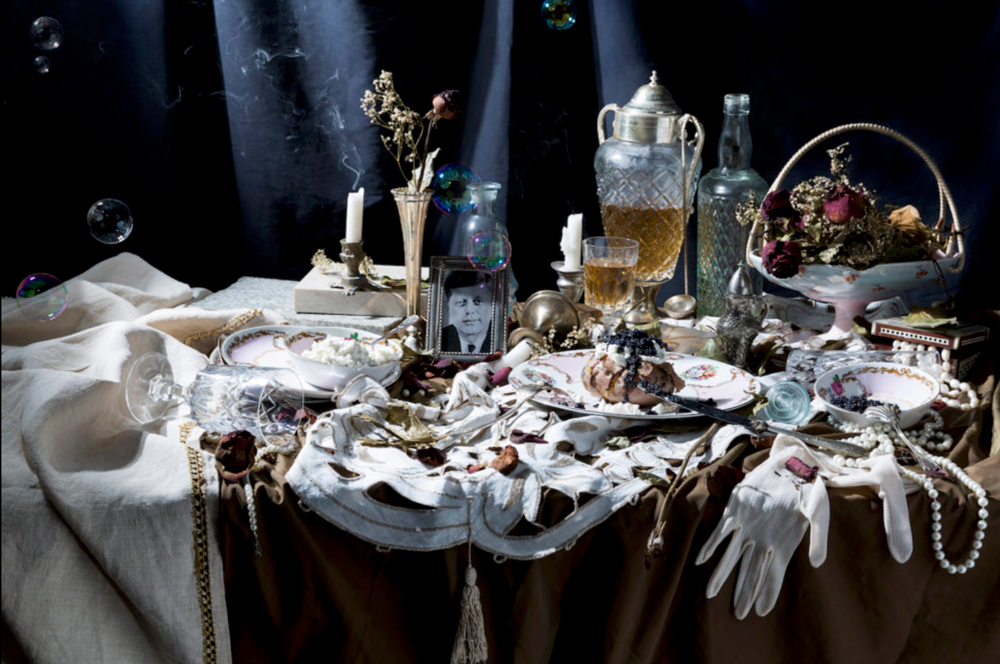 Jaqueline Kennedy “Pearl Beauty Diet”, ©Dan Bannino. According to legend, her diet consisted of nothing but a single baked potato, stuffed with beluga caviar and sour cream, eaten once a day. Jackie’s favorite type of caviar, beluga, comes from a sturgeon found in the seas. 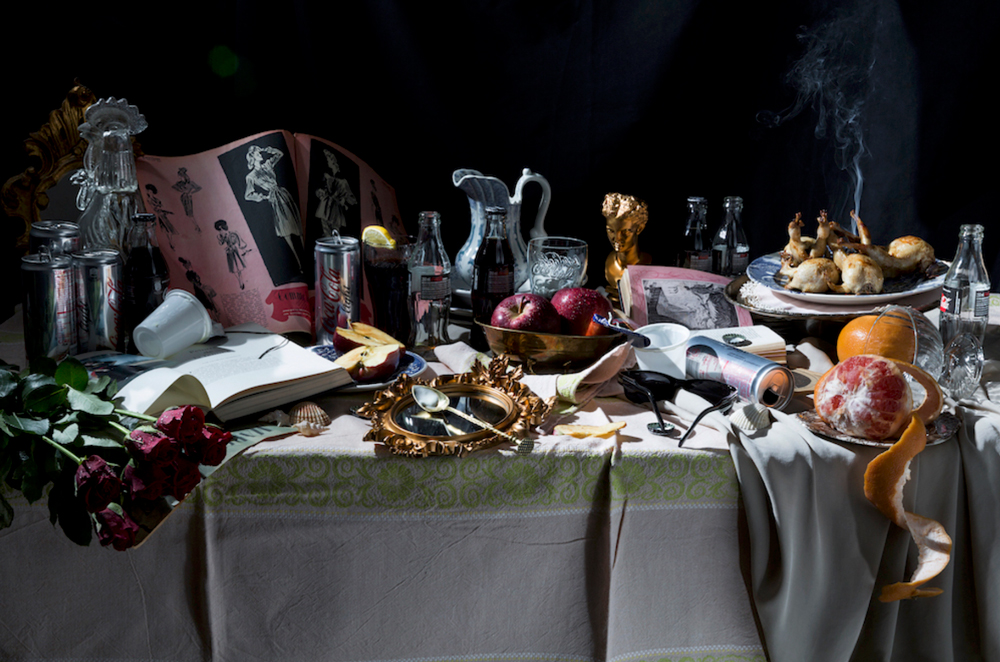 Karl Lagerfeld “The Lagerfeld Diet”, ©Dan Bannino. A few years ago the head designer for Chanel, decided to drastically lose some weight. After devoting himself to a strict diet tailored by weight-loss guru Dr. Jean-Claude Houdret, he lost 80lb within the year, then wrote a best book about it.

After viewing these sumptuous feasts, we pushed away from the computer screen stuffed and bilious, but wanting mouth-watering Memento Mori. 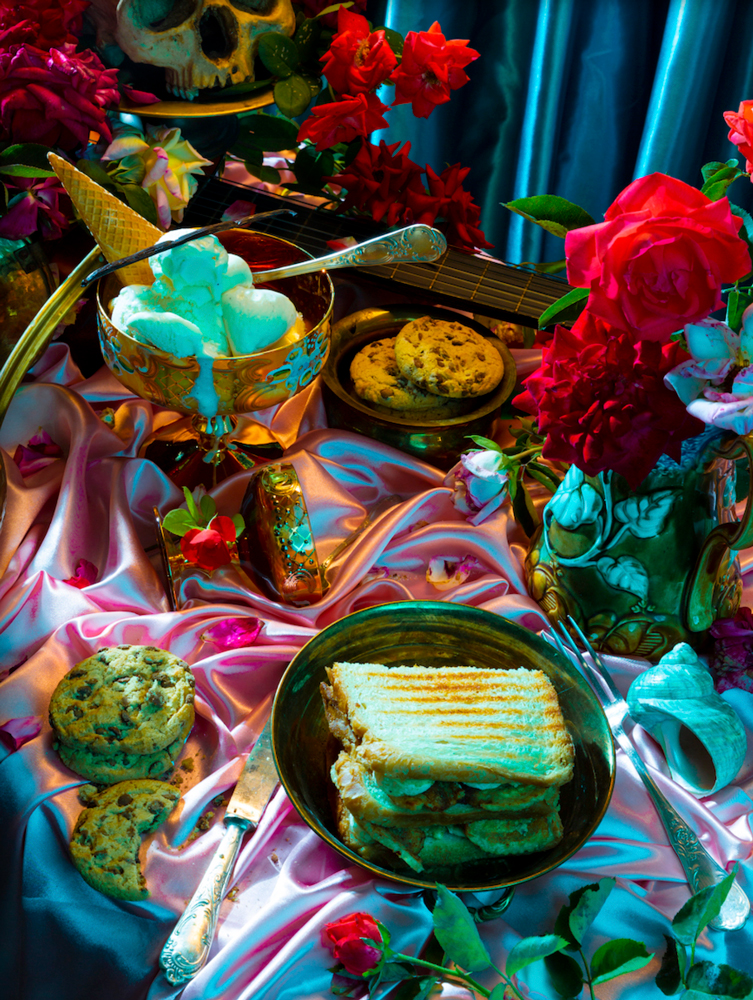 We can taste our tears viewing the last meals of the lost superstars in Neon Vanitas – Last meals of the Famous. This effect, may be more from Bannino’s eye popping use of theatrical gels than the pathos of the luminary taken from us. Fandom craves communion with the famous, but a generous sprinkling of garishly-lit skulls reminds us that our hopes are in vain. Neon Vanitas is a cautionary reminder that, like us, the high and mighty digest food one bite at a time…and then, they die. 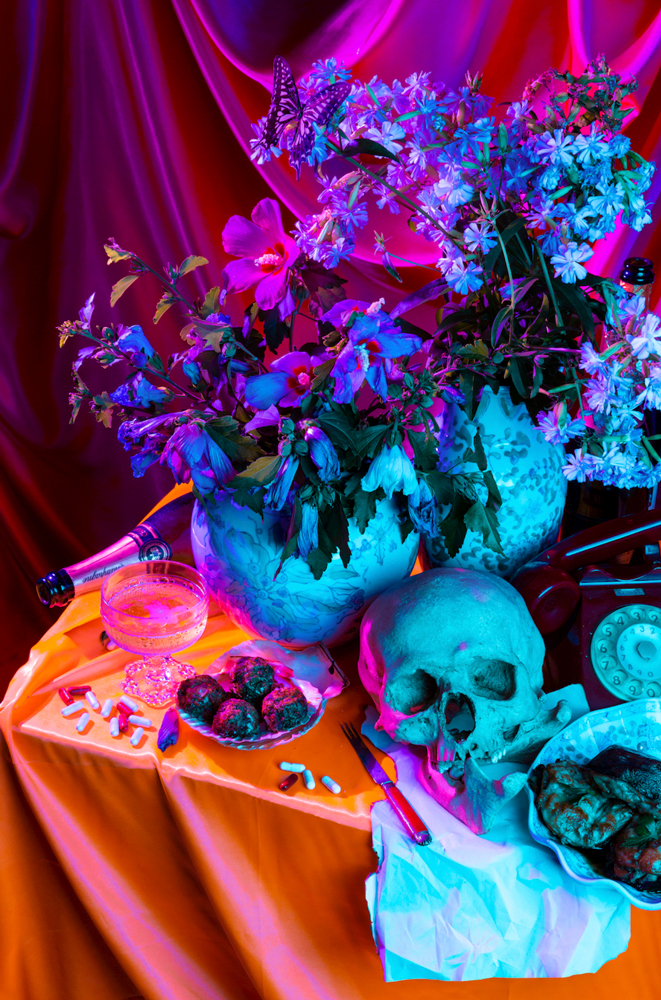 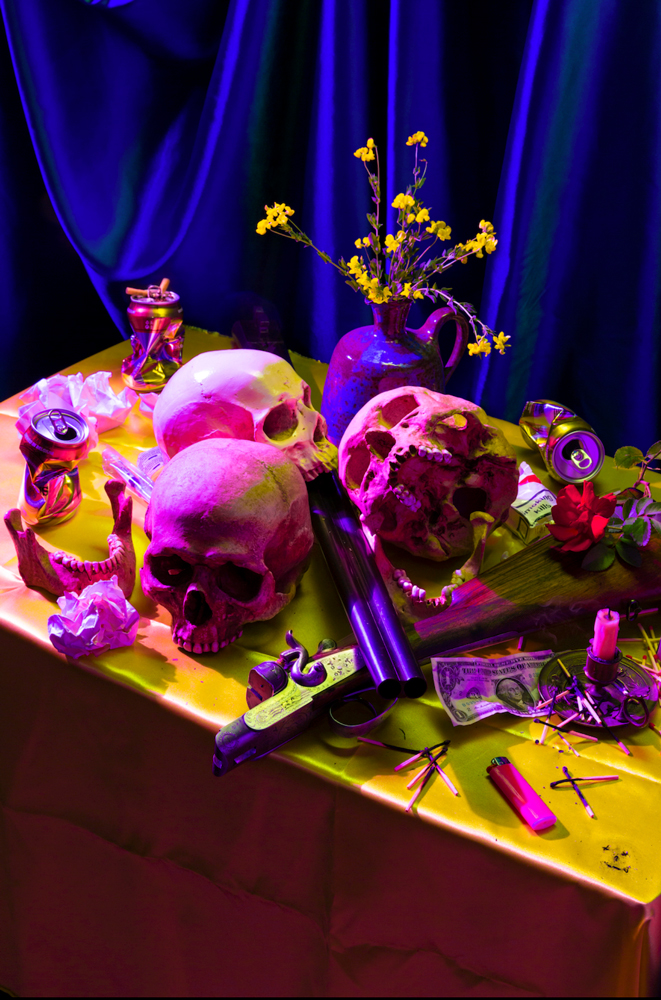 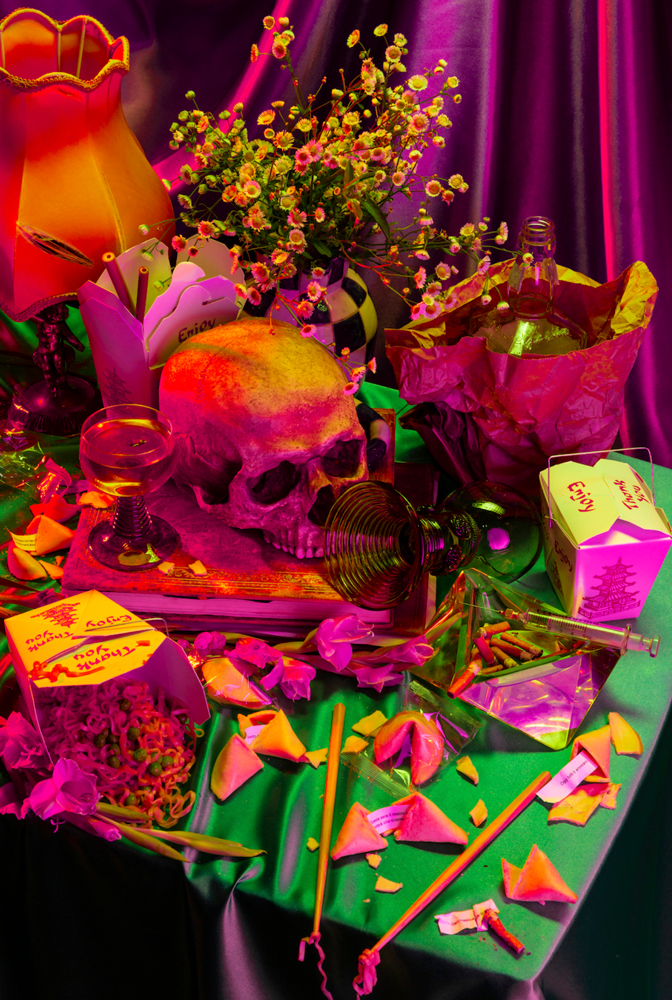 Dan Bannino  was born in Italy in 1988. After living many years in London, working as a product photographer, he traded a full-time job for dedicating full-time to personal projects. Bannino’s work has gained International fame and praise and has appeared in major newspapers and magazines such as The Times, Vice, Nikon, Artnet, WideWalls, Elle, Cosmopolitan and many more.