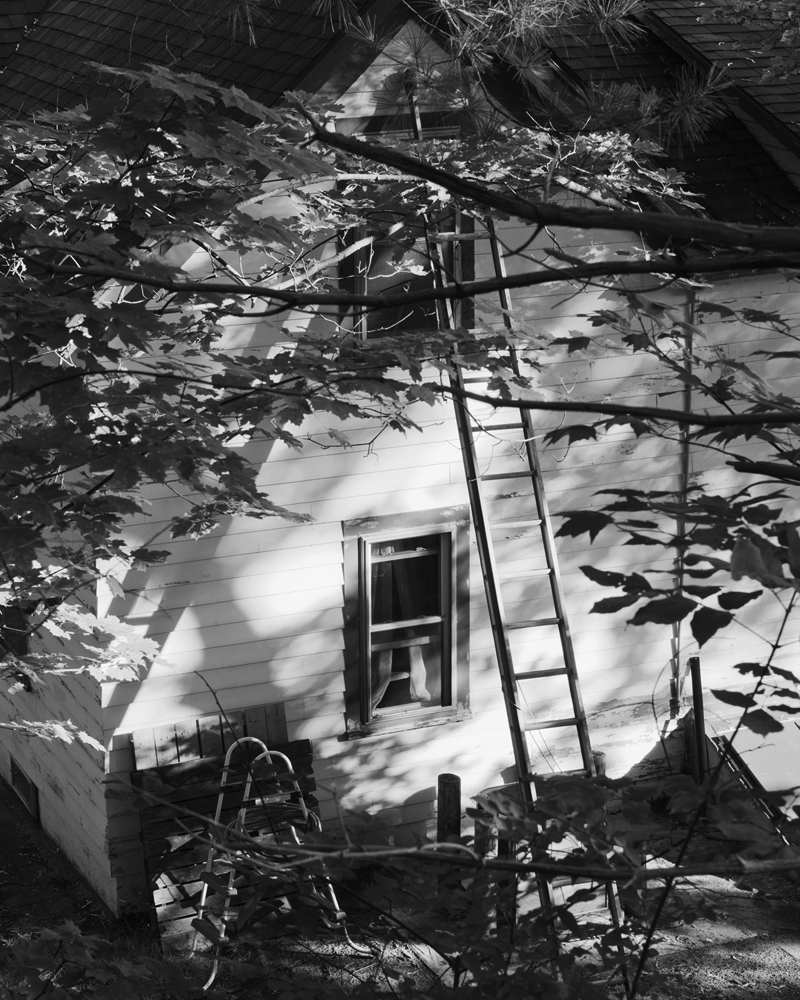 Contemporary American society has been monitoring itself in ways that destabilize  our sense of well being. Sites and apps like Nextdoor and the Citizen come into our homes to remind us that all is not well in the world, in fact, there is a knife wielding man just blocks away or a dog is in distress and these notifications just add to our heightened anxieties and worries. Aaron Schuman  uses this tension as a charged subtext to small town life.

If you opened the local newspaper in the small New England town of Amherst, Massachusetts, as Schuman did one day, you might find a section entitled “Police Reports” – succinct and extraordinarily anticlimactic accounts of crimes, suspicious activities, events and non-events reported in the area during the previous week. In SLANT, published by MACK Books, Schuman interweaves a selection of these clippings published between 2014-2018, with quietly wry photographs he made in and around Amherst in response to their unintentionally deadpan descriptions. What began as a genuinely affectionate, tongue-in-cheek take on the small towns where Schuman spent his childhood steadily came to reflect the disquieting rise of “fake news”, “alternative facts”, “post-truth” politics and paranoia in America following the 2016 election.

Schuman’s subtly offbeat combination of images and words, however, was always inclined to create a foreboding sense of unease. In SLANT, the relationship that has been constructed between photography and text takes its inspiration from a poetic scheme called ‘slant rhyme’, notably espoused by the 19th-century poet Emily Dickinson, who also happened to live and write in Amherst. In such a rhyming scheme, “there is a close but not exact correspondence of sounds, often using assonance or consonance; generally it is used in poetry to give variations and an inharmonious feeling.” Appropriating this literary device, SLANT serves as a wider reflection upon something strange, surreal, dissonant and increasingly sinister stirring beneath the surface of the contemporary American landscape, experience, and psyche. 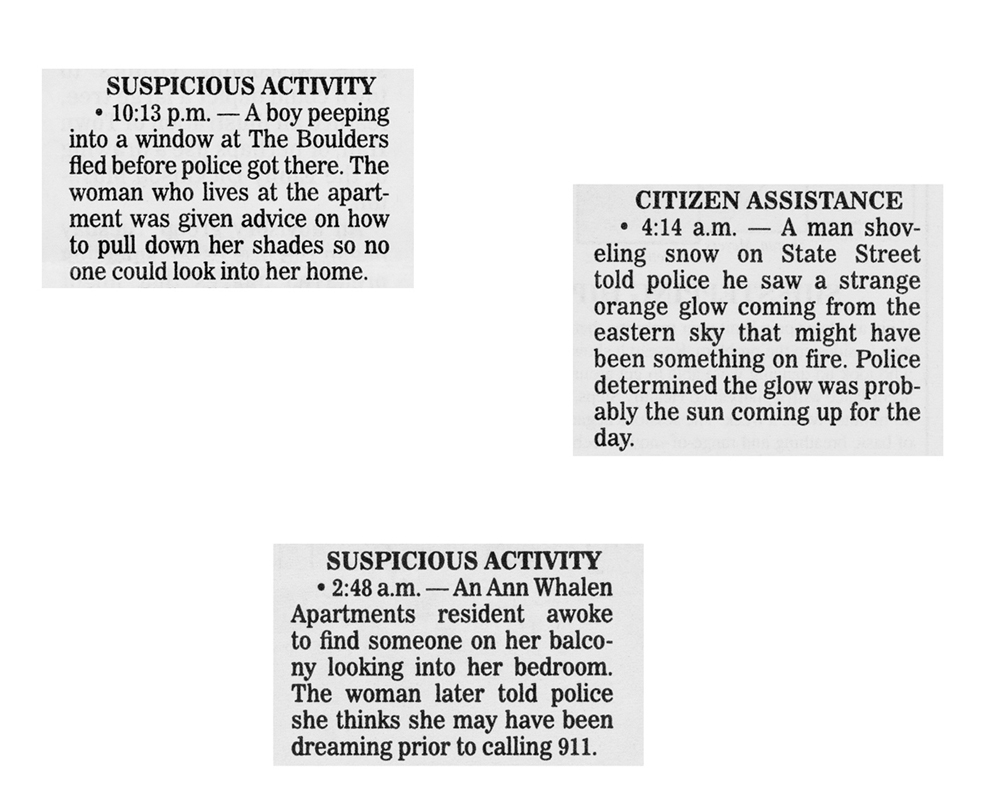 Aaron Schuman is an American photographer, writer, editor, educator, and curator based in the United Kingdom. His work has been exhibited internationally – at institutions such as Tate Modern, Hauser & Wirth Somerset, Christie’s (London / New York), the Institute of Contemporary Arts (London), the Ethnographic Museum Krakow, Format Festival and elsewhere – and is held in many public and private collections. He is the author of two critically-acclaimed monographs: SLANT – published by MACK in 2019 – which was cited as one of 2019’s “Best Photobooks” by numerous photographers, critics and publications, including The Guardian, Internazionale, American Suburb X, Photoeye and Deadbeat Club Press; and FOLK – published by NB Books in 2016 – which was cited as one of 2016’s “Best Photobooks” by Alec Soth (Photoeye), Sean O’Hagan (The Guardian), and Jason Fulford (TIME), and was long-listed for the Deutsche Börse Photography Prize 2017. In addition to his own photographic work, Schuman has contributed essays, interviews, and texts to many books including Photo No-Nos (Aperture, 2021), Aperture Conversations: 1985 to the Present (Aperture, 2018), Another Kind of Life: Photography on the Margins (Prestel / Barbican, 2018), Alec Soth: Gathered Leaves (MACK, 2015), Visions Anew (University of California Press, 2015), Storyteller: The Photographs of Duane Michals (Prestel / Carnegie Museum, 2014) and The Photographer’s Playbook (Aperture, 2014), amongst many others; he also regularly contributes to journals and magazines such as Aperture, Foam, Frieze, Hotshoe, Magnum Online, The British Journal of Photography and more. Additionally, Schuman has curated several major international festivals and exhibitions, including In Progress: Laia Abril, Hoda Afshar, Widline Cadet, Adama Jalloh, Alba Zari  (Royal Photographic Society, May-October 2021), Indivisible: New American Documents (FOMU Antwerp, 2016), In Appropriation (Houston Center of Photography, 2012), Other I: Alec Soth, WassinkLundgren, Viviane Sassen (Hotshoe London, 2011), and Whatever Was Splendid: New American Photographs (FotoFest, 2010). In 2014,  he served as Curator of Krakow Photomonth 2014 – entitled Re:Search, the main programme featured solo exhibitions by Taryn Simon, Trevor Paglen, David Campany / Walker Evans, Clare Strand, Forensic Architecture, Jason Fulford and more.  In 2018, he also served as co-Curator of JaipurPhoto Festival 2018.  Schuman was the founder and editor of the online photography journal, SeeSaw Magazine (2004-2014), and since 2017 has been Programme Leader of the postgraduate MA Photography programme at the University of the West of England (UWE Bristol). 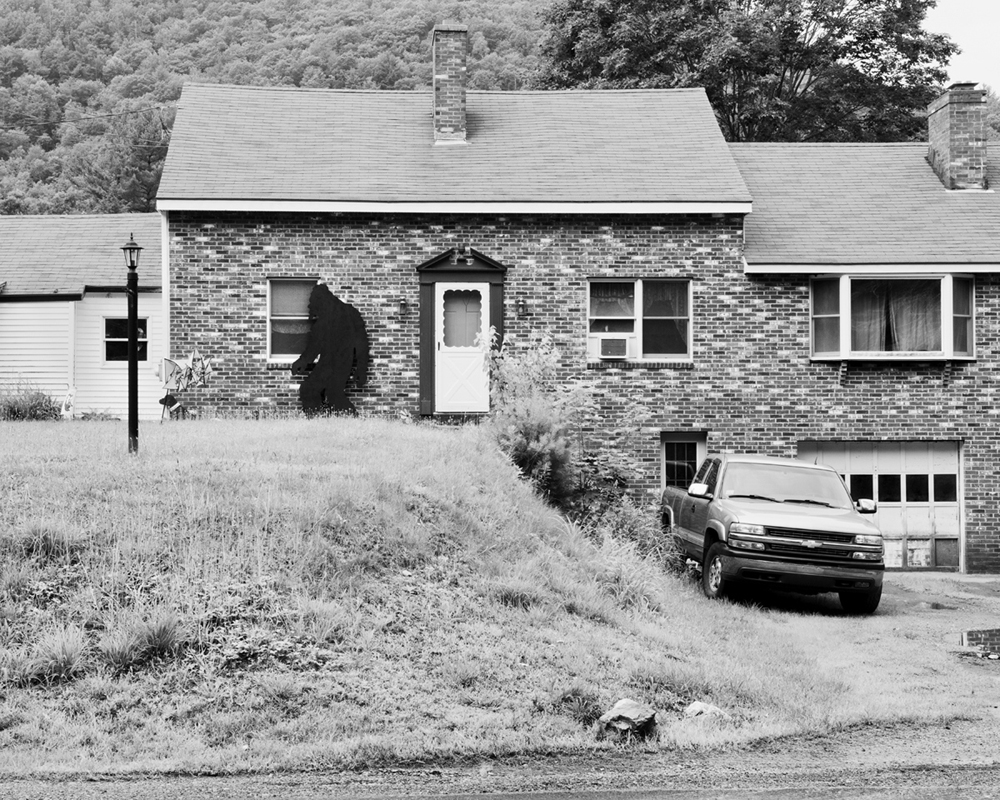 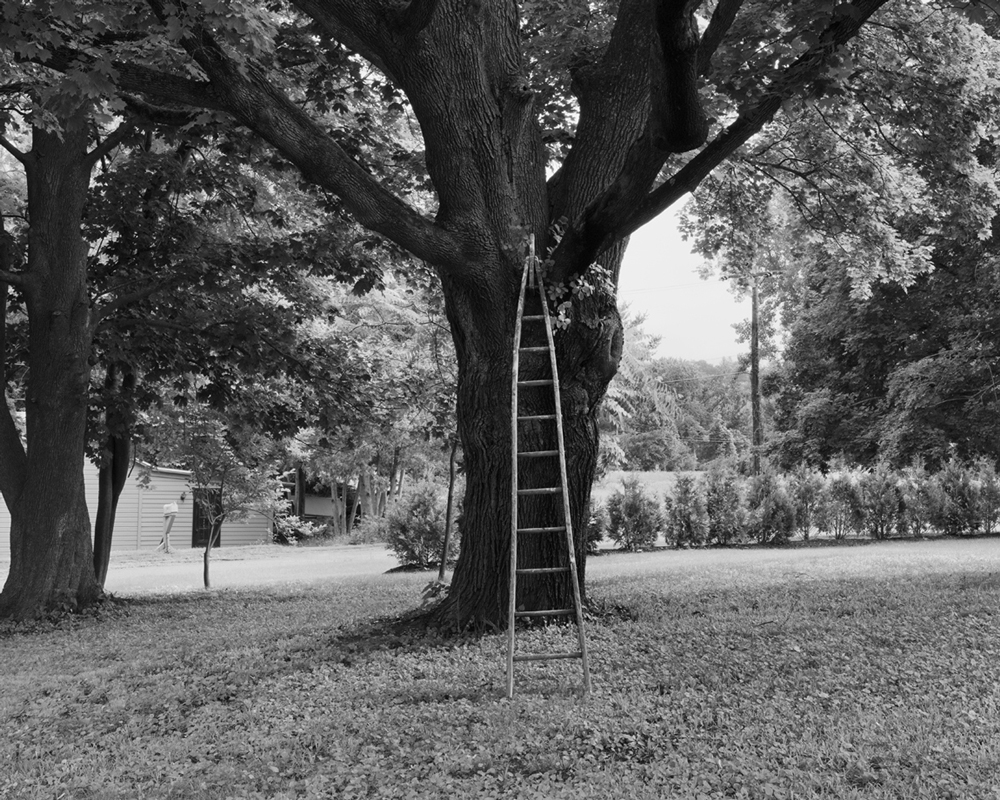 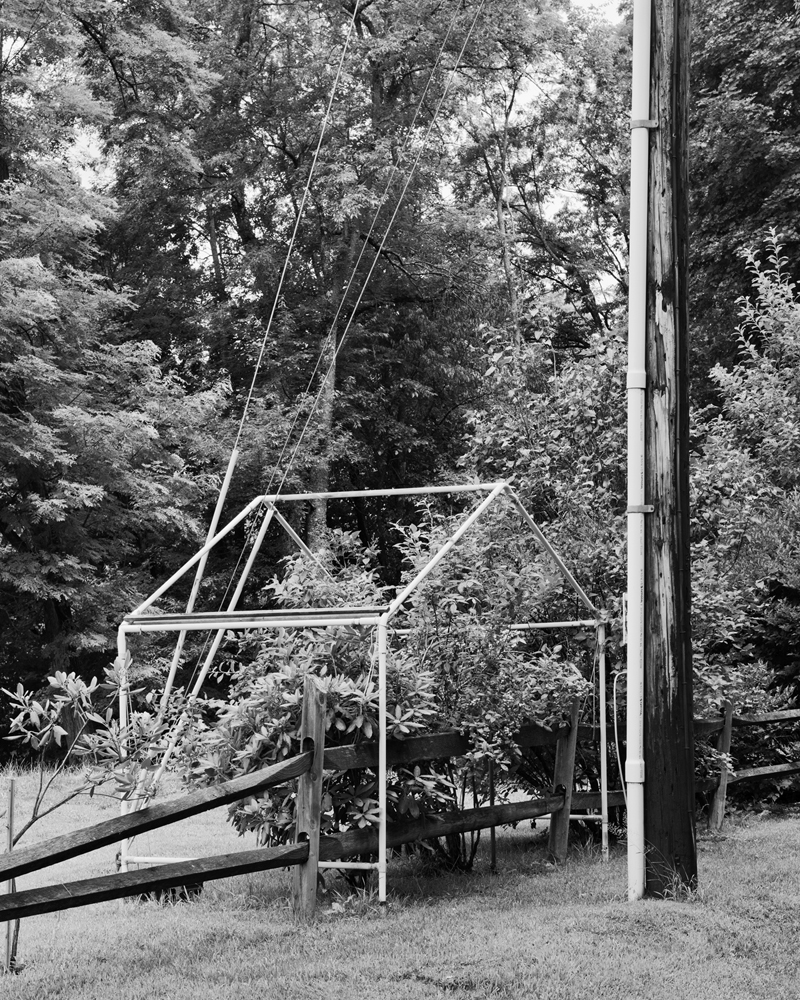 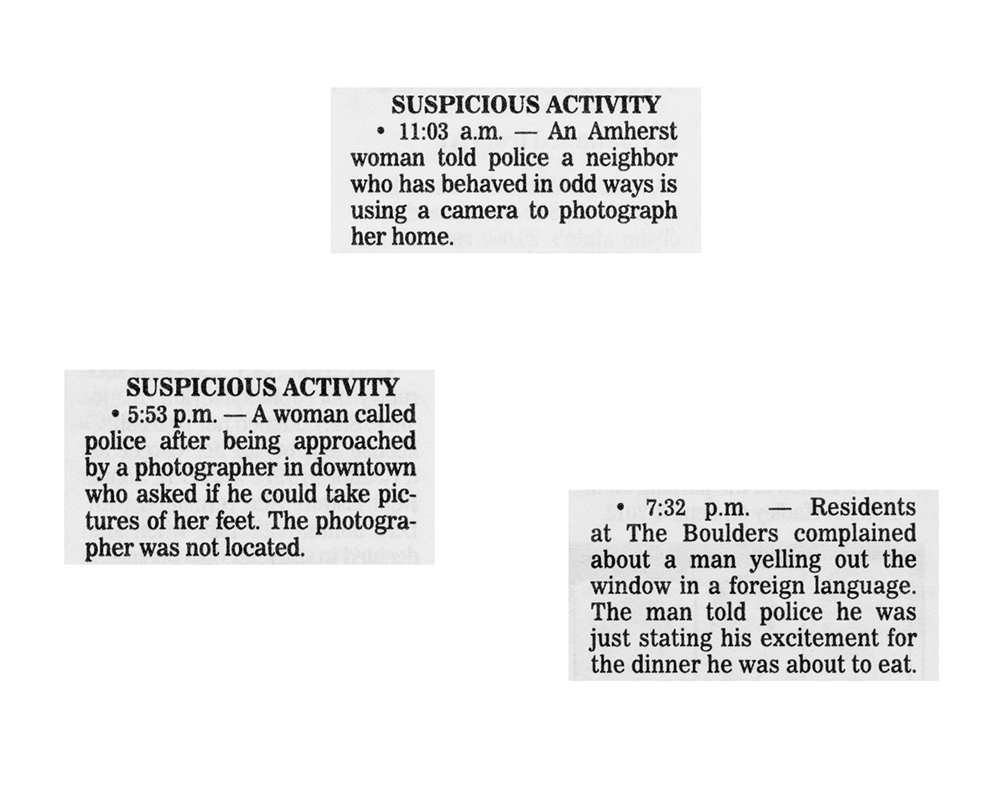 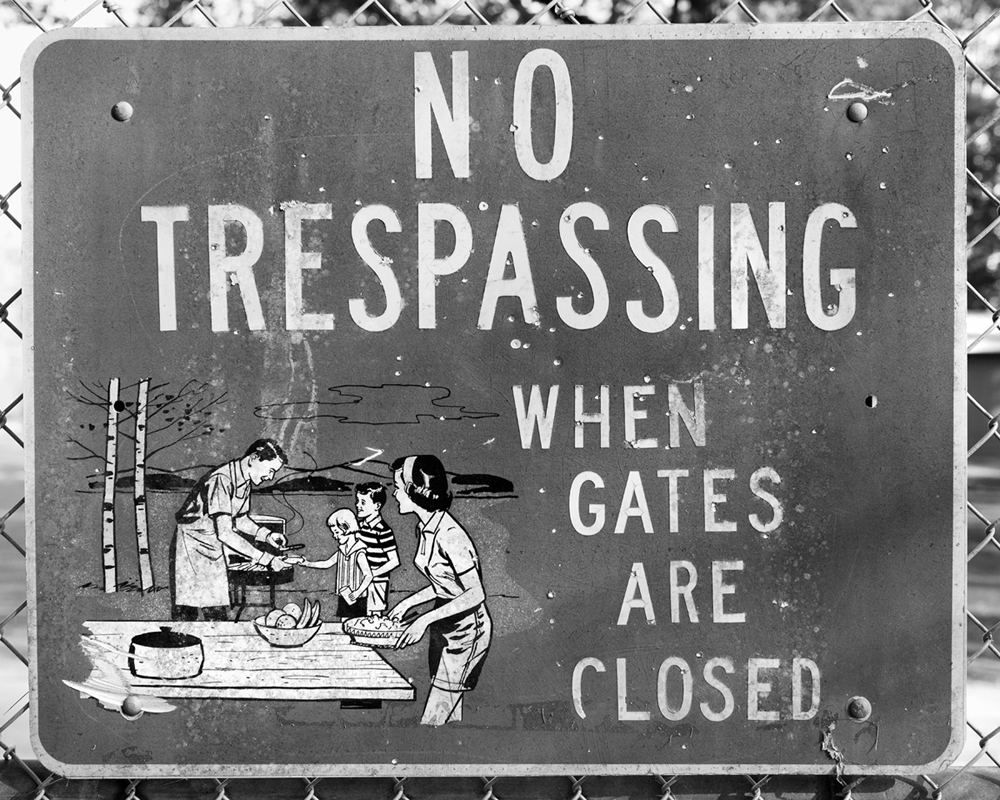 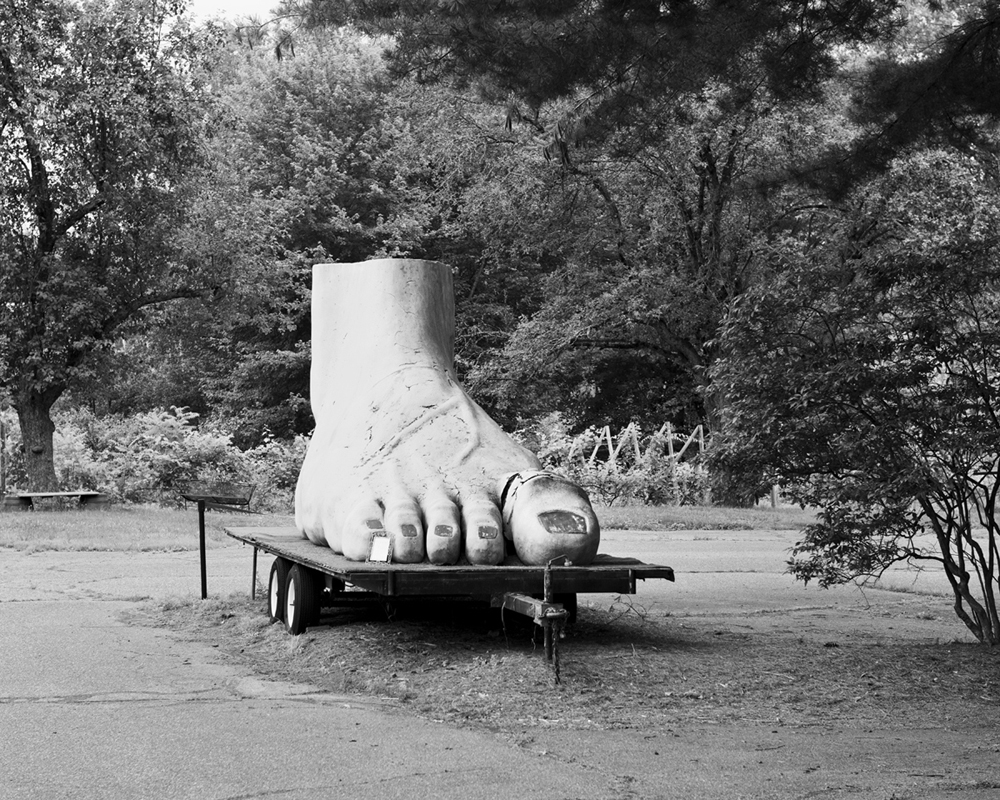 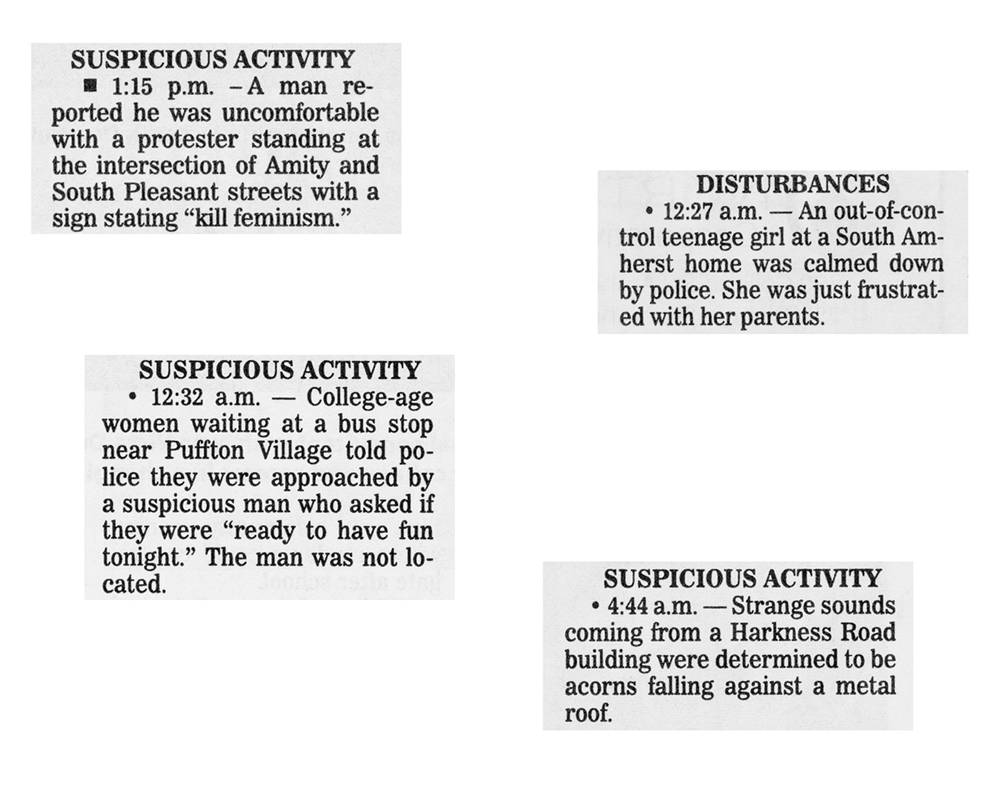 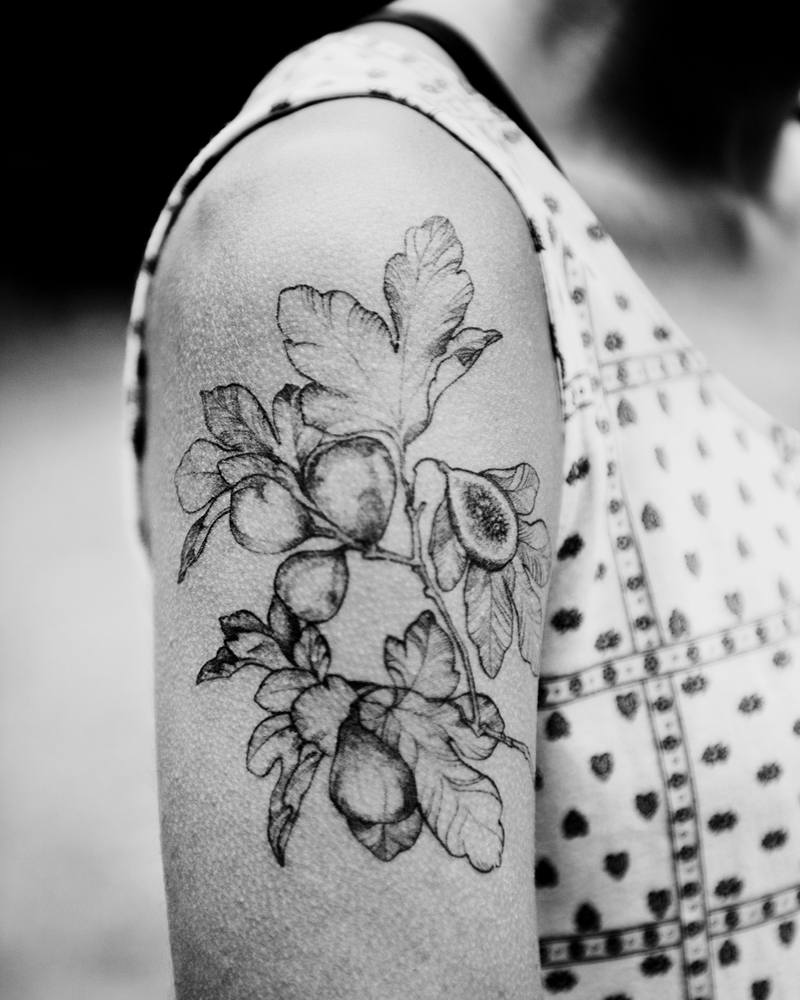 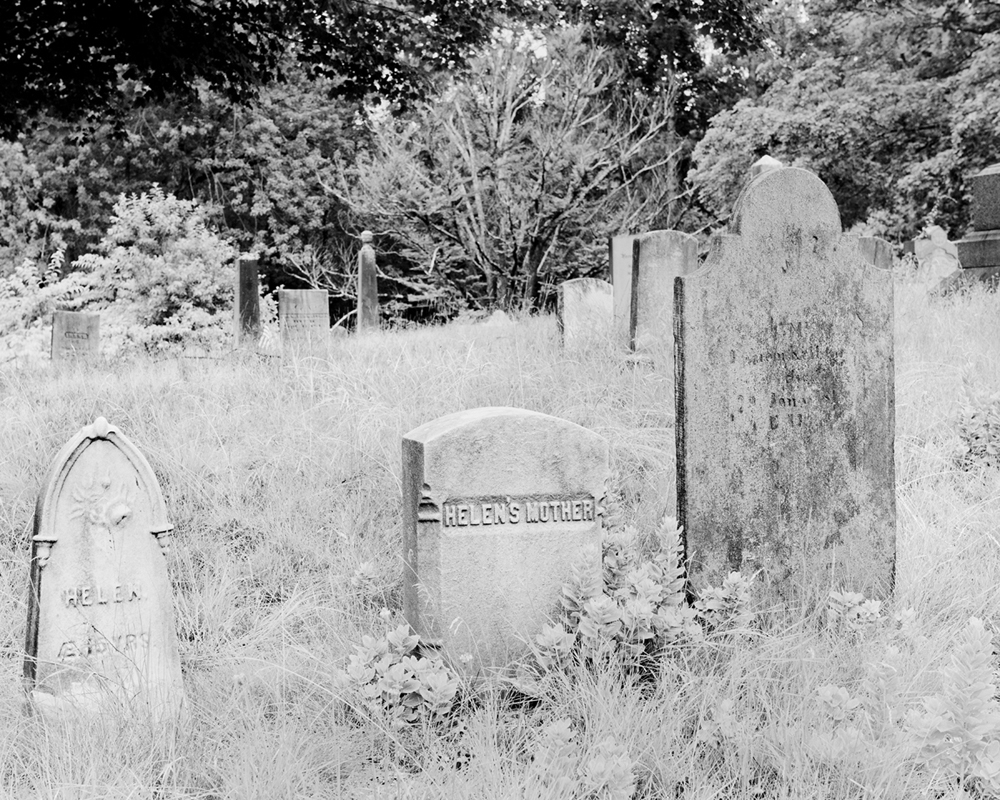 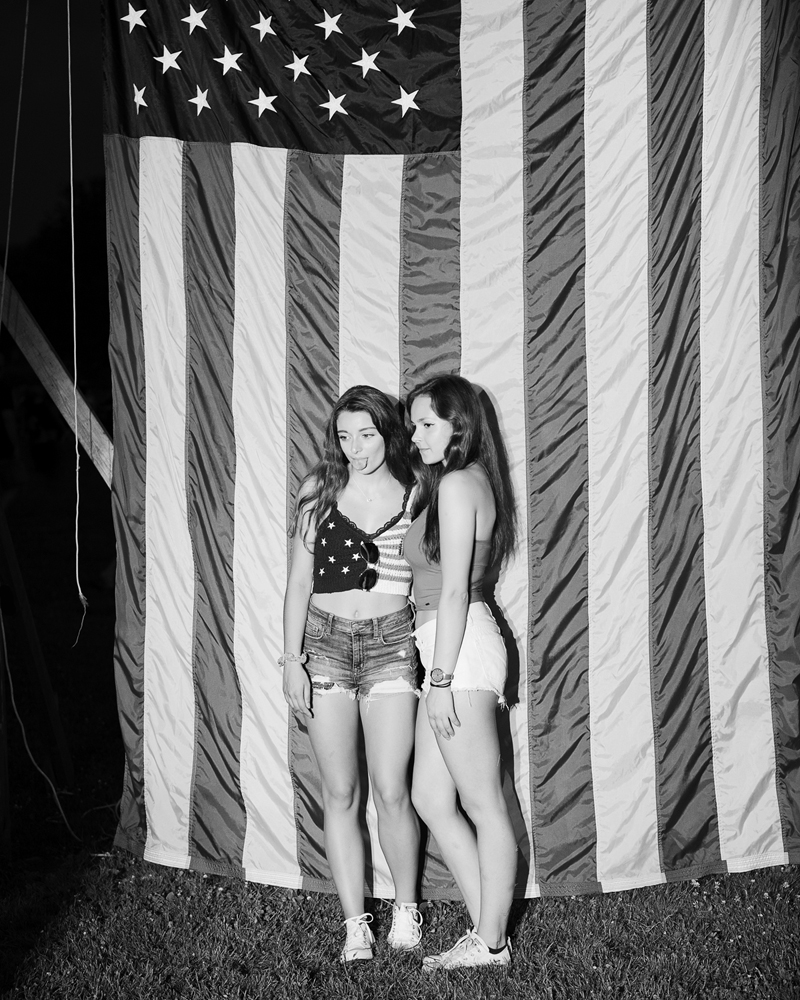 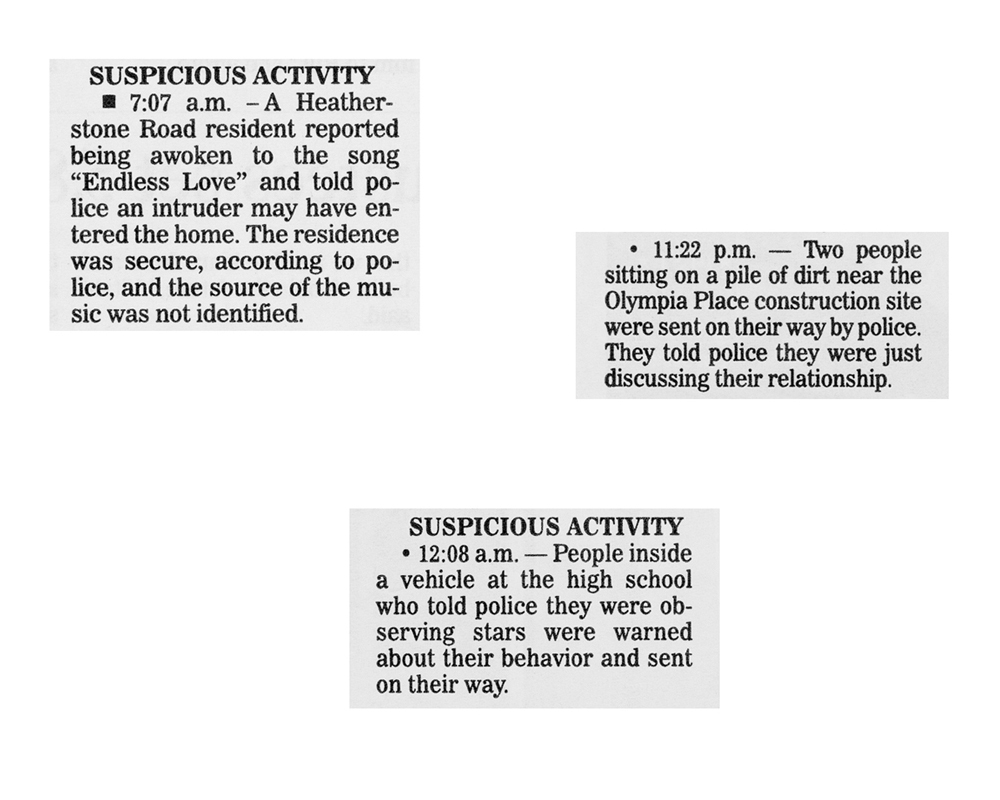 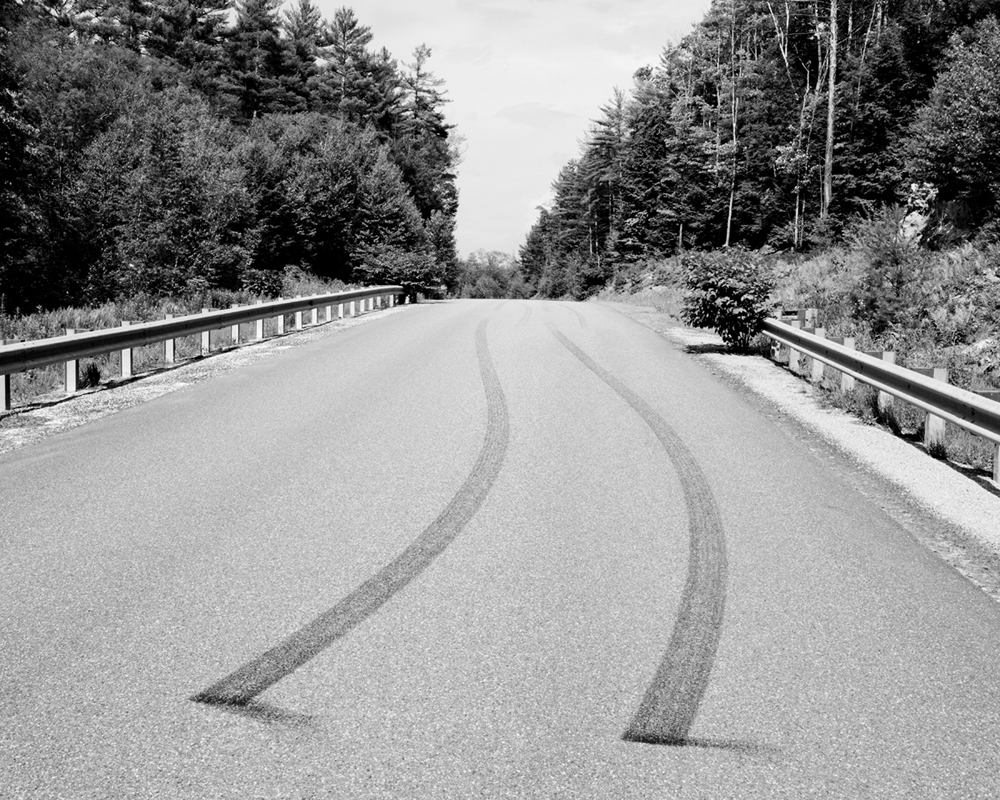 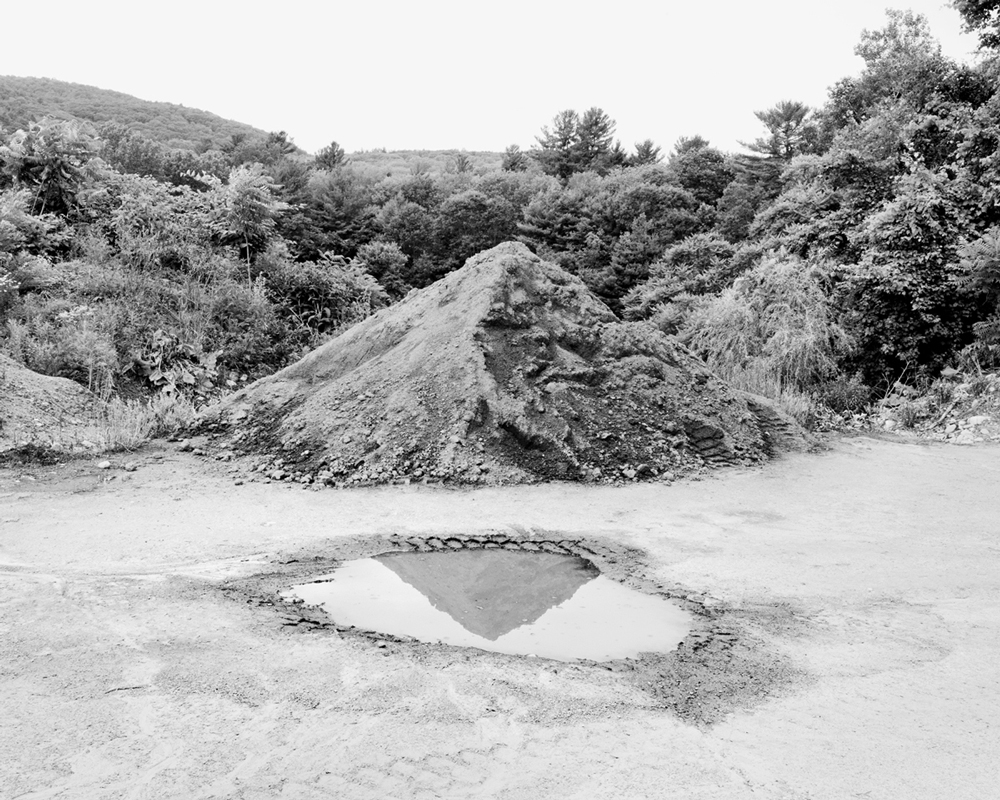 NEXT | Text + Image: Marja Saleva: He is so obsessed with me >
< Text + Image: Alec Soth and Christopher Fausto Cabrera: The Parameters of Our Cage | PREV