Earlier this year, the DNJ Gallery in Los Angeles, featured an exhibition by Canadian photographer David Trautrimas. His other-worldly creations take modern appliances and reassemble them into top secret, Cold War era military outposts. David’s work has resonated with American and Canadian audiences and he has a roster of exhibitions, grants, awards, and publications that reflect that we are children at heart, allowing our imaginations to believe that these habitats are possible.

In The Spyfrost Project, these skunkwork structures, hybrids of both machinery and architecture, stand as colossal weaponized ancestors to common objects such as refrigerators, lawnmowers and washing machines. Fashioned with aspiring futurism, yet an ominous sense of militaristic purpose, these installations link the parallel development of capitalism’s postwar consumer culture and the Military Industrial Complex. 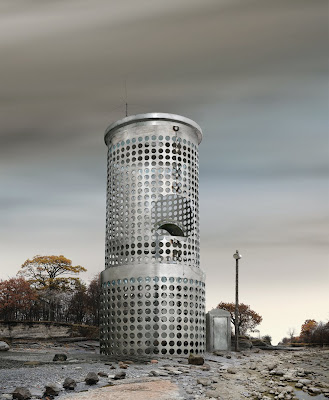 To create these Cold War structures, suitable source materials — such as the previously mentioned refrigerators and lawn mowers — are completely dismantled and photographed, then, by digital means, meticulously reassembled into strikingly original structures. This technique is a continuation of the process used in my previous two bodies of work; those being residential and industrial structures, respectively. 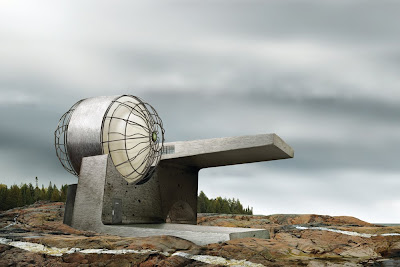 The most dramatic evolution from my previous work is the process for creating the landscape of each structure. For this new series great effort has been taken to photograph landscapes throughout North America that have a direct connection to the narrative of the series. I’ve travelled from one of the epicenters of Cold War activity, Los Alamos and the state of New Mexico, to more regional locales, such as Prince Edward County, home to many Avro Arrow tests, and abandoned Pine Tree and D.E.W radar bases in Central and Northern Ontario. Each location was thoroughly documented, allowing the fictional bases to be situated in the real landscape of the North American Cold War experience. 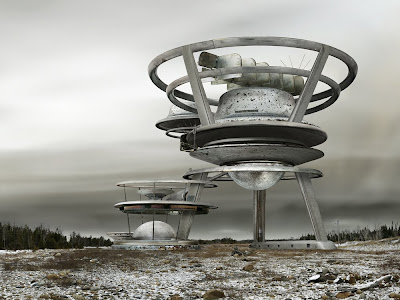 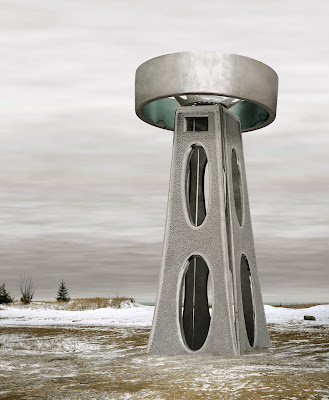 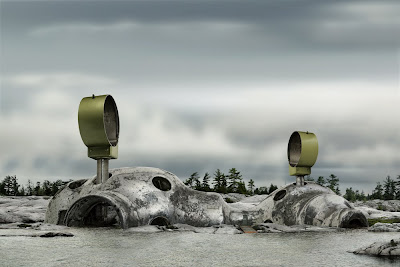