Australian photographer, Polixeni Papapetrou, may live in Melbourne, but her work is circling the globe. Just in 2011, her photographs will be seen in Slovakia, Greece, New York, Aix-en-Provence, Paris, Seoul, Germany, Taipei, and various cities in Australia. 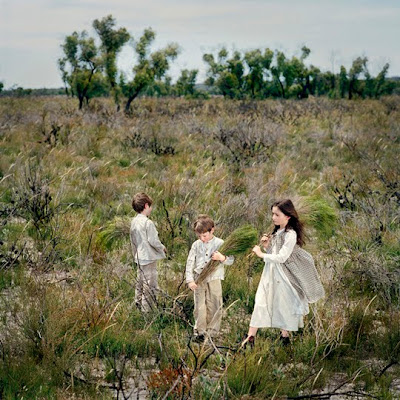 After discovering a work of Diane Arbus, Polixeni was first drawn to photography. Much of her work is inspired by her own childhood in Melbourne. Her surreal images explore dreams, adolescence, and nods to literature such as Alice in Wonderland by Lewis Carroll. Her work is that of a child’s imagination and reminds the viewer of a time when all was possible if you could dream it. The work is staged in the Australian landscape, children take on characteristics of animals, and fanciful beings–she sees children straddling the line of play and imagination, but also forming their identities in the adult world.

“In dressing up and wearing masks, the children, like actors, perform identities other than their own. They appear as something we immediately recognize, but are fantastically hybridized, losing their child identity and adopting the sublime identities of the mask. Beneath the mask, the child’s image is both present and absent, tangible and intangible. They can dream up alternative worlds, but also reflect sardonically upon the one they share with adults.

Many of the landscapes Papapetrou has staged these dramas in are portentous—as if at the edge of a space or the end of an epoch—conveying some of the wonder that children might entertain in entering the animal kingdom. The children as animals dance upon their own liminal world between fantasy and theatre, mythology and reality, archetype and free play, male and female, child and adult and of course animal and human. Within these ambiguities, Papapetrou fathoms the space that children occupy in our understanding and wonder how they might bestride the stage of art.”

NYMPhoto has an interesting interview with Polixeni from 2008

Images from The Dreamkeepers, 2011 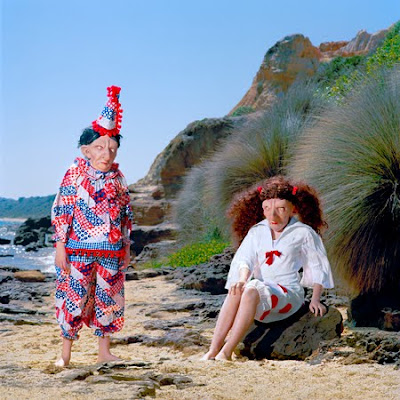 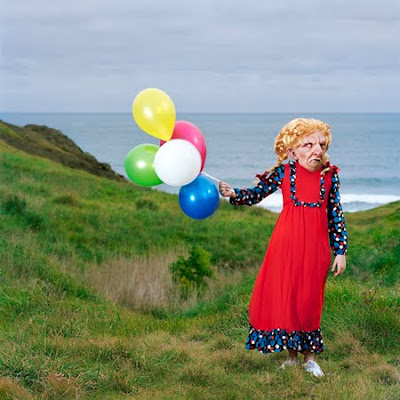 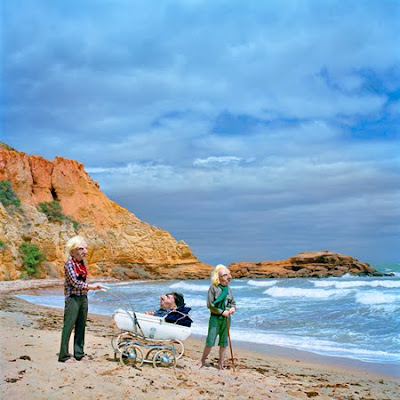 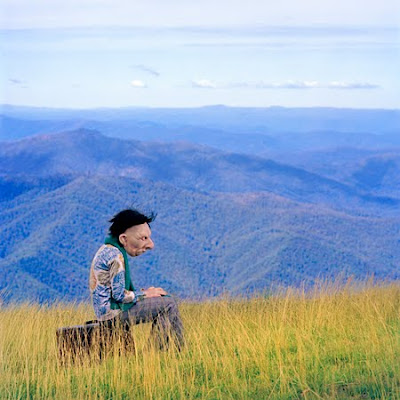 Images from Between Worlds, 2009 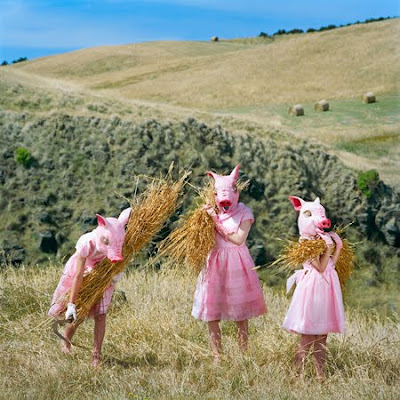 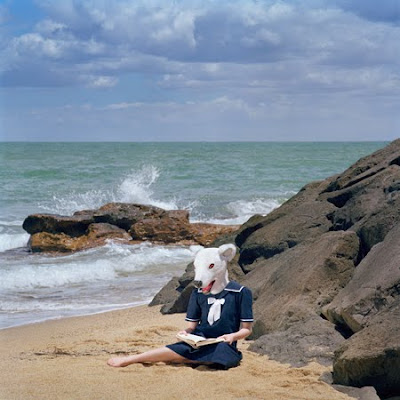 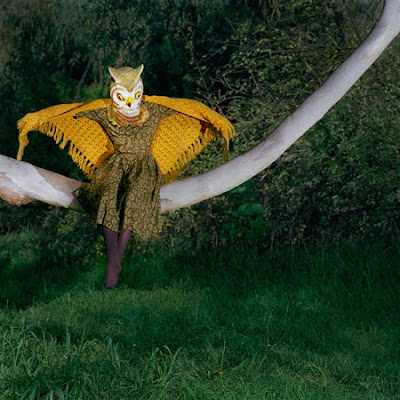 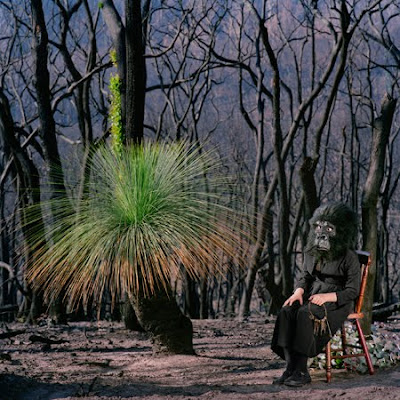 Images from Games of Consequence, 2008 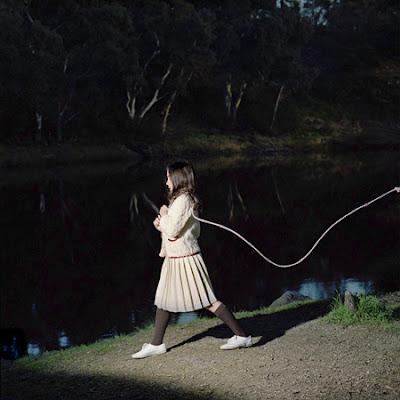 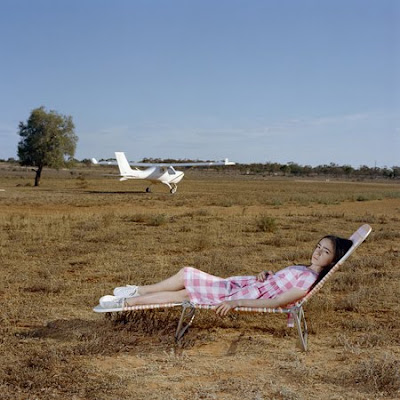 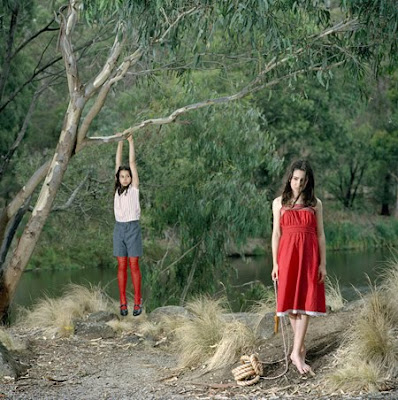 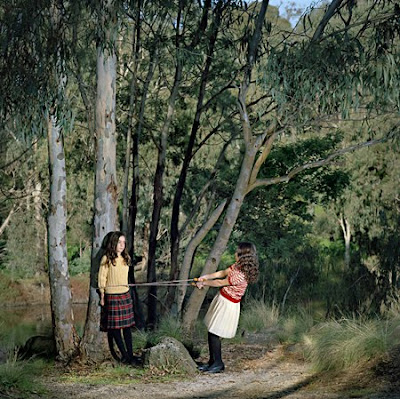 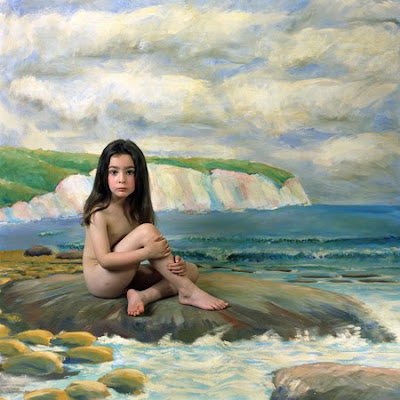 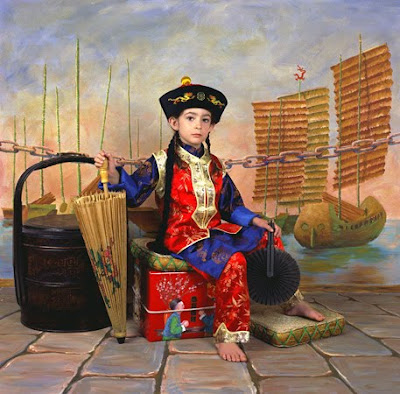 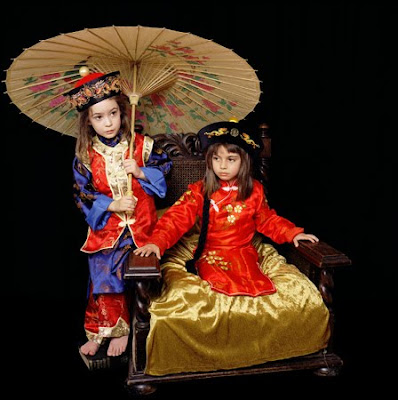 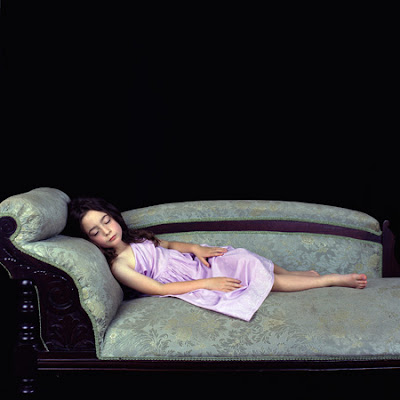