Some weeks ago, I professed my love of all things miniature on Lenscratch, and I was delighted when photographer Dawn Roe, offered up the name of someone I might find of interest, Bill O’Donnell . For his series, Many Rooms, Bill has taken a long forgotten doll house and changed it into a stage for his exploration of being in the world.

A Chicago photographer, Bill was born in Providence, RI and has traversed the country persuing his photographic goals after initially exploring painting and graphic design. He earned his MFA from The School of The Art Institute of Chicago and taught at Loyola University Chicago and the School of the Art Institute before joining the faculty of Illinois State University in 2001 where he is an Associate Professor in Photography.

The National Endowment for the Arts has recognized his work with a Regional Fellowship, and the Illinois Arts Council has awarded him two Artists Fellowships and he has had numerous exhibitions including the Midwest Photographers Project Collection at the Museum of Contemporary Photography in Chicago, The Chicago Project at the Catherine Edelman Gallery, The Seattle Portable Works Collection and the NEA Visual Artists Fellowship Archive. Solo exhibitions include shows at the historic Water Tower Gallery in Chicago, the Chicago Cultural Center and SOHO PHOTO GALLERY in New York.

MANY ROOMS: These pictures are shot in a rusting tin dollhouse. This home serves as a generic domestic setting. For my purposes, it’s also a quirky enough stage-set to play the role of a heavenly home, the endpoint of life’s journey in any promise of an afterlife. I also find it to be a fitting laboratory for the working out of a host of problems inherent in a number of human ideals. 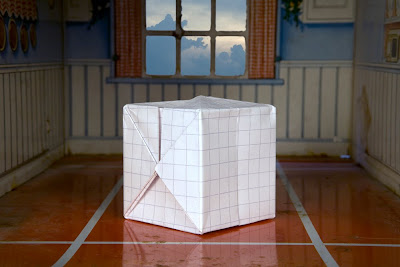 Primarily, inspired by three formal concerns of the Western philosophical tradition, Knowledge, Conduct and Governance, the pictures circle around these essential questions: 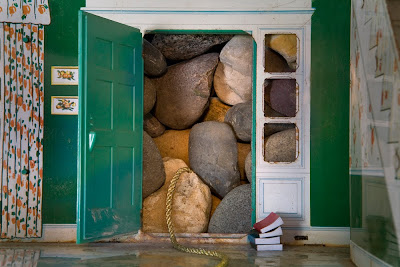 How do we know what we know?
How might one live a virtuous life?
How is one related to one’s society? 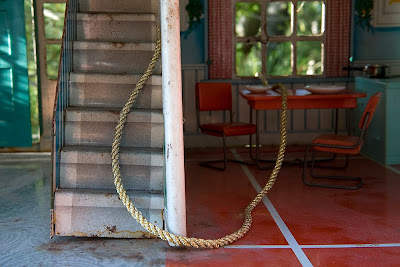 The cycle of acquisition, loss and regaining of knowledge can range from the maturity and death of a wise teacher to the building and destruction of a great library. In my pictures, piles of dust, ash and books suggest the frail, ephemeral nature of both the human body and any treasury of accumulated wisdom. 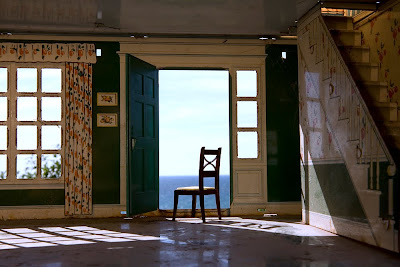 The utility of knowledge and wisdom is represented in Greek mythology and philosophy as a golden thread; the one that leads Theseus safely back from the depths of the Minotaur’s labyrinth is repeated as Plato’s golden cord, a path of Reason that guides one safely through the maze of appetite and emotions. A golden cord weaves its way throughout the dollhouse in this work. 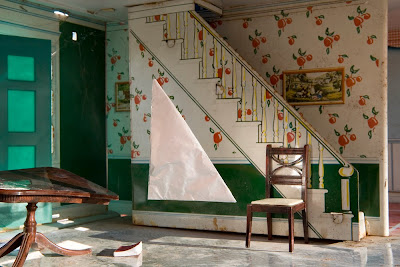 The ideal world of geometric forms has been used for centuries to suggest the existence of other, equally immutable truths. Humble, clunky, but implicitly transcendent geometric forms appear in some of these pictures. 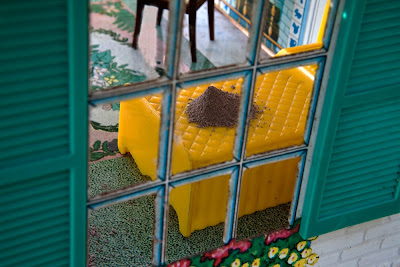 Finally, the tension between individual liberty and social responsibility is often viewed as a threshold to be honored or crossed. In many images, I use windows and doors, the liminal membranes between public and private, to address questions of tension between society and the individual. 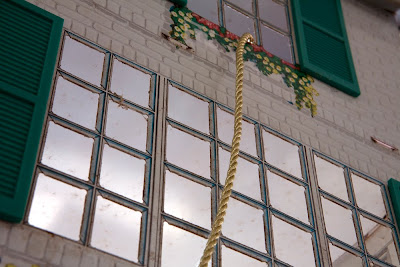 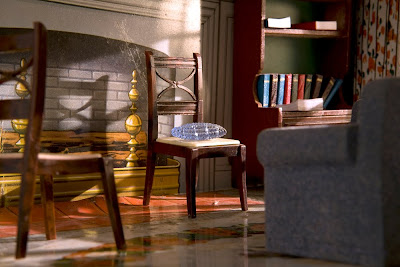 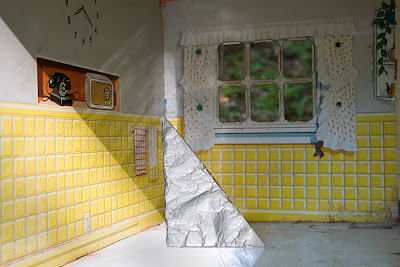 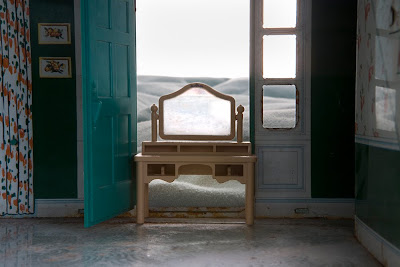 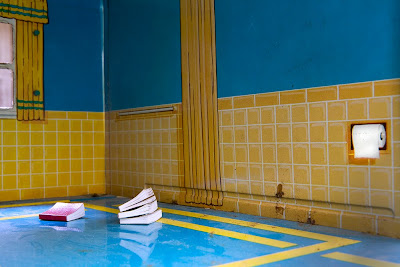 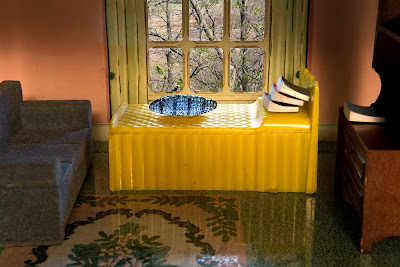 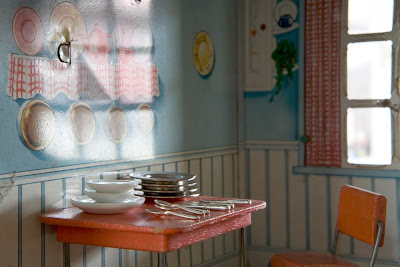 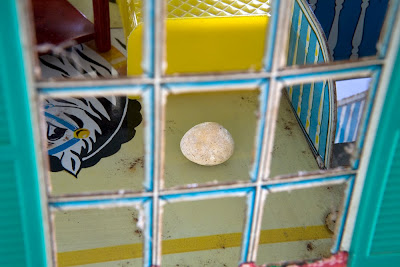 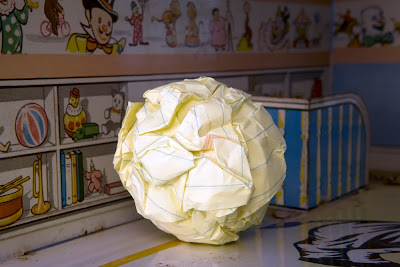