Susan Barnett: Not In Your Face by Aline SmithsonJune 14, 2012

A number of years ago, I met Susan Barnett when she sat down at my table at Center’s Review L.A.  I was reviewing portfolios and knew that I was looking at a body of work that “had legs”.  Well, those legs have grown arms, a torso, and a head full of possibilities.  I am so thrilled to share the news that Not In Your Face has reached gallery walls with Susan’s first solo exhibition at the DeSantos Gallery in Houston.  The show opens on Saturday, June 16th, with an opening that begins at 5:30pm.  Susan also recently announced that the Library of Congress has purchased three prints from this project. And there is a lot more good news on the horizon.

This is a project that I often show in my classes because it is complex in it’s simplicity.  She shows us what we are communicating at this point in history, via the great leveler, the T-Shirt. Susan finds themes of self expression, explores the idea of personal advertisement, and ultimately, makes us look at our humanity with a sense of humor and a sense of reality.

This might be Susan’s first solo gallery exhibition but by no means has she been laying low.  Her work has been exhibited and published all over the world, and in 2013, she will have another solo exhibition at the Center for Fine Art Photography in Ft. Collins, Colorado. She lives in New York City and comes to photography after a career as a gallery director. 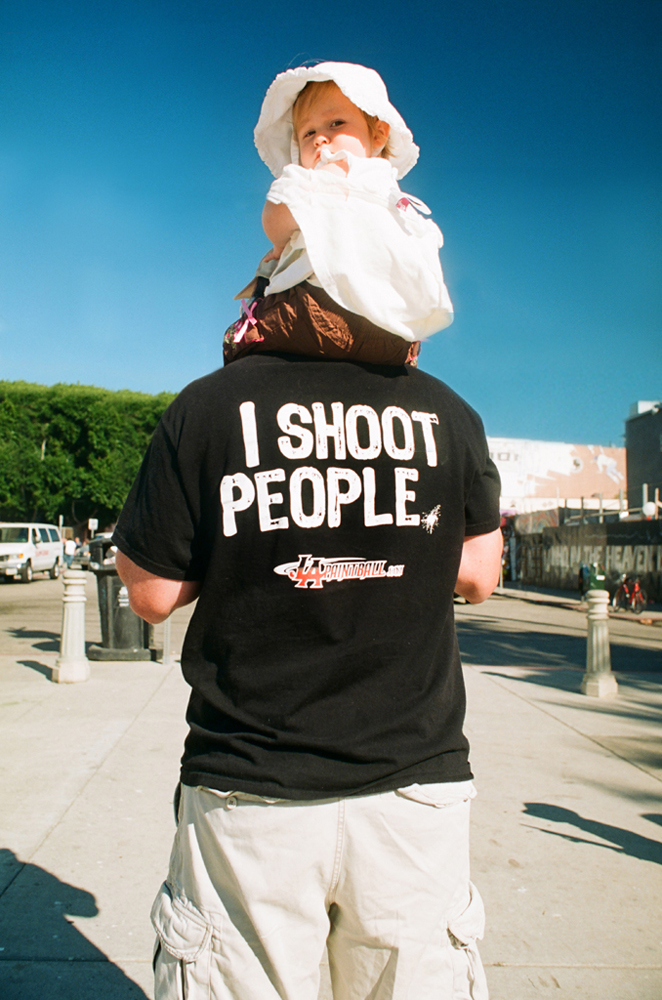 In the series “Not In Your Face” the t-shirt is starkly evident but these photographs are not about the t-shirt per se. They are about identity, validation and perception. I look for individuals who stand out in a crowd by their choice of the message on their back and  for those people willing to pose for me. The messages are combinations of pictures and words that are appropriated from contemporary culture but have the unique effect of mixing up meanings and creating new meanings. 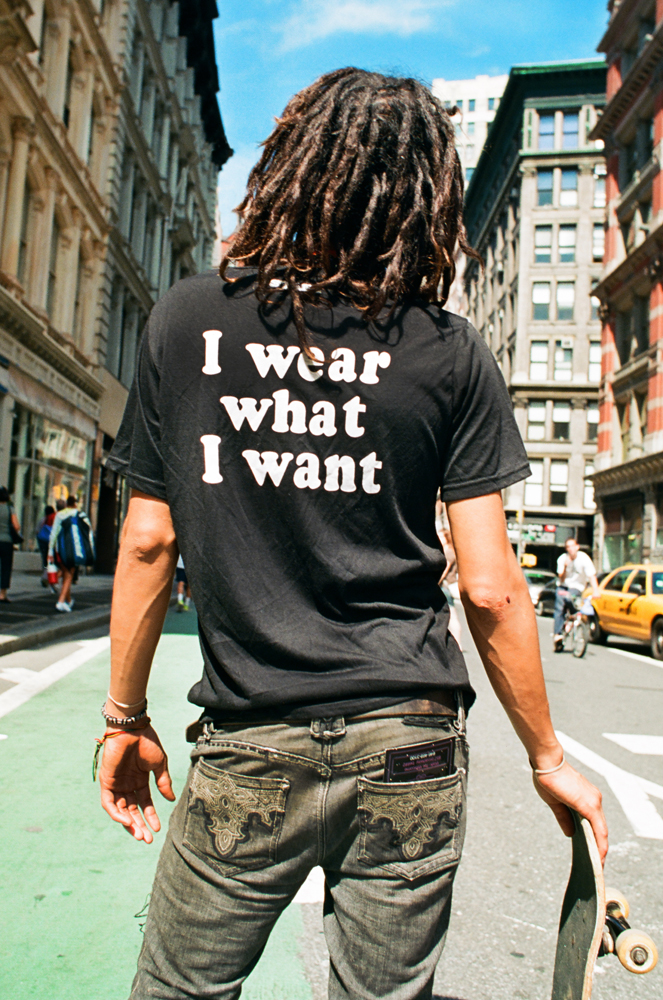 On the streets these personalities create their own iconography that explore the cultural, political and social issues that have an impact on our everyday lives. The t-shirt “performs a function of identifying an indvidual’s social location instantly”.  In the early months of 2012, the LA Times ran a front page article describing the emergence of the t-shirt and hoodie as a staple of the protest movement worn in support of Trayvon Martin, a young man gunned down in Florida that became a cause célèbre throughout the nation. 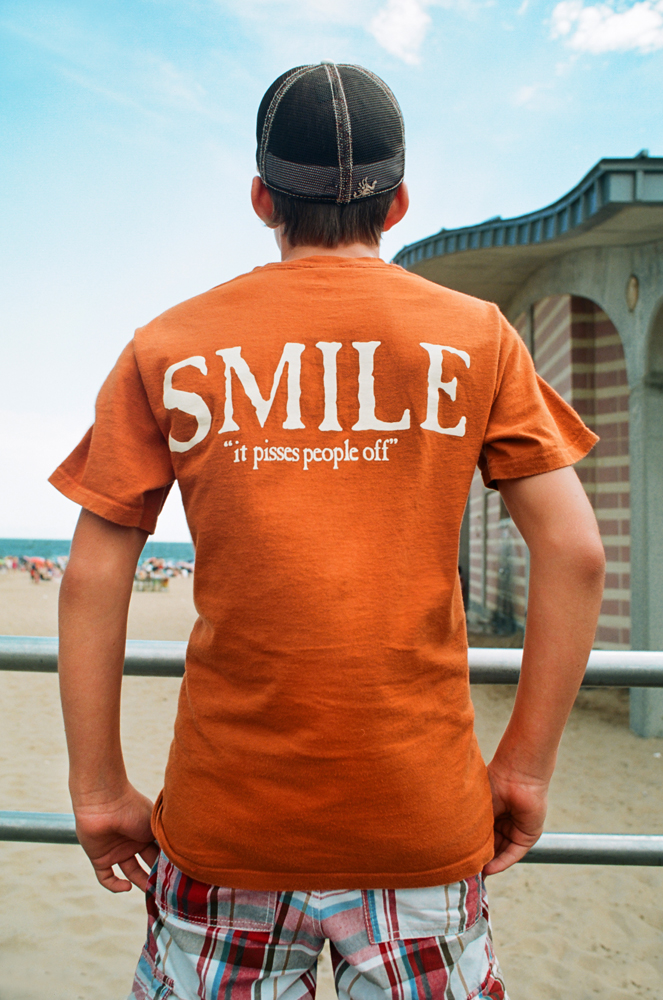 The Trayvon Martin protest T-shirt has become a staple at rallies across the country, and it’s difficult to think of another item of clothing more representative of the nation’s twitchy zeitgeist in April 2012. Sometimes it seems as though the old-fashioned medium of the cotton t-shirt has done as much as the Internet to spread the memes associated with the tragedy through the country — and the world. 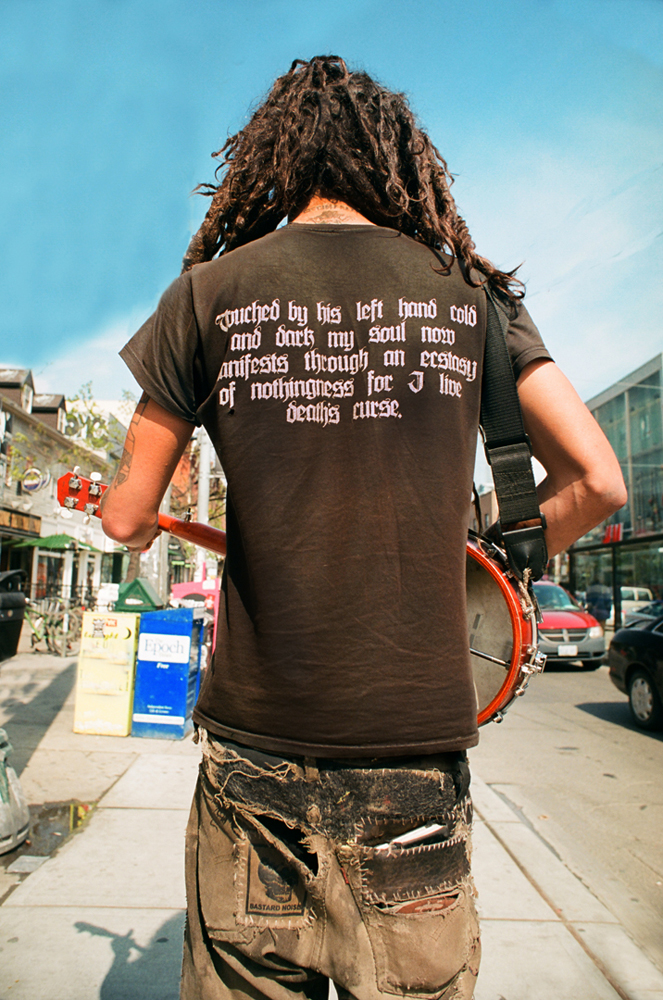 In these photographs we witness a chronicle of American subcultures and vernaculars which illustrate the current American identity. These photographs demonstrate how these individuals wear a kind of “badge of honor or trophy” that says “I belong to this group not the other”. T-shirts speak to like-minded people; a particular t-shirt may be meaningful to those with different views and affiliations. 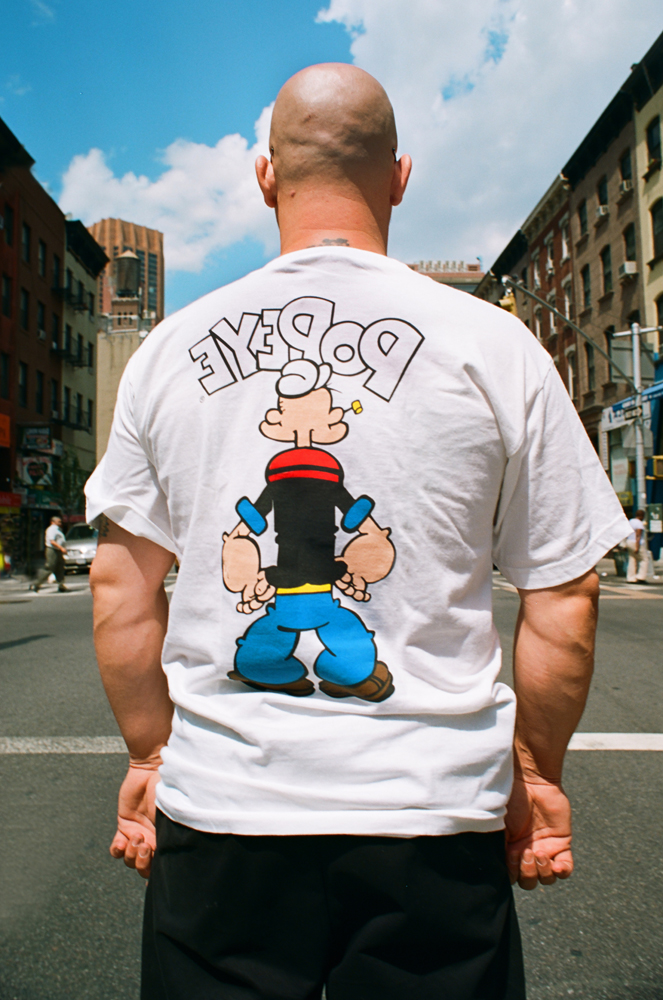 Each one of these people reveal a part of themselves that advertises their hopes, ideals, likes, dislikes, political views, and personal mantras. “The t-shirt speaks to issues related to ideology, differences, and myth: politics, race, gender and leisure”. 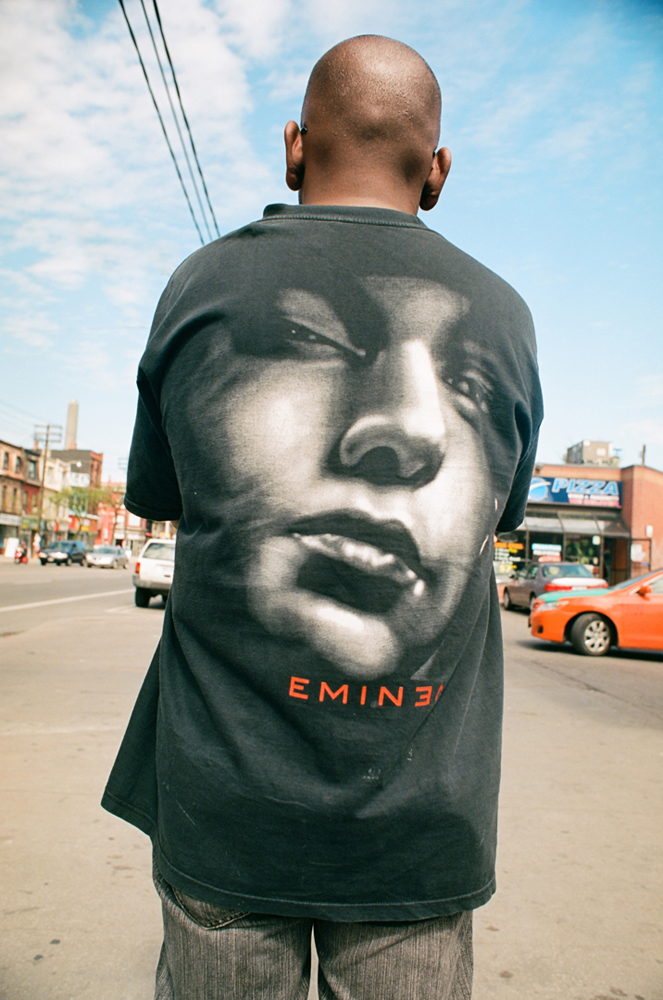 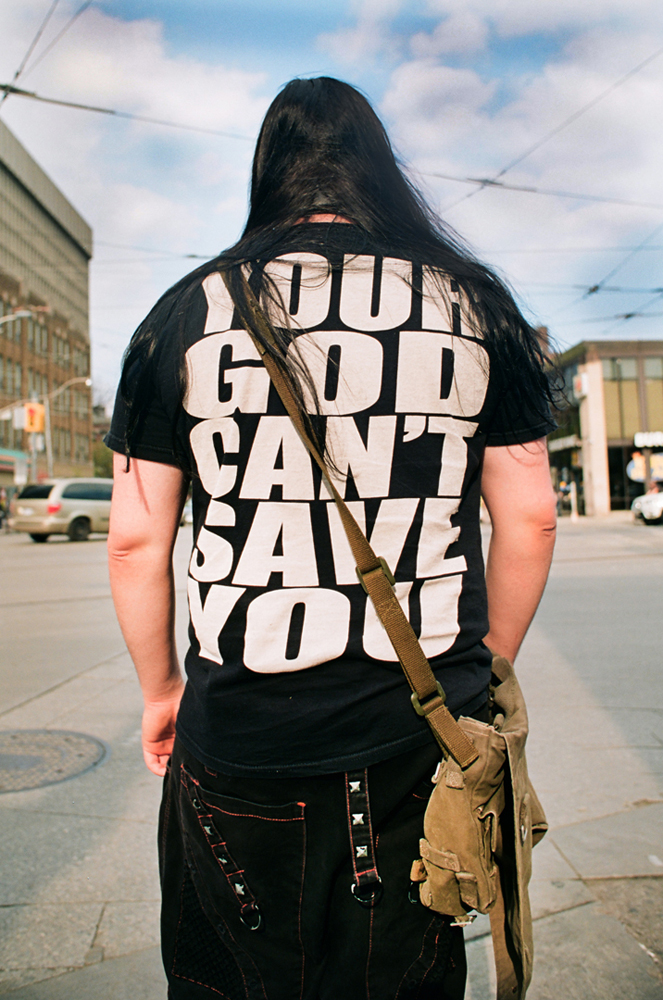 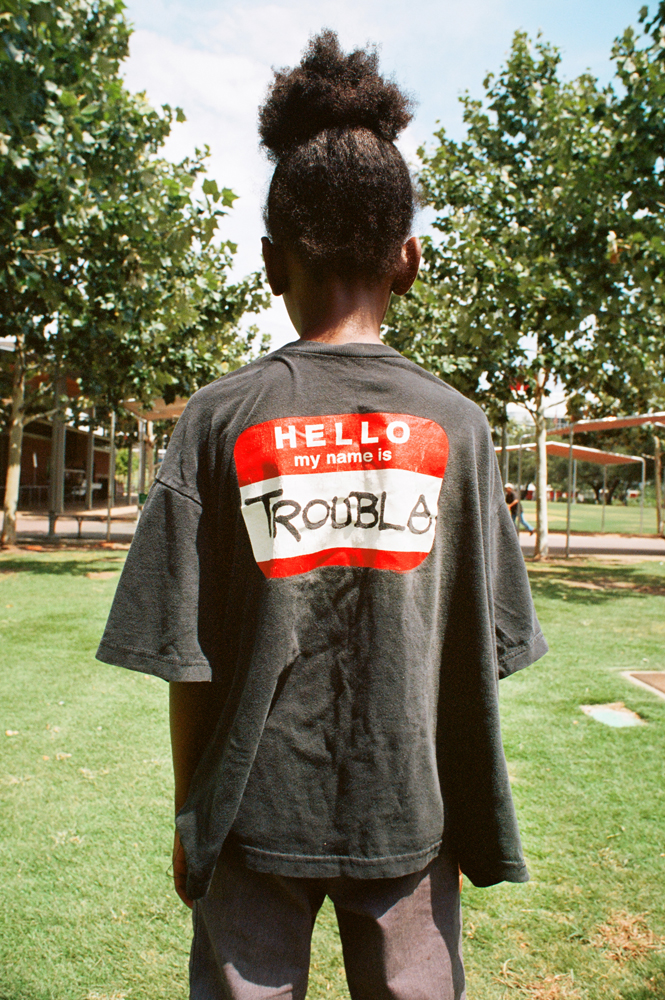 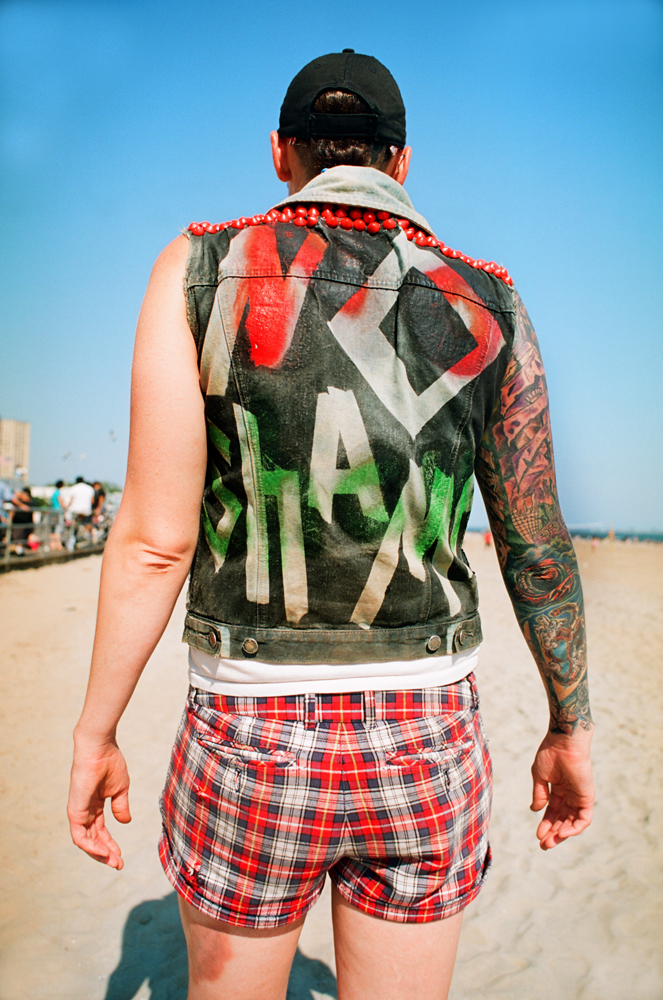 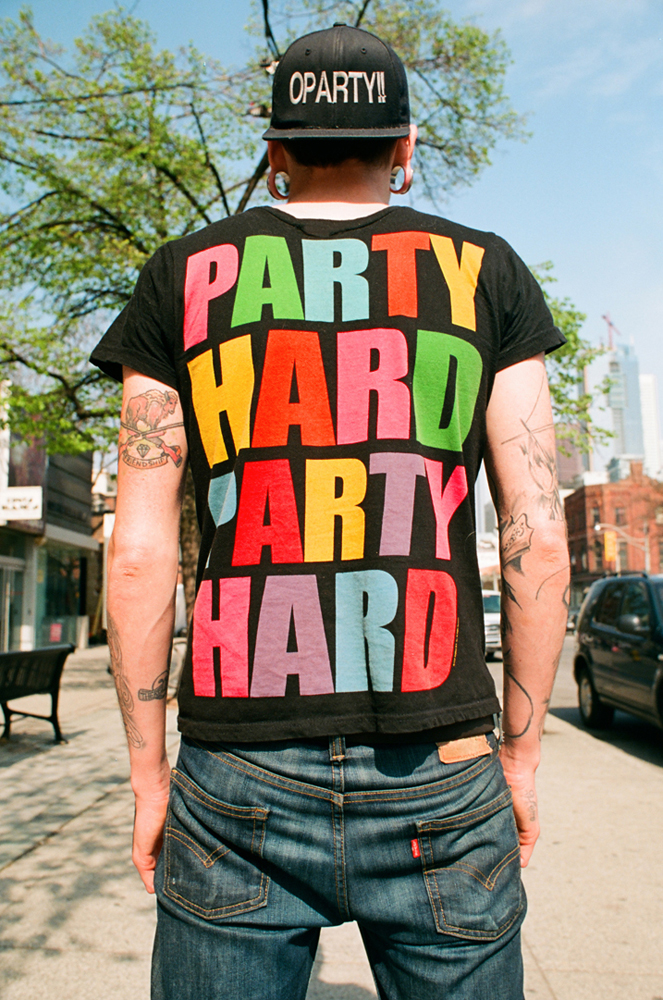 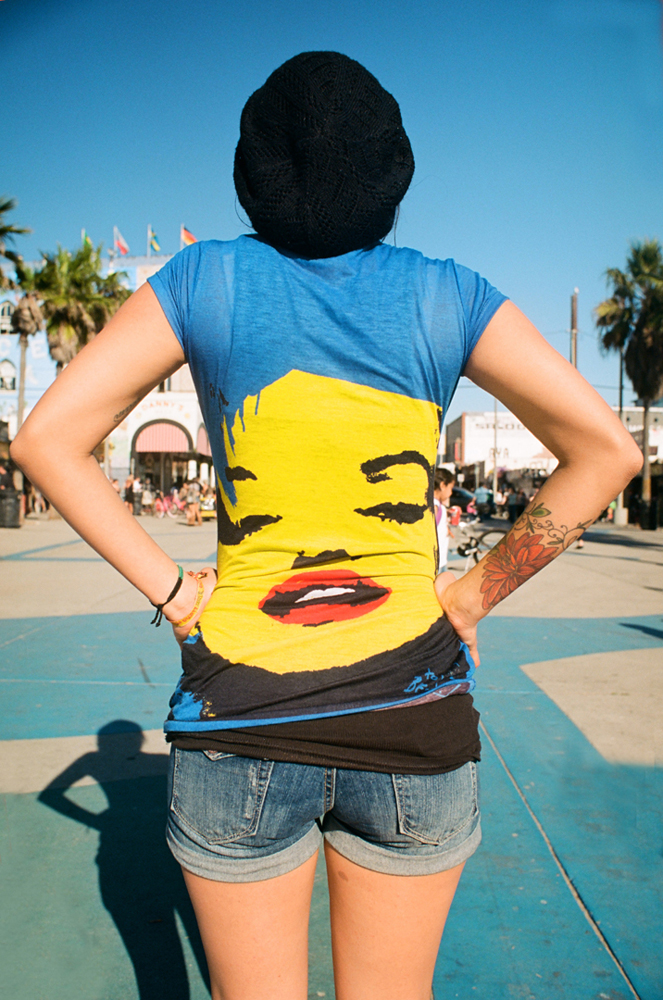 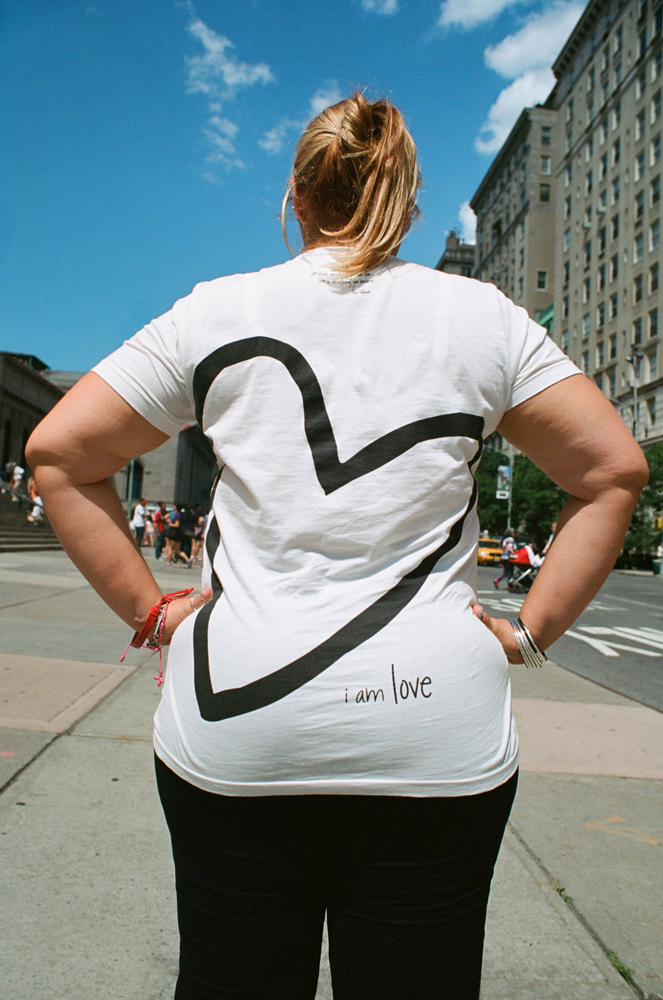 I believe the power of each portraitʼs meaning becomes apparent from the juxtaposition of many images. It is a universe of individuals but when seen in groups they  create a picture of our time without the imposition of judgment. Is this democracy at work? We may feel we know more about these individuals than we really do. What is their story? Here their individual mystery is preserved and the power of photography can celebrate our urge to unravel it. 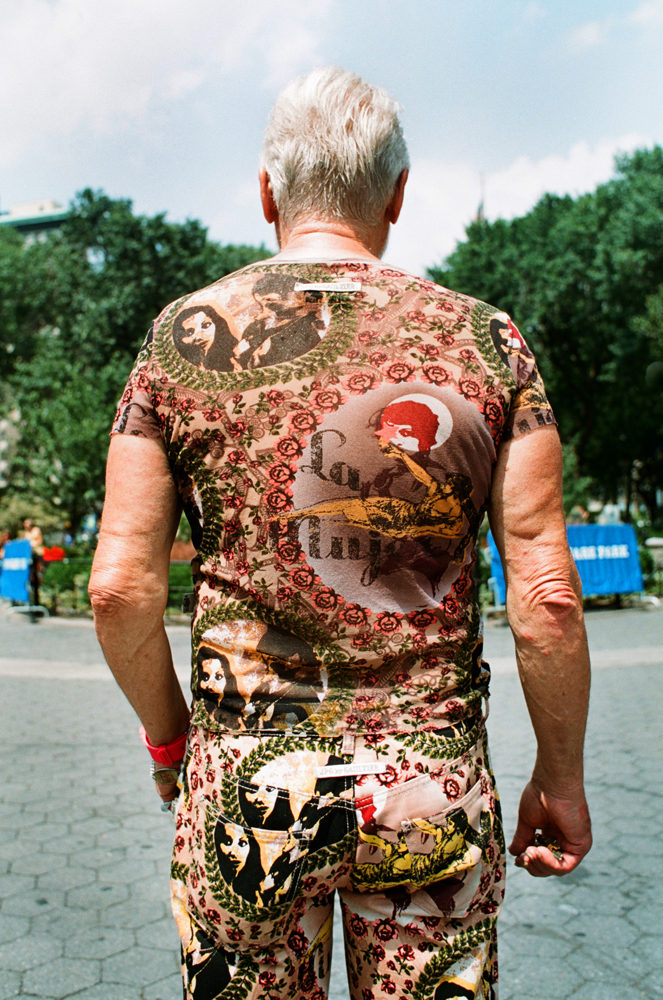 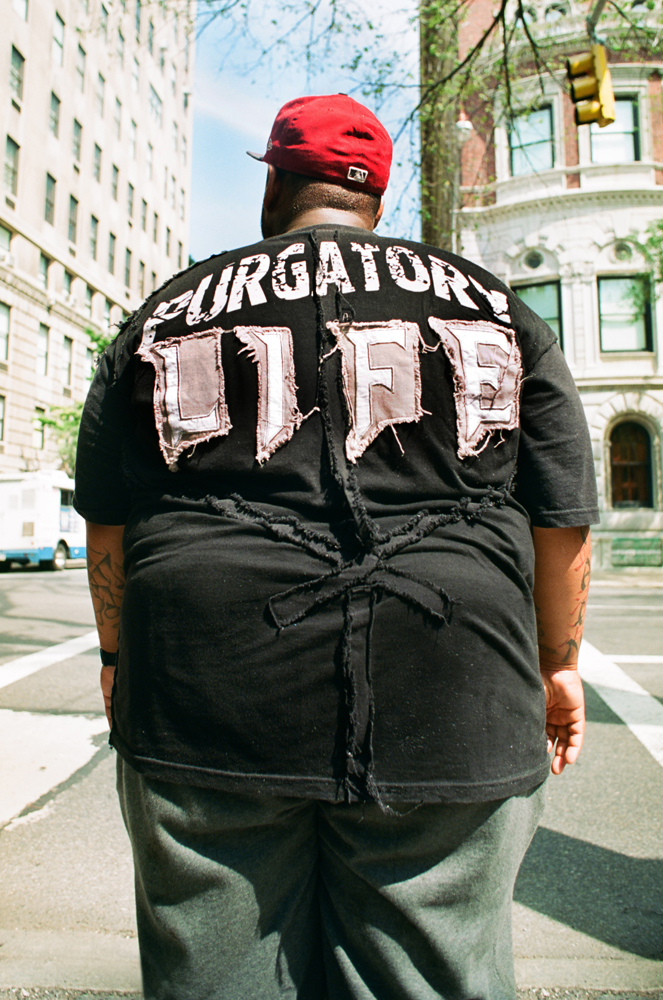 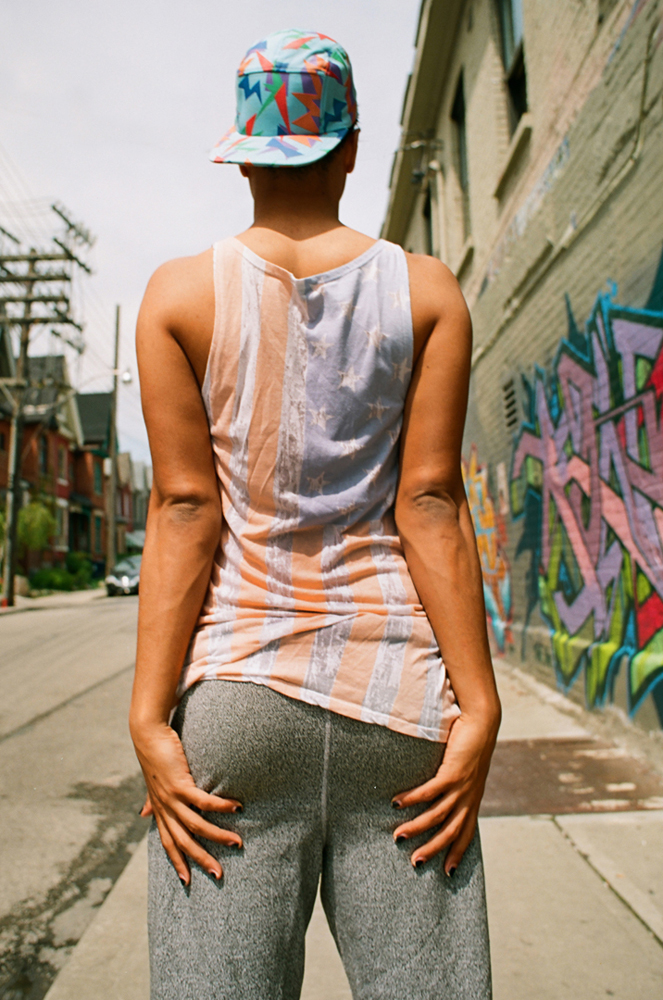 NEXT | Interview with Cig Harvey: YOU Look At ME Like An EMERGENCY >
< Matthew Gamber: Any Color You Like | PREV