Sometimes the work we create, though powerful at the time, continues to be relevant, historical, and just plain interesting over the course of time. Thirty years ago, Los Angeles photographer, Thomas Michael Alleman, was a freelance newspaper reporter in San Francisco, where one of the publications he worked for focused on gay press.  He found himself in the middle of the AIDS crisis and San Francisco in it’s Castro District heyday, and captured a community in crisis, but also a community that was very much alive.

Recently Thomas created a Kickstarter campaign which successfully reached it goal: to mount an exhibition: Dancing in The Dragon’s Jaws: Photographs of Gay San Francisco, 1985-1988 at the San Francisco Public Library.  In four weeks, Thomas was able to print and frame 53 large photographs and the exhibition opened on December 1st, and is still currently on view. 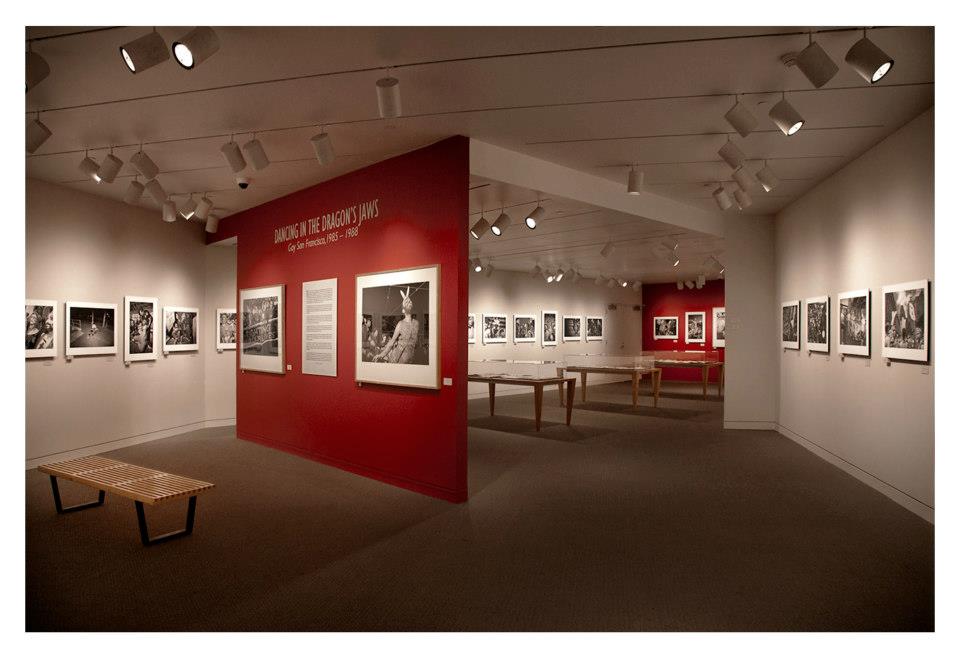 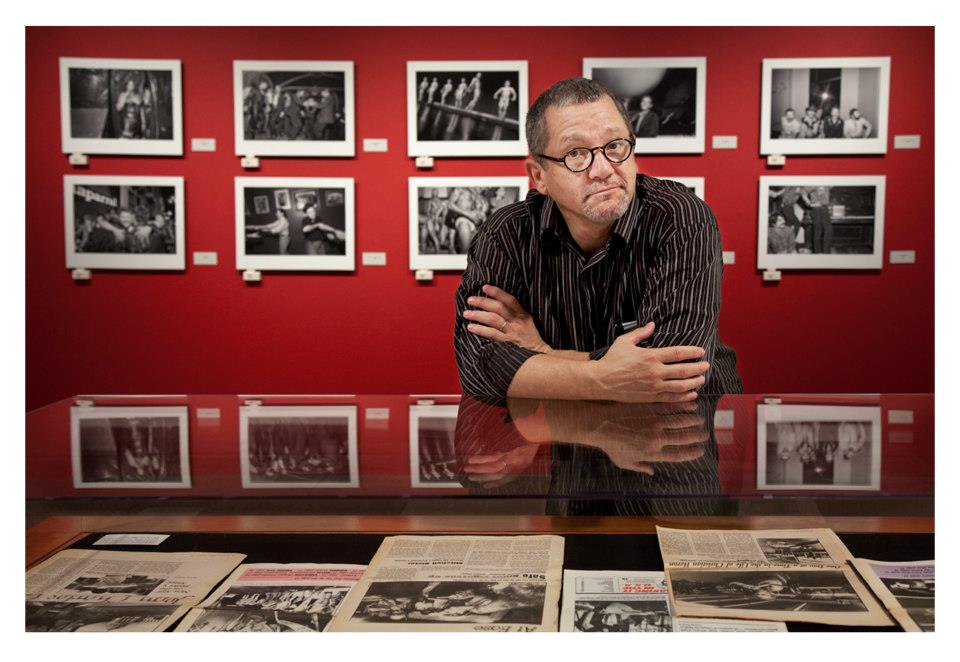 Thomas was born and raised in Detroit, where his father was a traveling salesman and his mother was a ceramic artist. He graduated from Michigan State University with a degree in English Literature. During a fifteen-year newspaper career, Tom was a frequent winner of distinctions from the National Press Photographer’s Association, as well as being named California Newspaper Photographer of the Year in 1995 and Los Angeles Newspaper Photographer of the Year in 1996. As a magazine freelancer, Tom’s pictures have been published regularly in Time, People, Business Week, Barrons, Smithsonian and National Geographic Traveler, and have also appeared in US News & World Report, Brandweek, Sunset, Harper’s and Travel Holiday. Tom has shot covers for Chief Executive, People, Priority, Acoustic Guitar, Private Clubs, Time for Kids, Diverse and Library Journal. Tom exhibited “Social Studies”, a series of street photographs, widely in Southern California. He’s currently finishing “Sunshine & Noir”, a book-length collection of black-and-white “urban landscapes” made in the neighborhoods of Los Angeles. “Sunshine & Noir” had it’s solo debut at the Afterimage Gallery in Dallas in April, 2006. Subsequent solo exhibitions include: the Robin Rice Gallery in New York in November 2008, the Blue Sky Gallery in Portland, OR in October 2009, the Xianshwan Photo Festival in Inner Mongolia, China, in 2010 and California State, Chico, in 2011.

Dancing in the Dragon’s Jaws

Gay San Francisco, 1985-1988 I began freelancing for San Francisco’s local gay press in early 1986, shortly after the death of Rock Hudson brought sudden national attention to the scope of the AIDS epidemic. Almost overnight, the international media descended on San Francisco, shining a spotlight on the crisis’ perceived Ground Zero, the Castro District. Correspondents and cameramen parachuted in from everywhere, making their way to the hospitals and hospices that were filled with gaunt, rheumy-eyed (young) men. 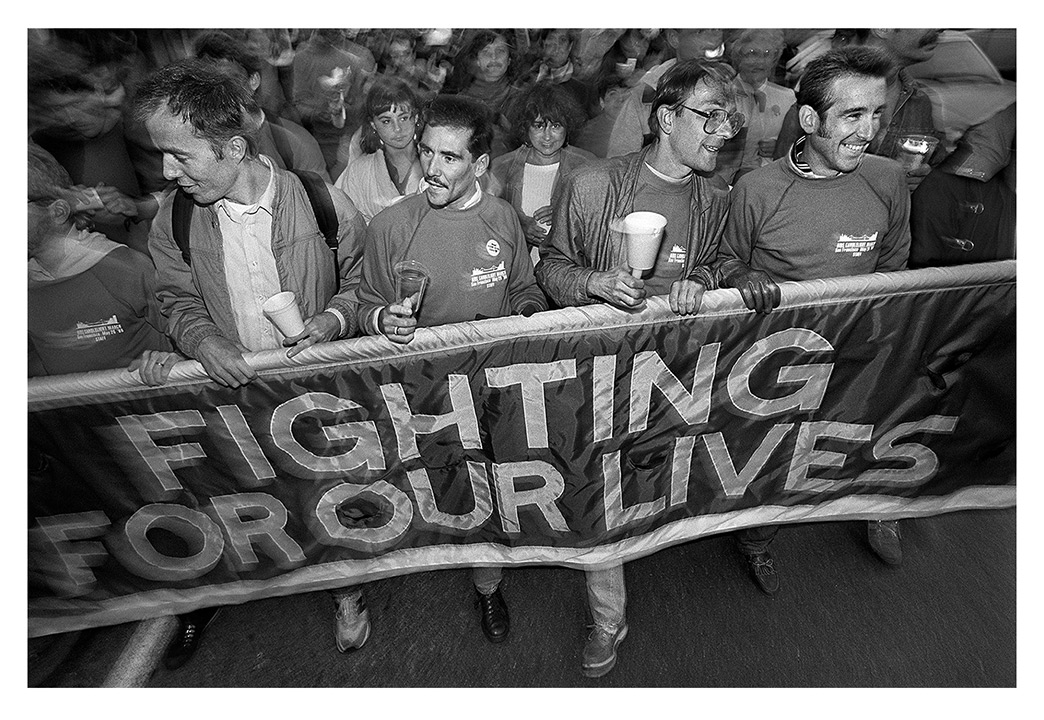 But the gay publications I worked for—locally and, later, nationally—chose to turn their gaze from the stark documentary images of individual carnage that the “straight press” pursued, because their readers were already too aware of bedside vigils and funeral arrangements; they didn’t need their “hometown” weekly to recapitulate that dreary, daily horror. Instead, we maintained our focus on the community at large, and reported on the public, communal response of that very diverse group to the descending nightmare. 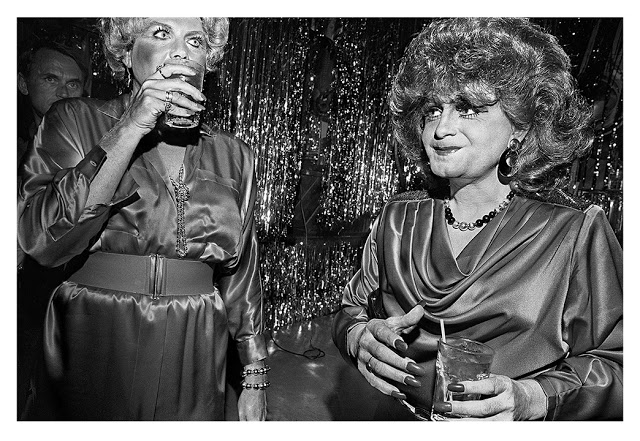 We reported and photographed a blizzard of protests and demonstrations, vigils and marches and sit-ins, as the community struggled for social and political recognition of the crisis. We photographed groundbreaking gay candidates for public office, who sought change from inside “the system”, as well as street-level activists whose proud, queer anger drove them to hector that system from the outside. 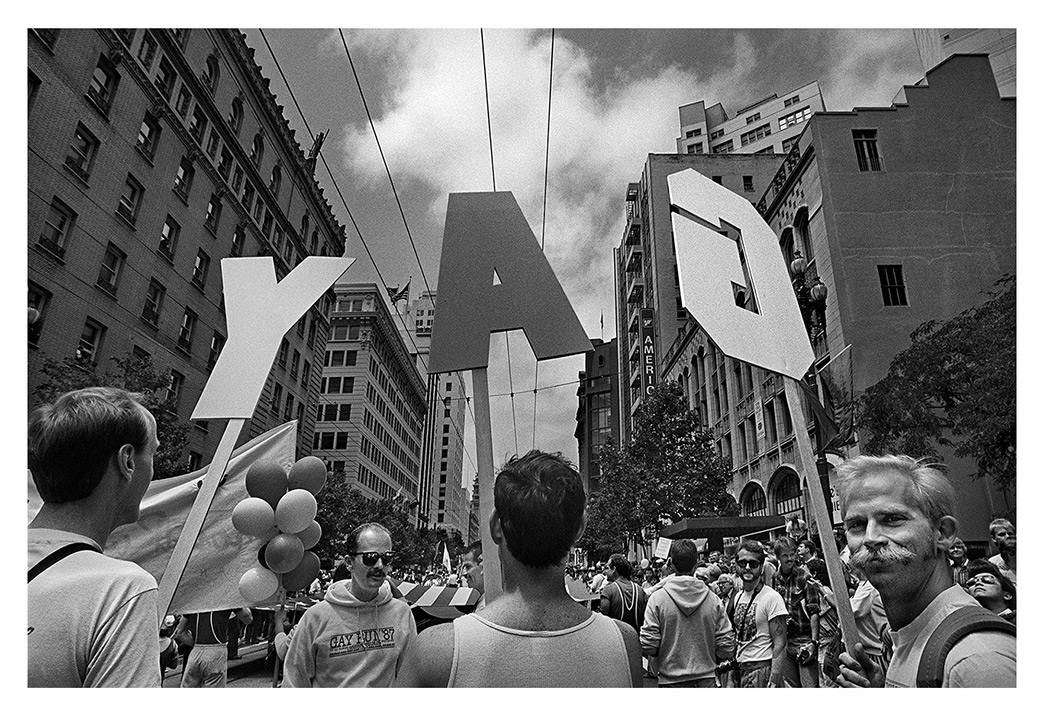 But not every drumbeat was martial: some who embraced the beat did so with a shimmy and a bounce, with life-affirming joy. In bars, discos and on streetcorners in the Castro, I made pictures of parties and bar-scenes, drag shows and Halloween Evenings. Much-deserved attention was also paid to the artists who were creating a home-grown, alternate gay culture that spoke directly to the experiences and aspirations of Castro audiences: I made intimate portraits of writers, dancers, directors, painters, and actors. 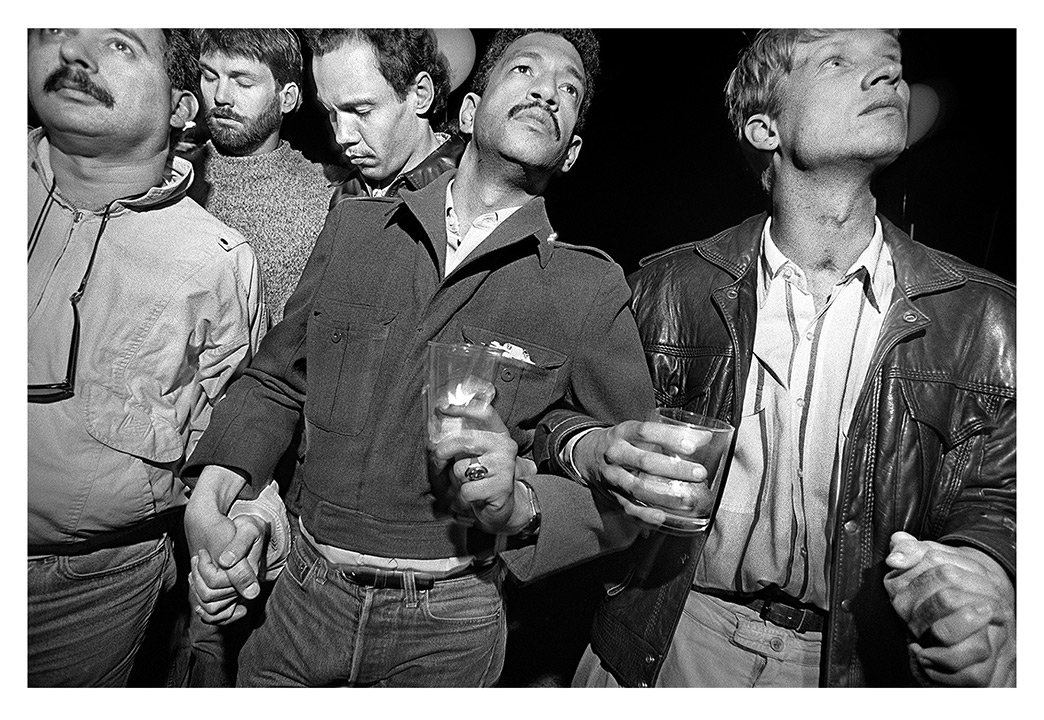 These photographs, from San Francisco’s gay community in the mid-eighties, remind viewers of that moment in our social history—so long ago, and so very recent—when the first wave of the AIDS epidemic crashed onto one of our country’s most vibrant neighborhoods. And, while that tribe convulsed with well-earned fear, heartbreak and anger, some still found the courage and the will to celebrate the dream of life they’d come to San Francisco for, and they danced in the dragon’s jaws. 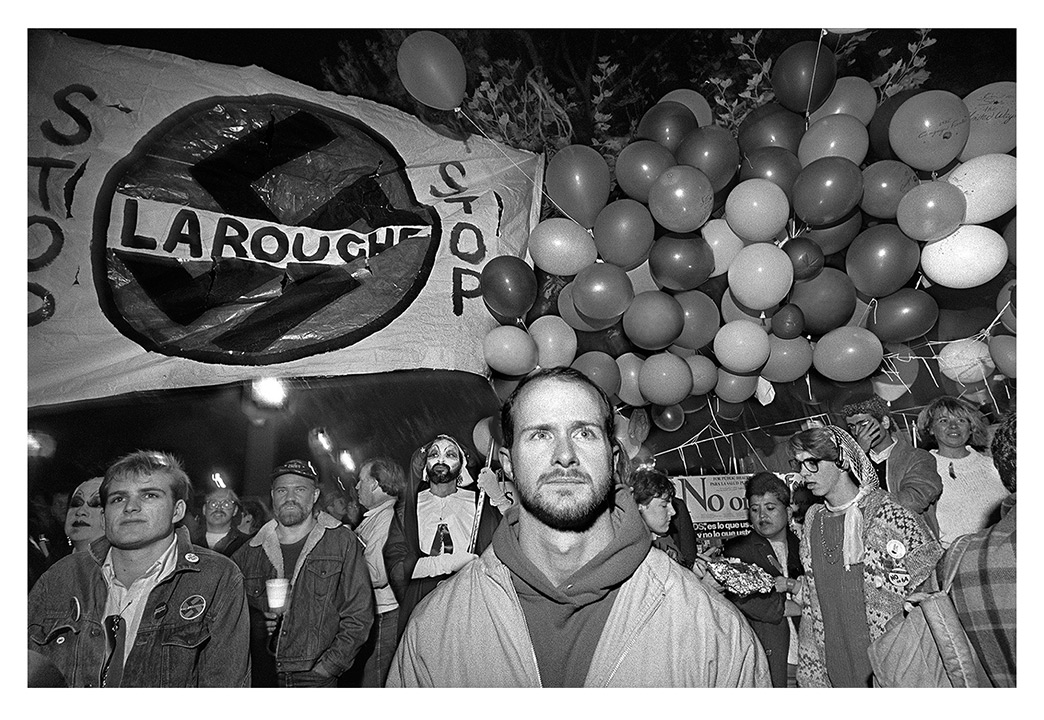 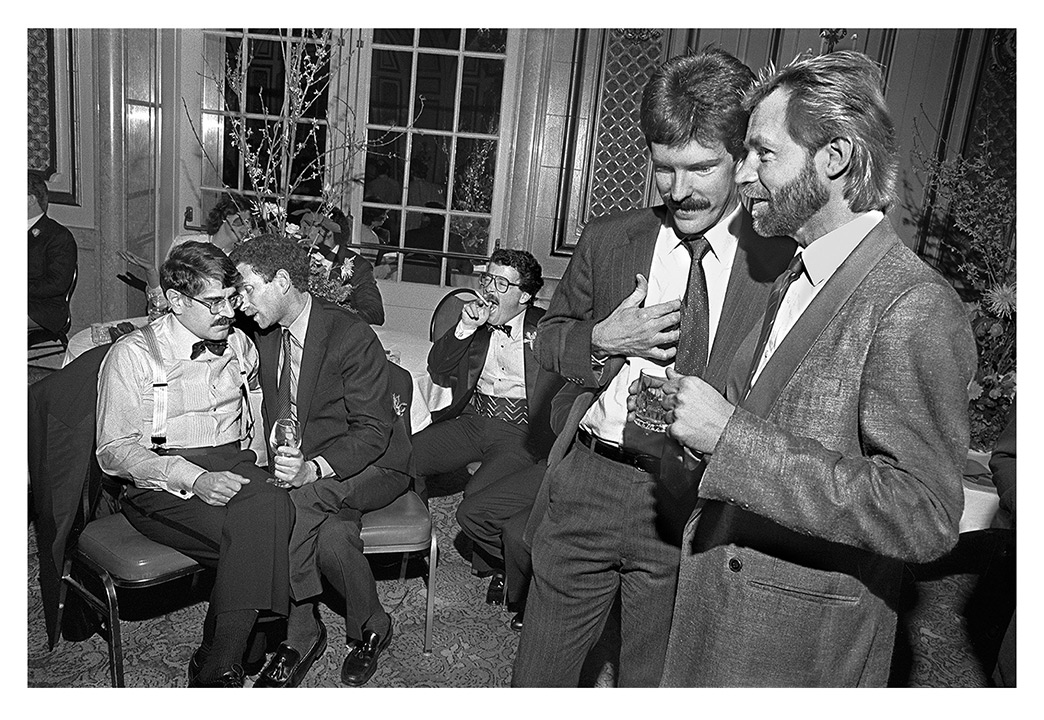 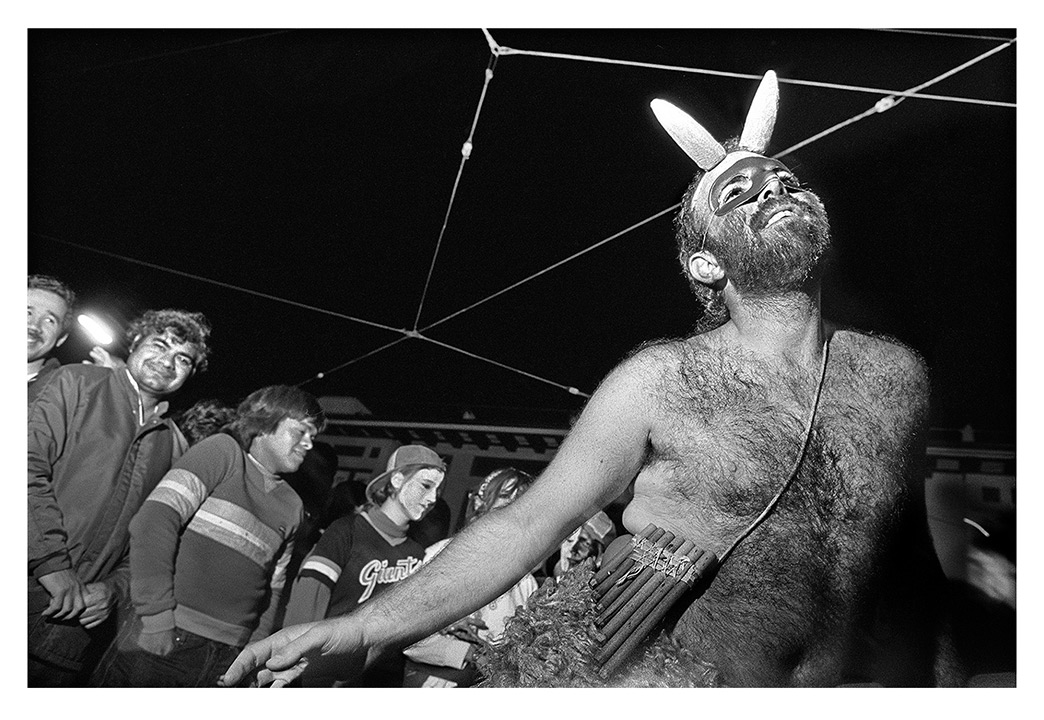 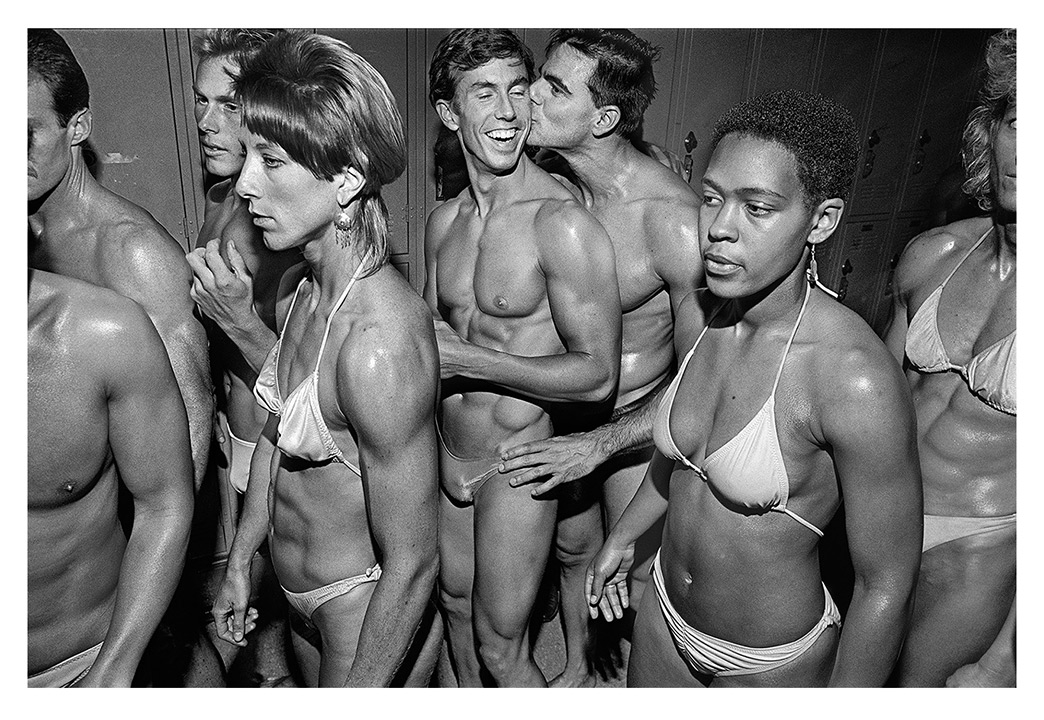 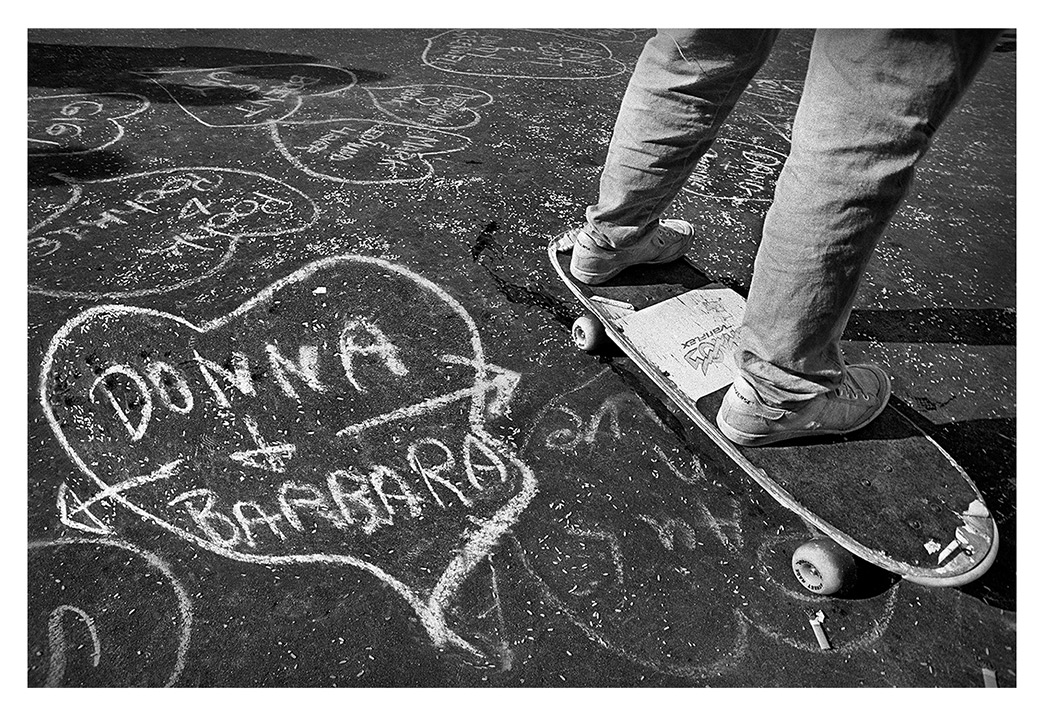 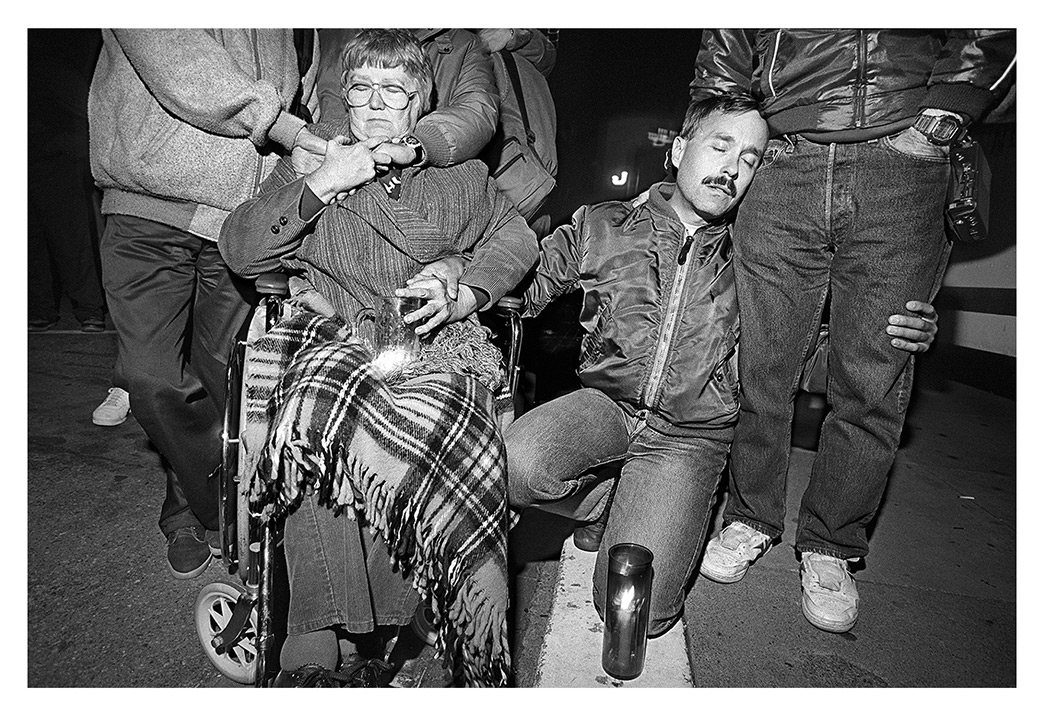 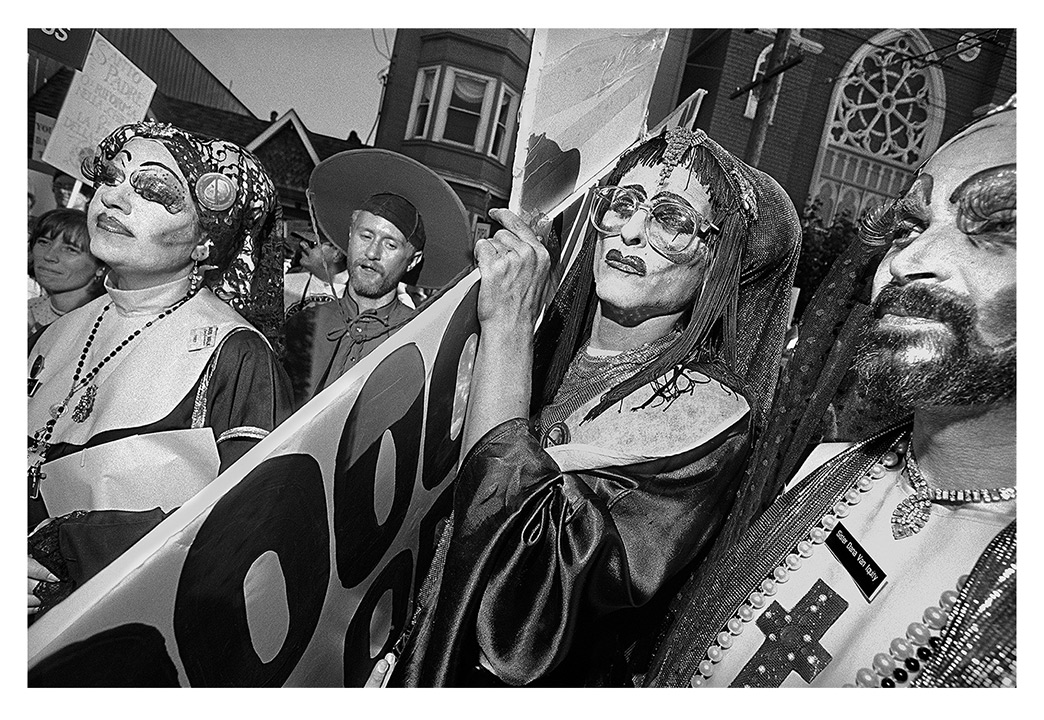 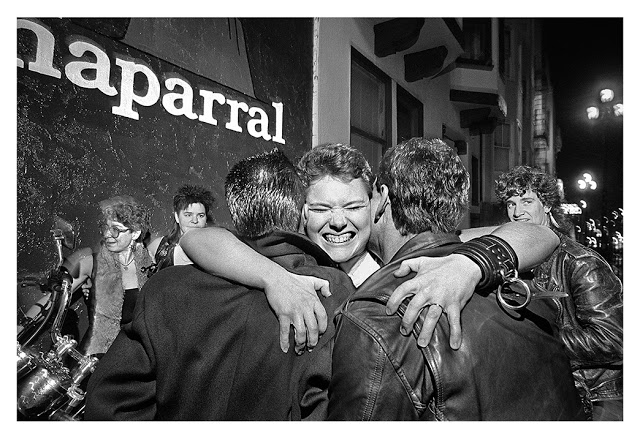 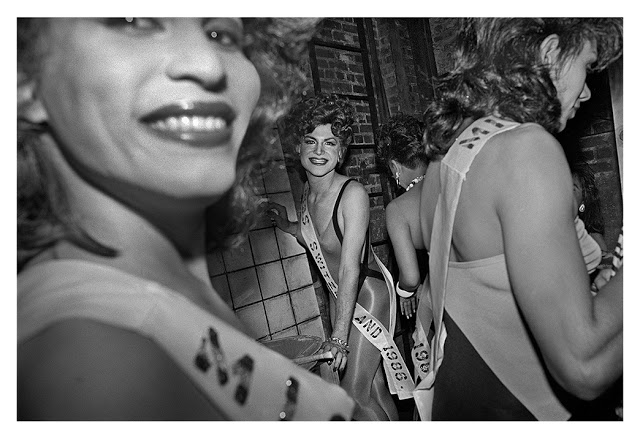 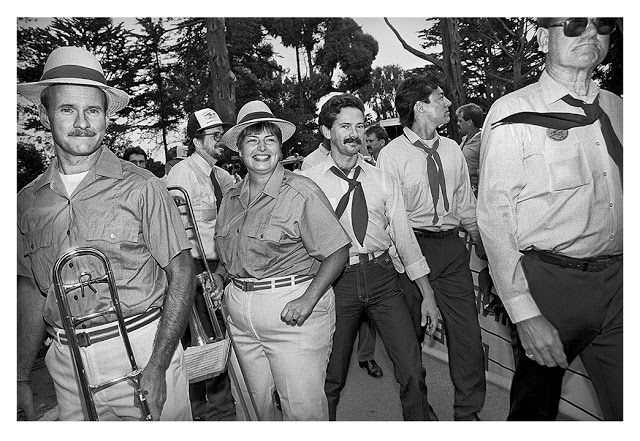 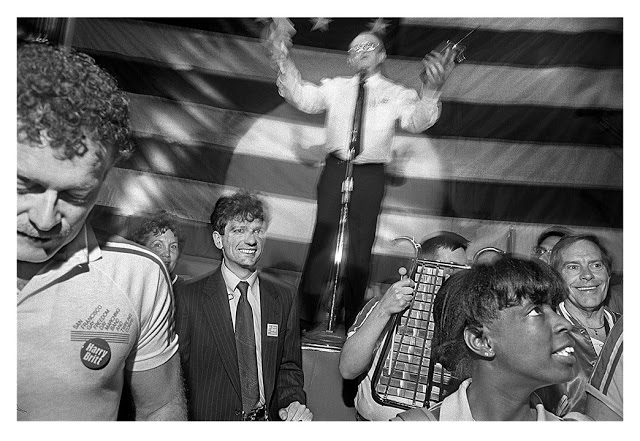 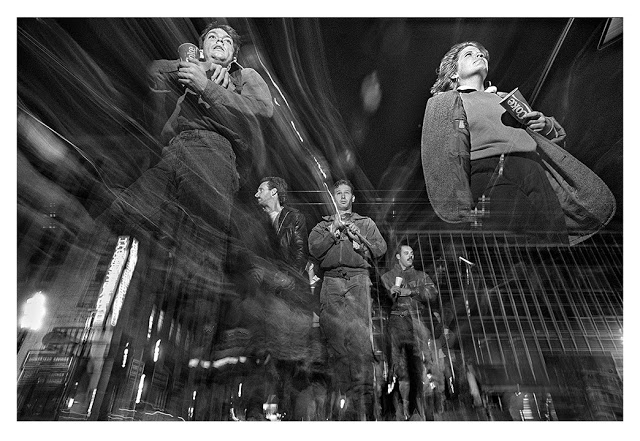 NEXT | FAMILY: An Exhibition at the Detroit Center of Contemporary Photography >
< The 2013 Favorite Photograph of the Year Exhibition | PREV