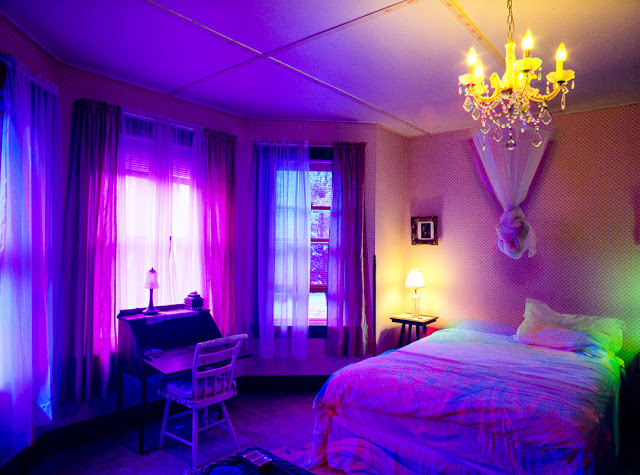 Brad Carlile works in a conceptual way, using light and time to animate rooms that are normally without much personality.  His project, Tempus Incognitus, makes brilliant color the main character in the drama playing out behind closed doors.
Brad lives in both Portland, Oregon and New York City.  Over the last ten years, Brad’s award-winning work has been exhibited worldwide. His solo show in Portland Oregon was critically chosen as best photography show of 2011.  He was a winner of the first Hearst 8×10 Photography Biennial and has shown his work at Museum of Modern Art in Rio de Janeiro.  Brad has exhibited in many solo and group exhibitions in Germany, Brazil, Austria, Qatar, Luxembourg, and China.  Recently his work was selected for inclusion at La Fototeca’s show GeoGráfica in Guatemala City. 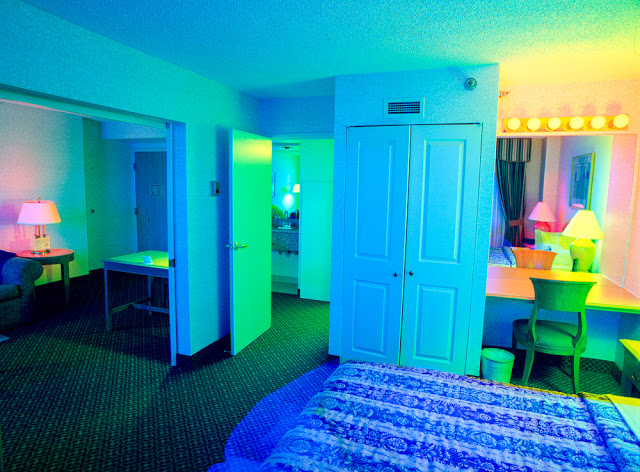 Tempus Incognitus
“Tempus Incognitus” is my series of large scale photographs depicting hotel rooms that explores the transitory nature of modern life.  These images are meant to pique our curiosity about the stories superimposed on these walls. Think Edward Hopper interiors awash in James Turrell colors with David Lynch directing. These hotel rooms lack personal effects to invite a narrative.
“Tempus Incognitus” records the day’s transitional times and shows them existing concurrently. Multiple exposures are shot over 2 or more days and the images are created in camera and on film with no digital manipulation. The Cubists painted scenes that showed several different perspectives at the same time. In this series, I photograph individual rooms at several different times of day from a single perspective. 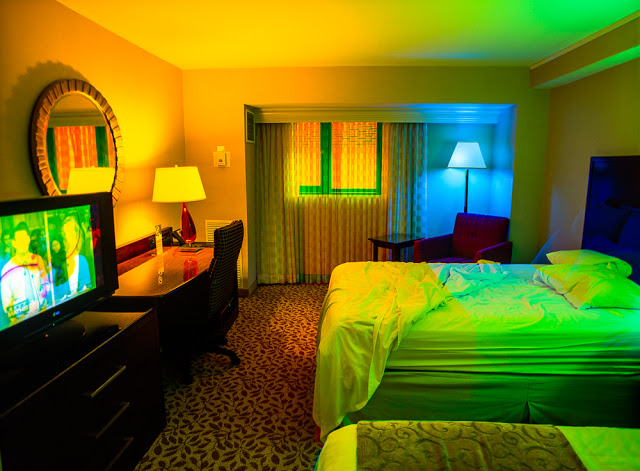 This series has conceptual underpinnings. The rooms are depersonalized to invite a narrative.  I have rules that combine the element of chance in these environments with predetermined rules that provide underlying parameters for this process. I use a time-intensive technique that captures the evolution of light and emphasizes change in vivid colors. Each image is composed of 3-9 exposures. Only the light in the room is used to create the images – no colored bulbs or gels are used. I shoot only at pre-determined times in the day and don’t allow myself to wait for perfect light, I must adjust to the particular light given the confines of this schedule. 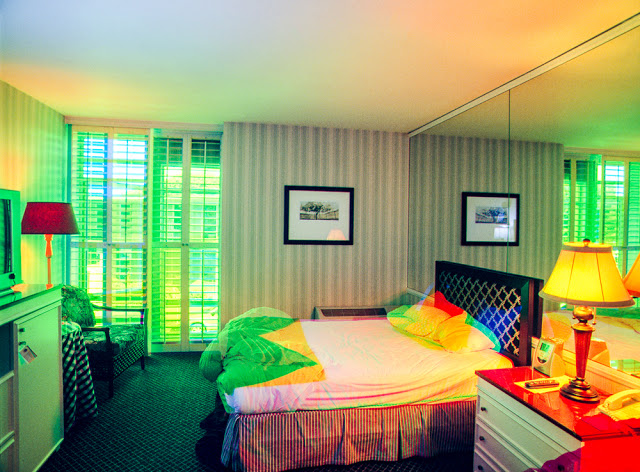 This technique highlights change with color allowing us to see time in ways we are not accustomed. This sublime view moves the horizons of our understanding and takes us outside the limited range of our senses and default assumptions about the world. 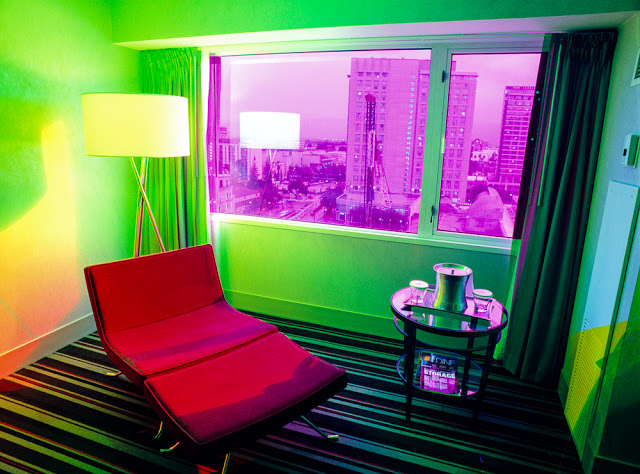 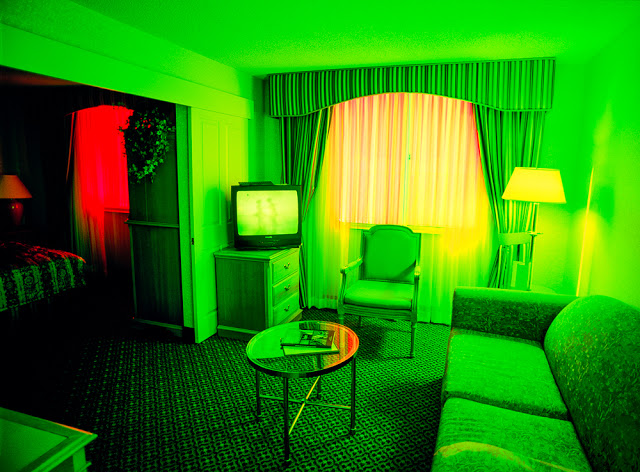 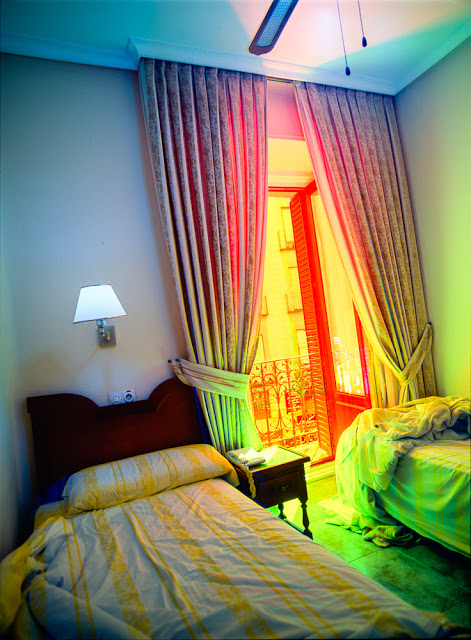 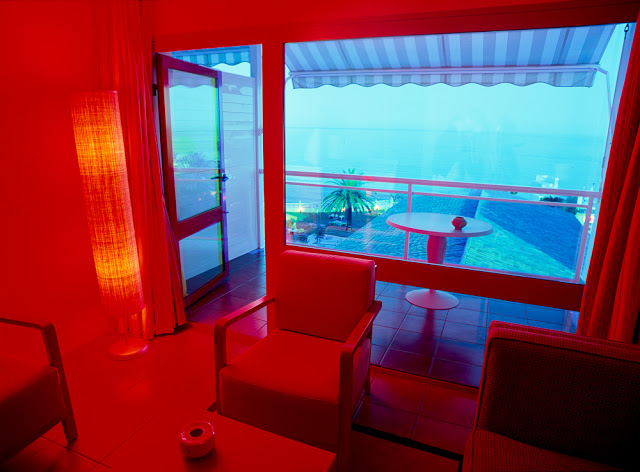 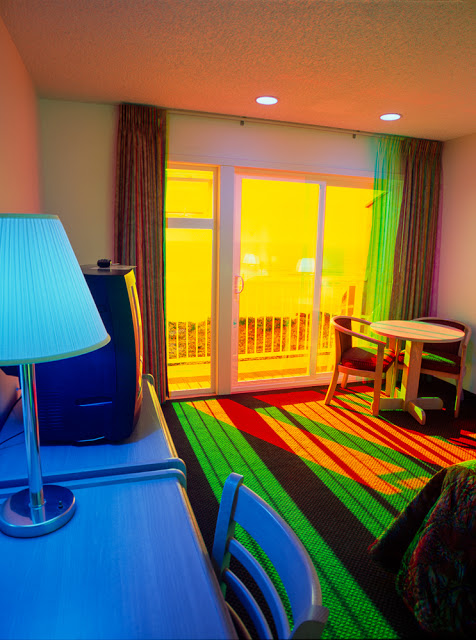 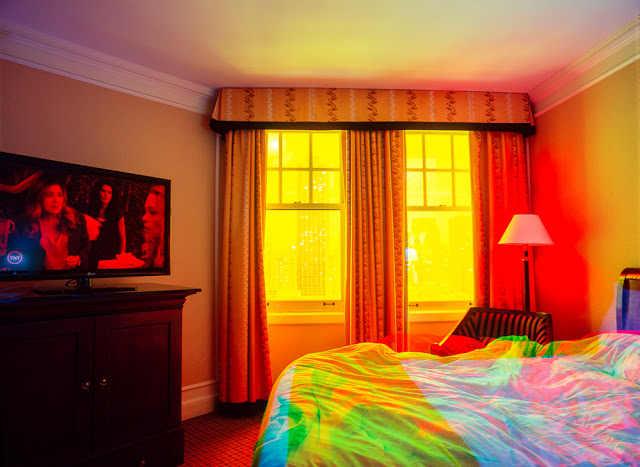 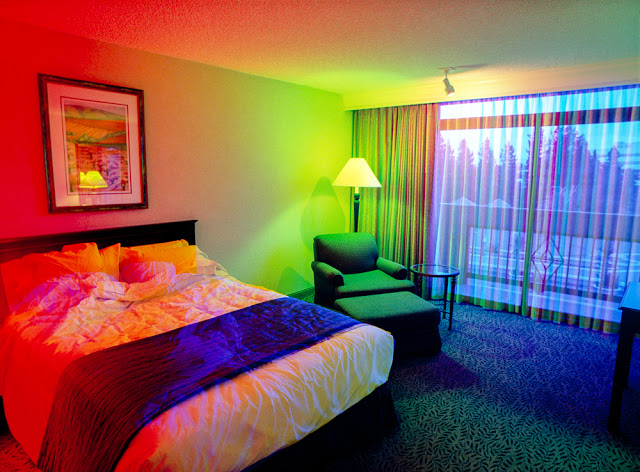 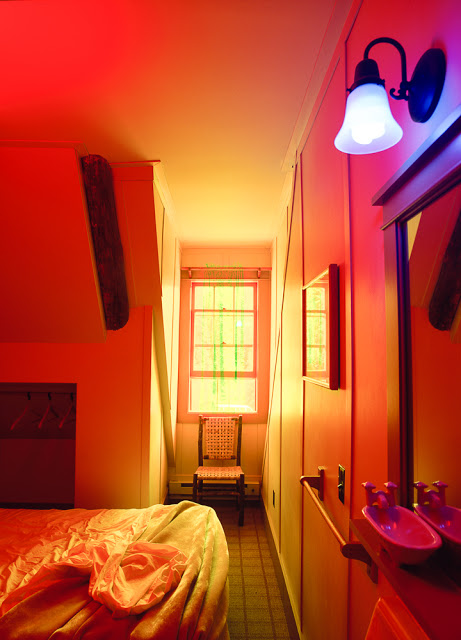 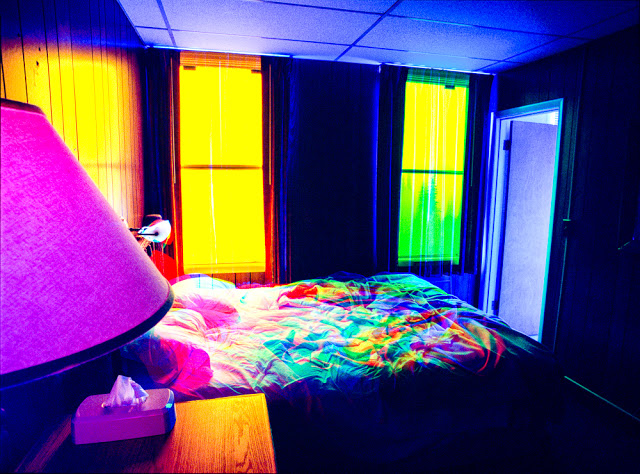 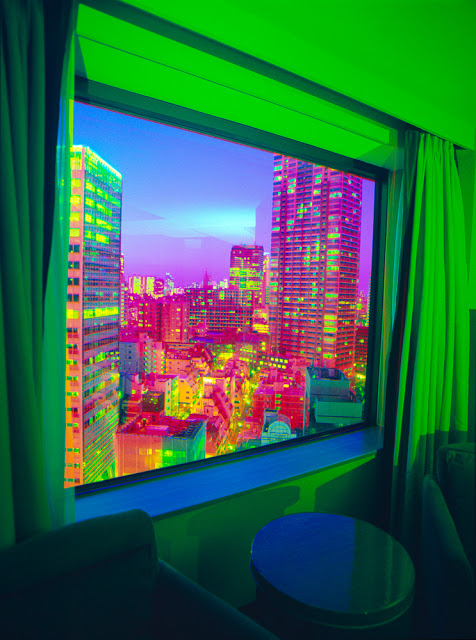 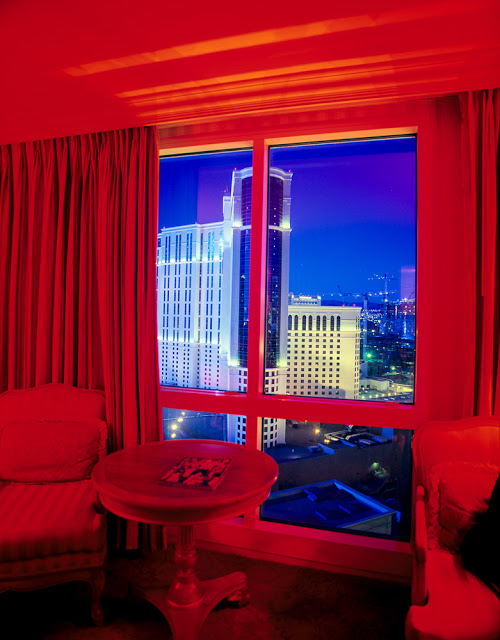 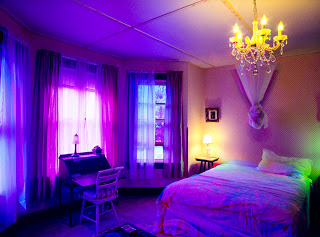