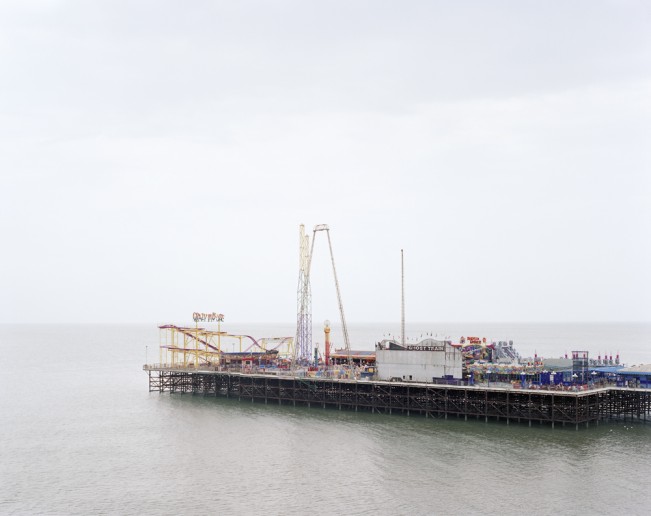 One of my favorite photography projects, We English, was created by Simon Roberts so I was excited to learn that the Klompching Gallery is about to open a exhibition of his new work. Photographed over the past three years, Pierdom is a comprehensive and stunning survey of Britain’s 19th Century pleasure piers and opens with an Artist’s Reception, tomorrow, Novemmber 7th, 6pm—8pm. It’s the third time Klompching has celebrated his work, much of it a love letter to his home country of Britian, capturing place with sensitivy, curiousity, and the appreciation for it’s history.

Simon  lives and works in Brighton, UK. He was awarded a BA Hons Degree in Human Geography (1996), which has informed much of his photographic practice. He has won numerous awards for his work, which explores important social, economic and political issues. His photographs have been exhibited widely, including solo exhibitions at the National Media Museum (UK), Museum of Contemporary Photography, Chicago and Museum of Contemporary Art, Shanghai. His first two significant bodies of work, Motherland and We English, were received to critical acclaim, published as monographs by Chris Boot Ltd. and shown as solo exhibitions at the Klompching Gallery in 2007 and 2009 respectively. His work is represented in major public and private collections, including the Deutsche Börse Art Collection, George Eastman House, Pallant House and Wilson Centre for Photography.

With Pierdom, Roberts has turned his camera to the specific architectural remnants that bear witness to leisure of the past. Built along the coastline of Britain, these piers were originally constructed as landing docks for pleasure steamers, but progressively catered to the needs of seaside day-trippers, who were escaping the grime and smog of the cities. In their heyday, the ‘pleasure piers’ incorporated cafes, casinos, theaters and even tramways. 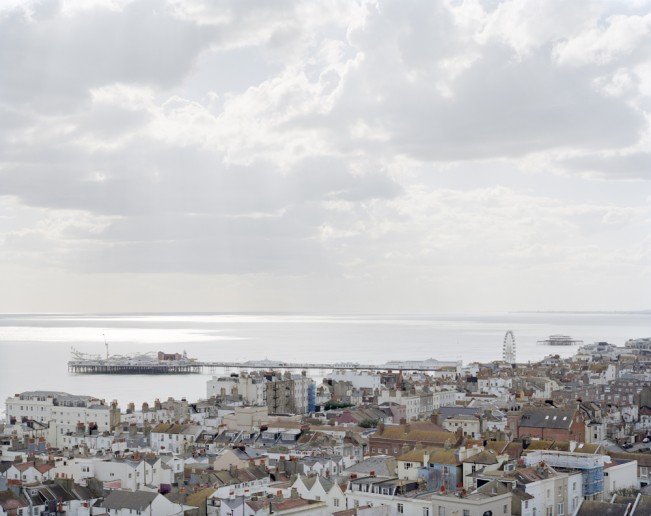 The large-scale color photographs are often made from elevated positions—a trademark of Roberts’ oeuvre—and with the use of large-format sheet film. The photographer has meticulously utilized formal devices associated with the picturesque—asymmetry, perspective and juxtaposition—resulting in an outstanding body of work that celebrates color, form and detail. From minimalist photographs such as Weston-Super-Mare Grand and Clevedon B, that demonstrate a quiet palette, photographs that pop with color such as Blackpool South, Teignmouth and Paignton, to those such as Saltburn-on-Sea, that provide an important social and historical context, the Pierdom series is a truly accomplished body of work that speaks to a wide audience. It’s a must-see exhibition, and is accompanied by the publication Pierdom (Dewi Lewis, 2013). 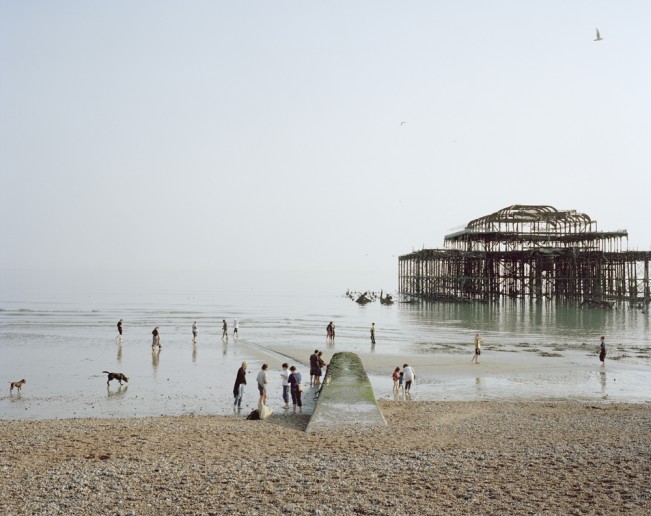 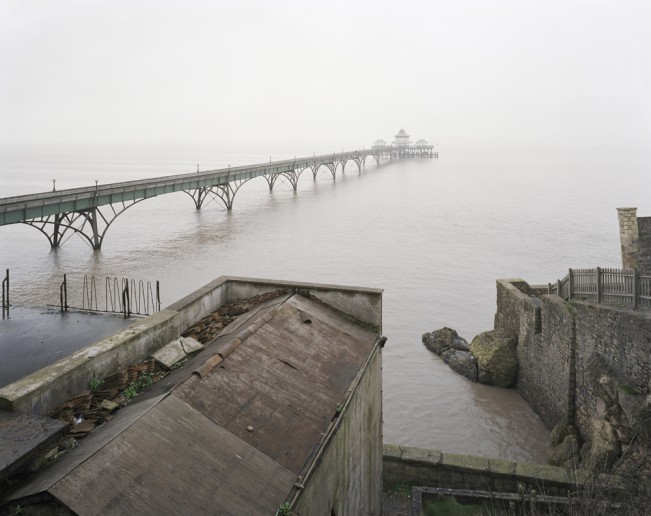 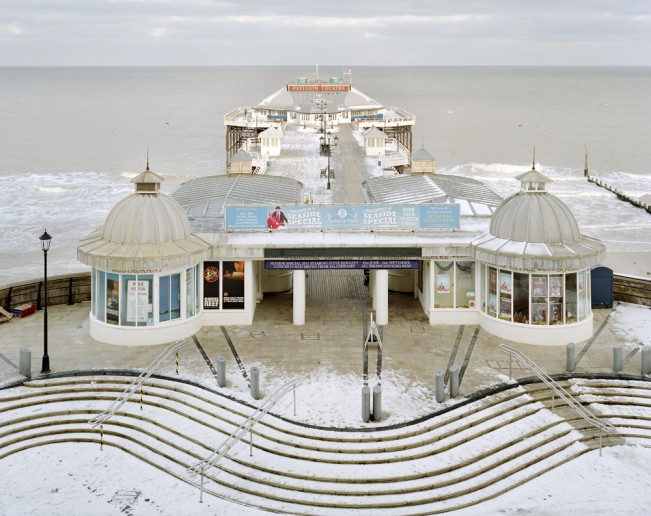 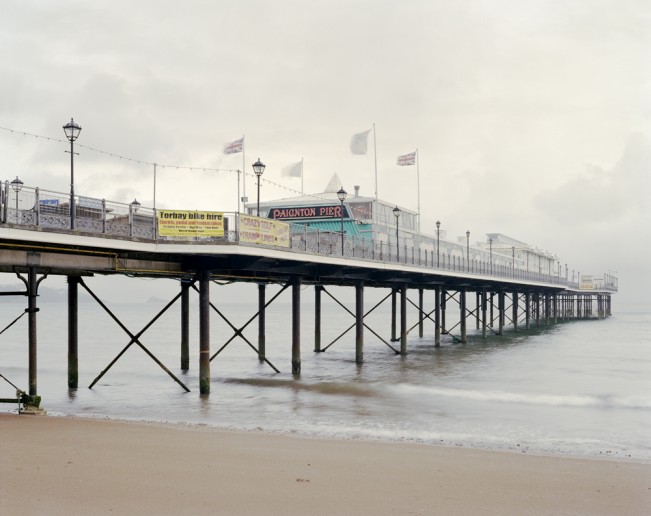 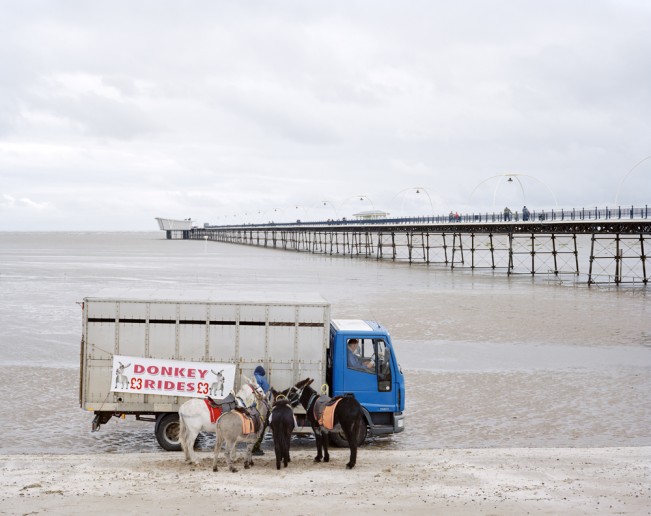 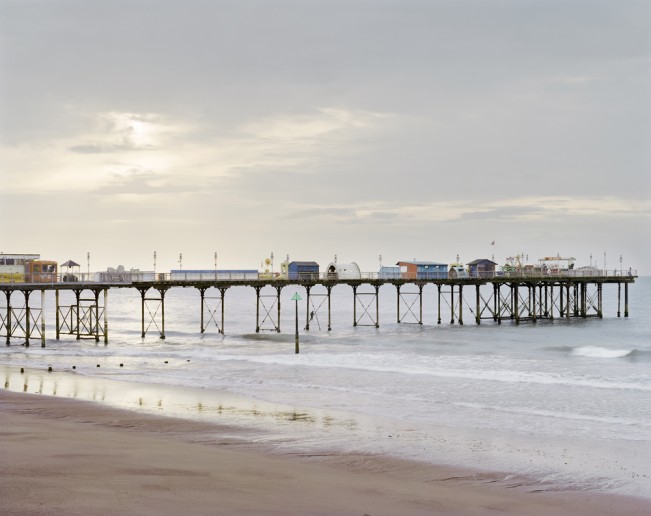 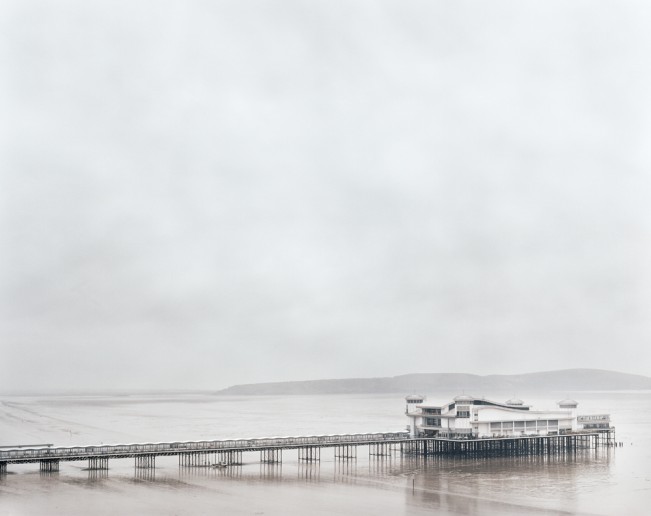