Lenscratch will be featuring submitted projects this week… 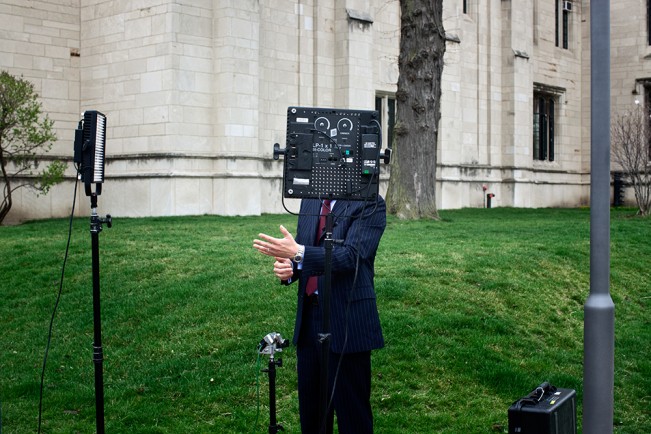 Politics are addictive. Like Hollywood and tabloid articles, we fixate on the political news about our own soil. From breathtaking promises of the future to primetime lies, America is constantly waiting for the next scandal to occur or the next politician to shine. Jay Turner Frey Seawell’s series National Trust shows us the smoke and mirrors of politics. While the surface layers of political debates, bias news articles, and paid-off paparazzi are pealed back, truth begins to slowly emerge. Jay’s use of theatrics and his quiet yet cheeky style provides his audience with a unique perspective from the usual portrayal of today’s government.

Jay Turner Frey Seawell is a photographer based in Washington DC. His work has been exhibited in the United States and in China at the Pingyao International Photography Festival. He is the recipient of numerous awards and grants, including the Ross Hazeltine Travel Scholarship from the Indiana University School of Journalism and the Albert P. Weisman Award, a project completion grant, from Columbia College Chicago, where he earned his MFA in Photography. Seawell’s work has appeared in numerous print and online publications, including Feature Shoot and the NPR photo blog The Picture Show. He is a nominee for the 2014 Baum Award for Emerging American Photographers. 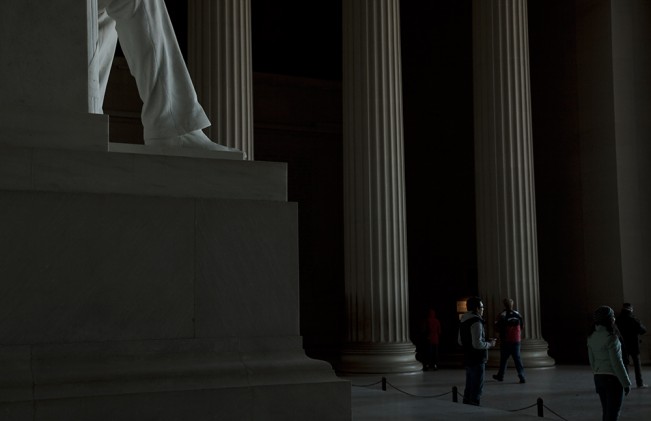 My project ‘National Trust’ began in the darkness of the Lincoln Memorial. The memorial can easily feel like a reverential place, but Lincoln’s colossal marble statue dwarfs the people who come there and his words tower above them, so there’s a psychologically-charged drama about power that’s played out between the space itself and its visitors. The memorial is fascinating precisely because it is such a complicated place, and it sets the stage for what ‘National Trust’ is mostly about: the ongoing trust that we place in institutions to represent the United States, and to represent us – the people.

I’ve made this work during a period of increasingly broken trust that the American people bestow in authoritative institutions: financial systems, government, mainstream media. And yet, we are still tied to these institutions, which trade on carefully crafted surface appearances. In a basic way my pictures, like any photograph, describe surfaces: architectural forms recall the grandeur of Greco-Roman temples, and political rallies and press conferences exist as meticulously staged theatre sets. However, my pictures also call attention to the enduring role that surface appearances play in the telling and retelling of history. I depict these surfaces as existing amidst an atmosphere of mystery and darkness that recurs throughout the body of work, and this aesthetic mirrors my feeling that there is a continuing and profound erosion of trust in American society. 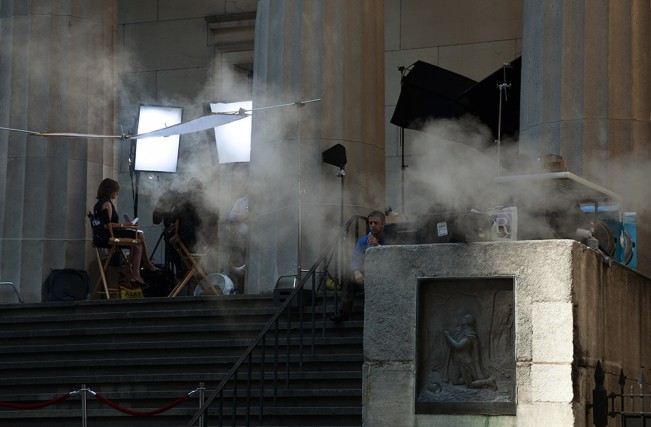 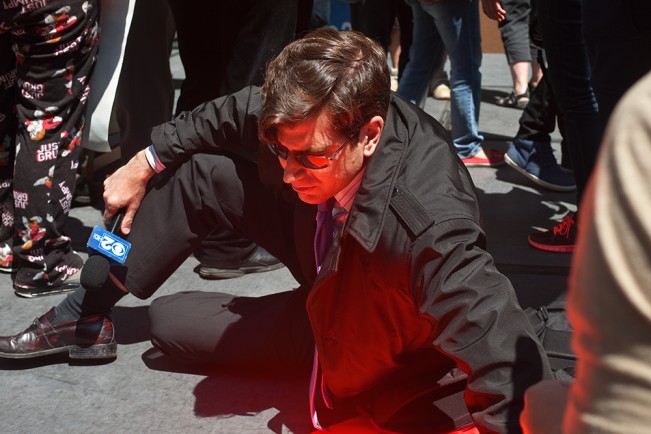 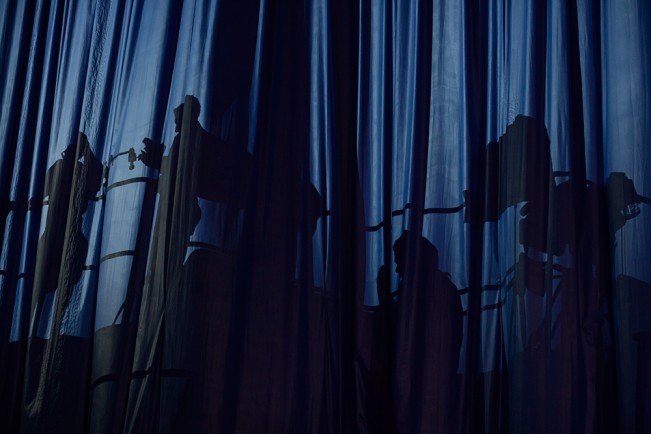 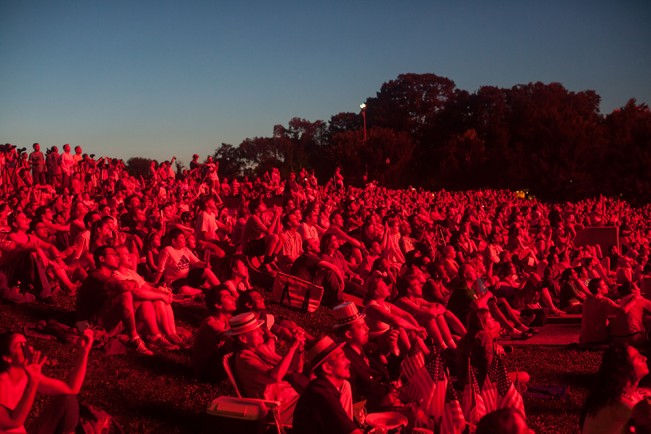 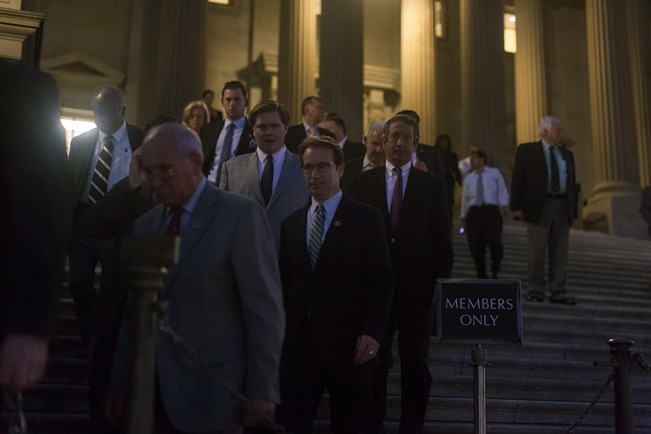 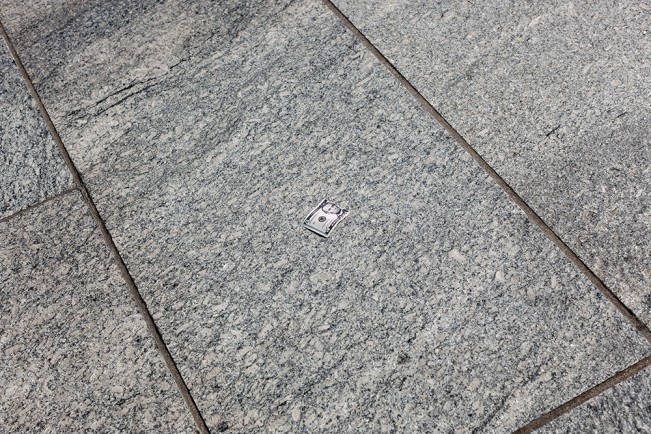 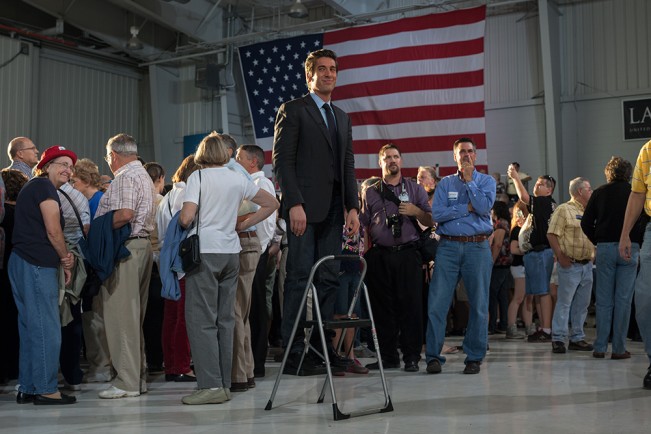 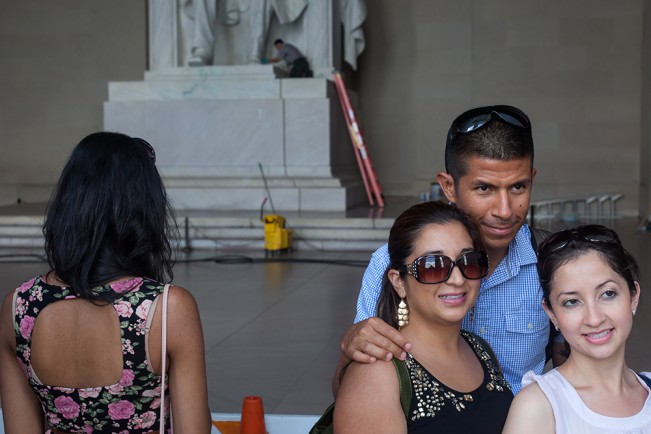 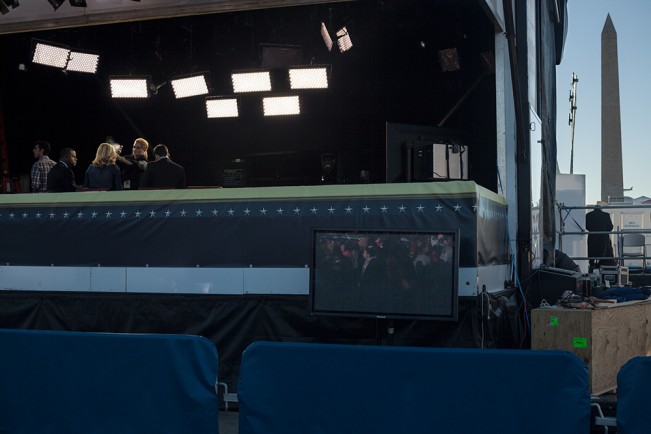 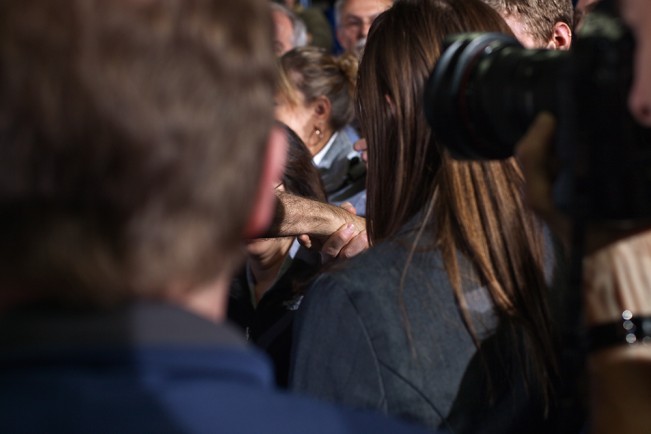 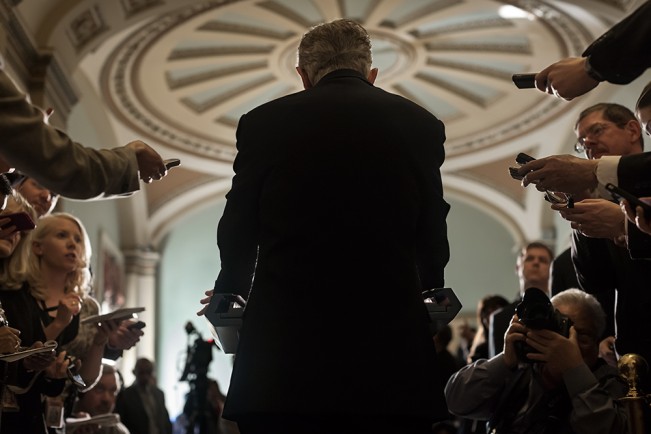 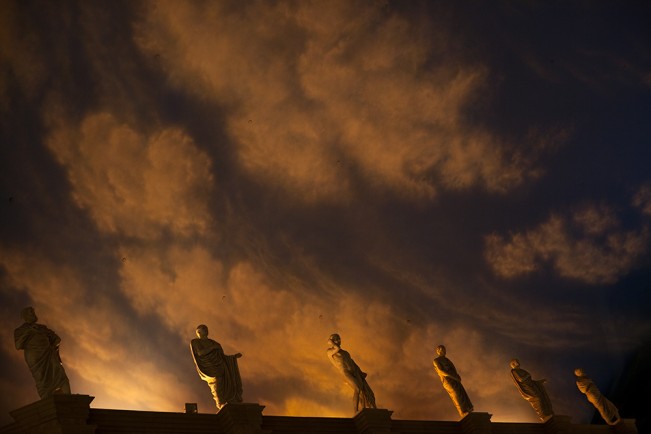 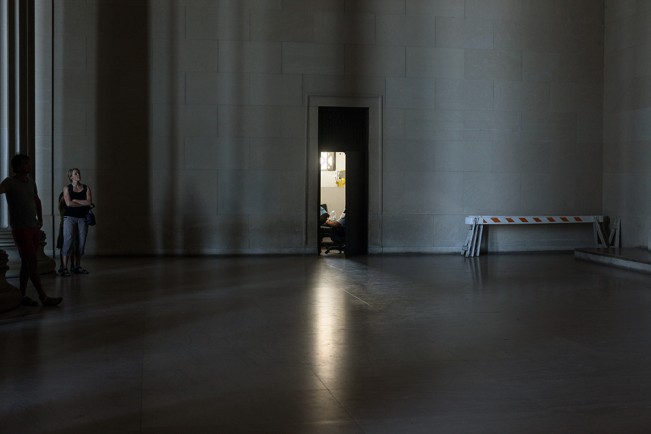 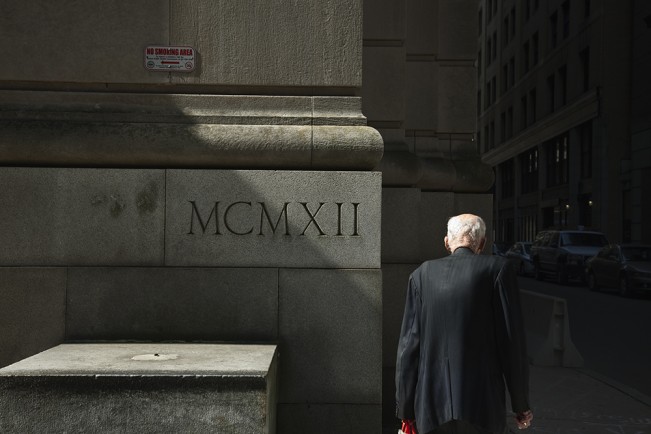 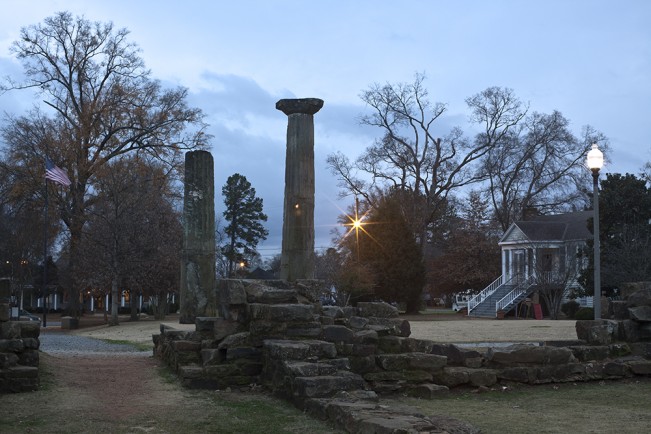 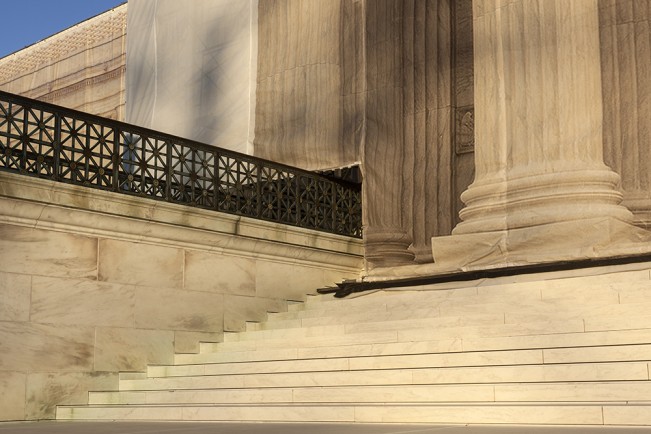 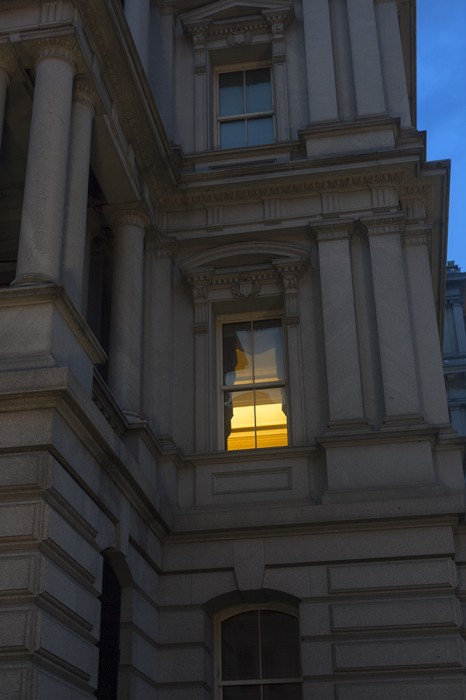 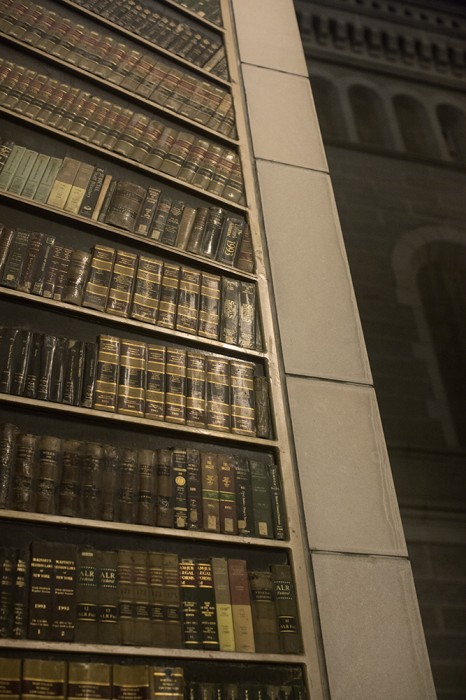