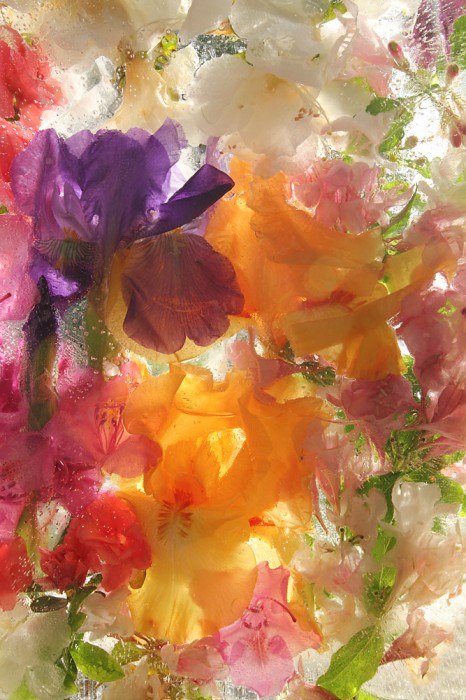 There is an interesting phenomenon when a loved one passes.  Often there are physical talisman’s that are with the person in their last days that become touch stones for memory.  For my mother, I plucked gardenias from a bush in my garden and placed them on her pillow, knowing that she loved the fragrance.  I never pass that plant without thinking of my mother. For photographer Mary Kocol, it was the  flora of her mother’s garden.  Her beautifully frozen flowers are a testament to not only her mother’s memory, but to the fragility and beauty of life.

Mary was born in Hartford Connecticut, educated at the University of Connecticut and the Rhode Island School of Design where she earned a Masters of Fine Art degree in Photography. Her pictures were first exhibited at the Museum of Modern Art’s groundbreaking group exhibition and catalog, Pleasures and Terrors of Domestic Comfort in 1991. Her urban twilight photographs are among the permanent collections of the Museum of Modern Art, The J. Paul Getty Museum, Museum of Fine Arts Boston, DeCordova Sculpture Park and Museum, Boston Public Library, Victoria and Albert Museum in London, and many others. She’s a recipient of the Guggenheim Fellowship and several Massachusetts Local Cultural Council grants. Editorial clients include The New York Times Magazine, Boston Magazine, Gardens Illustrated, and Doubleday Books. 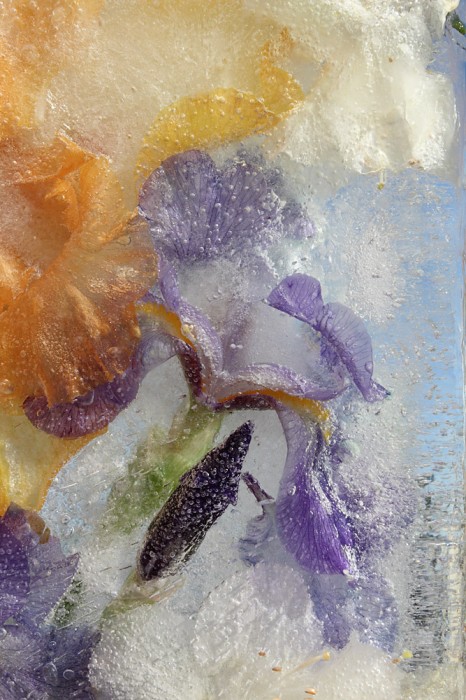 My mother died at the end of May, when spring was in full bloom. Though she had stage 4 breast cancer, leukemia moved in and took her faster than expected. She loved working and being in her yard and garden. Ironically, the garden looked especially beautiful the week she passed away. I made this memorial series of ice plates as a way of preserving her garden, and coping with her loss.

These ice plates continue the themes of impermanence, the ephemeral, the language of flowers, and family history of a garden, a project that I started in 2011. Most of the plants in her garden were from my dad, her children, or other family over the years. 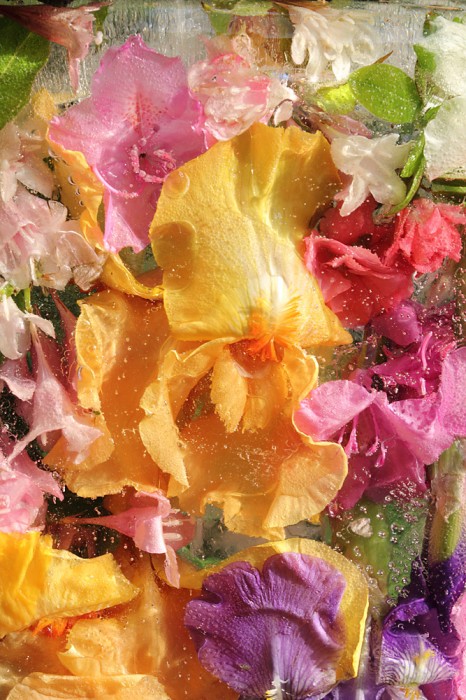 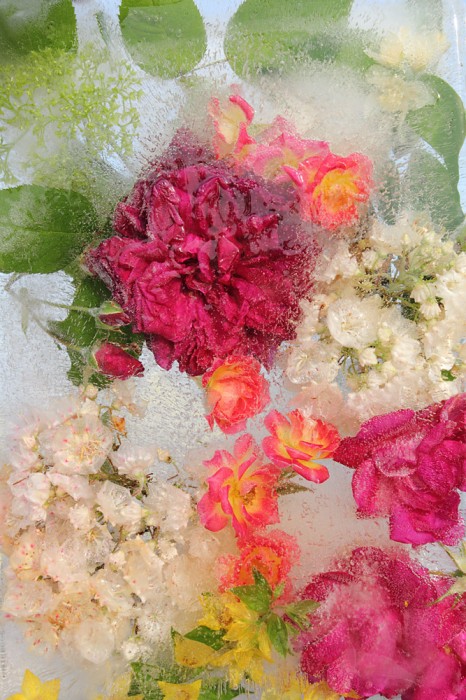 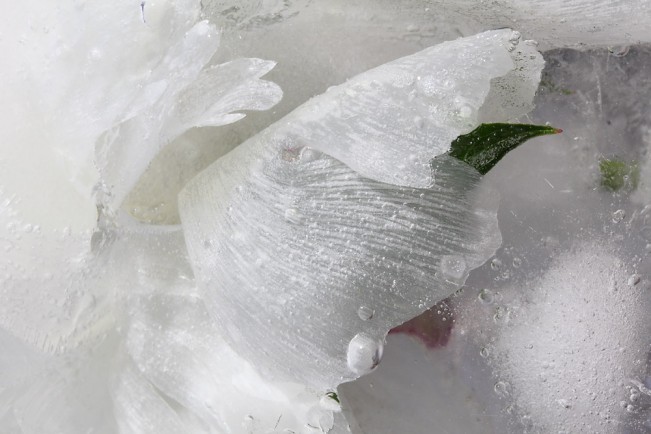 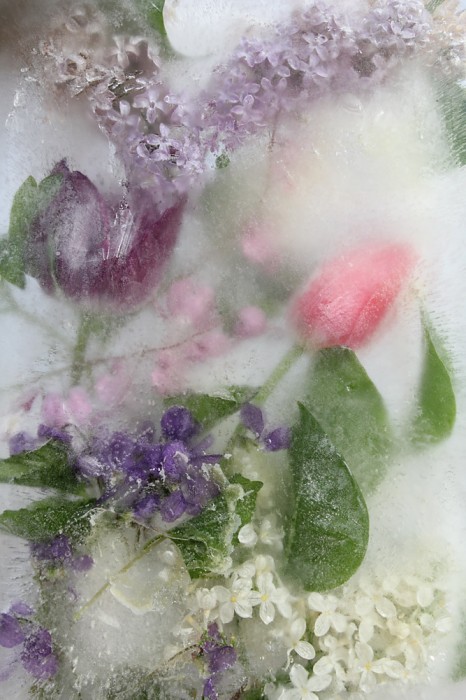 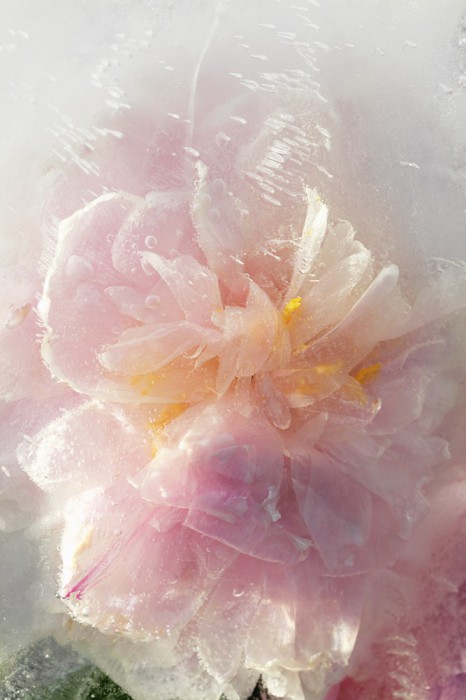 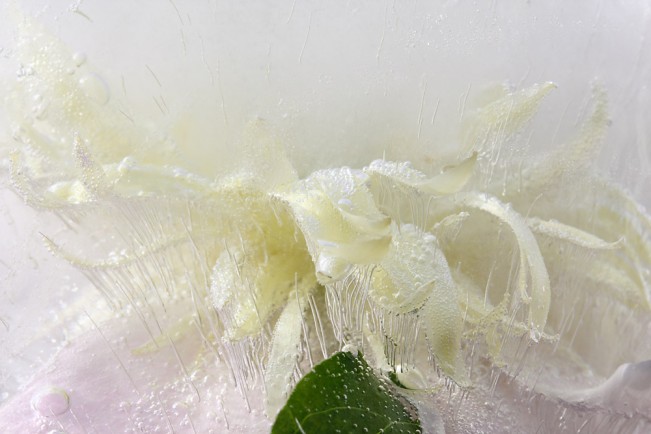 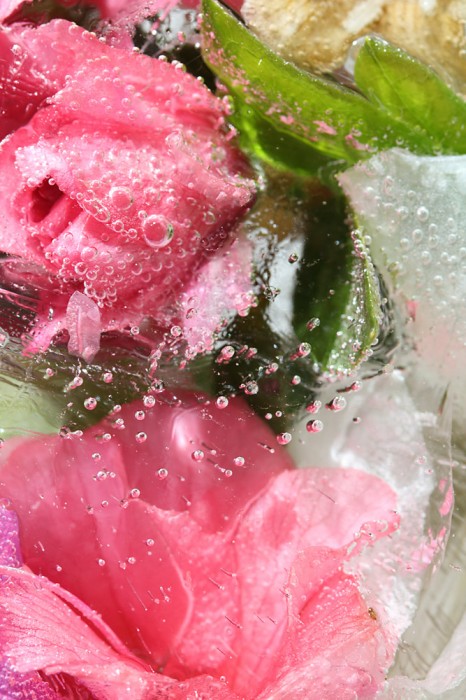 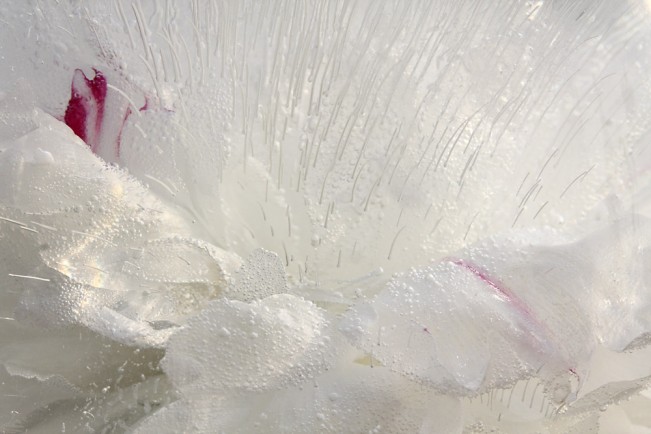 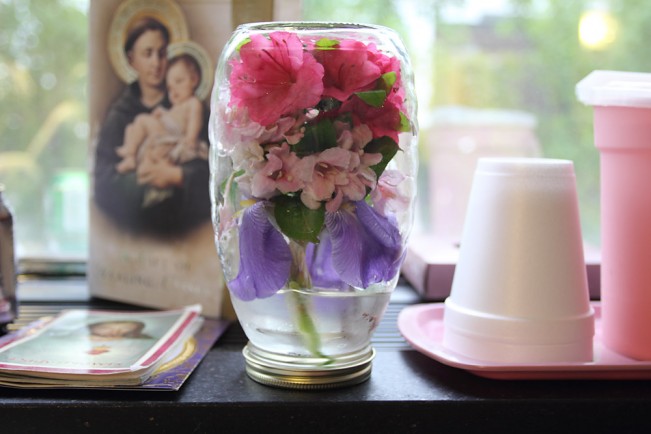 Flowers are not allowed in the hospital during chemo. I brought in a sealed honey jar of flowers, so she could see what her garden was doing. Mom and the chemo nurses loved the idea. 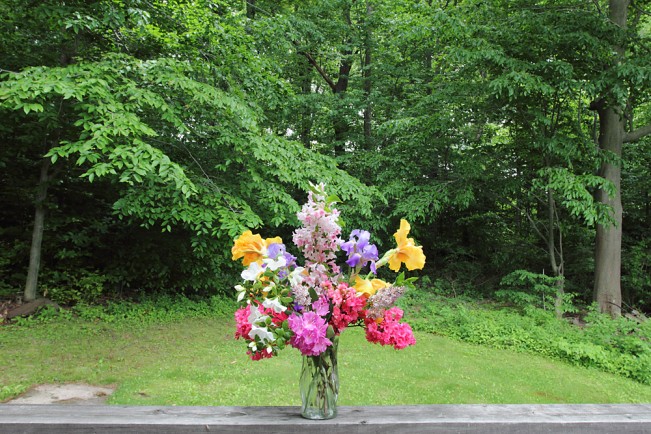 The photograph of her garden flowers in a vase against black was made the day before she died. 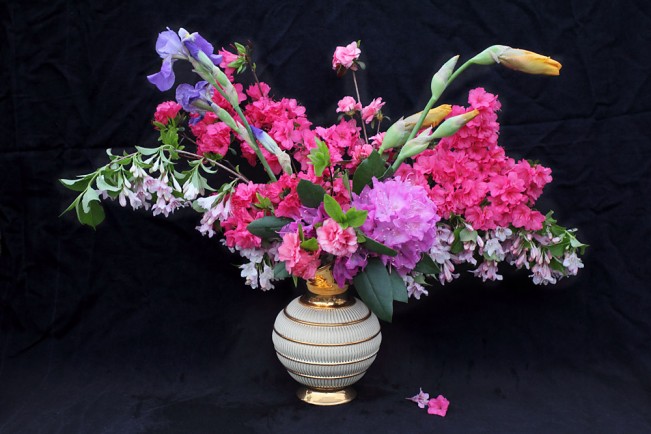 Vase of her garden flowers set against the woods behind the house, I brought this arrangement to her wake. 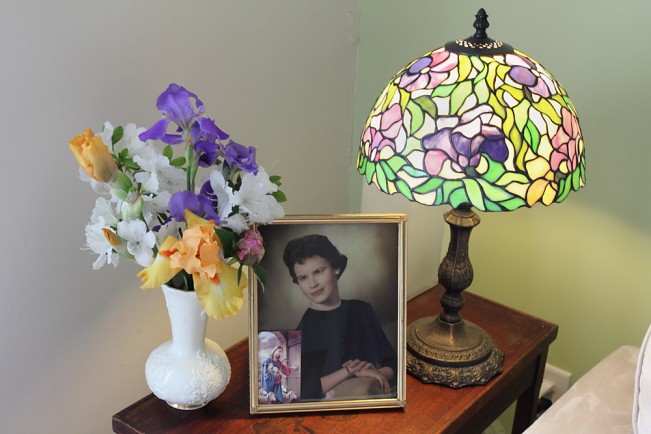 Remembrance table with an old 8×10 photo and vase of her June garden blooms.

NEXT | Brian Christopher Sargent: Anatomy of a Corner/Notes from the Underground >
< Greg Sand: Altered Memory | PREV