Victory Tischler-Blue: Of Beauty and Ruin by Aline SmithsonOctober 7, 2014 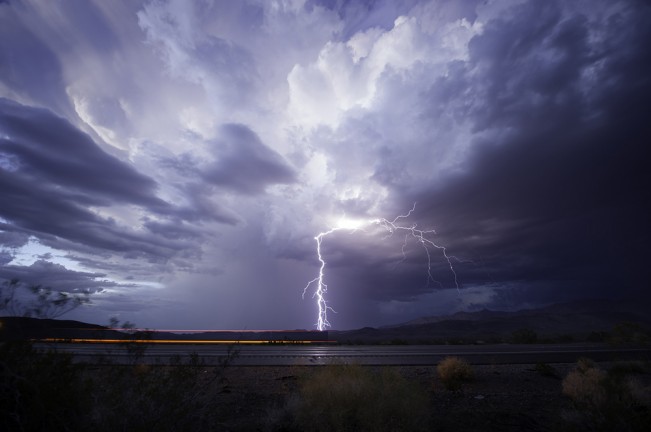 “There’s always a minor chord running through my work and everyone has a story. Some are just darker than others.” -Victory Tischler-Blue

Spot Photo Works in Los Angeles is featuring a new exhibition by American film producer, director, writer and photographer Victory Tischler-Blue, which opened on September 20th and is running through November 11, 2014. The cinematic exhibiton celebrates the desert, the night skies, the people and places that make up a culture of beauty and ruin, of rust and fragility, sand and places that are ghosts of another time.  “I’m always drawn to wild places as well as the people who inhabit them,” says Tischler-Blue. “For me, photography is all about intimacy and the element of surprise. There’s a magic that comes along with things not planned, and being open to it allows for the unscripted to manifest.”

Victory Tischler-Blue was born and raised in Newport Beach, California. She began working in the entertainment industry at age 17, when she joined the iconic 1970s all-girl teenage rock band, The Runaways. Even though the band was only in existence for 3 years – its impact forever changed the face of rock n’ roll and is still felt in the music industry today. Her most notable work was a powerful and disturbing 2005 debut feature film EDGEPLAY: A film about The Runaways, based on her tenure in the band. 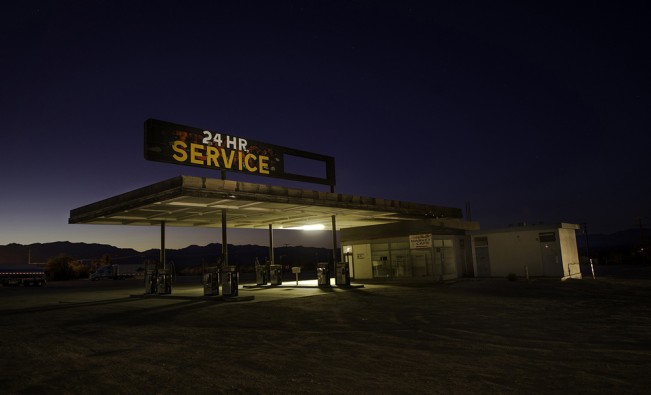 After leaving the band, Tischler-Blue got a call from actor Rob Reiner who cast her in his feature film directorial debut This Is Spinal Tap. So inspired by the experience of working with Reiner and the entire film making process, she recalls “For the first time not only did I see the creative process in motion, I learned how to take a raw idea and cook it into a tangible. I learned how to make something out of nothing and that triggered a landslide in me.”

Tischler-Blue immediately shifted her focus to motion picture production, honed her skills and was picked up by Praxis Film Works, initially as a visual effects editor /Inferno artist, but then quickly segued into a producer role. Working alongside Praxis director –Academy Award® winner Rob Blalack (StarWars/VFX), Victory became immersed in the innovative world of high-end visual effects with many of the motion picture industry’s leading creatives. 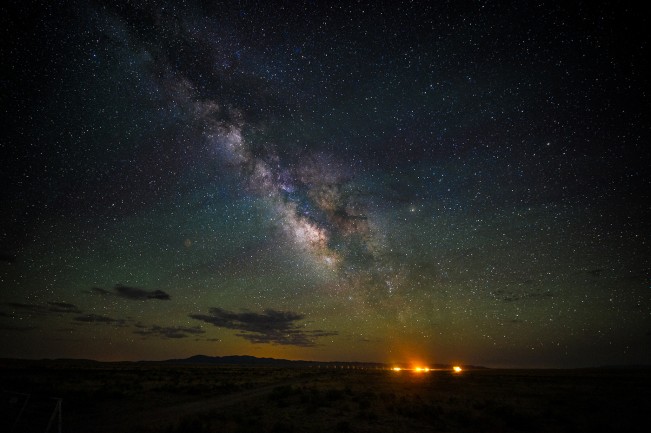 In 2003, she officially formed Sacred Dogs Entertainment LLC – a motion picture production company specializing in music-driven productions and released EDGEPLAY: A film about the Runaways. The critically acclaimed film was picked up by the Showtime Networks and after nearly 200 screenings on almost every Showtime channel, “Edgeplay” completed its 2-year run in September 2007.

On the still photography front, Victory Tischler-Blue has driven countless miles throughout the Southwestern United States creating dark, edgy, single-frame dramas for the past 2 decades.She lives and works in Palm Springs, California. 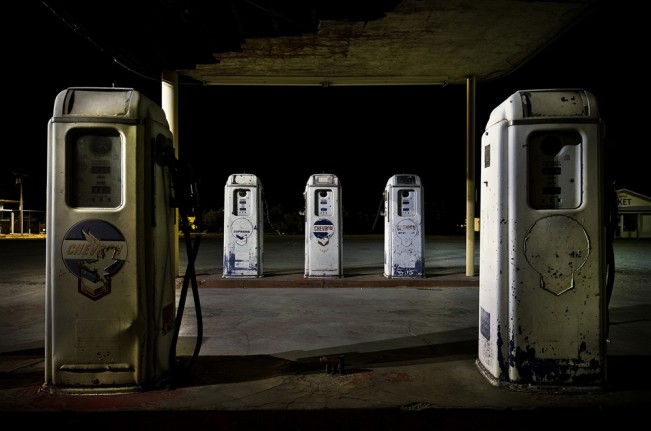 I have a magnetic pull to the desert. I love the scent of creosote. I’m not sure how I became so enamored with the desert, but as a kid, my family took epic road-trips through the deserts and I remember loving every minute of it. I also remember loving the roadside attractions, like the Native American trading posts and curio shops replete with Kodak Gold signage that teased you for 100 miles before you got there. A lot of those relics are still there in the American Southwest – but barely. Faded signage, ruined abandoned buildings – the remains of what once was. Those remains look beautiful in that late afternoon Kodak Gold sunlight. It’s important for me on a really personal level to document it. I feel like if I can capture it with a photograph, I can hold it still forever. 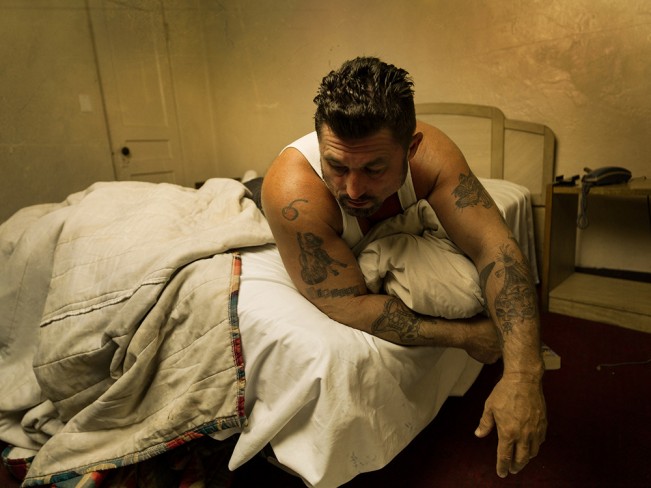 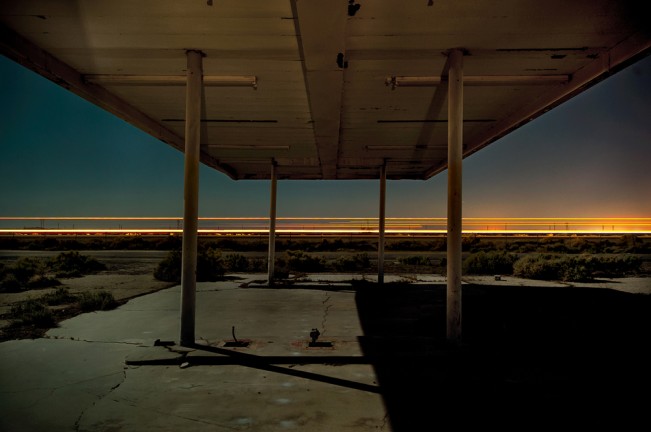 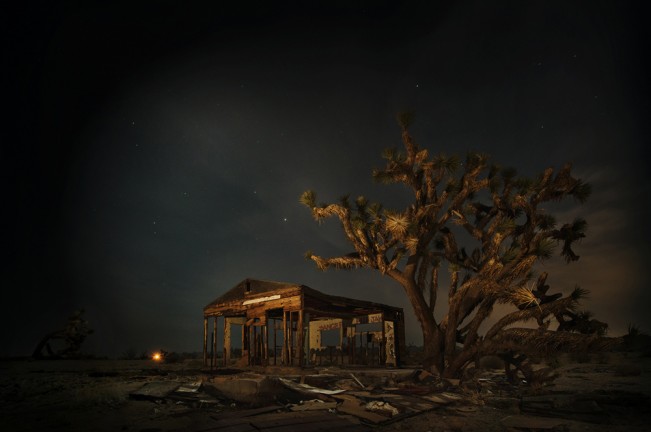 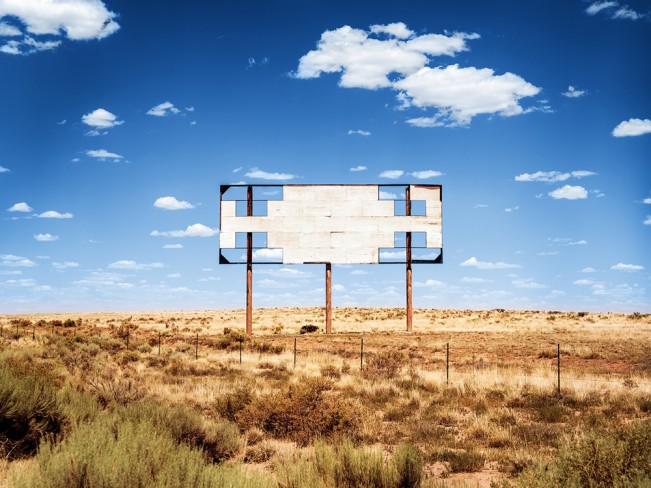 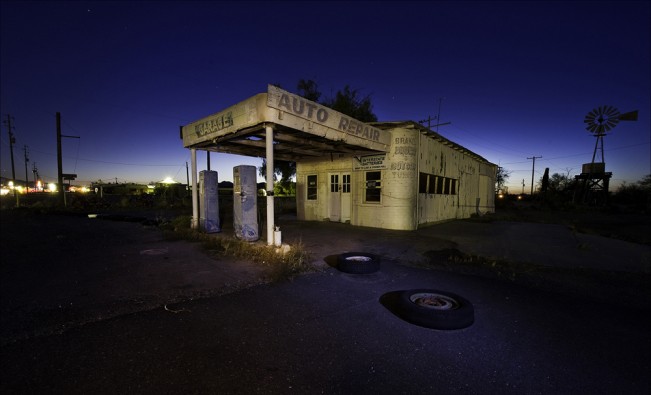 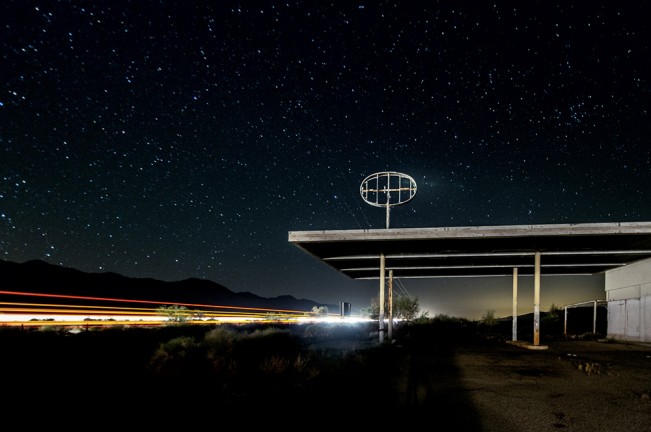 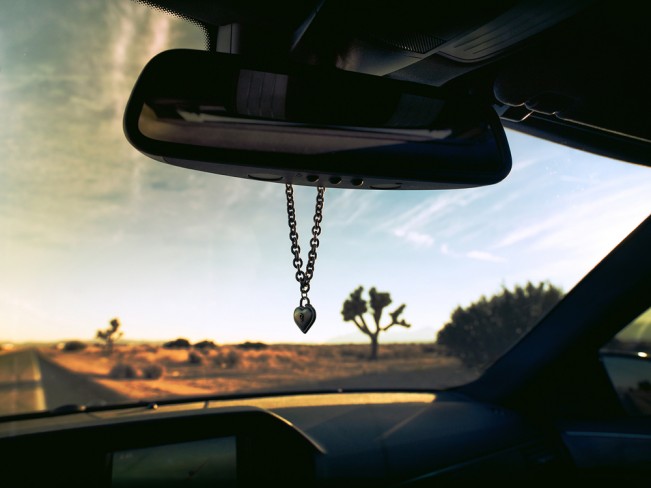 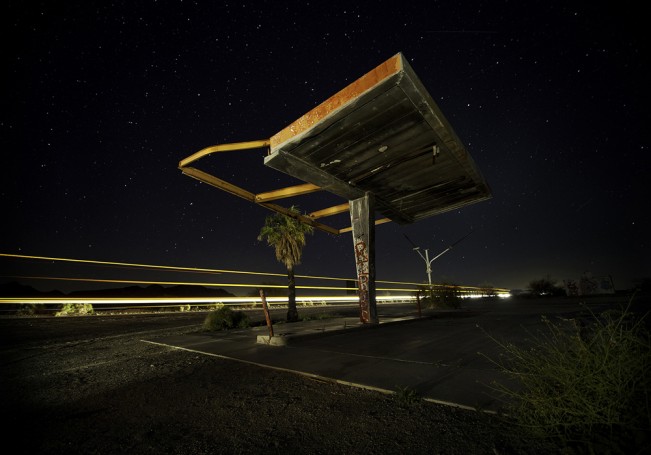 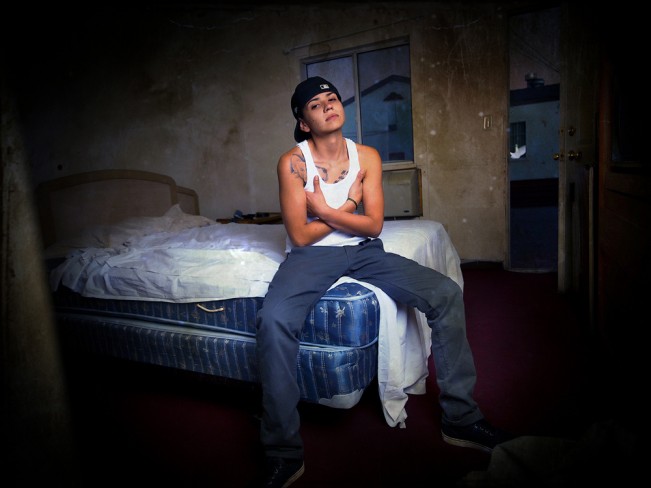 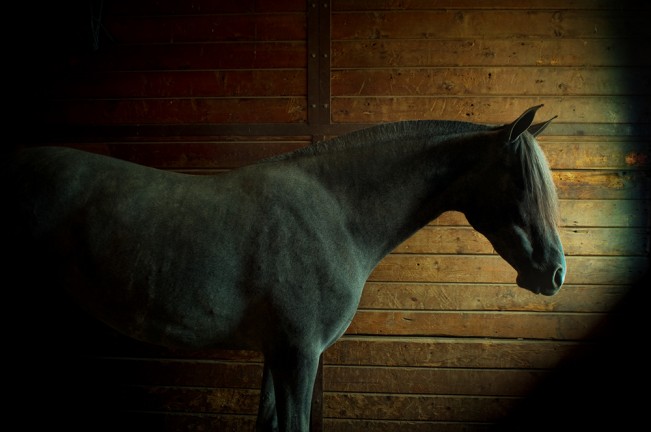 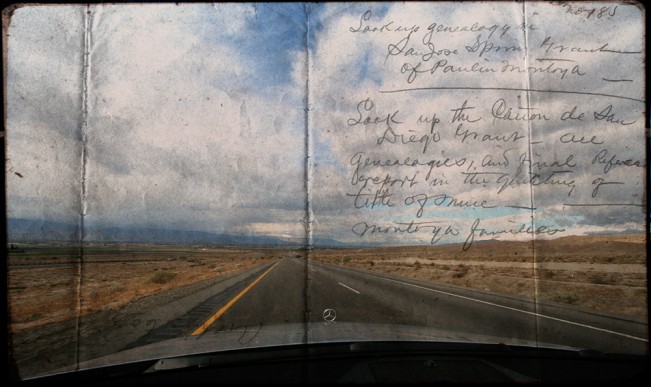