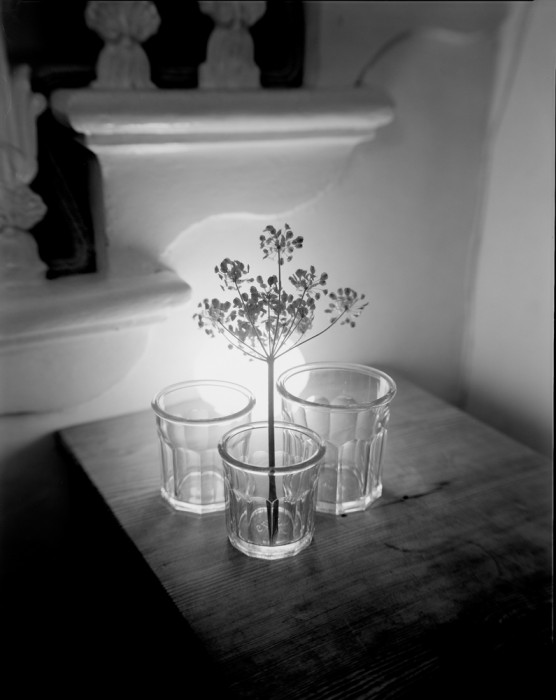 A few weeks ago Andrew Sanderson reached out to me. He had read an interview I had written for rfotofolio where I mentioned the confinement of the photographic project–20 images and a statement, wrapped up in a neat bow. For those working outside of this template, it’s much harder to get work into the world. (Inspired by this comment, rfotofolio now has a call for entry for that one image that doesn’t fit into a project!).

Andrew is a photographer who creates single images and has been frustrated by that confinement. So I offered him a chance to share his work that was not defined by a single subject, instead a range of subjects that have caught his interest.  What was fascinating to me as an editor was that it was difficult to select the work–I still felt it needed consistency and a thread of connection if only through light and process.

In the last ten years, there has been a shift away from creating single images to creating work in projects, shot with intention, created around a conceptual idea or a way of examining the world. My belief is that this shift has come from a variety of reasons.  First, digital technology has moved photographers away from the wet darkroom, where the single image was considered a work of art, lovingly examined, manipulated and made into to a silver gelatin object. Second, university undergraduate and graduate photography programs use projects as a form of thesis, allowing a photographer several years to consider and reconsider a subject through analysis and the reshooting and rewriting of their original intention.

So today, we are simply looking at images, quietly considered, beautifully executed and printed, and for some photographers, that’s enough. 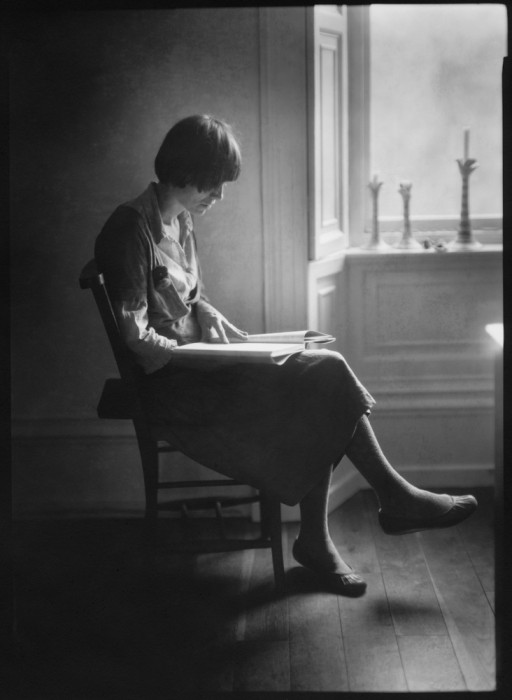 Andrew Sanderson has been creating film based images in his darkroom since he was shown how to print by his father in 1973. He didn’t get a darkroom of his own until five years later when he began to study photography at Batley Art College in Yorkshire, England. From that point onwards, every available moment was devoted to learning the craft of photography.

By 1986, he was writing technical articles for photographic magazines and has published almost 100 to date. In the mid-eighties, his work was published as posters and cards (remember the poster boom of the eighties?), selling 30,000 posters worldwide. Around that time, he ran a photo preservation unit for the local authority, printing images from their vast collection of glass negatives. Following this he went into teaching, both at the college level and adult education. In 1995, he set up a gallery with his wife, the painter Debbie George, and this ran very successfully for ten years.

He then began a long and productive phase, working with Ilford, giving talks and demonstrations at Colleges and Universities all over the UK. In 2007, he was designated an Ilford Master Printer. The next stage of his life was as ‘Head of traditional and darkroom’ at a top University in the north of England, a post which he held for just over five years. 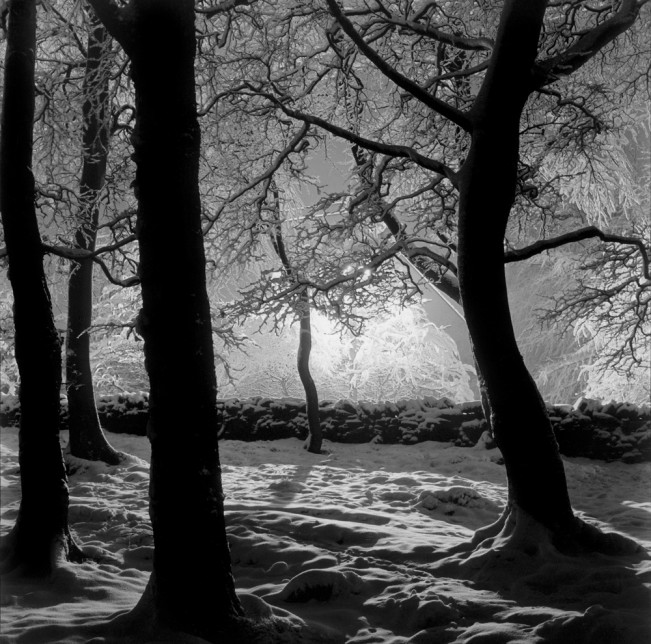 At the edge of the woods ©Andrew Sanderson

I’m handing the post over to Andrew to explain his perspective:

I don’t know how I will go about this. I’m not even sure if I am an artist. I’ve never been comfortable with that label, even though I probably have more in common with artists than any other group. Most of my friends are artists and whenever I read an interview with some photographer or painter, I see myself in some aspect of their personality. I don’t actively promote myself as an artist and just sort of do what I do and end up with a bunch of pictures at the end of it, so I hope you will forgive me if my ‘statement’ is not the usual. Please feel free to edit out the bits you think sound wrong.

I am captivated by light, form, people and places, and I love to discover the things in life that hold a kind of spirit, which is almost impossible to explain. I believe that every single thing in the world has some sort of spirit or soul (in varying degrees) and this is captured, but simultaneously lessened when it is photographed. The things that have been photographed many times have had that spirit dissipated or removed. The grand vistas that have been photographed a million times often produce soulless images, certainly for me. The things that are not photographed yet, hold the greatest amount and are best photographed only once. 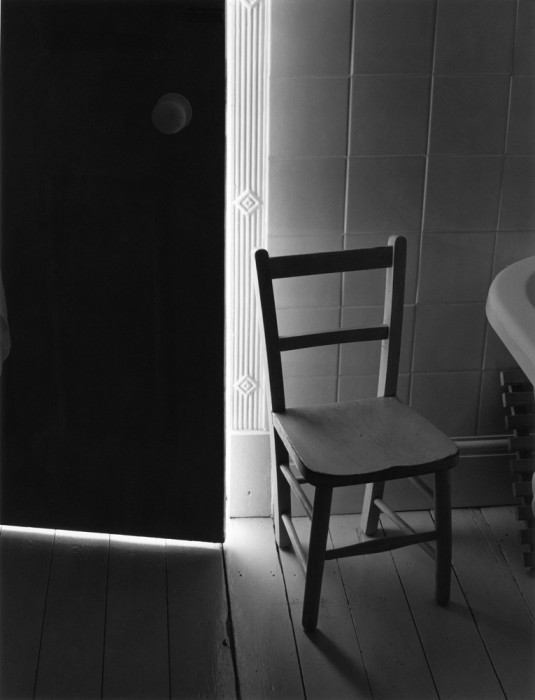 The way I work:
I never work with a project or series in mind, I just shoot what I see, when I see it. I take quite a lot of pictures every day and I’ve done this for over 35 years. I see things, I photograph them in various ways and I’ve amassed a large body of work that has no common theme. If pushed, I can find groups of images which could be filed under; Landscape, Portrait, Still life etc, and I have done quite a lot of photography at home (that in itself makes up enough stuff for an exhibition), but I could shuffle the prints and rearrange them just as well to be grouped as; unusual optics, film format, location, film type, or camera. 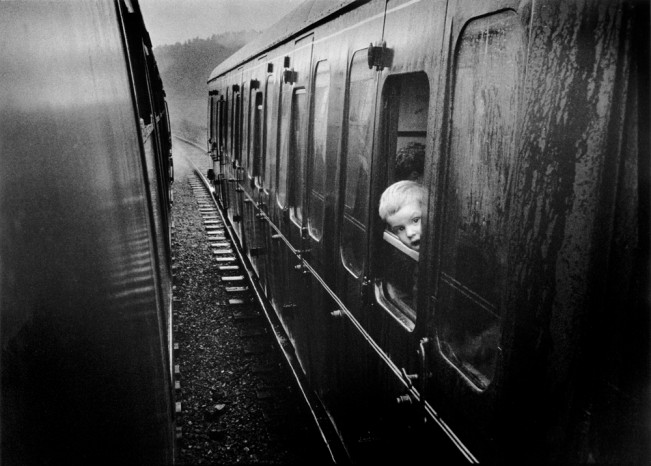 The work is all shot on light sensitive emulsions, this is often conventional film, but also on Graphic arts films, X-Ray film and on photographic paper. 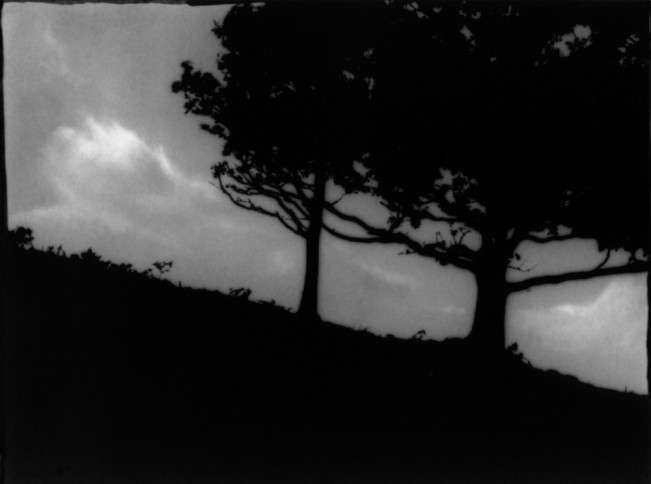 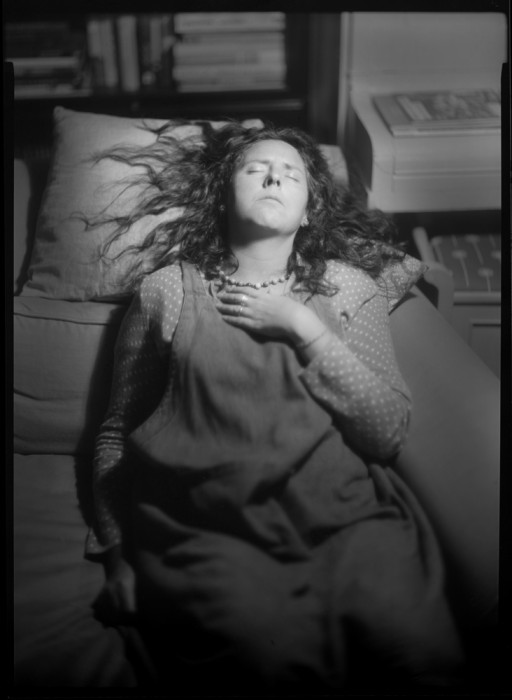 I can’t settle on doing something over and over, even if it works ok. I have to introduce variation, with film, process or equipment.

Even after 35 years, I still like to introduce an element of chance into my shots. I like the sense of uncertainty and flying by the seat of my pants. This is why I’ve never worked on a project. Sure, I’ve had my obsessions, photographing in a certain way, or printing in a certain way for a while, but then I have a reaction to that and have to do something totally different as a contrast and an escape from it.

As I said, I have never been able to stick to a project, my strongest work comes from being affected by something and recording that, and I don’t like to force it. Apart from that, I know that if I was pursuing one theme I would constantly be getting distracted by other picture possibilities, instead of getting on with it. 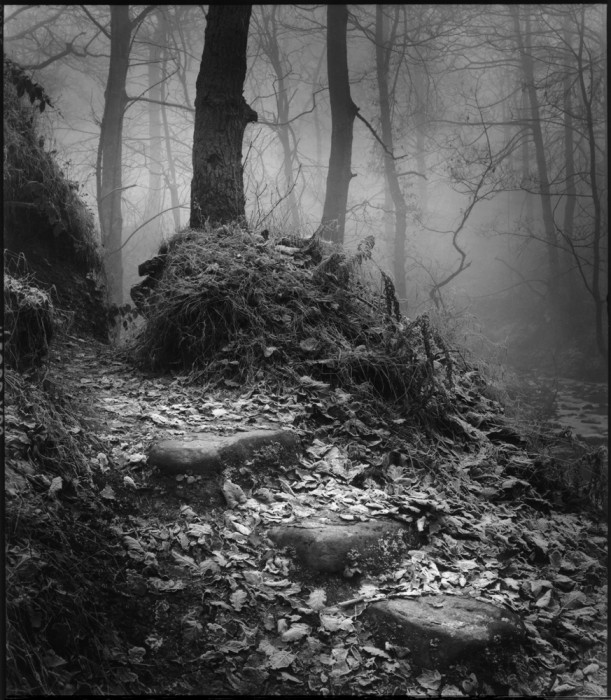 I used to make my own cameras out of cardboard or wood, -all very poorly constructed -but functional, until the particular idea or inspiration had run its course. At which point they would fall apart or become part of something else. I don’t do this much anymore because I’m conscious that my large body of negatives needs exploring and I should spend a bit more time in the darkroom bringing those to life, rather than messing about with cardboard and wood.

Currently I’m inspired to photograph urban areas around Yorkshire, but I expect I’ll be doing something totally different by next week.

I have recently created a bespoke printing service for film photographers. This is aimed at film shooters who are interested in having a high quality interpreted print from their negative, something that ordinary labs just don’t provide. http://thewebdarkroom.co.uk/printing-services/ 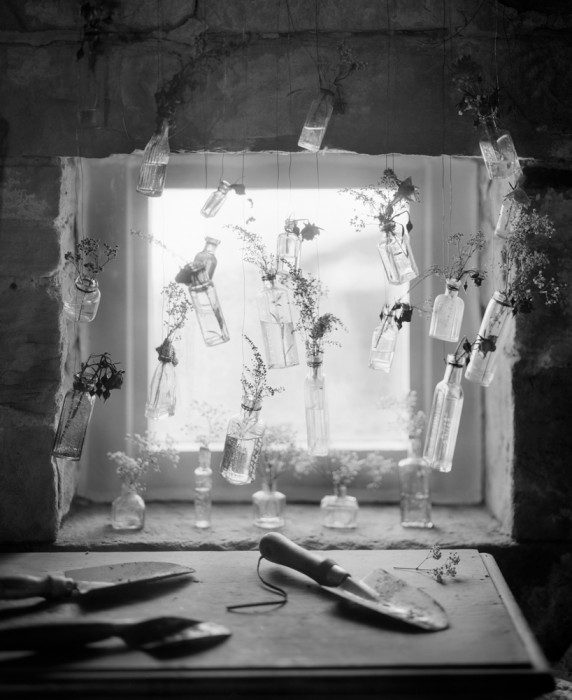 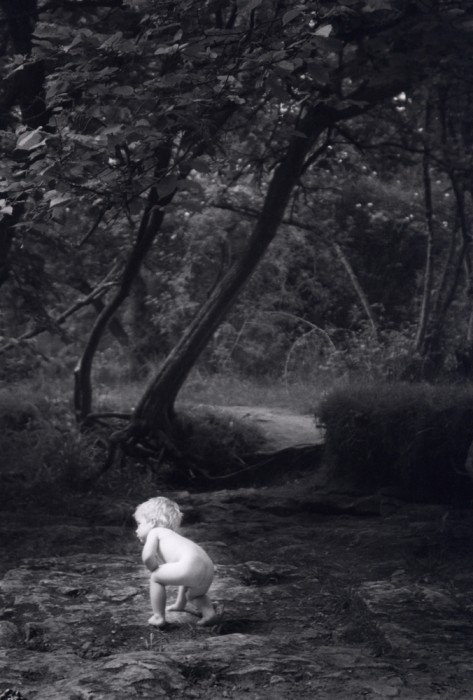 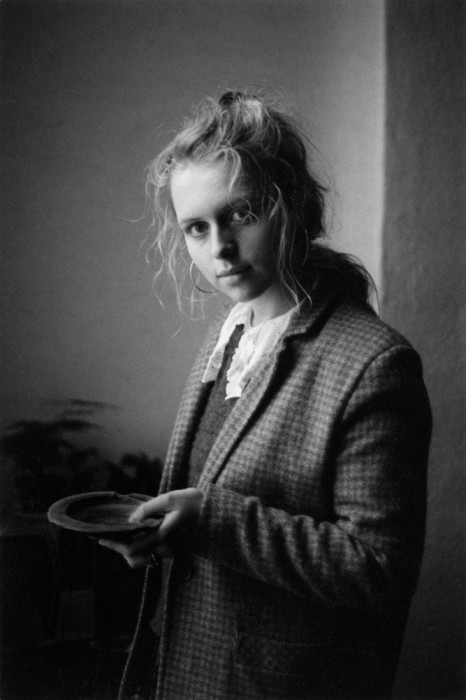 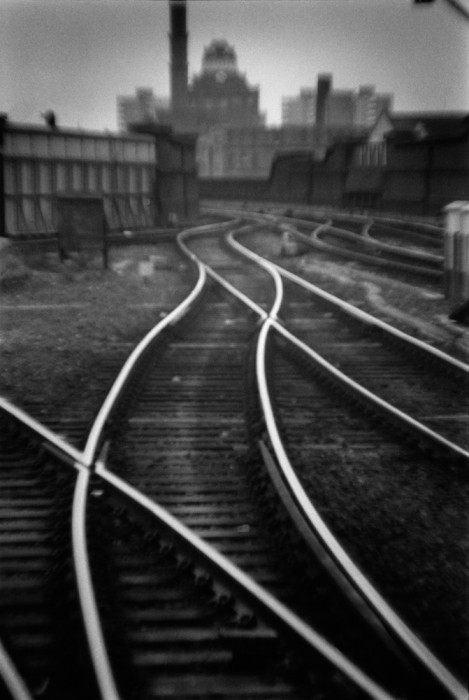 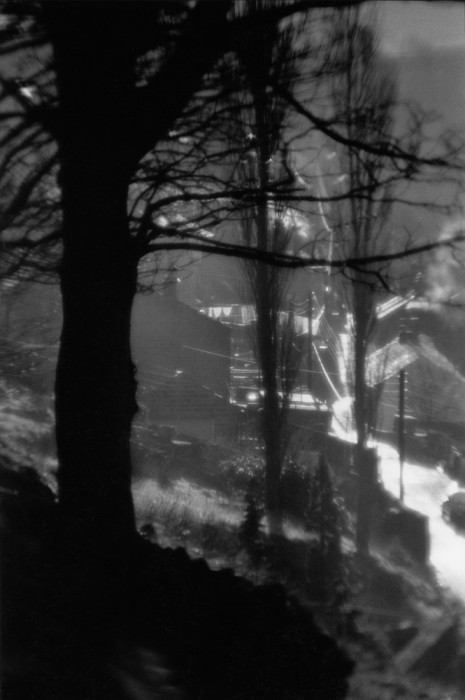 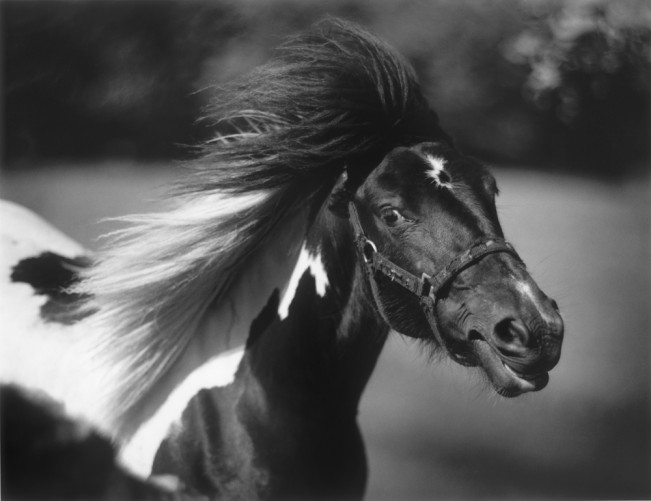 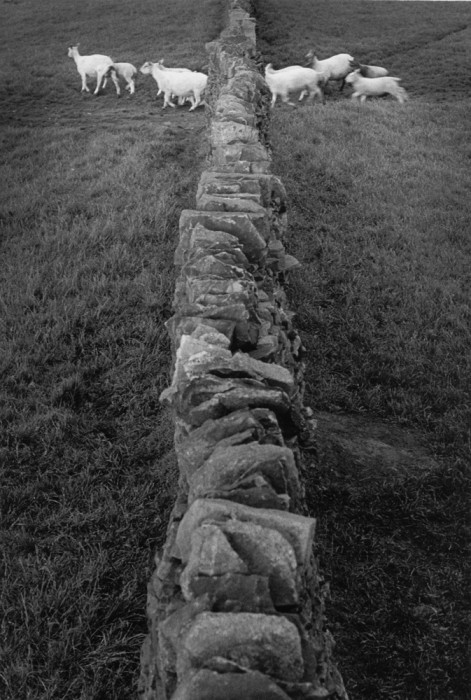 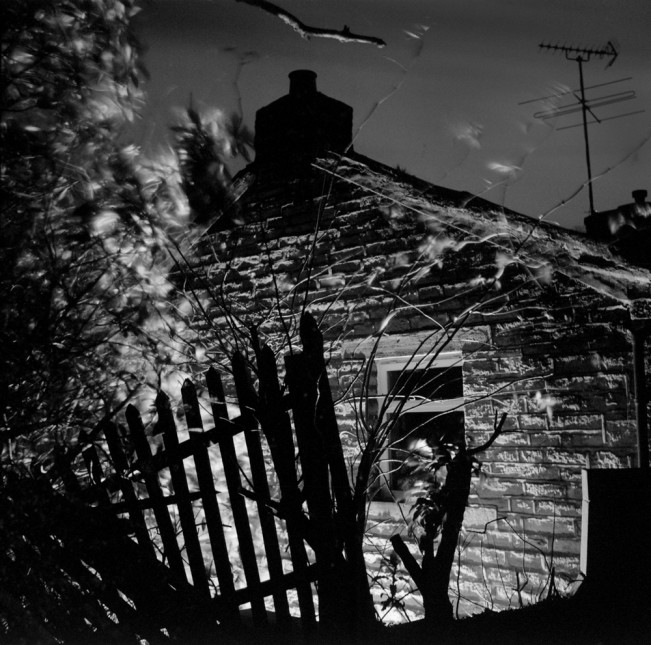 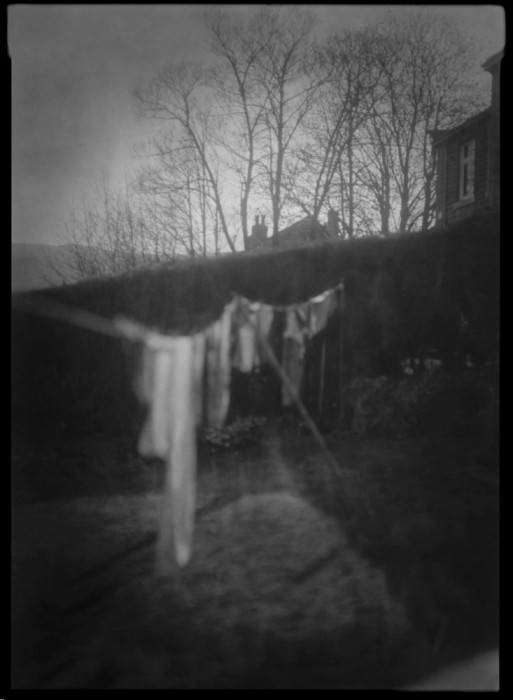 Washing on the line ©Andrew Sanderson