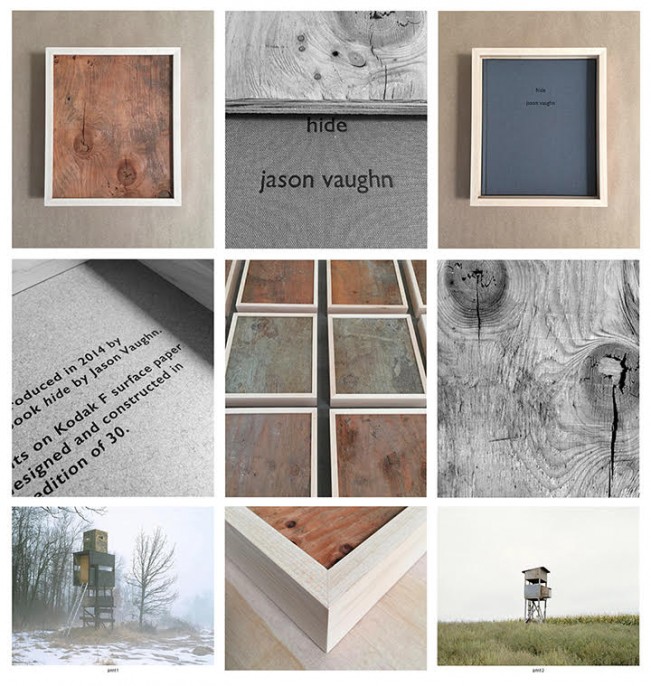 Jason Vaughn is proud to announce the release of his book hide along with a special edition through TBW Books.

Jason’s work, hide, was first featured on Lenscratch in November of 2013 before his beautifully crafted book was published and I am excited to have the opportunity to now promote his work in its new hand-held form. The title of the series fits perfectly with the materials used in this limited edition book as it is nestled inside a wooden exterior.

hide began as a commentary of Wisconsin’s hunting culture through exploration of the hand crafted deer stands used to obscure the hunter as a metaphor for the sport’s changing values.

Vaughn’s long drives through rural Wisconsin and his conversations with hunters about the tradition’s role in their families moved him to shoot. Many stands were built on family owned land with permanence in mind, a tangible symbol that would pass on to those who would inherit the land and its customs.

The images are infused with a serenity that aligns with the hunter’s insistence that their sport is not about violence but about oneness with nature, a time to be spent with children, a means of providing sustenance for large families. The decaying condition of many of the stands illustrates the tradition’s recent decline.
In 2011, at age 32, Vaughn was diagnosed with leukemia. With a 3-month old son at home, he re-approached the work with contemplations on permanence, mortality, and decay. hide is a reflection of the author’s own legacies, family, his home, and ultimately, the acceptance of change.

Born from a mutual appreciation for the publisher’s home-state of Wisconsin, the special edition boxset continues TBW Book’s tradition of crafting fine books from unique, and often, found, materials.  Items chosen for the special edition mimic the essence of the deer stands: weathered and rugged plywood, taking on the characteristics of their surroundings, meant to conceal the contents within; these rough elements are used in contrast to the edition’s finely milled and assembled framework. 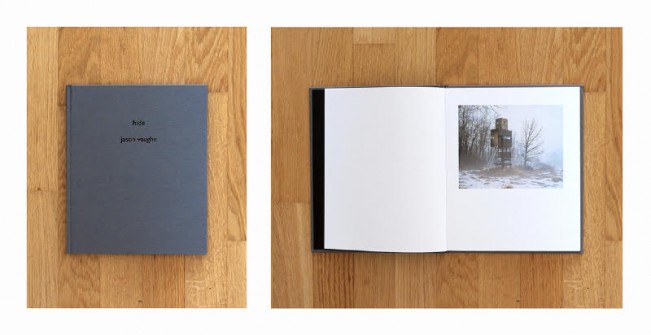 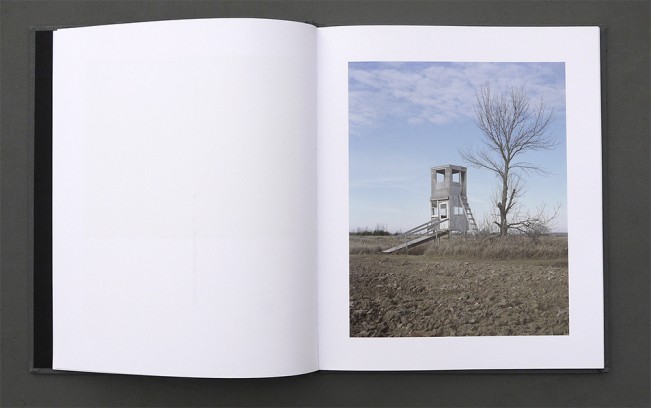 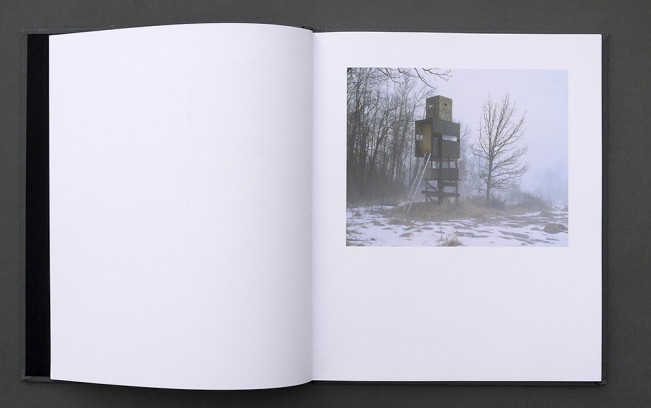 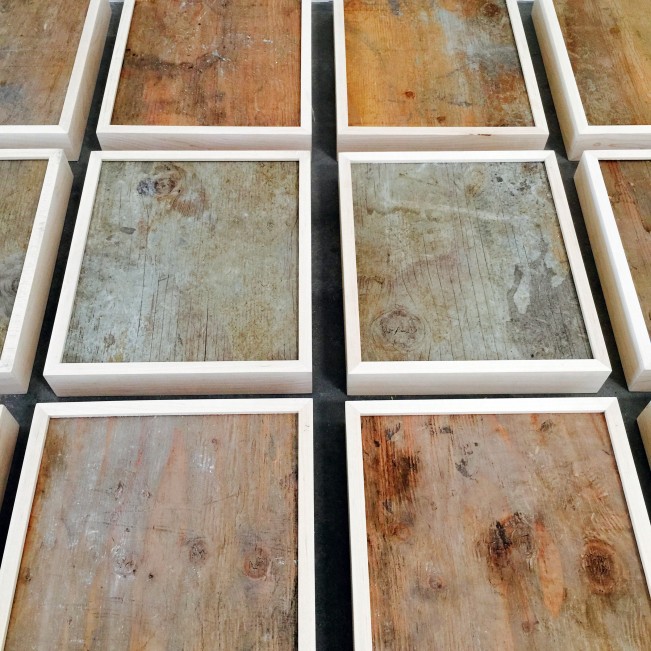 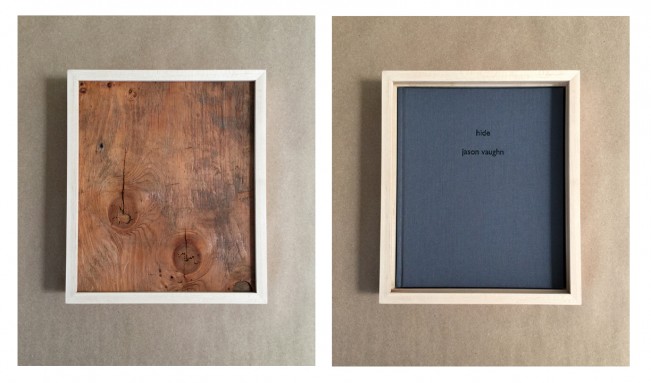 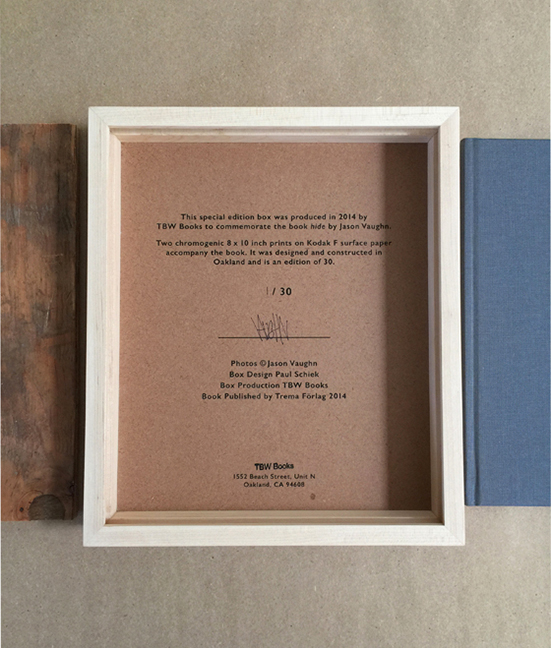 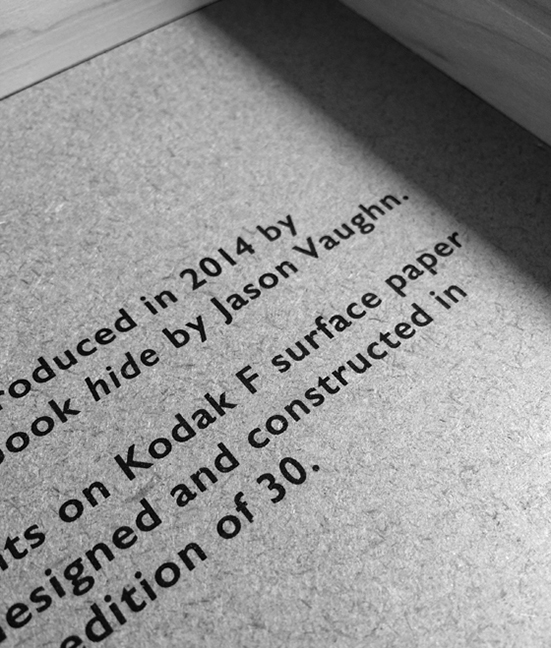 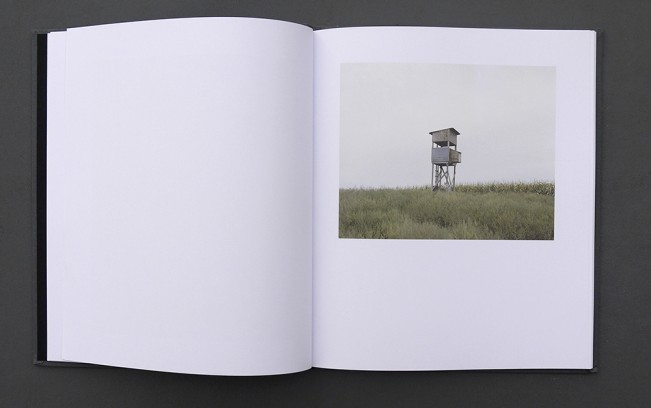 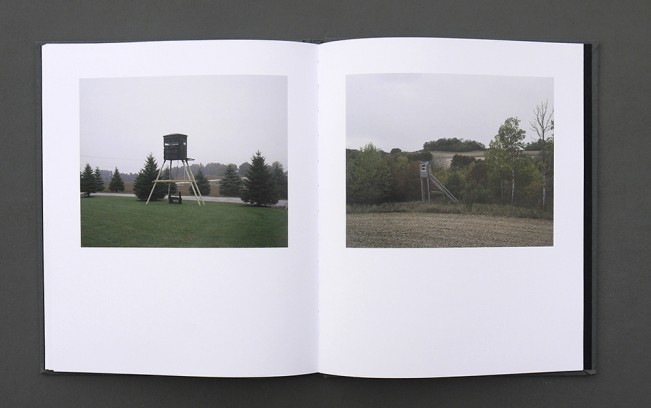