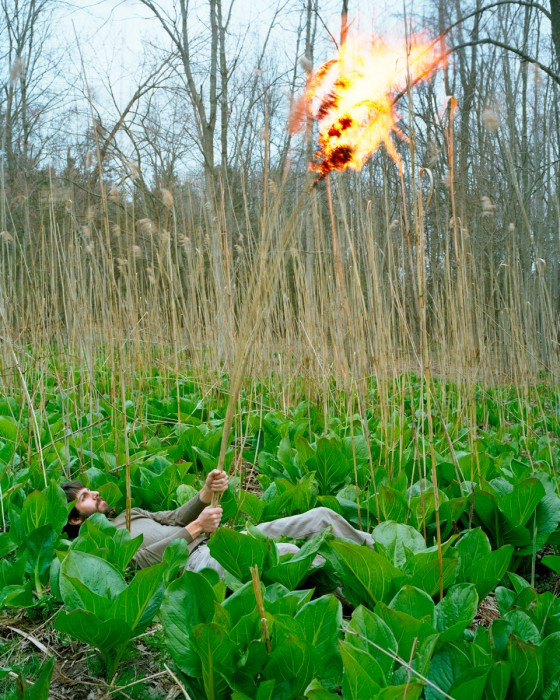 We are looking at Florida this week as guest editor Jeremy Chandler takes over for the LENSCRATCH States Project.  Today we look at Jeremy’s own work, whose personal narratives ignite with myth, adventure, and identity.  He shares his thoughts about the fluid nature of his single image approach to his practice, and also touches on photography in Florida, and its aesthetic duality of country verses coast.

Jeremy Chandler is a photographic artist who creates through a variety of conceptual and formal approaches, such as straight photography, tableaus and documentary and narrative film projects. He is interested in how the landscape shapes individual notions of self, as well as social dynamics between people. His work questions traditional notions of masculinity, which are also often expressed through men’s relationships with the forest and with one another within this context.

In addition to being the 2008 Photographer Laureate for the city of Tampa, FL, he has exhibited at notable venues in the United States and abroad, including Mindy Solomon Gallery in Miami, FL; Hagedorn Foundation Gallery in Atlanta, GA; Balzer Art Projects in Basel, Switzerland; Giampietro Gallery in New Haven, CT; and Scope Art Fair during Art Basel, Miami Beach. He received his BFA from the University of Florida in Creative Photography and MFA from the University of South Florida. He is currently an Assistant Professor and Photography Area Coordinator in the Art Department at Southern Connecticut State University. His work is represented by Mindy Solomon Gallery in Miami, FL. 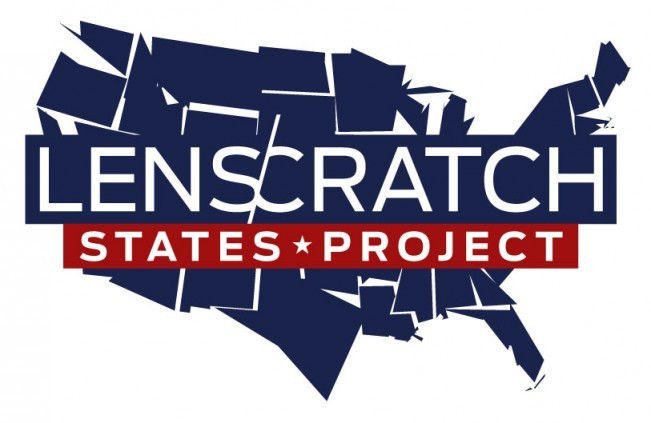 Jeremy shares thoughts about his own work:

My art practice has grown out of a desire to express my personal history; experiences, relationships, and identity through a prolonged engagement with place and a process that emphasizes shared experiences with those I photograph. I create through a variety of conceptual and formal approaches, such as straight photography, tableaus and documentary and narrative film projects. Throughout, futility, ritual, sublimity, land use and methods of concealment are all recurring themes in my work. My visual language is informed by my own memories, cultural mythology, and depictions of masculine identity through cinema, art history, and popular culture. I am interested in subverting ritualized expressions of masculinity to reveal a more nuanced idea of maleness and how culture and myth can often intertwine to create altered perceptions of space and place. In my most recent photographs, I construct images by repurposing methods utilized by hunting and military culture, converting otherwise weaponized techniques into benign aesthetic devices. I activate spaces that are typically already known to me, through the introduction of people, found and homemade props, and cinematic methods of storytelling. 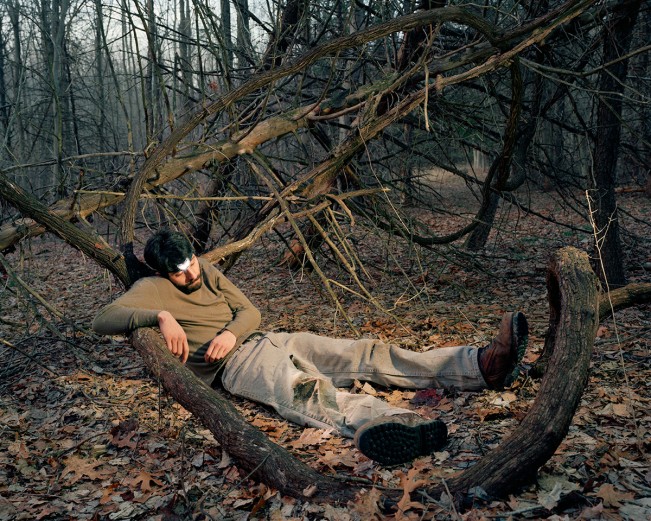 You mention that prolonged exposure to place has helped shape your identity. How exactly has Florida done this for you?

I grew up in a farming community in north Florida, which is culturally more similar to Georgia or Alabama than the Florida that most people probably think of. We lived outside of town, and I had a couple friends close by, but as a kid, I spent a lot of time alone trying to figure out ways to entertain myself. As I got older, friends and I would build things out in the forest or go hunting. I remember a period of spirited BB gun wars. We had a lot of fresh water springs and rivers close by – we’d go swimming or fishing. We basically had to make our own fun all the time, and there was a full submersion in the landscape that I think was formative to my art making. I also think about the art that I was surrounded by growing up. There were a lot of pastoral paintings and hunting scenes in people’s homes. My grandfather was a Sunday painter and painted landscapes. My parents were prolific photo album keepers. They were also big into civil war, so we watched the Ken Burns docs quite a bit. I remember being taken by the Brady and Gardner battlefield photos used to illustrate those films. I think much of my iconography stems from things seen and experienced during adolescence. These are certainly the experiences that led me consider the forest as potent space to make photographs. I do make work in other place now, but I still go back and use the north Florida landscape in pictures because it’s such a charged place for me. 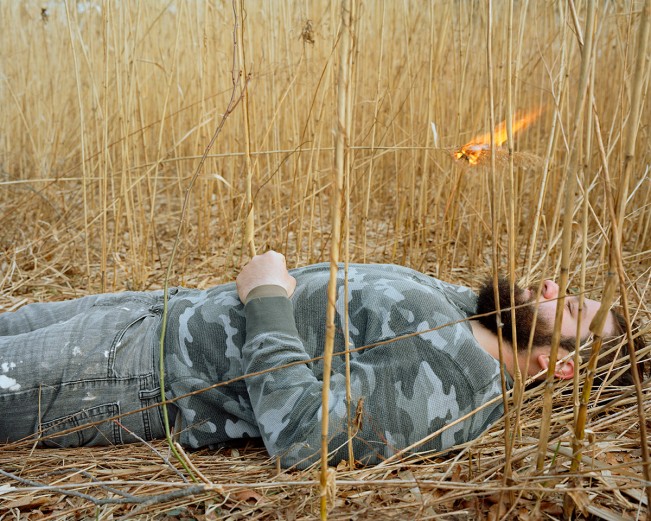 I was thinking that there was a more southern feel to your work versus someone who might have grown up in one of the beach cities.  Looking at the larger art and photographic scene, do you find that there are distinct aesthetic divides between the coast and the country?

I can’t say that I’ve noticed an aesthetic divide between the inland and the coast, although there are cultural shifts within various regions of the state that I think influence aesthetic differences. One artist that comes to mind is Selina Román, who is one the photographers I’ll be featuring this week as guest editor. She grew up in south Florida, and I think her use of color, light and the landscape reflect that part of the state. Most of the photographers that I know who are working in Florida are originally from some other place, so I think they tend to respond to the environment in their own way and maybe notice things that a native might overlook. 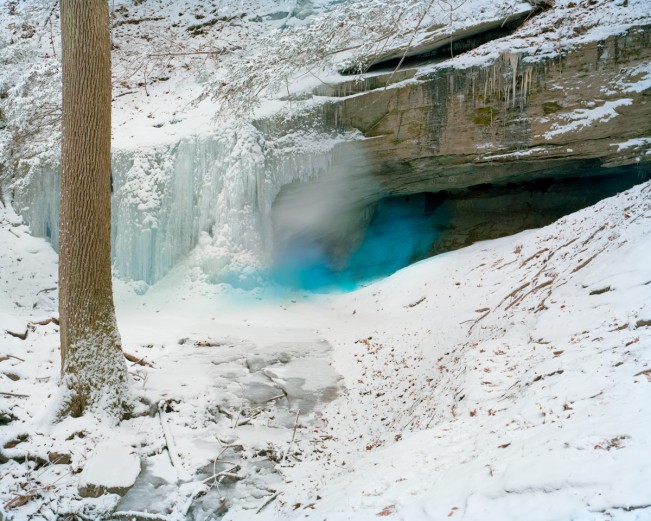 Could you walk us through your creative process for establishing a narrative?

Most of my narratives start with a simple idea that I’ll keep track of in my sketchbook. An idea is typically sparked from something I’ll see in a film, read or see out in daily life. These things form the basic seed for a photograph and will sometimes sit in my sketchbook awhile. Through my travels, I keep a mental catalogue of potential places that I think might work for a photo, so I will typically already have a place in mind that might to fit a particular shot or sometimes I have to wait and find the right spot for what I need. I’ll also have specific props that I know I want to incorporate; so making a narrative photograph is often the coming together of these various elements. There is typically a basic plan or look that I aim to achieve, although once I’m in the field, things happen pretty organically. Usually, the shot that I end up using is different from the one I had in mind. 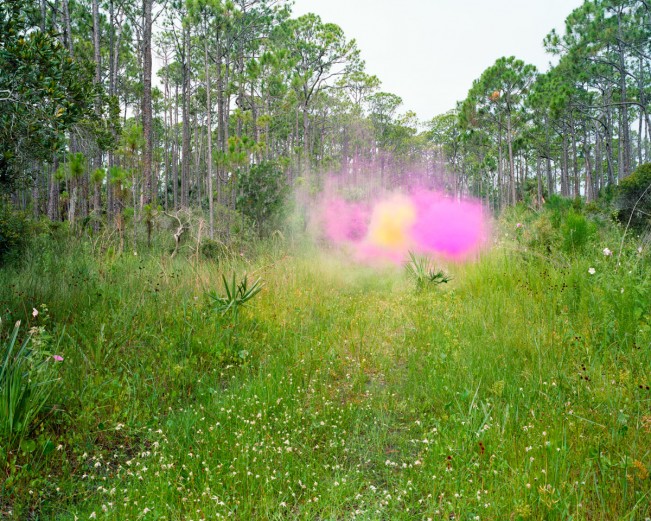 Your work seems fluid when viewed all at once, though has obvious differences both in narrative and imagery.  What is this overarching world that connects these subsets within your work?

I’m definitely interested in notions of masculinity and mythology relating to the forest, so those ideas are in almost everything I make. I began staging narratives in graduate school using pre-photographic illustrations from 19th-century sporting periodicals as reference material. The illustrations were these hyper-masculine examples of re-told hunting stories. They were pictures of guys fighting off bears with their hands and other over the top things, but they resonated with me because they reinforced a masculine archetype that was very familiar. Restaging those scenes became a way for me to inject a personal, subversive voice into something I viewed as false. That work formed the foundation for many of the themes that I’m still exploring. For instance, the act of hunting was the pretense for those scenes, but I think what I found most interesting was the tension residing in the relationships of the men. There was an ambiguity in the relationships, and the pictures seemed to be the moment before a significant event. Something that I still think about a lot when making photographs is the internal dialogue of the characters, as well as the ambiguity in the character’s actions. I like to present the viewer with a situation that they have to make sense of. Lately, I’ve been working a lot with single figures hiding or waiting on something or someone. Sometimes they’ll be cloaked or engaged in some sort of activity, but it’s unclear if they’re the hunter or the hunted. Even in the photos without people in them, I’m still thinking about a presence close by and what types of things one might be doing to entice or lure the other.

I certainly want all my work to be unified stylistically and thematically, but I’m also interested in making singular images that can stand-alone. I tend to make one image at a time, so there is definitely a building of one photo on the next as I get ideas. I do tend to work fairly intuitively, but I have been slower to move on from things recently. 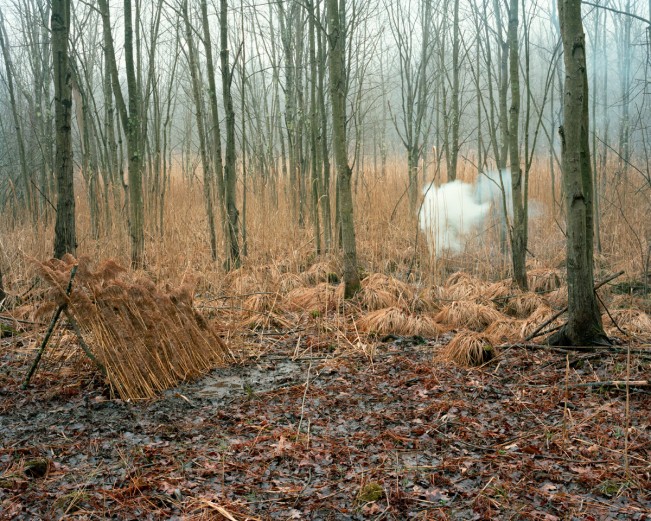 Between researching these illustrations from sporting periodicals and the narrative direction in your practice, is there ever a written component that accompanies your photographs?

Not in an exhibition context. Whenever I do formal presentations, I will often show the illustrations for reference. Although if I ever publish a book, that would be something I would definitely consider doing.

Are you working on any new Florida related projects?

I am! I’m currently collaborating on a full-length documentary film titled Invasive Species, which explores the proliferation of the Burmese Python in South Florida. I’m making it with Shawn Cheatham, who is a Tampa based filmmaker. We’ve been shooting primarily in Miami and around the south end of Lake Okeechobee. Our friend Mark Cannariato, who is a Brooklyn-based interdisciplinary artist, is creating an original score for the film. We just completed a trailer for it earlier this summer and I’d say we’re a little over halfway finished shooting.

I’ll be in Florida this fall shooting new work for an exhibition at Mindy Solomon Gallery in Miami opening February 2016. I’m also a member of a photo collective in Tampa called Fountain of Pythons, and we’re having a Florida themed group exhibition at Tempus Projects in Tampa this month. 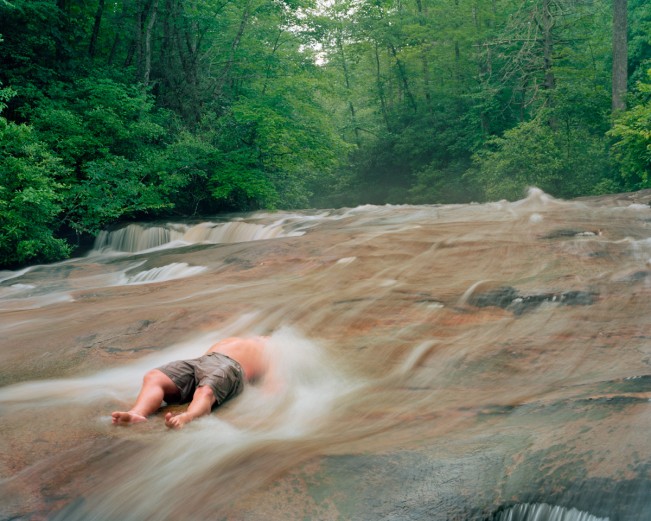 That could vary depending on where I’m at and what I need at the time, but most versions would be pretty low-key. My wife and I like to hike with our dog, and I love to go to springs when we’re in Florida. We would probably do some sort of boating or swimming on the river. I like to cook, so I would probably have some sort of food project in the works. Maybe a fire outside at night with a few beers….something like that. 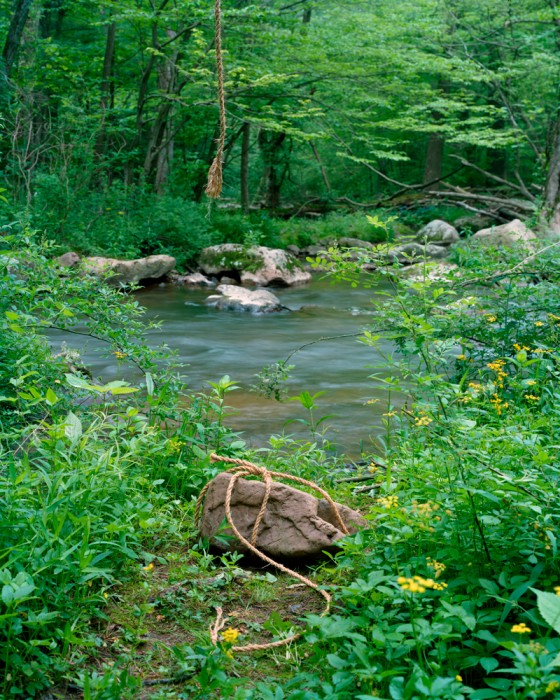 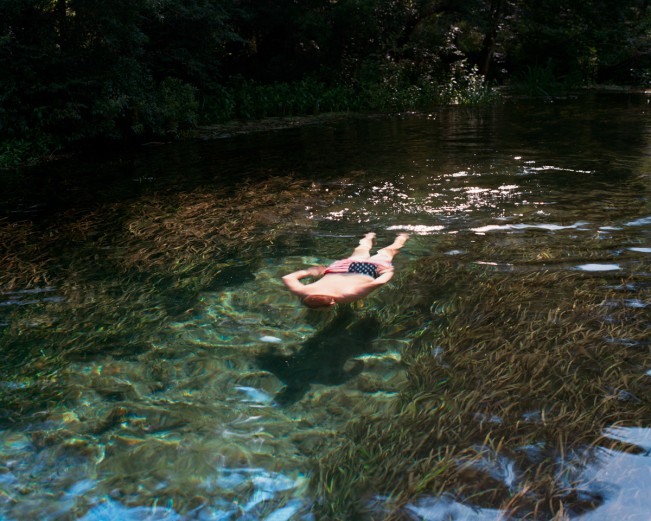 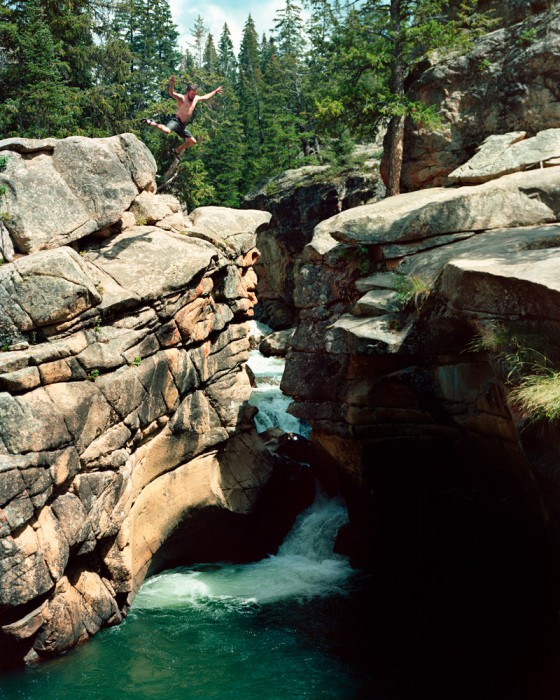 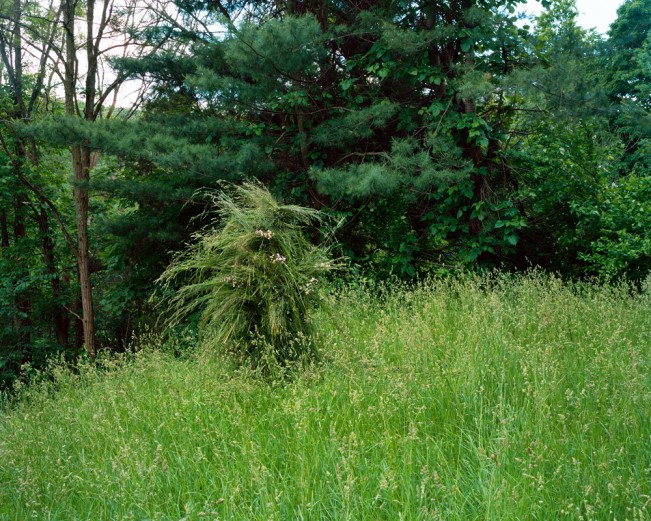 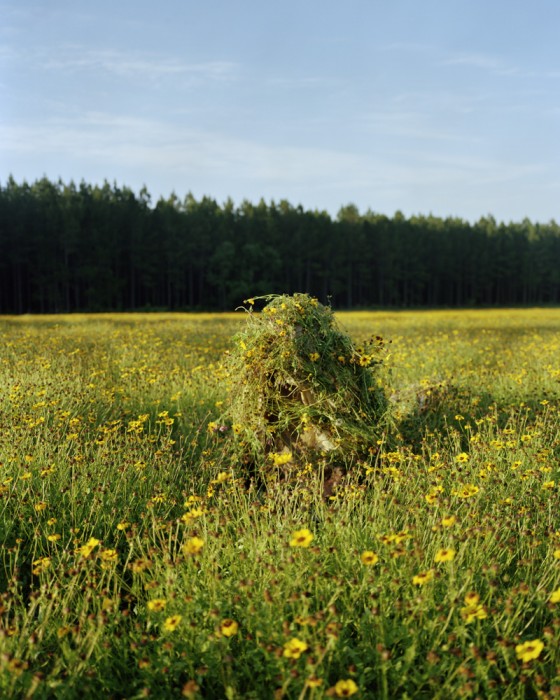 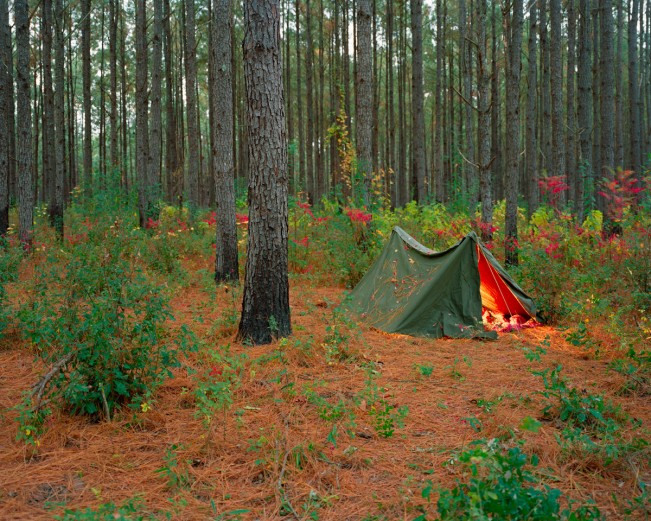 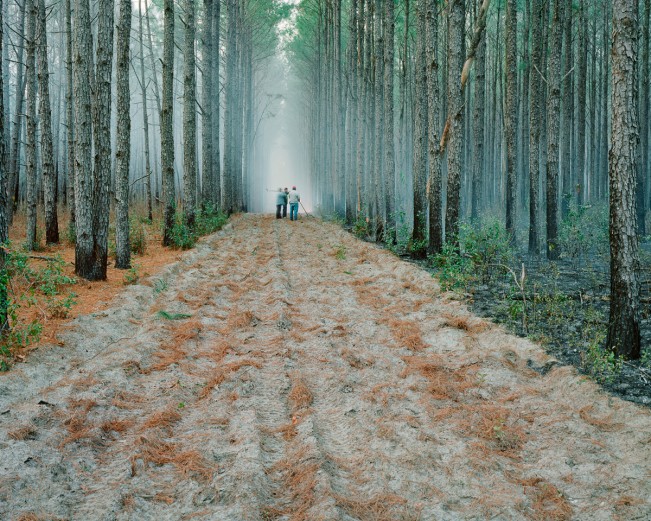 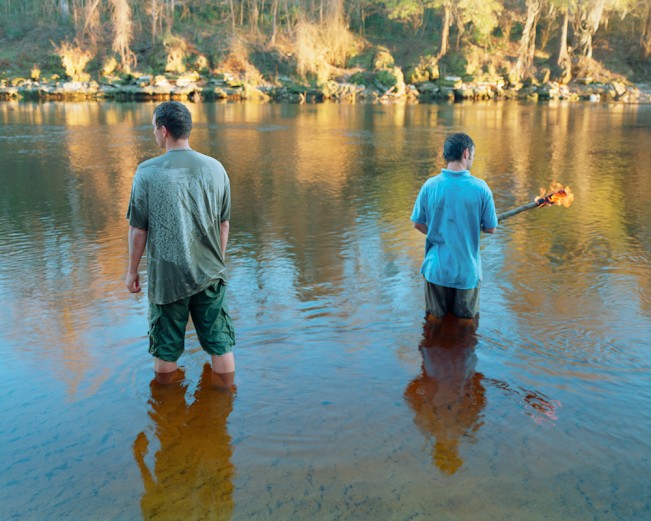 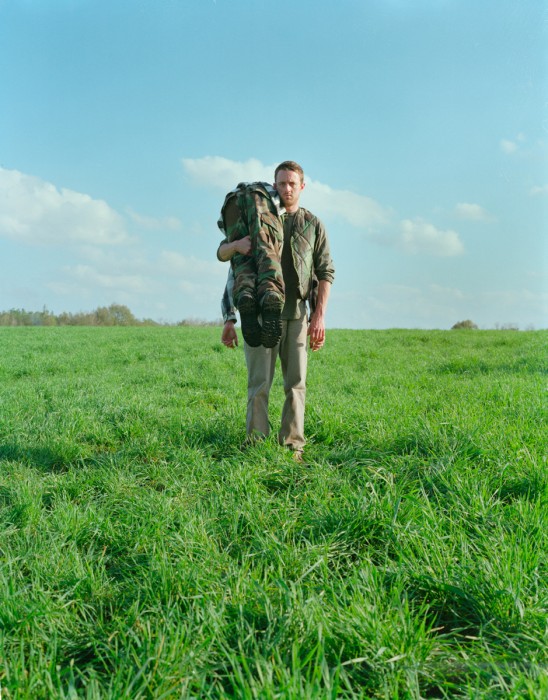 ©Jeremy Chandler, Sid & Eric in Green Field During The Winter, 2008 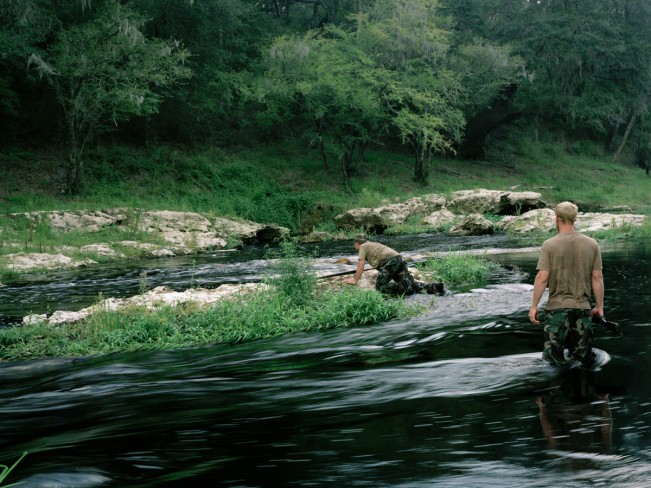 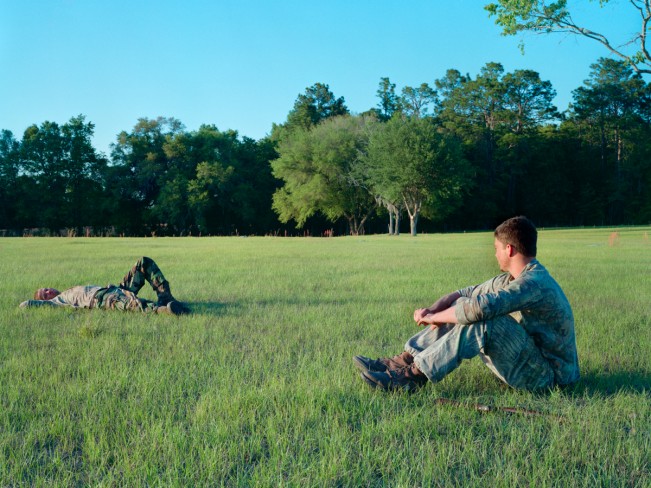 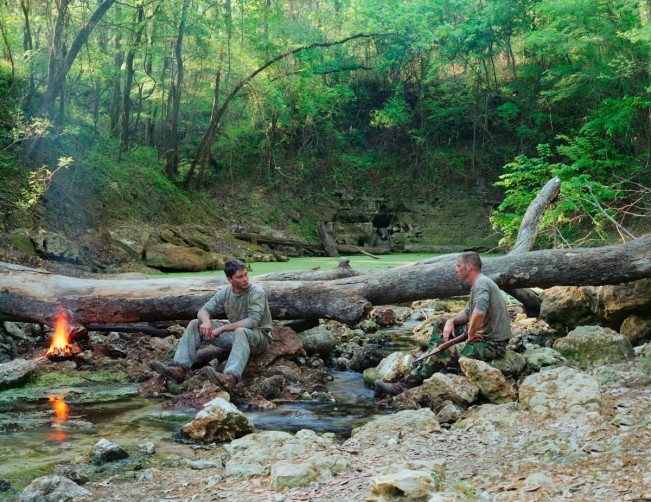