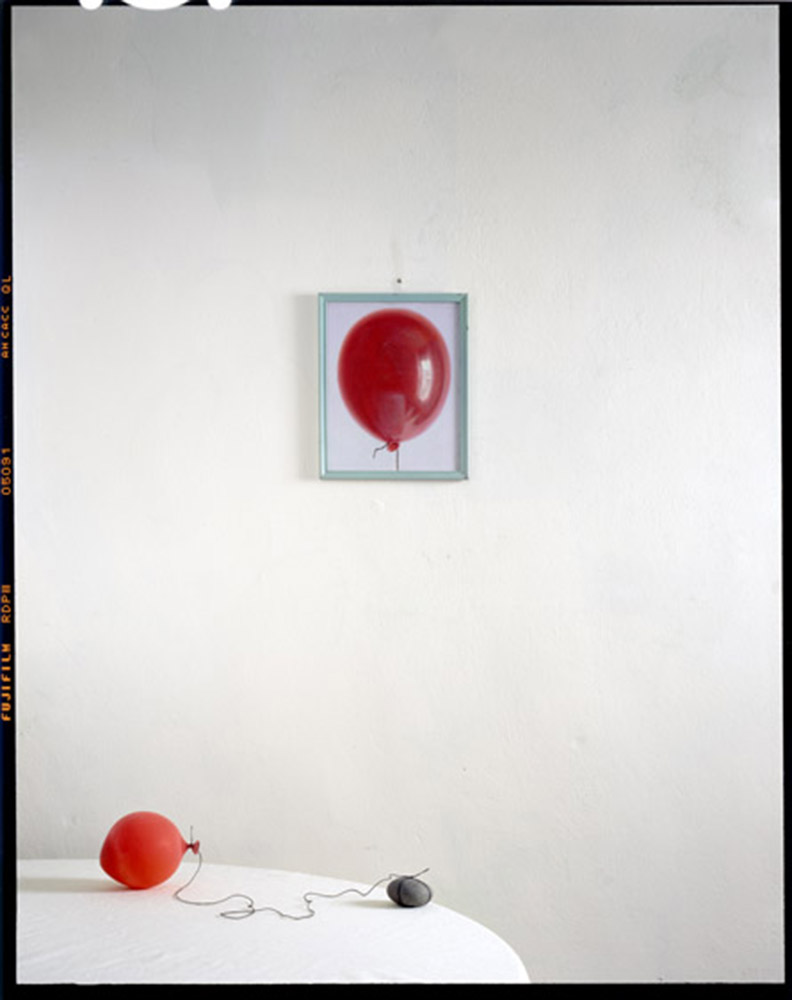 @John ChervinskyBalloon, Rock on Table with Painting, from Studio Physics, 2010

Last year, the photo community lost a beloved and respected member, Boston Photographer John Chervinsky. His photographic legacy will be remembered this weekend with an exhibition, but it will also continue with the John Chervinsky Emerging Photographer Scholarship. Today, his friend Todd Lemke shares more about John:

On Sunday, April 17, the Nave Gallery Annex in Somerville, MA will host a pop-up exhibition of the work of John Chervinsky. John was an amazing member of the photo community in Somerville, Boston and beyond. He was, more importantly, a great talent, though he would never admit this himself, always expressing more interest in the work of others and the pursuit of solving visual problems in the next piece.

The exhibition is a celebration of John’s life and work for one day only, and will showcase works from two of his well-known projects, An Experiment in Perspective and Studio Physics.

Originally opening in 2005 at the Griffin Museum of Photography, An Experiment in Perspective marked a turning point in John’s work and signaled his emergence as a mature artist. Each of the thirty-one photographs comprising An Experiment in Perspective bears the hallmark of John’s unique style and approach to photography: a purposefully limited but tonally rich palette; a meticulous attention to composition; the emergence of invention and creative variation despite–or perhaps because of–the self-imposed constraints of a carefully controlled studio environment; a strong conceptual and scientific underpinning resulting in a synergistic fusion of art and science; and, most importantly, a beautiful and instantly beguiling image that rewards careful examination and reflection, even as its immediate impact as pure image remains. Putting John’s understated, penetrating aesthetic sensibility on display, An Experiment in Perspective also showcases the epistemological quest at the heart of his artistic endeavors: “I see An Experiment in Perspective as posing questions without easy answers. My intent is not to express a single narrow perspective but, among other things, to expose the pitfalls of doing so.” 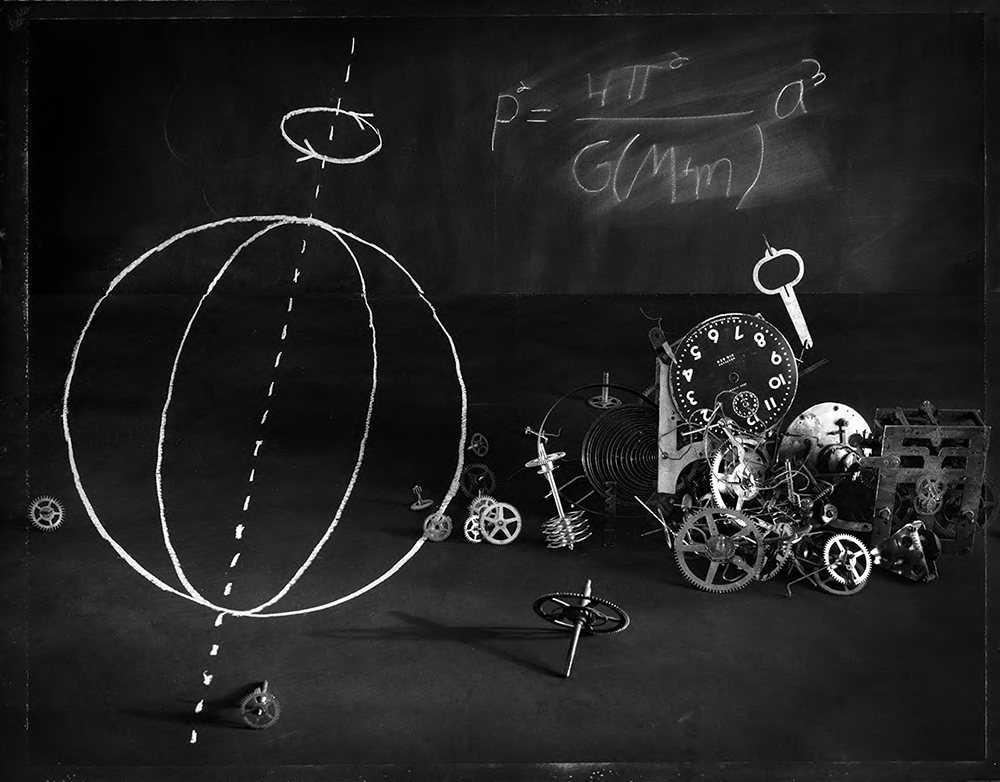 Begun in 2010 and continued until John’s passing in December of 2015, the Studio Physics project was driven by his desire to explore the concept–or more accurately, the question–of time: “I am fascinated by the concept of time. I can measure it, account for it in an experiment in the lab, and live my life in it, but I still don’t know what it is, exactly.” The execution of each photograph in the Studio Physics series was typically a matter of several weeks, the result of a time-lag built into a process that John described as, “1. Compose and photograph as still life; 2. Crop a subset of the image and send it to a painting factory in China; 3. Wait for an anonymous artist in China to paint an oil painting of the subset and send it to me in the mail; 4. Reinsert the painting into the original setup and re-photograph.” As was the case with An Experiment in Perspective, each of the resulting images is far greater than the sum of its parts. While the vibrant, colorful images of Studio Physics stand in stark contrast to the chalk and slate austerity of An Experiment in Physics, the two projects nevertheless share certain traits in common. Both are comprised of meticulously staged and compositionally precise photographs, executed in a carefully controlled studio environment, under a set of constraints that allow for a surprising amount of variation. With Studio Physics, however, the painterly quality hinted at in John’s earlier work comes to the fore. While each of the images in Studio Physics warrants a close study of the optical chicanery at its heart, such study is best undertaken simply to drink in the richness and beauty of the image itself. 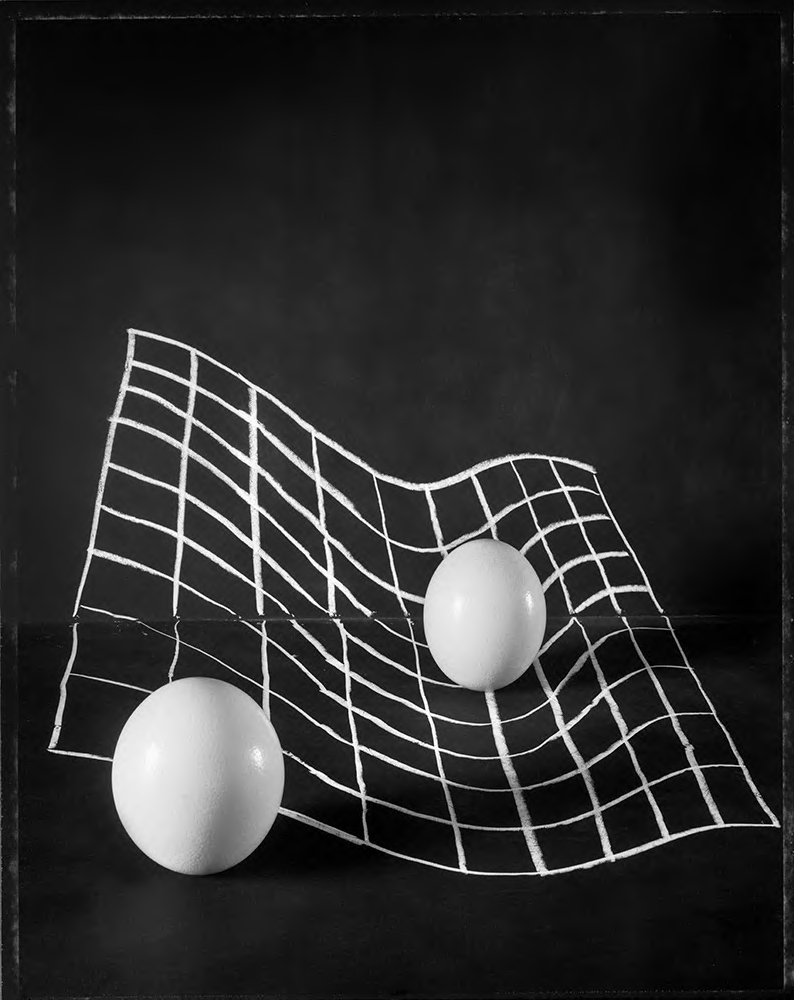 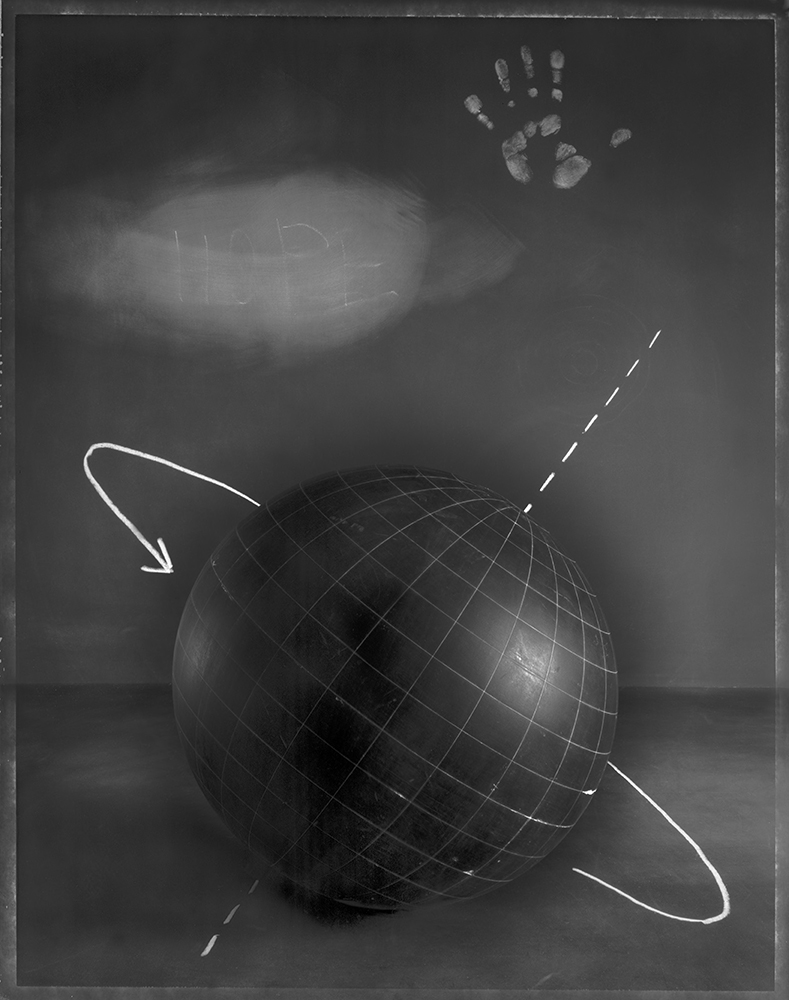 If you are in the Boston area on April 17, please visit the pop-up exhibition at The Nave Gallery Annex, 53 Chester Street in Somerville. The exhibition will be open from 12:00 – 6:00 p.m. 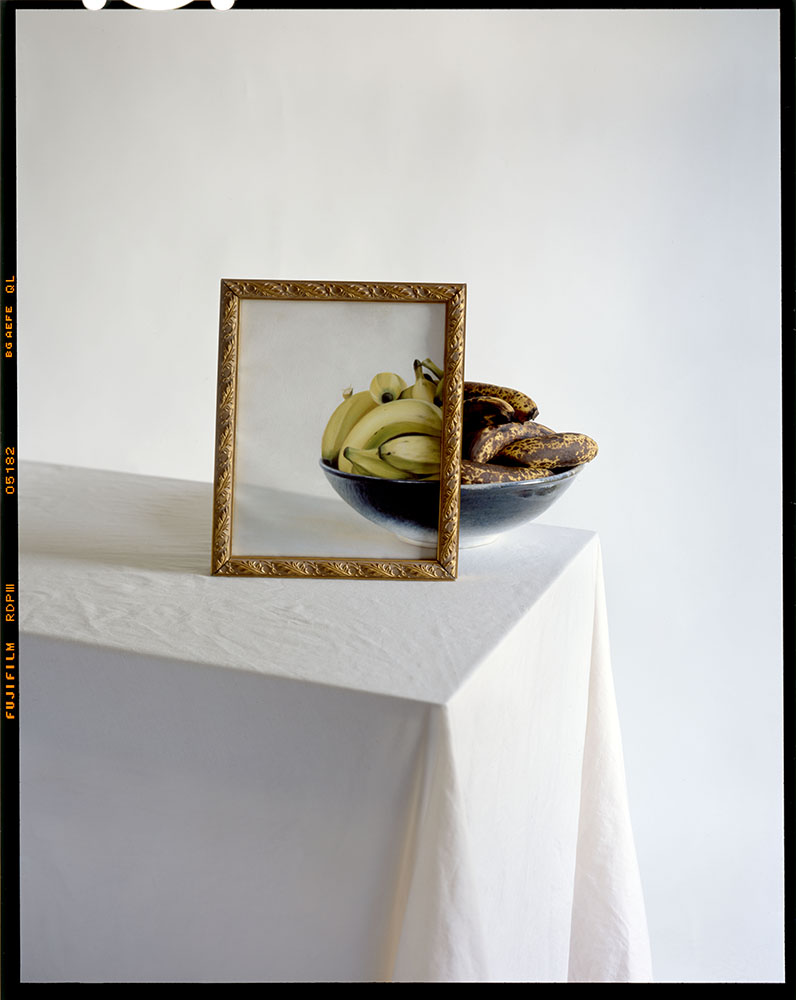 ©John Chervinsky, Bananas in Bowl with Painting on Table, from Studio Physics 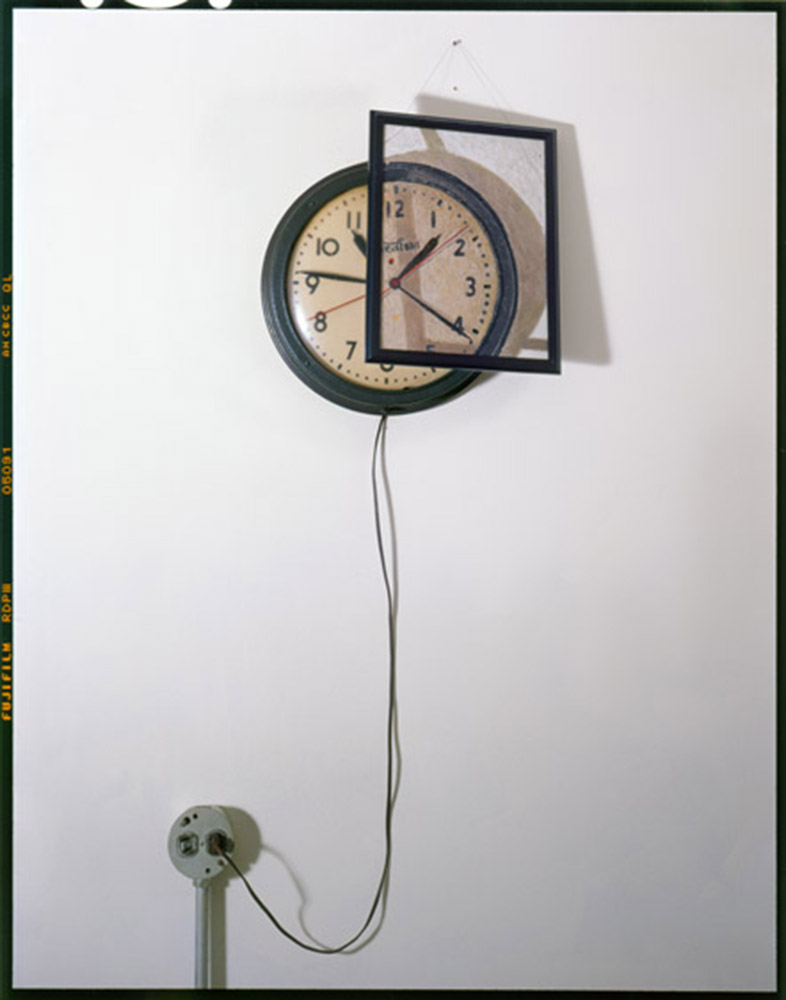