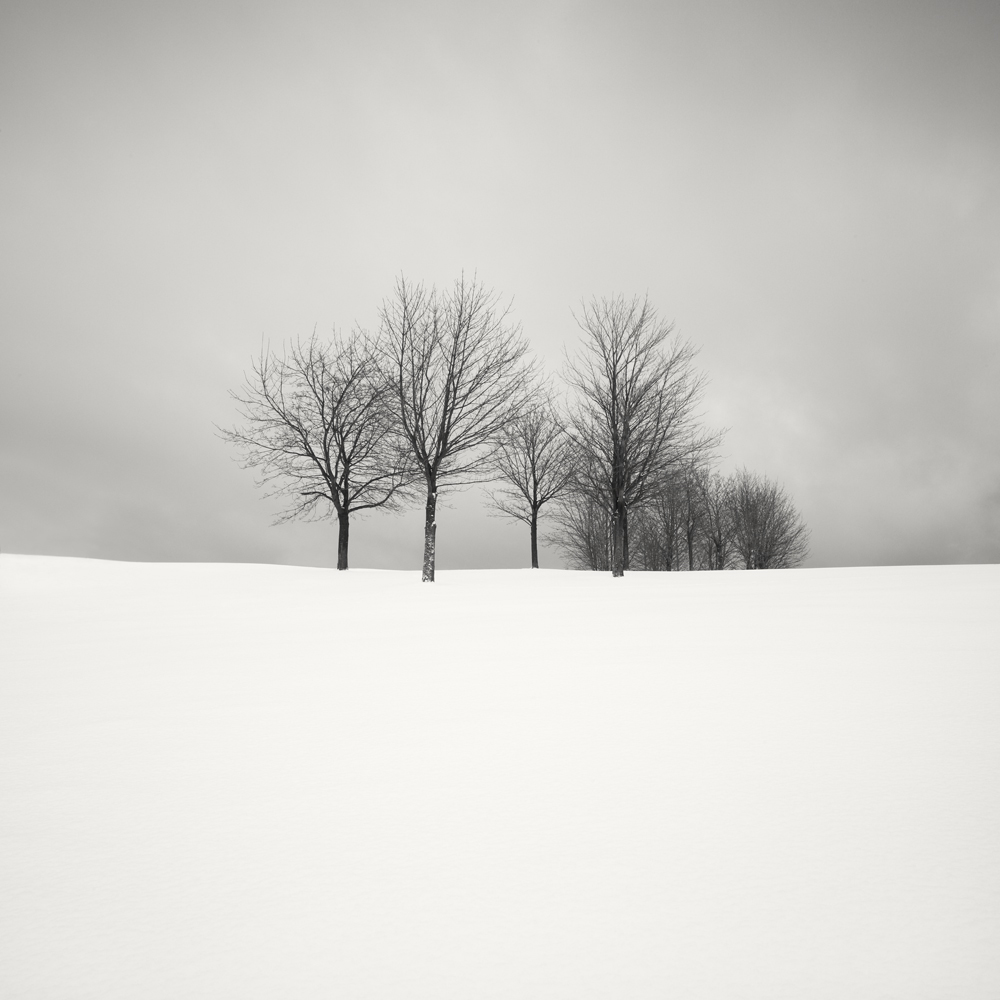 Happy Holidays! Christmas came early this year when my friend Jamie Johnson gifted me with with a book by photographer Håkan Strand. She met him in Ireland and then again in November at Paris Photo and ordered his recent monograph to be shipped stateside. Several weeks later she received two books, with a note from Håkan stating that in Sweden, there is a tradition of giving two gifts, to make the holiday season gift giving easier. So with one good gesture comes another and I share Håkan’s elegant and quietly beautiful photographs on Christmas–a visual respite from the cacophony and chaos of being human in the 21st century.

Published by Kehrer, the book is titled Silent Moments and has three cover options. Håkan’s Scandinavian influences are reflected in the simplicity of the compositions and his work pays tribute to the traditions of photographers such as Michael Kenna. “Silent Moments is about turning away from the hectic pace of modern life, putting time aside for moments of stillness and timelessness. With his use of light and shade, rhythm and form, Strand reconnects us with nature in a special way”.

Silent Moments can be ordered on his site. 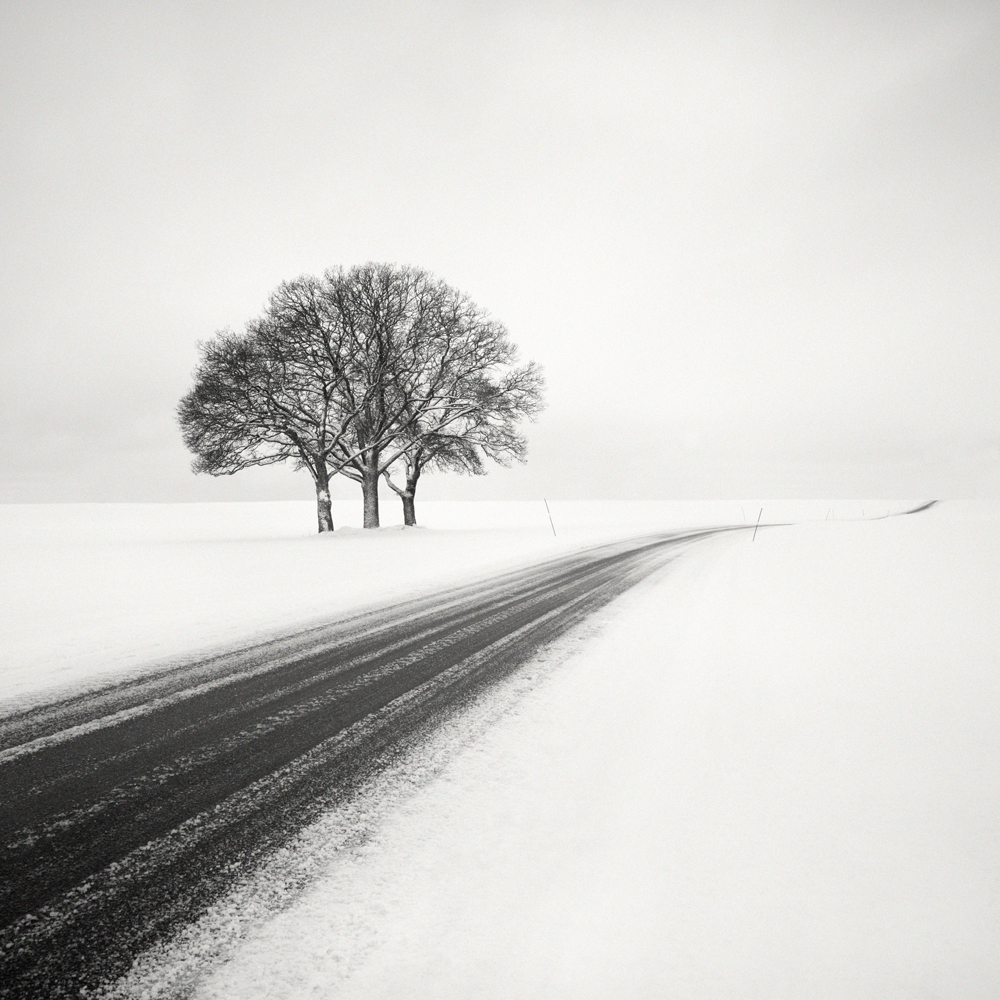 Håkan Strand is an award winning Fine Art Photographer based in Stockholm, Sweden. He brings his Scandinavian influences into his photography to create a style which is characterized by sophisticated simplicity of form, beauty and lines. By making use of low light environments, between dusk and dawn, bad weather and gray cloudy skies, the artist is able to create his elegant and atmospheric black and white photographs.

Håkan Strand is represented by several art galleries in Europe and USA and widely published in international magazines. His fine art photography prints are held in private and corporate collections, including the Swedish embassy in India. He has received several international awards for his photographic work. He was awarded 1st prize in the Prix De La Photographie in Paris, France, 2007, for his Waterfront Studies. This series was also selected as Best of Show by Anthony Bannon, Director of George Eastman House in Rochester, NY, USA. Håkan was a Merit Award Winner in Black and White Magazine, UK, 2008. He also received Merit of Excellence in the Black & White Spider Awards, 2008, and an Honor of Distinction in the Black & White Spider Awards 2010. The same year he was awarded 1st prize by IPA, International Photography Awards in the USA. 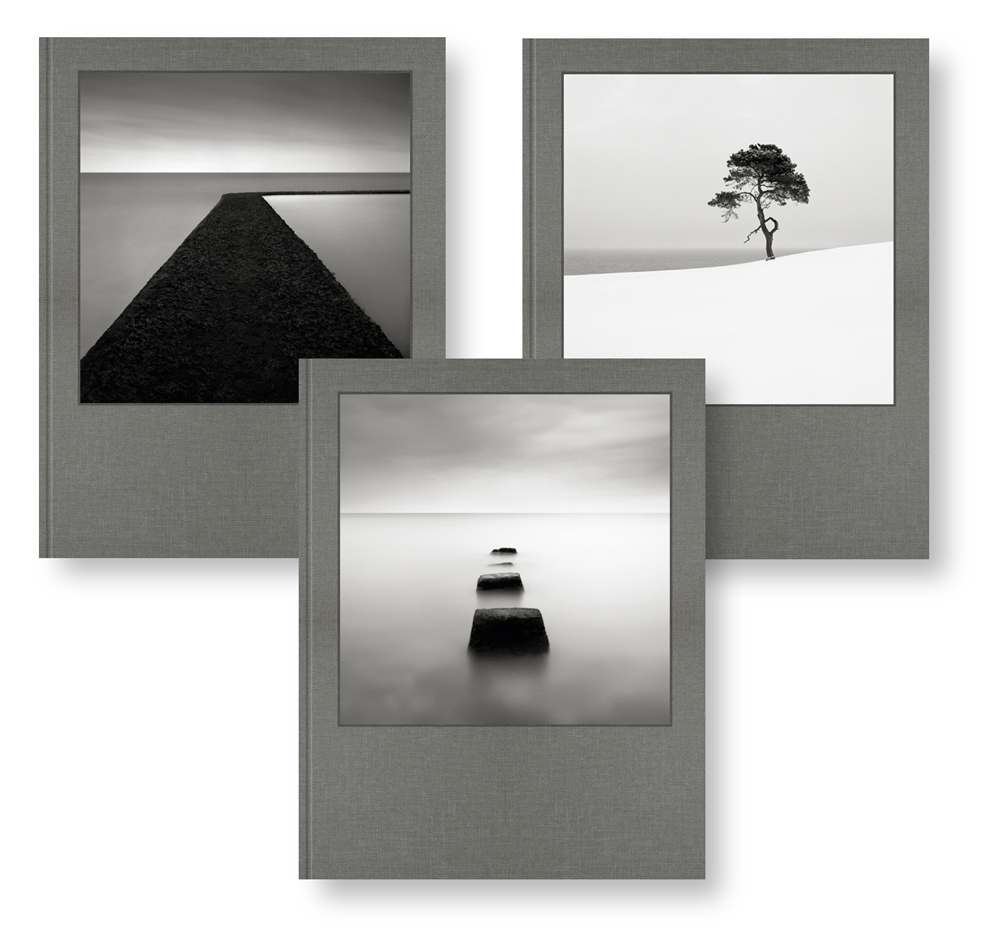 This book is a collection of precious moments that I have had the fortune to experience. It’s also a personal story. It’s the result of a decision I made back in 2007. A decision to make a major change in my life.

I used to work as an anesthetist in a trauma center, a very stressful job. After many years in this hectic environment, I decided to leave my stressful way of living and focus on other values in life. My photography and the way I work is a part of finding a calmer side of life.

As a photographer, I’m not aiming to break new ground. I would say I’m more of a “preserver” of the old photographic tradition. I enjoy working with old analog cameras and traditional black and white film. It encourages me to work slowly, to take my time, to study the light and environment carefully before I start working.

Also, as anyone can see, I have no interest in using my photography to show the less impressive side of humanity. We can already see and hear that every day on our smartphones, on our tv and radio, and in our daily newspaper, and also – many times – in the contemporary art scene. As the title “Silent Moments” indicates, this book is completely the opposite.

So, from my point of view, I hope this book can offer a short break from daily life for anyone who opens it. Maybe something meditative, something that invites the viewer to stop and rest for a little while. – Håkan Strand 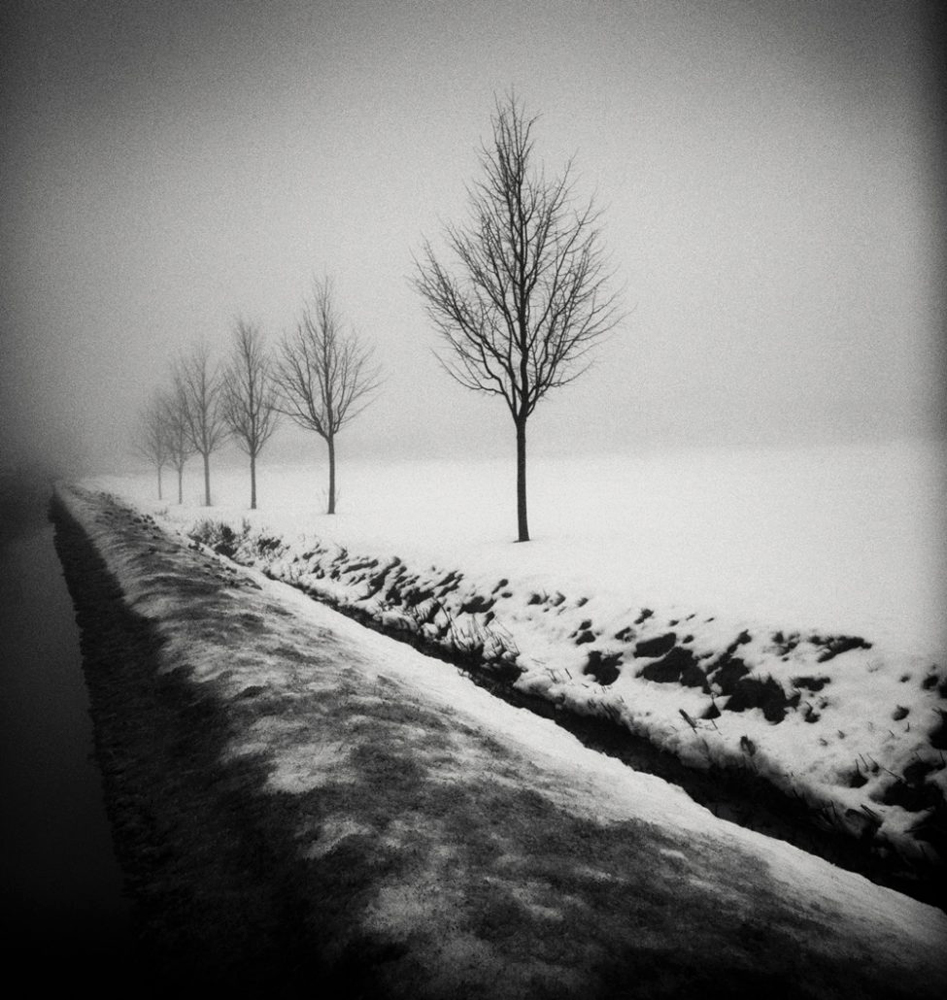 In our modern society, time is accelerating. We are constantly being bombarded with trivial or commercial images, and through the media and internet, we are even affected by human, economic and geopolitical situations far away. Håkan Strand offers us a different approach to experiencing the world and ourselves. His photography offers us a refuge from the racing whirlwind of our thoughts.

Håkan Strand’s calming approach is reflected through his use of traditional black and white analogue photography, which pays tribute to the tradition of the great masters. This is his own way of battling the fast pace and excesses of modern life.

Every day, we take photographs with our mobile phones. We can send a message to let someone know we’re thinking of them, or a copy of a document, for example. We can use images for practical purposes or to communicate. Another way of using photography has also evolved, a form of thoughtless digital “clicking.” Because the new technologies allow us to easily develop images at a cheap price, we can overindulge our appetite for picture taking. Yet, most of these images will remain forgotten on memory cards and computer hard disks. As for creativity, the software providers hand us ready-made spectacular effects, so that we can all feel like artists. Using photography in this way, it is easy to lose sight of the genuine power and value of this noble art form. 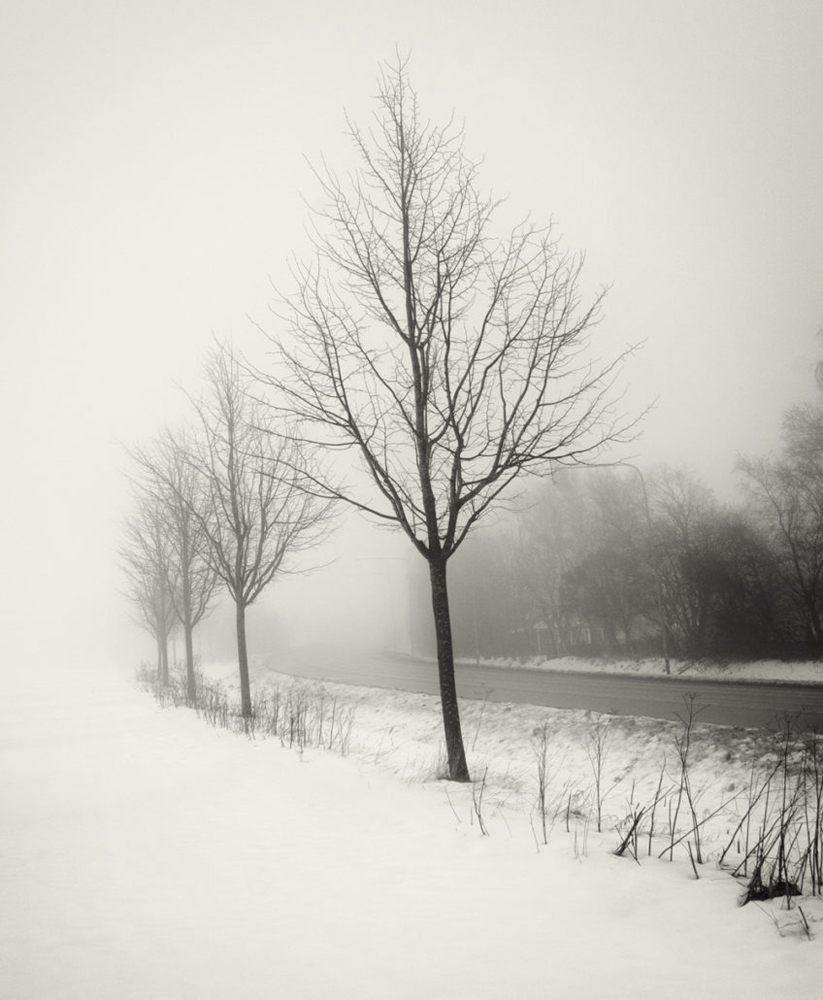 Håkan Strand proceeds quite differently. Through his sensitive approach, he stops time, and shows us scenes that we often miss in our hectic lives. The composition of his works, as well as the delicate shifting of black, white, and gray tones, guides our imagination to finding infinity in a moment.

We seldom see people in Håkan Strand’s images. The human presence is our own! Our own breathing breaks the silence of these scenes, slowing, slowing, as we immerse ourselves in tranquility. Time is left behind. We long to linger here.

With his use of light and shade, rhythm and form, Håkan Strand reconnects us with Nature in a special way. We journey through a misty morning in Italy, snowy skies in Sweden, heavy clouds in England, a hazy evening in Central Europe. Trees have a life of their own, stretching towards the sky, flirting with a lake, staking a claim in sand, marking an entrance or exit to uncharted paths. Roads disappear into the distance, nibbled away by snow in Finland, or lost in fog in Flanders. A waterfall in Iceland becomes a silky veil. In France, a tide pool pulls us towards the horizon on a geometric black breakwater. We discover the majesty of stone formations in Scotland, Iceland and USA, resting in water as smooth as velvet. All is peaceful. We are transported. Time is suspended, if only for a moment. – Olivier Delhoume, Geneva, Switzerland, August 2017 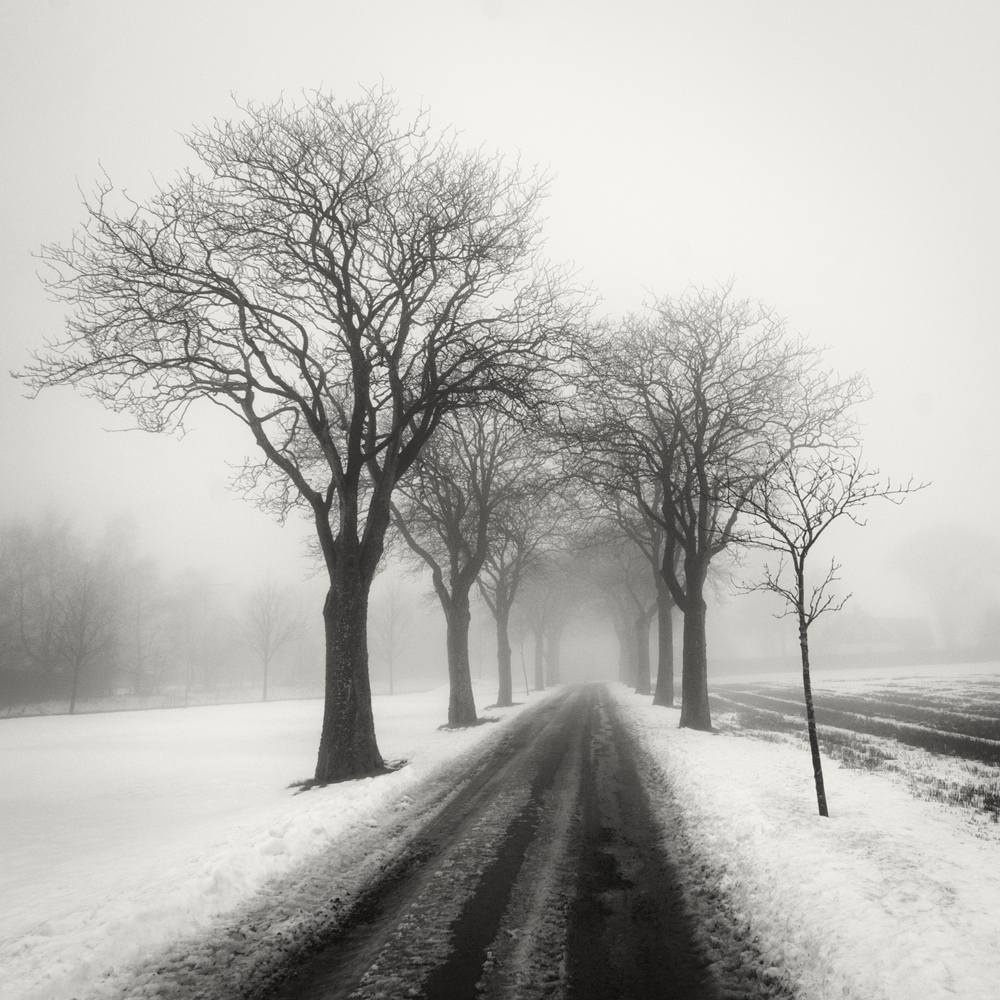 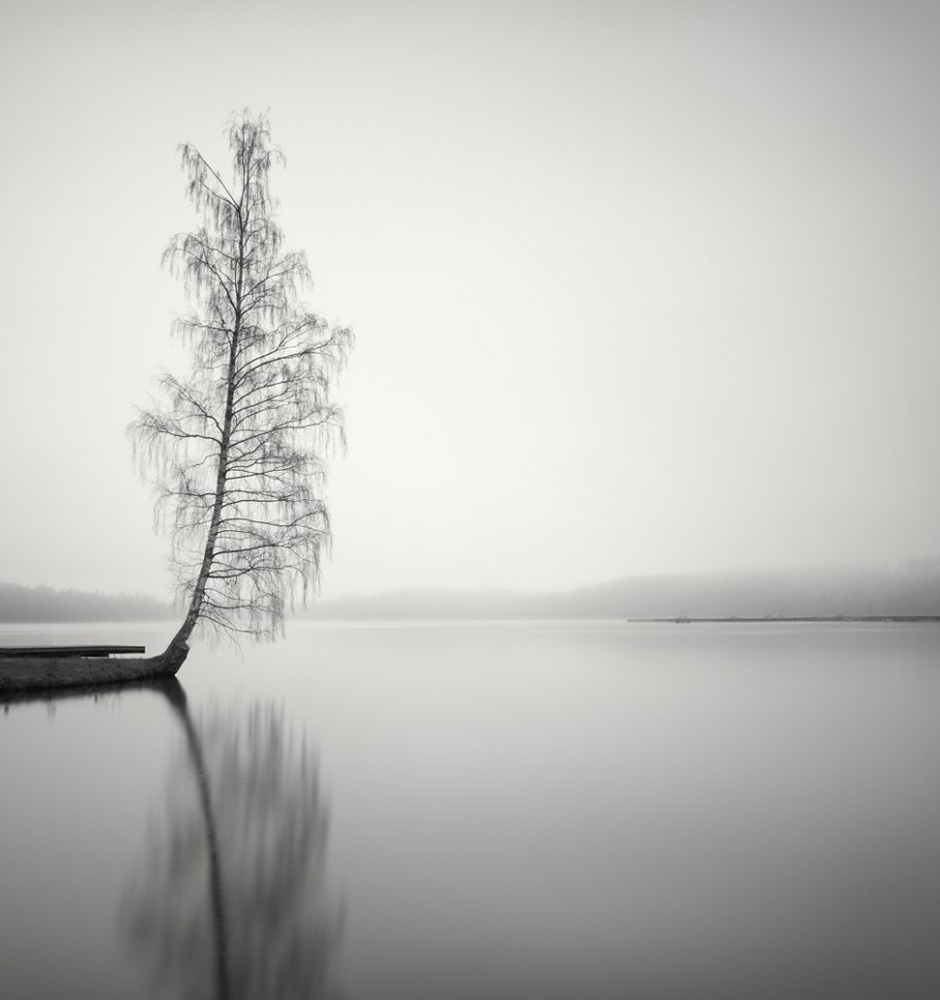 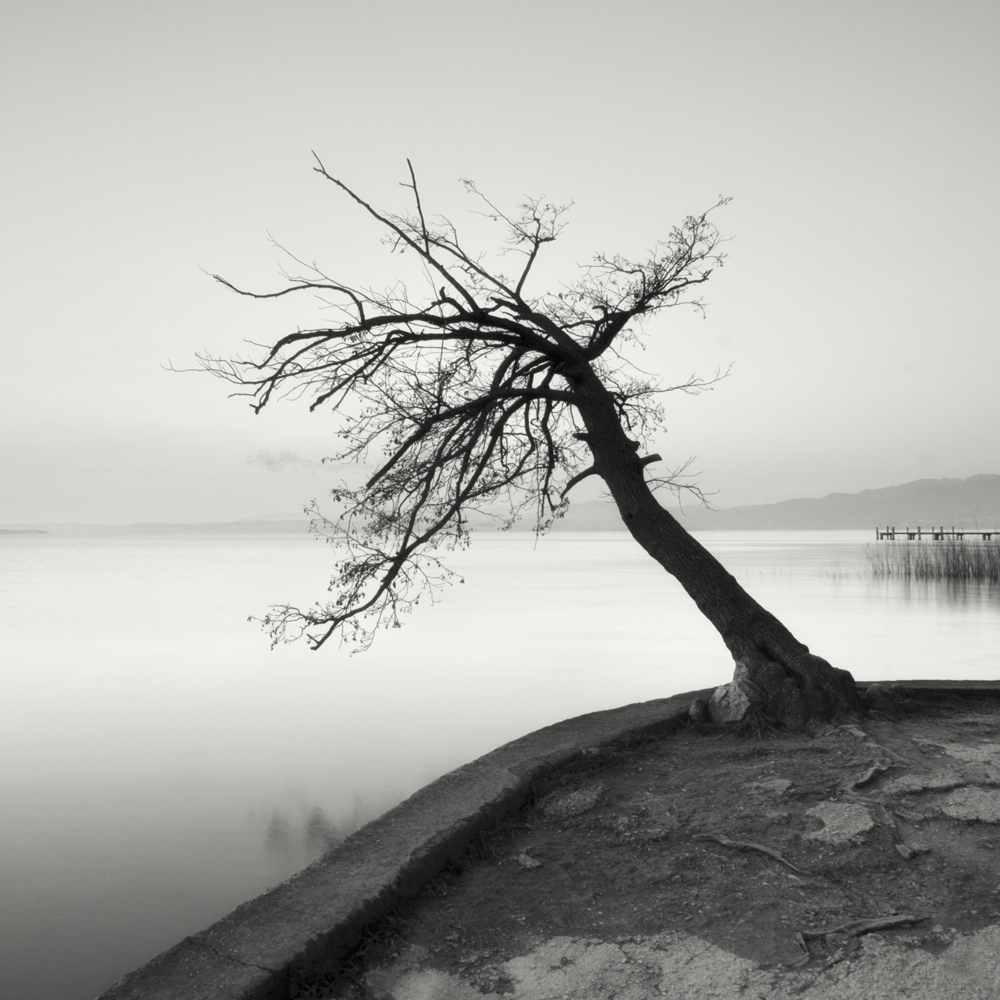 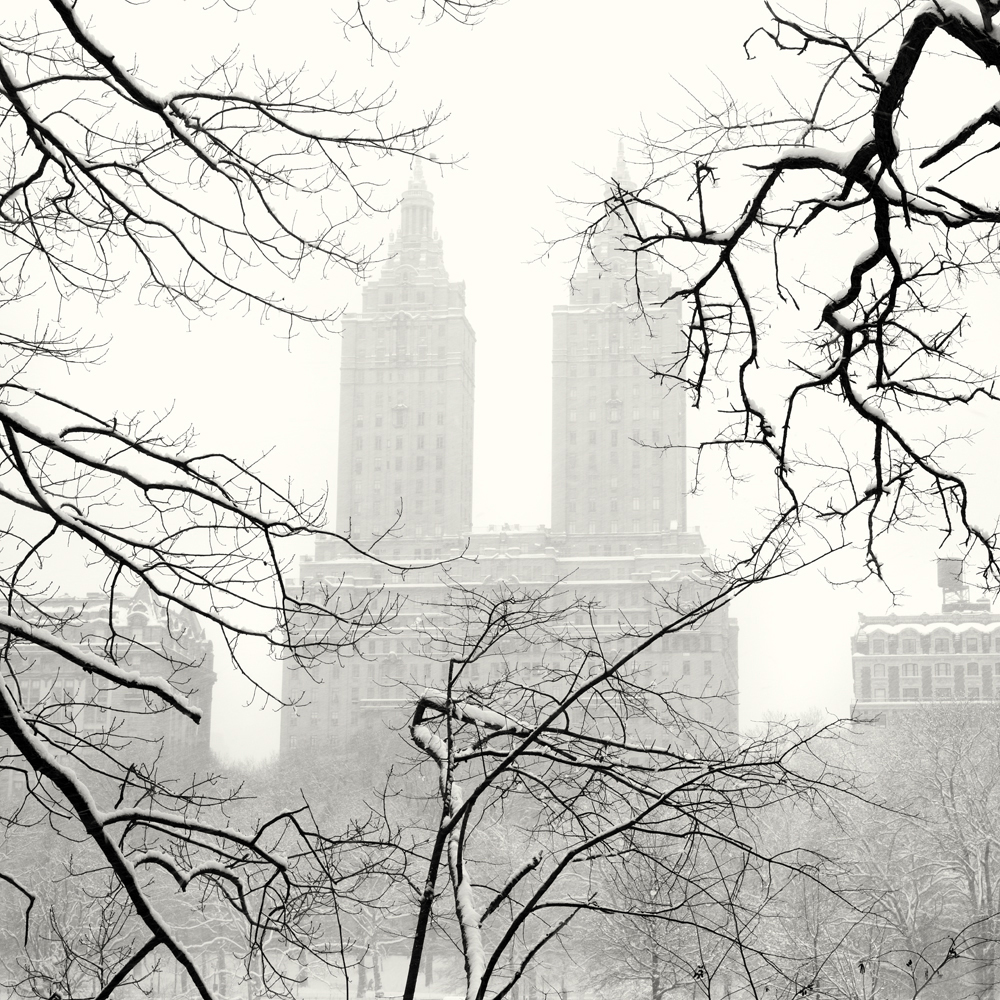 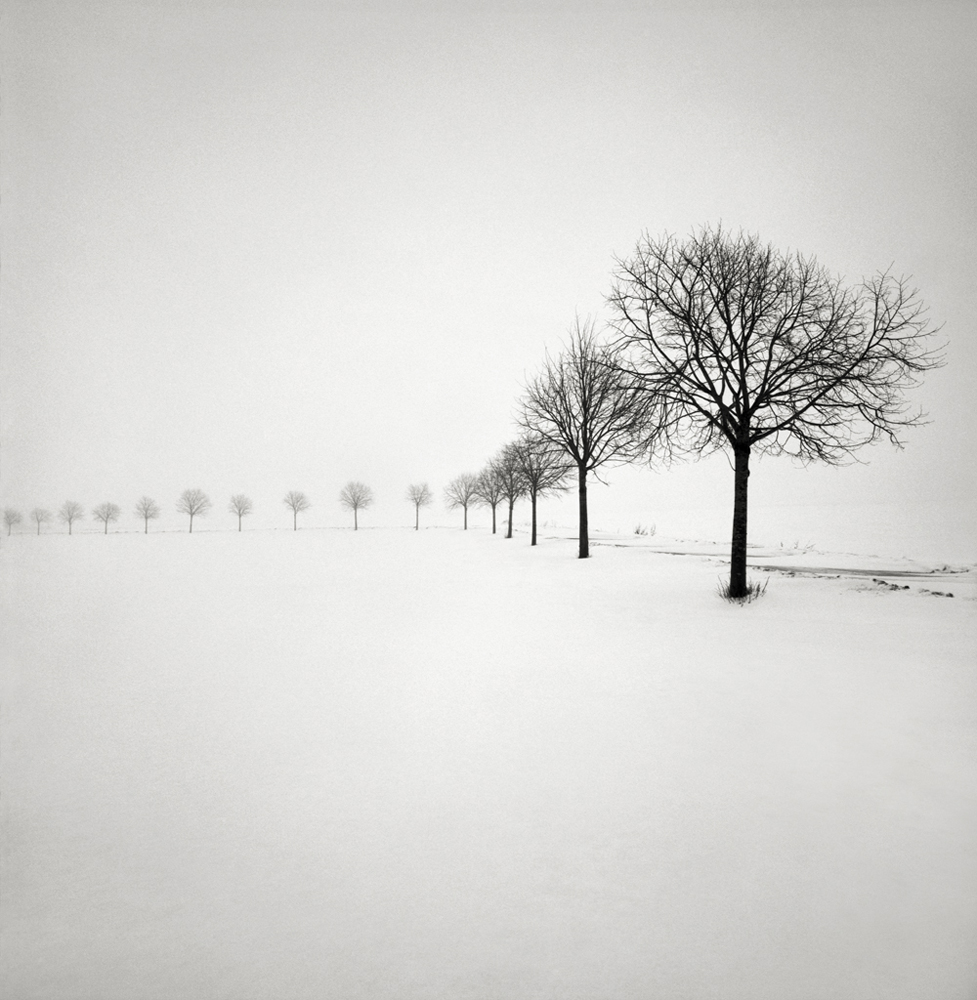 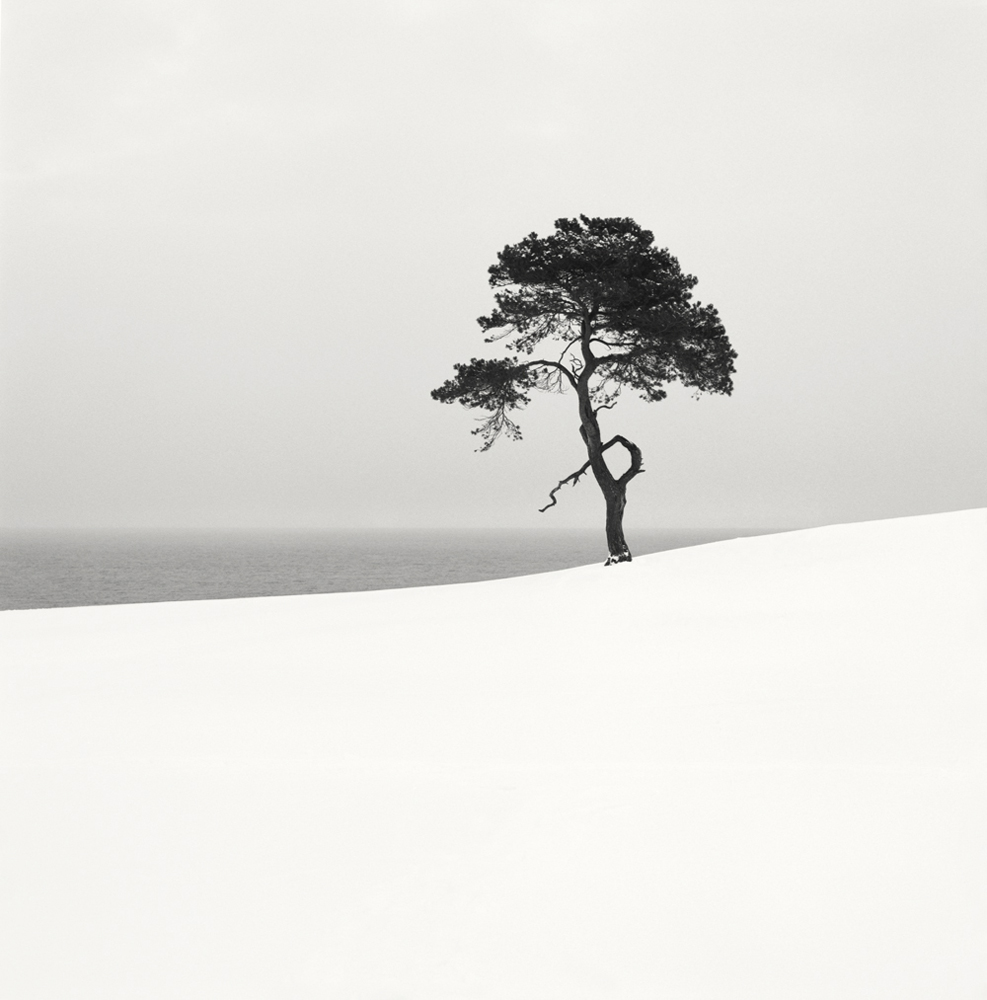 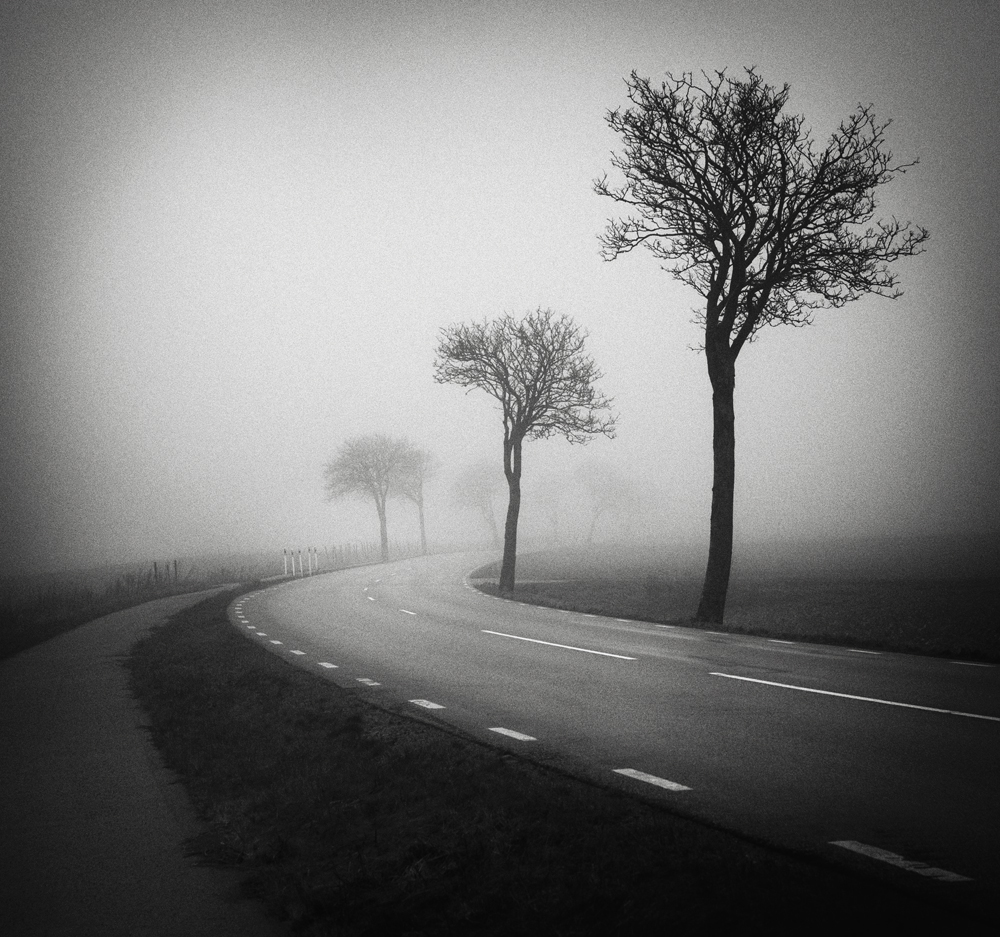 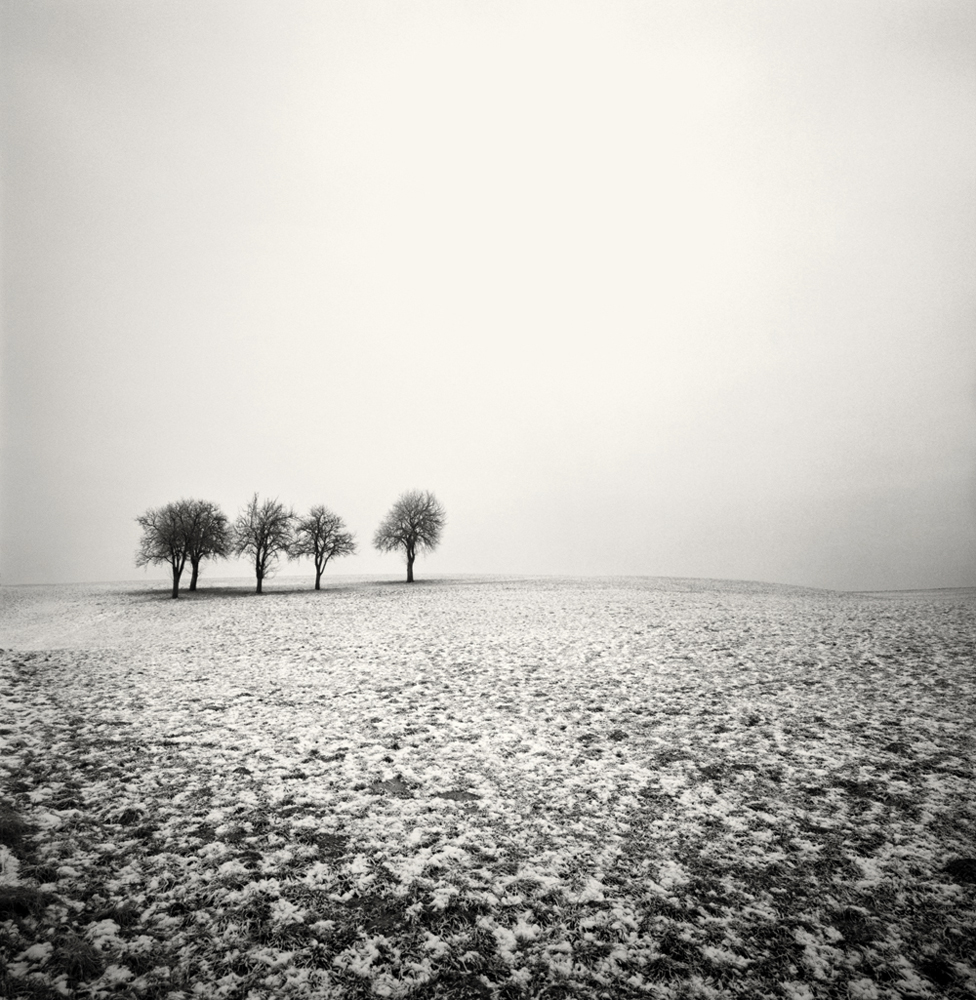 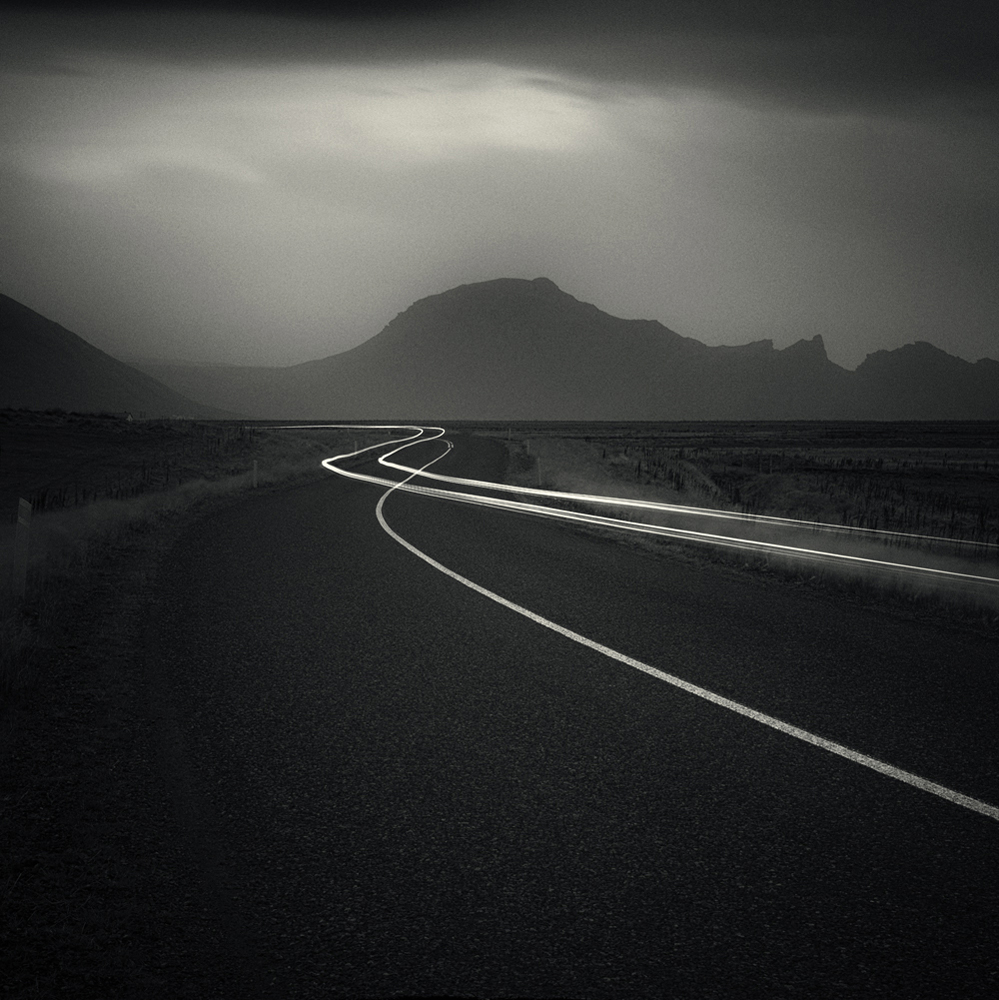