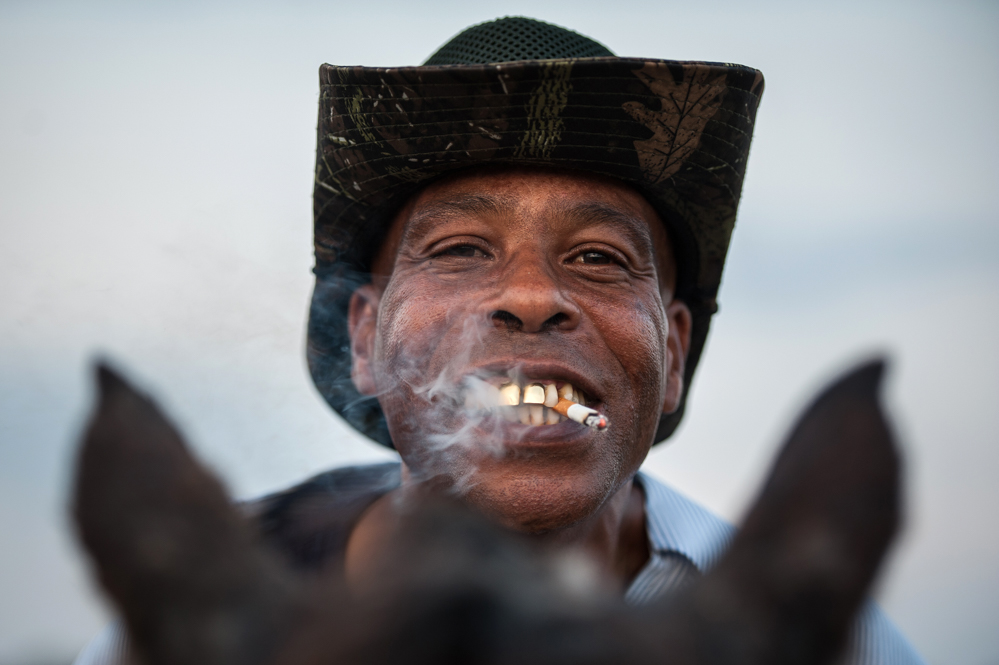 Another wonderful discovery in juroring the SlowExposures: Celebrating the Rural South Exhibition was the work of Rory Doyle. Rory attended the festival and I was able to see a broader edit of his photographs of the African-American cowboy community of the Mississippi Delta. The project not only shifts our vision of what we consider the traditional cowboy, but celebrates and explores the Delta culture. For the past two years, he has attended a myriad of Delta cowboy events, creating an expansive and modern look at a vibrant Mississippi community. The work has been well celebrated and he will be having a series of exhibitions starting in Cleveland, Mississippi in February 2019.  Rory states, “I wanted to have the first show in the Delta to allow the riders to attend by horseback, and allow them to have a voice at the gallery opening. We will also have a speaker discuss the significance of African-American cowboy history. The Mississippi Arts Commission and the Mississippi Humanities Council are supporting this endeavor, and I want to make sure they know how thankful I am for their support.”

Rory Doyle is a working photographer based in Cleveland, Mississippi — the heart of the Mississippi Delta. Doyle is a recipient of a 2018 Visual Artist Fellowship from the Mississippi Arts Commission for his ongoing project on African American cowboys and cowgirls in the Delta. The project was featured in the Half King Photo Series in New York City in June 2018, along with a concurrent show in Harlem. He was also recognized for the project winning the photojournalism category at the 2018 EyeEm Awards in Berlin, Germany. Doyle’s publication list includes The New York Times, Washington Post, Wall Street Journal, Photo District News, The Atlantic, ESPN’s The Undefeated, Getty Images, Financial Times, Yahoo News and more. Born and raised in Maine, Doyle has lived in Mississippi since 2009. 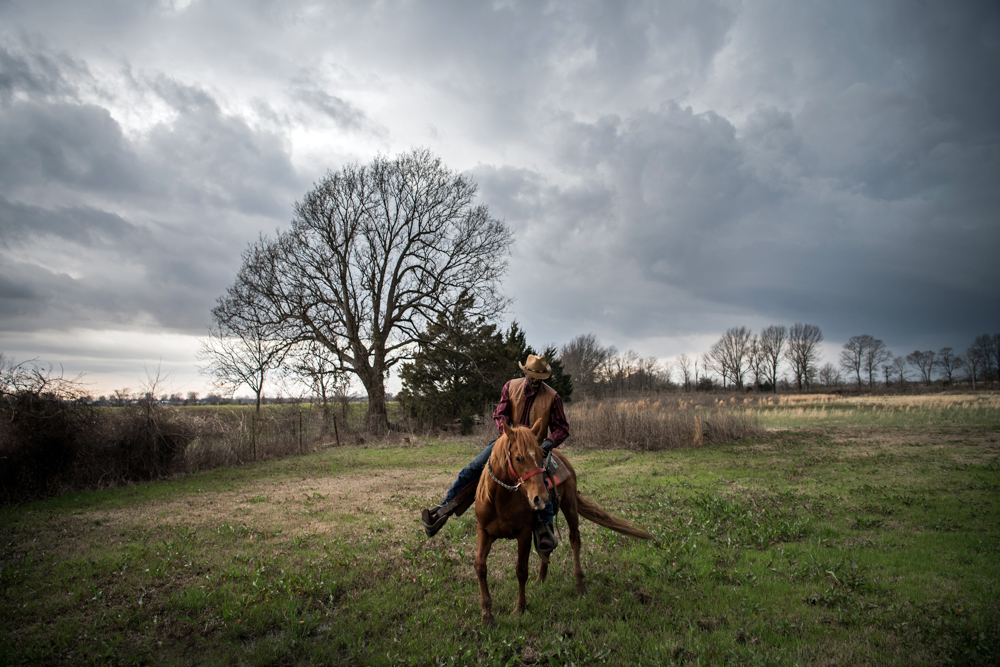 ©Rory Doyle, Moonie breaks a horse for the first time just before a looming storm near Cleveland, Mississippi.

A recent article in Smithsonian estimated that just after the Civil War, one in four cowboys were African-American. Yet this population was drastically underrepresented in popular accounts. And it is still. The “cowboy” identity retains a strong presence in many contemporary black communities.

This ongoing documentary project in the Mississippi Delta, “Delta Hill Riders,” sheds light on an overlooked African-American subculture — one that resists both historical and contemporary stereotypes.

The project began in January 2017 when I attended a black heritage rodeo in Greenville, Mississippi. The body of work reveals how deep and diverse this community is. Over the past two years, I’ve been invited to black heritage rodeos, horse shows, trail rides, “Cowboy Nights” at black nightclubs, and subjects’ homes across the Delta. 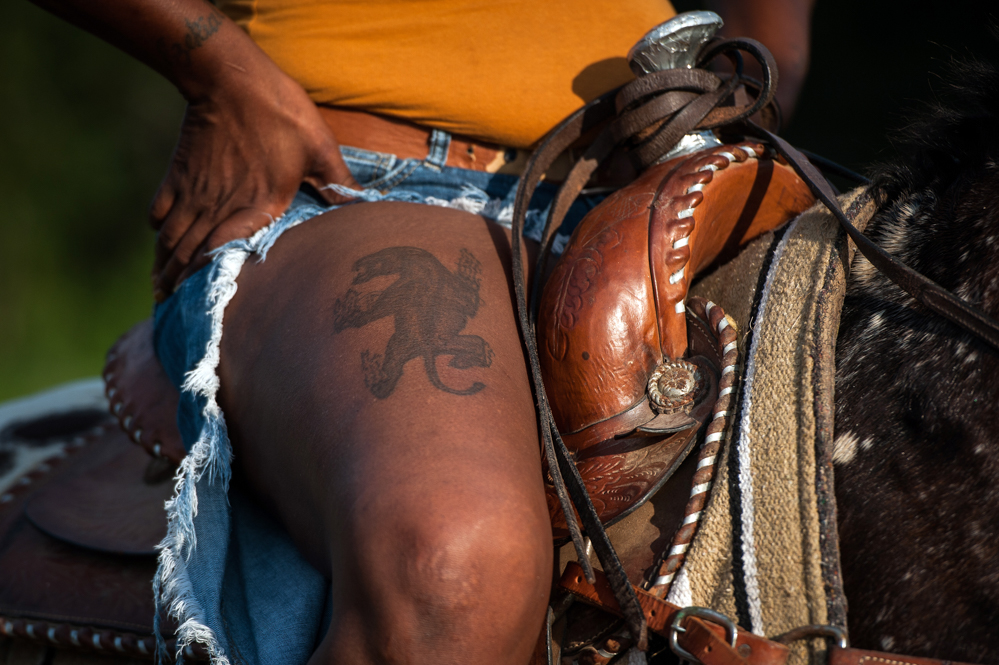 ©Rory Doyle, A thigh tattoo is revealed on Pam’s leg during a trail ride in Tallahatchie County, Mississippi.

On a personal level, I’ve been welcomed by these folks in a way I could not have imagined. And because of that, it’s been the most engaging project I’ve worked on. It’s a story that’s particularly timely with the current political environment, and a renewed focus on rural America.

“Delta Hill Riders” is a counter-narrative to the often-negative portrayal of African- Americans. Instead, I have captured a group of riders showing love for their horses and fellow cowboys, while also passing down traditions and historical perspectives among generations.

Ultimately, the project aims to press against my own old archetypes — who could and could not be a cowboy, and what it means to be black in Mississippi — while uplifting the voices of my subjects. – Rory Doyle 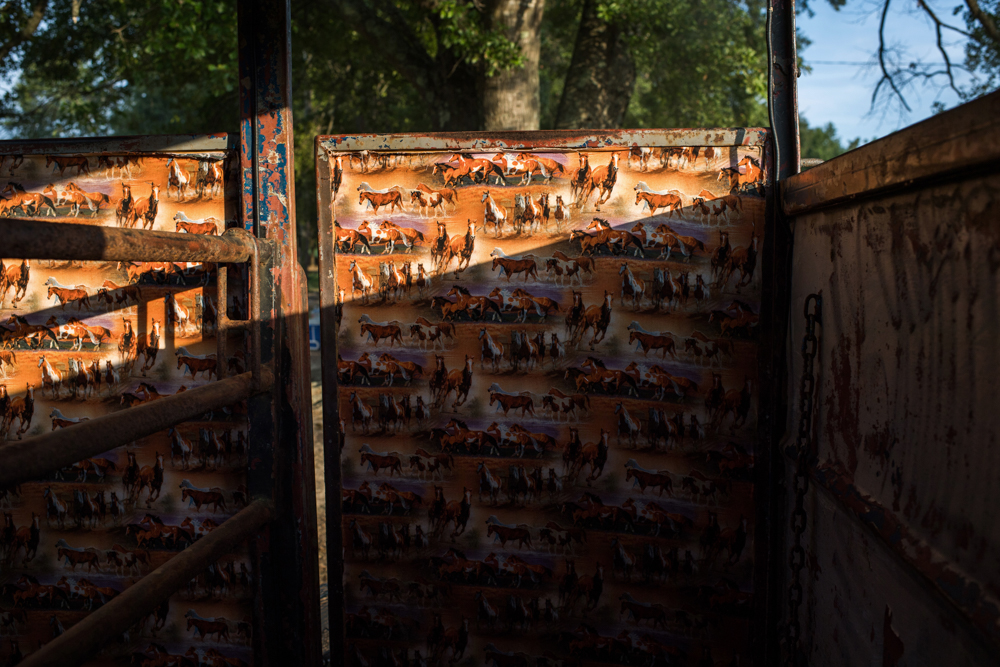 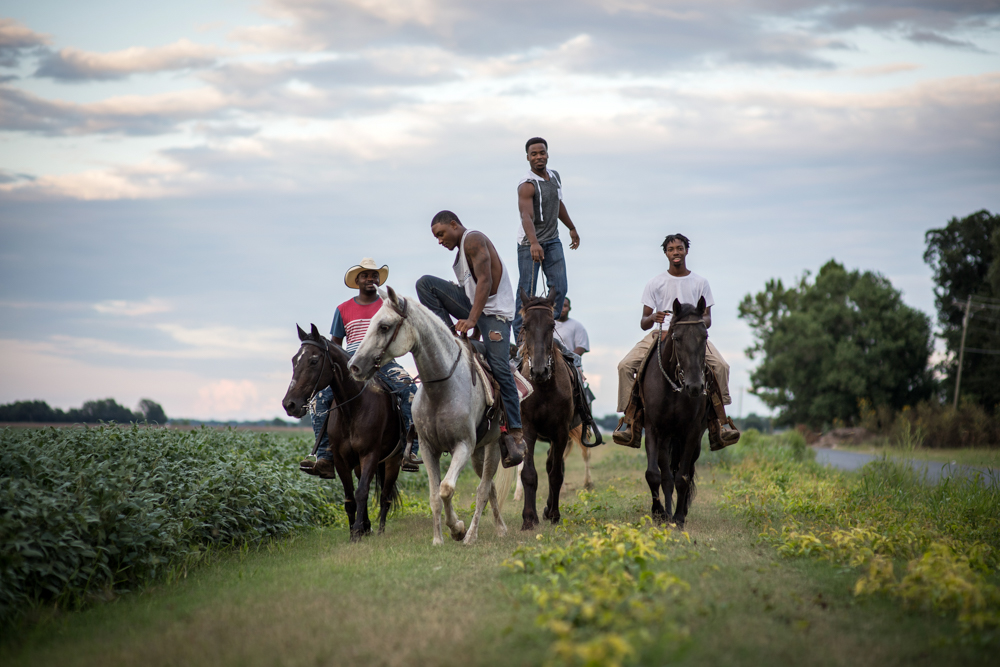 ©Rory Doyle, A group of young cowboys ride at dusk near the city limits of Cleveland, Mississippi. 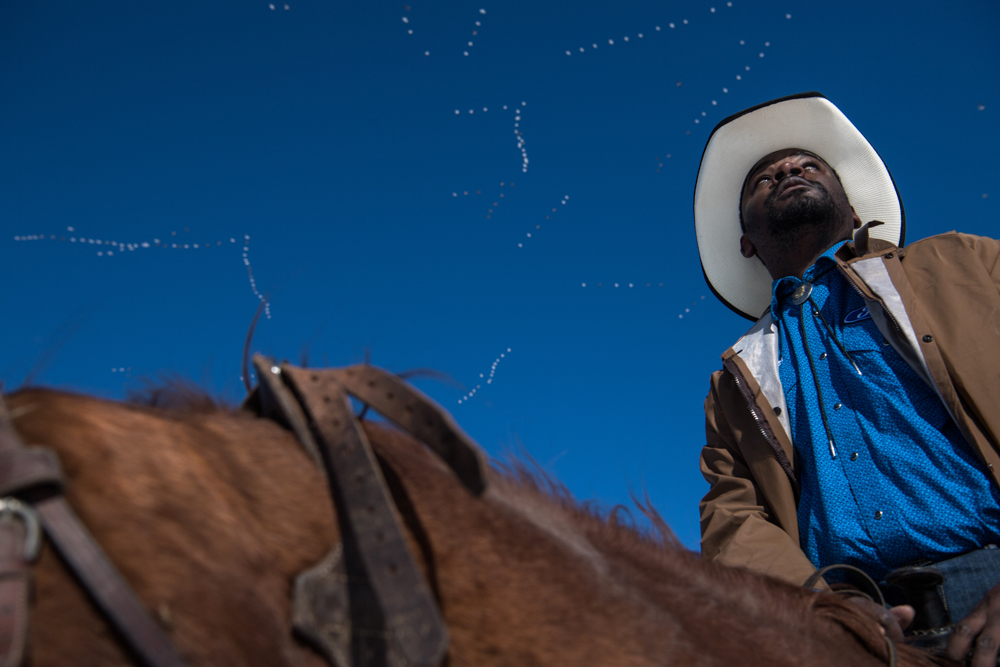 ©Rory Doyle, Jessie looks up at a flock of migrating geese in Bolivar County, Mississippi. 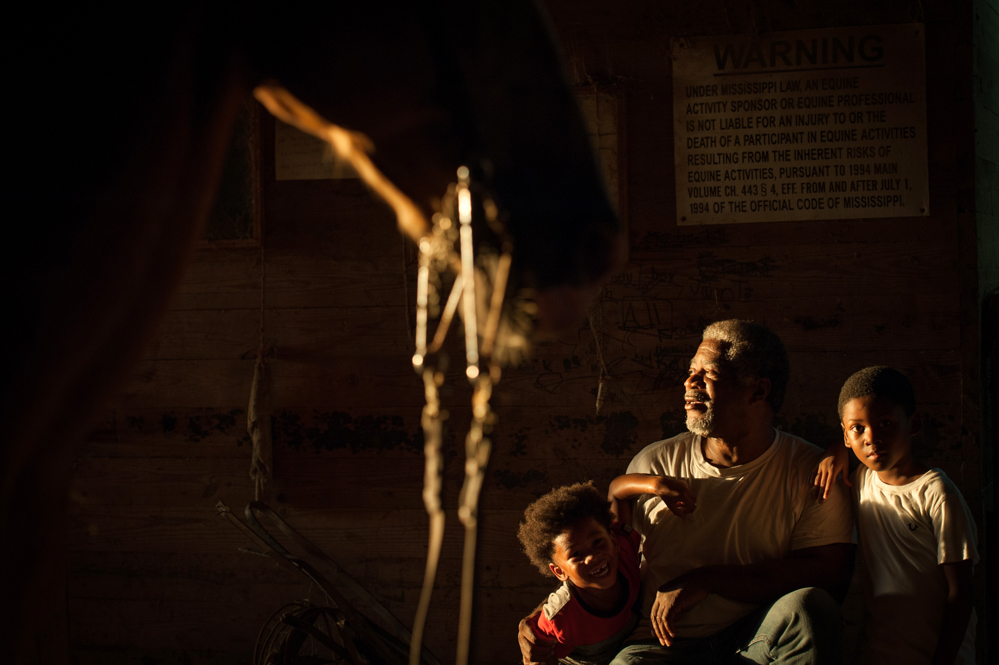 ©Rory Doyle, Lester relaxes with his grandsons at the horse barn in Bolivar County, Mississippi. 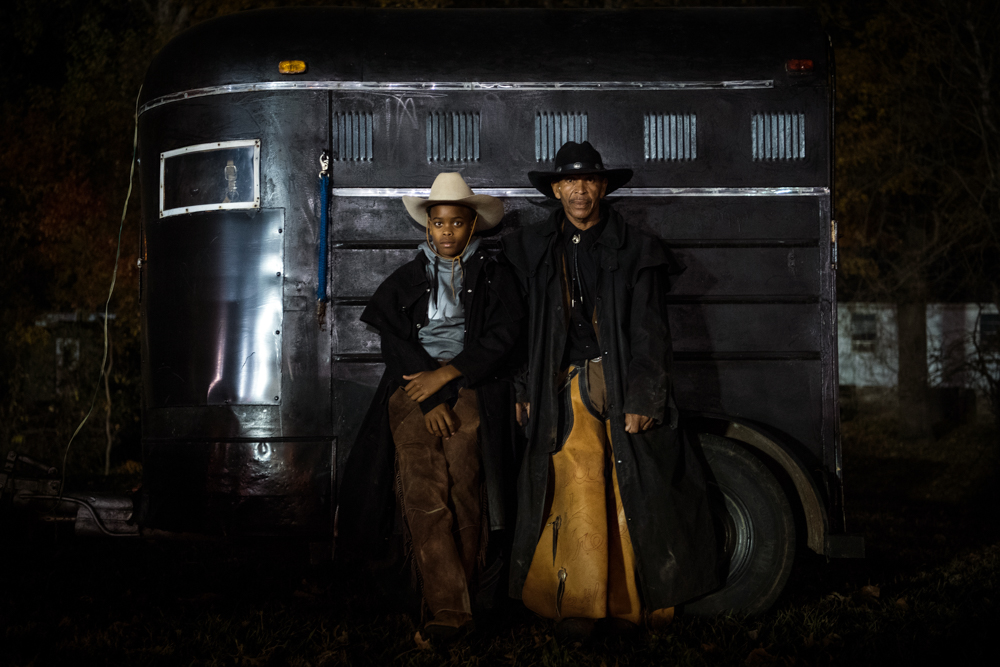 ©Rory Doyle, Javaris poses for a portrait with his grandfather, Rogers, following the annual Christmas parade in Cleveland, Mississippi. 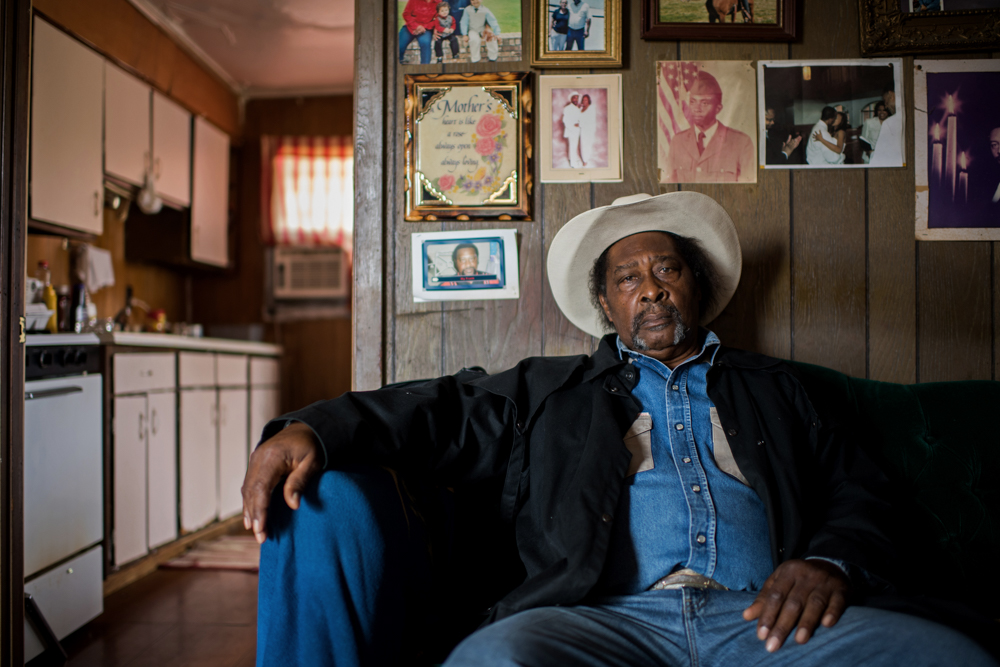 ©Rory Doyle, Frank poses for a portrait inside his home in Shelby, Mississippi. 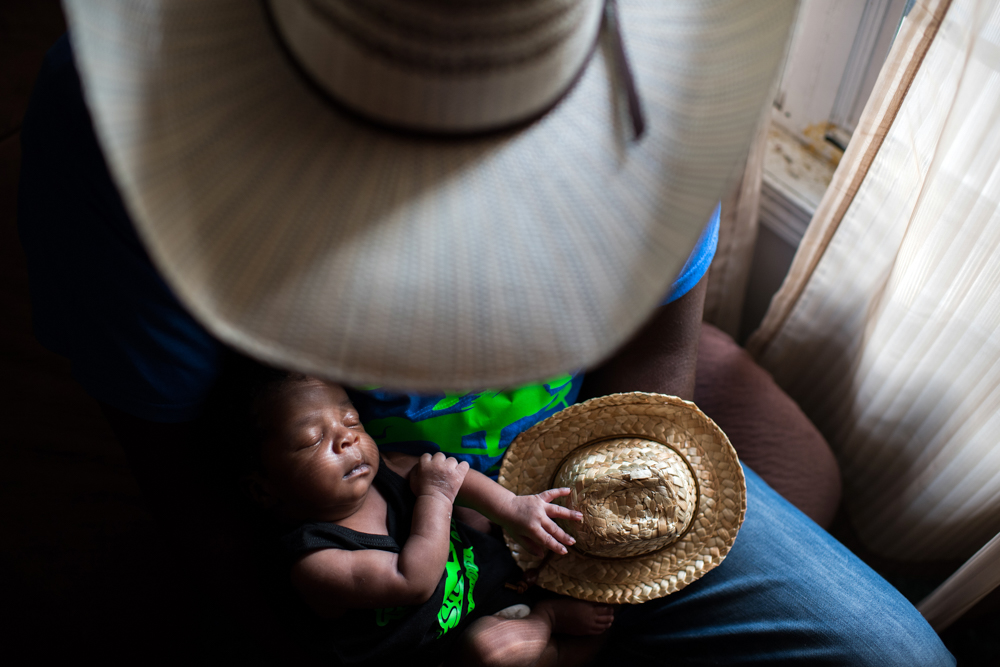 ©Rory Doyle, Newborn Jestin is welcomed by his father Jessie at his come in Cleveland, Mississippi. 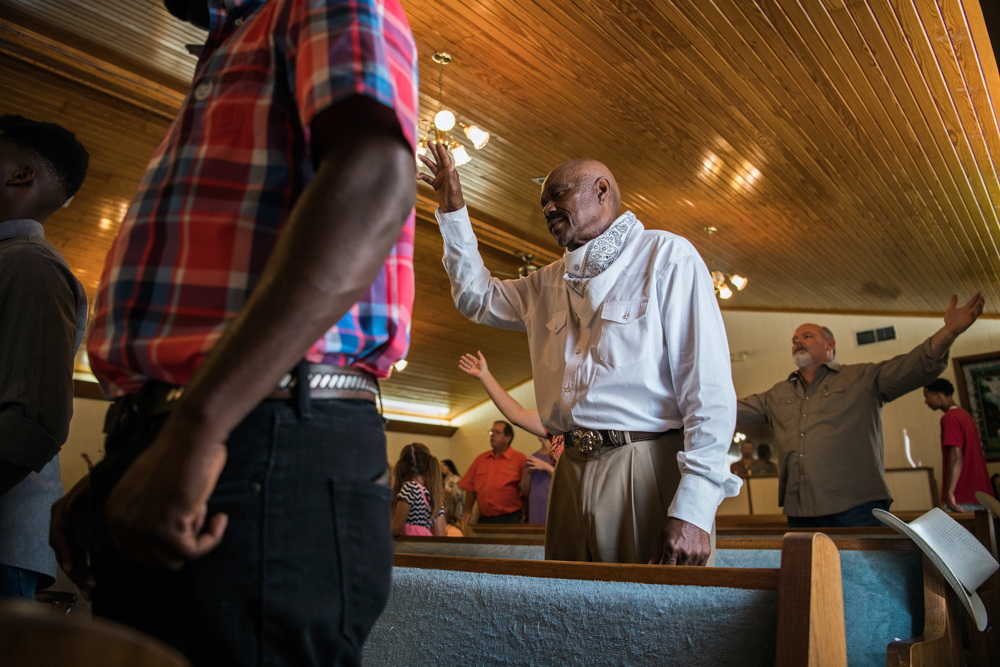 ©Rory Doyle, Archie sings at Cowboy Service at a church In Indianola, Mississippi. 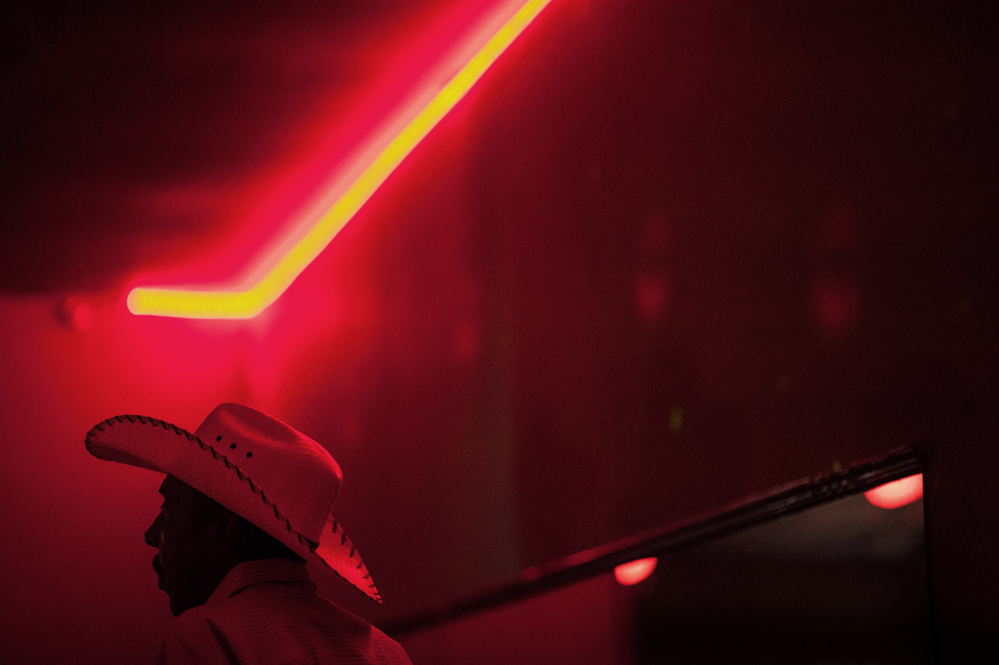 ©Rory Doyle, An elder cowboy named Aubrey looks out to the dance floor at Club All New Sugar Shack in Choctaw, Mississippi. 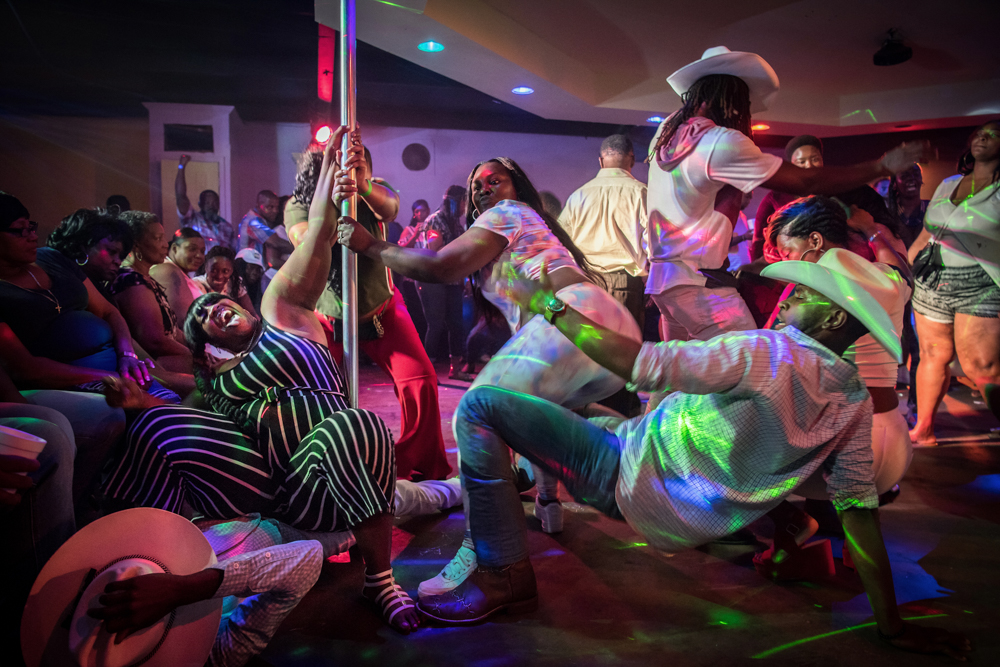 ©Rory Doyle, A group of cowboys take to the dance floor at Club Black Castle in Ruleville, Mississippi. 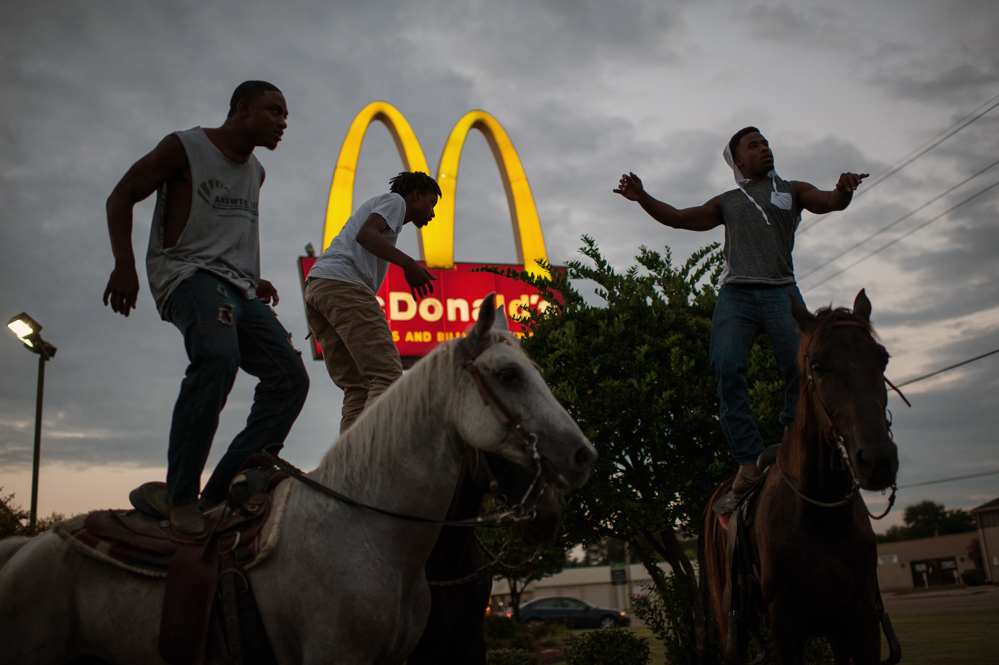 ©Rory Doyle, A group of young riders dance atop their horses in the McDonald’s parking lot in Cleveland, Mississippi. 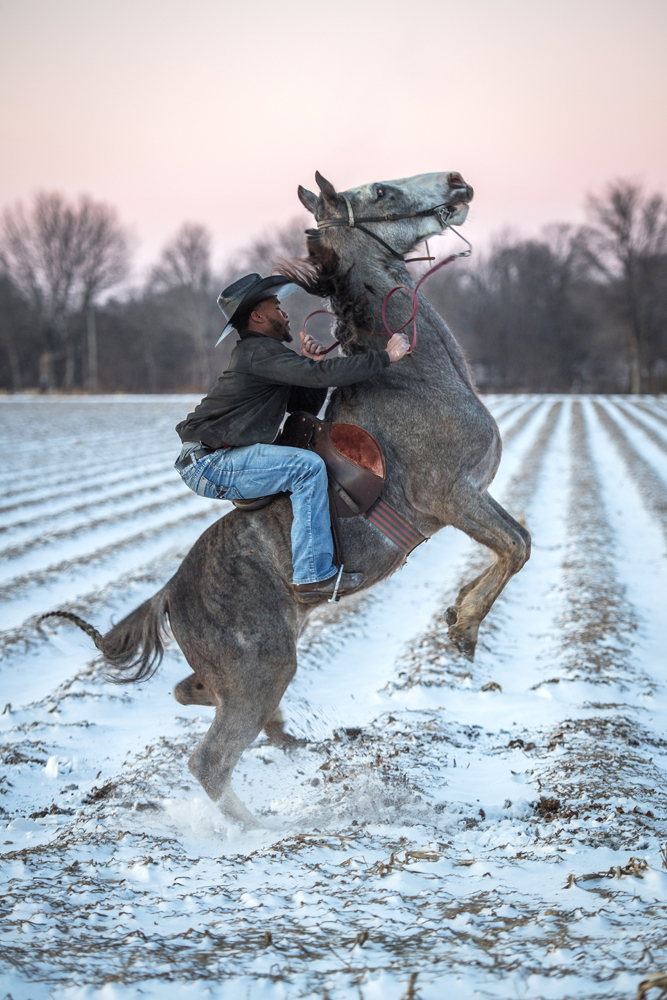