Joshua Dudley Greer: Somewhere Along the Line by Aline SmithsonMarch 11, 2020 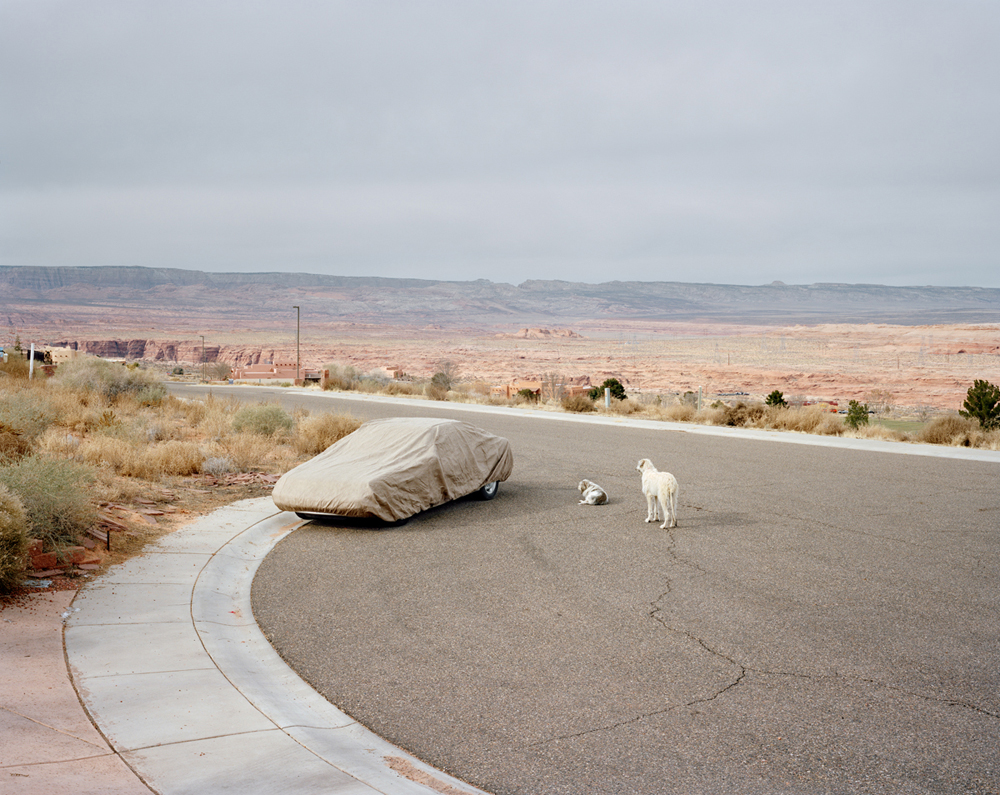 The photographs of Joshua Dudley Greer are like small novellas that contain pathos, humor, and unfinished stories, where the every day and the overlooked are elevated to a place of uncomfortable beauty. I see the work like a series of film stills, those final scenes of a visual journey that takes the viewer through emotion and place, leaving us with one last look as the music and credits roll by. The work was created by driving 100,000 miles across a network of super highways, a journey that surely must have had it’s own inner narration and sense of altered reality. In the end, these are not ordinary road trip photos, they are a master class in seeing, the kind of seeing that comes from participating in the experience, driving with a heightened awareness to details.  His practice of setting up the 4×5 field camera and on occasion an 8×10 camera,  then making himself vulnerable under the black cloth, allowed him momentary quiet in a self-created confessional, where his art exists between two states of being, the internal and external.

His project, Somewhere Along the Line, garnered significant attention last year, culminating in a now sold-out book under the same title, published by Kehrer Verlag. He also received a Critical Mass Top 50 nod and will be exhibiting at the Center for Photographic Art this summer the the Critical Mass Top 50 Exhibition. Joshua will also have a solo exhibition of this work at Blue Sky Gallery in Portland, Oregon scheduled for August 2020.

Joshua D. Greer – Somewhere Along The Line from Kehrer Verlag Heidelberg on Vimeo.

Joshua Dudley Greer (b. 1980 Hazleton, PA) is a photographer based in Atlanta, GA where he teaches at Georgia State University. His work has appeared in The California Sunday Magazine, The Atlantic, PDN, Le Monde, The Georgia Review, GUP Magazine and Oxford American. He has received grants from the Maryland State Arts Council, Tennessee Arts Commission and the Aaron Siskind Foundation. His work can be found in the permanent collections of the Harvard Art Museums, the Museum of Contemporary Photography, the Ogden Museum of Southern Art, the New York Public Library, the Do Good Fund and the High Museum of Art.
@jdudleygreer 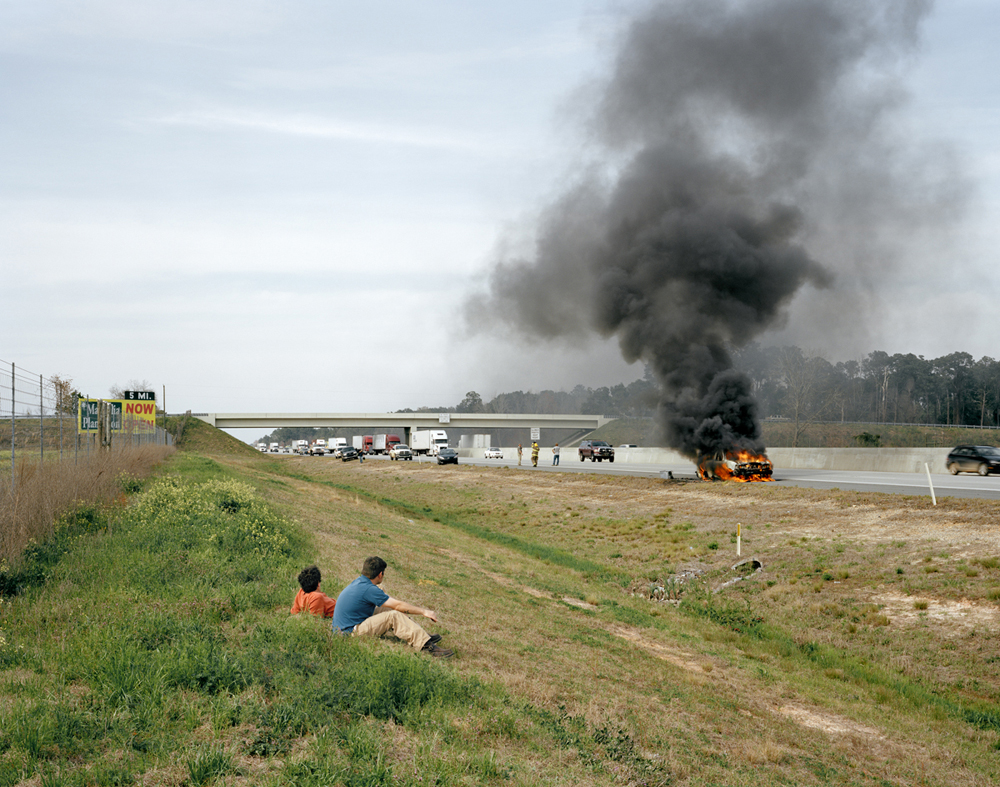 Somewhere Along the Line

From 2011 to 2017 I traveled over 100,000 miles by car, focusing my camera on the massive network of superhighways that has become ubiquitous throughout the United States. Rather than moving quickly through these spaces I made the decision to slowly and deliberately dwell within them, looking at the road as a stage where narratives play out and opposing forces often intersect. The boundaries that line these roadways, whether real or imagined, are examined by looking at the separations between public and private space, privilege and need, the individual and the collective, and the countervailing ideas of home and escape.

The resulting compilation of photographs depicts the state of America’s infrastructure as a physical manifestation of its economic, social and environmental circumstances in unforeseen moments of humor, pathos and humanity. 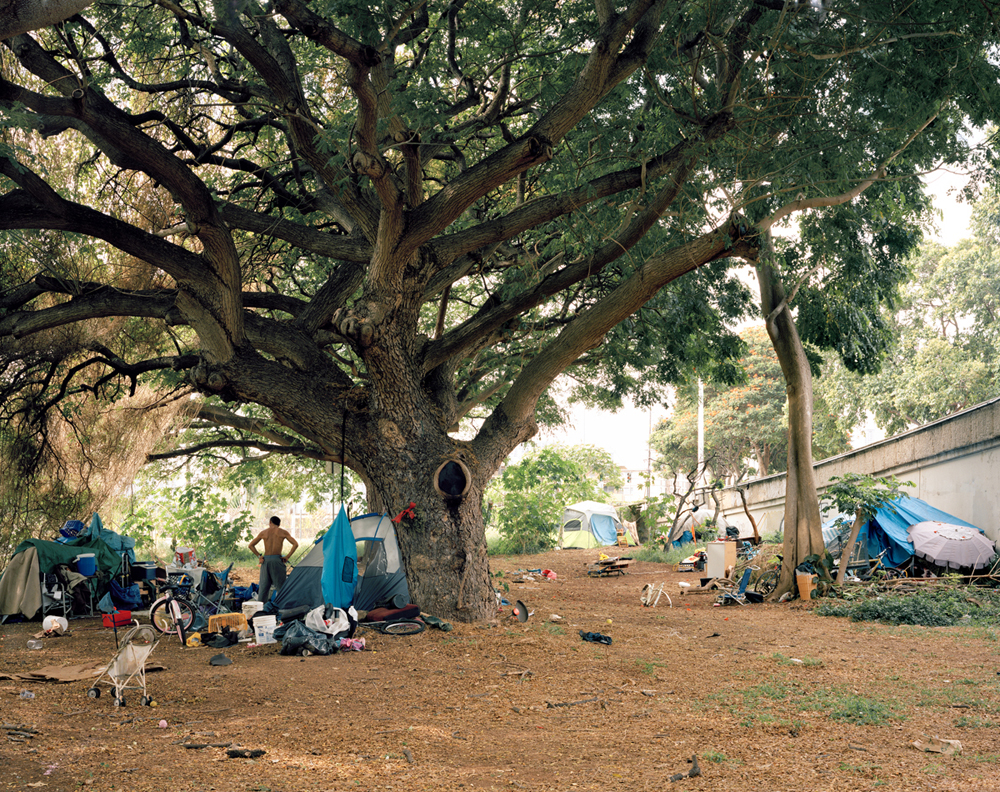 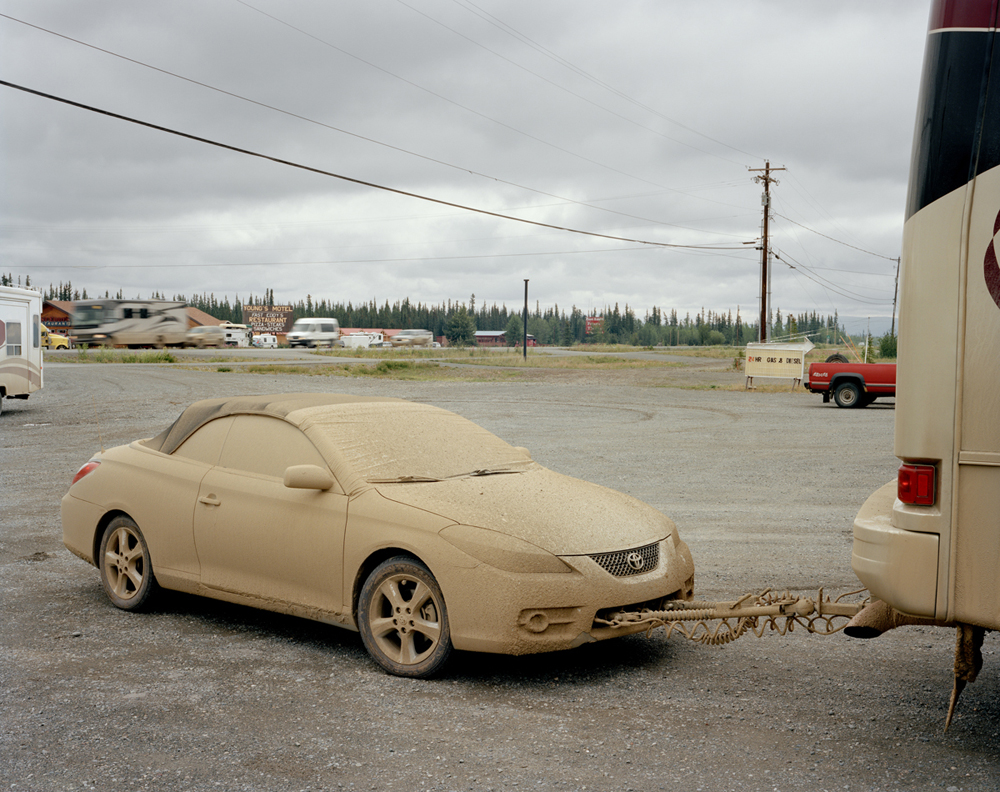 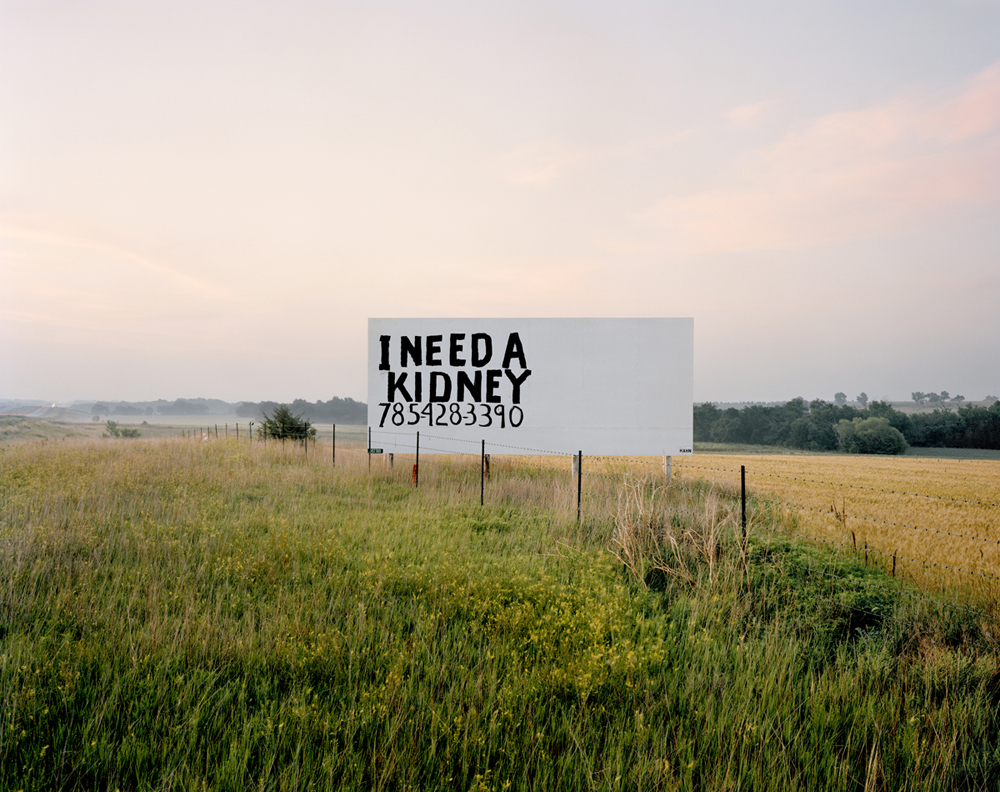 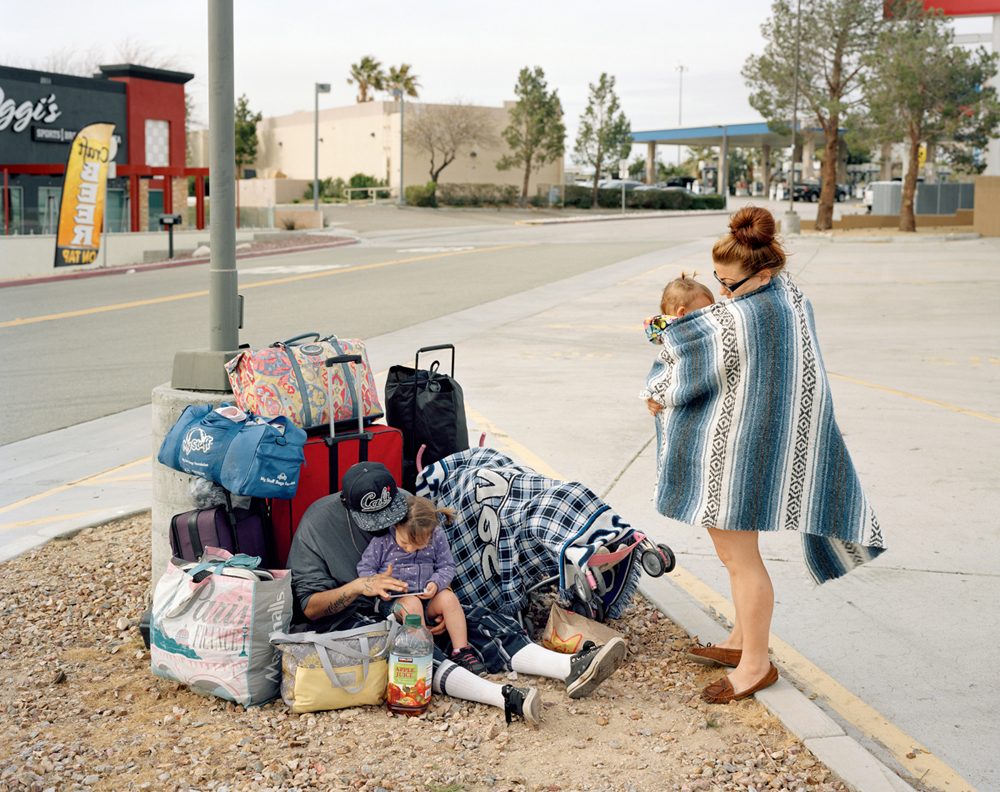 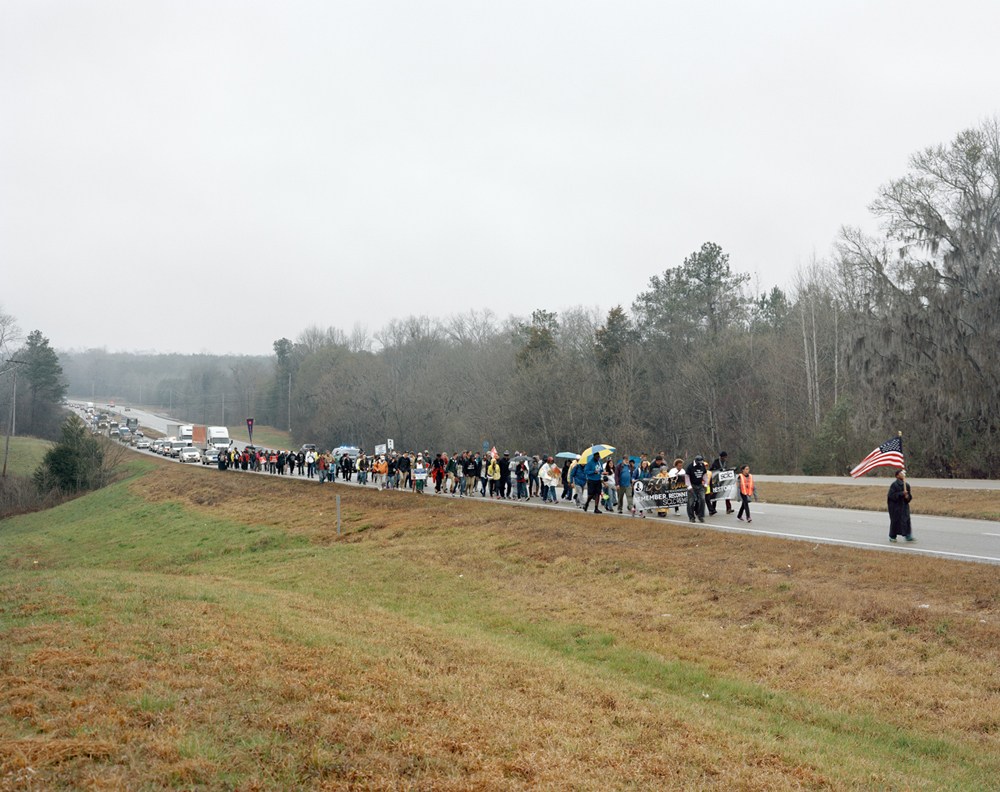 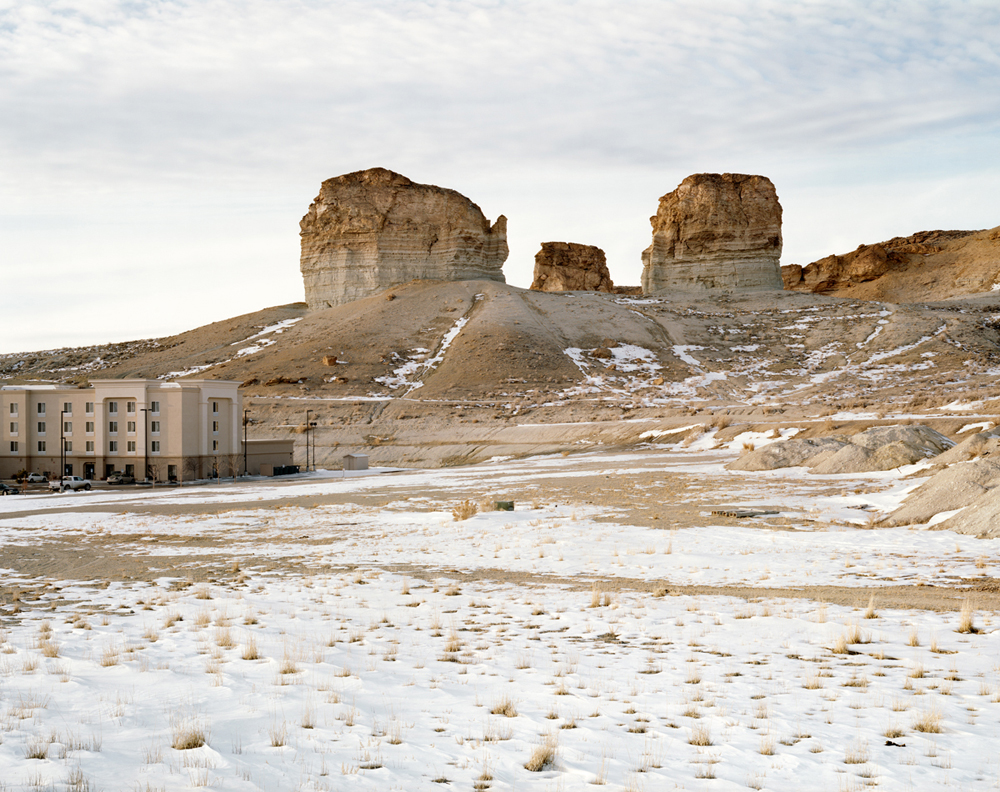 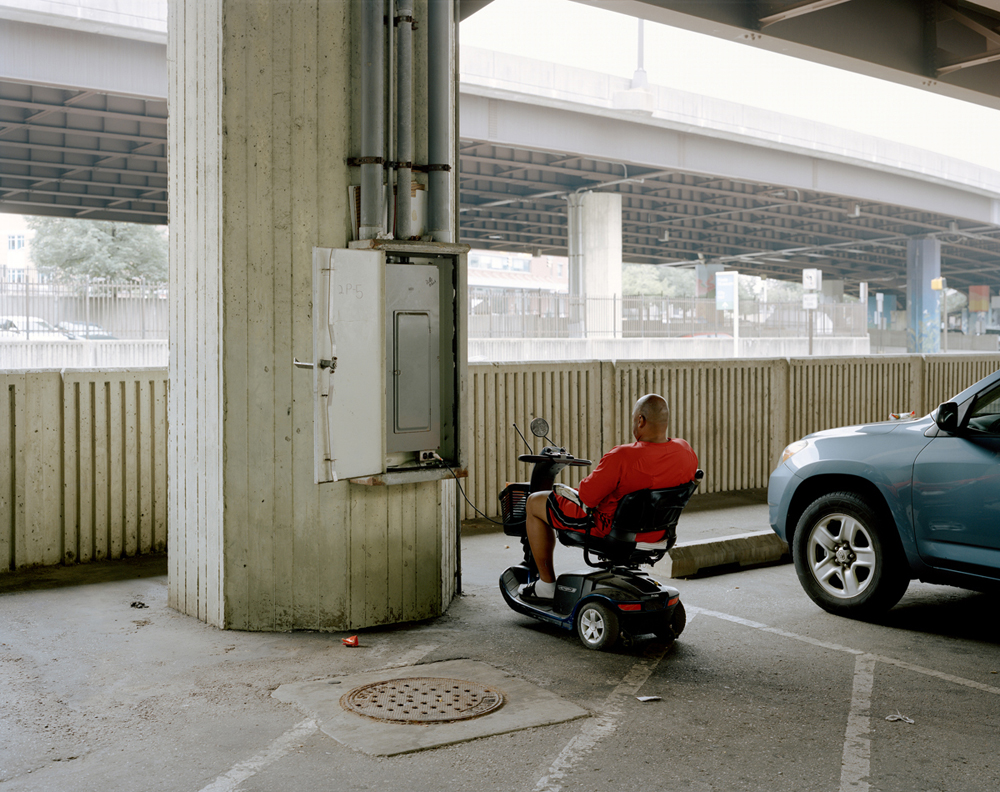 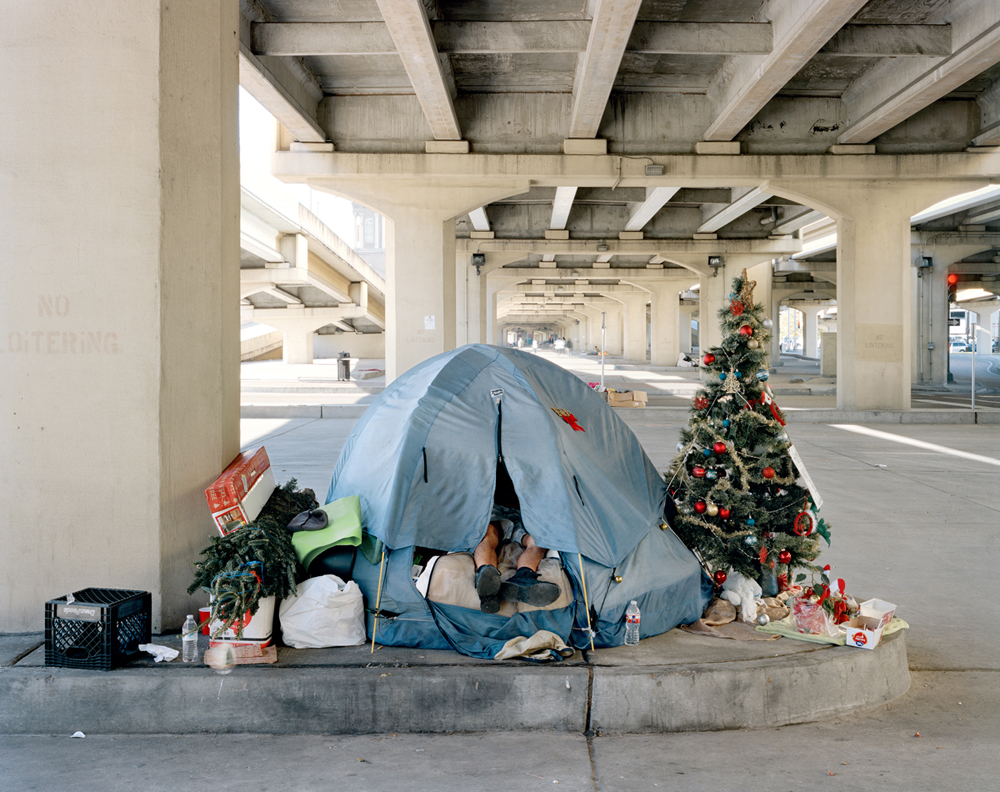 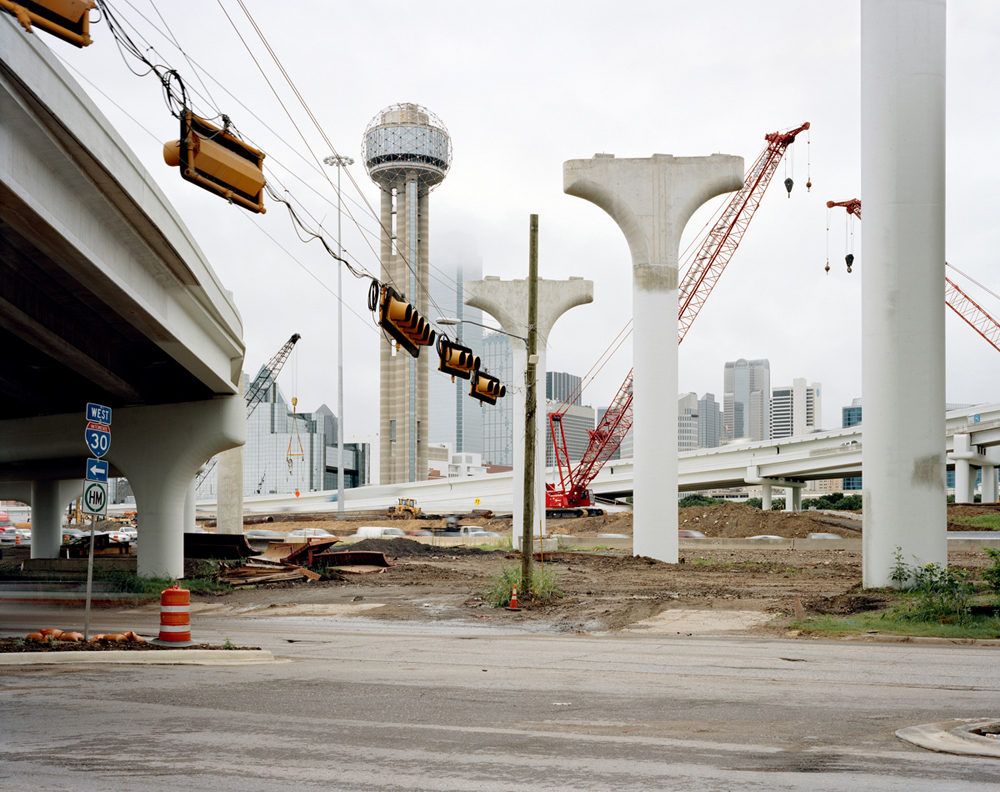 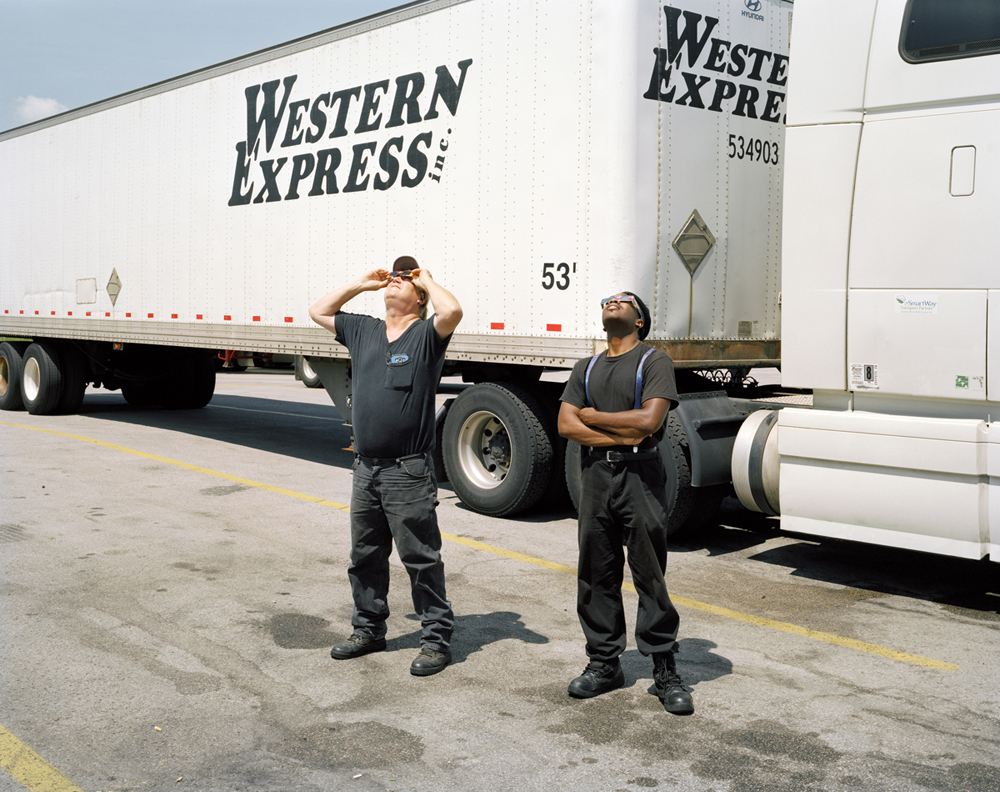 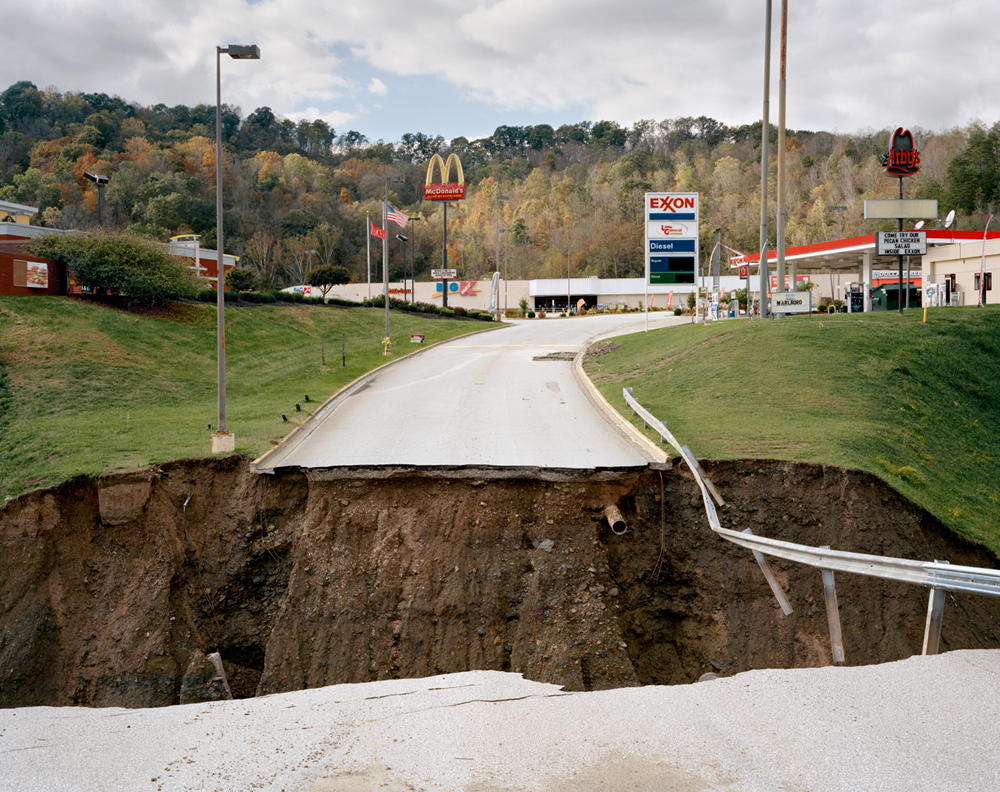 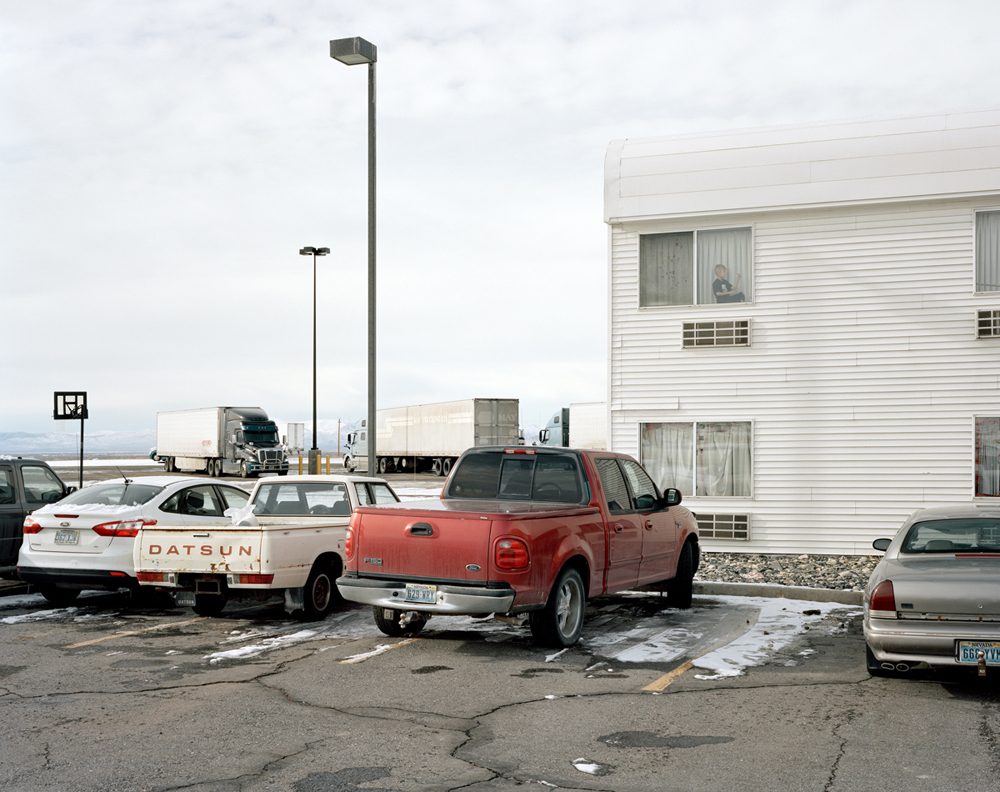 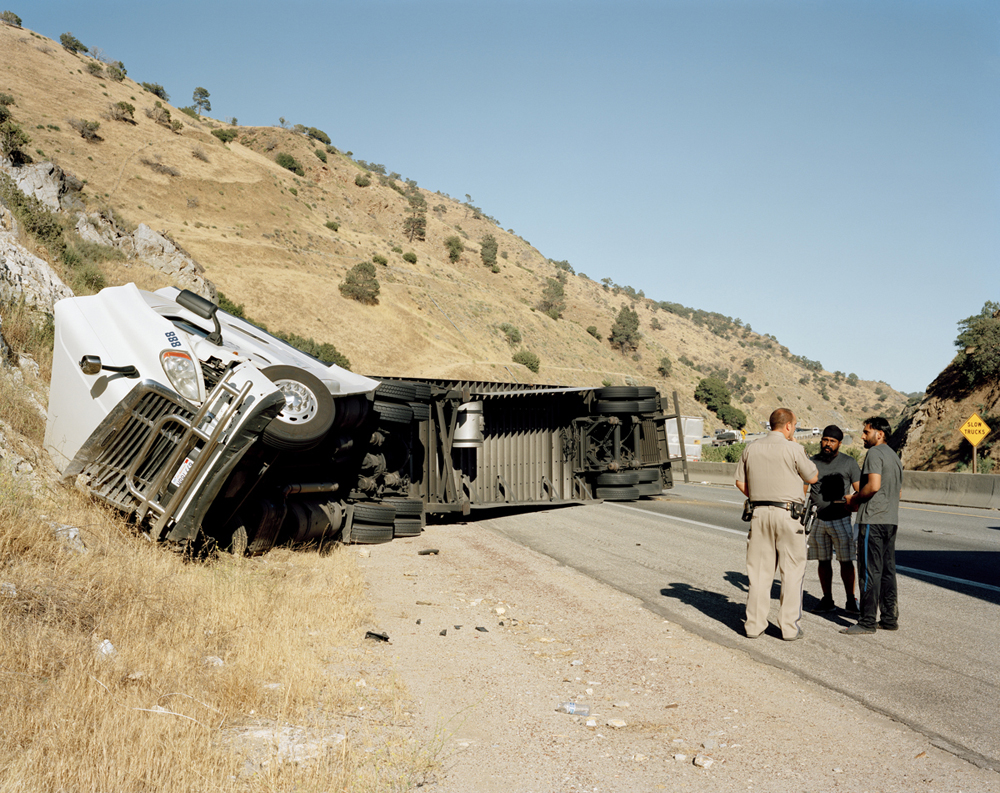