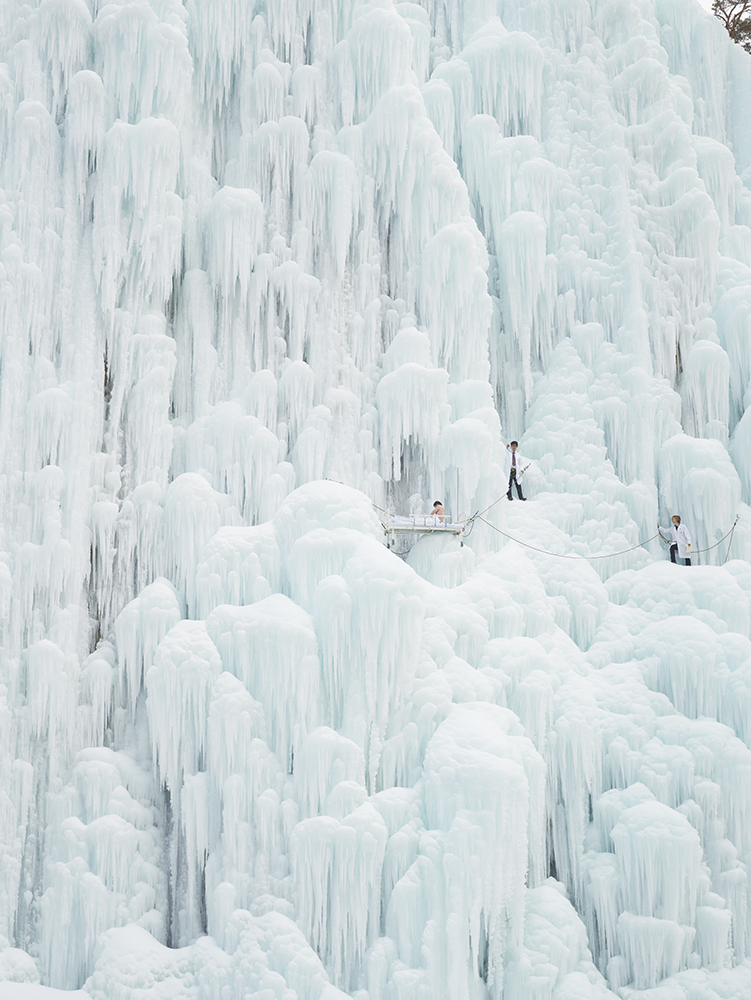 Before I introduce the last photographer of this series, I want to let the Lenscratch readers know how much it’s been an honor and joy to showcase the various works and personalities of Korean photographers through Lenscratch. Personally, this opportunity gave me the chance to develop a deeper understanding for photography through the perspectives of different photographers. In this final edition, I’d like to spotlight Hyun-doo Park, a photographer whose work is truly emblematic of South Korea’s leading contemporary photography scene. Not only that, he has paved the way for many young photographers and artists as a profound educator. As a professor in photography, he is currently charting the course for the future of Korean photographers. 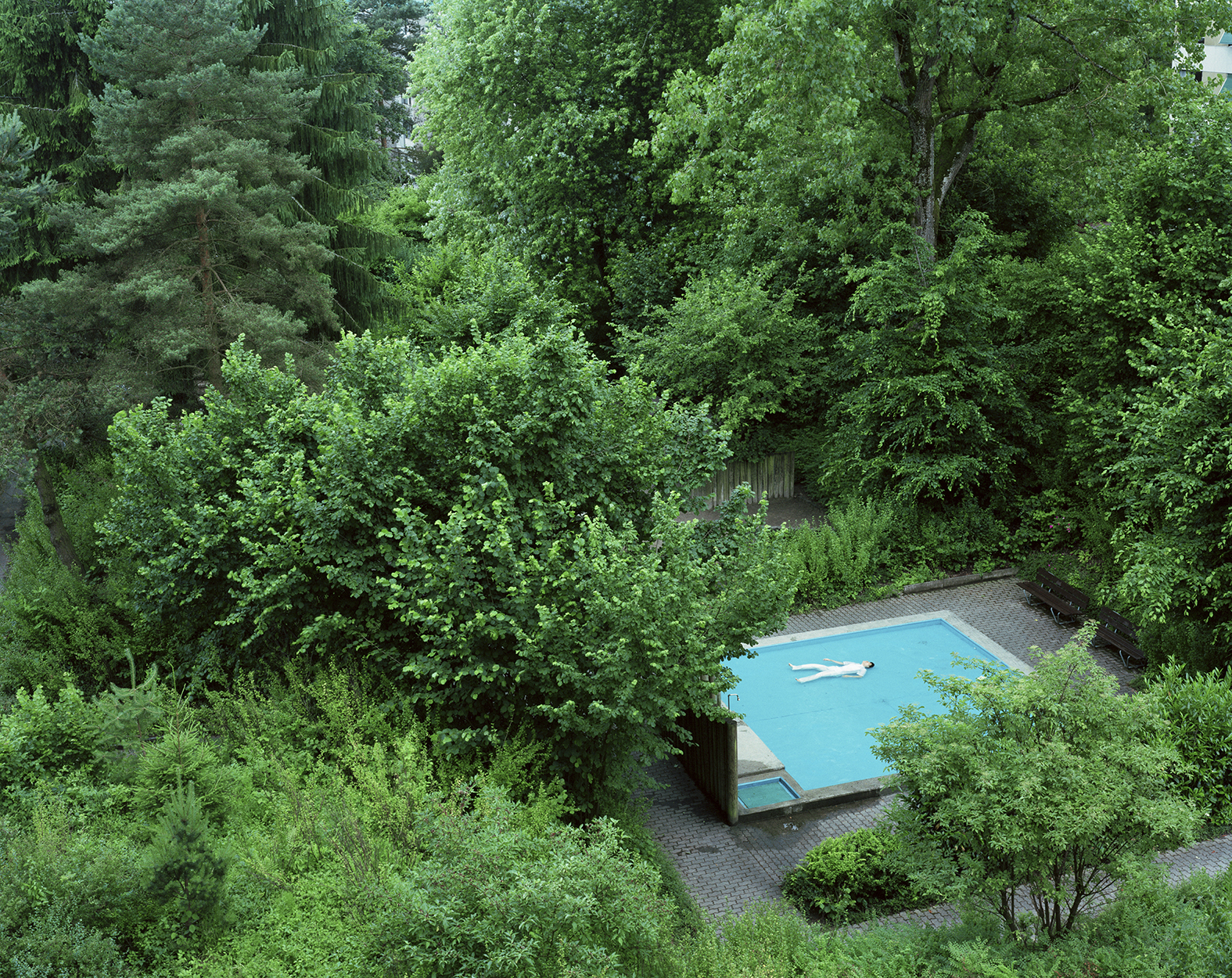 After the 1980s, photography no longer was known for being just an objective medium that records the facts. If we look back at the history of photography, the 1950s introduced a new paradigm for modern photography in which the division between fine art and commercial photography started to become formalized. This appears as a postmodern artistic trend that started in the U.S., and examples of such are tabloid photography and mise-en-scene (directed photography). In other words, photographs were directed through a detailed plan according to the artist’s intention, and it would only be possible to understand the work when the artist’s intention was clear. This trend has greatly influenced the work of Hyun-doo Park and is expressed through his works. His works are thoroughly planned, directed and filmed from countless sketches and preparations carried out through a long period of time. In the 2000s, many Korean photographers were affected by this photographic trend, and without a doubt, Park Hyun-doo has become a leading figure in this field.

Park’s work starts from the time when he was studying abroad in the U.S. and he has many internal actualizations about who he was, as an individual living in a foreign country. A large part of his artistic inspiration came from his efforts to express his unique perspectives on being a stranger in an unknown place. The idea of a stranger, for Park, is divided into three categories: a stranger of the physical space, a stranger within the space of media, and a stranger in a modern society.

Stranger in the physical space: The first series titled “Goodbye Stranger 1,” focuses on showcasing the physical. This series was a self-portrait of the photographer himself while he was living in the New York in the early 2000s as a student. While the background of the images may be of familiar places such as parking lots, rooftops and swimming pools, he intended to make the viewers feel strange and out of place. As a foreigner and as someone who felt like a stranger himself, he placed himself as the protagonist of the images and used theatrical elements to highlight his distant psychological state and feelings of being misplaced. 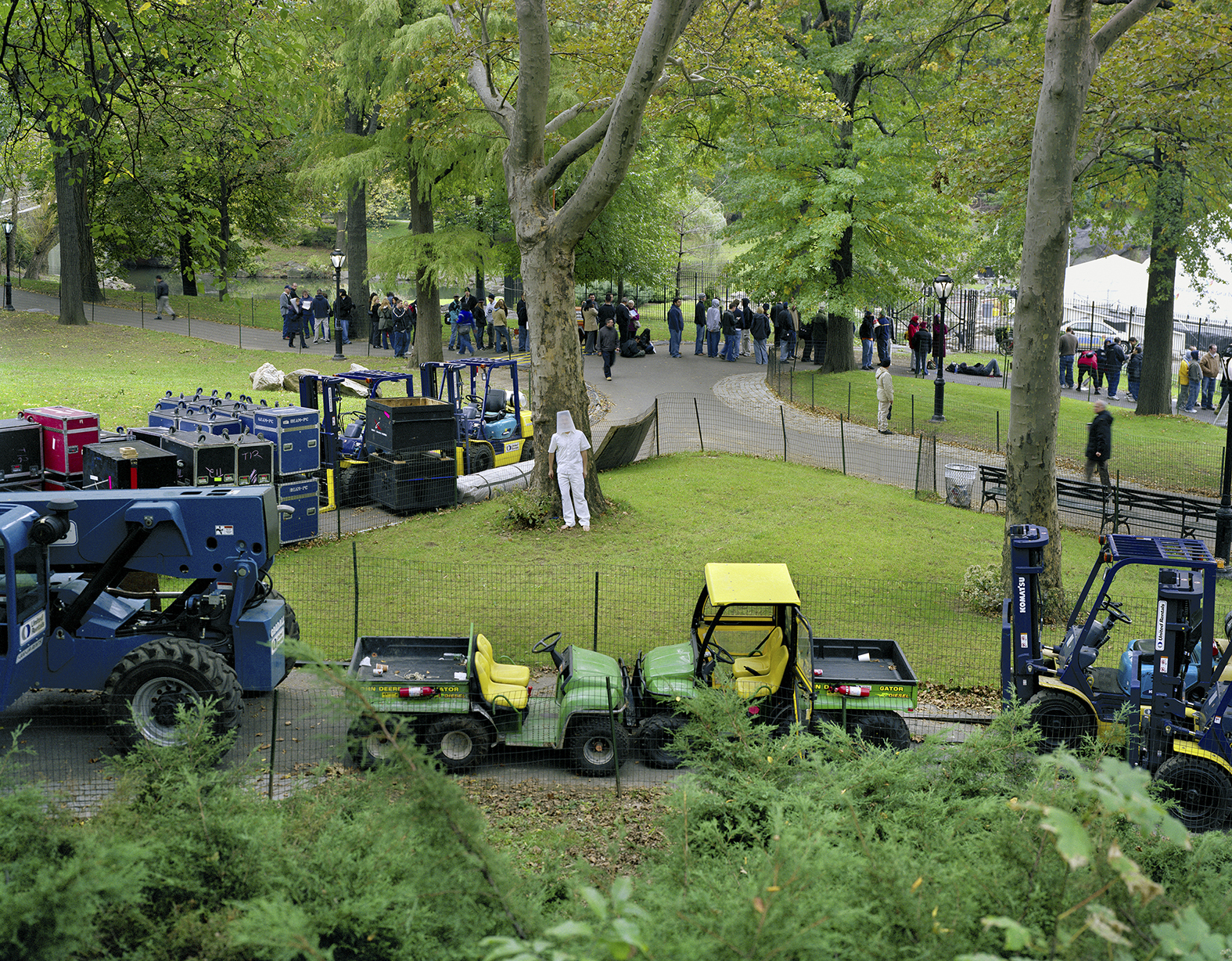 When I came abroad for the first time, I was a stranger in my new surroundings. Since then, I have continued to feel discomfort and vulnerability almost everywhere-walking on a city street, resting on a public bench, or looking in a shop window. No matter where I am the cultural differences between Korea and America are extreme. I am a stranger here. I don’t even fully understand who the strangers are, but I know I am one of them. There are exact rules, codes of conduct in Korea that define proper behavior. There, I know how to perceive or recognize myself. There are fewer rules in America. Thus, I feel extremely vulnerable here. This anxiety, paranoia, and delusionary thinking made me begin a series of self-portraits.

I integrated myself into Surroundings, or backgrounds of the self-portraits. Within these portraits, I can recognize a deeper level of my identity. My pictures reveal an incongruity between my natural character and this foreign, or alien environment.

I strongly want to assimilate myself, to be part of this city where I live. I, therefore, placed myself within the cityscape or landscape. I’ve tried to find the relationship between me and my alien environment. In this attempt, I recognize myself as a stranger escaping from a stranger. 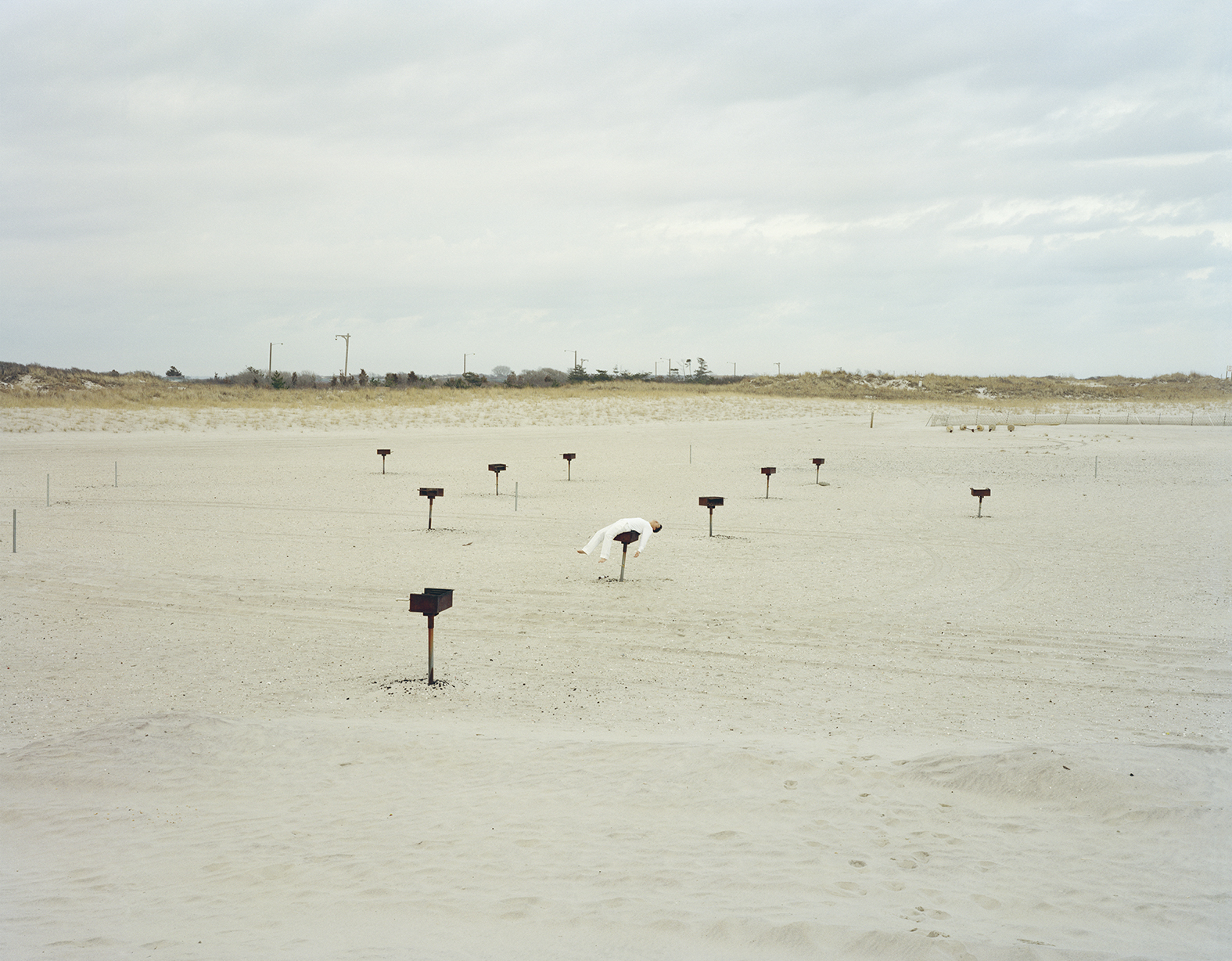 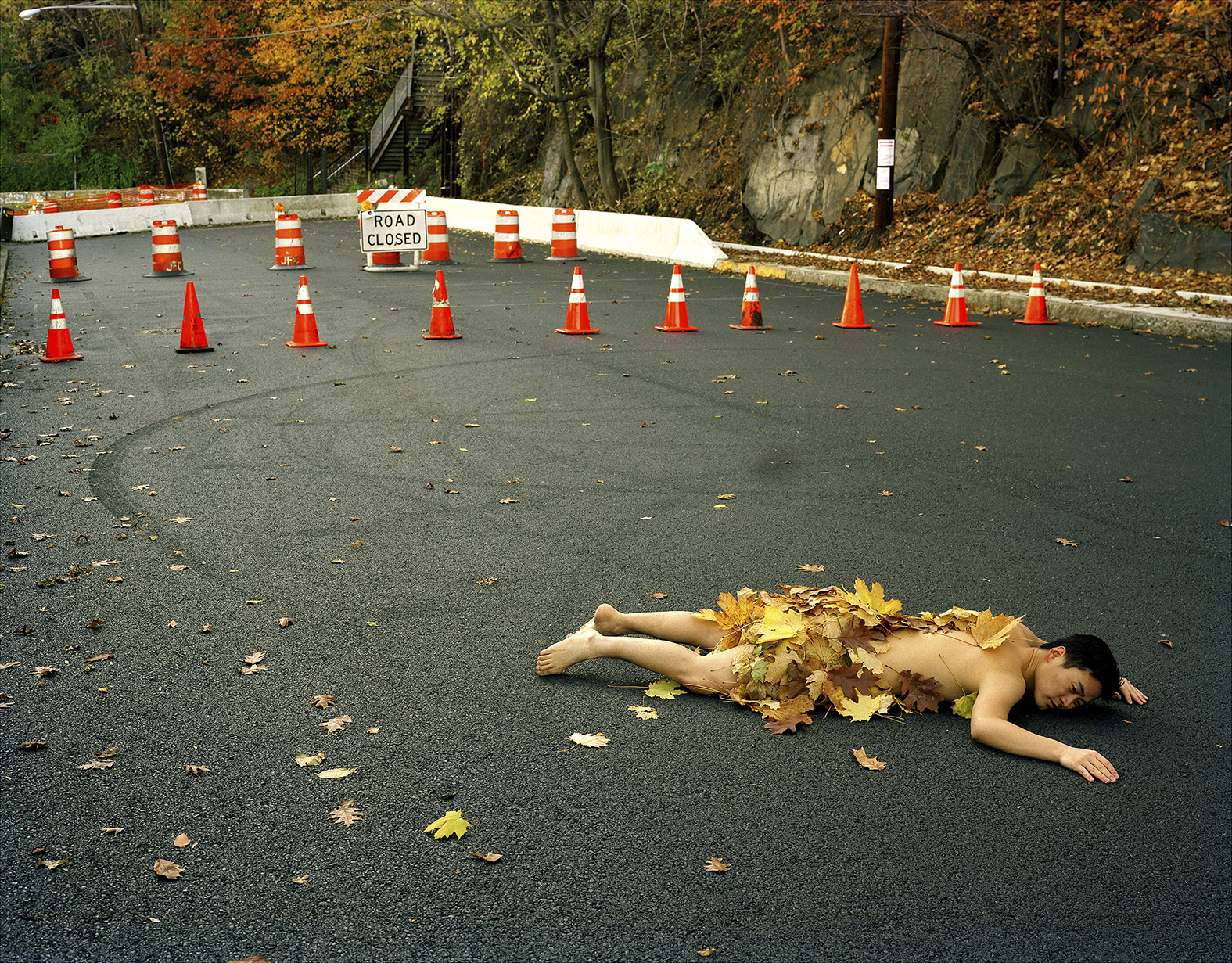 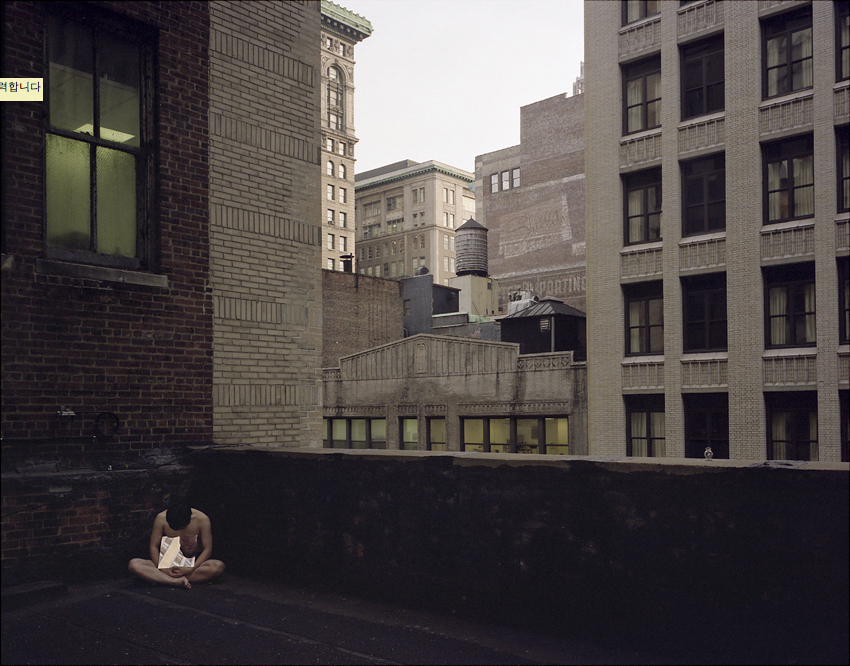 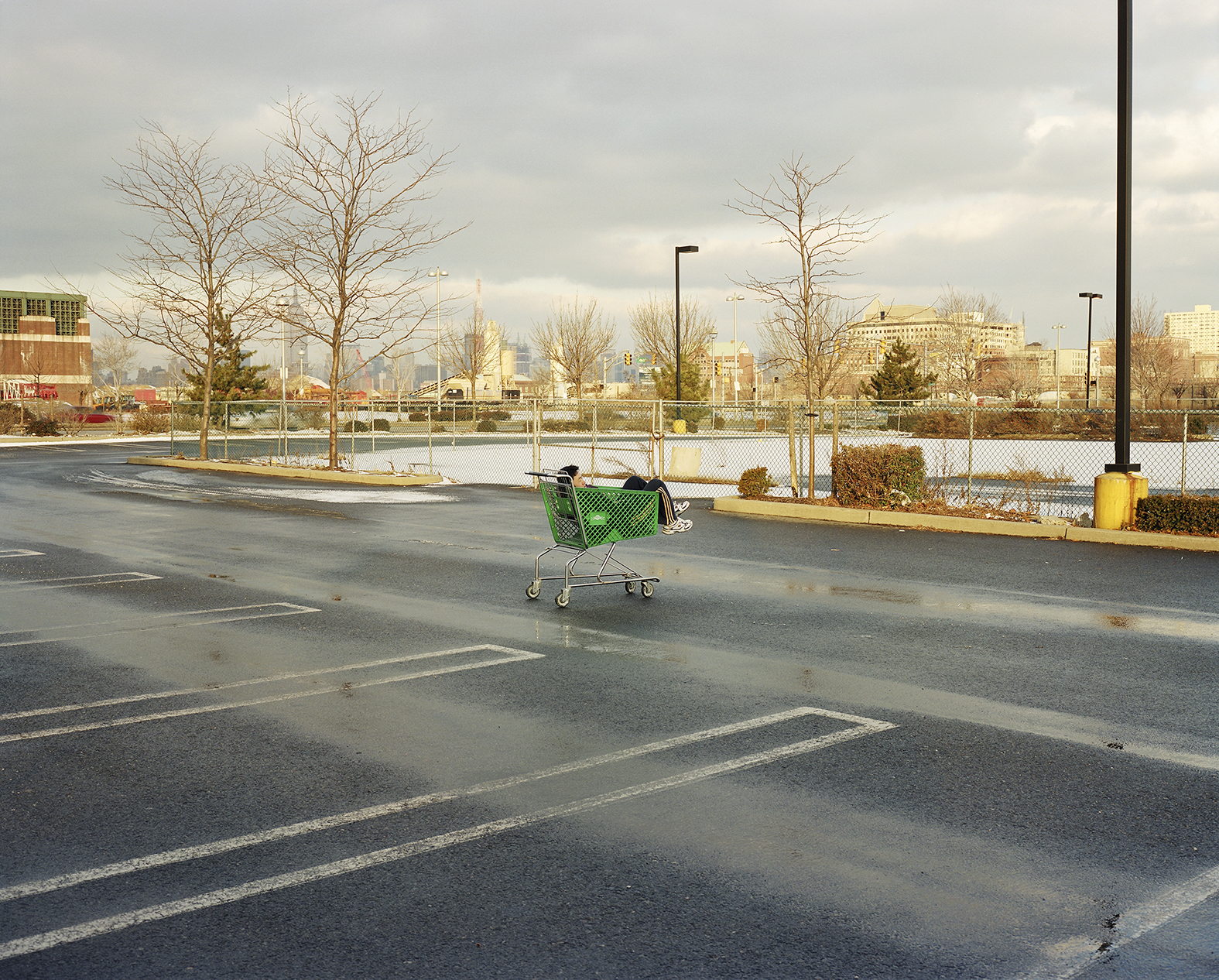 The second stranger classified in Park Hyun-doo’s definition of “strangers” originates from a more one-dimensional and materialistic state of being. In this series, Park pays attention to the appearance of strangers in our modern society. He expresses the definition of spectacle society as mentioned in French sociologist Guy Debord’s “Domination of spectacle and Self-alienation of Human beings.” The spectacle society, as Guy Debord says, values ​​virtuality over reality, copies over original, and outward appearance rather than essence. In other words, he prefers the artificial, and believes that the individual’s subjectivity is lost by the force of the society that is manipulated materialistically and mechanically. This leads people to become slaves in the spectacle. In Goodbye Stranger 2, Park recreated a mannequin-like look through his subjects in a huge and colorful studio set in a broadcasting station. Within the splendor and glamour of the media, Individual opinions and thoughts are masked by the splendor and glamour of the media set. Further, through this concept of strangers, Park expresses the emotional isolation and the weakness of individuals who are being marginalized in the material-rich life of our modern society.

Television and the programs produced by the studio networks, in theory, exist as a means of connecting us with others in the world but paradoxically they also create an environment where the individual viewer remains disconnected with society. We sit in our ¡®cells¡¯ (living rooms) absorbing such programs without realizing that in the process we isolate ourselves from reality.

There is a temporality associated with modern media. This becomes visible when studio sets are often set up and dismantled everyday. The purpose of these sets is to project a surface that is perfect, fun-filled, acceptable and above all marketable (to not only for higher viewing figures but also to bring in advertisers). The gloss of the artificial surface hides reality, the viewer will in all likelihood never see.

My interest was initiated by two elements associated with television studio sets – the glossed-over surface and the darker reality – which seems to reflect modern society. The series has a two-fold role. Firstly, as a critique about the media, distribution of mass culture, its ability to empower the individuals/society and the merging of reality and fiction.

Secondly, by actually placing real people (not actors) who are not part of the television production process within the artificial setting of the real Korean network studios, I empowerthe individual to create their own fiction on stage. 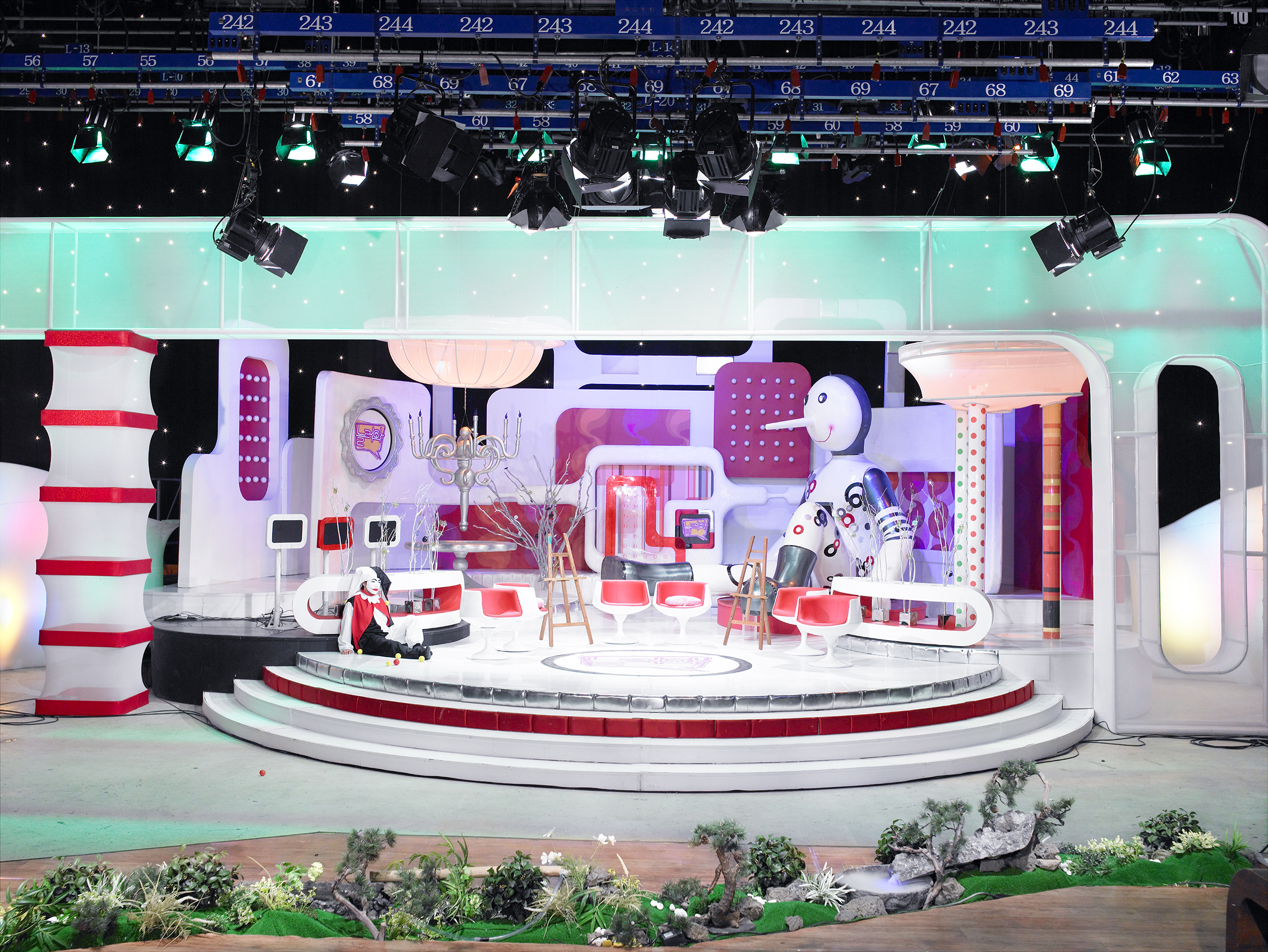 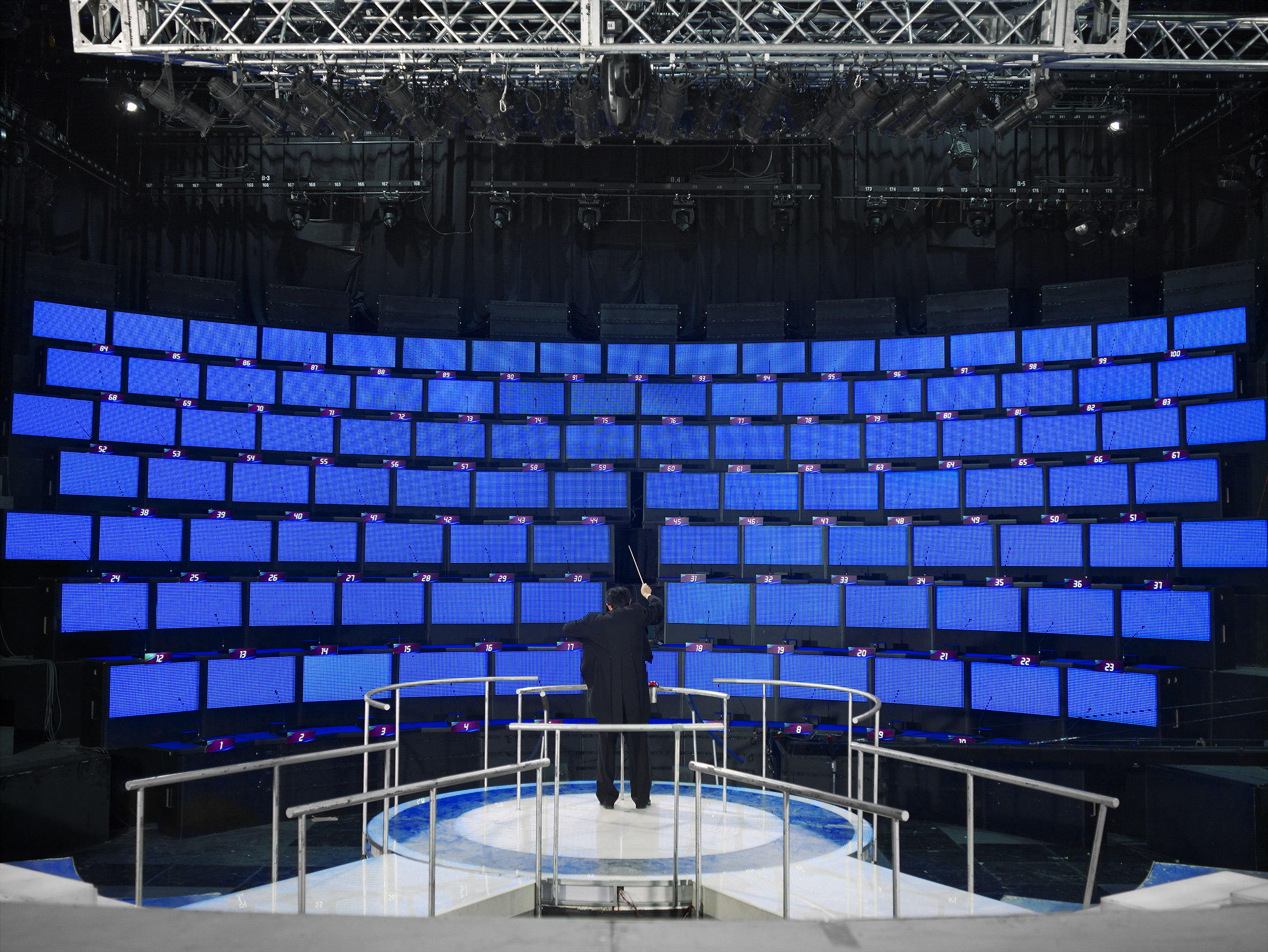 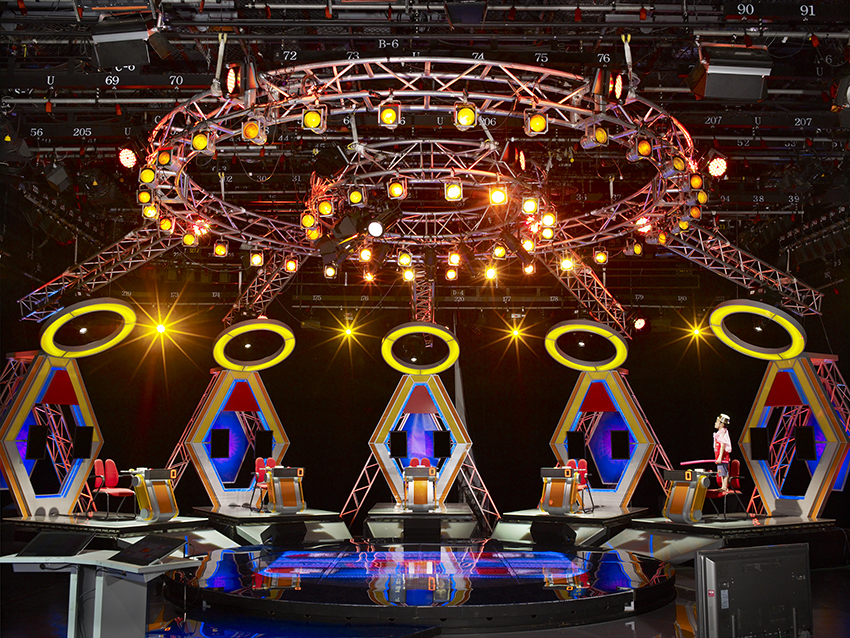 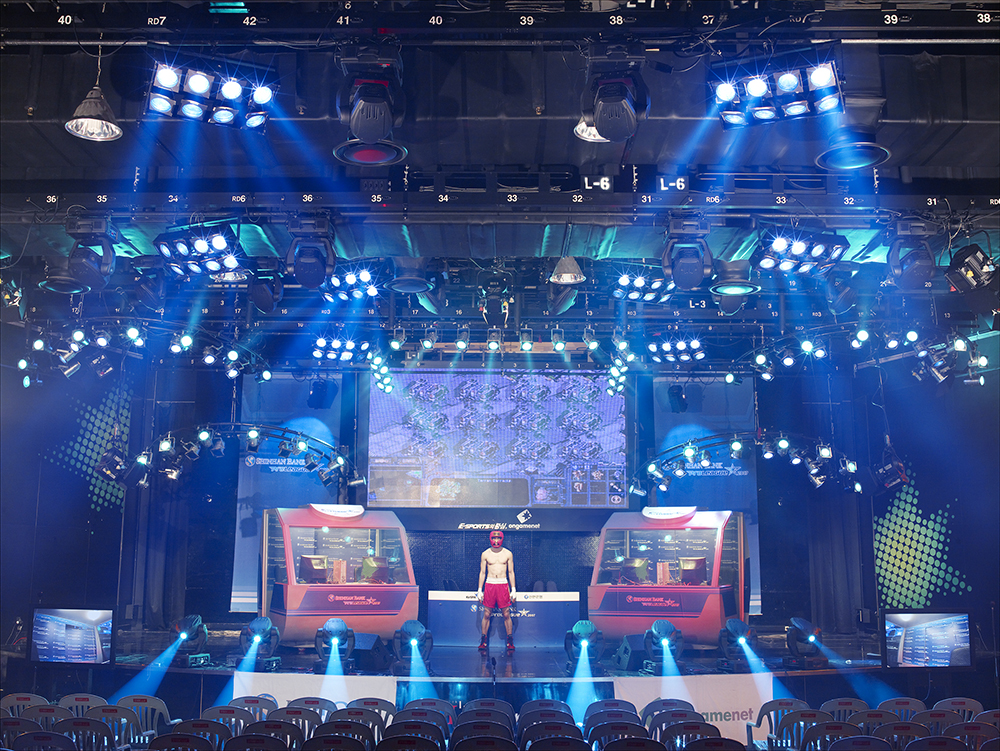 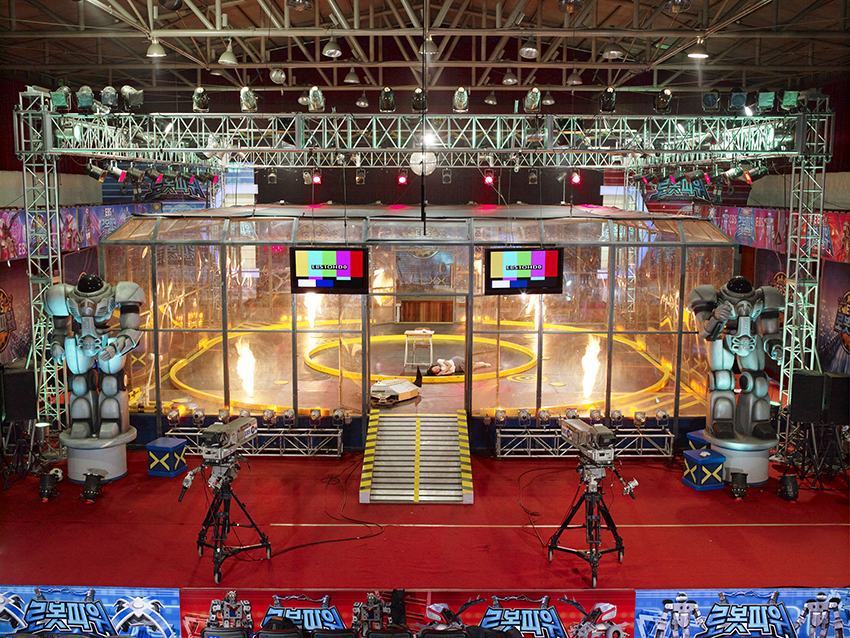 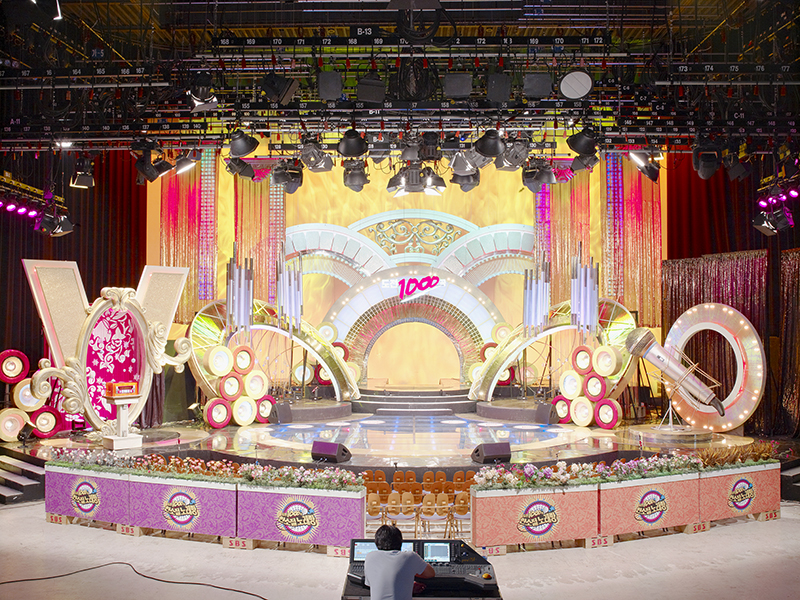 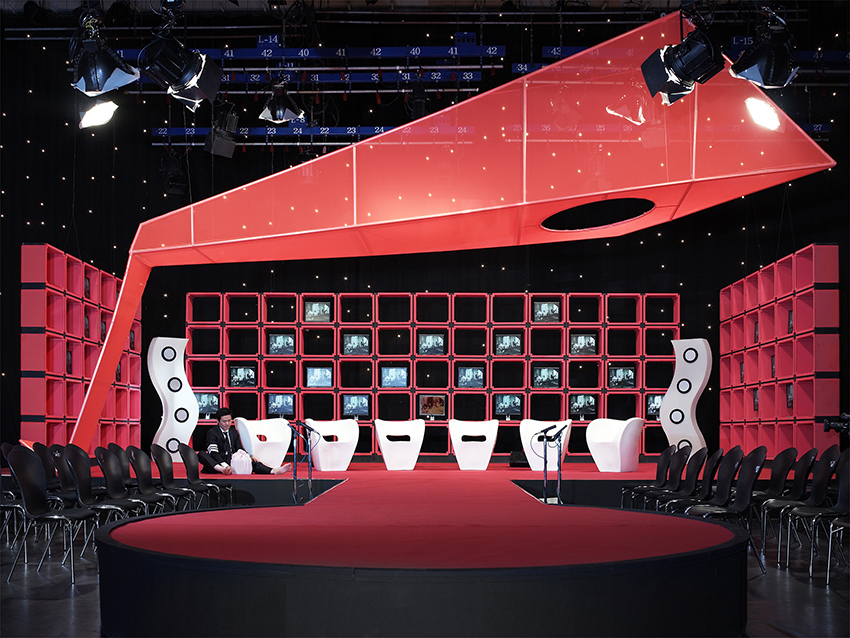 Goodbye Stranger 3 is a playful project addressing a small group of people before an enormous stage. It has two intentions. One is to re-illuminate insignificant beings in contrast with the complicated, spectacular stage set, (extending Goodbye Stranger 2); the other is to represent unfamiliar individuals in familiar space, considering them strangers.

Individuals are significant and simultaneously trivial in our enormous, complex contemporary society. They assume the roles of protagonists and at times strangers in many fields. Like one who turns the pages of a piano score, small within a concert, contemporary people tread the tightrope between communication and exclusion.

I will represent their passing through daily hardships and sense of insignificant presence in an affectionate, playful manner. 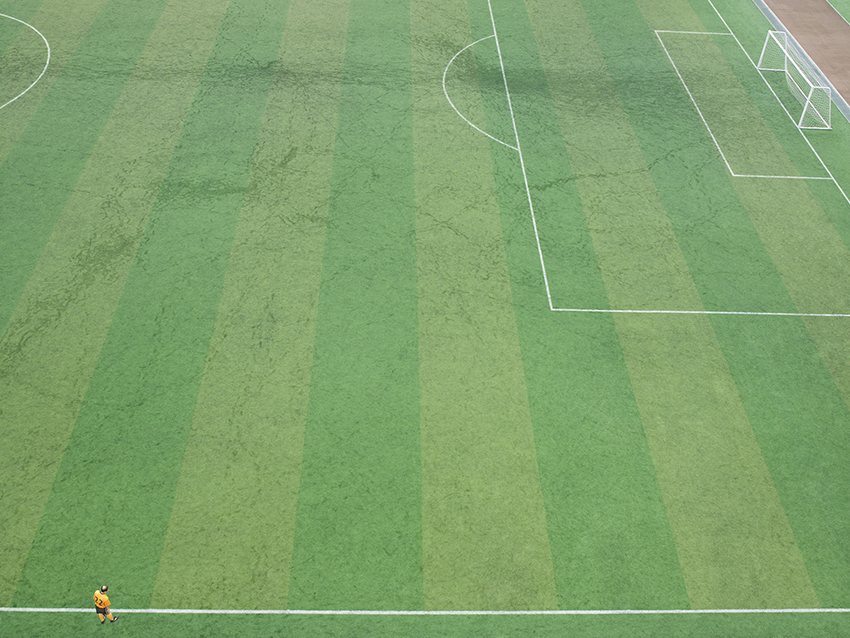 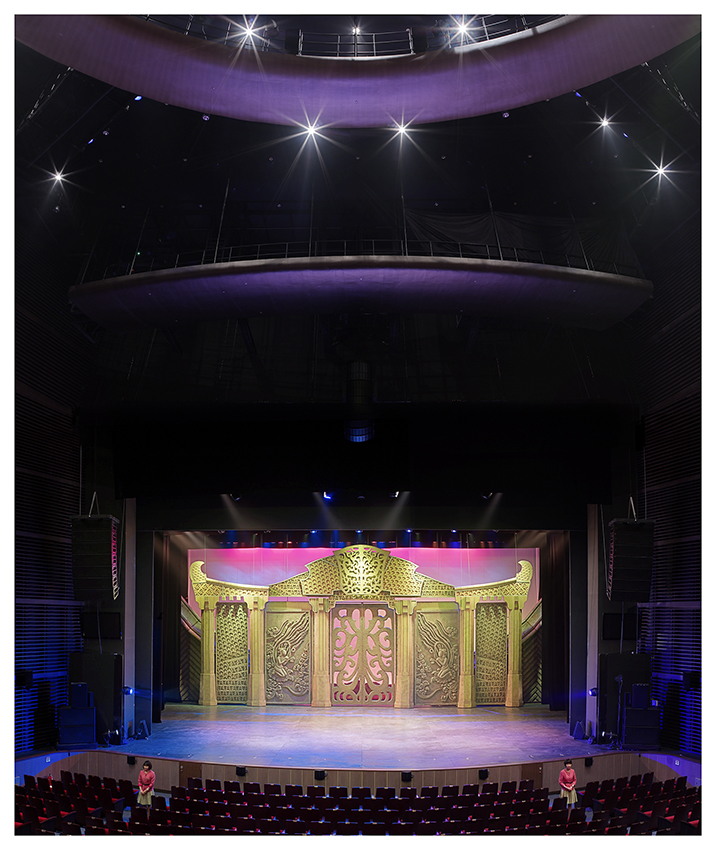 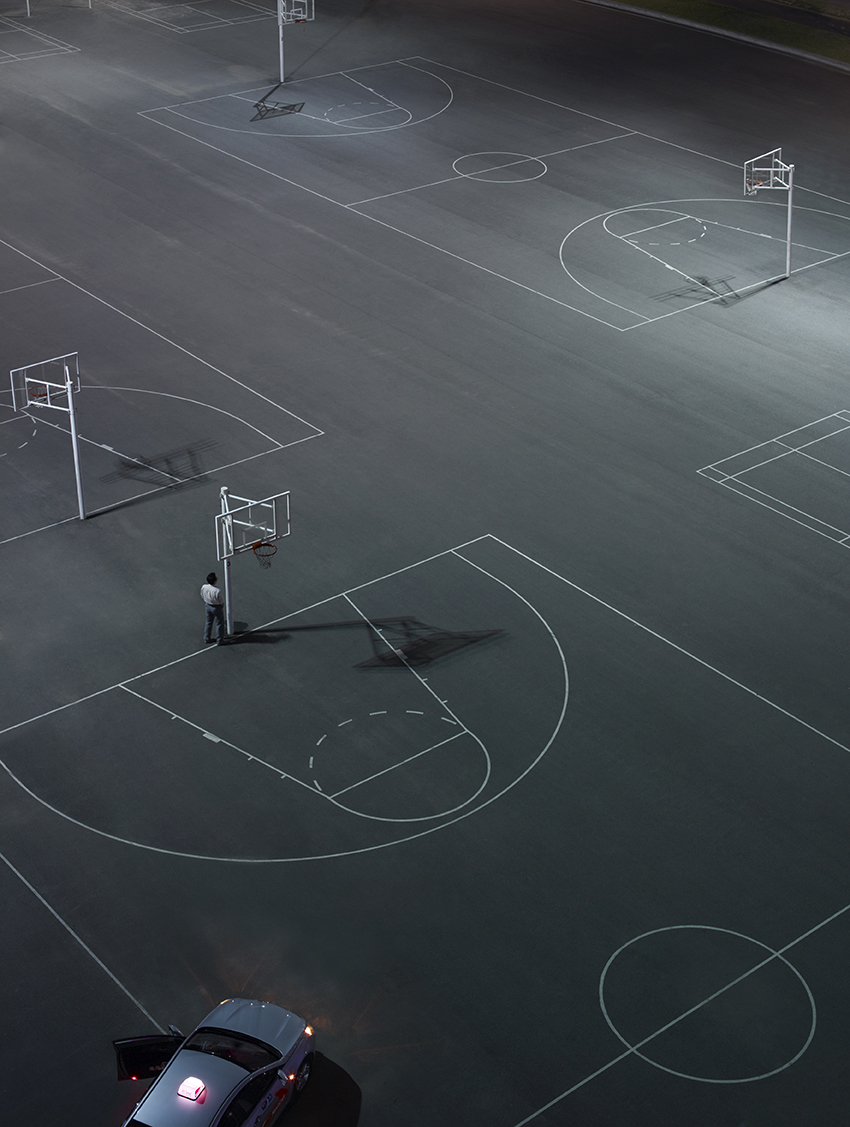 Park puts in at least one year to plan and prepare for his projects. The cost for his equipment and operation is hefty. However, he is an artist who dedicates his work to the most purest purpose: for his artistic vision. And because of that, he always figures out a way to make his projects come to life.

His third conception of strangers is well expressed through Goodbye Strangers. This last concept goes beyond just the physical and one-dimensional elements discussed previously. People in the modern world exist as strangers in society through various forms. With so many standardizations and mechanicalized structures placed in our world today,  it gets harder for individuals to climb out of emotional and physical alienation. Basic human dignity feels like it is disappearing by enormous power and a lot of that dignity is driven by the ideology that the larger system has created. Focusing on these modern people as strangers in modern society, his works are detailed, yet overbearing. Park’s work can be seen as a performance piece that also includes a simple photographic video. The work of Goodbye Strangers was a huge performance and simultaneously was recorded via photography.

SL: Each one of your series is a very large endeavor…please tell me about how you carry them out and what process you take to achieve them.

HP: My work process largely follows a project approach. After I come up with a key concept, I then think of smaller, interconnected ideas. When the topic is finally decided, I explore different formatting options and start to sketch them out. Using the sketches, I simulate them to see what resources I’ll need. These initial steps are very important to me, and I try to finalize them as much as I can before I actually start shooting.

SL: Looking at your work, I am curious to know how you raise such huge amounts of money.

HP: A large part of the finances comes from my awards and from teaching students.

SL: What is one of the hardest parts of working on a project for you?

HP: For me, it’s safety. A tiny mishap or carelessness can lead to a major accident, so I do a lot of pre-work and testing before I go into the actual shooting. For example, there have been projects where models are tied to the outside of a high-rise building or are dangling on an ice wall. In those instances, a triple safety device is applied, and simulation and preliminary work are thoroughly performed for unforeseen challenges such as the weather.

SL: Why did you decide to take on such a challenging project?

HP: I believe a lot of people in our society today are going to extremely difficult and lonely times. Through my work, I use a lot of physical pain to connect to the mental struggles of individuals’ lives.

SL: The work you do is unfathomable for most photographers for it’s riskiness and challenges. What does a good photographer mean to you?

HP: I think a good photographer embodies honesty and a strong sense of their own artistic philosophy. Rather than basing a photographer’s success on the number of exhibitions they’ve done or the awards they received, I think a photographer worth noting is someone who has an utmost desire to produce work that they believe in and will do anything to make their vision come to life. As such, I think a great photographer embraces a clear identity and is willing to take risks to showcase their artistic self.

SL: What are some of the projects you envision for the future?

HP: I want to create a representation of Dokdo on Seoul’s Han River using Legos. Dokdo is an important place that represents our Korean culture and society and it also is an important community symbol for the Korean people. Through this work, I hope I can provide purpose and inspiration to the South Korean community and I believe Legos can be symbolic of lifting individual’s aspirations up, one by one. 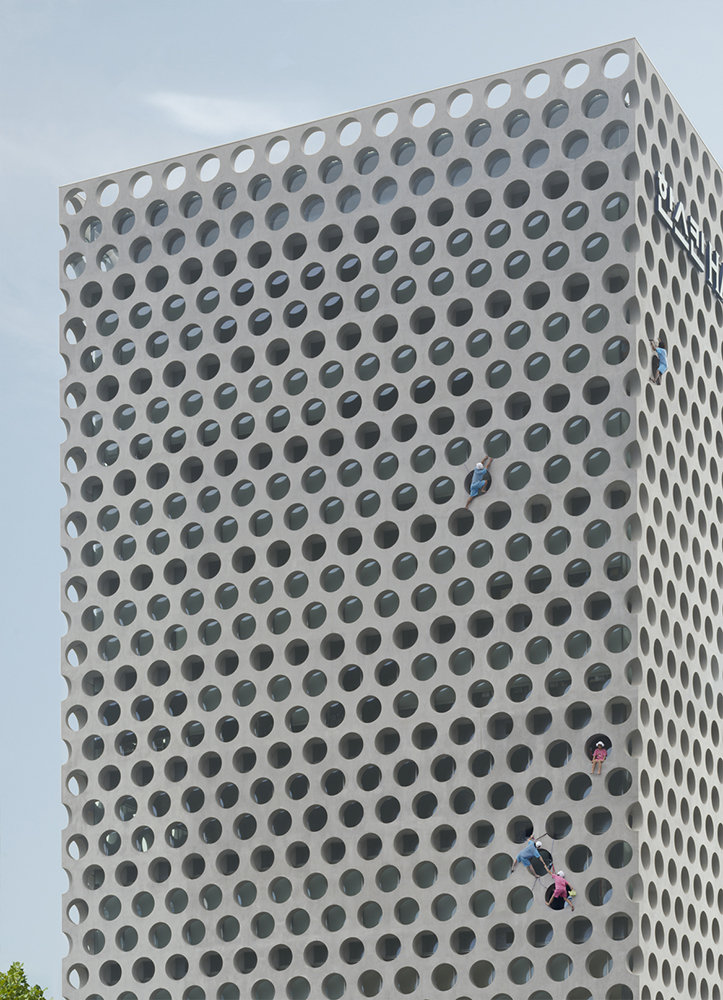 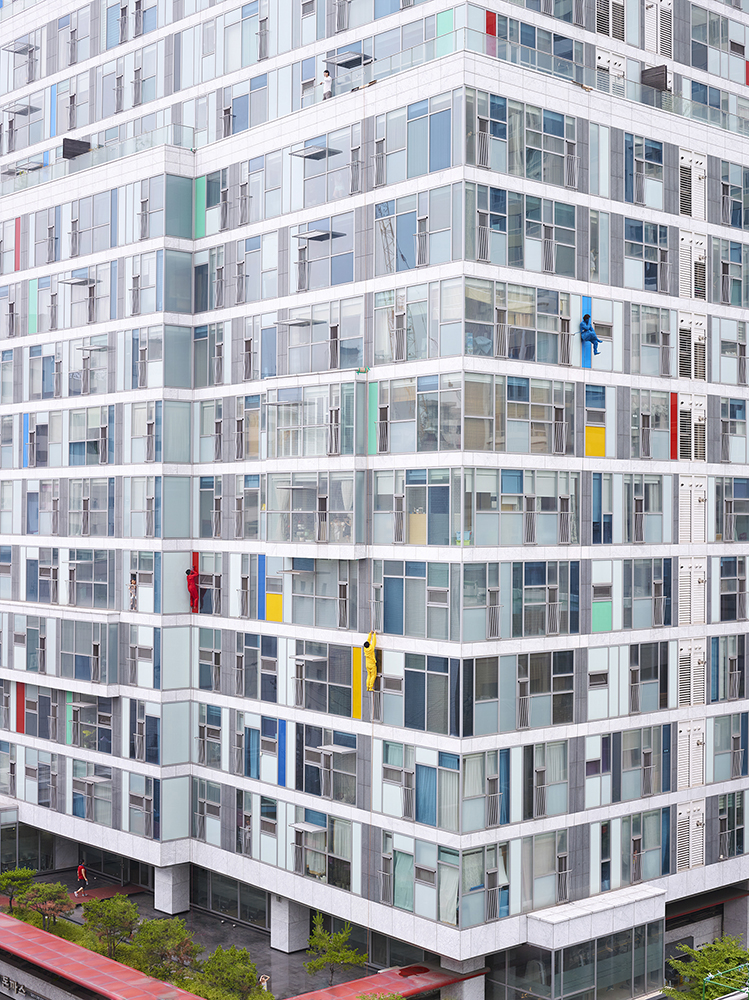 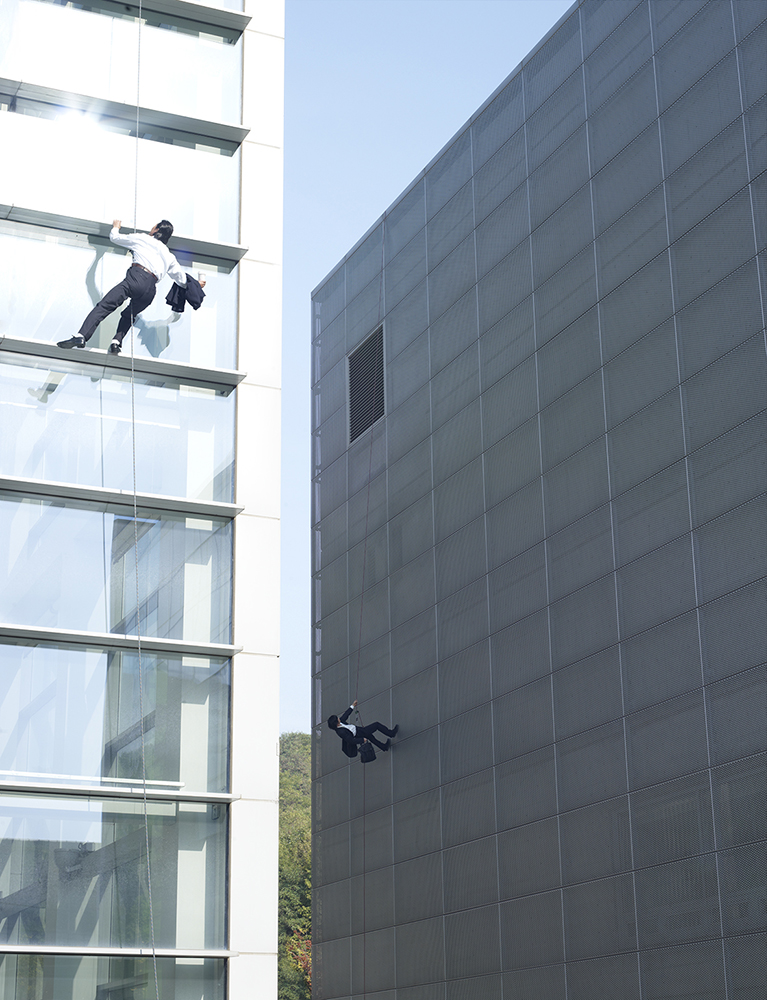 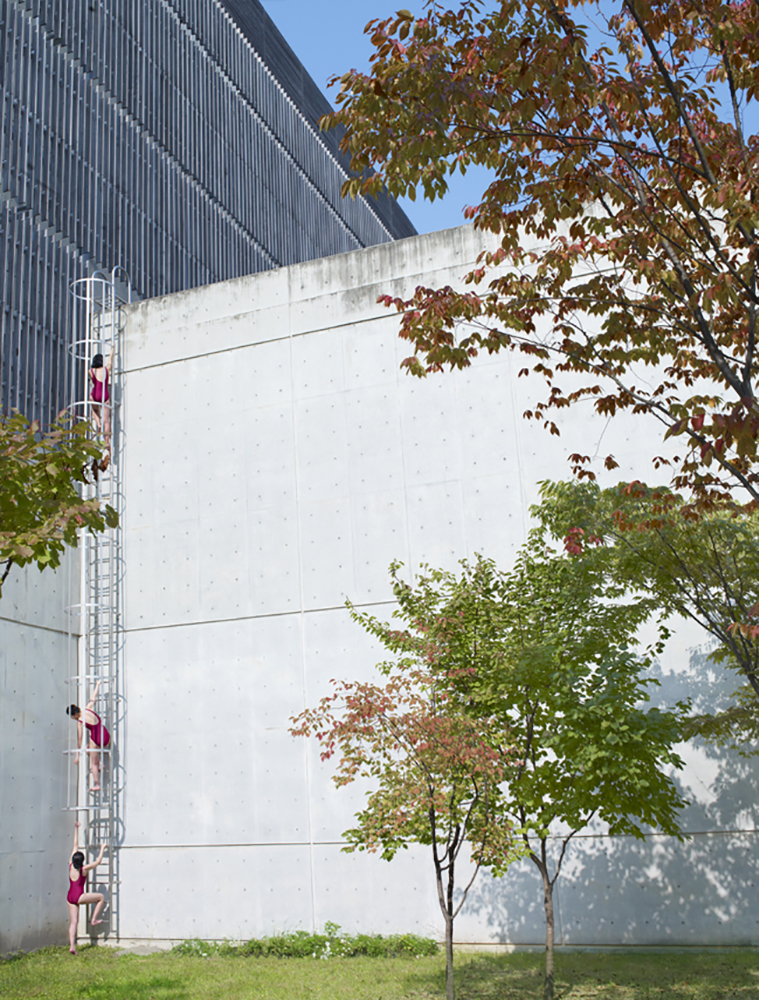 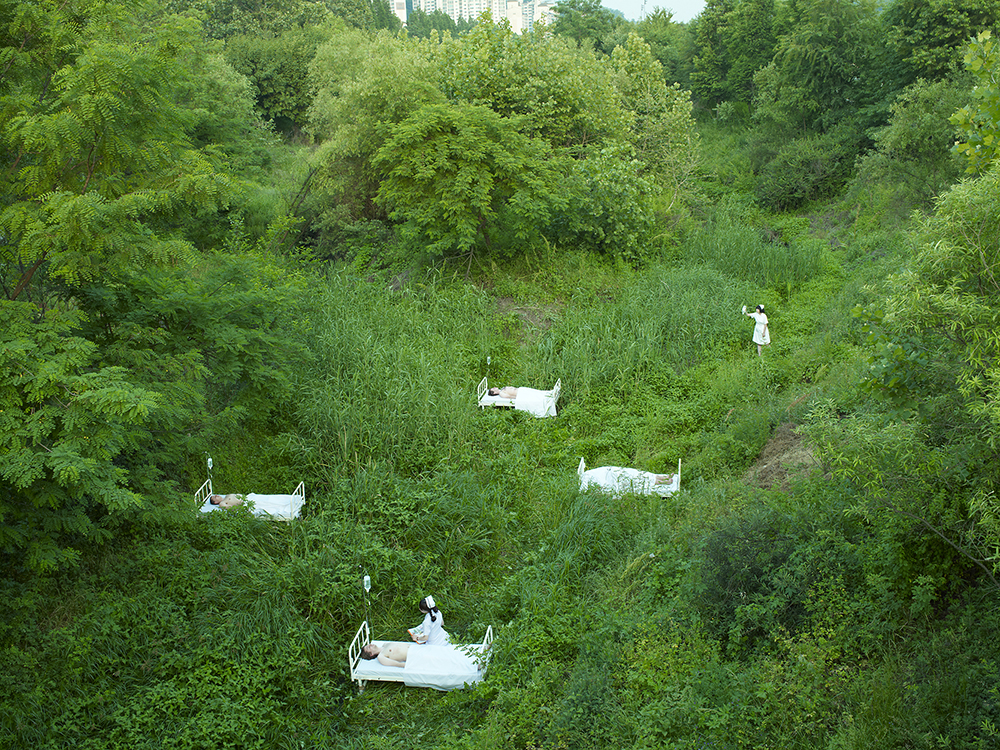